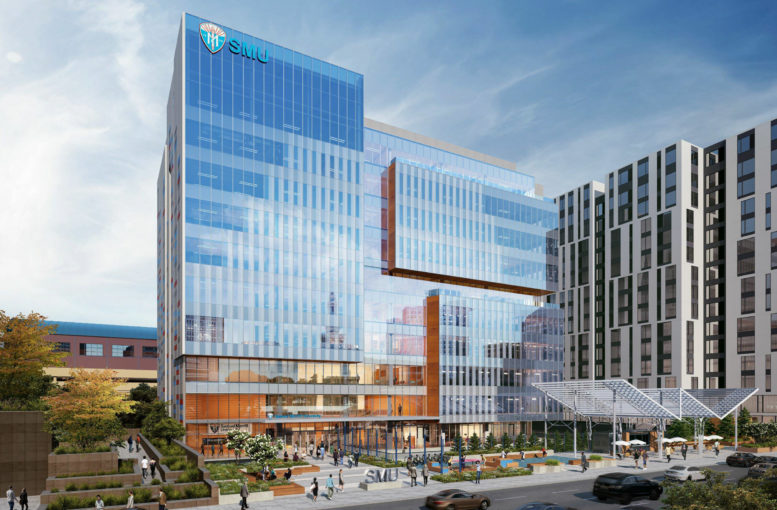 Samuel Merritt University has secured a $139 million bond for constructing their proposed ten-story central campus at 525 12th Street in Downtown Oakland, Alameda County. Along with the bond, SMU is investing $120 million. The over quarter billion dollar investment keeps SMU on schedule for groundbreaking later this year, having received approval in November. Strada is the project developer. 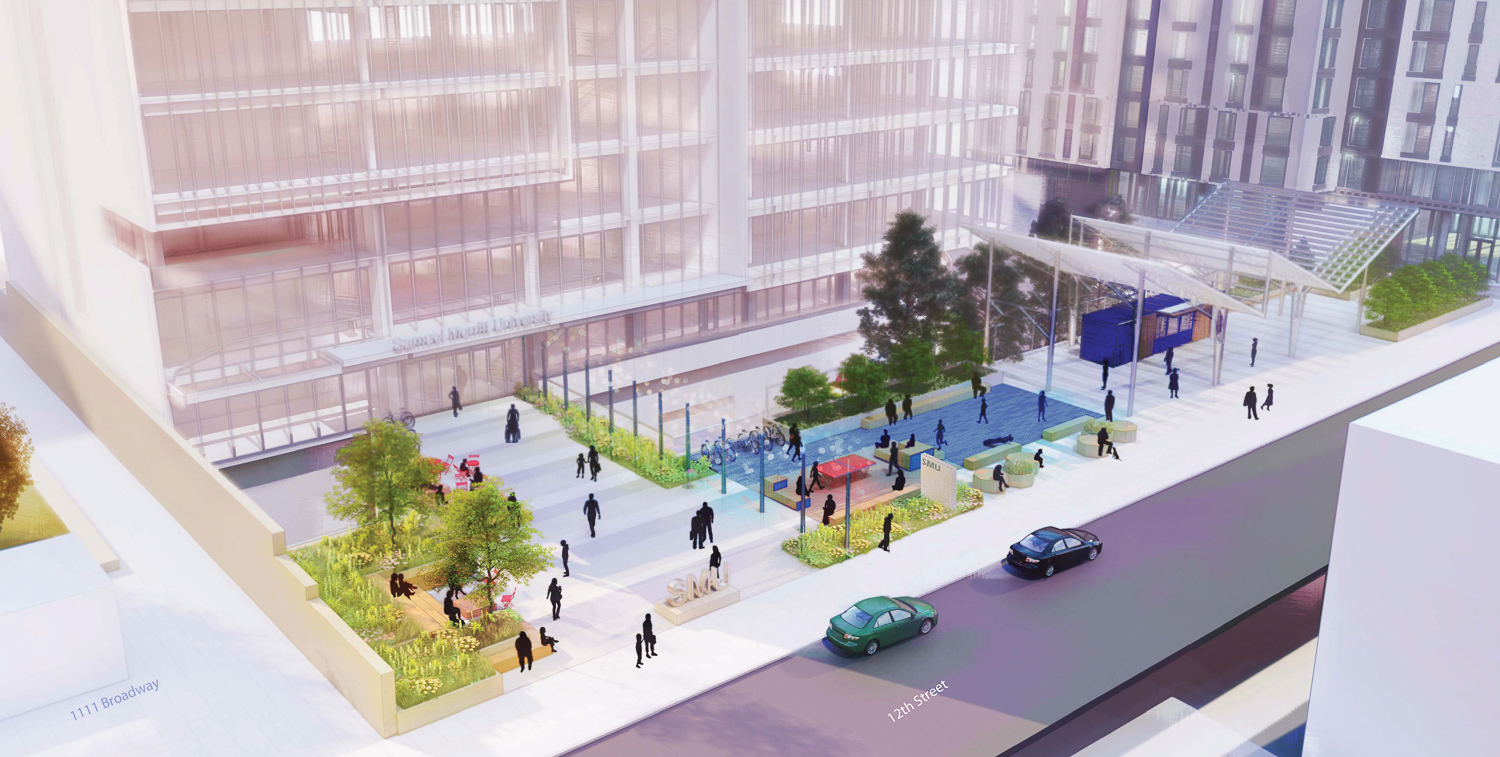 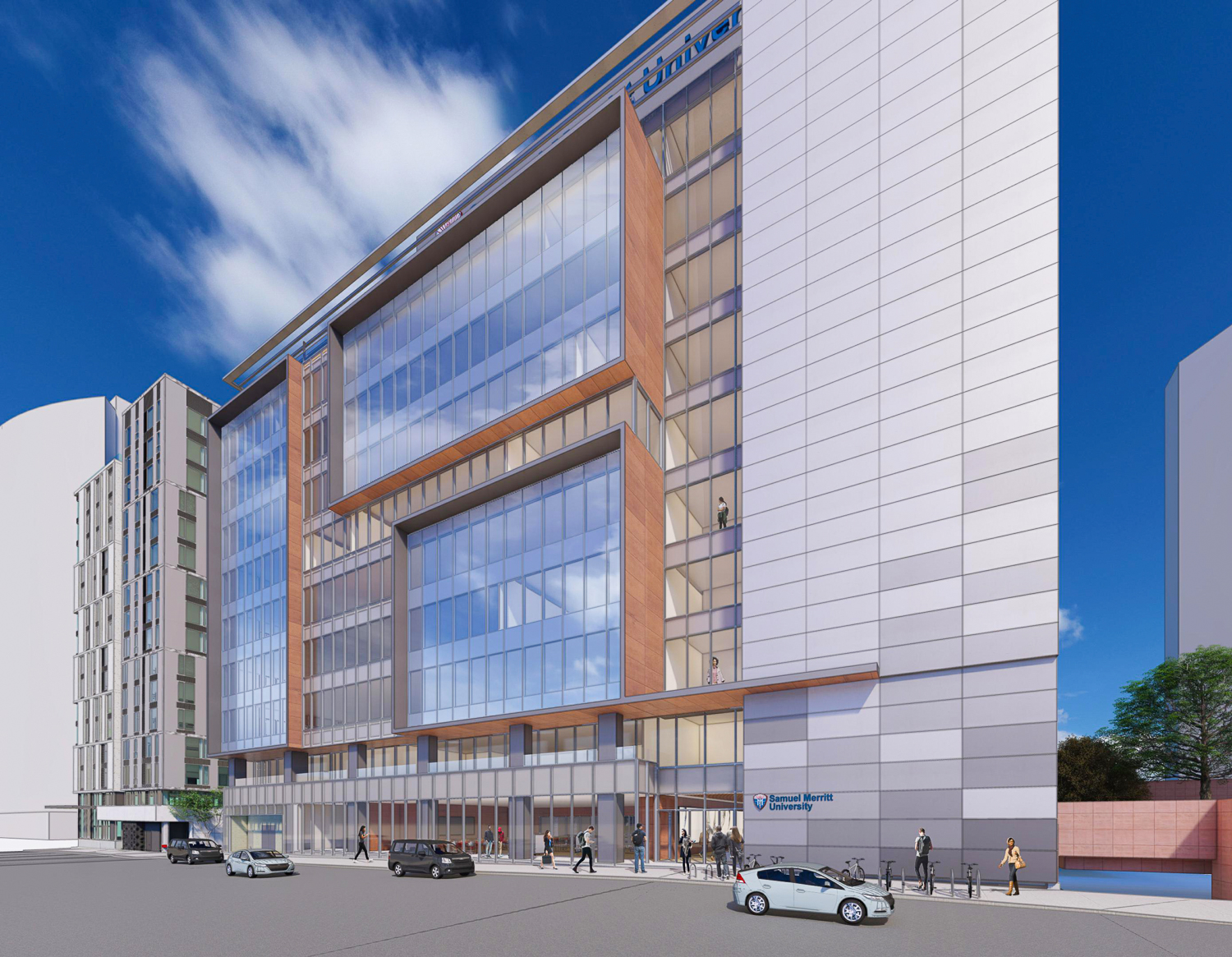 The funding was issued by the California Municipal Finance Authority, with Barclays and Prager underwriting the bond. SMU’s Executive Vice President and Treasurer, Dave Lawlor, said of the news, “the new campus will bring the most advanced capabilities to health science education, including the quadrupling of our sophisticated simulation space. This is all geared toward educating the best practitioners for the coming decade as we combat a critical shortage of trained healthcare professionals.”

The project site is a vacant 0.86-acre lot in the city center. The new campus building will span an area of 237,629 square feet. The new building will feature 20 classrooms, various specialty laboratories, workspaces, and collaboration rooms. The labs will be able to host classes on anatomy, physical therapy, occupational therapy, and podiatric medicine labs. A 41,000-square-foot Health Sciences Simulation Center will occupy three floors. 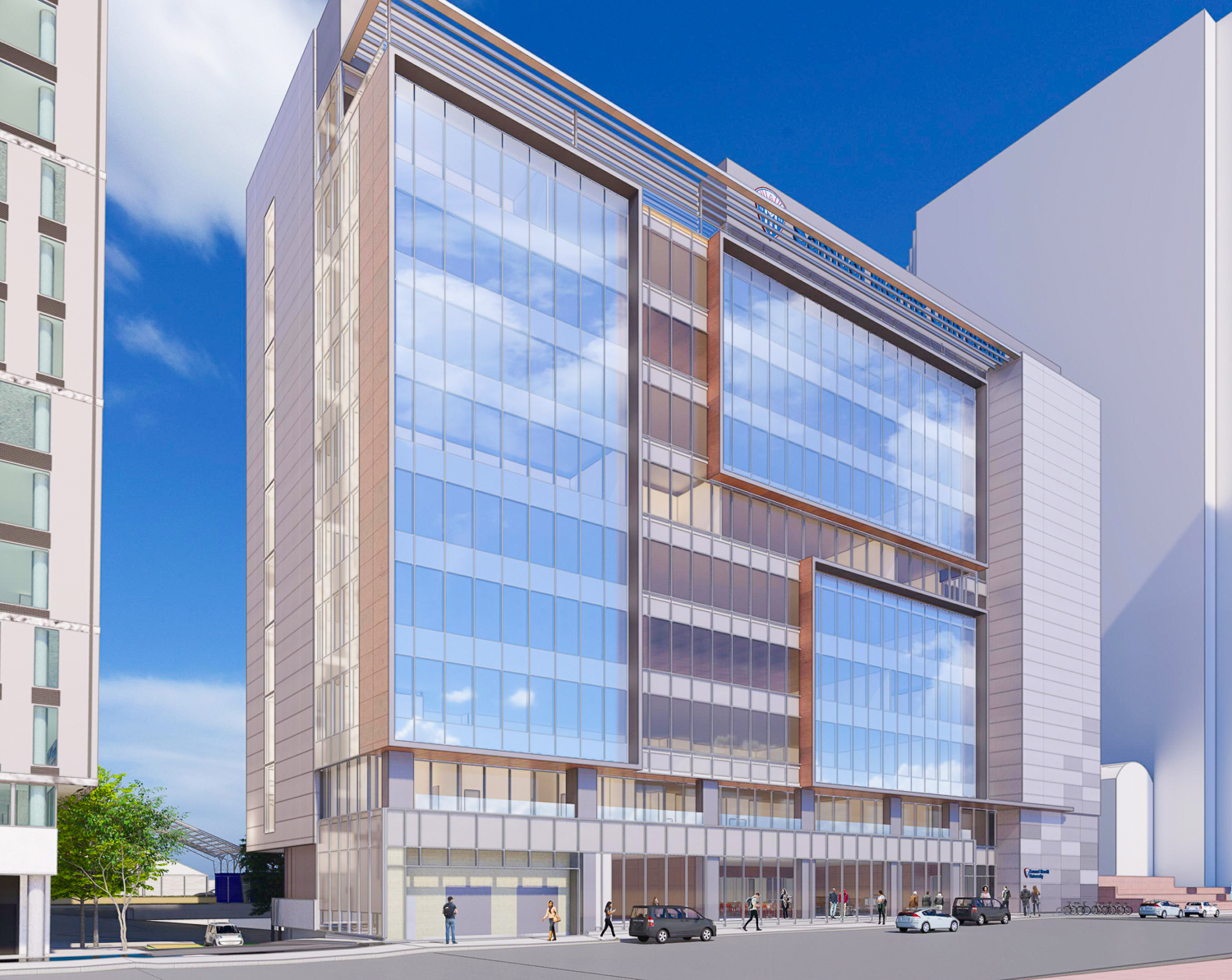 Onsite amenities include a terrace, campus store, study rooms, a counseling center, and a tenth-floor terrace. The top two levels will consist of a library and maker space. Administration rooms will be connected for various needs for SMU, including the College of Nursing Department of Technology, the president’s office, and a board room on the top level.

Ching-Hua Wang, SMU President, shared the vision for how the new hub will contribute to the city, writing that “a new campus in the heart of downtown Oakland will support our vision of doubling enrollment in the next ten years. SMU must grow enrollment in order to address the growing healthcare workforce needs of California and the U.S.” 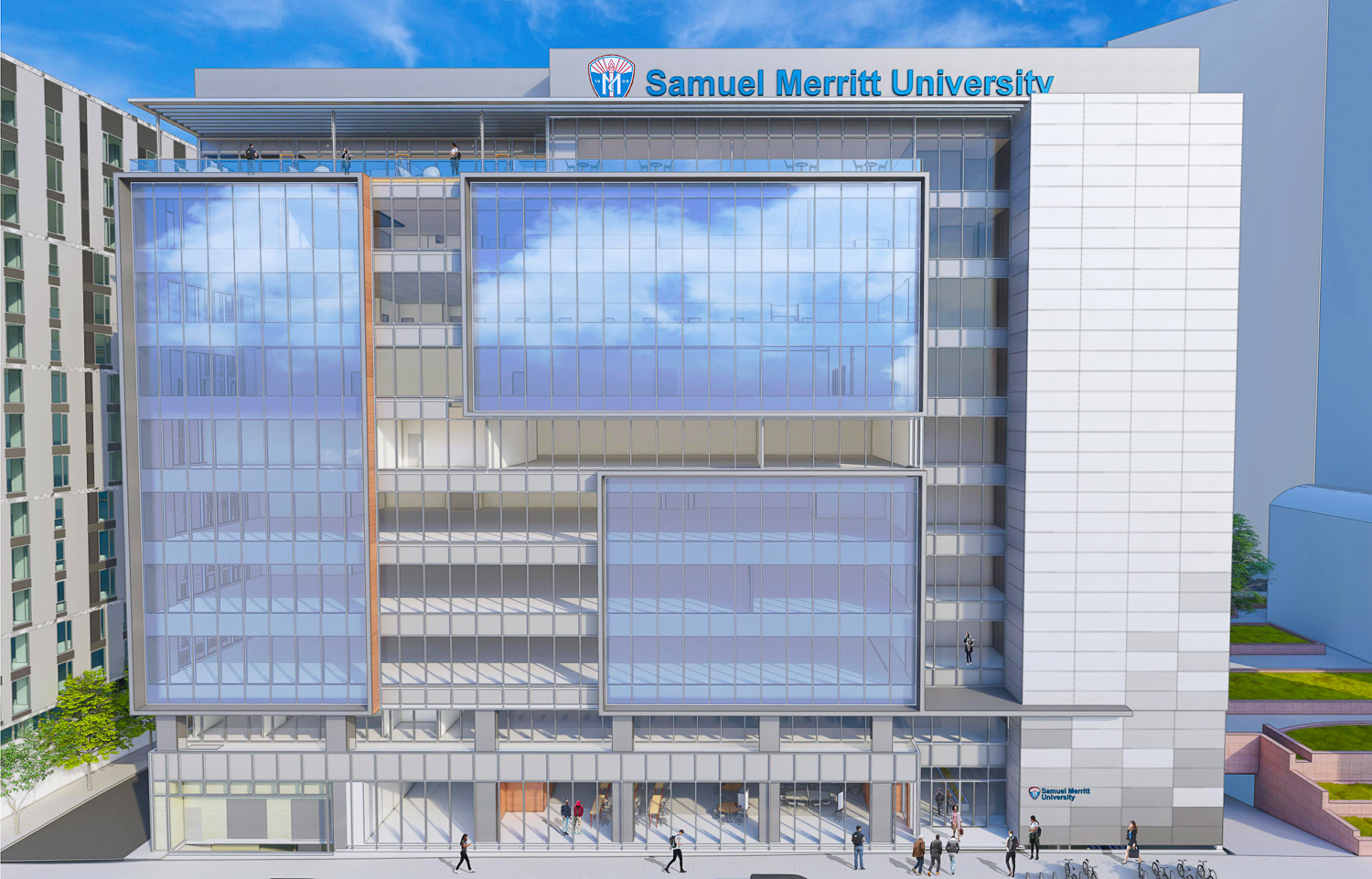 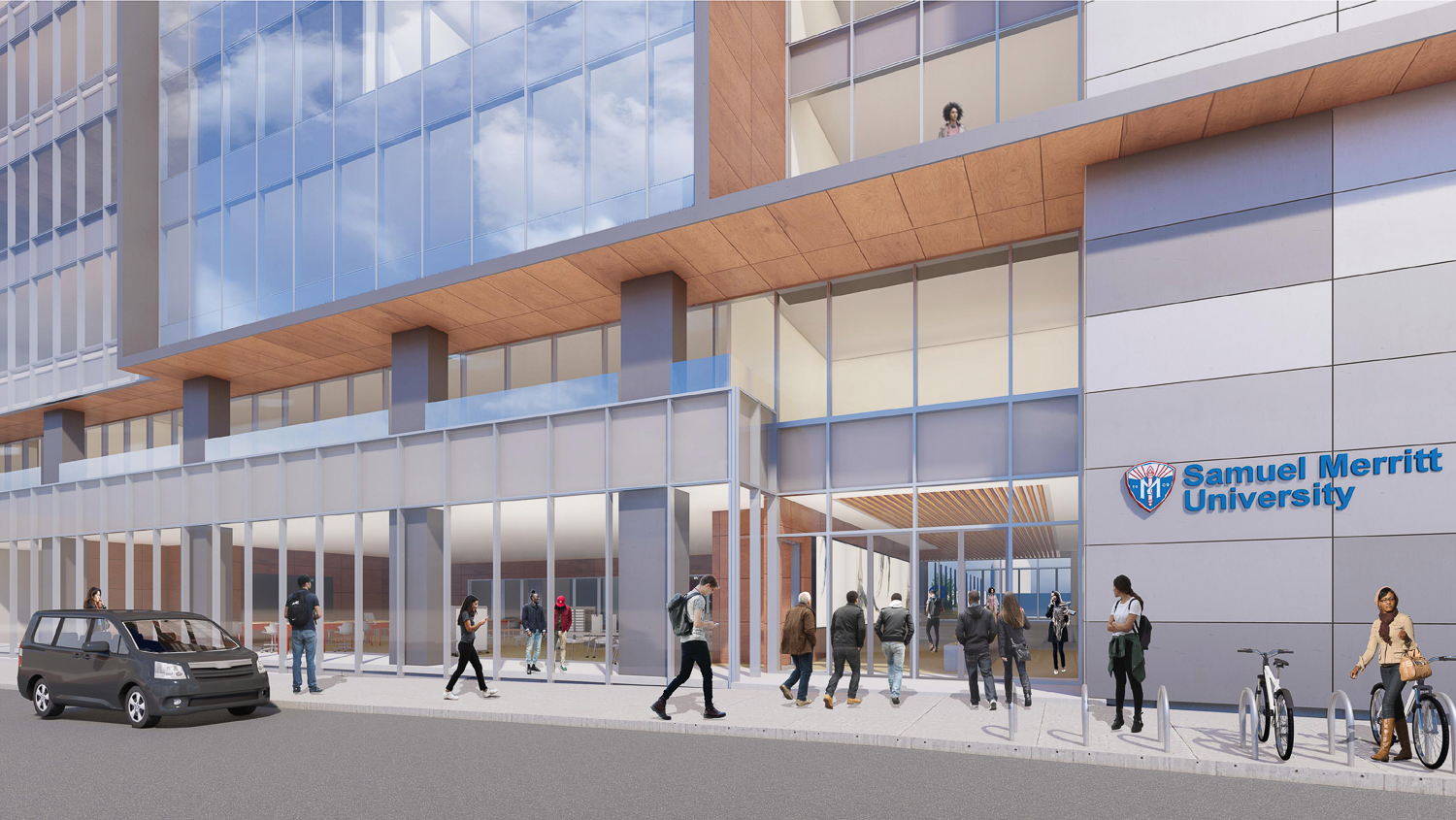 SMU is a 114-year-old private health sciences university with over two thousand students. The non-profit institution was founded as a nursing school and has since expanded to offer degrees for occupational and physical therapists, physician assistants, and podiatric physicians. SMU is based in Oakland, with additional facilities in Fresno, Sacramento, and San Mateo. 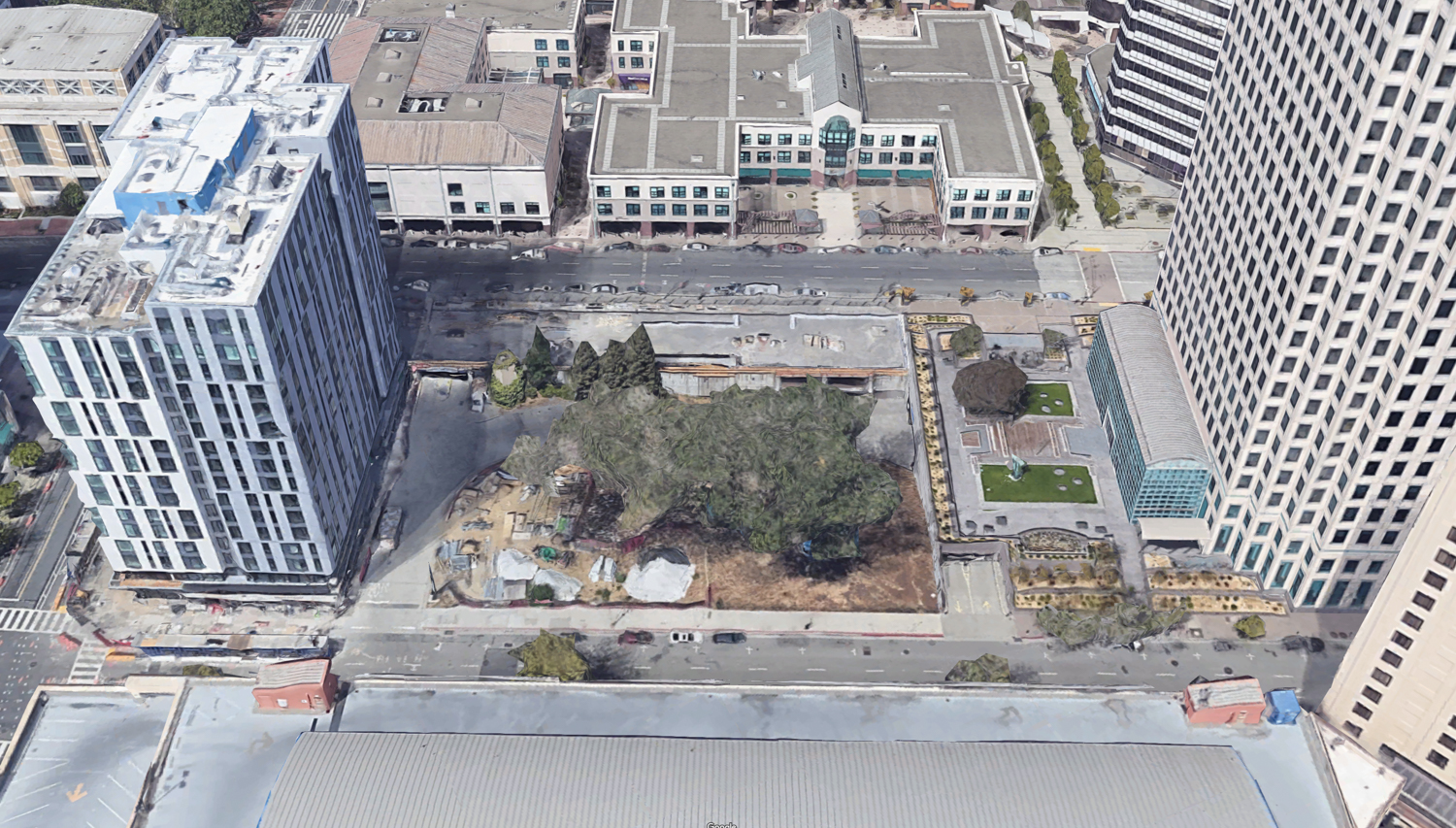 525 12th Street is located in the heart of the city, beside the 12th Street Oakland BART Station. The property abuts 1150 Clay Street, a 288-unit residential infill by Strada.

Construction is expected to start by May this year, with students welcomed by 2026. The construction finance was secured in December, one month after city approval, and announced by the university earlier this month.