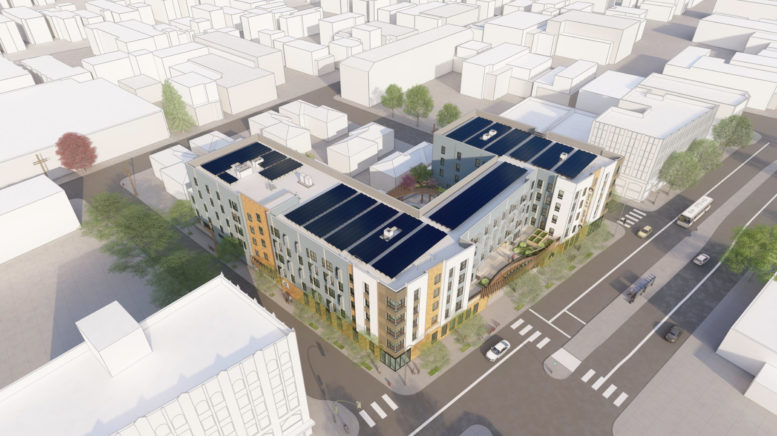 New building permits have been filed for the affordable housing and healthcare proposal at 3050 International Boulevard in Fruitvale, Oakland. The five-story project will create 76 residences and a dedicated facility for the Native American Health and Cultural Center. Satellite Affordable Housing Associates is responsible for the development. 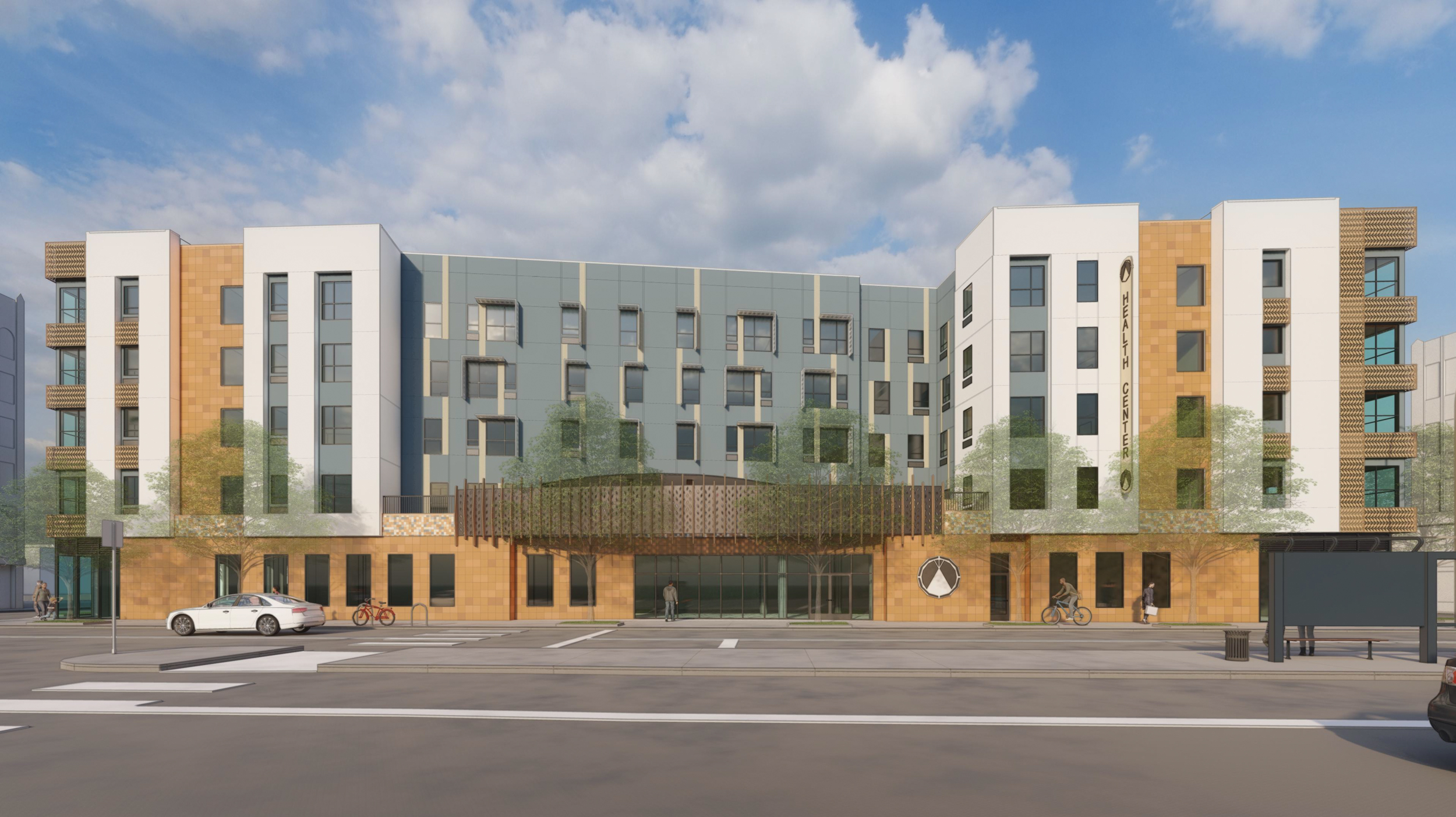 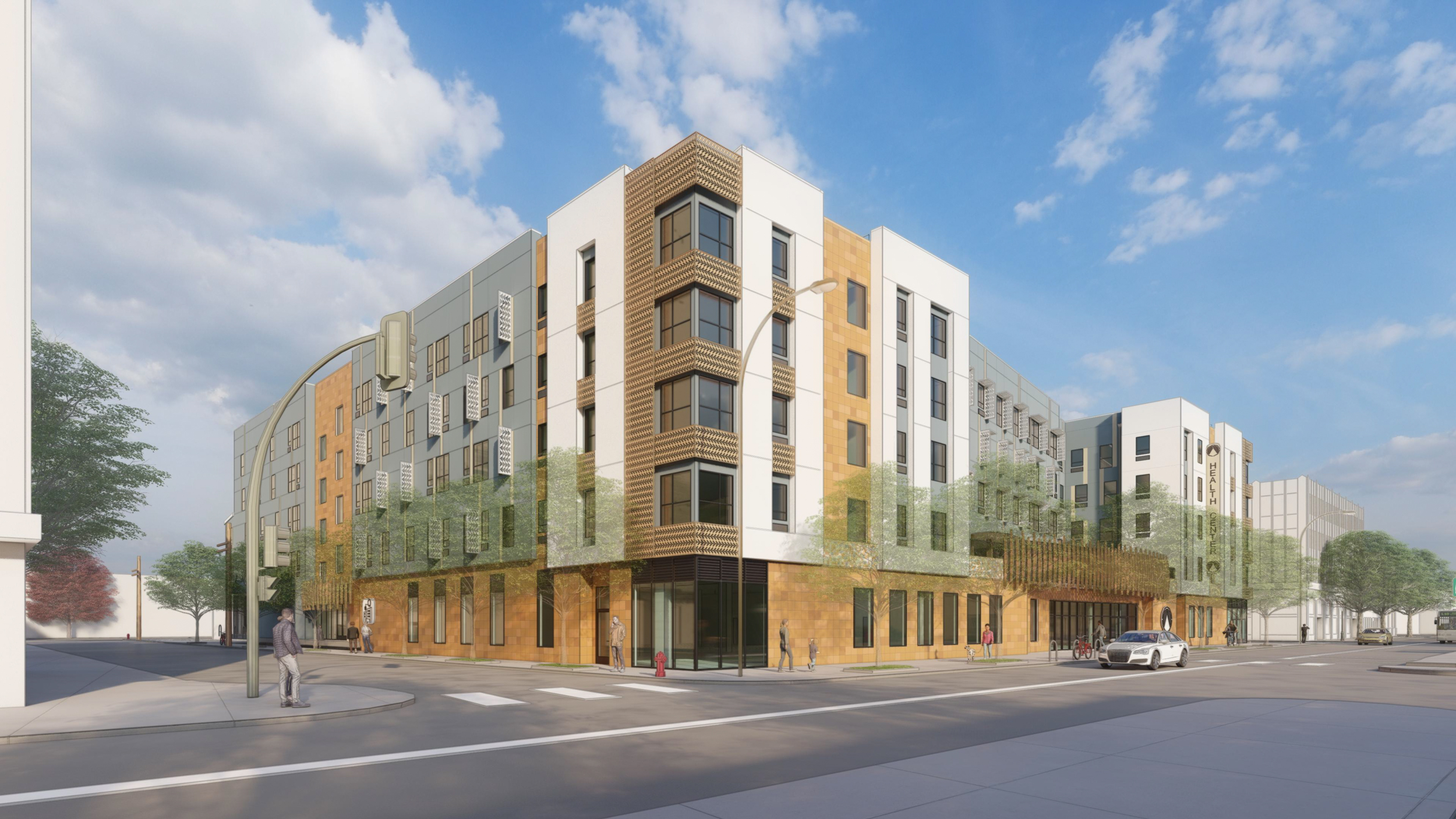 The Native American Health and Cultural Center, or NAHC, is a national non-profit dedicated to providing healthcare for indigenous peoples across the country. The Oakland center will focus on youth and adolescent care. There will be a behavioral health and dental clinic, on-site Women, Infants and Children Services (WIC), a community and cultural center, and administrative offices. 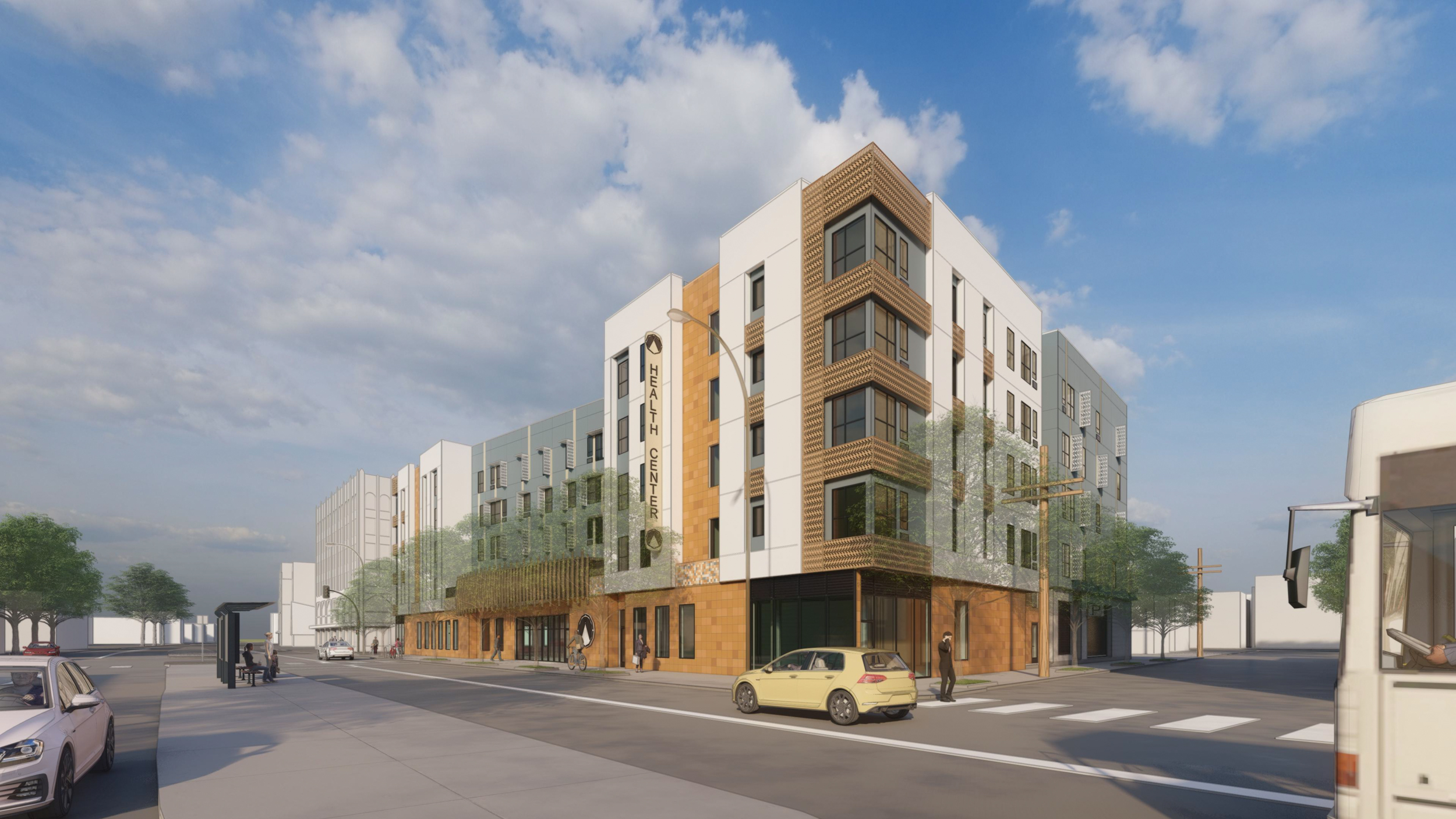 PYATOK Architects is responsible for the design. The exterior will have a tan hue base, contrasted with white and blue banding. Corner views will be decorated with woven patterns of tile mosaic. Facade materials will include plaster, board-formed concrete, and vertical metal panels. Tile mosaics will be incorporated as a design feature across the project, replacing costly terracotta panels while also connecting with other tile decorations in the neighborhood. 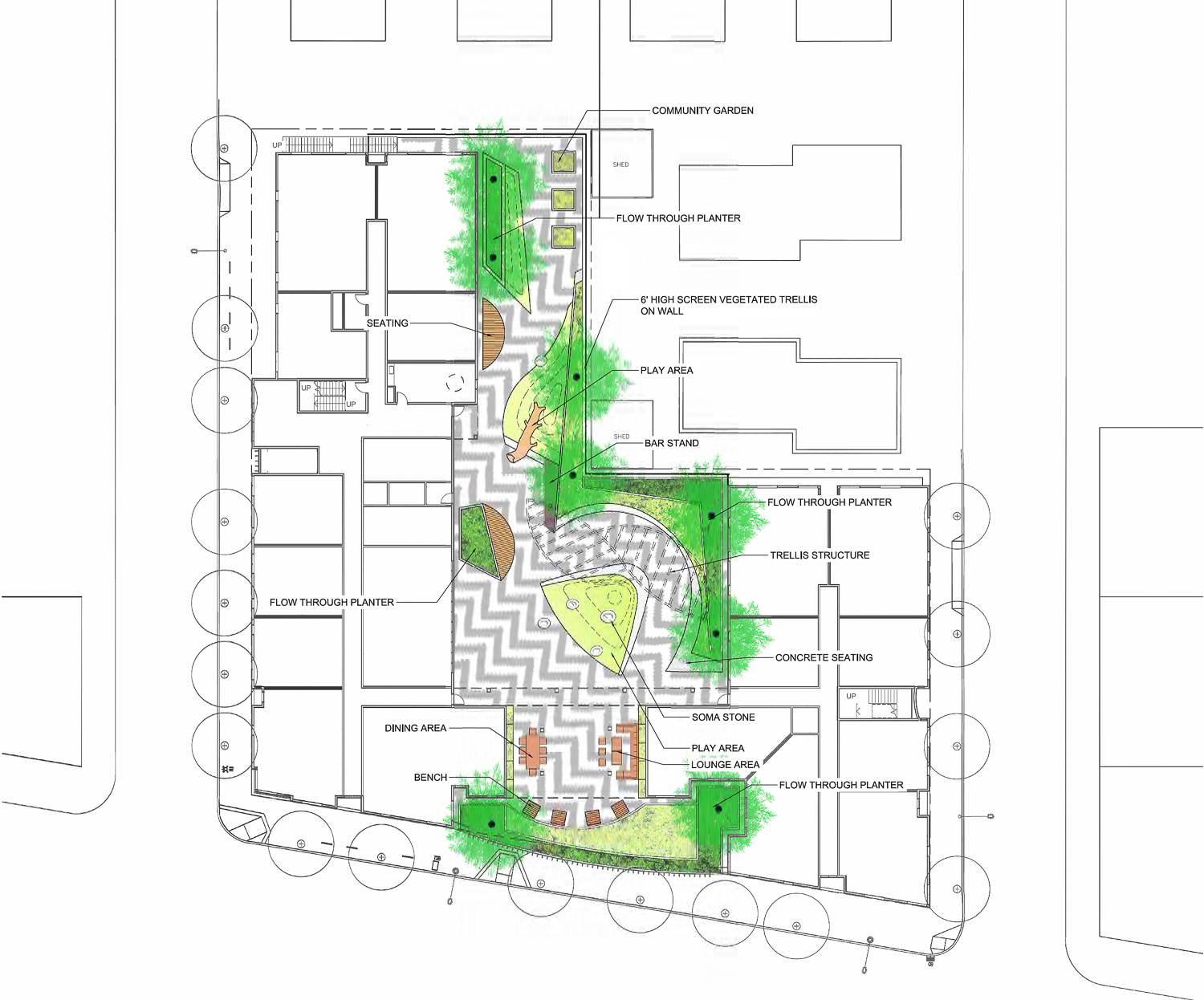 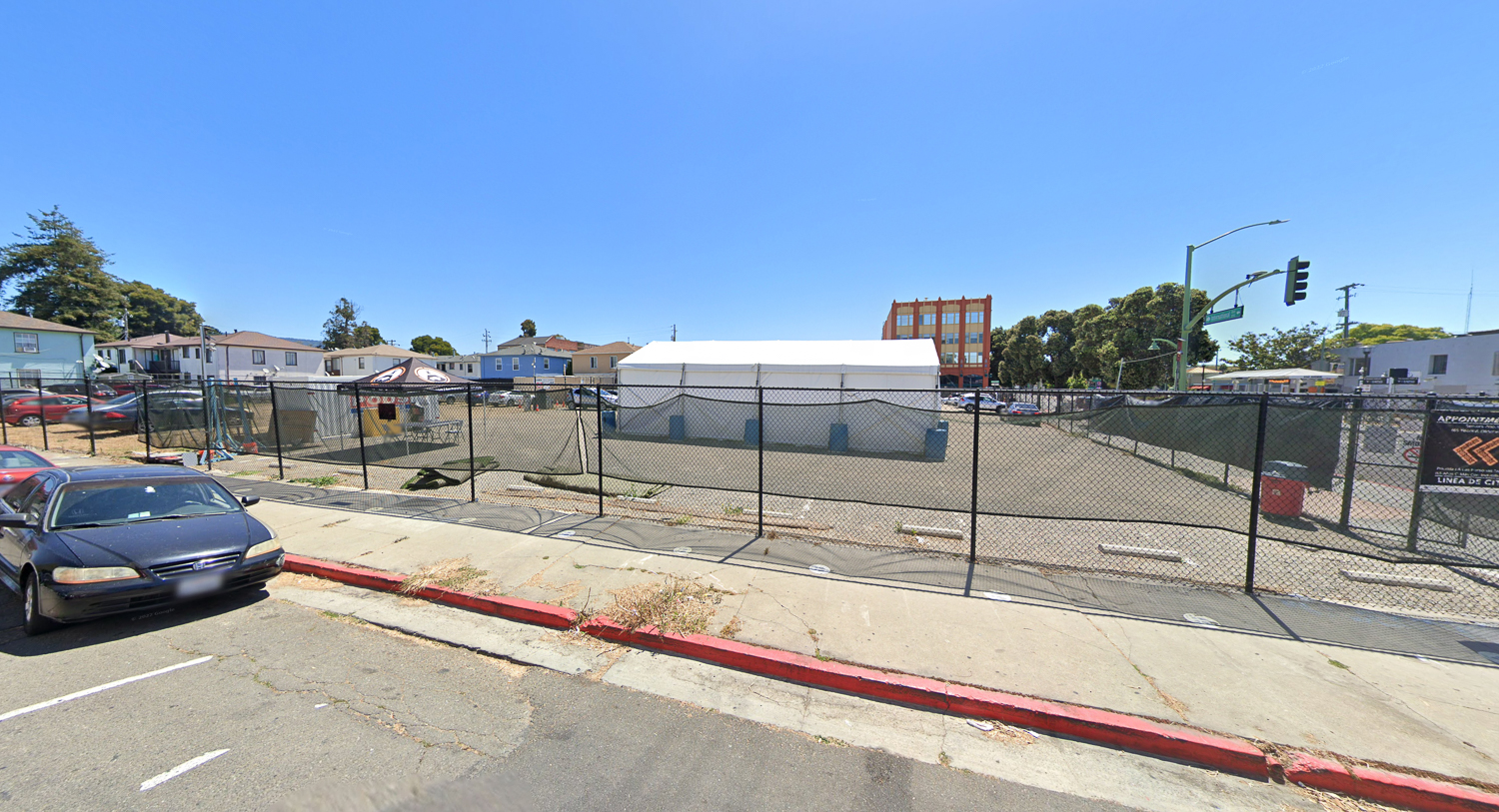 The property is located between Derby and 31st Avenue, close to the intersection of International Boulevard and Fruitvale Avenue. The Fruitvale BART Station is around eight minutes away by foot.

The planning permits have already been approved, and the project team has received an extension for entitlements through December 10th of this year. Construction is expected to cost around $91 million, with an estimated timeline for groundbreaking yet to be established.