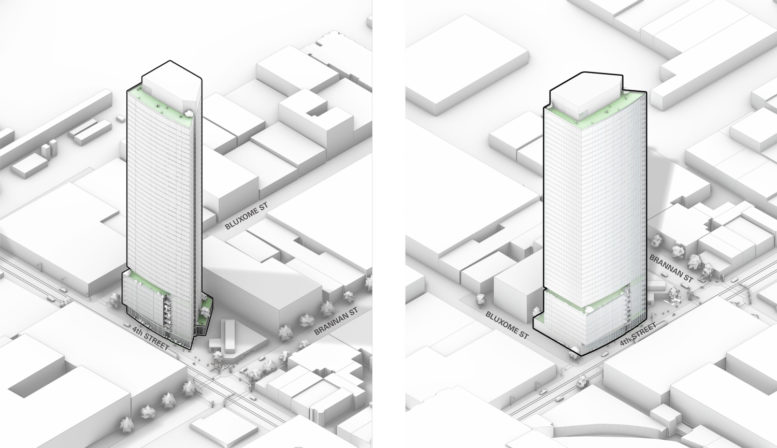 The preliminary project application has been filed for a 46-story residential tower at 636 4th Street in SoMa, San Francisco. The proposal uses the State Density Bonus to include 522 new homes above retail. Detailed renderings have yet to be released. 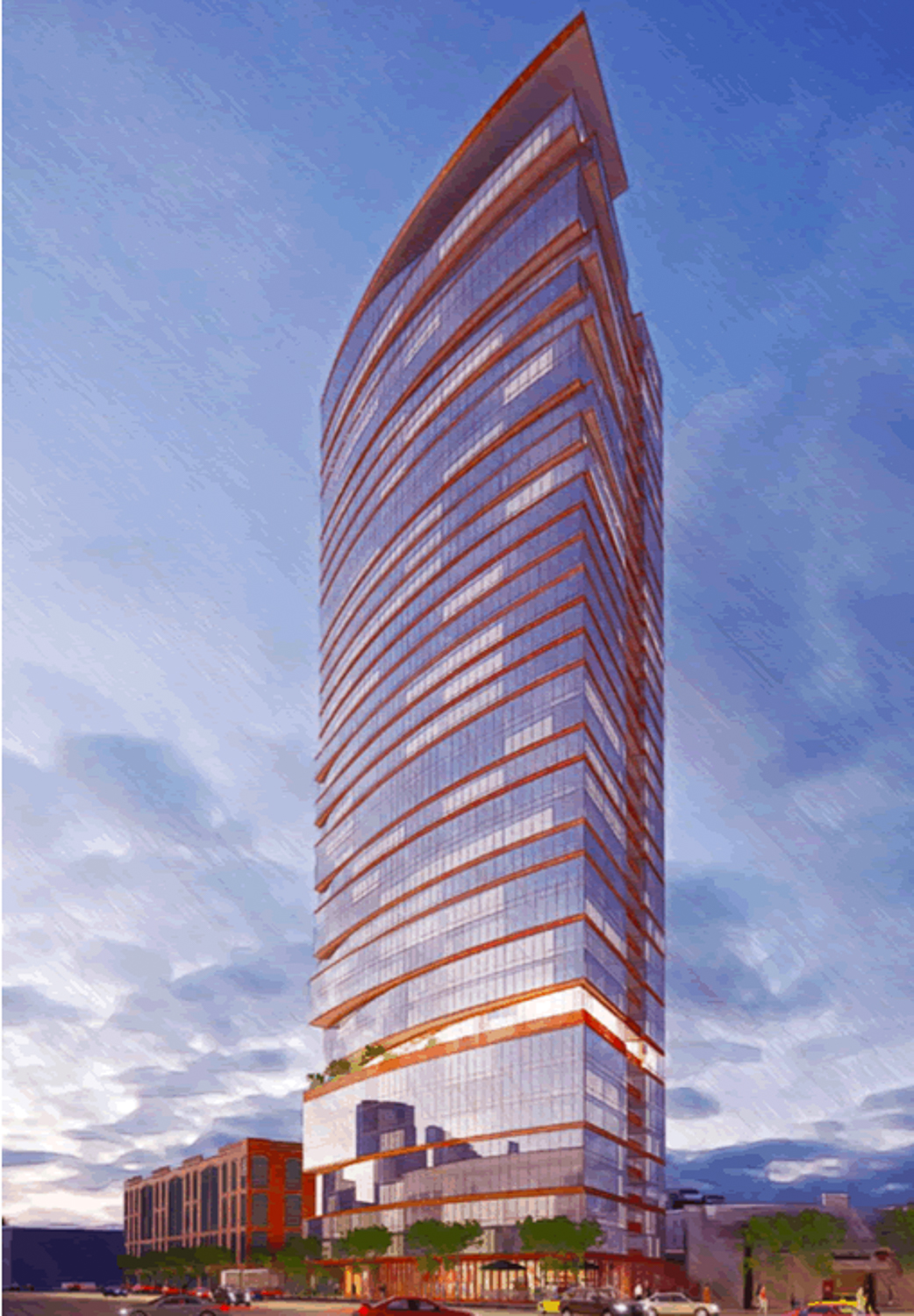 Solbach Property Group is listed as the property owner. Reporting by the San Francisco Business Times in 2015 links the group with the family of the late Heinz Solbach and his family trust, currently led by Carlton Linnenbach. Between 2015 to 2018, the application has been working through the planning department to create 427 units in a shorter 37-story tower, rising 350 feet high or 111 feet shorter than the most recent proposal filed eight years later.

As with the original application, the new project plans have been drafted by Solomon Cordwell Buenz. Initial illustrations show a similar design concept that conforms with the unusual parcel shape. The tower is set back from the sidewalk by the ground-level open space and second-floor terraces, with a curving curtain-wall skin facing 4th Street. In previous plans, this design motif allows for a dramatic focal point with the protruding rooftop awning. 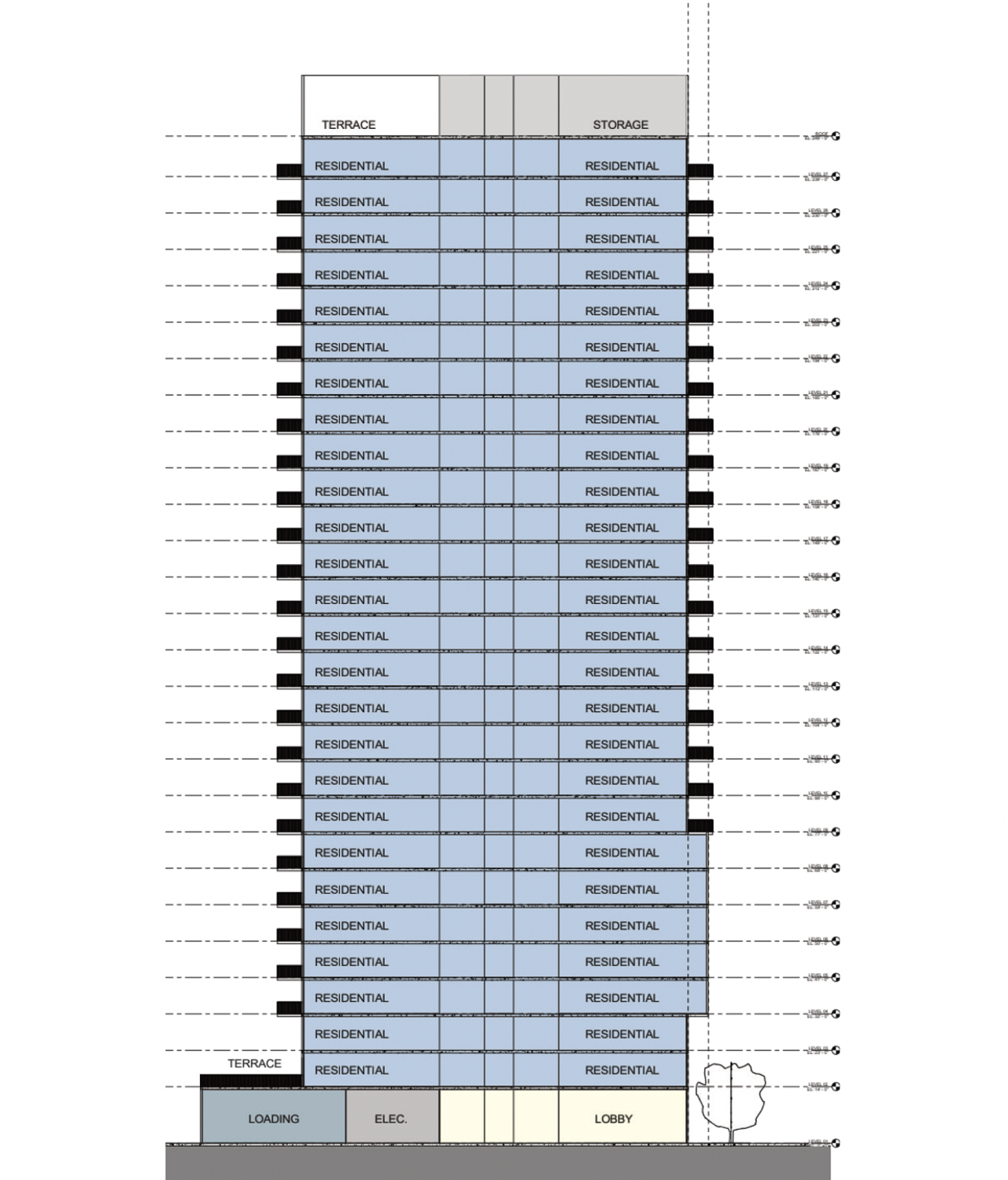 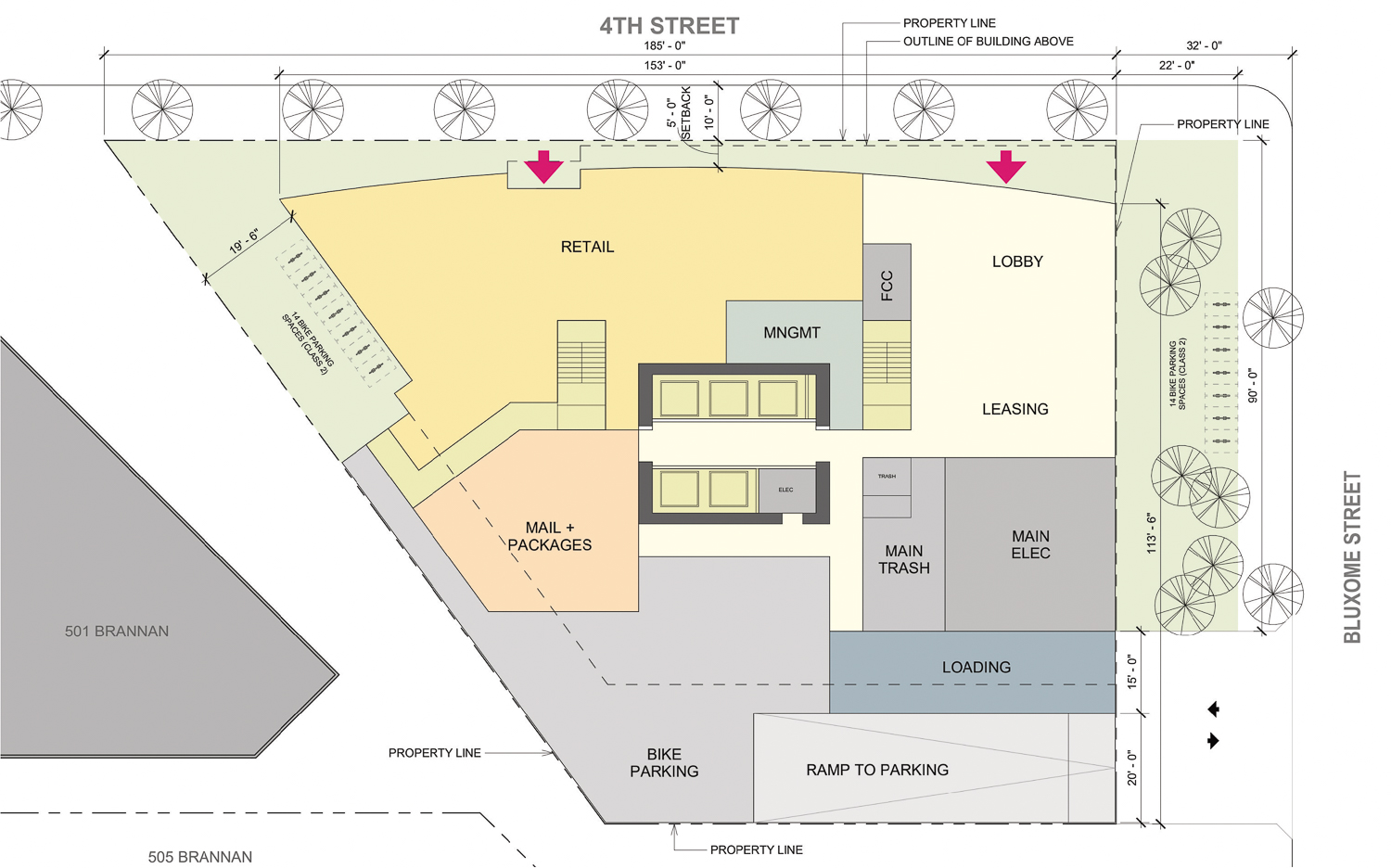 Unit sizes will vary with 131 studios, 181 one-bedrooms, 204 two-bedrooms, and six three-bedrooms. The average residence spans around 776 square feet. Of the 522 units, 79 will be designated as affordable housing, allowing the project to achieve a 50% State Density Bonus Program. Base zoning would allow 345 apartments.

636 4th Street is located at the corner of 4th and Bluxome Street, one block away from Caltrain’s San Francisco Station. The project site is on the same block as stalled plans for the since-demolished San Francisco Tennis Club at 88 Bluxome Street. If constructed as proposed, the project would create roughly 833,000 square feet of offices above retail and ground-level PDR space, designed by IwamotoScott and Studios Architecture. The project has been stalled since the anchor tenant, Pinterest, spent nearly $90 million to terminate their lease. 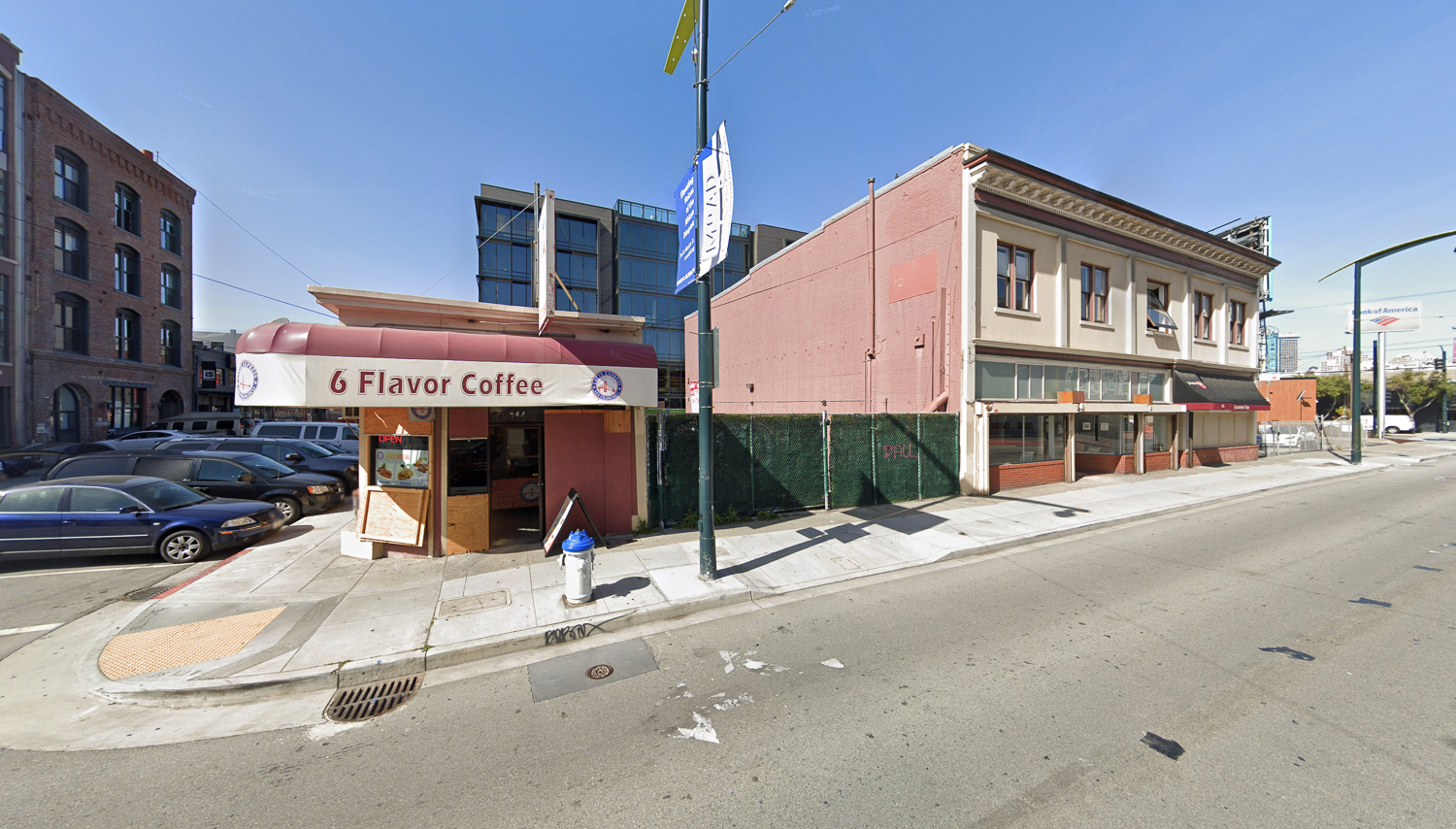 The tower is less than a block away from 655 4th Street, where the same architect has drafted new plans for a two-tower apartment complex with 1,096 units for Tishman Speyer.

An estimated timeline for construction and completion is not yet known.