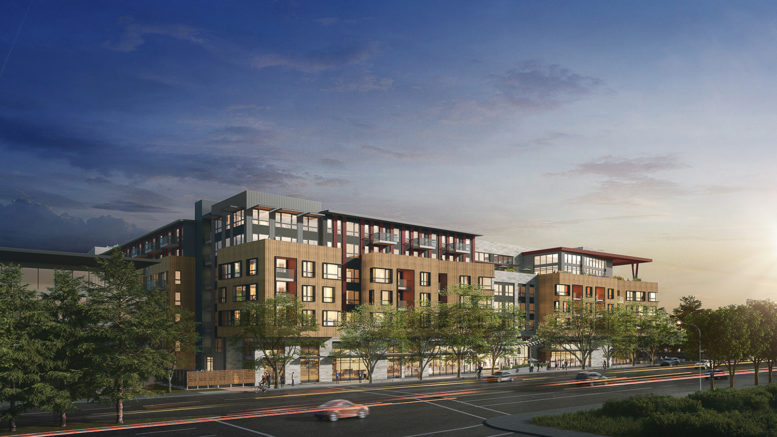 YIMBY has received the updated rendering for the eight-story residential proposal at 3128-3160 El Camino Real in Palo Alto, Santa Clara County. The project will create 380 new homes across from the city’s two tallest buildings, the Palo Alto Office Center. Acclaim Companies is the project applicant.

The proposal will yield around 627,870 square feet of gross floor area, of which 456,440 square feet will be residential. Unit sizes will vary, with 14 studios, 252 one-bedrooms, 95 two-bedrooms, and 19 three-bedrooms. Of the 380 units, 342 will be market rate, and 38 will be designated as affordable for low-income households. Parking will be included for 443 cars in the on-site garage. The bicycle parking capacity is not listed. 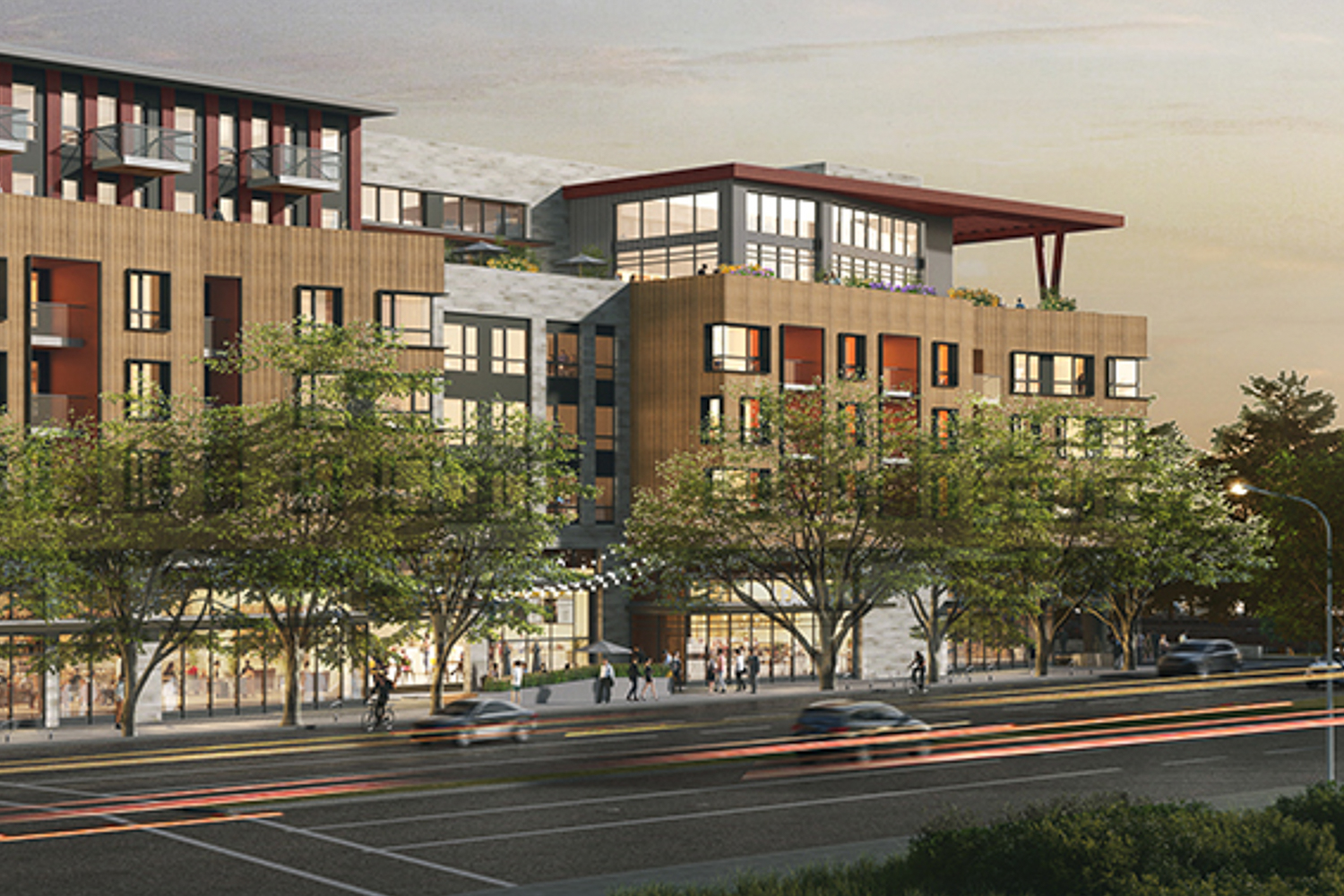 Studio T Square is responsible for the design. New renderings show an attractively proportioned podium-style complex. The ground-level exterior features floor-to-ceiling windows punctuated by the occasional stone walls and a material motif that is reintroduced above the primary residential entry mid-block.

The exterior facade features vertical board paneling with irregularly shaped windows for residents. Balconies will be spread across the structure, with larger terraces afforded by a setback for the top two floors. The rooftop amenity space includes a striking awning to produce a sharp focal point as seen from across El Camino Real and Olive Avenue. 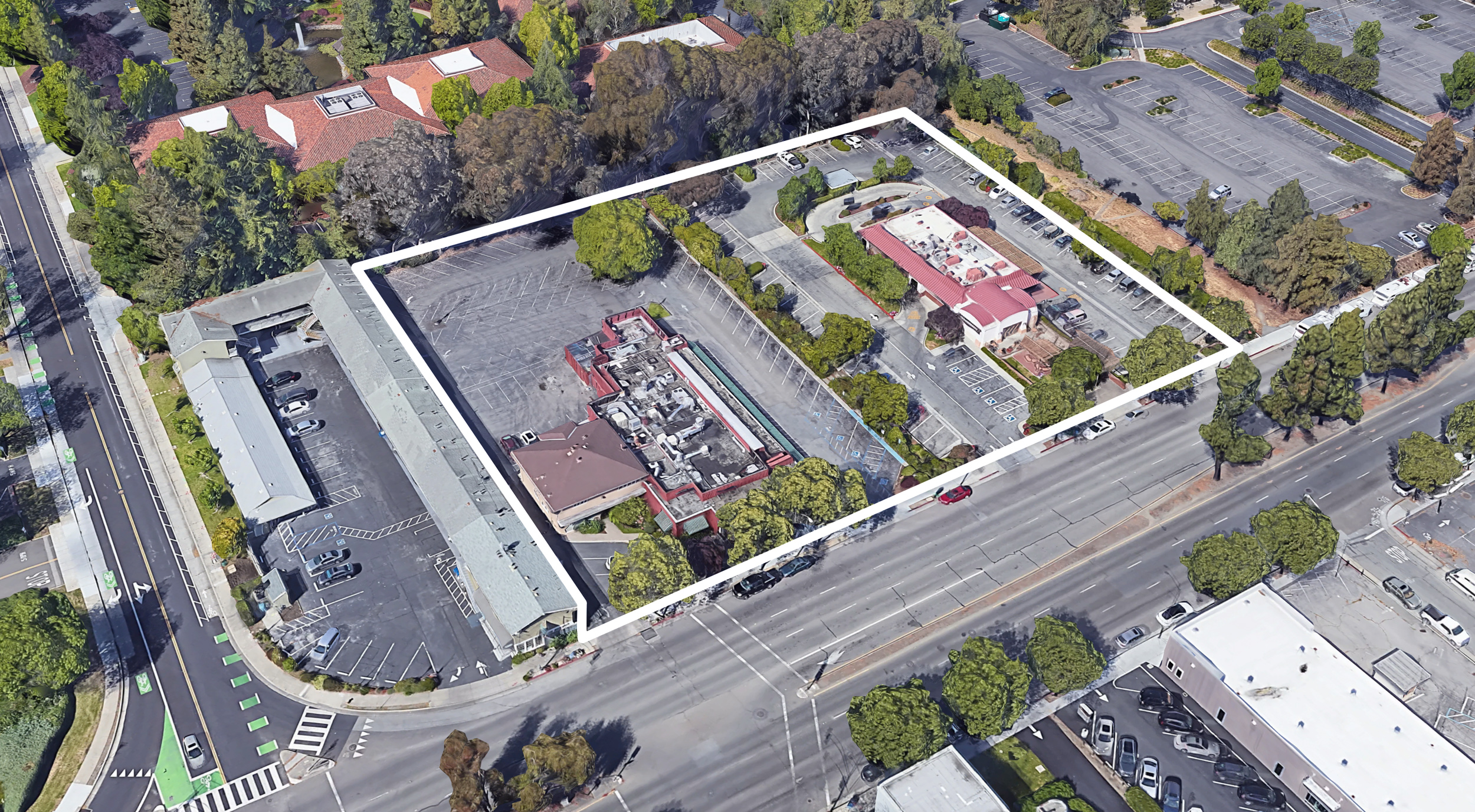 Demolition will be required for two commercial structurals along the busy El Camino thoroughfare, a McDonald’s and a seafood market. The property is close to the California Avenue Caltrain Station, moving commuters between San Francisco and San Jose. The project is by two other projects in the area, an affordable housing proposal by Charities Housing at 3001 El Camino Real, and a multi-family project at 2755 El Camino Real by Windy Hill Property Ventures.