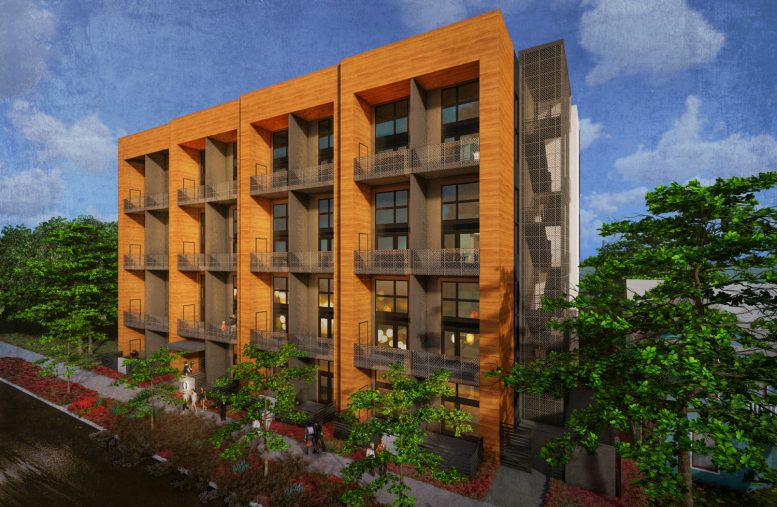 Demolition permits have been filed to make way for a four-story residential building at 1208 Q Street in Downtown Sacramento. The proposal will bring 51 new units to the city center seven minutes from the State Capitol building. Urban Development + Partners is the owner of the property. 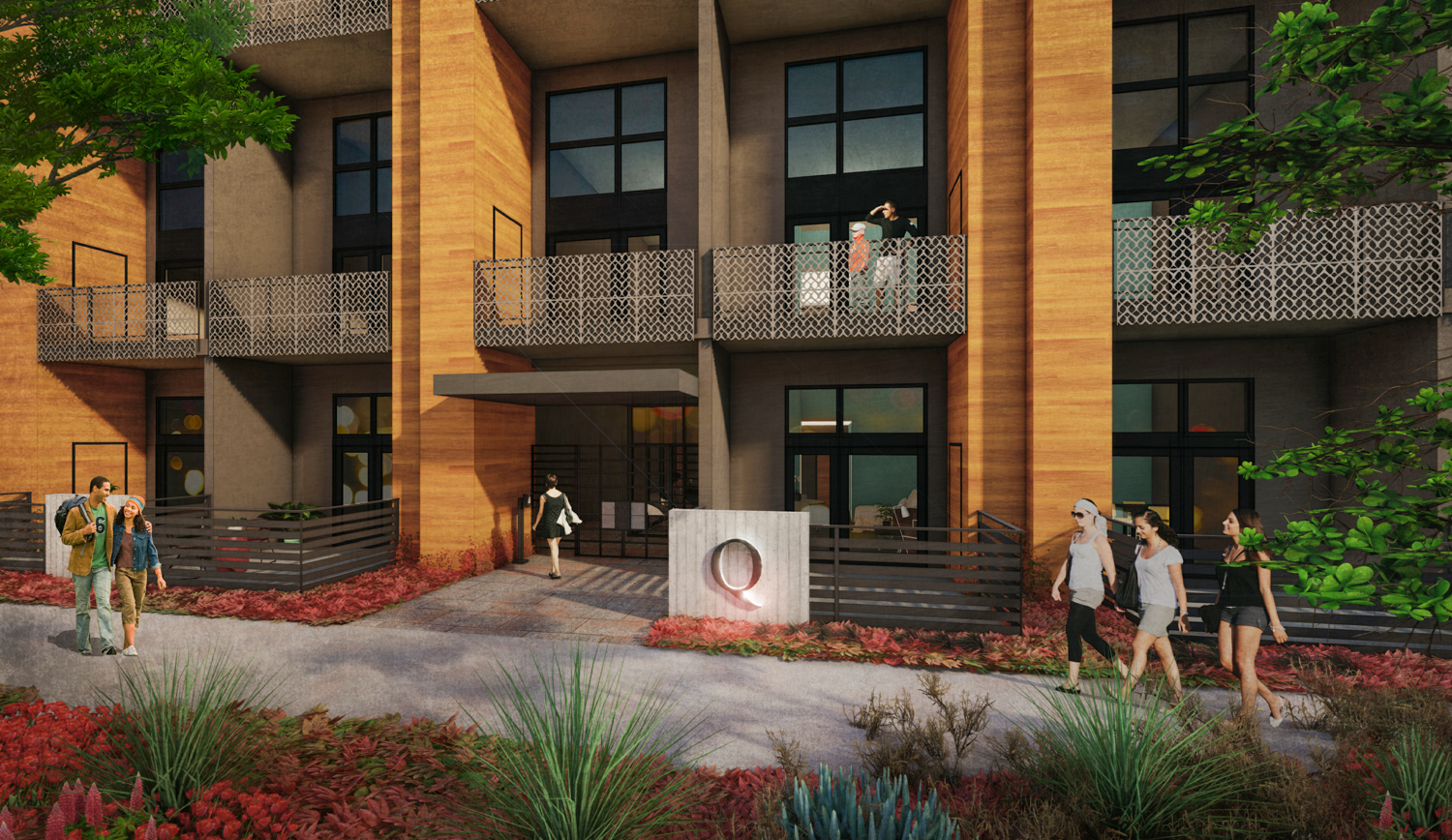 Ellis Architects is responsible for the design. The building will have two distinct facades on the north and south faces. The more dominant facade, overlooking Q Street, is clad with a wood-like facade system framing dark grey cement plaster panels, floor-to-ceiling windows, and perforated metal balcony railings. The south side, overlooking Whittney Avenue, is more mixed, with vertical elevations of wood-like facade, white and grey cement, along with a seven-story tall mural. While renderings depict the mural to be a close-up of a Van Gogh painting, the final result is subject to change. 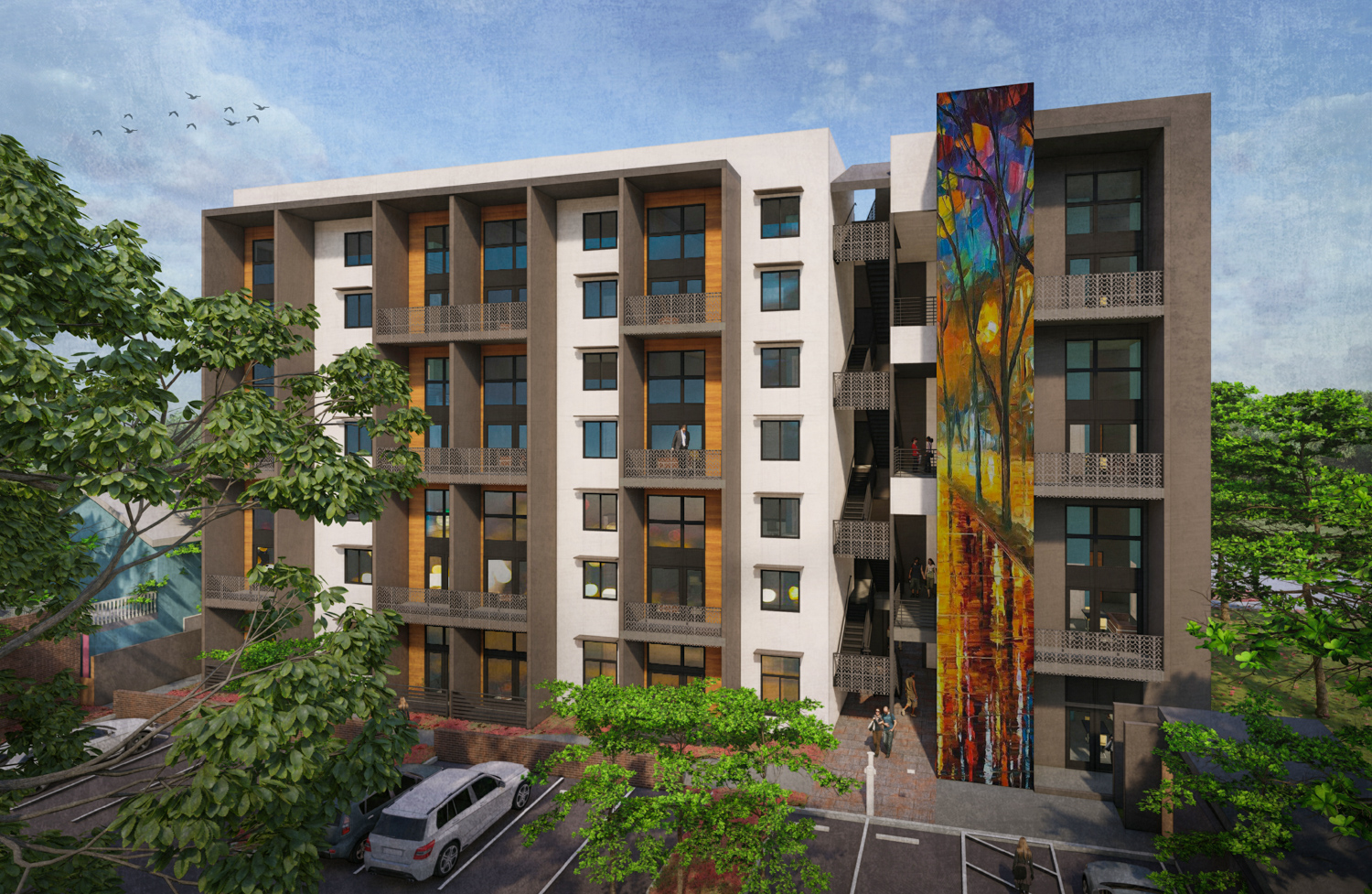 The 69-foot structure will yield 27,200 square feet, along with 7,960 square feet of mezzanine area. The Mezzanine space is why the building appears to have seven levels while planning documents describe it as having four. While the building is sparse with on-site amenities, every unit will have access to a personal balcony. Parking will be included for 26 bicycles, 22 cars, and 4 motorcycles. The surface parking lot will leave about half of the 22,500 square foot parcel undeveloped, allowing for potential future construction on-site.

Landscaping will include four Red Maple trees, two Strawberry trees, a Coral Bark Maple, and an Eastern Redbud. Various shrubs and vines will be sprinkled throughout the site.

Construction is estimated to cost as much as $10 million, and completion is expected by 2022.

Be the first to comment on "Demolition Permits Filed for 1208 Q Street, Downtown Sacramento"