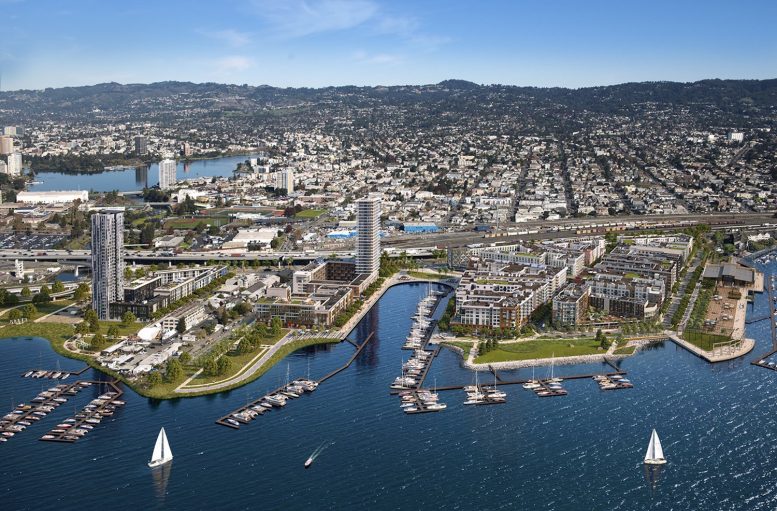 A site visit by SF YIMBY shows construction is well underway for the Brooklyn Basin development, one of the largest in the city of Oakland with thousands of units and two planned skyscrapers. One of the residential structures is already accepting move-ins, and two others are nearing completion. Located adjacent to the gentrifying Jack London District, it is a new mixed-use district with 3,100 new units, 200,00 square feet of ground-floor commercial space, a few marinas, and thirty acres of public parks. 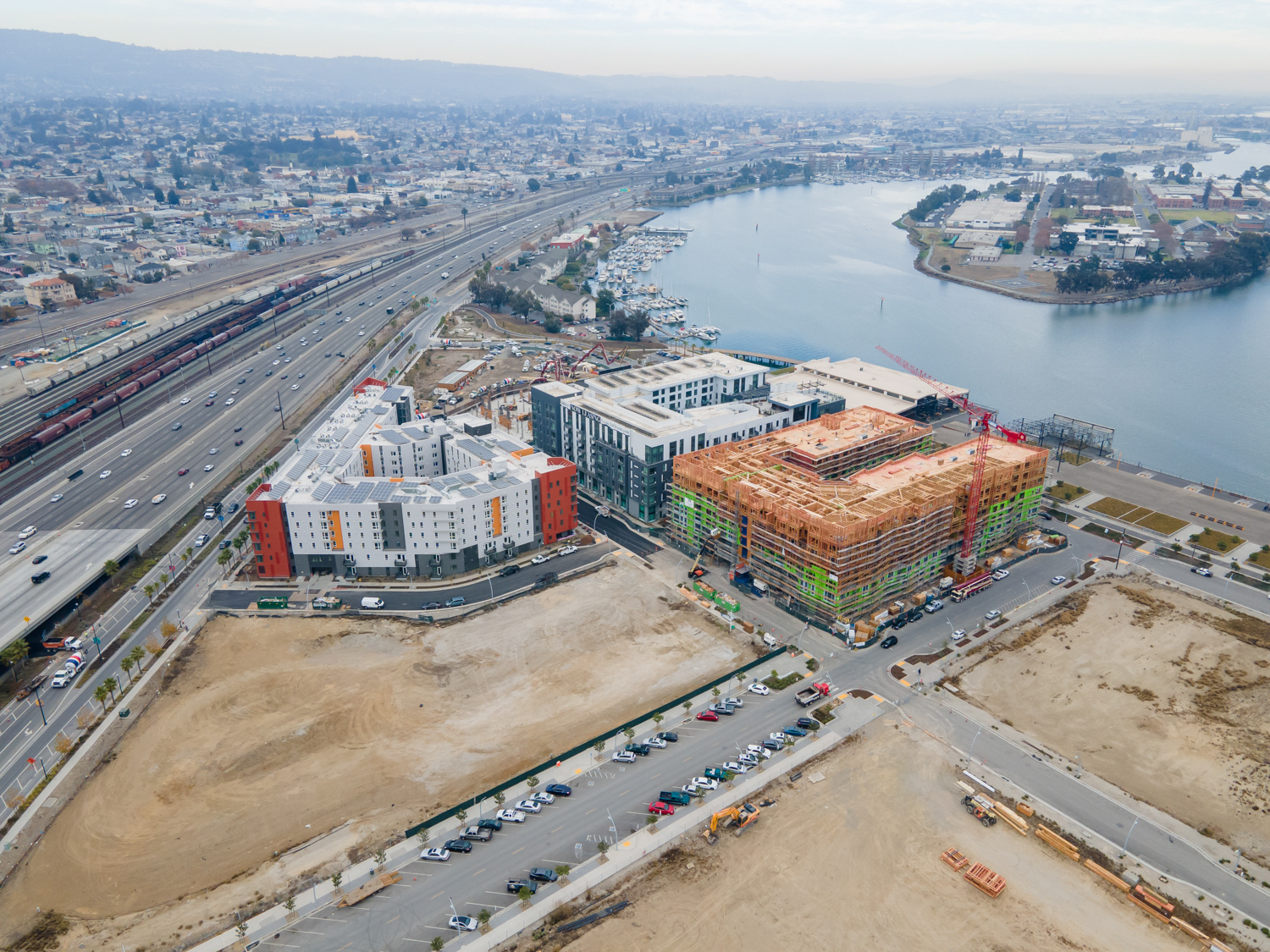 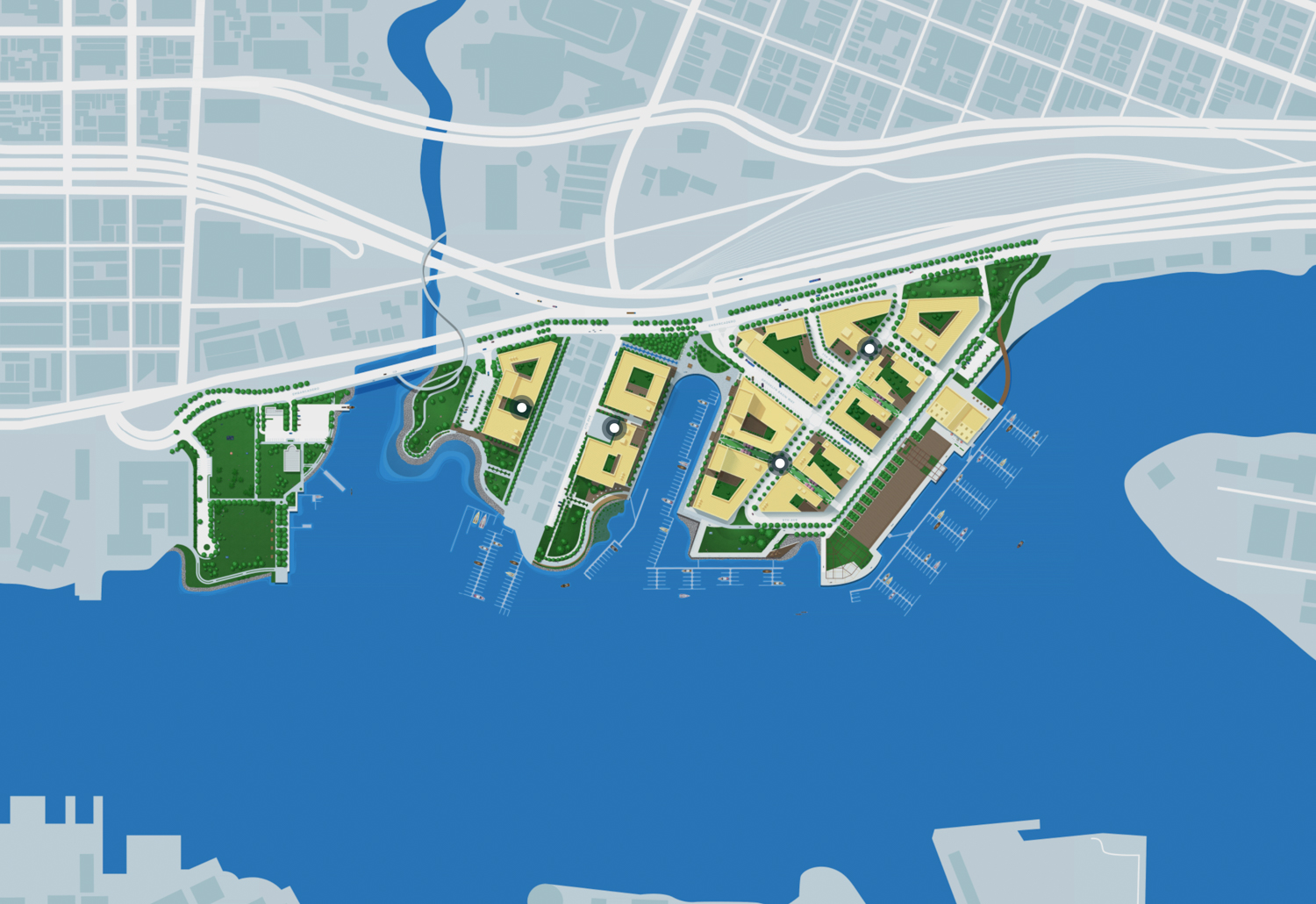 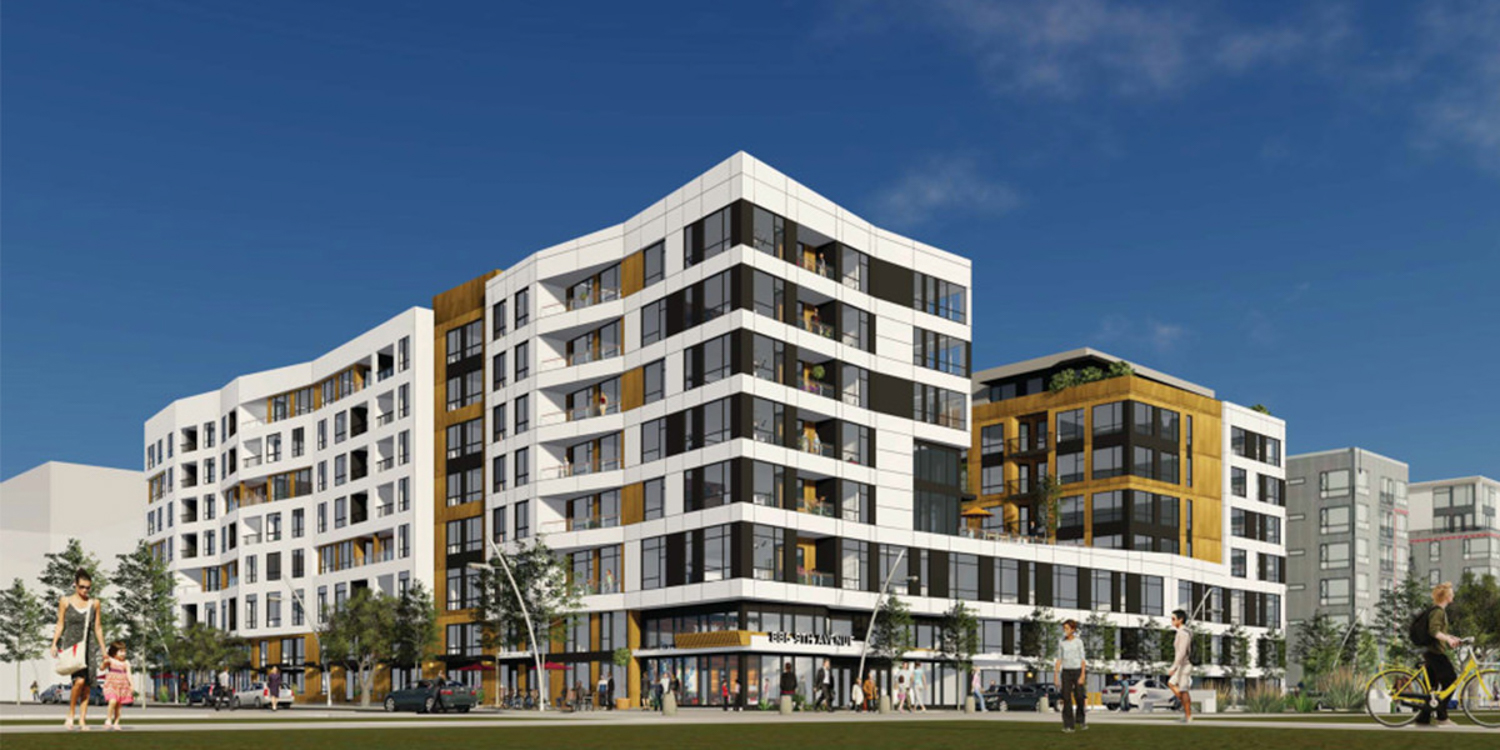 The primary subject of this article is the building temporarily named Parcel C. The 86-foot structure will produce 241 units, along with 3,500 square feet of ground-floor retail. Studio T Square is responsible for the design. While most of the buildings have a similar ambiance and height, the exterior design varies significantly from site to site. For Parcel C, the patina metal panels provide a visual accent to the white and black stucco facade. Parcel C has topped out, with facade installation coming imminently. 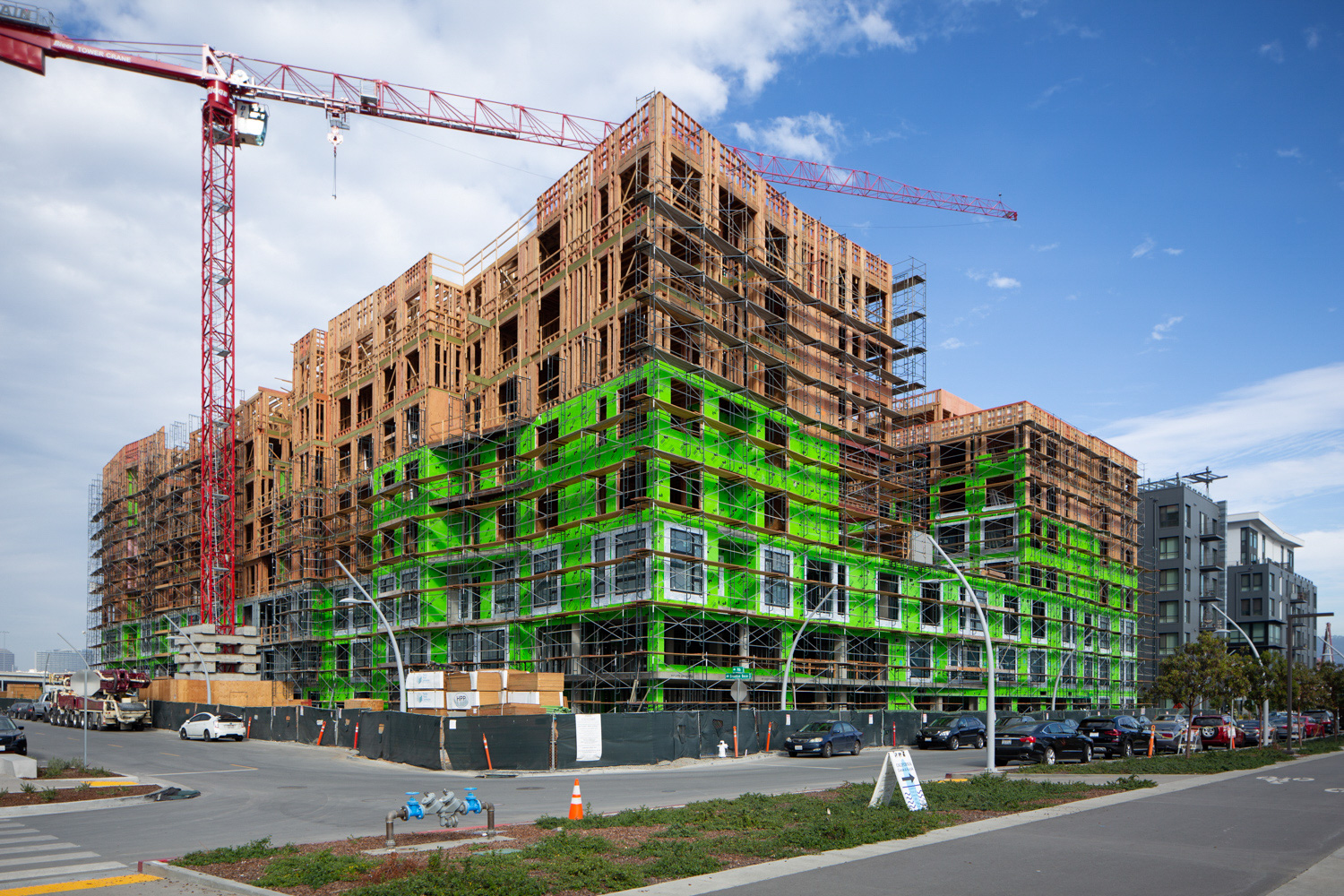 The U-shaped building is directly across from the recently-opened Township Commons waterfront park and retail. The park includes copious seating and the restoration of a historic 9th Avenue shipping terminal, with landscaping design by Einwiller Kuehl Architecture. The Township Commons represents a 4.5-acre slice of the 30 acres of public parks designed by the landscape architect. Most of the street layout has already been laid down and complete. 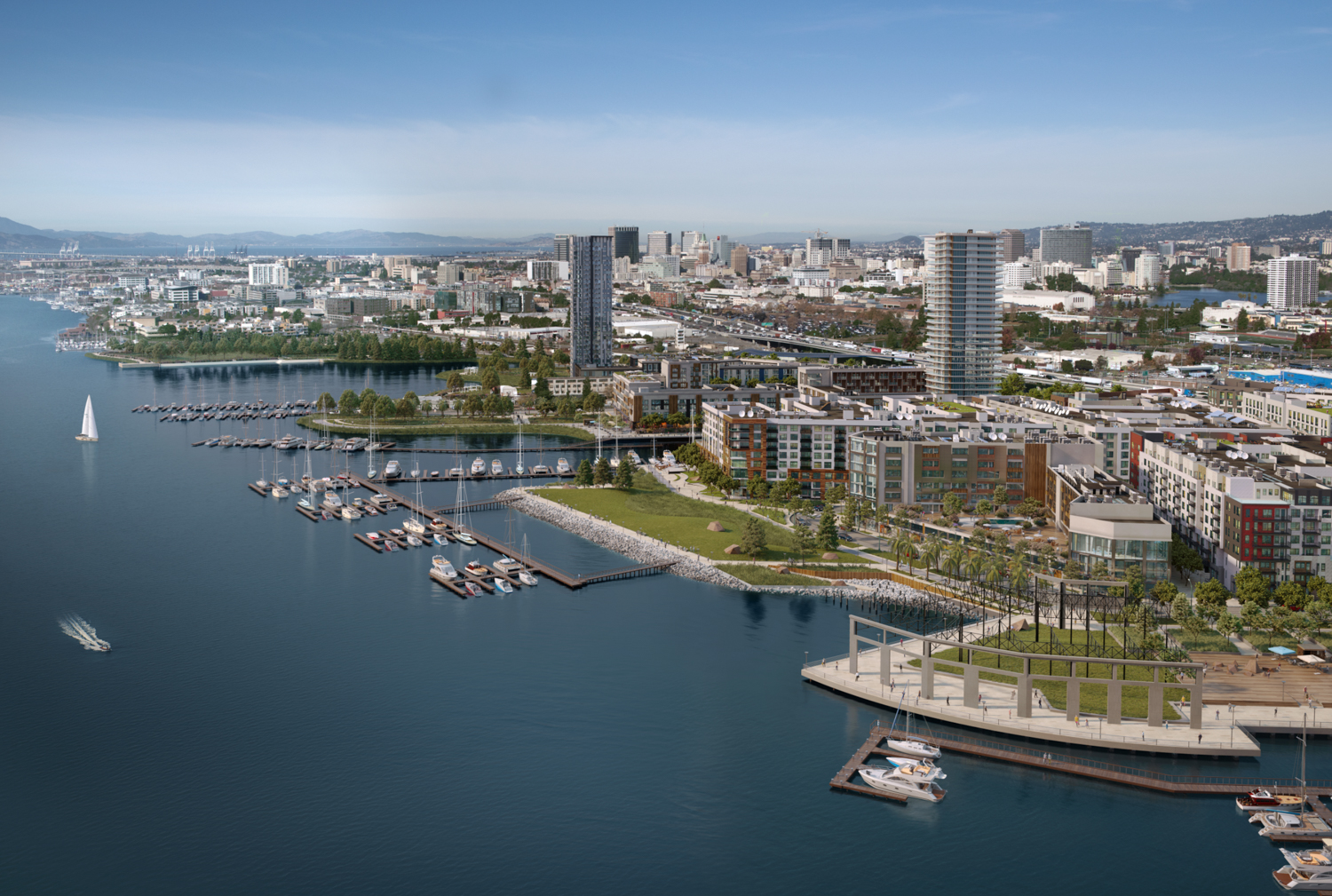 The development will eventually yield two high rises from phase four, which is expected to be complete as early as 2027. This is a decrease from initial plans that propose four skyscrapers. Housing will vary in style from apartments and townhouses to lofts and condominiums. Affordable housing will be included on-site, with management by MidPen Housing. 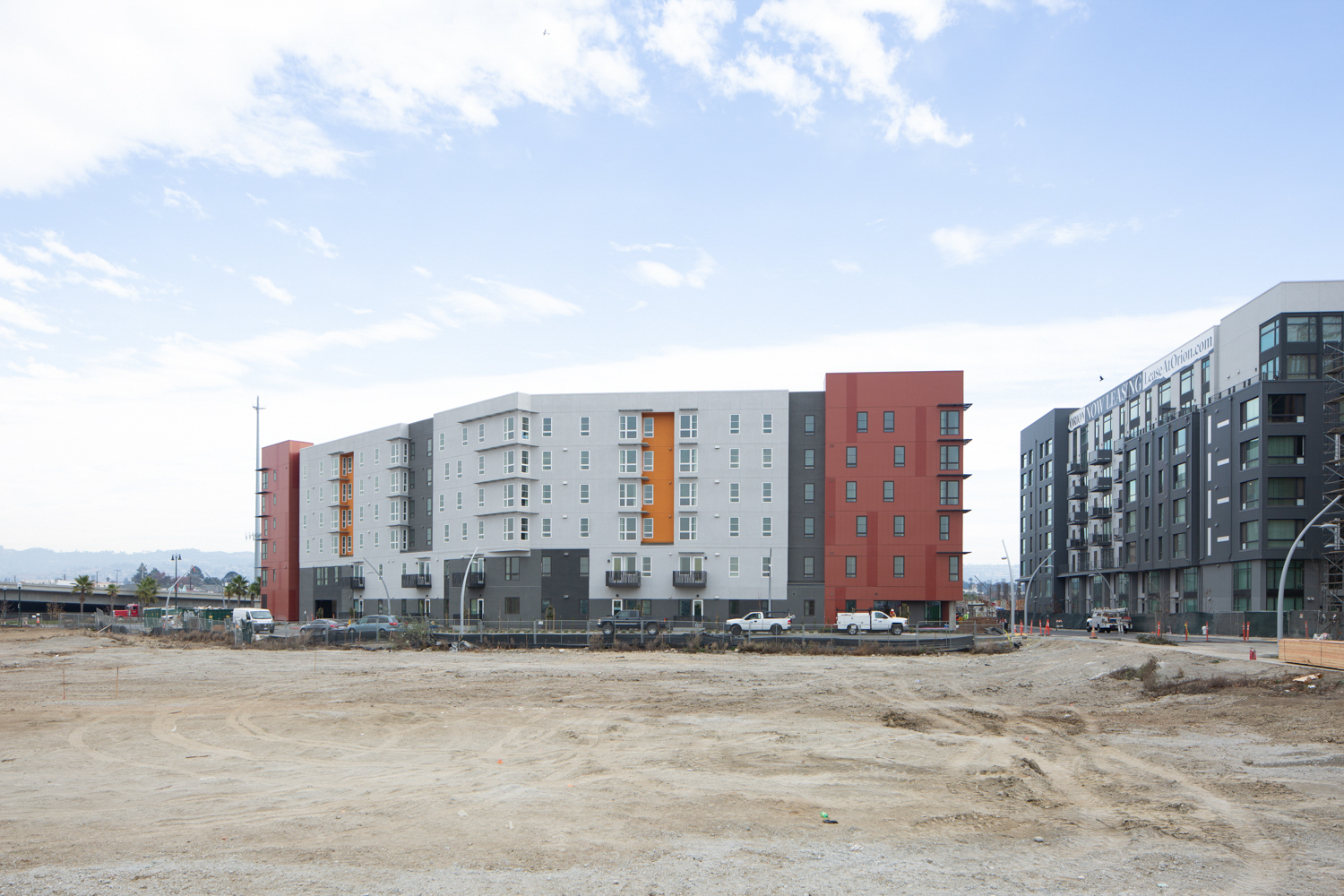 The project is aiming to receive LEED certification for its resource efficiency. 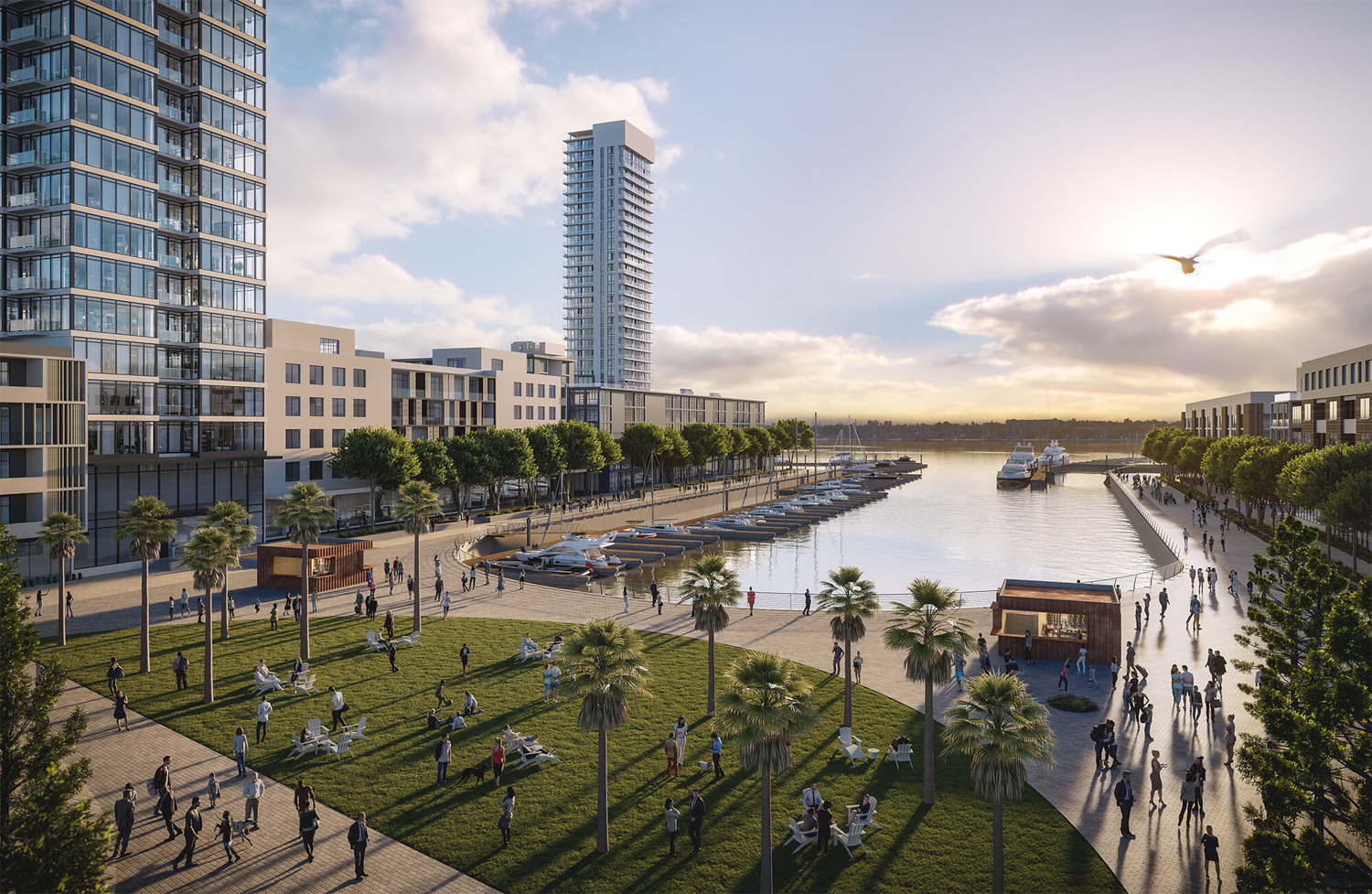 Roma Design Group is responsible for the master planning. Once complete, the development is expected to add at least $1.5 billion of asset value. While it sits within the Embarcadero neighborhood, its proximity and architectural continuity from the Jack London district may lead to neighborhood growth. 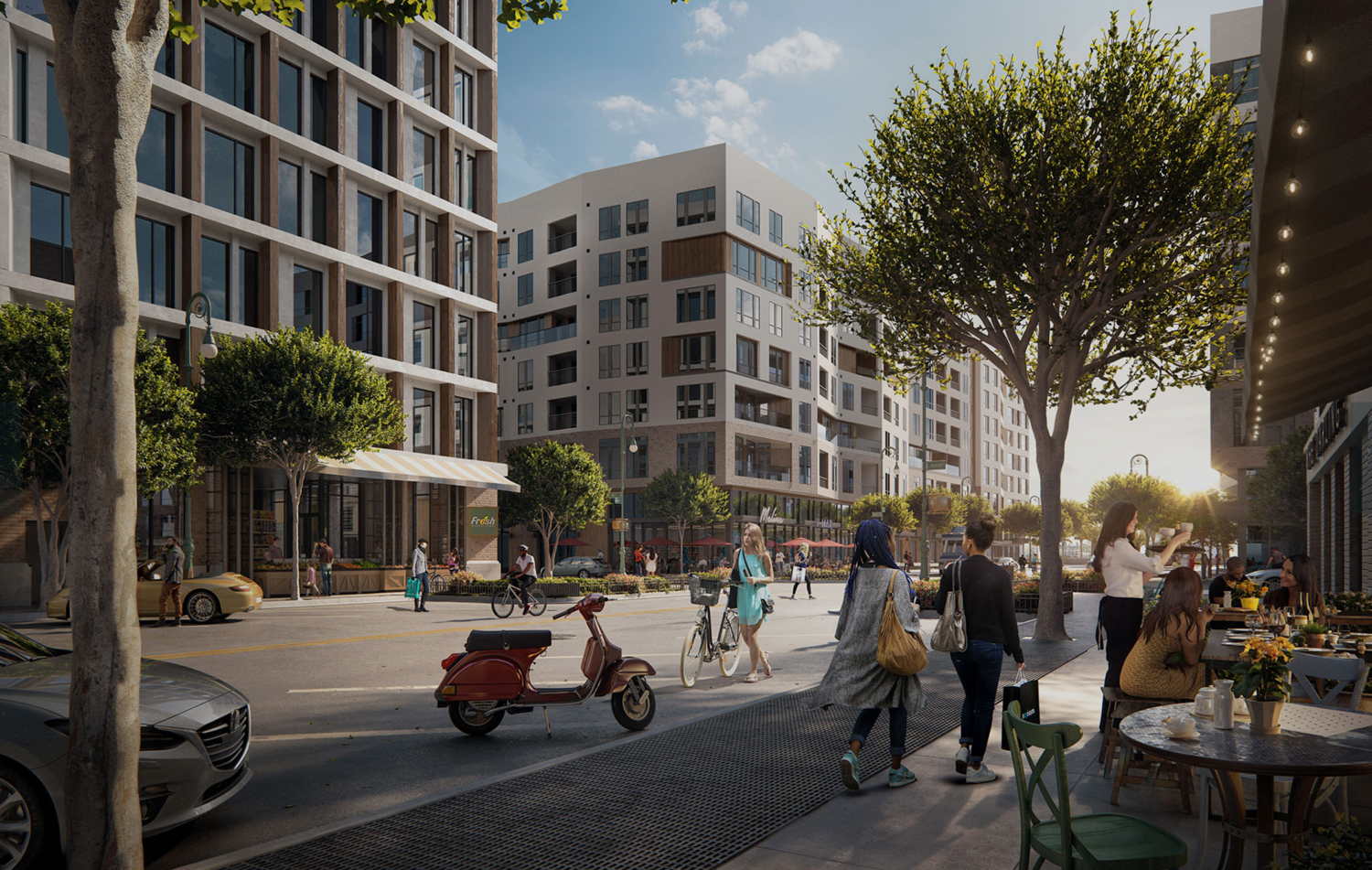 Be the first to comment on "SFYIMBY Construction Update for Phase One of Four at Brooklyn Basin, Oakland"