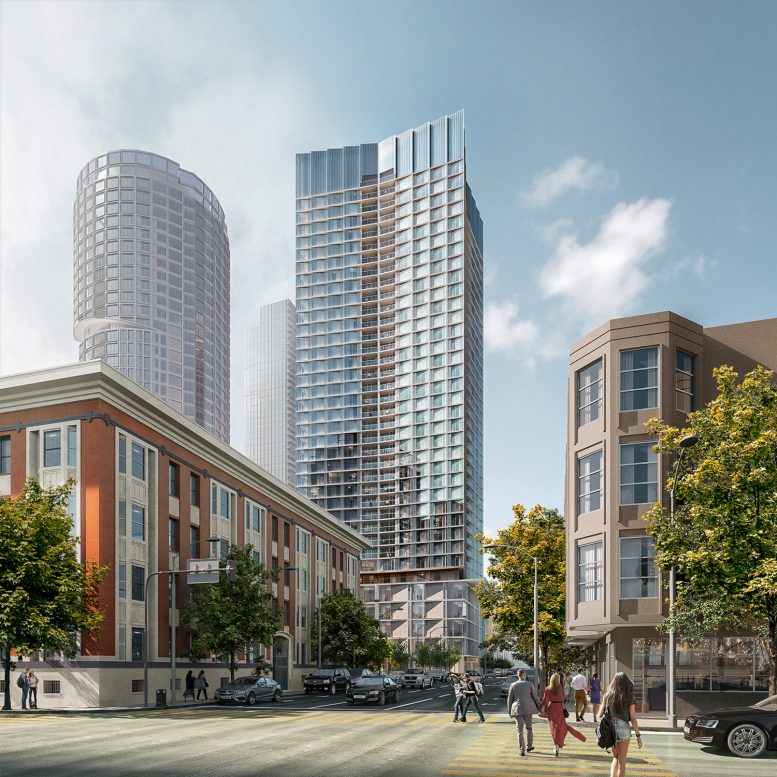 98 Franklin Street with One Oak to its left, rendering by Skidmore Owings & Merrill

New building permits have been filed for a 37-story mixed-use tower at 98 Franklin Street in the Civic Center neighborhood of San Francisco. The city’s Planning Department approved the development in May of 2020, allowing for construction on top of surface parking at the corner of Oak and Franklin with a small parcel of land, allowing construction to extend to Market Street. Related Companies is responsible for the development. 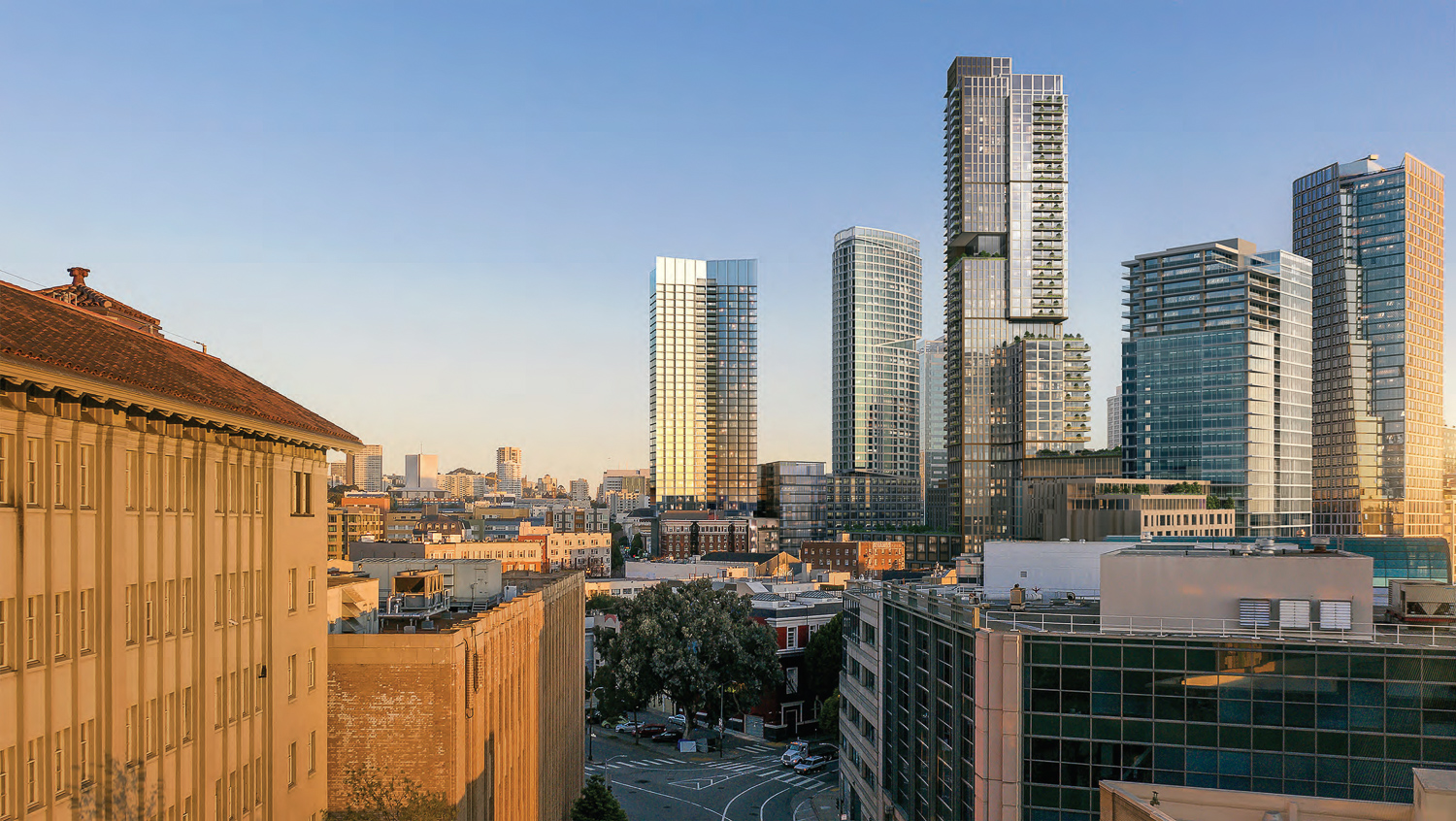 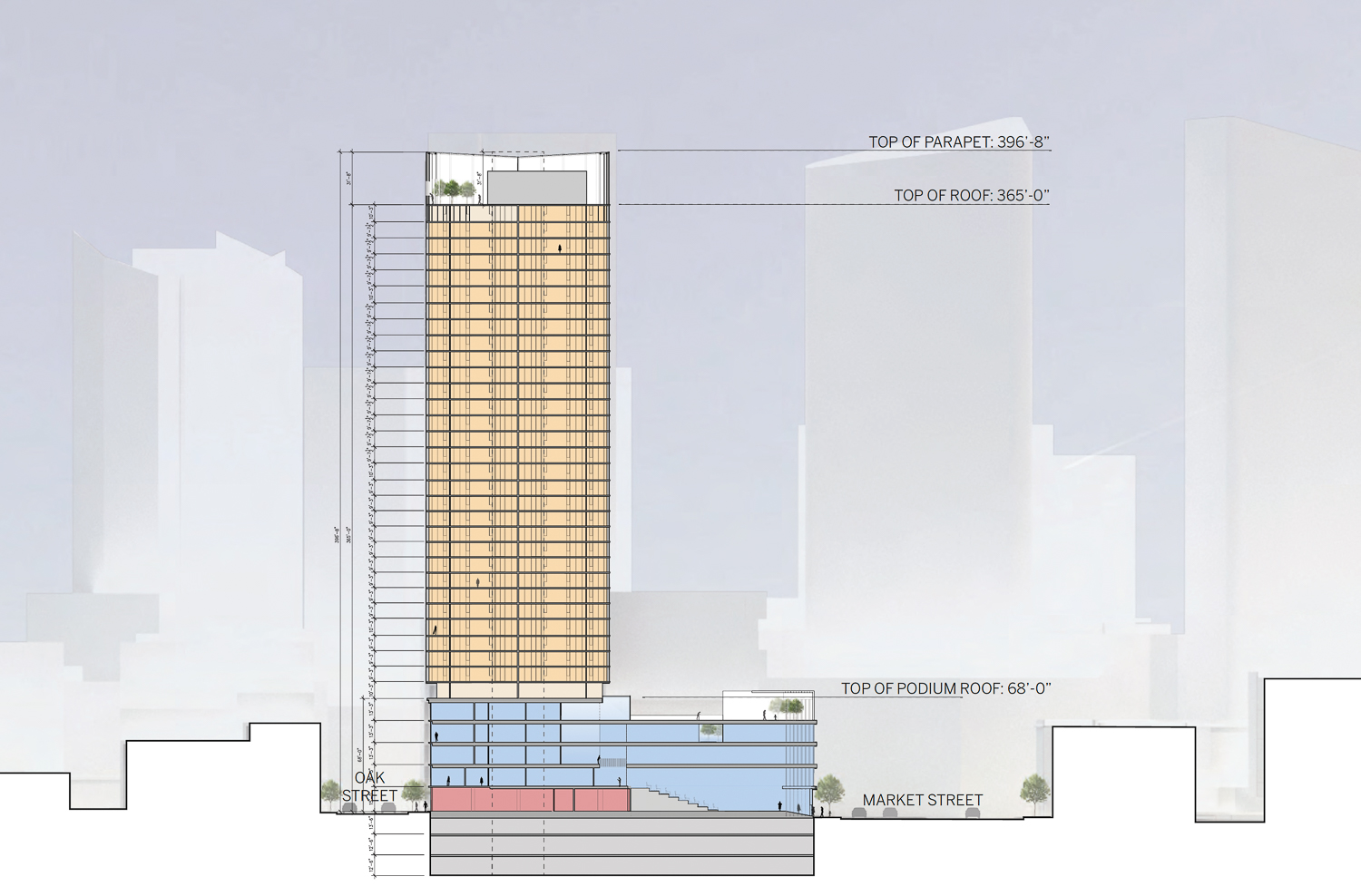 Once complete, 98 Franklin will produce 345 apartments, with 249 studios or one-bedroom apartments, 52 two-bedrooms, and 35 three-bedroom units. Twenty percent of the residences will be sold as affordable. Parking will be included for 111 vehicles, 162 bicycles for residents, and 144 bicycles for the school. 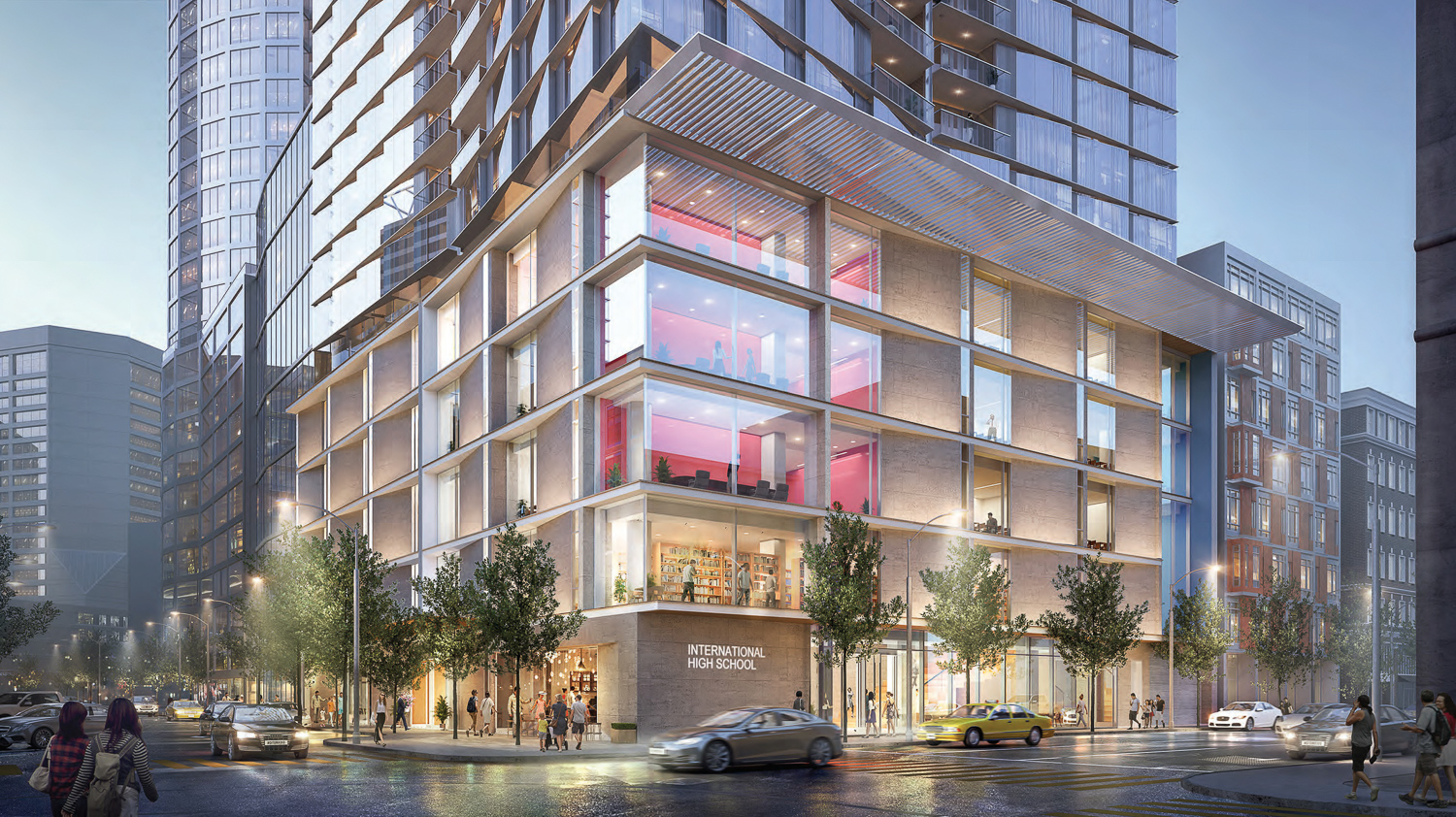 Related will create space for the secondary school facilities for the High School of the French American International School, currently located across the street. The private school will gain a 4,130 square foot assembly room, library, adjacent reading rooms, 35 classrooms, sciences labs, two maker spaces, and a roof terrace on the fifth floor, 68 feet above the street. 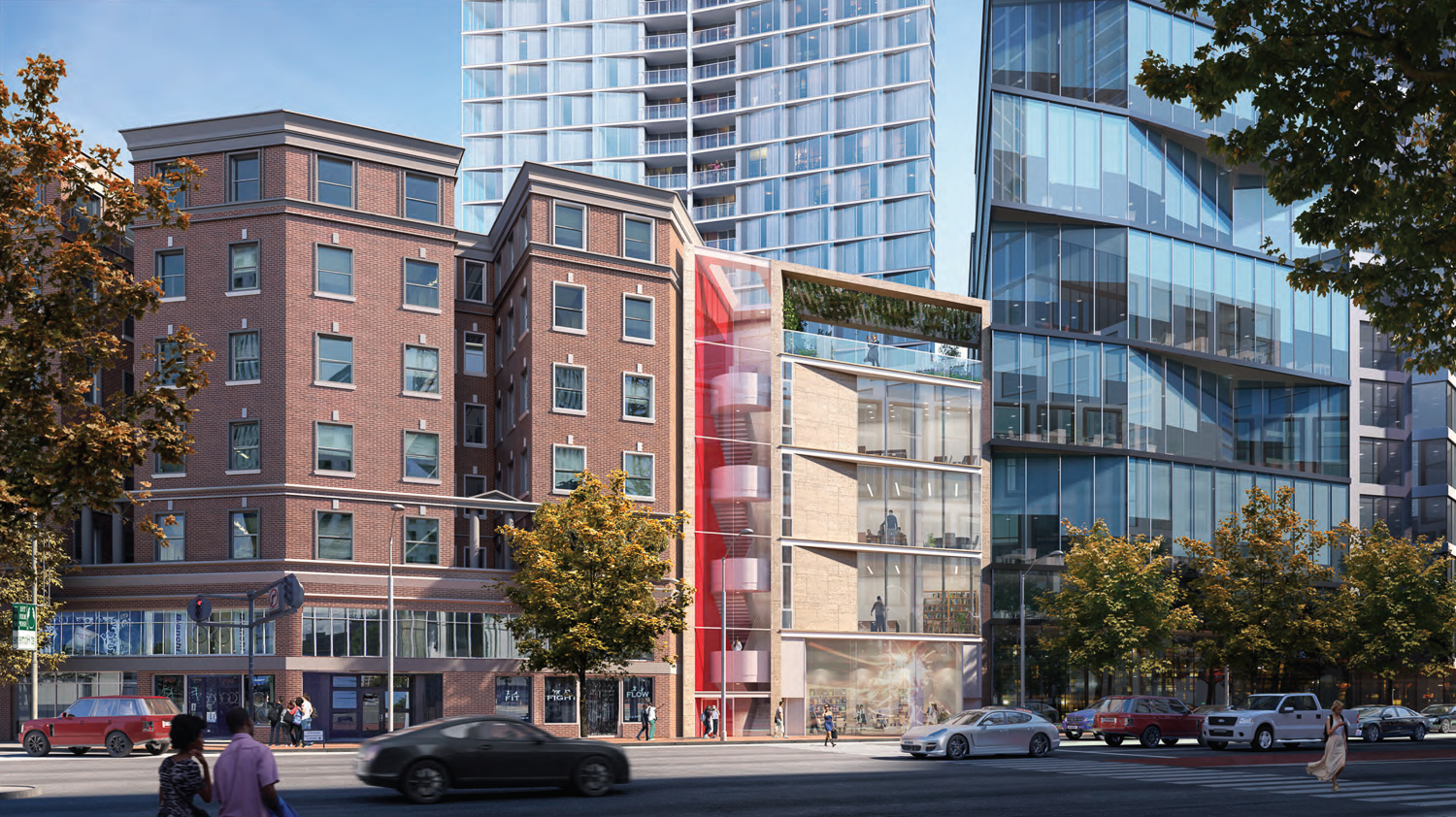 Skidmore Owings & Merrill, i.e. SOM, is the building architect. The butterfly floor plan and angled windows make for a dynamic curtain-wall tower design. The podium, which the international school almost entirely occupies, will be clad with a balance of floor-to-ceiling windows and natural stone. While the material is a contrast to what’s above it, the podium adopts a similar angled design to create texture. 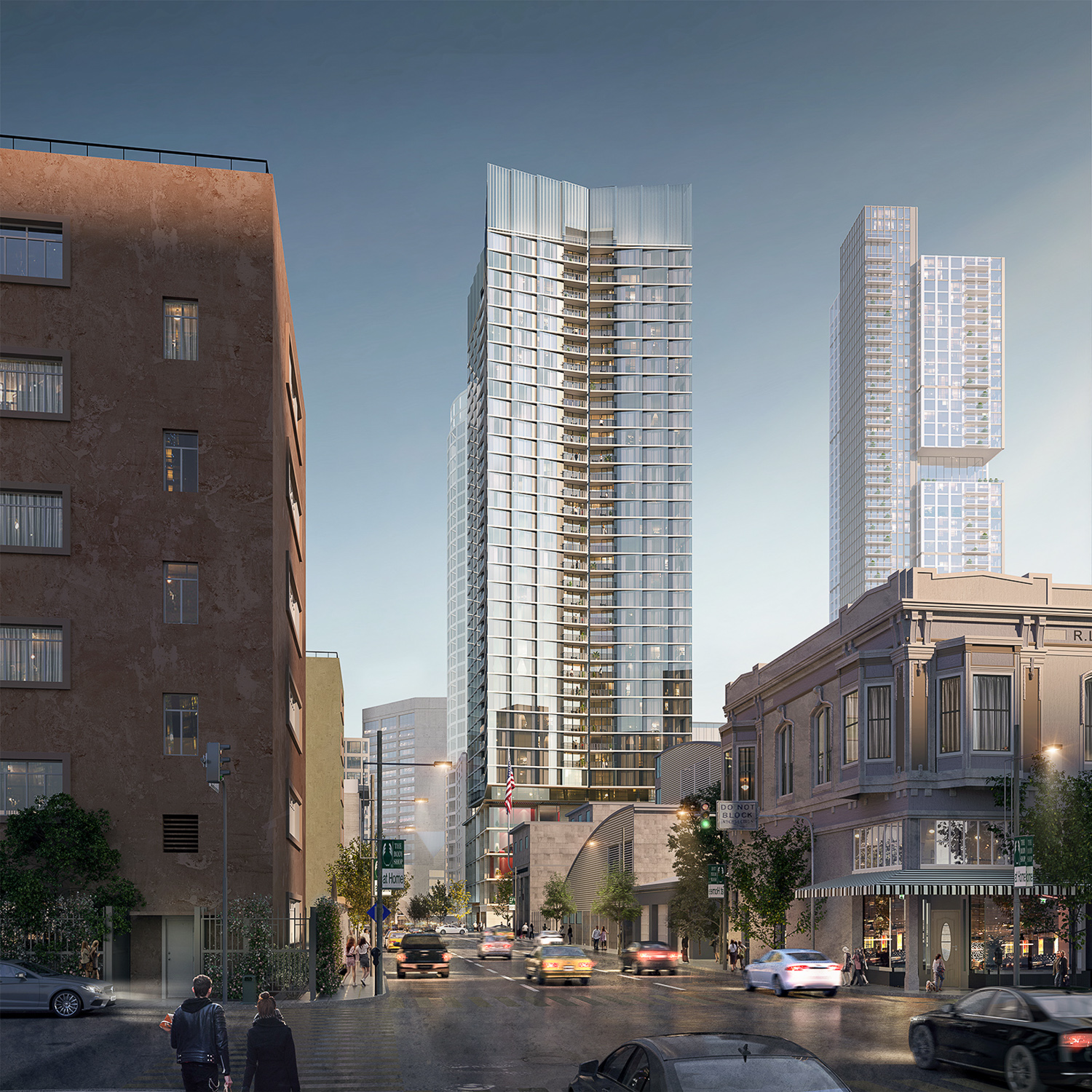 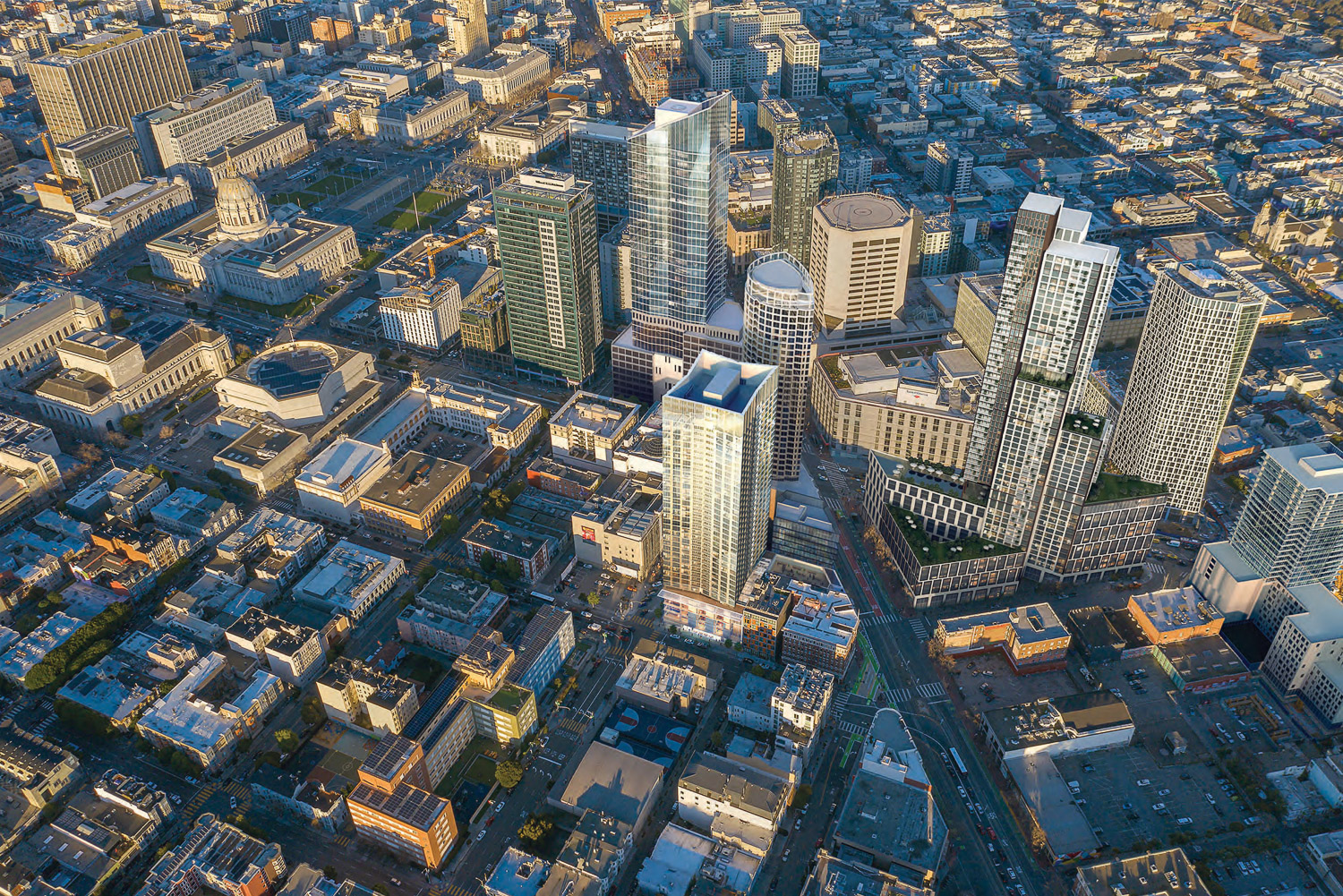 98 Franklin Street aerial view with 30 Van Ness at top left, One Oak adjacent , 10 South Van Ness as the massive project to the near right, and the complete 1550 Mission at far right, rendering by Skidmore Owings & Merrill

The building is located in the heart of the recently-zoned Hub, which aims to a new nexus for residential of business for the maturing city. 98 Franklin will join a new roster of novel skyscrapers around Van Ness and Market Street’s intersection, including the newly opened 1550 Mission Street, the nearly-complete 30 Otis Street, and the proposed 590-foot tall 10 South Van Ness designed by Kohn Pederson Fox. The project is adjacent to the topped-off 1554 Market Street, and the delayed One Oak, featuring design by Snøhetta. 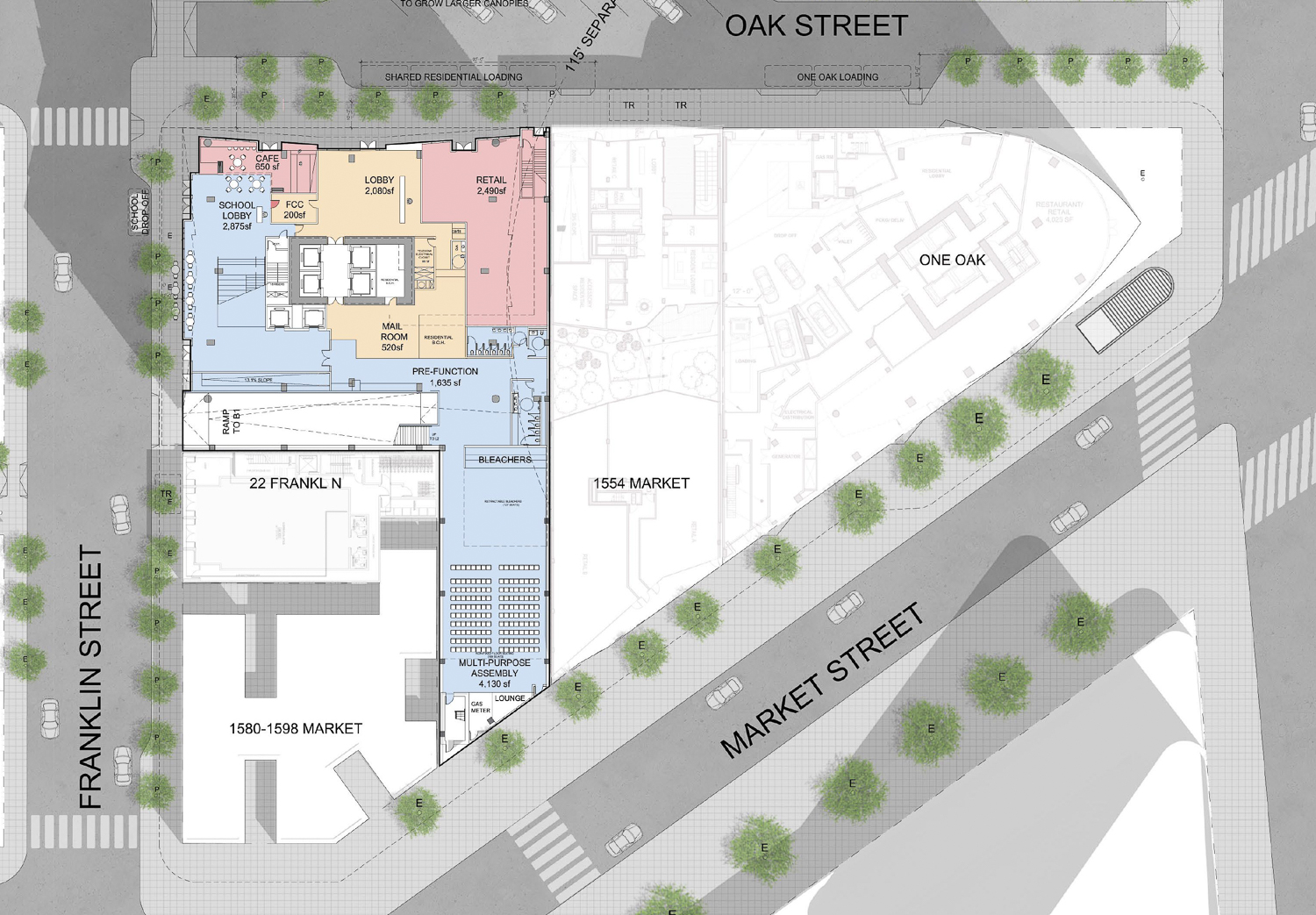