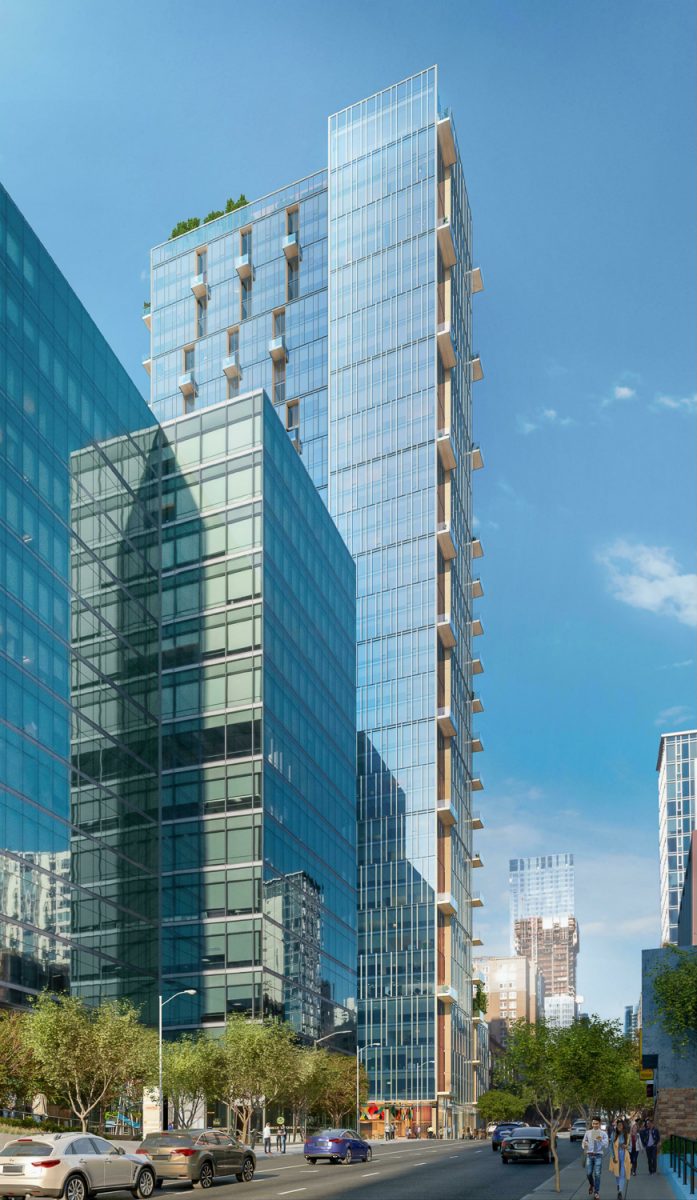 The 41st tallest skyscraper in the Bay Area built or planned is 95 Hawthorne Street, a proposed residential tower around the corner from the Moscone Center in SoMa, San Francisco. The tower rises 444 feet tall to the top floor and 461 feet to its peak. With the property’s 2007 sale and permit valuation combined, the development costs will go well over a third of a billion dollars. The Boston-based property owner, John Hancock Life Insurance Company, has partnered with Holland Partner Group as joint developers. 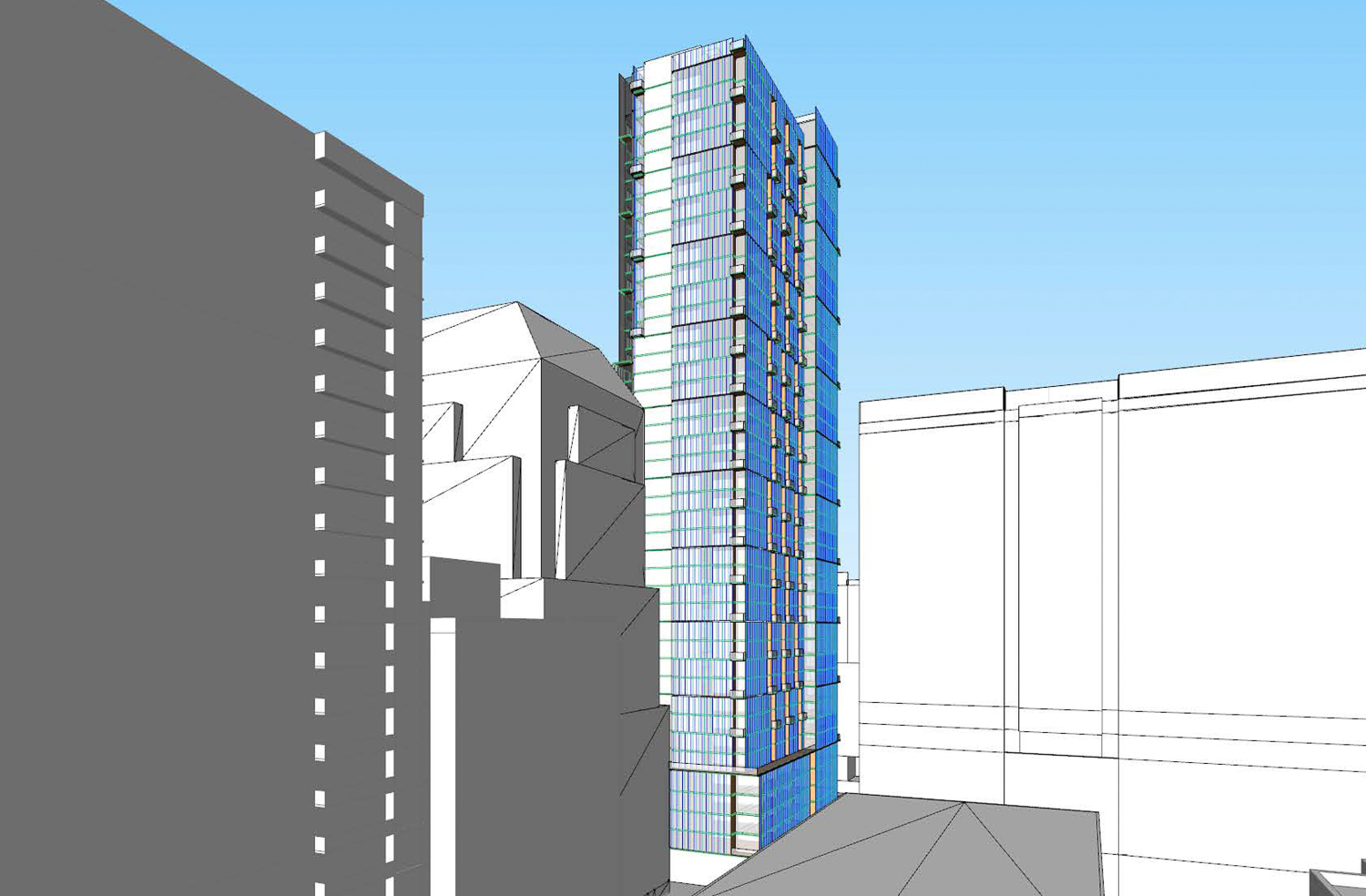 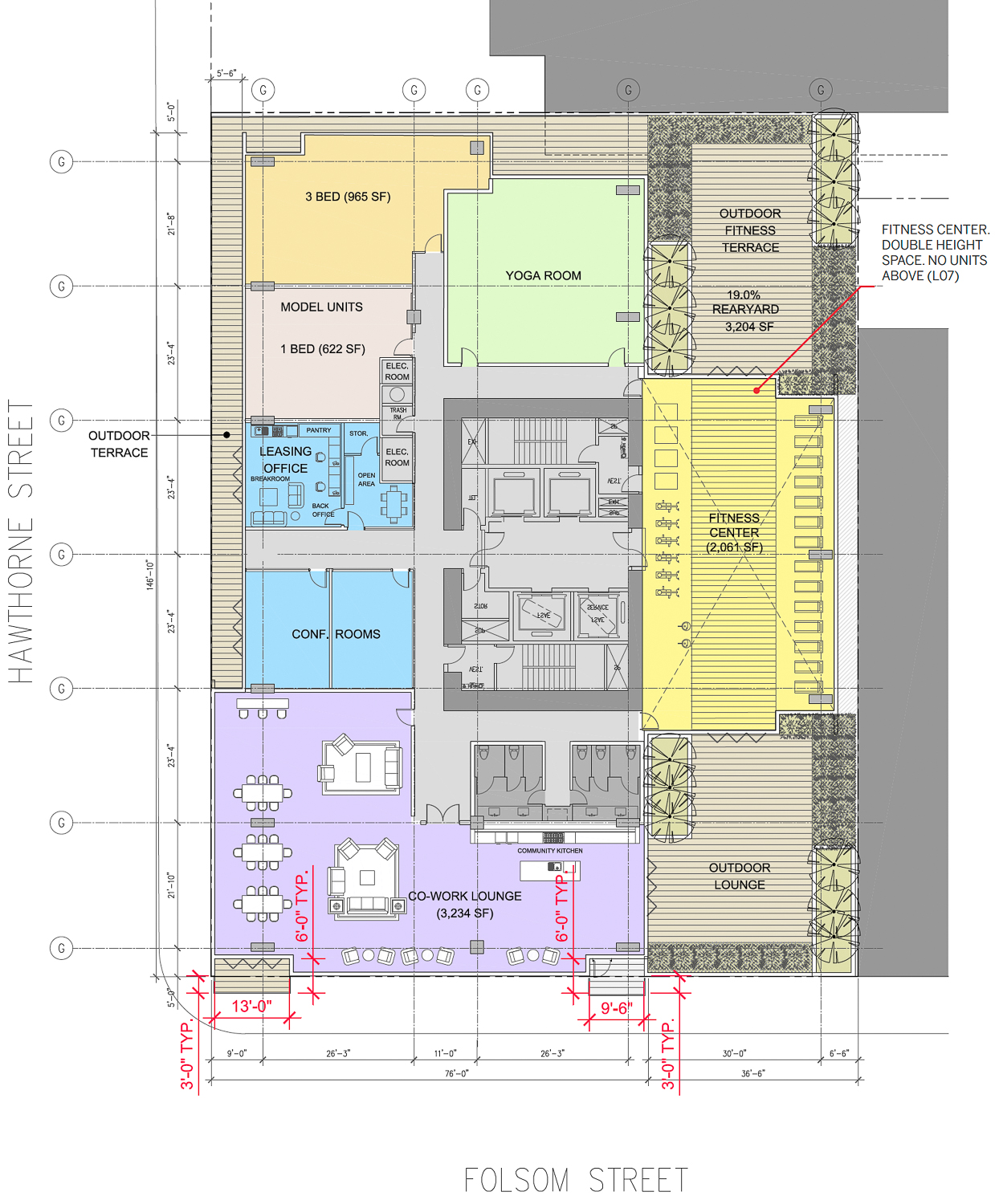 The project will offer a ground-level retail space, lobby, and mailroom. Level two will include parking for 184 bicycles, accessible from a dedicated elevator. The sixth floor will become an amenities floor, offering a community lounge, yoga studio, co-work lounge, and fitness center. However, the choice amenity will surely be the outdoor rooftop terrace, which will offer panoramic views of the Bay Area from the southern edge of the urban core. 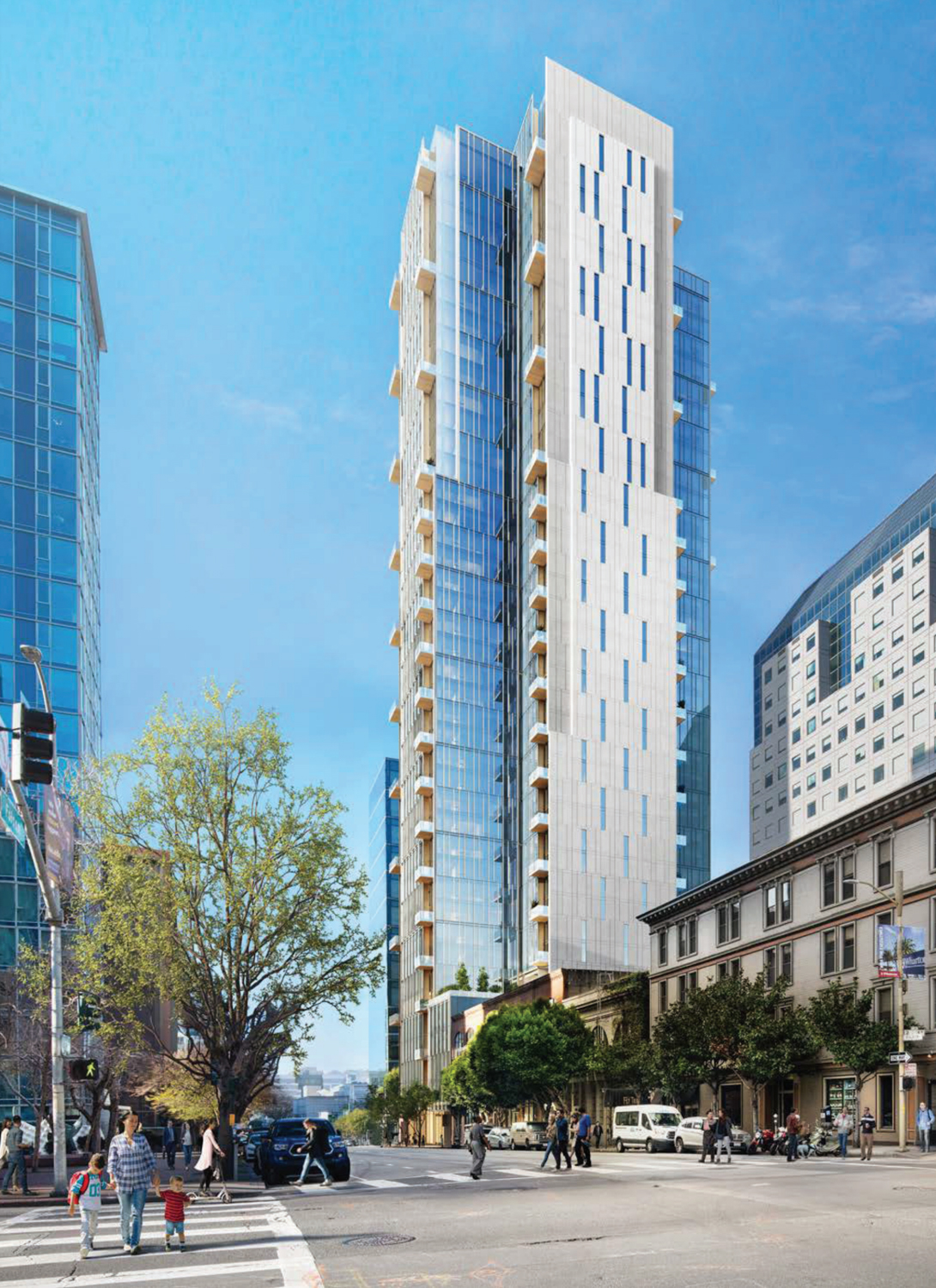 Skidmore, Owings & Merrill is the architect. Most of the building is wrapped with a curtain wall system. The private balconies will be paired with a wooden high-pressure laminate panel. Viewed from the east along 2nd Street, the project will have a white and light-grey precast fiber cement wall. The project is an appropriate urban infill, slightly expanding the city’s pack of high-rises without dramatically altering the skyline. 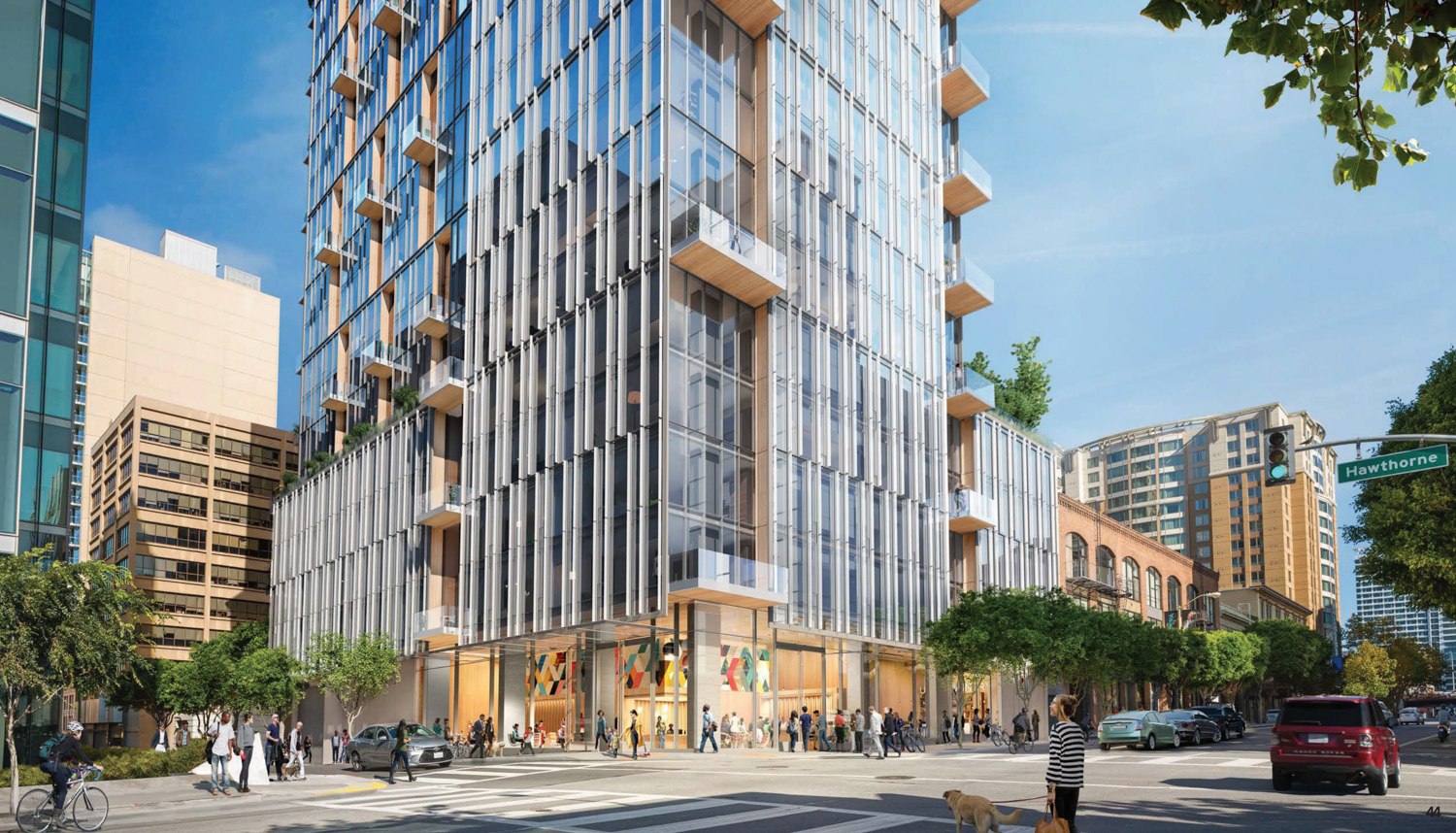 The project was first proposed by Trammell Crow Residential as the developer in 2016, though they have since passed on responsibility. The union-employing Turner Construction is in charge of pre-construction services, with John Hancock Financial Services Company as the client. The building is aiming for LEED Gold certification.

City records show that Hancock purchased the property in 2007 for $186 million. Demolition and new permits, filed in October 2020, estimated the construction job to cost $180 million. A groundbreaking date has not been established, but an opening is expected thirty months after the job starts. Excavation work will take away over thirty thousand cubic yards of earth.

Be the first to comment on "Number 41: 95 Hawthorne Street, SoMA, San Francisco"