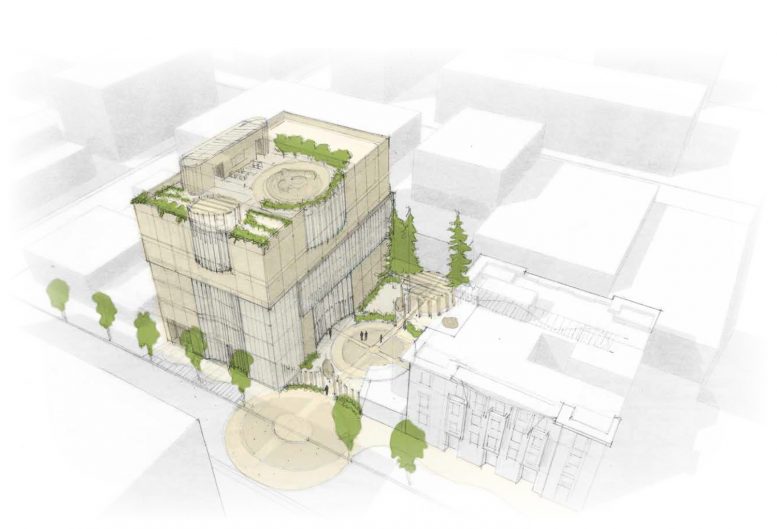 The preliminary project assessment application has been closed as plans advance for the six-story mixed-use building at 80 Julian Avenue, to be called The Village, in the Mission District, San Francisco. Friendship House, the project lead, describes The Village as a unique urban proposal, an inter-tribal community coalition center for Native organizations and groups serving the city’s Indigenous population. 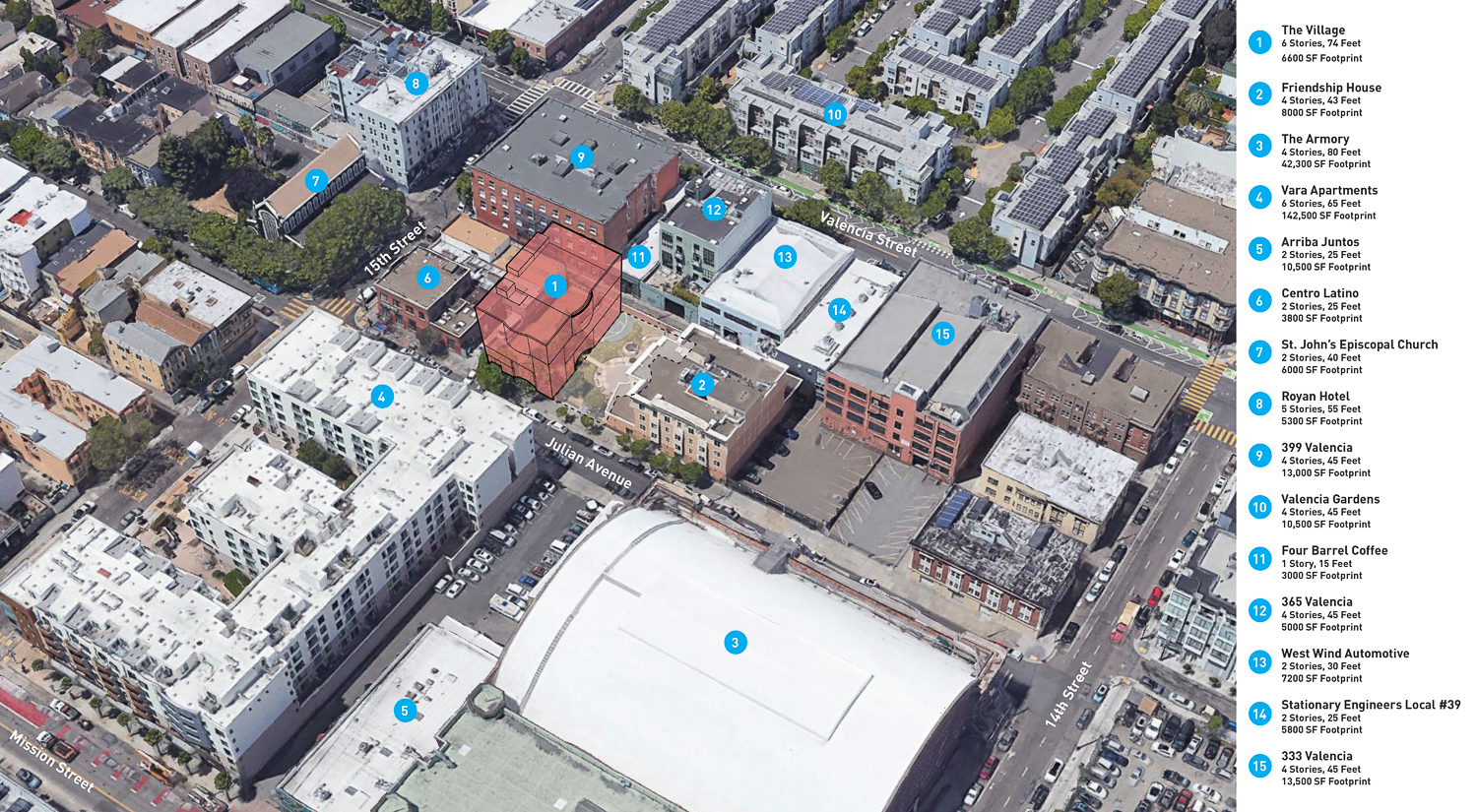 The 74-foot structure will rise from a currently vacant 6,600 square foot lot. The center will include 14,000 square feet for 21 group housing rooms, 12,500 square feet for medical and dental facilities, and 17,000 square feet of additional functions such as social services, community clubhouses, and events. Parking will be included for 16-18 bicycles. 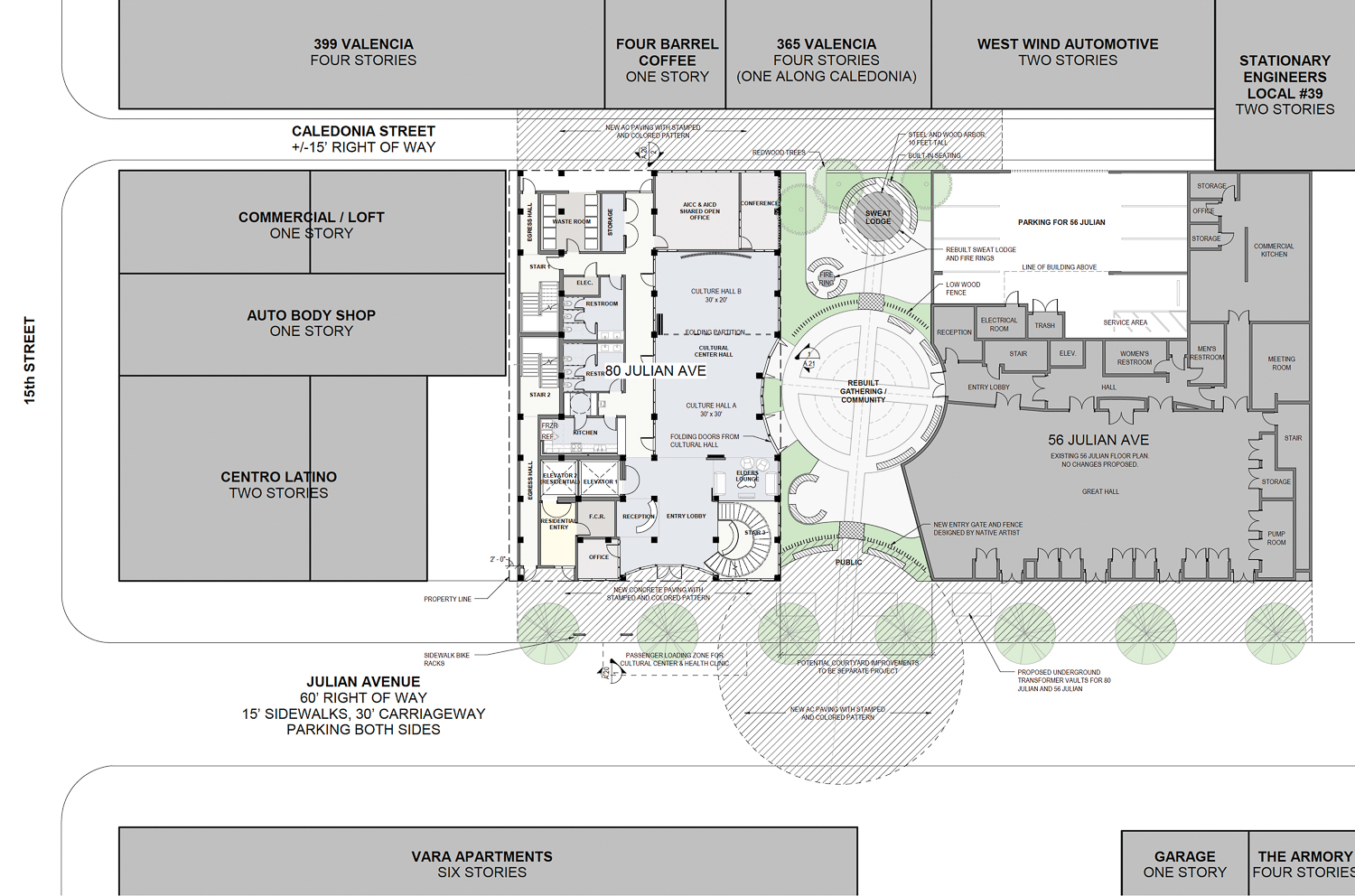 Friendship House is the project leader in partnership with the American Indian Cultural Center (AICC) and American Indian Cultural District (AICD). The Oakland-based Architecture firm, PYATOK, is managing the design with Lawrence Badiner Urban Planners. The preliminary illustration shows the facade to be a mix of solid surfaces and curtain walls. Rounded features will respond to the courtyard design at ground level and be a contemporary iteration of the city’s Bay Window vernacular for the residential floors. 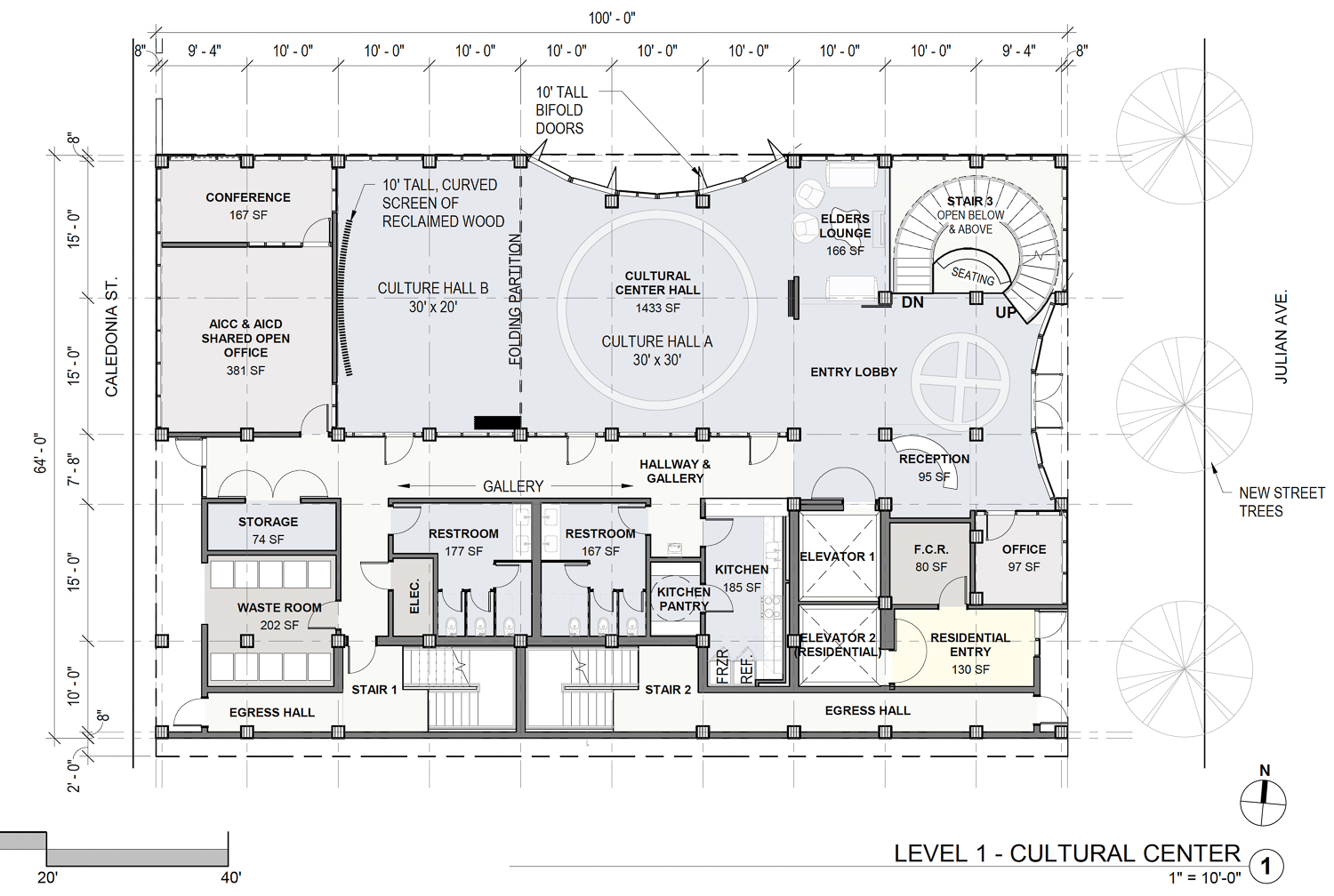 The building will include offices for the AICC and AICD administrators on the ground level, connected to an elder gathering space and reception. The basement and second floor will offer recreation and amenities for Indigenous youth and teens with a partial basketball court, entertainment room, lounge, and dining facilities. 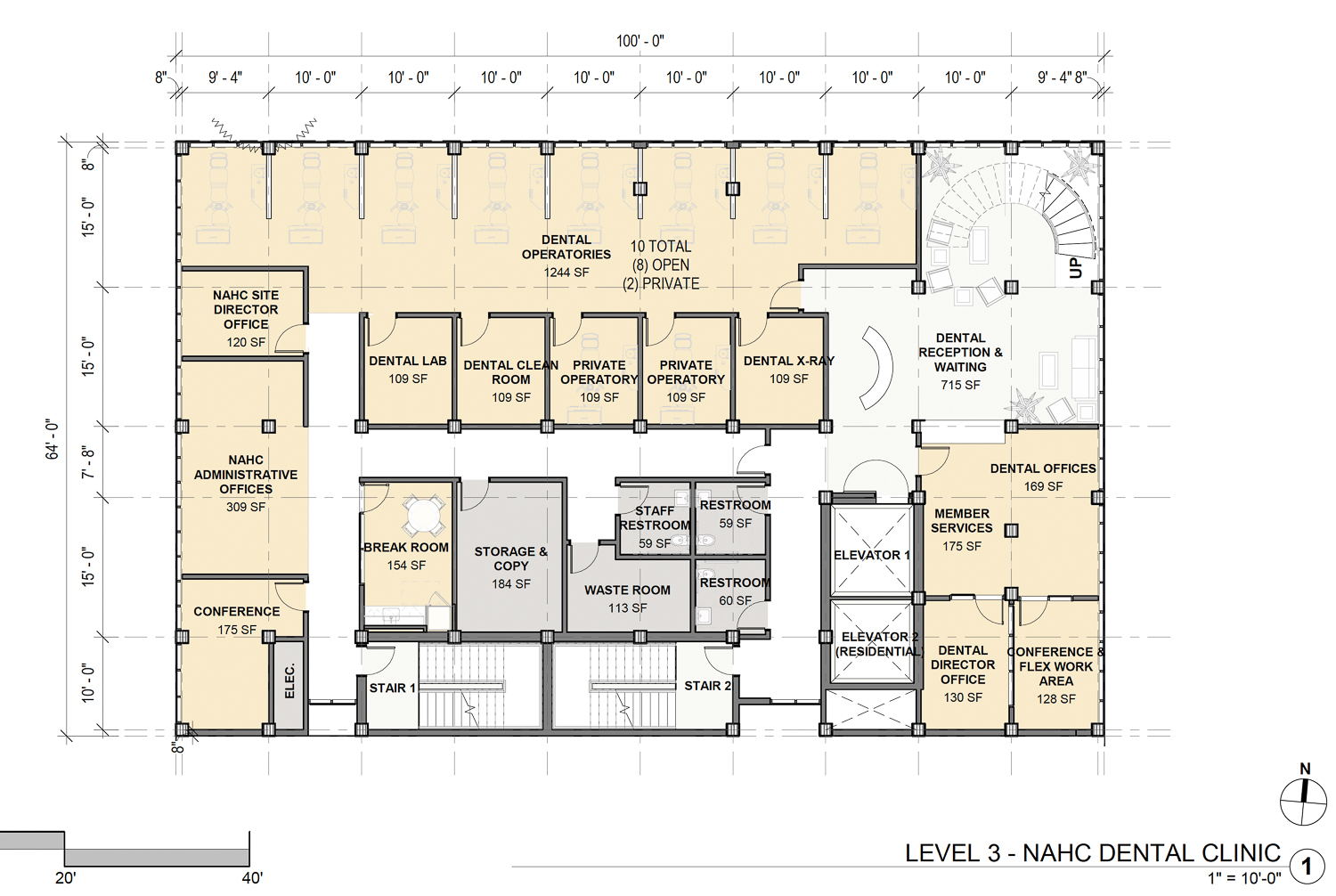 A spiral staircase will connect the basement level to the fourth floor, at the corner of the to-be redesign outdoor courtyard and Julian Avenue. Floors three and four will offer an extensive facility for the NAHC Medical and Behavioral Clinic. The offices will allow the clinic to provide dental care. 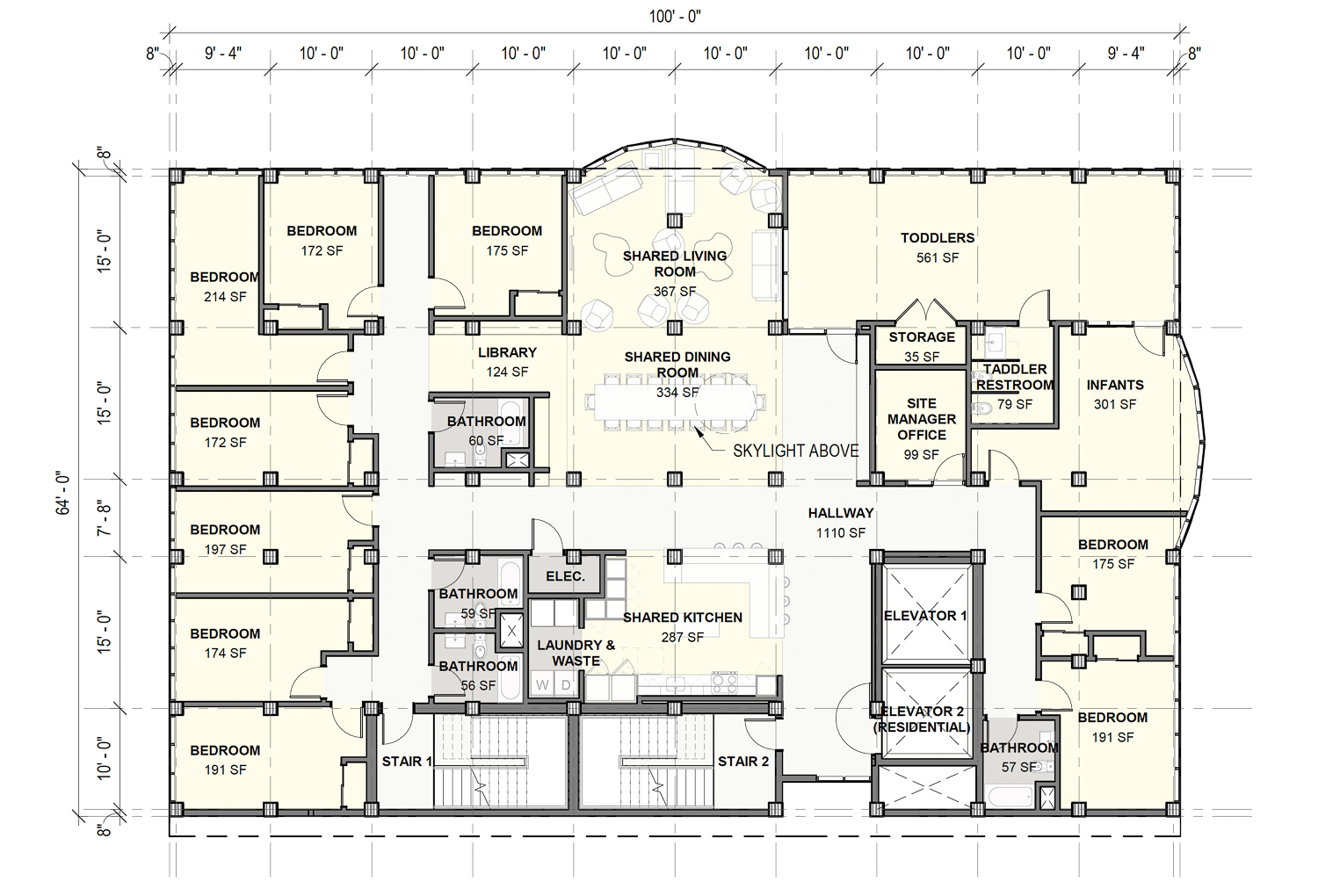 The top two floors will each offer specialized housing. The fifth story will provide twelve units of transitional housing connected to a shared living and dining room. This space is for residents moving out from the neighboring substance abuse treatment program in the Friendship House at 56 Julian Street. The sixth floor will offer nine residential units for women’s housing and two rooms for toddler and infant care, communal dining, and a library.

The rooftop will offer residents a play area with a central play structure representing the seven hills of San Francisco. 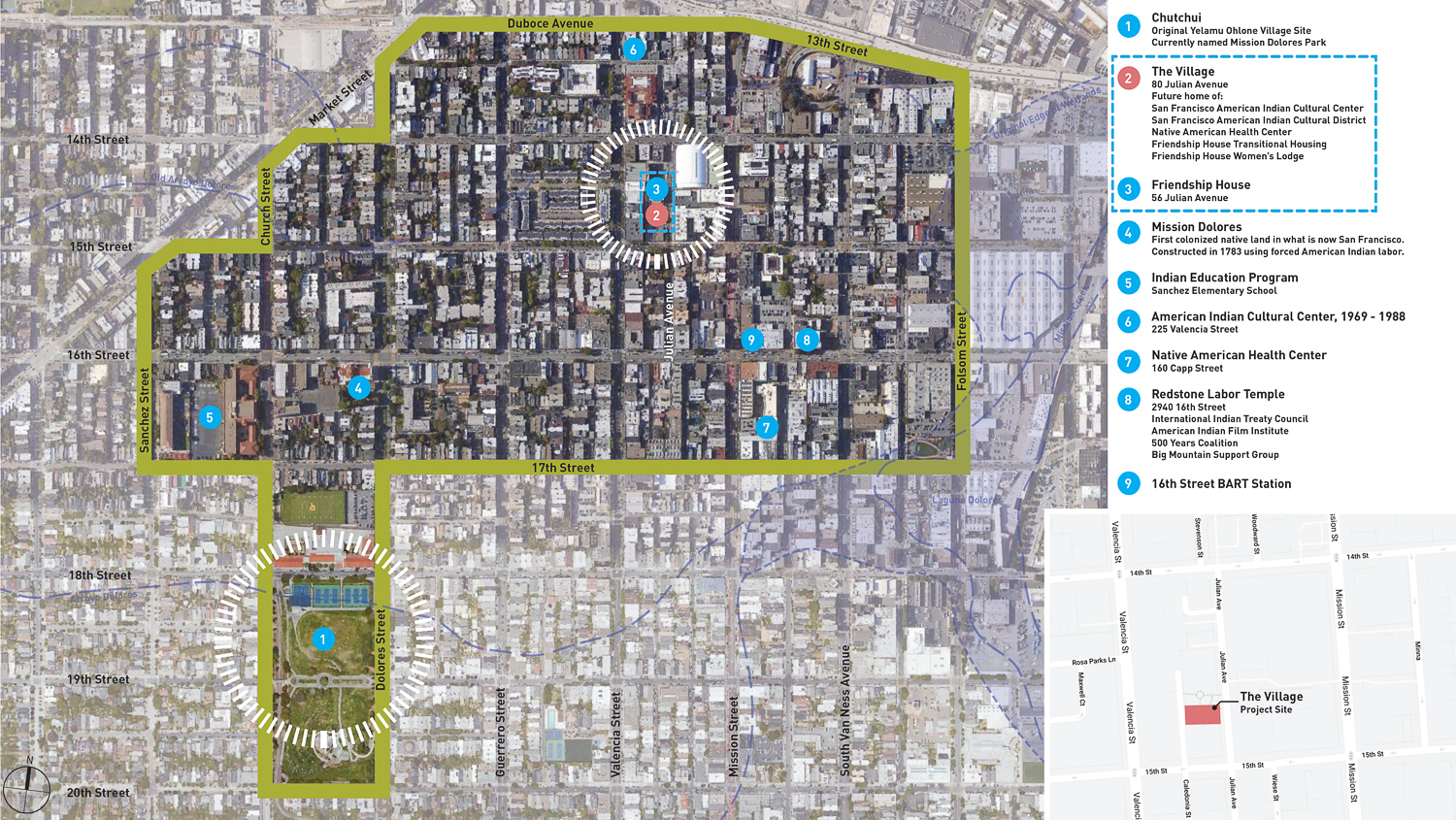 The Village will have neighbors in several Indigenous institutions as part of a cultural district that includes the original Yelamu Ohlone Village Site, the Mission Dolores, which was built by forced Indigenous labor and represents the start of European colonization, the Indian Education Program, the Native American Health Center, and the Redstone Labor Temple at 2940 16th Street.

Residents, staff, and visitors will be just two blocks from the 16th Street BART Station. Construction is expected to finish by 2025 with the total cost estimated to be $80 million.

Be the first to comment on "Illustration Revealed for 80 Julian Avenue, Mission District, San Francisco"