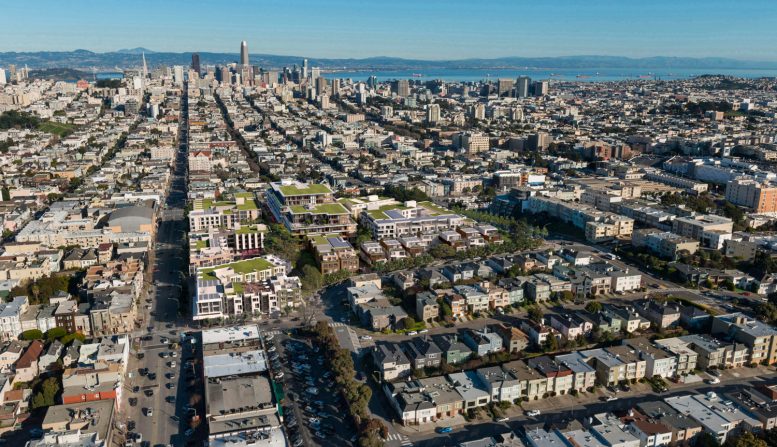 Proposed modifications to the redevelopment plan give minor alterations to the approved mixed-use project of 3333 California Street in Laurel Heights, San Francisco. The development will replace the existing UCSF Laurel Heights property with 752 new apartments, a quarter of which will be affordable housing, retail, and more. The changes expand Euclid Green’s public open space by not building one duplex townhome, modifications to the Presidio Steps, and an adjustment to the project tree count. Prado Group is the project developer. 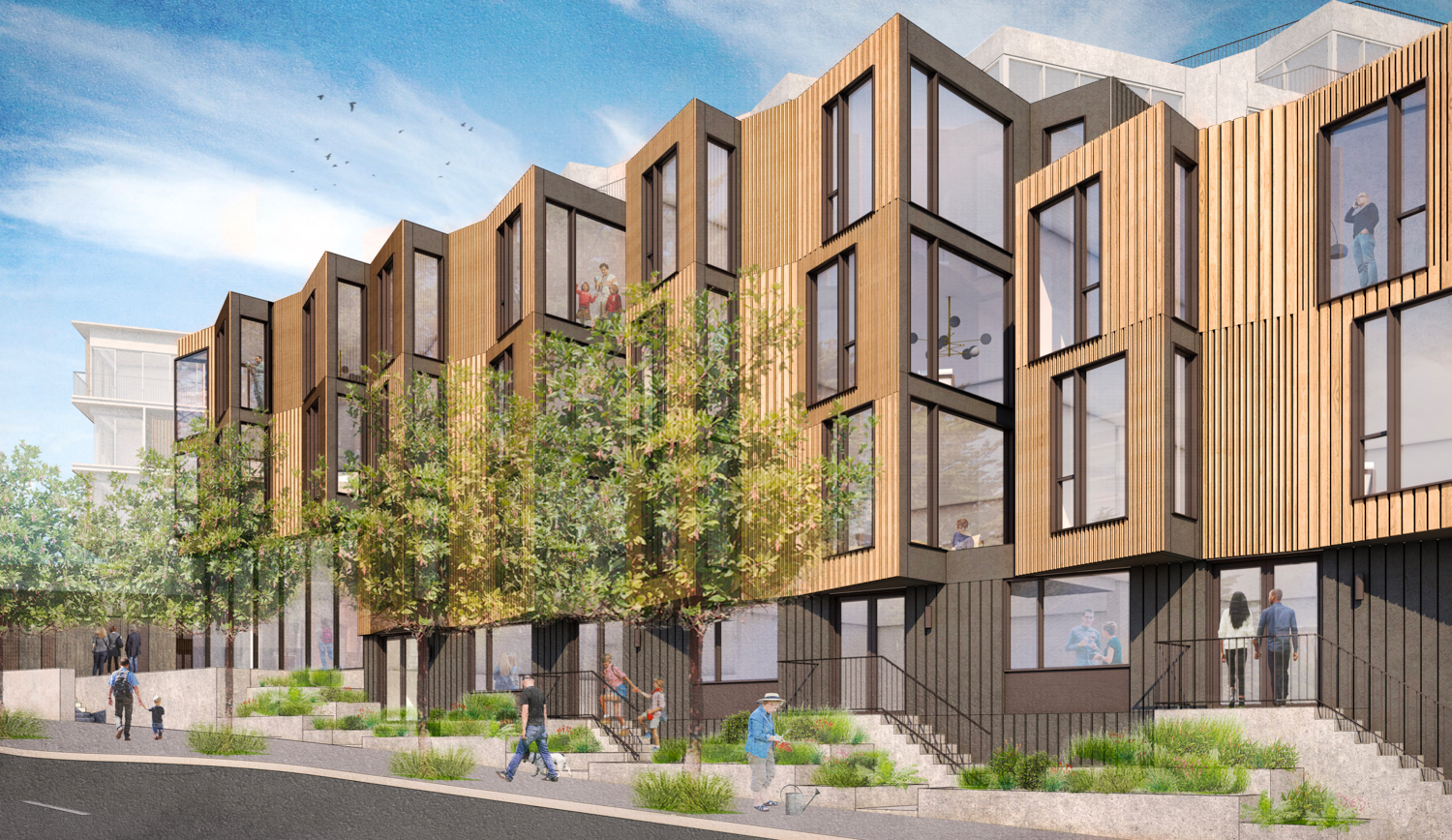 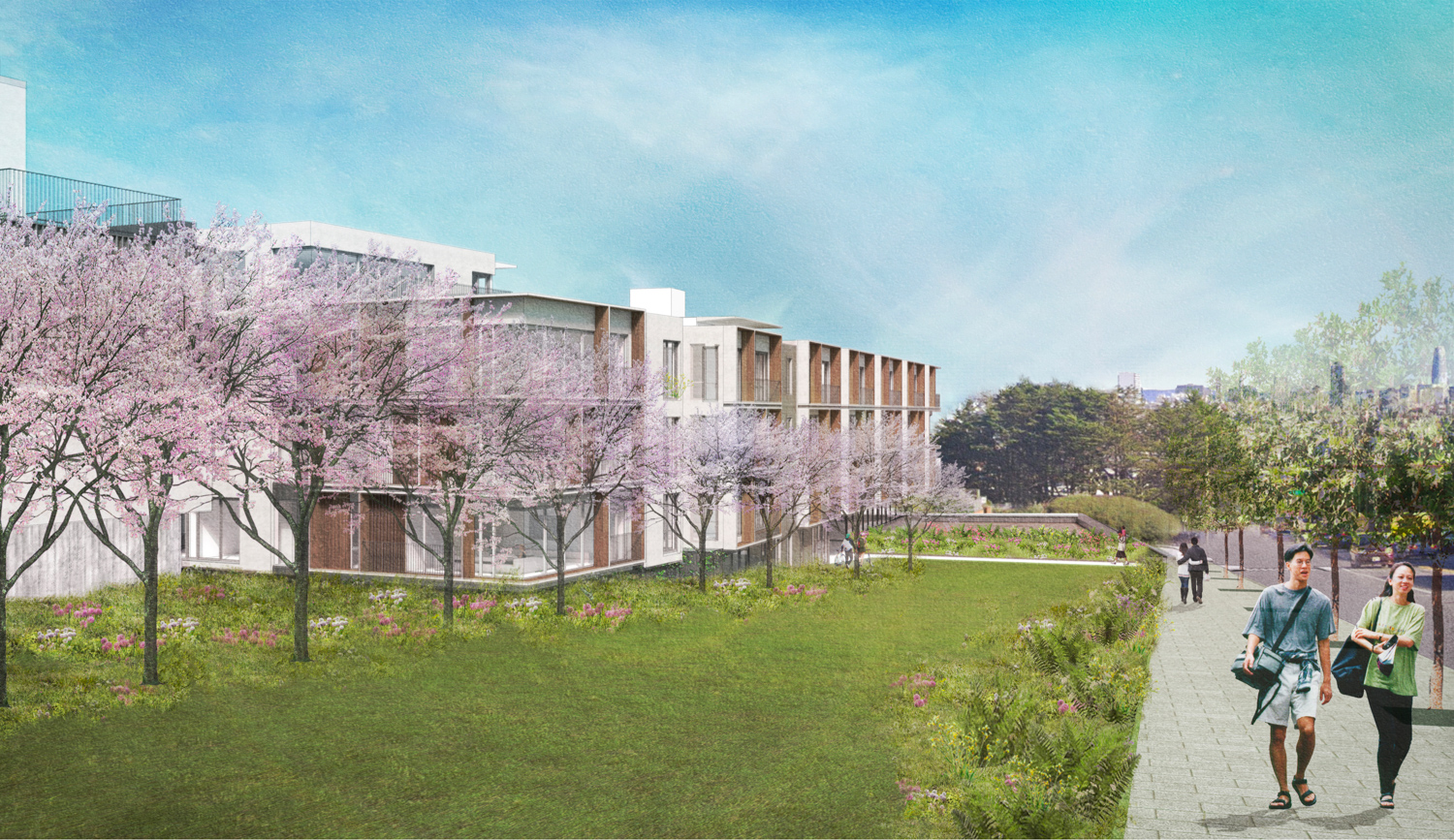 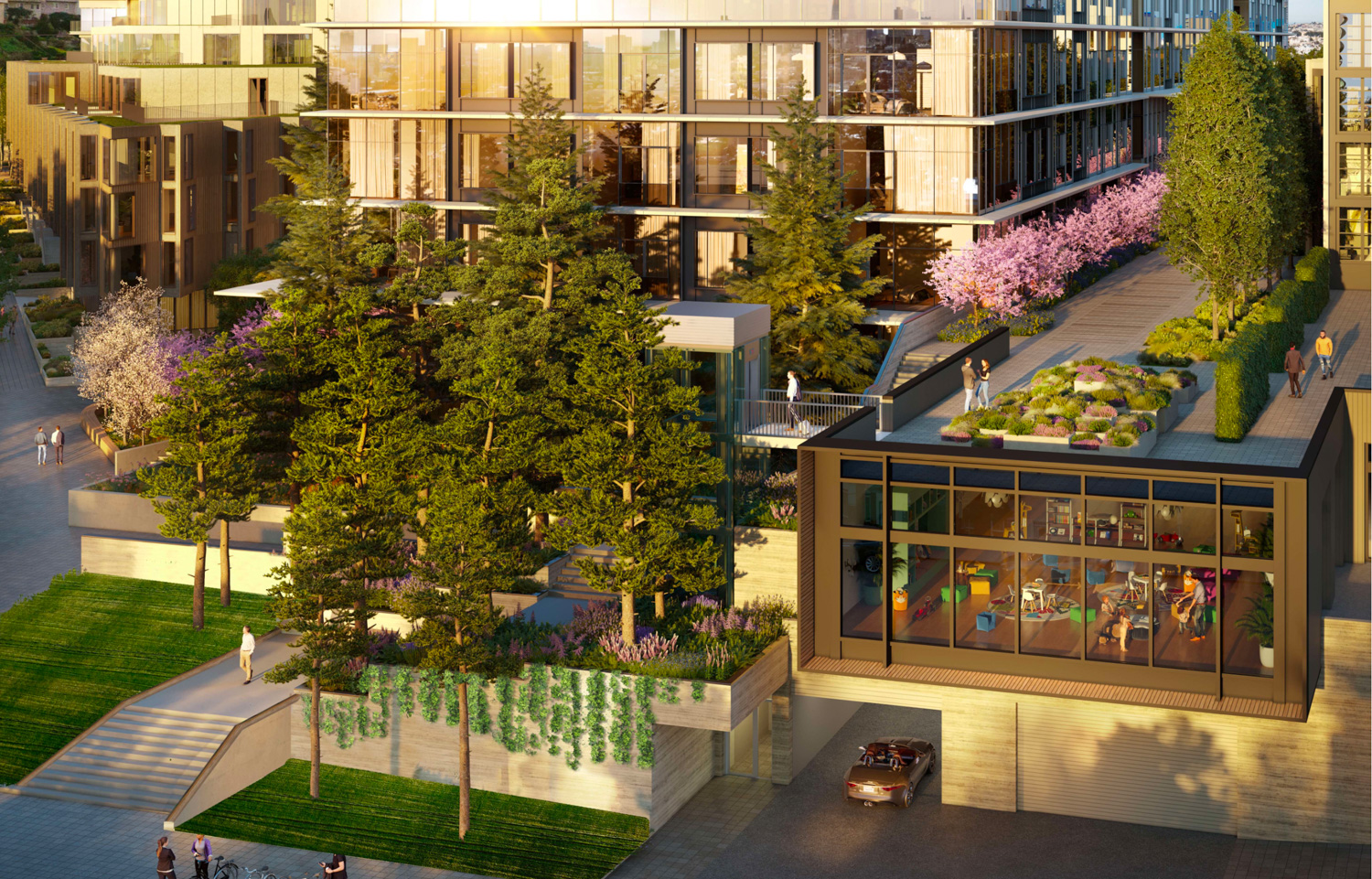 This recent amendment will reduce the number of trees on-site after the project is complete from 295 to 273. Twenty-two trees will not be planted along Euclid Avenue and Laurel Street. The reason given for this decision was to “maximize the openness and accessibility to and vistas from the Euclid Green open space,” according to the recent application. As for the Presidio Steps, the amendment will replace landscaping planters with 2,000 square feet of new turf lawn, as depicted in renderings. 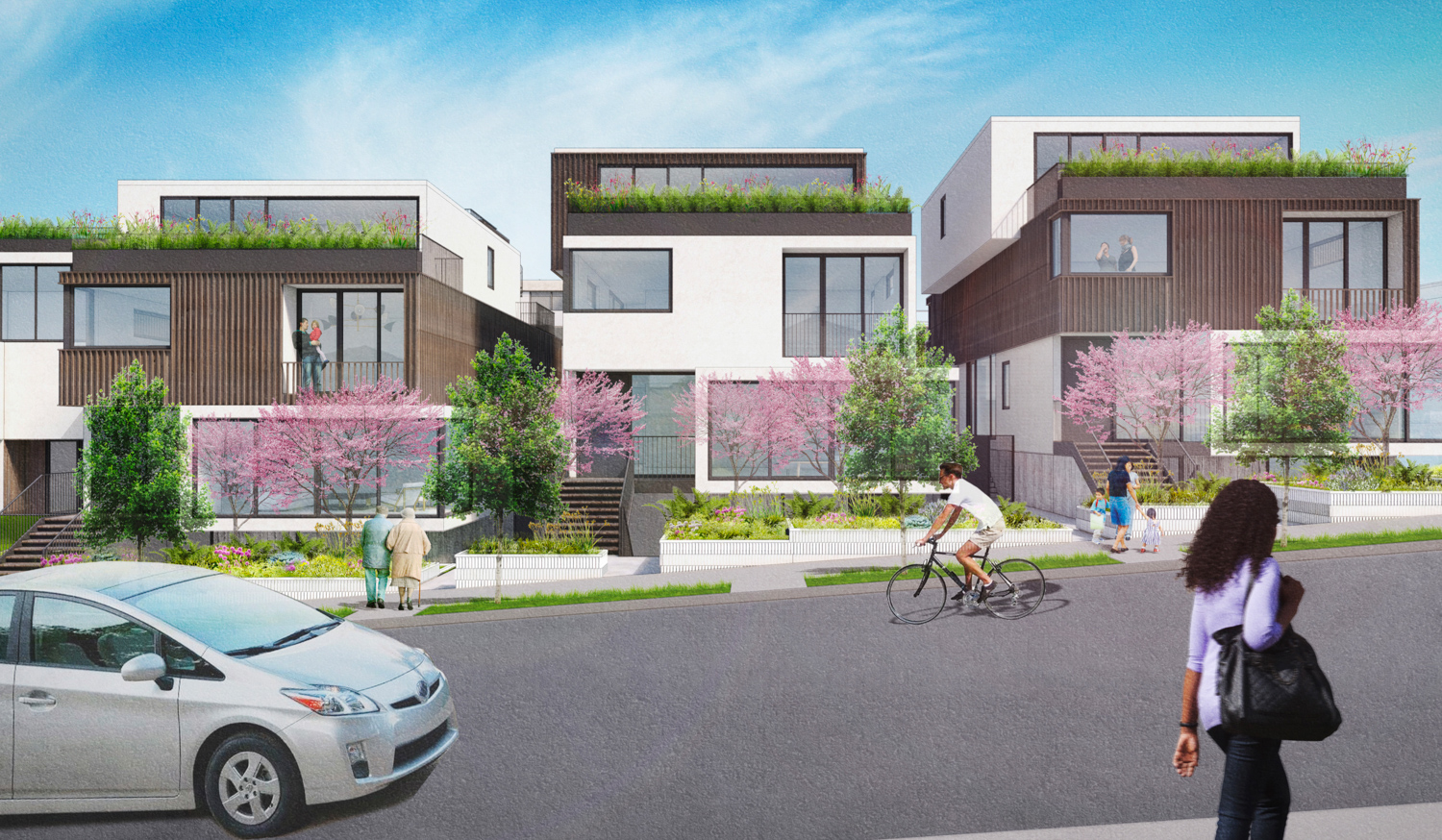 Prado’s plans include full demolition of a small annex structure, surface parking, and a ramp. The central building will be partially demolished to allow for its adaptive reuse as a mixed-use building with apartments and retail. The building will be divided into two structures, with between two and three floors added to the rooftops to rise 80-92 feet tall above ground. 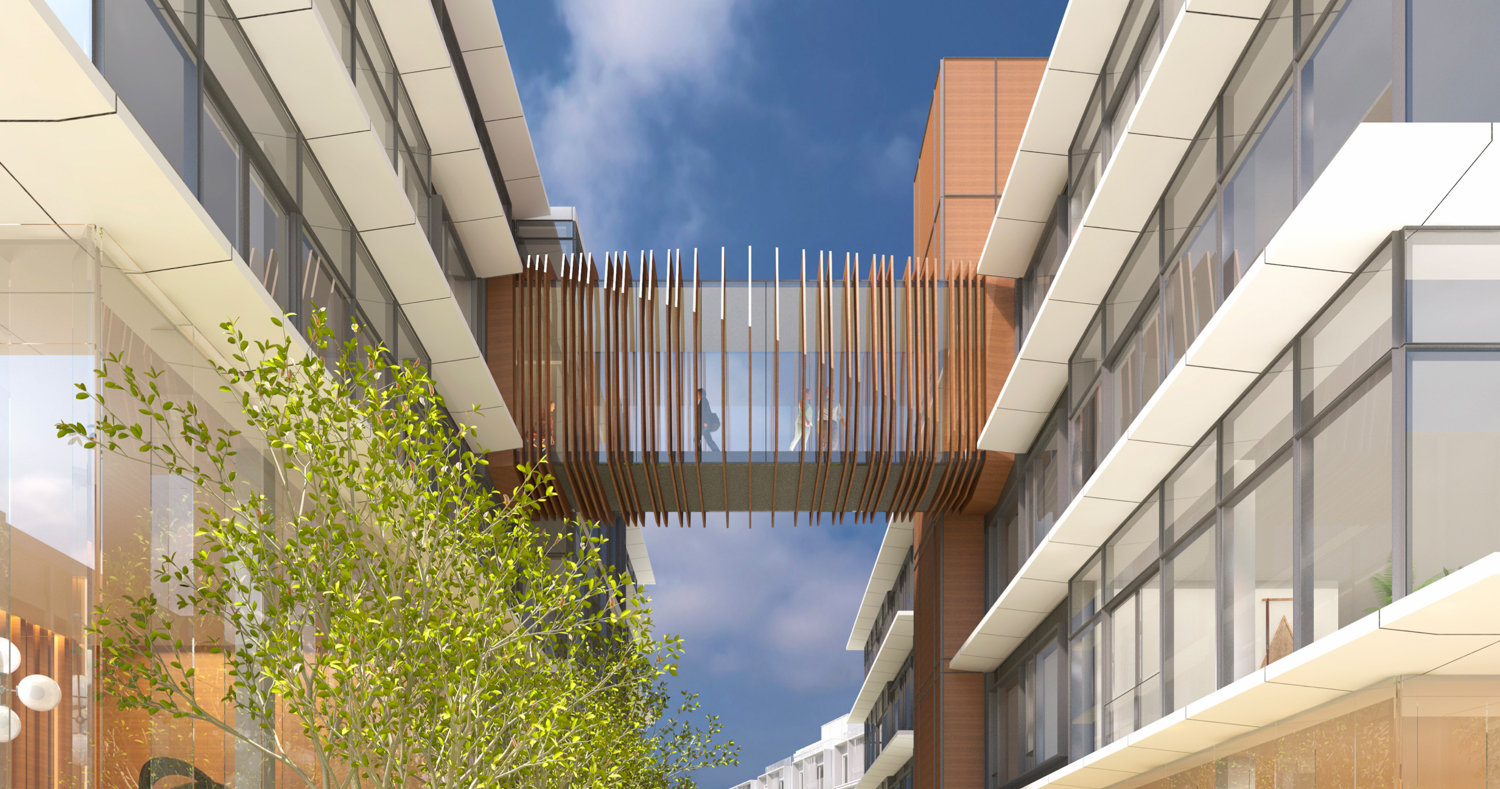 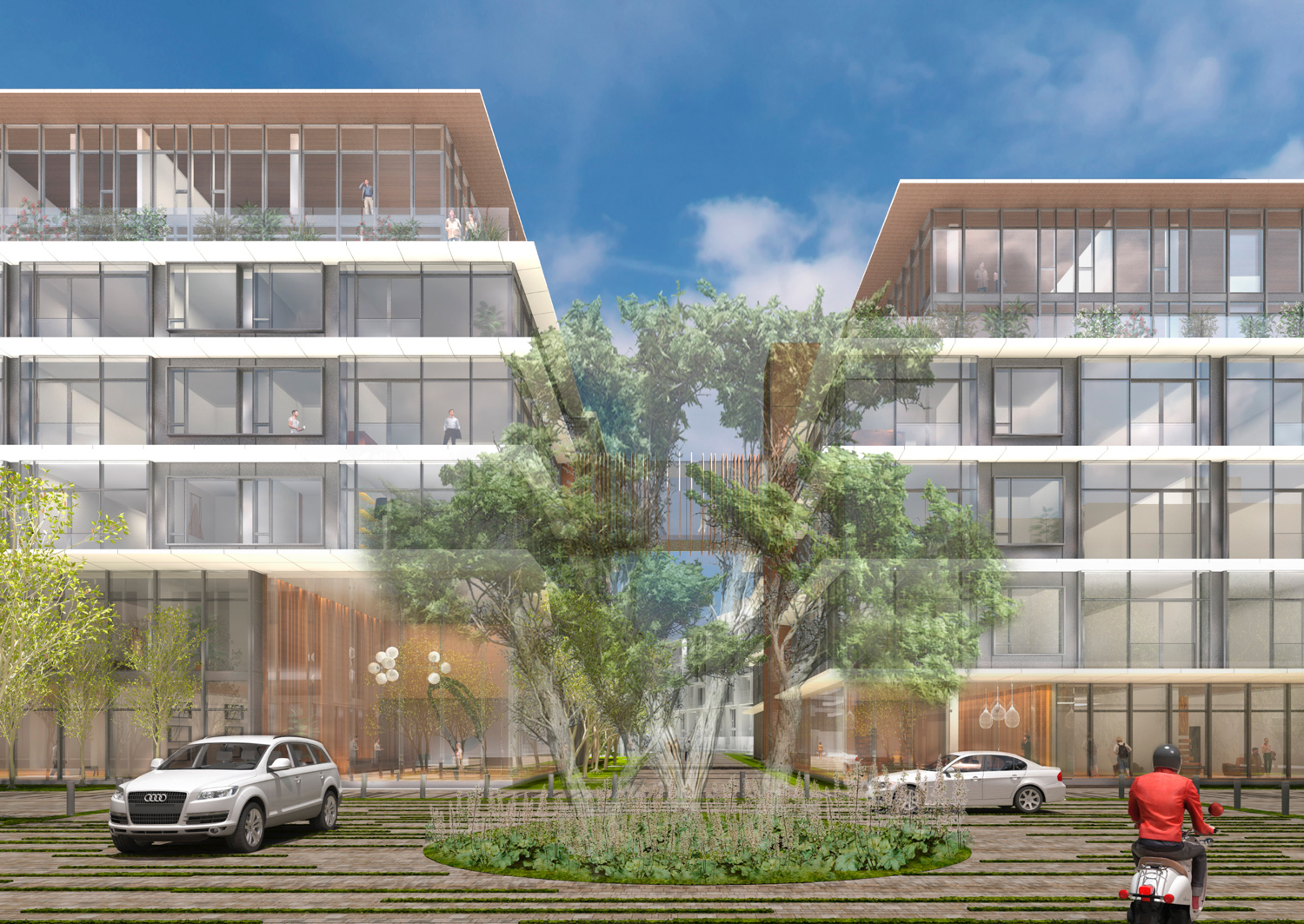 Nearly a quarter of all residences on-site will be sold as affordable housing for low-income senior households. The deed-restricted units can be found inside the future Walnut Building with an on-site manager unit and 185 apartments ranging from studios to one-bedrooms. 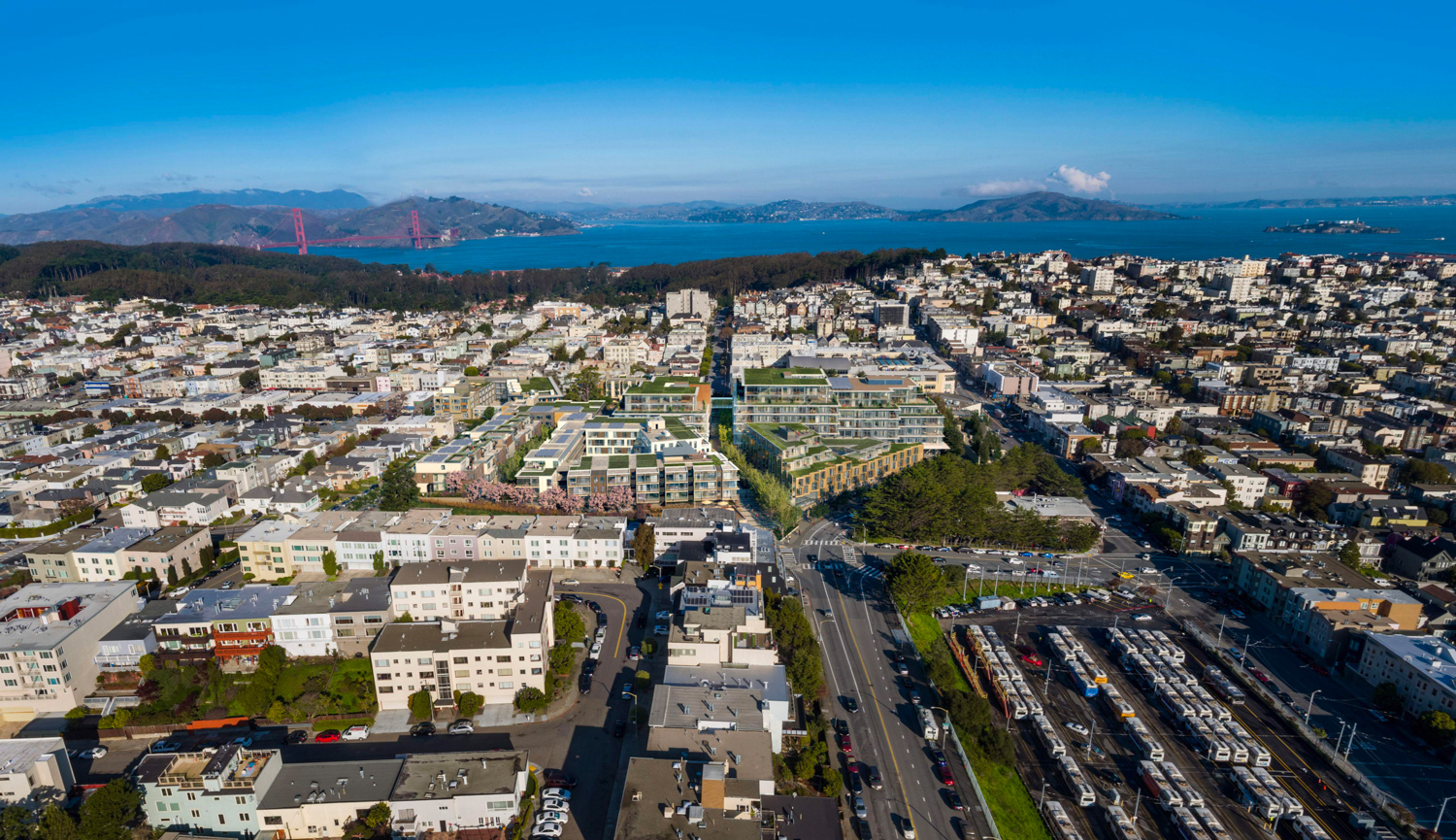 Over half of the project site will be left as grade-level open space. Some of the area is private open space for exclusively residential access, while 125,000 square feet of landscaped open space, including lawns, plaza area, and pathways, will be publicly accessible. 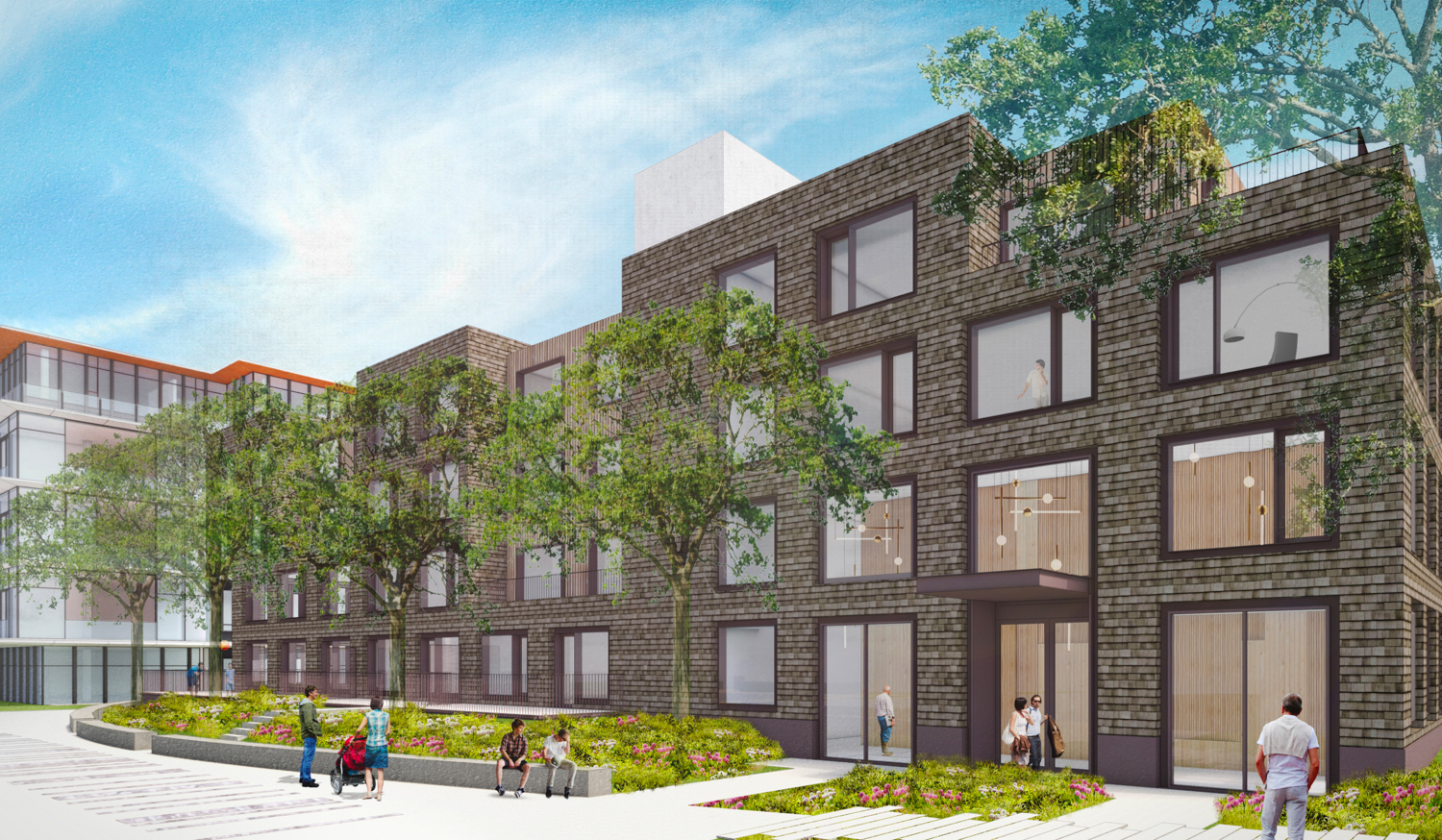 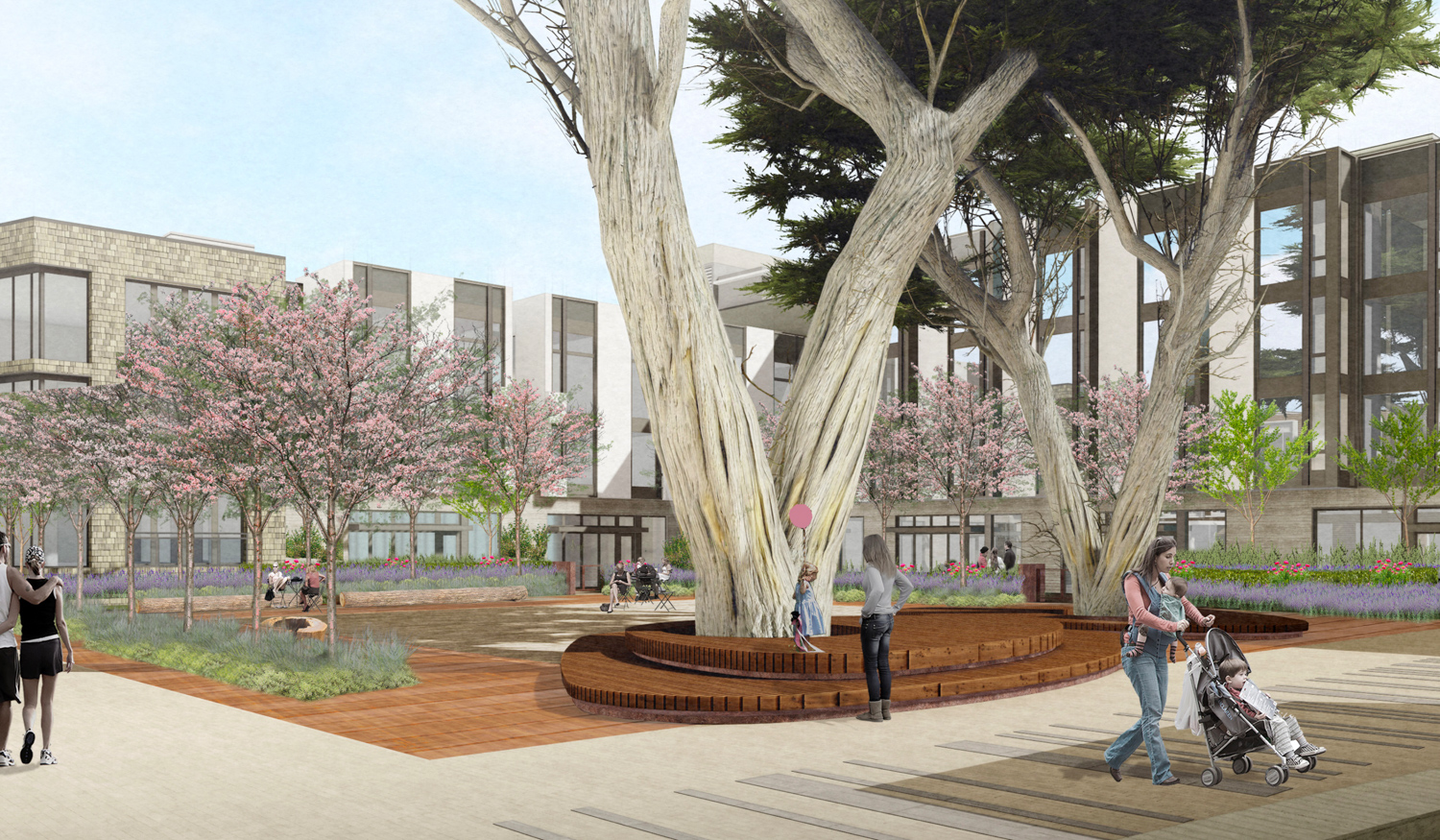 Construction is expected to last over seven to fifteen years divided across four phases, with no exact date announced for the groundbreaking. City records show the property was sold in 2018 for $1.6 million.