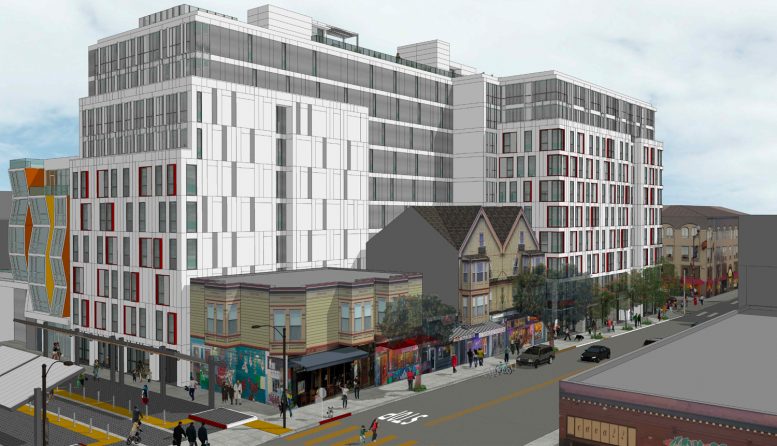 2588 Mission Street from the corner for 22nd Street and Bartlett Street, rendering by Ian Birchall and Associates

The development team has requested a project review meeting with the San Francisco planning department regarding expanded plans for a ten-story residential development with affordable housing at 2588 Mission Street in the Mission District. After California increased the State Density Bonus program from 35% to 50% this year, the proposal now includes 182 units, greater than previous plans for 148 units. San Francisco-based Ian Birchall and Associates is responsible for the architecture.

The 100-foot tall structure will yield 177,770 square feet with 173,120 square feet dedicated to residential use, 3,870 square feet for commercial retail, and 785 square feet for a community space. Of the 182 units, there will be 108 one-bedrooms and 74 two-bedrooms. Parking will be included for 139 bicycles. Thirty units will be rented as inclusionary below-market-rate apartments. 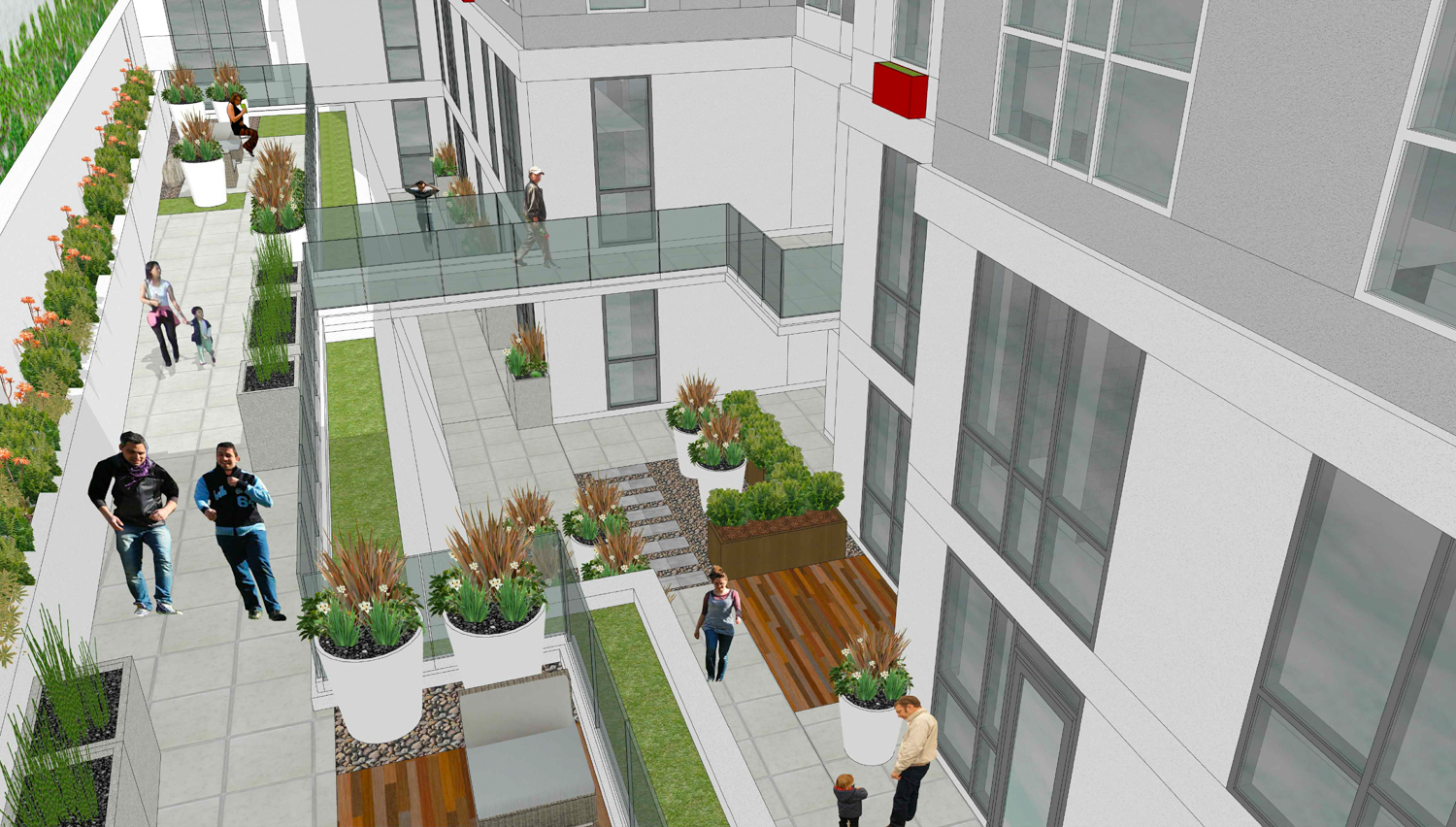 5,480 square feet of common usable open space will be spread between a basement to first-floor courtyards and a rooftop terrace. Other residential amenities will include a lounge, fitness center, and residents’ storage. 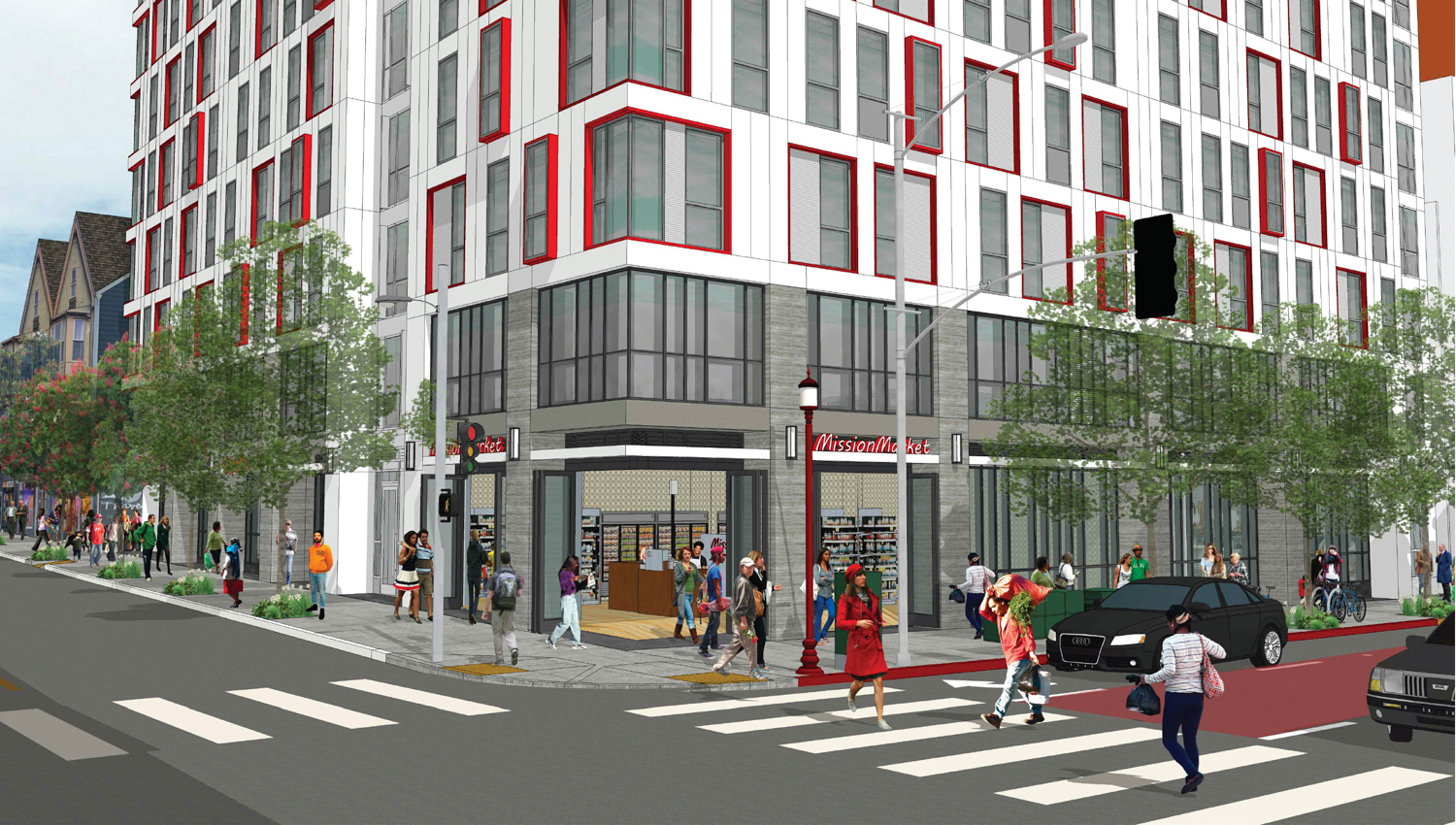 A lethal fire ravaged the former three-story building at 2588 Mission in 2015, and the structure was subsequently demolished between 2015 and 2016. One person was killed, and 47 residents in 15 low-income households were displaced. Residents sued the property owner, alleging unsafe conditions were maintained. This history has led many to feel uneasy that the same property owner, Hawk Lou, is behind this latest proposal. 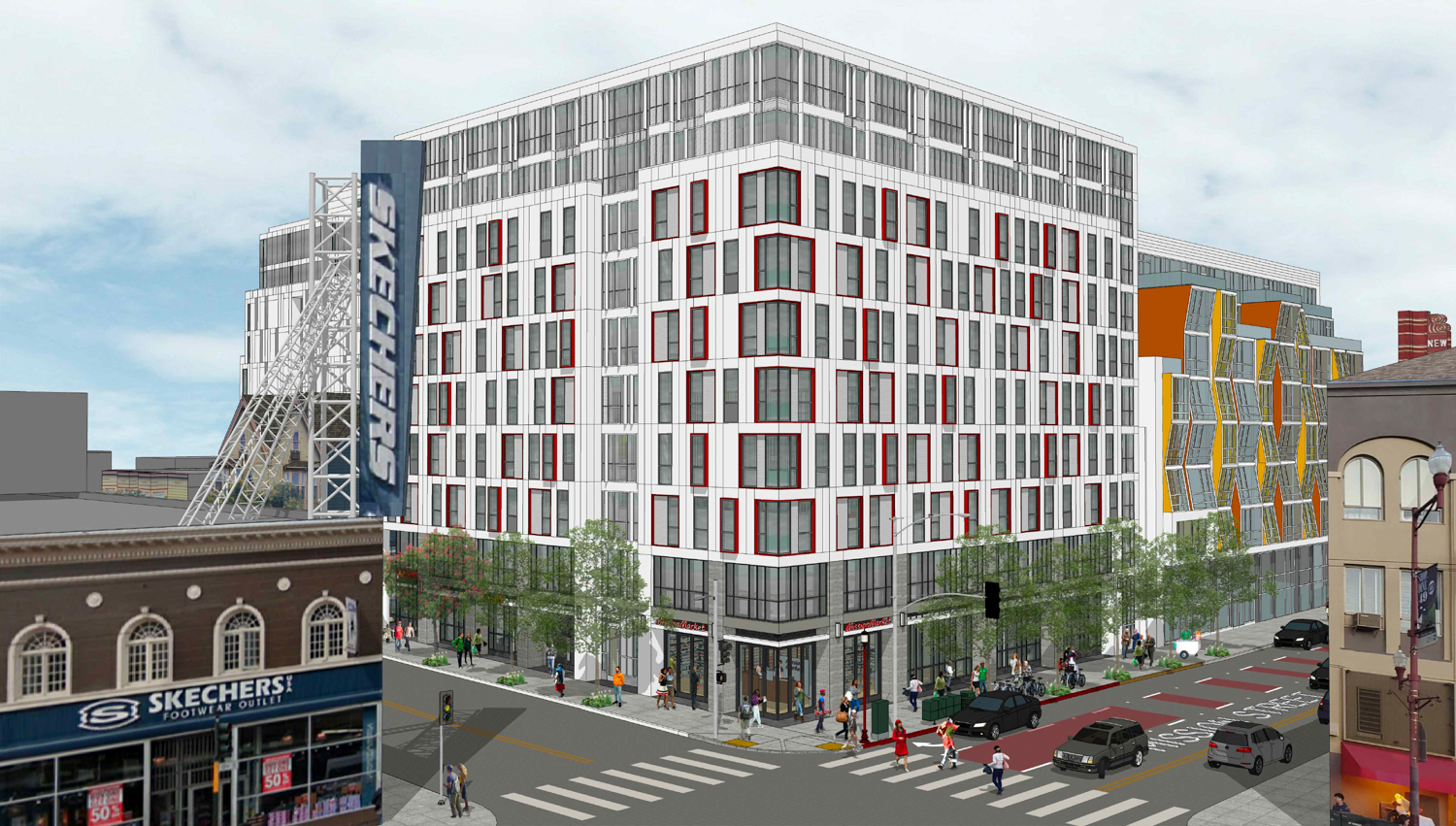 Design is by Ian Birchall and Associates. A contemporary approach is rendered with white and grey stucco beside curtain-wall skin. Shadowbox windows, fins, and red panels will be added as decoration. 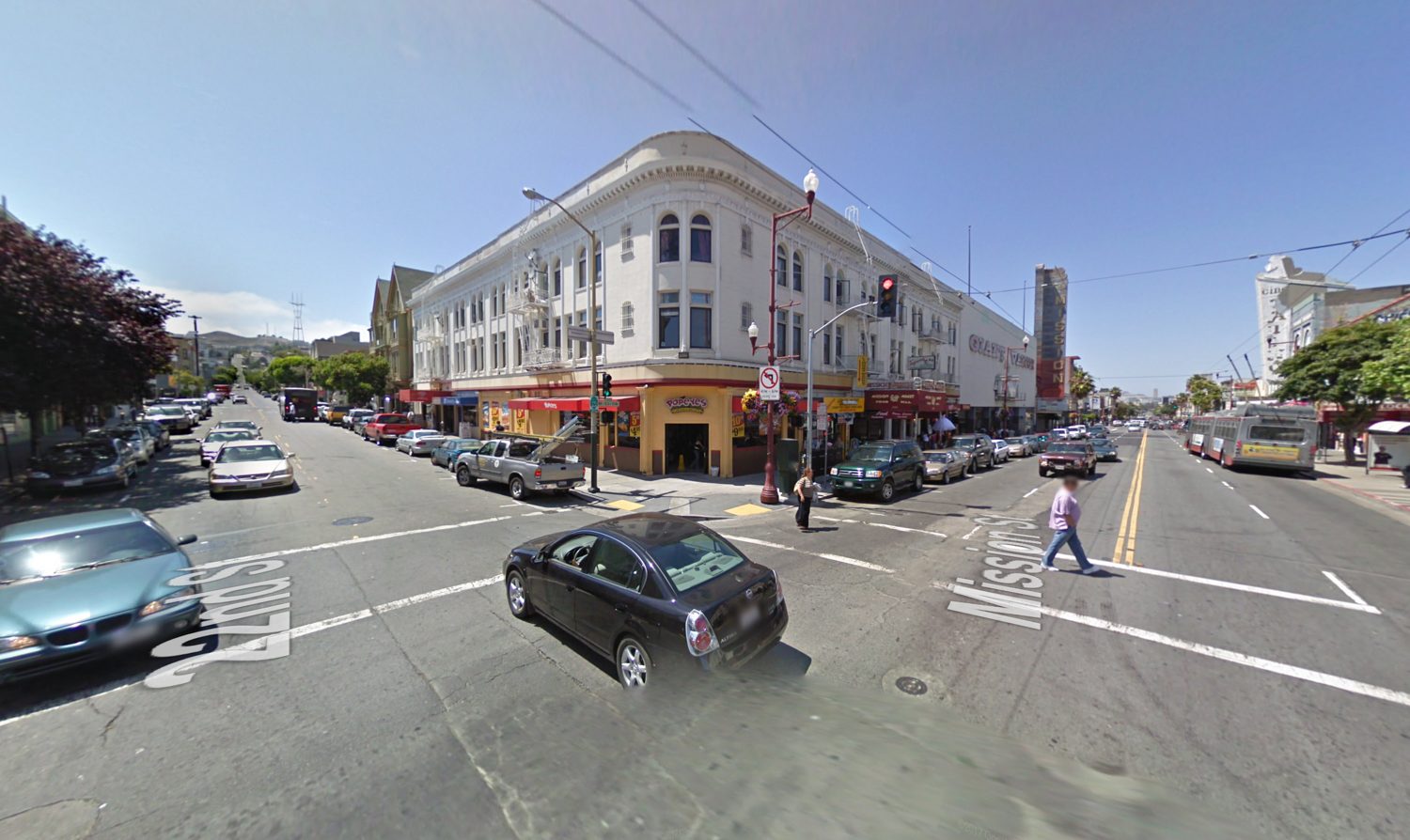 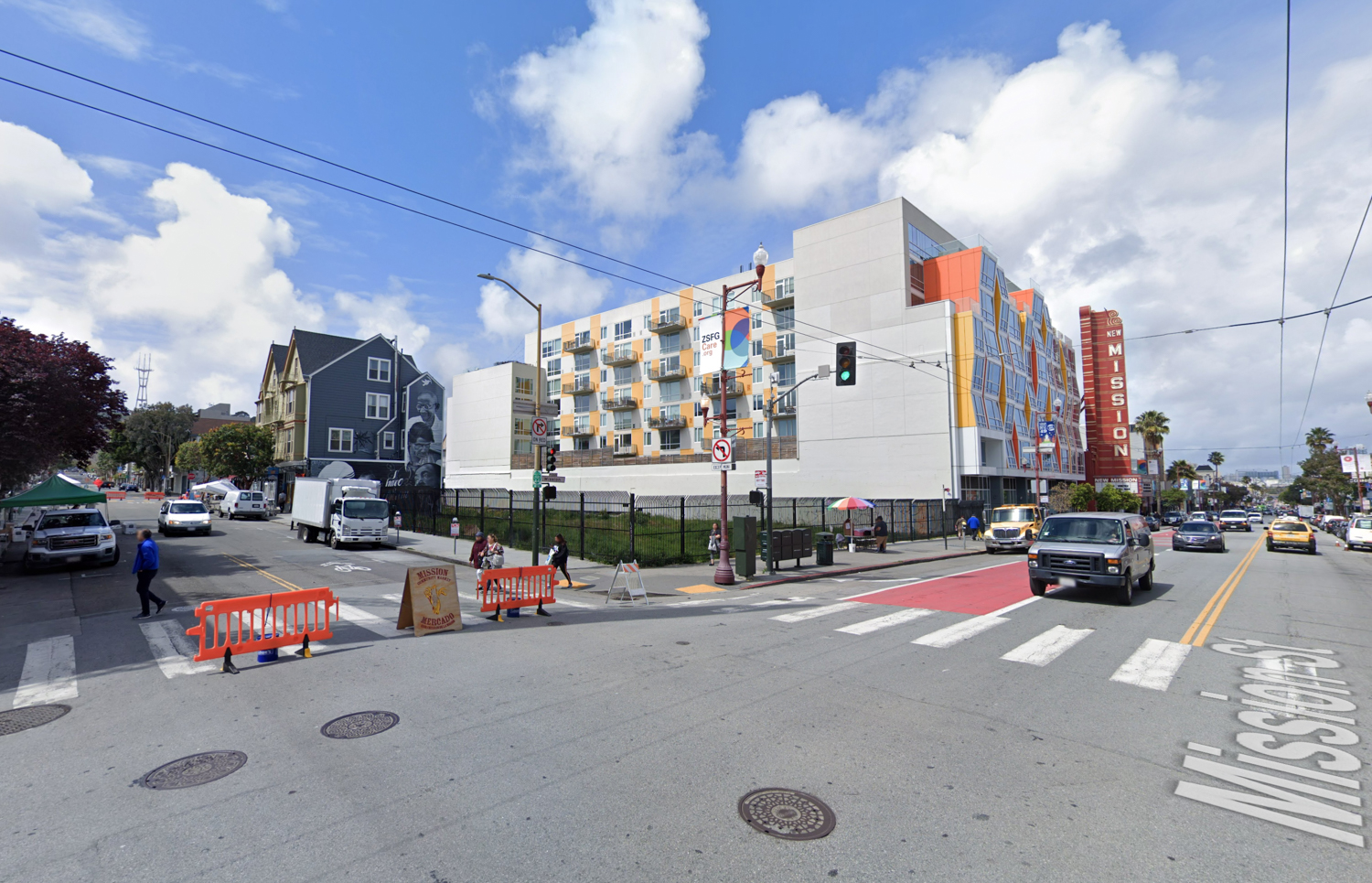 2588 Mission Street is two blocks away from the 24th Street BART Station. An estimated timeline for construction is not established.

Be the first to comment on "Expanded Plans Under Review for 2588 Mission Street, Mission District, San Francisco"