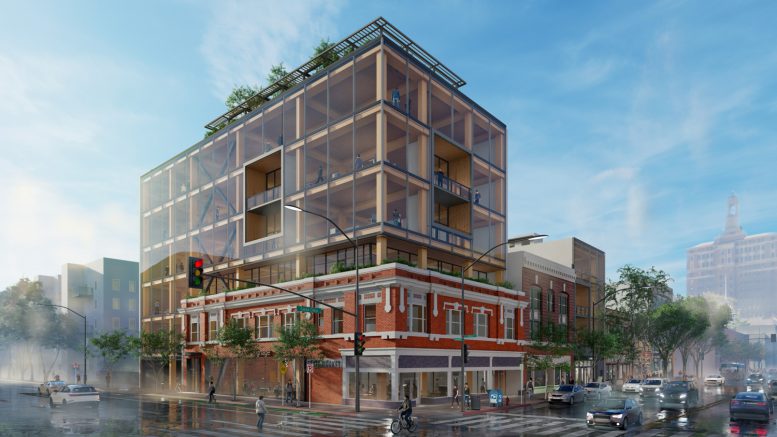 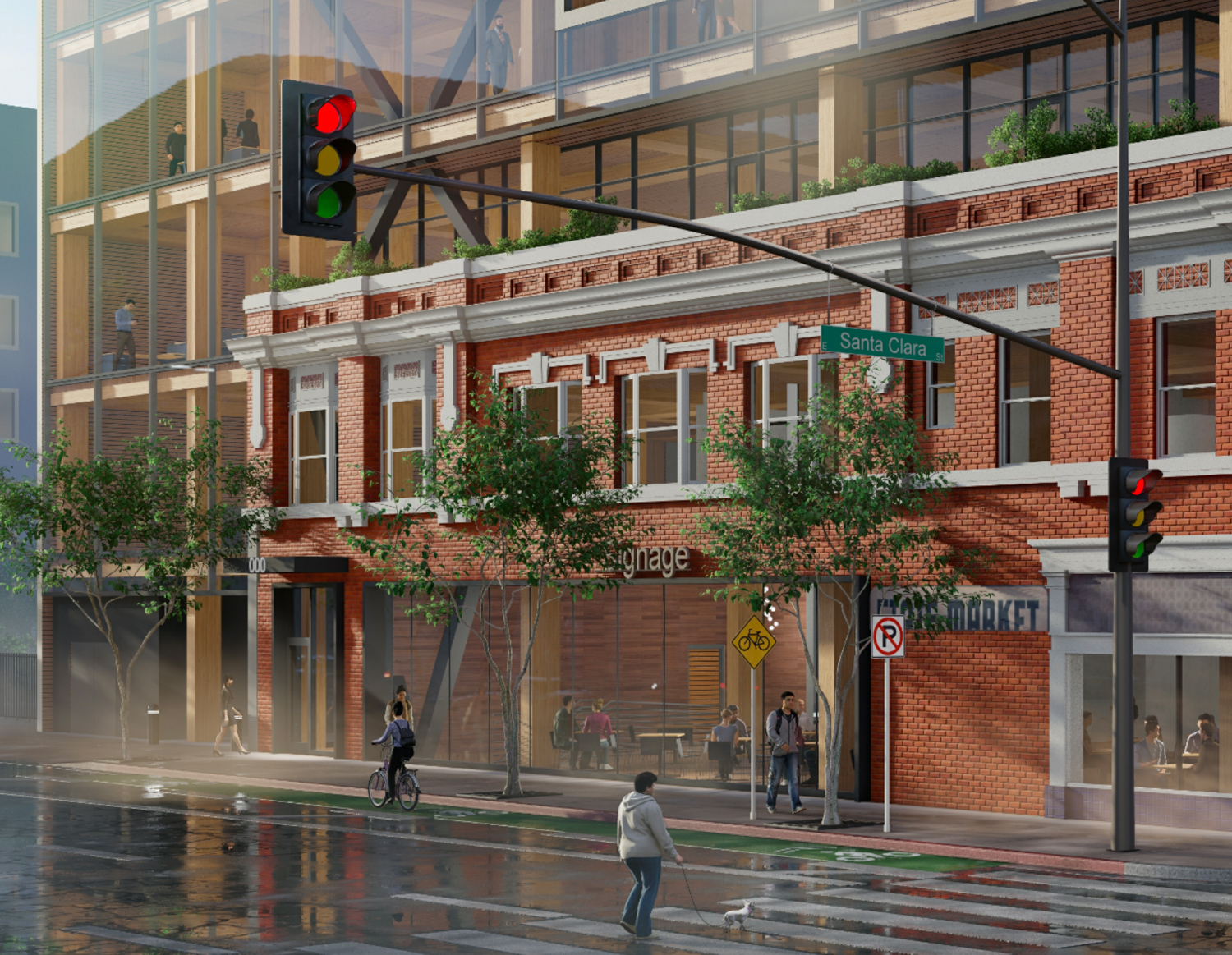 In previous conversations, the project developers have told SFYIMBY they hope to work with the current retail occupants like Fourth Street Pizza to maintain their retail foothold with updated facilities. The project title, SuZaCo, is a reference to the restaurant tenants occupying the properties, which serve sushi, pizza, and up until recently, tacos. 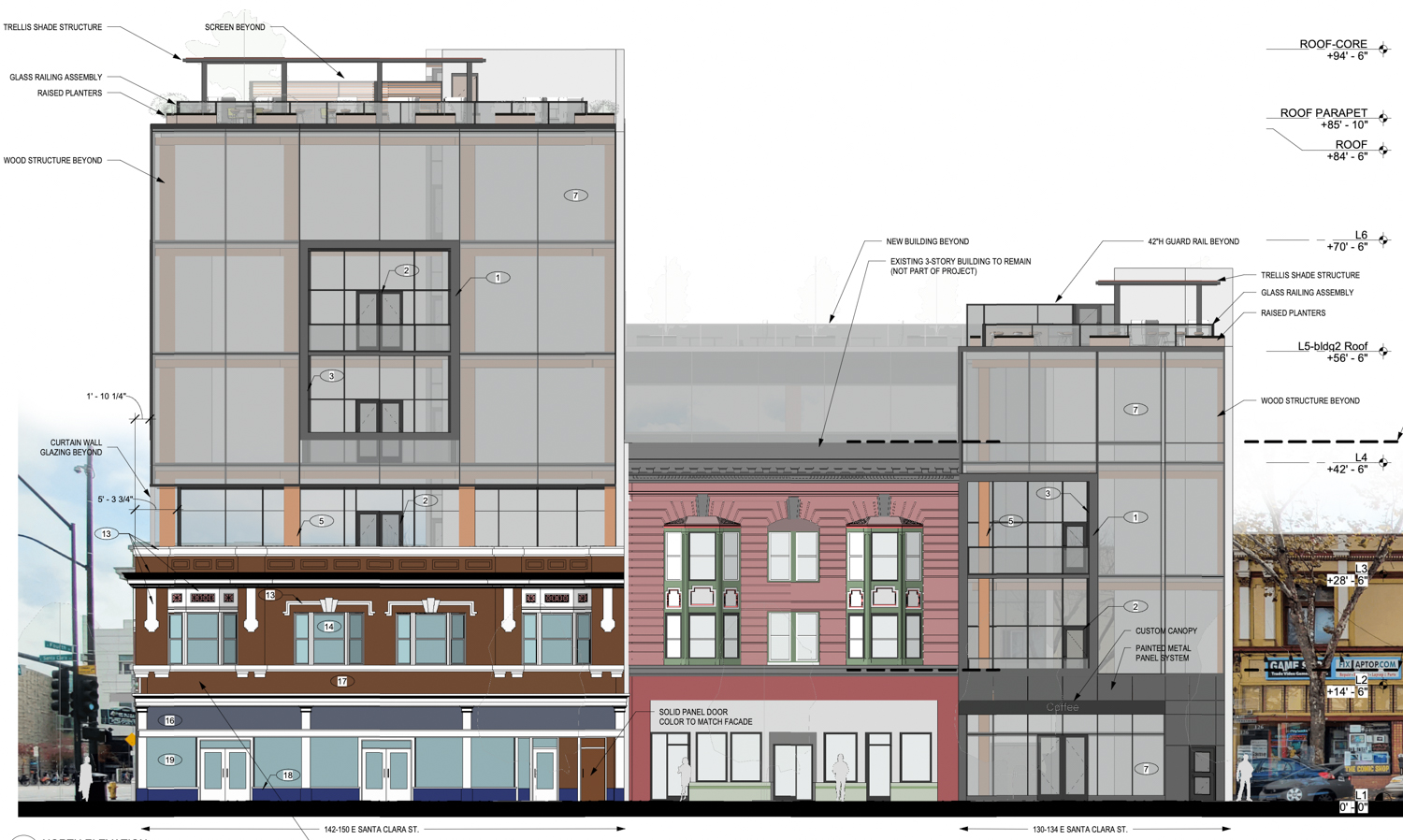 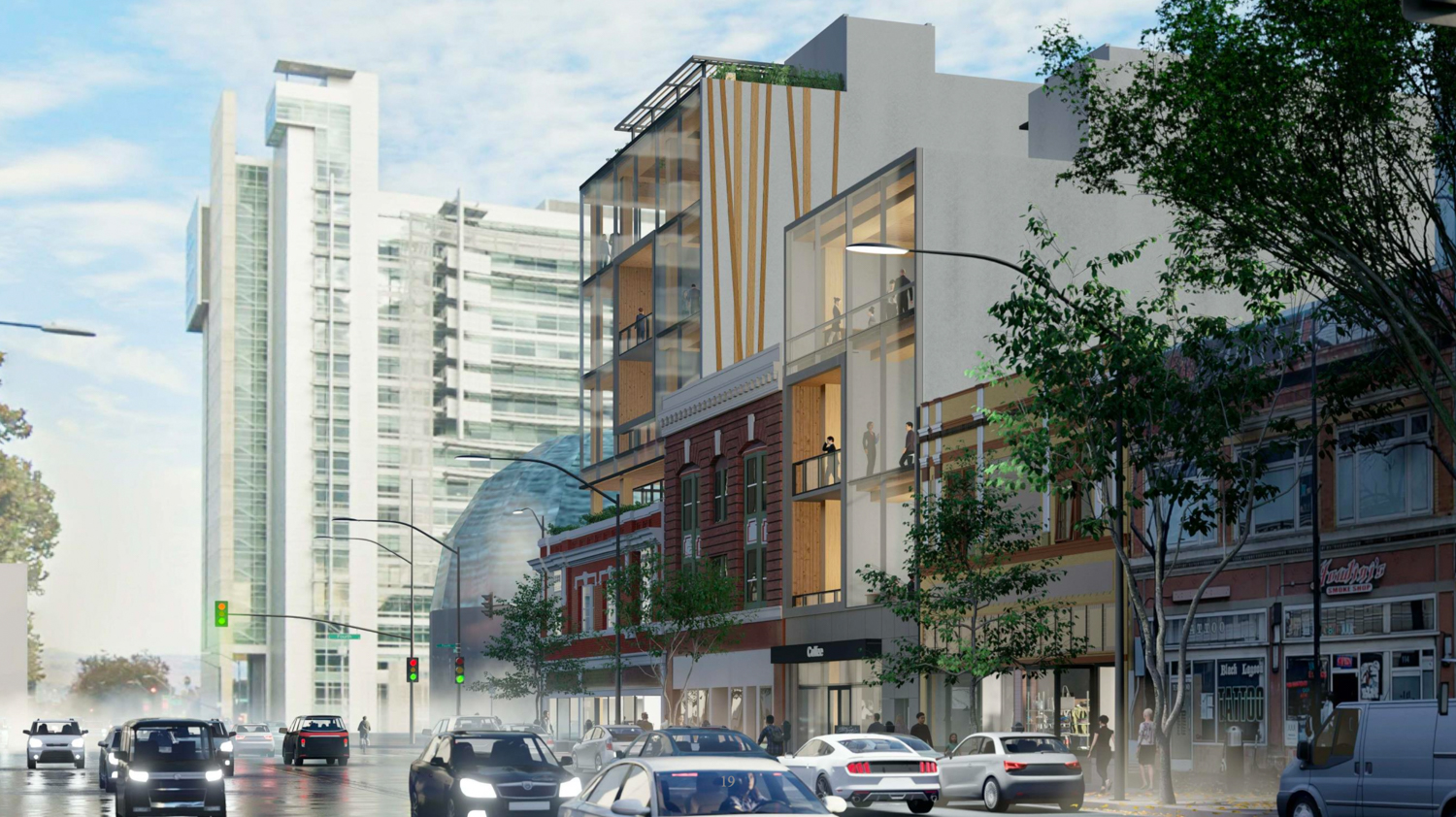 RMW Architecture will be the project architect. Open-space amenities are featured on the rooftop of the State Meat Market building and the six-story office building. The historic facade will be stripped of stucco to reveal the original brickwork. Page & Turnbull will be assisting RMW with the rehabilitation.

The projected construction costs have not yet been established, and Bayview has given a rough estimate for the development and construction process to last three years. 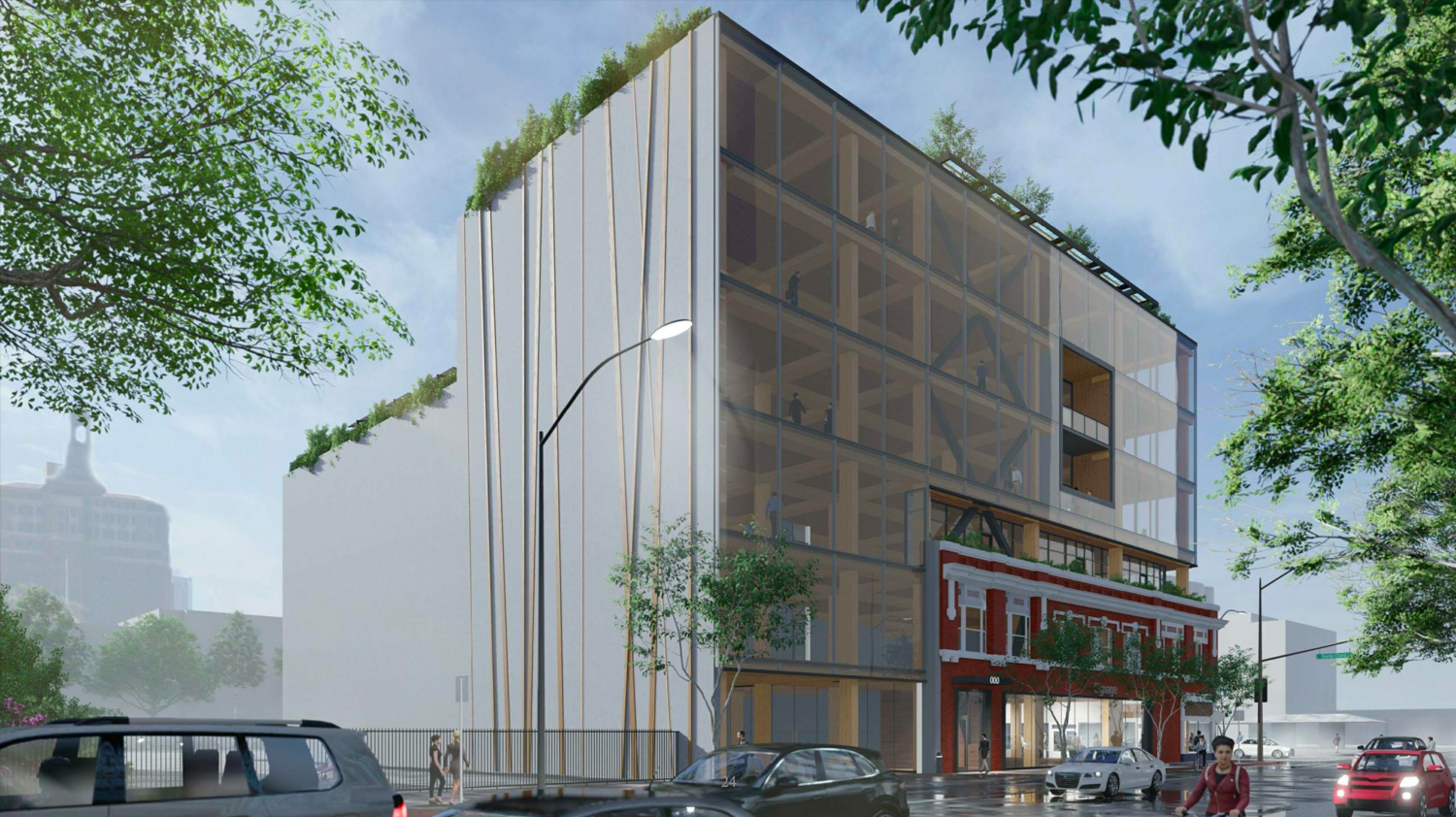 The meeting will review plans to demolish internal walls at 142-150 East Santa Clara Street and demolition of 130-134 East Santa Clara Street and 17 South Fourth Street. The virtual gathering, scheduled for today between 1:00 and 2:00 PM, is an opportunity for early input on the development with Bayview Development Group and city staff. Information on how to participate and provide comments can be founded in the meeting agenda here.

Be the first to comment on "Meeting Today for SuZaCo Development at 17 South Fourth Street, Downtown San Jose"