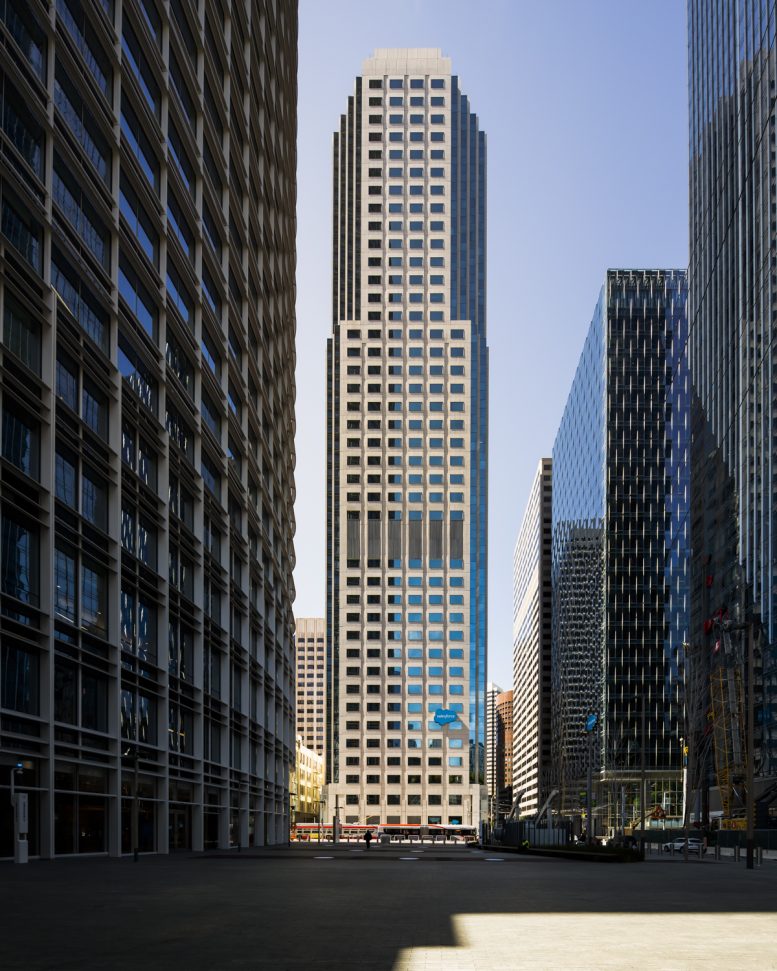 Salesforce West, a 600-foot office tower in SoMa, San Francisco, is tied as the 13th tallest skyscraper in the Bay Area planned or built. Located at 50 Fremont Center, the building rises to the same height as 101 California Street and the proposed height of 53 3rd Street. Originally developed by Fremont Properties, the structure has been branded as Salesforce West since the software company acquired the property in 2015 for $637.6 million. 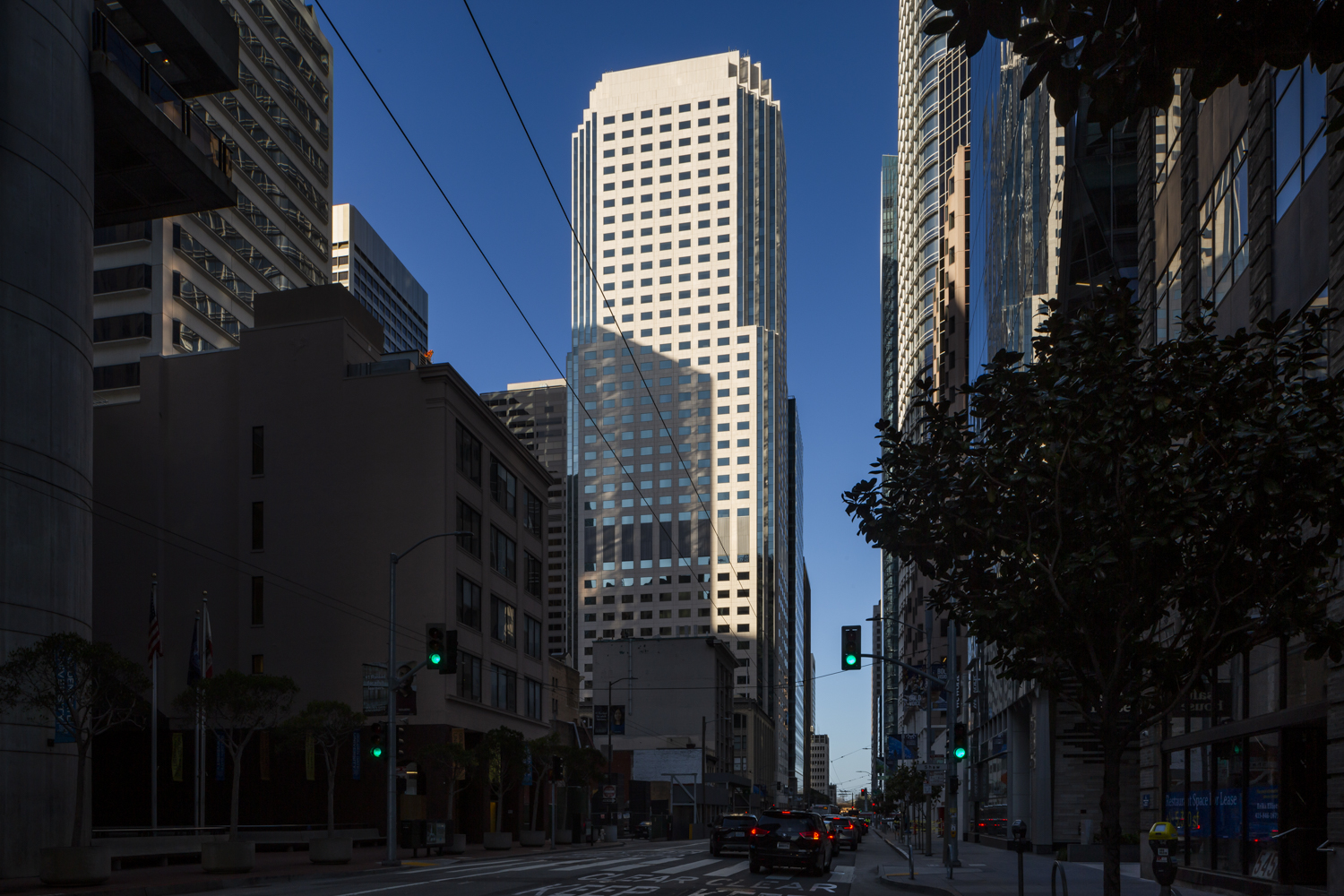 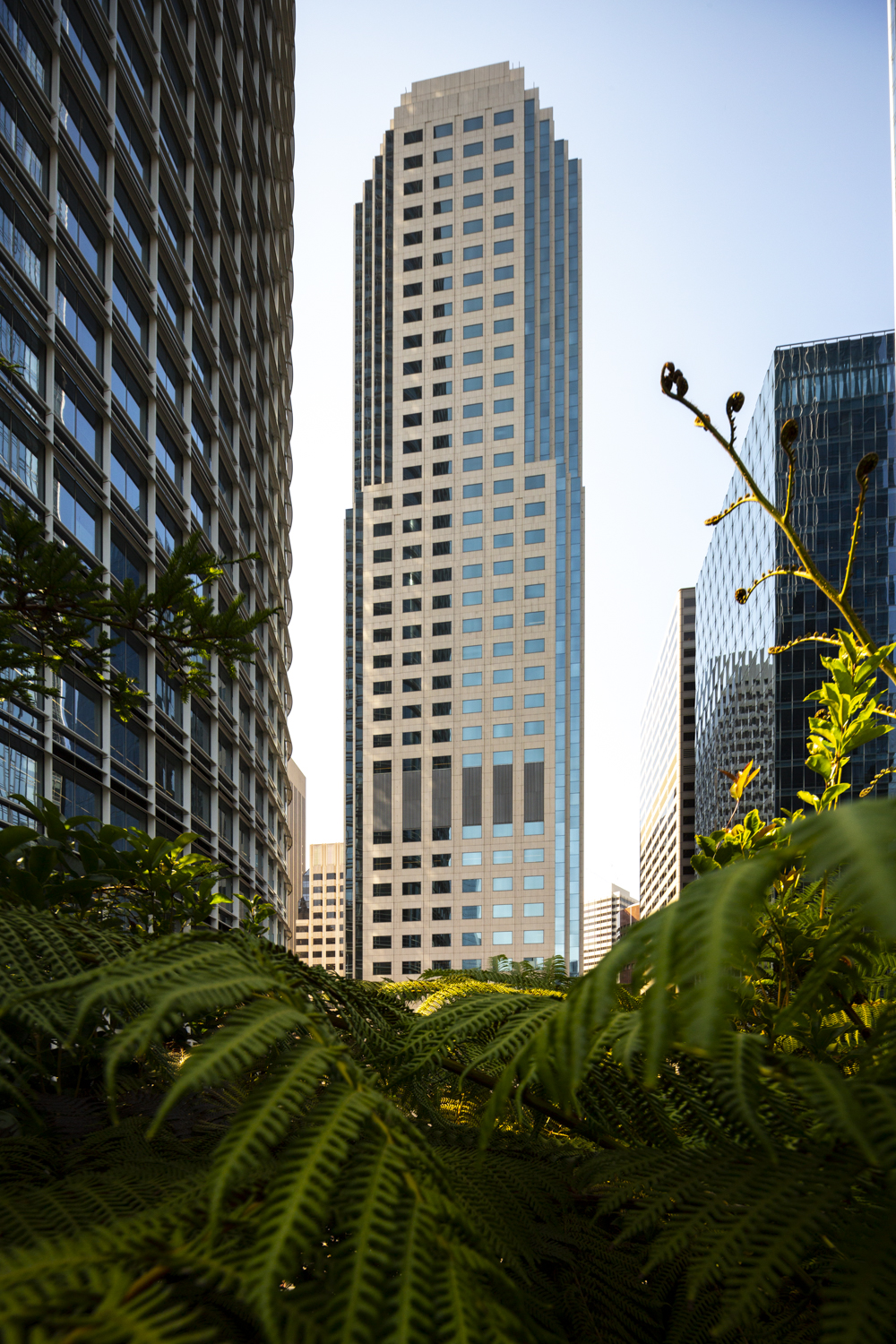 50 Fremont Center was constructed between 1983 to 1985, topping out 43 stories tall with 817,400 square feet of rentable office space and parking on-site for 220 vehicles. Office plates average 20,000 square feet each. The structure is serviced by 20 separate elevator shafts. 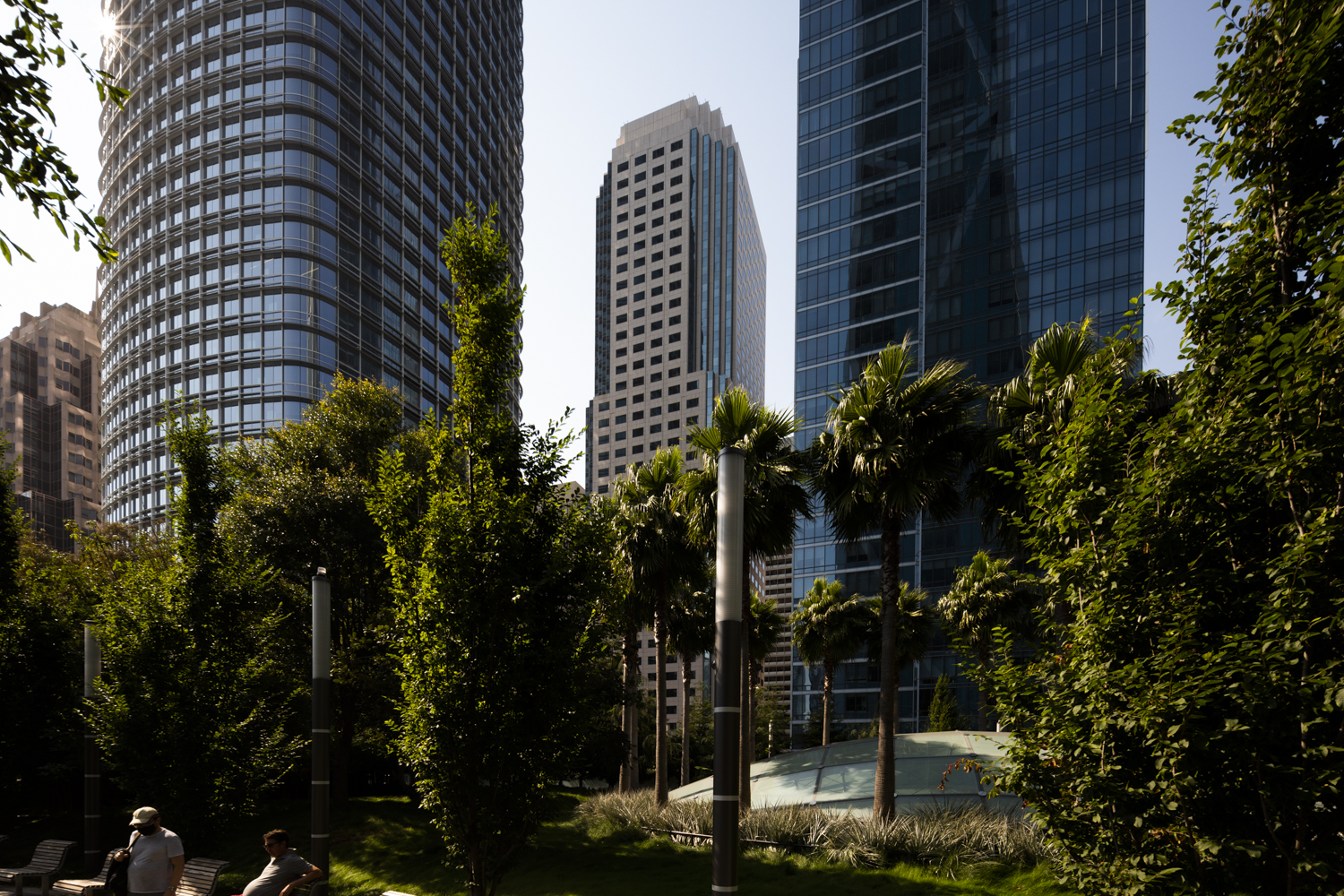 Skidmore, Owings & Merrill is responsible for the design. The modernist design is clad with glass and stone. SOM uses angular setbacks to taper back the exterior, exaggerating its verticality. The stepped-back facade is evocative of Eliel Saarinen’s unbuilt 1922 submission for the Tribune Tower in Chicago. 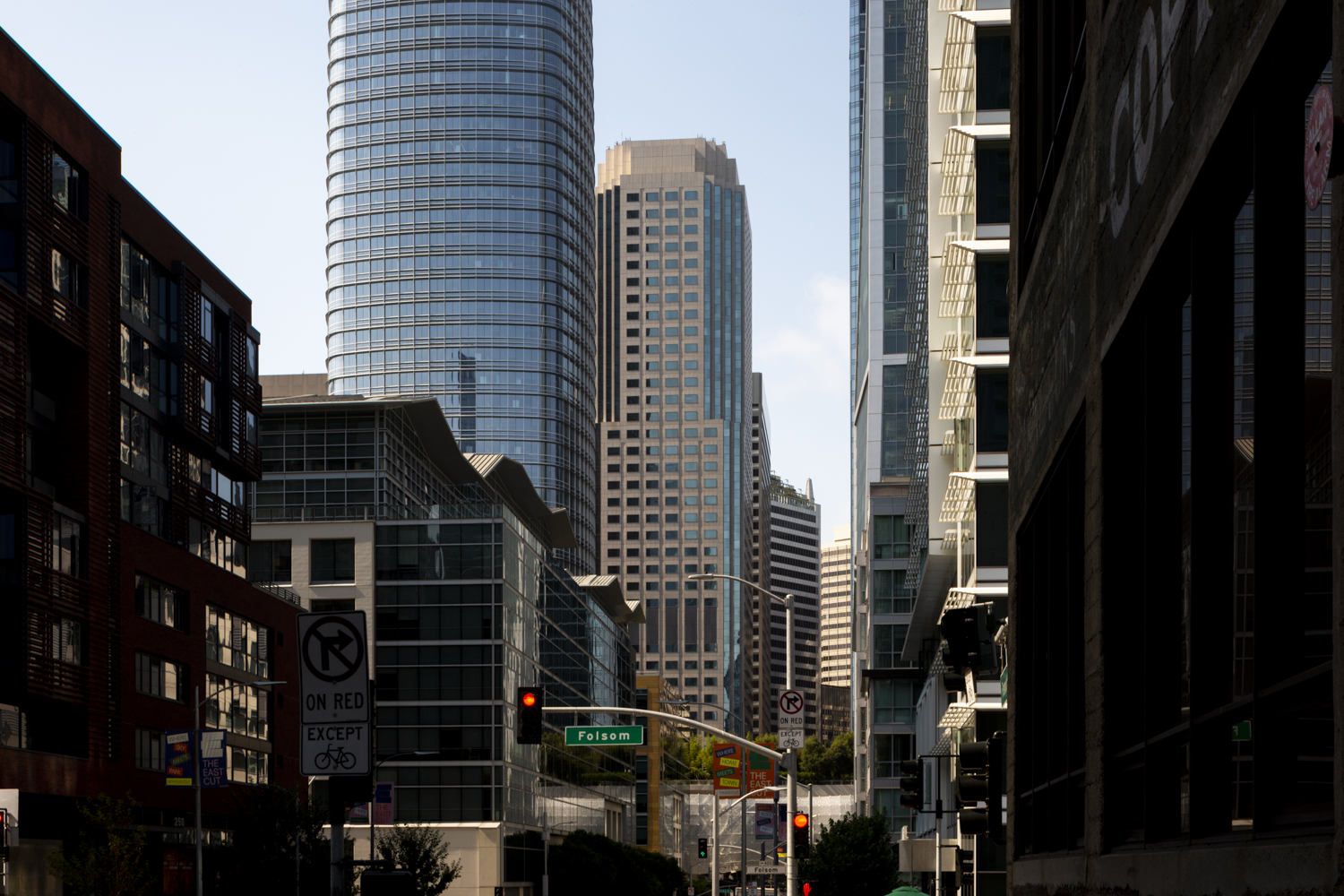 The influence of Saarinen’s proposal can be seen across San Francisco. This includes the 1925-built Pacific Telephone and Telegraph Building, the Russ Building complete in 1927, and the Shell Building from 1929. César Pelli, head of the architecture firm responsible for designing the Salesforce Tower, was also uniquely influenced by the design. The Argentine-American architect worked as a project designer for Eliel’s son, Eero Saarinen. 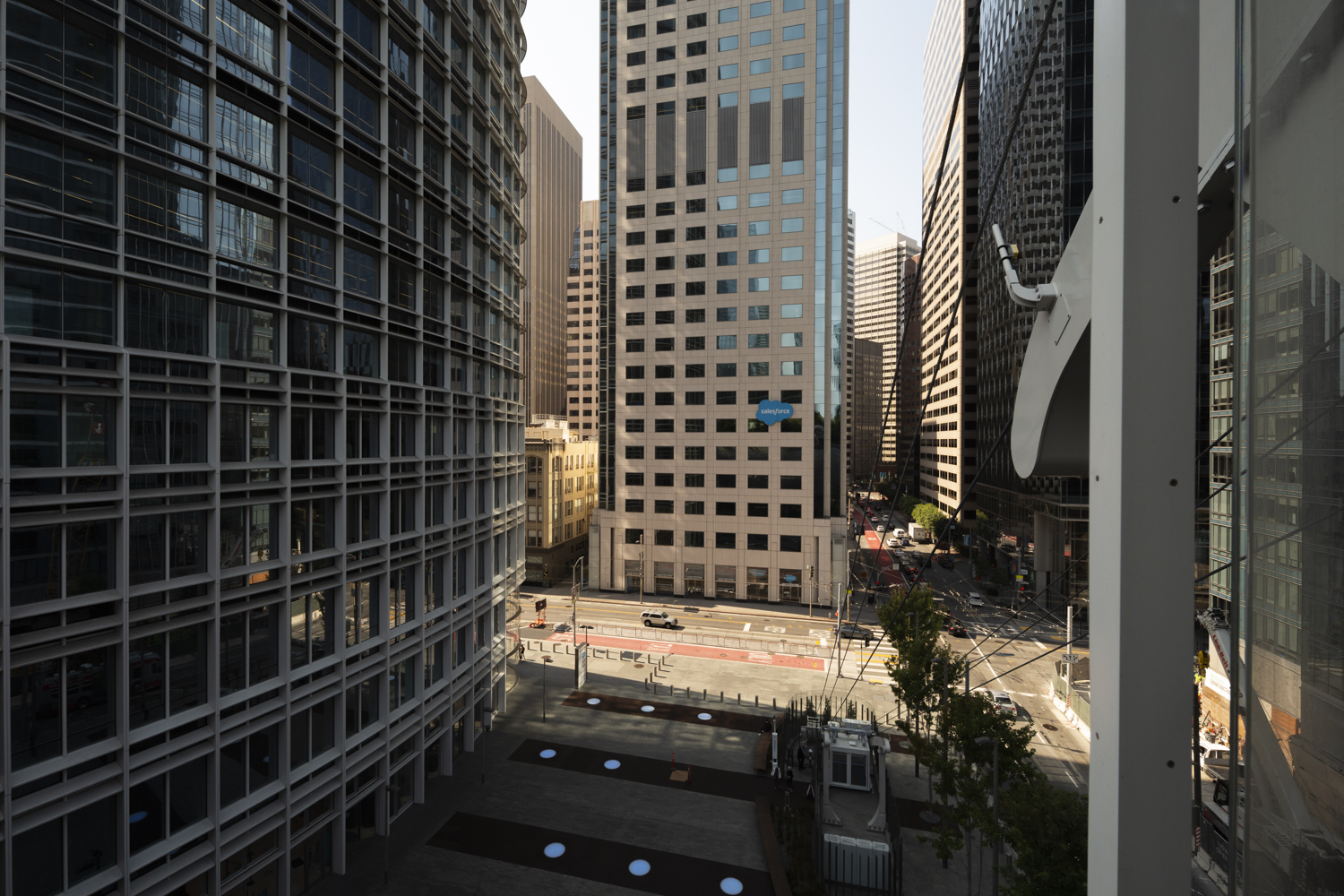 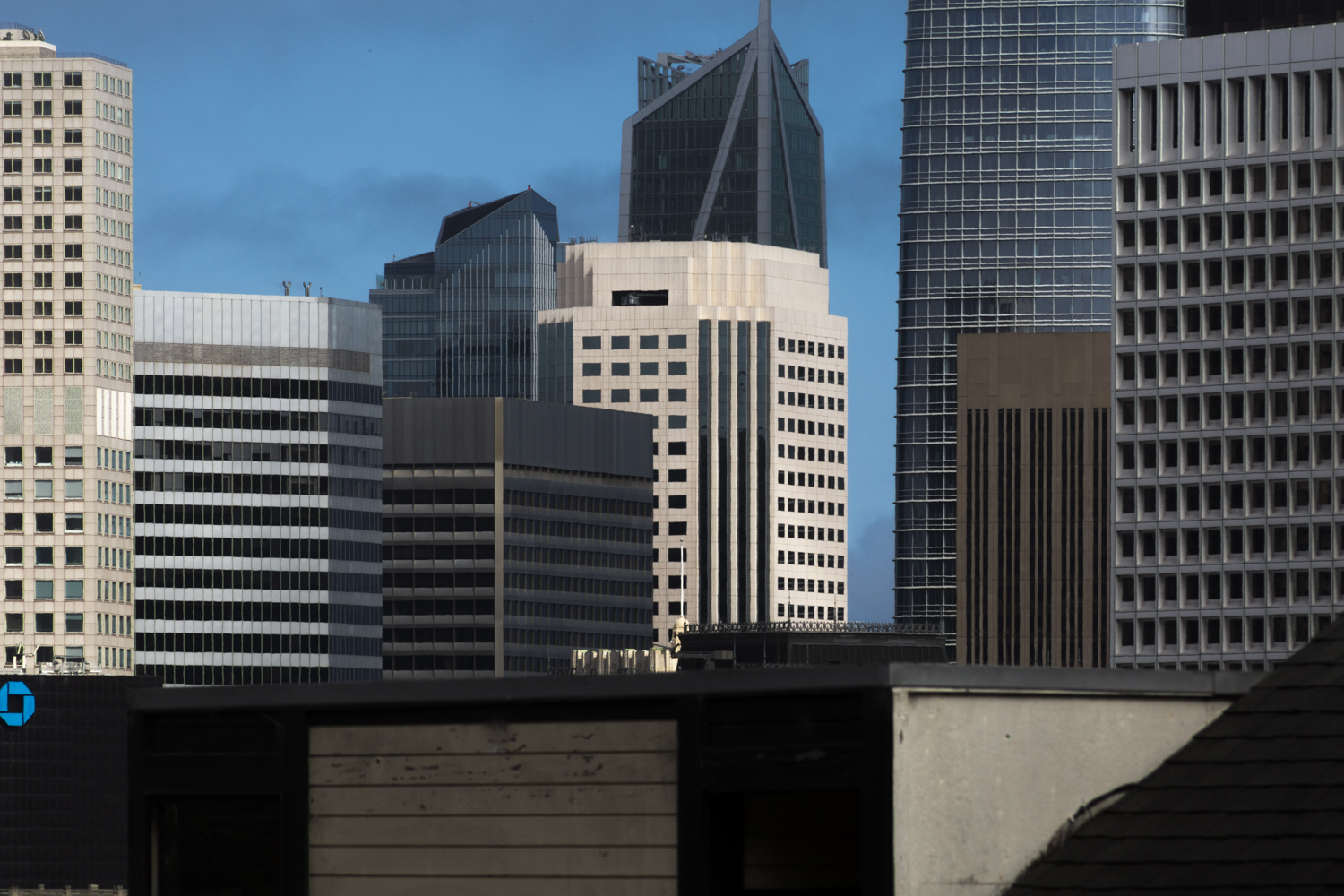 Salesforce West in the skyline with 181 Fremont in the background, image by Andrew Campbell Nelson

In May of this year, Cushman & Wakefield announced that public accounting and consulting firm, Baker Tillys, signed a new lease to occupy the entire 40th and 41st story of the office tower as their new San Francisco location. Other office tenants include City National Bank, Univision, and Mellon Capital.’

Building amenities include the on-site restaurant and retail shops, outdoor plaza, vehicle and bicycle parking, and EV charging stations. The structure has also been awarded LEED Platinum certification. Commuters can also find easy access to BART and Muni, with Caltrain a mile and a half away.