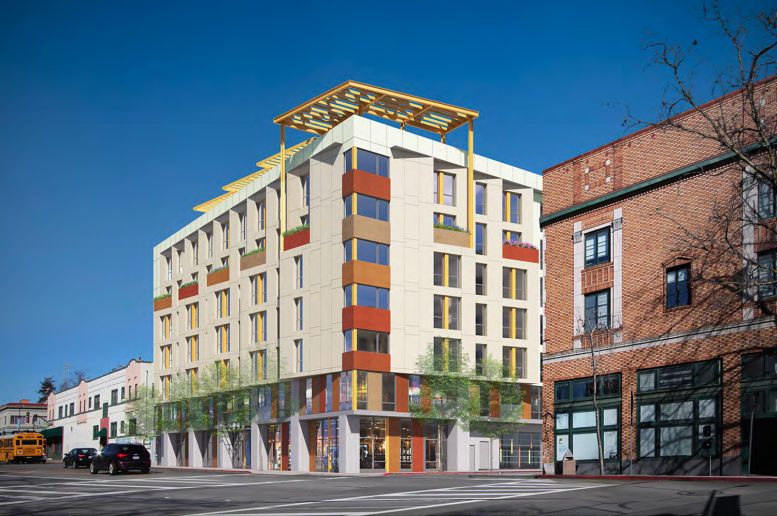 Building permits have been filed for a seven-story mixed-use project at 2099 Martin Luther King Jr. Way in Downtown Berkeley. The project would replace a single-story commercial structure with 72 new dwelling units and retail close to public transit. East Beach Development is responsible for the project via 2099 MLK LLC. 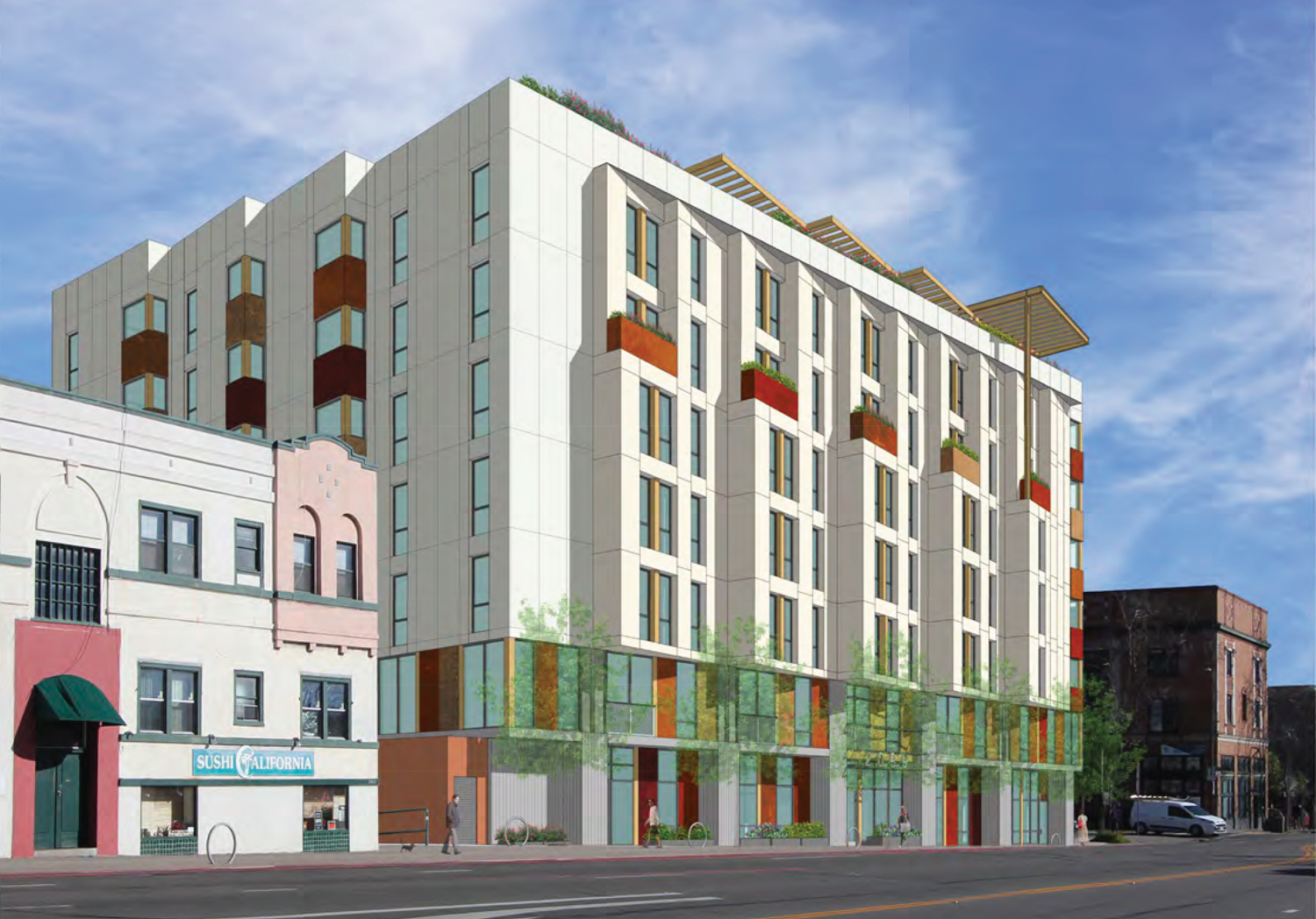 Five units will be priced for households in the ‘very-low income’ bracket. 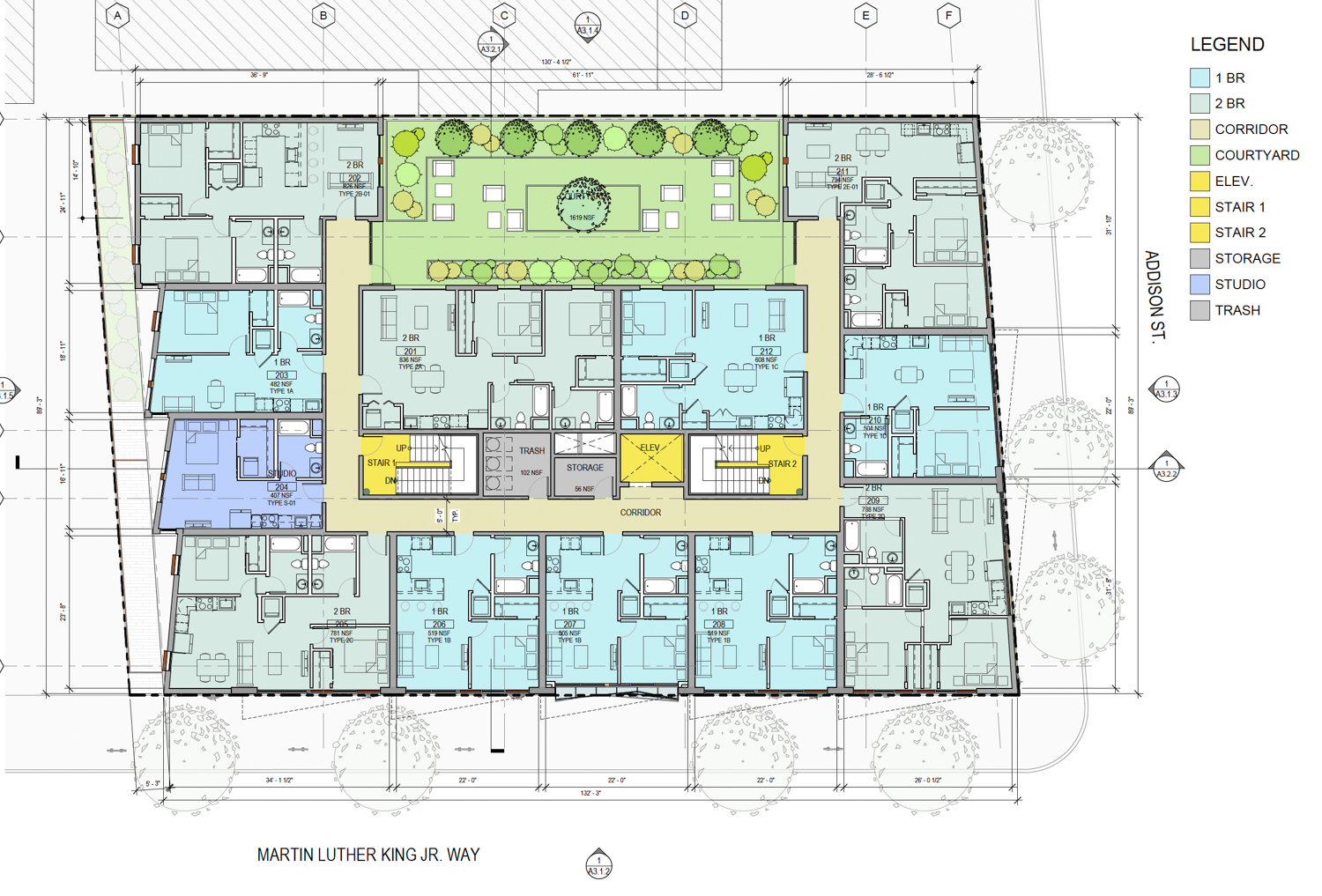 Kava Massih Architects is responsible for the design. The architectural aesthetic is informed by city design guidelines, with articulated massing and colorful highlights. Facade material will include metal siding panels, formed concrete pilasters, and floor-to-ceiling windows. A yellow-painted awning on the rooftop terrace will serve as a visual focal point overlooking MLK Jr Way and Addison Street. 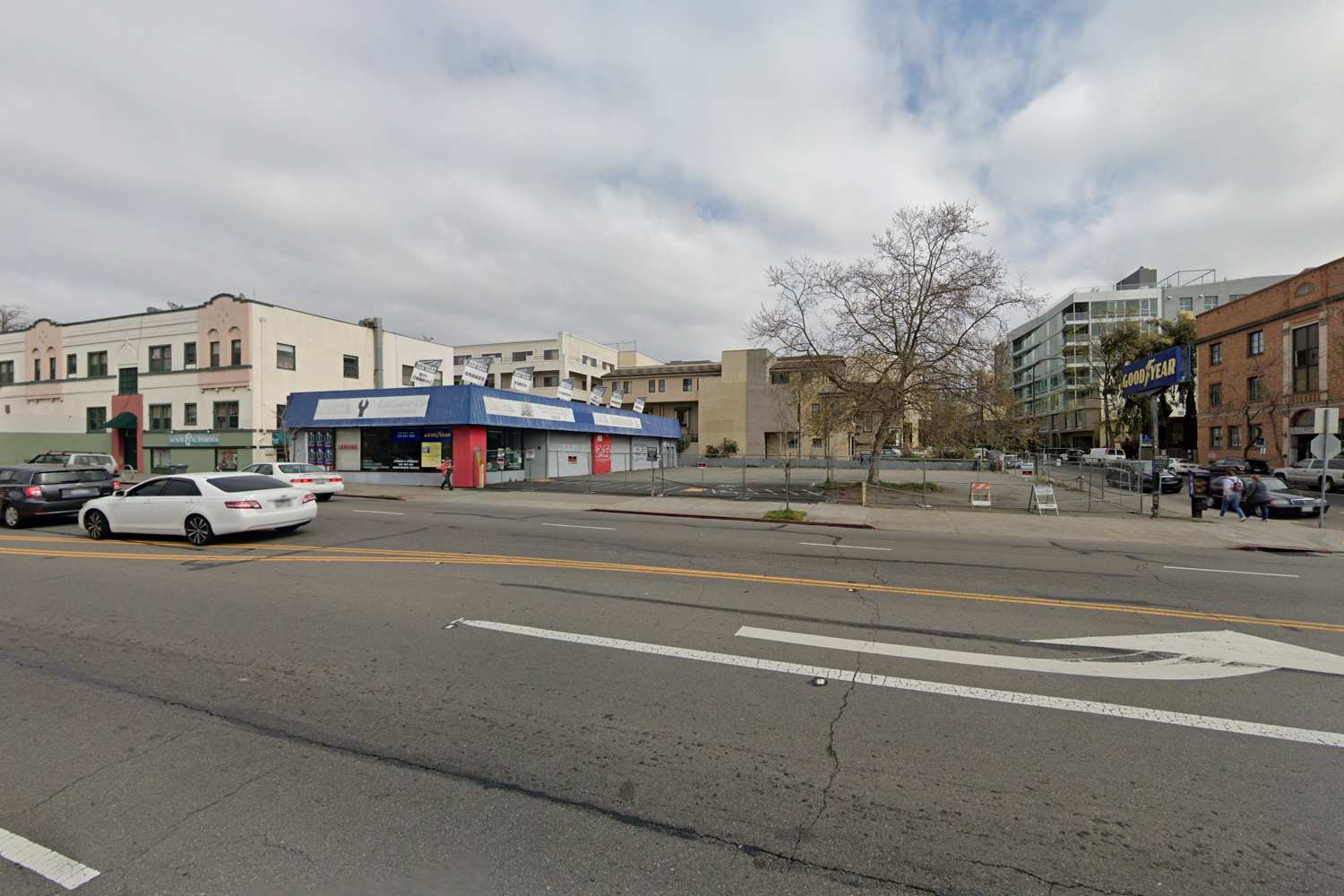 Future residents at 2099 MLK Jr Way will be six minutes from the Downtown Berkeley BART station by foot.

Be the first to comment on "Permits Filed for 2099 Martin Luther King Jr Way, Downtown Berkeley"