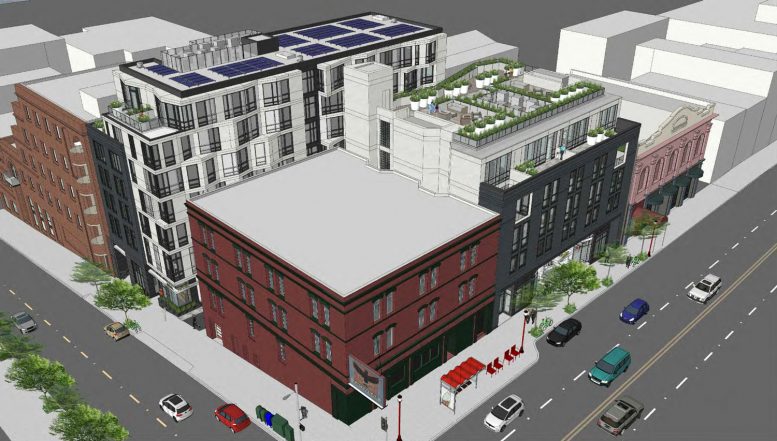 The San Francisco Planning Commission is scheduled to review plans for a mixed-use proposal at 425 Broadway, on the border of the Financial District and North Beach in San Francisco. The project would replace a large parking garage with 41 dwelling units, retail, and office space. San Jose-based Yeh’s Development is responsible for the project through Montgomery Place LLC. 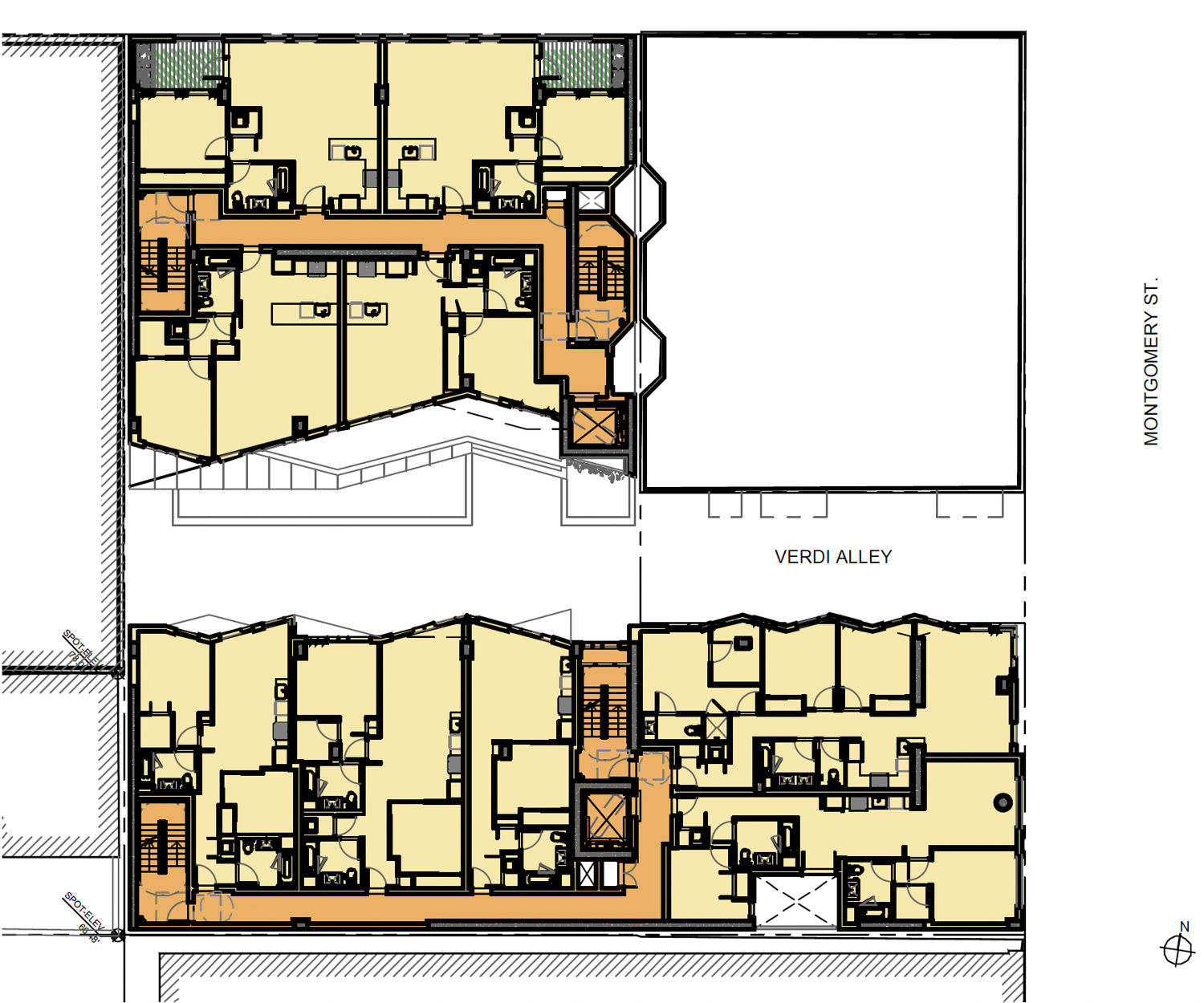 The project will cover an L-shaped lot conforming around the brick-building home of Crowbar and a hotel. Instead of covering the entire property, the development will be split between two structures, one five-story building facing Broadway and the other seven-story building facing Montgomery Street and a newly-established Verdi Alley. 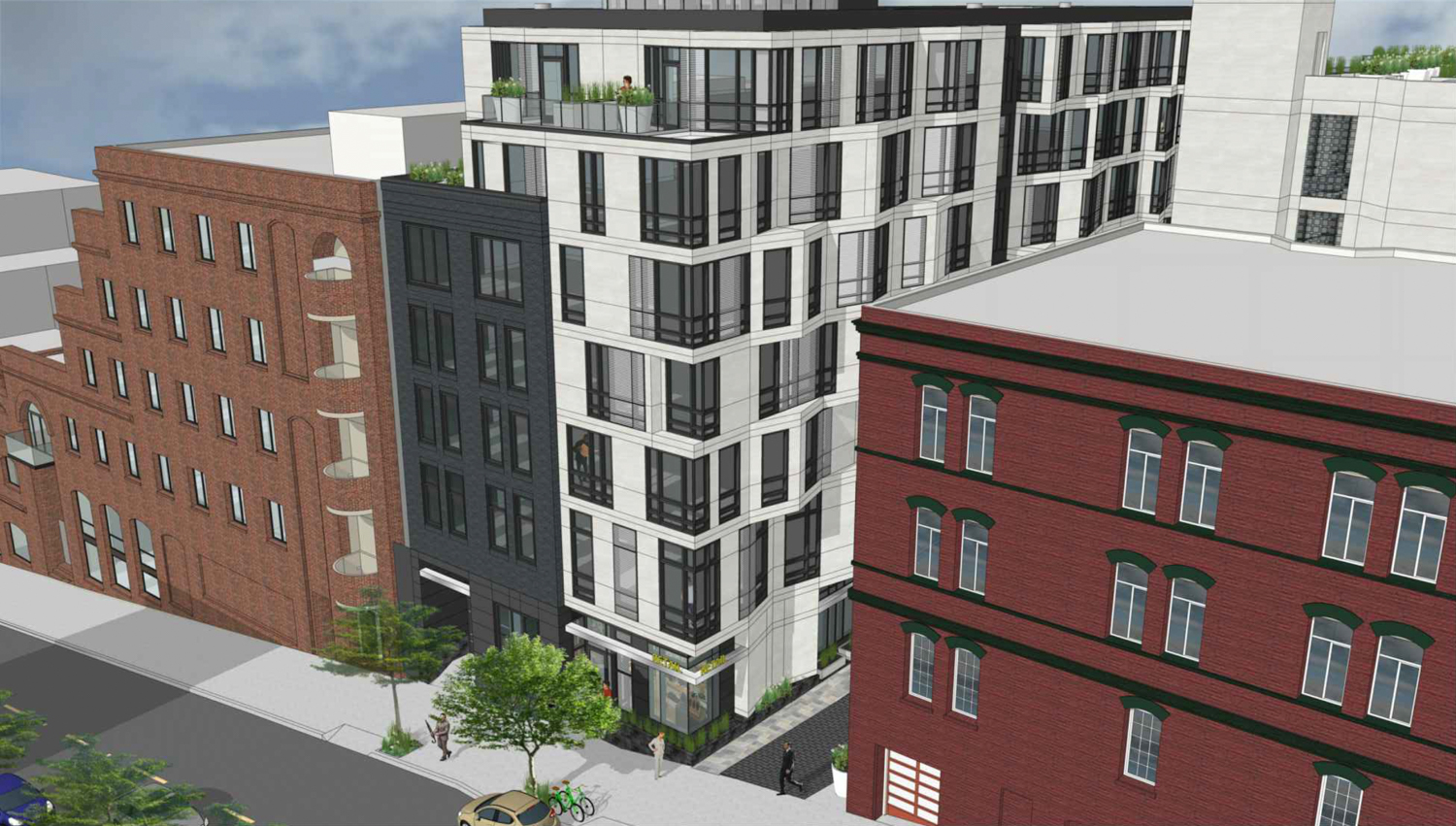 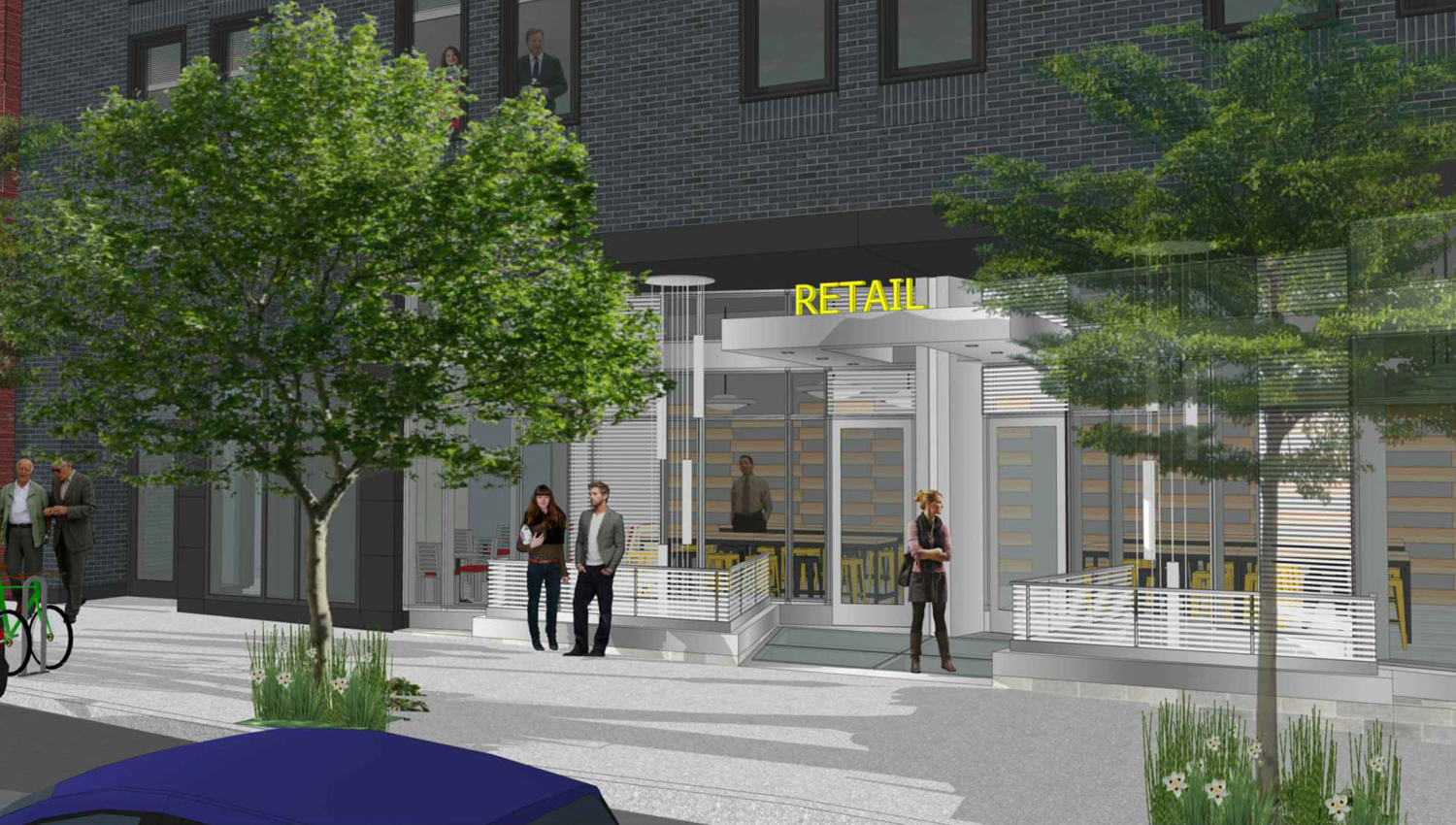 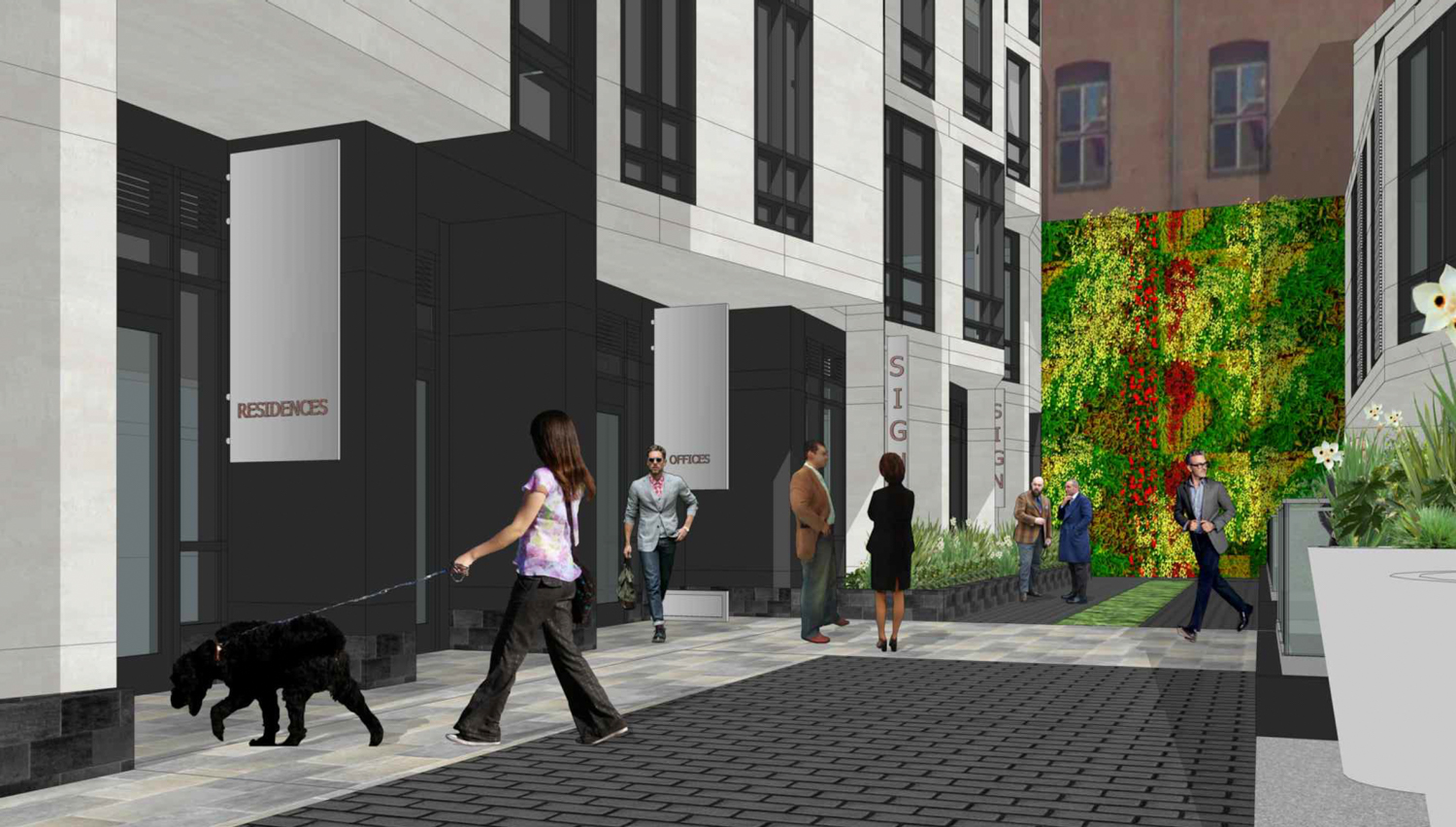 Ian Birchall & Associates is responsible for the design. Facade materials will include thin brick tiles and porcelain tiles, stucco, aluminum, and fritted glass. The articulated exterior will give a contemporary vernacular intended to complement the brick building at 401 Broadway. 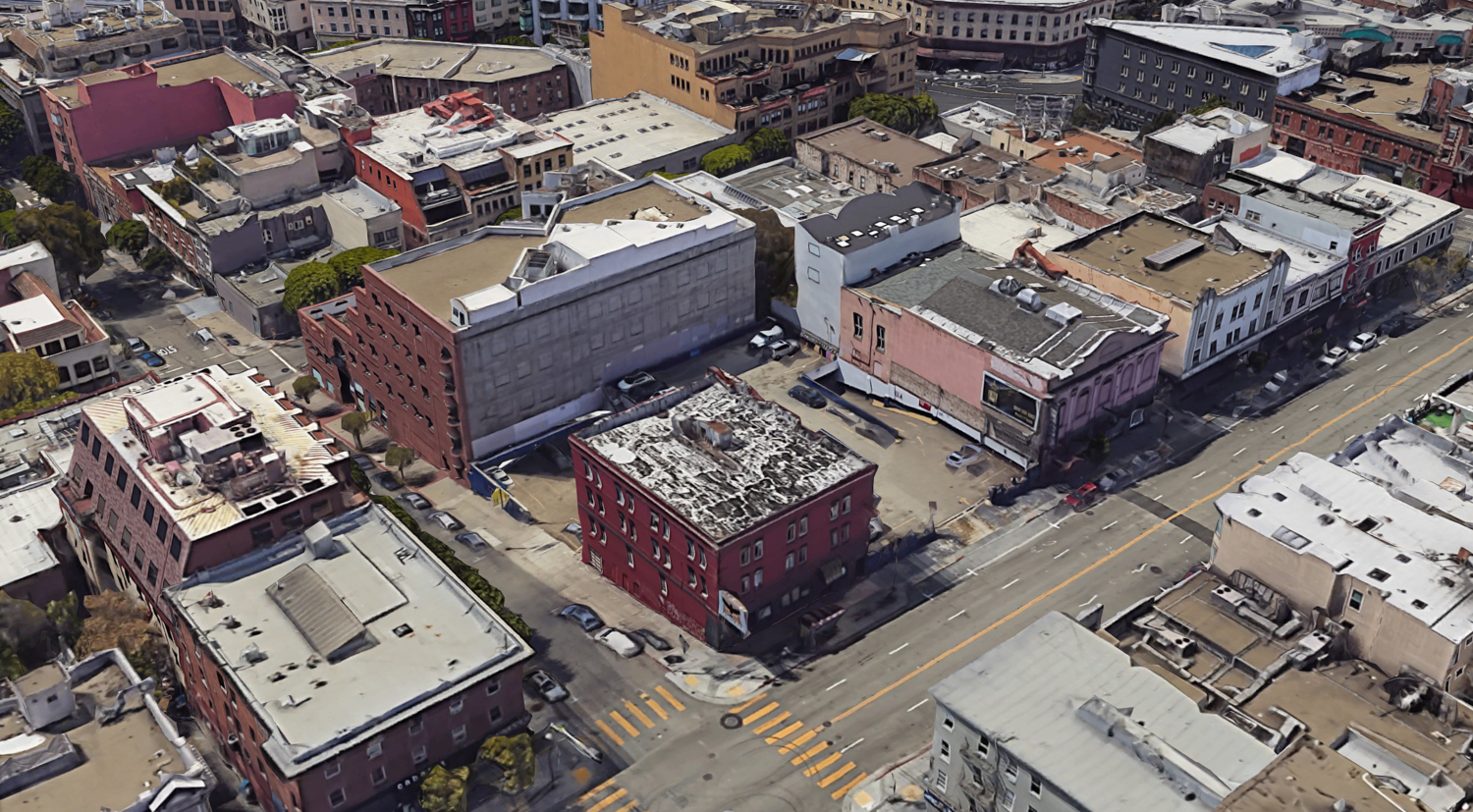 425 Broadway in its existing condition, image via Google Satellite

The property sold in 2017 for $11 million and the construction job is estimated to cost $30.6 million over a 26-month period. A full development cost is not included in the estimate. According to the 2019 project application, the units will be sold for ownership.

The development will be reviewed by the San Francisco planning commission on October 7th at 1 PM. For information about how to attend and participate in the meeting, visit the meeting agenda here.

Be the first to comment on "Meeting Scheduled for 425 Broadway, San Francisco"