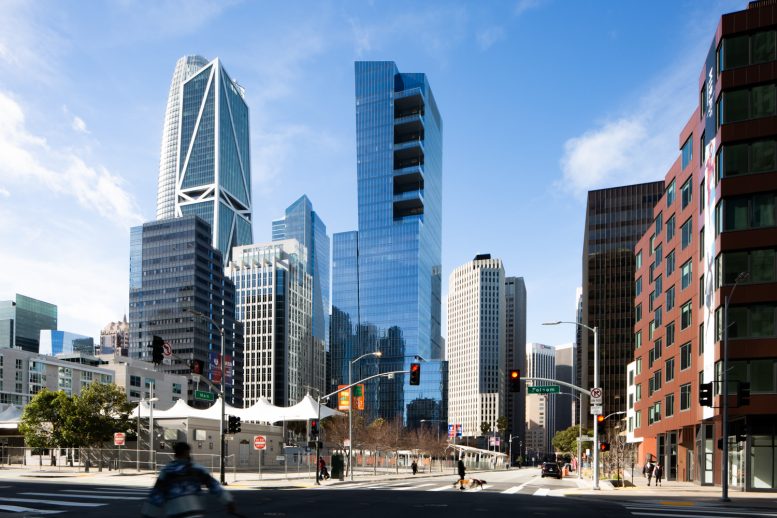 The 12th tallest building in the Bay Area planned or built in the Park Tower at Transbay office building, located at 250 Howard Street in SoMa, San Francisco. The 605-foot tall project rises from Block 5 in the transformative San Francisco Transbay development plan. Goettsch Partners in collaboration with Solomon Cordwell Buenz, is responsible for the sky deck-covered skyscraper design. 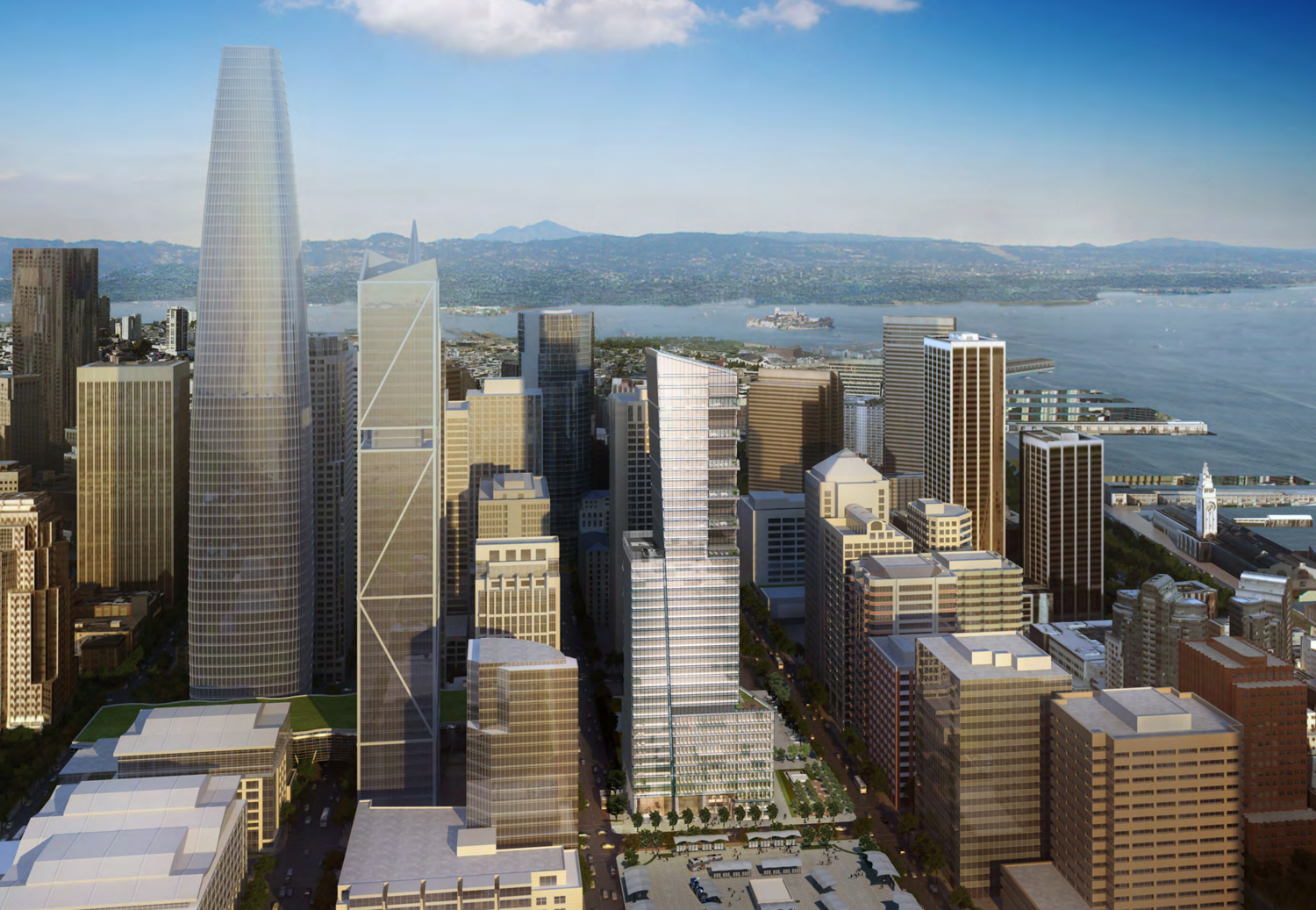 The 43-story building rises to a 550-foot high roof, though extends further to its 605-foot architectural tip. Inside, the building contains 803,700 square feet, with over 750,000 square feet of rentable office space on top of 10,000 square feet of retail. Parking is included on-site for 124 vehicles. Clark Construction Group was the general contractor for 250 Howard, achieving LEED Gold certification. 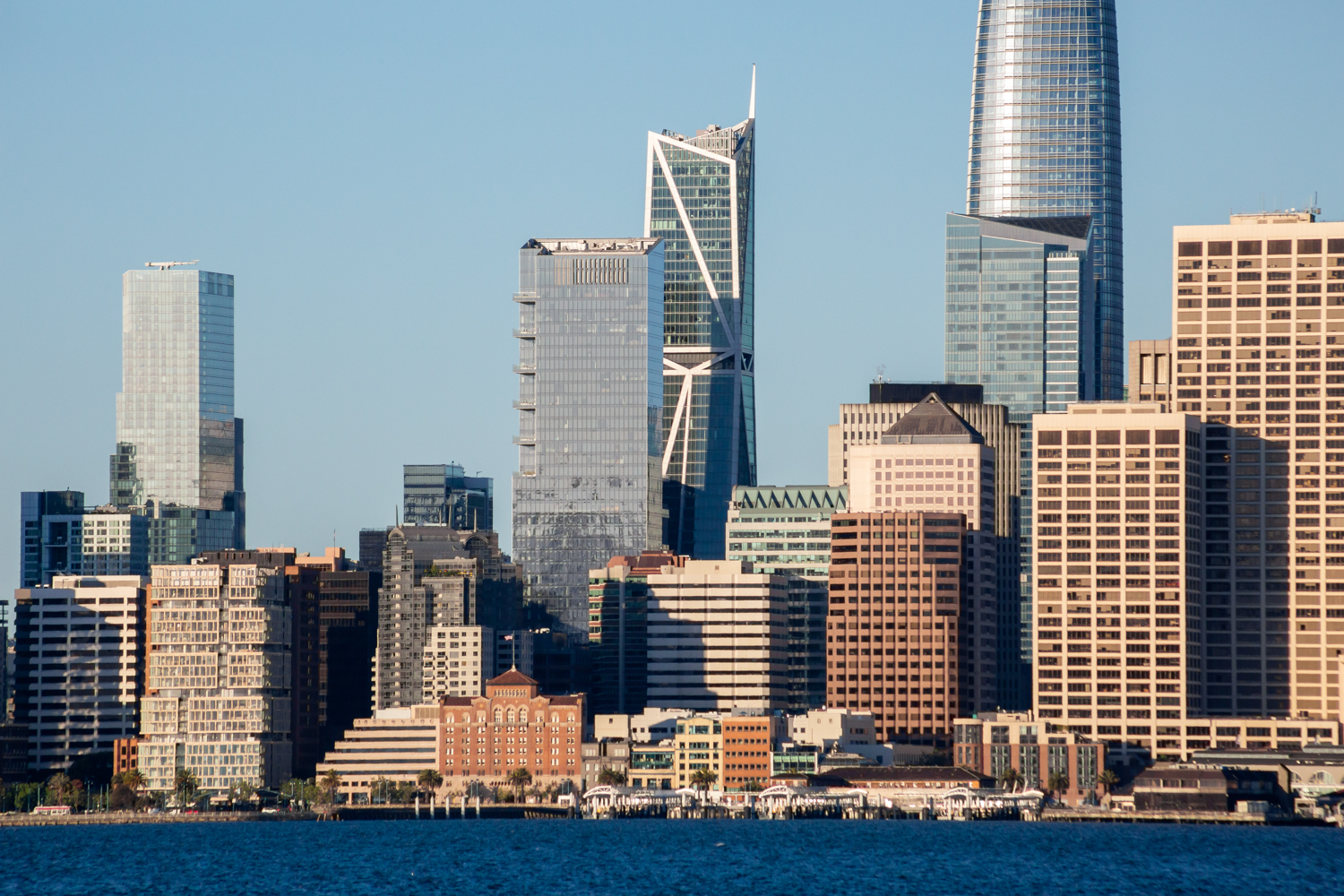 The building has been fully leased to Facebook. The agreement was signed in 2018 before the tower topped out. The 755,900 square foot agreement is the largest single lease in San Francisco’s history. Construction took place from 2015 to 2019. Leasing of the Park Tower at Transbay took place after Facebook signed another 436,000 square foot office space lease inside the mixed-use 810-foot tall 181 Fremont tower. 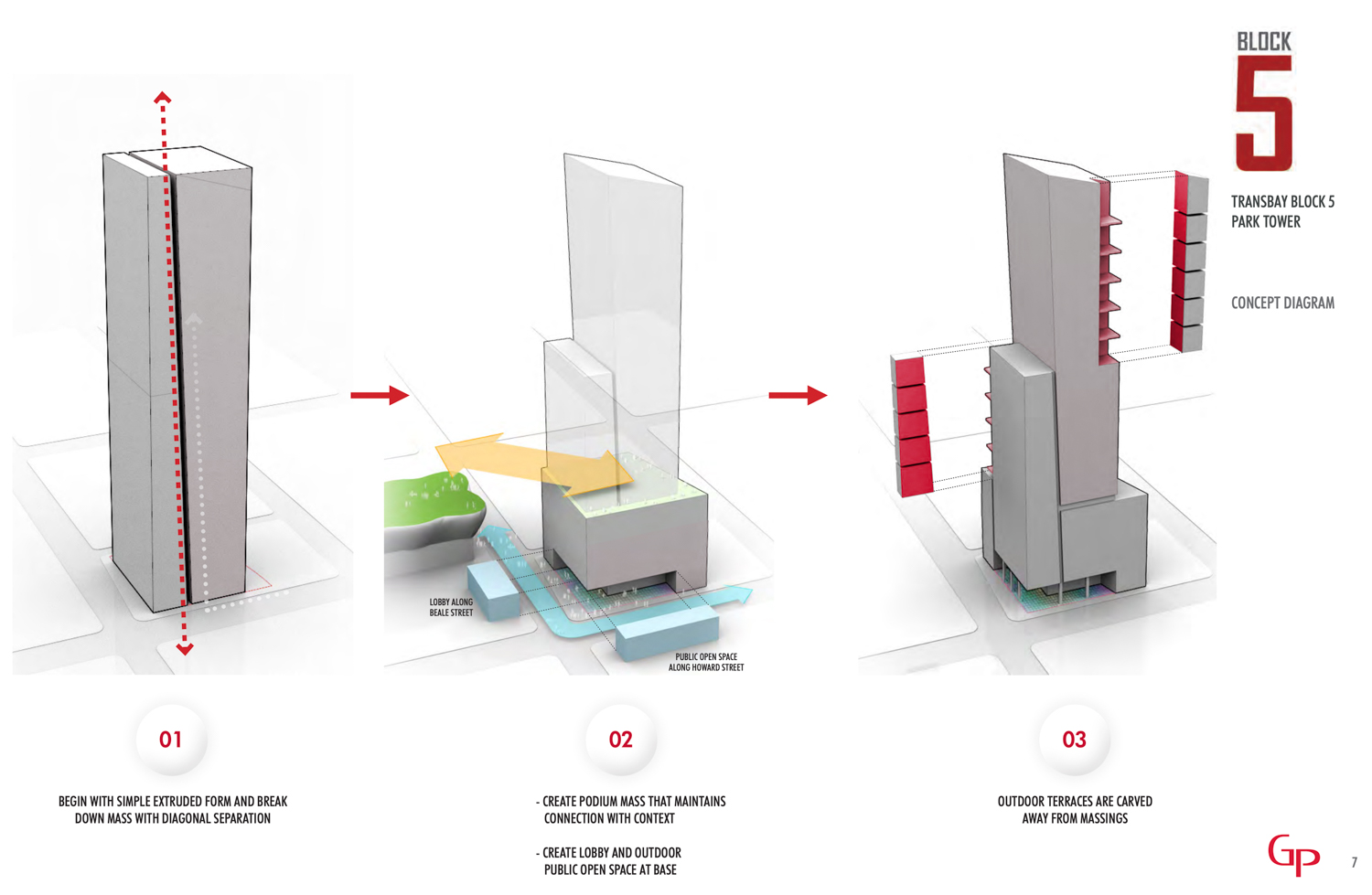 The design, spearheaded by Goettsch Partners, deconstructed a traditional curtainwall office block to produce 14 sky decks and a sharp cantilever edge extending over a dozen floors above a terrace overlooking Beale Street. James Goettsch, chairman and co-CEO at GP said of the building’s overall design that “the terraces are a defining element of the project, both in terms of what they contribute to the interior functions and also to distinguish the building in the downtown context.” 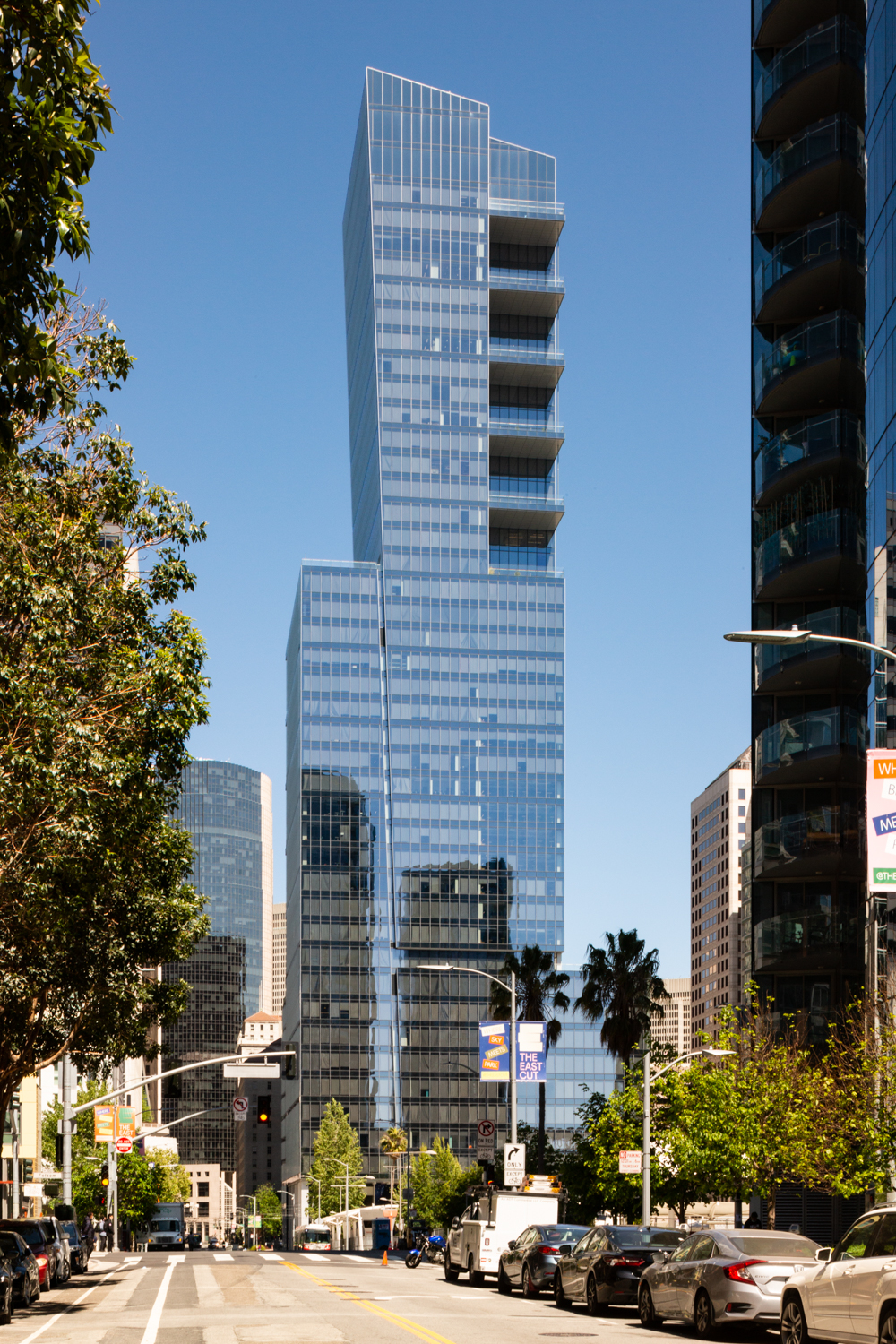 250 Howard Street from across Folsom and Beale Street, image by Andrew Campbell Nelson 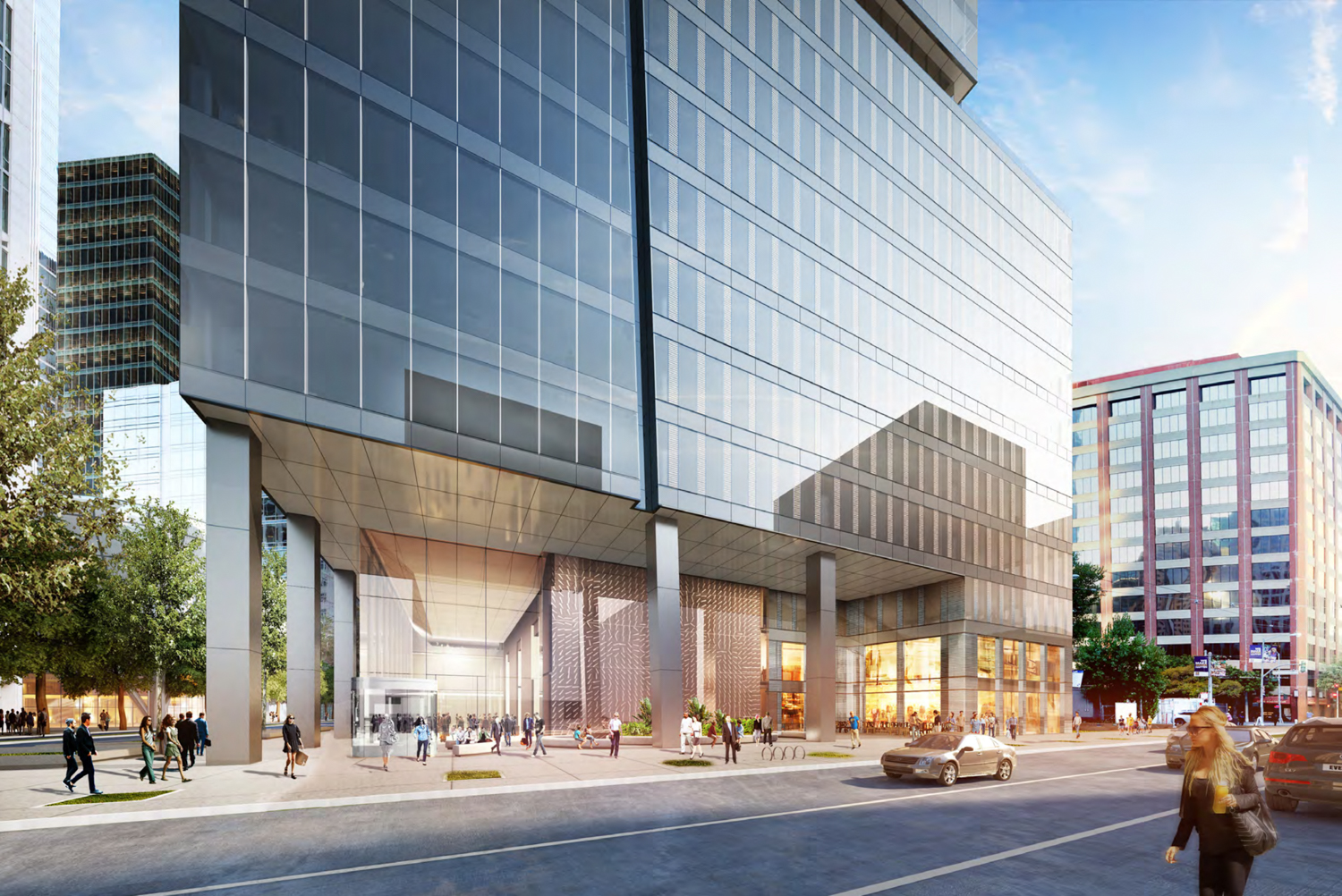 The thousands of square feet of open area across the decks and ground-level plazas have been designed by Andrea Cochran Landscape Architecture. 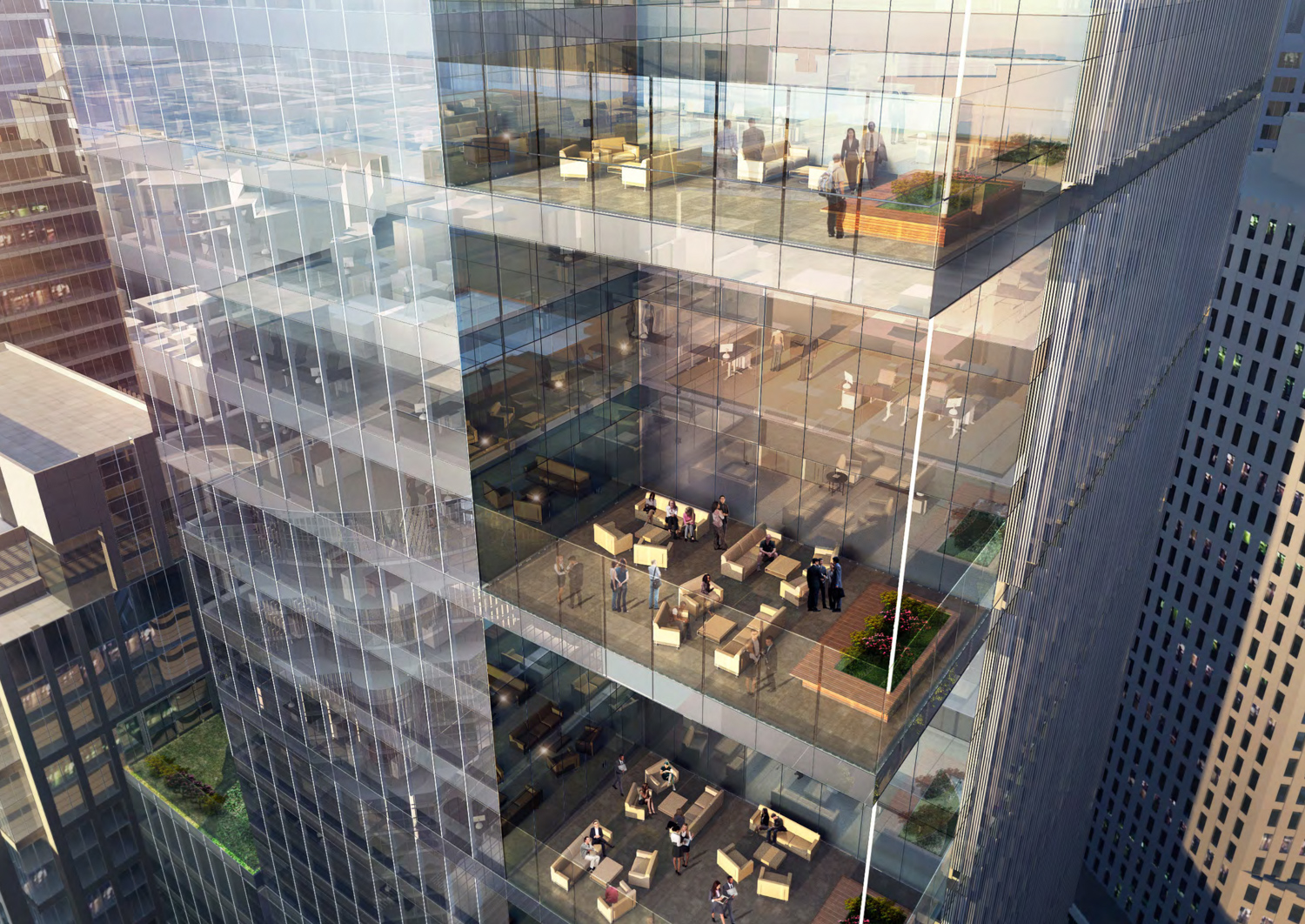 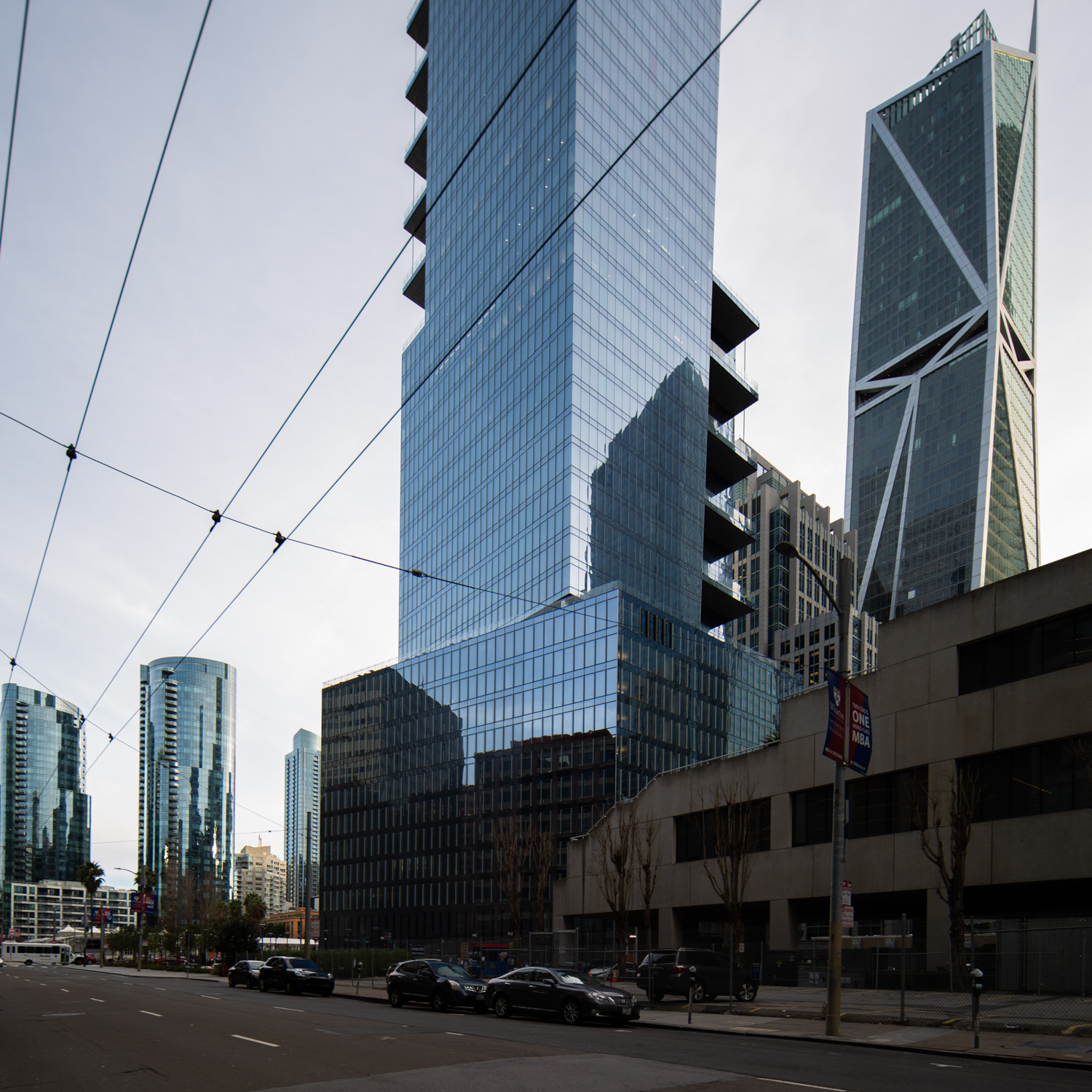 The project was developed by MetLife, John Buck Company, and Golub Real Estate Development. MetLife took a 95% majority stake in the project in 2015, worth nearly $345 million.