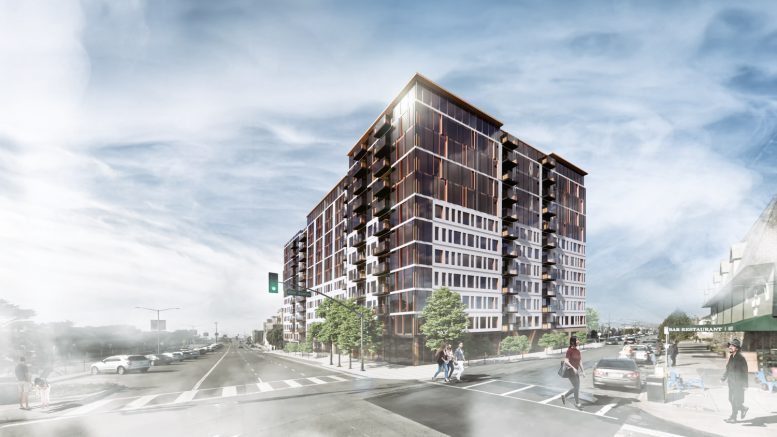 Increased plans have been filed for a twelve-story affordable housing development at 2700 Sloat Boulevard in San Francisco’s Parkside neighborhood. Project applications filed under Home-SF request approval for a 400-condominium structure, up from 288 units. Korb + Associates Architects is responsible for the design. 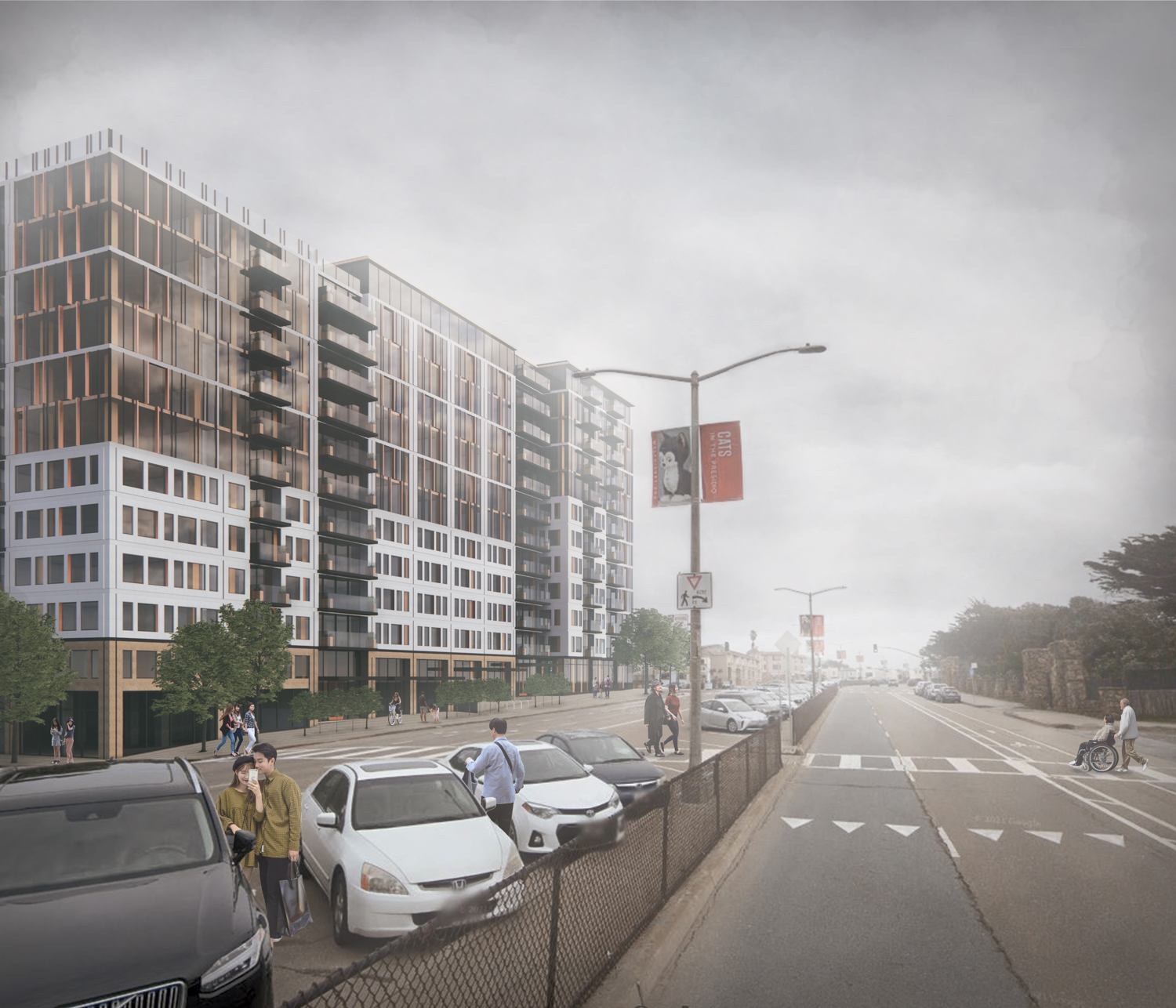 Of the 400 units proposed to be sold for ownership, there will be 128 studios, 96 one-bedrooms, 131 two-bedrooms, and 45 three-bedrooms. The average unit will span between 350 to 1,080 square feet. 120 of the home will be affordable, and 280 will be market rate. 30% of the units will be affordable, exceeding city requirements to benefit from the affordable housing density bonus. A third of the affordable housing will be for households earning 80% of the Area Median Income (AMI), a third will be for households with 105% AMI, and the rest for 130% AMI households.

Residential amenities will include a children’s play area, storage for bicycles, surfboards, and strollers, an owner’s storage area, and a fitness center. A ground-level courtyard will create over 4,000 square feet of open space, and the rooftop will open up three distinct open spaces totaling 23,000 square feet. 18,800 square feet of private open space will be scattered across the rest of the structure. 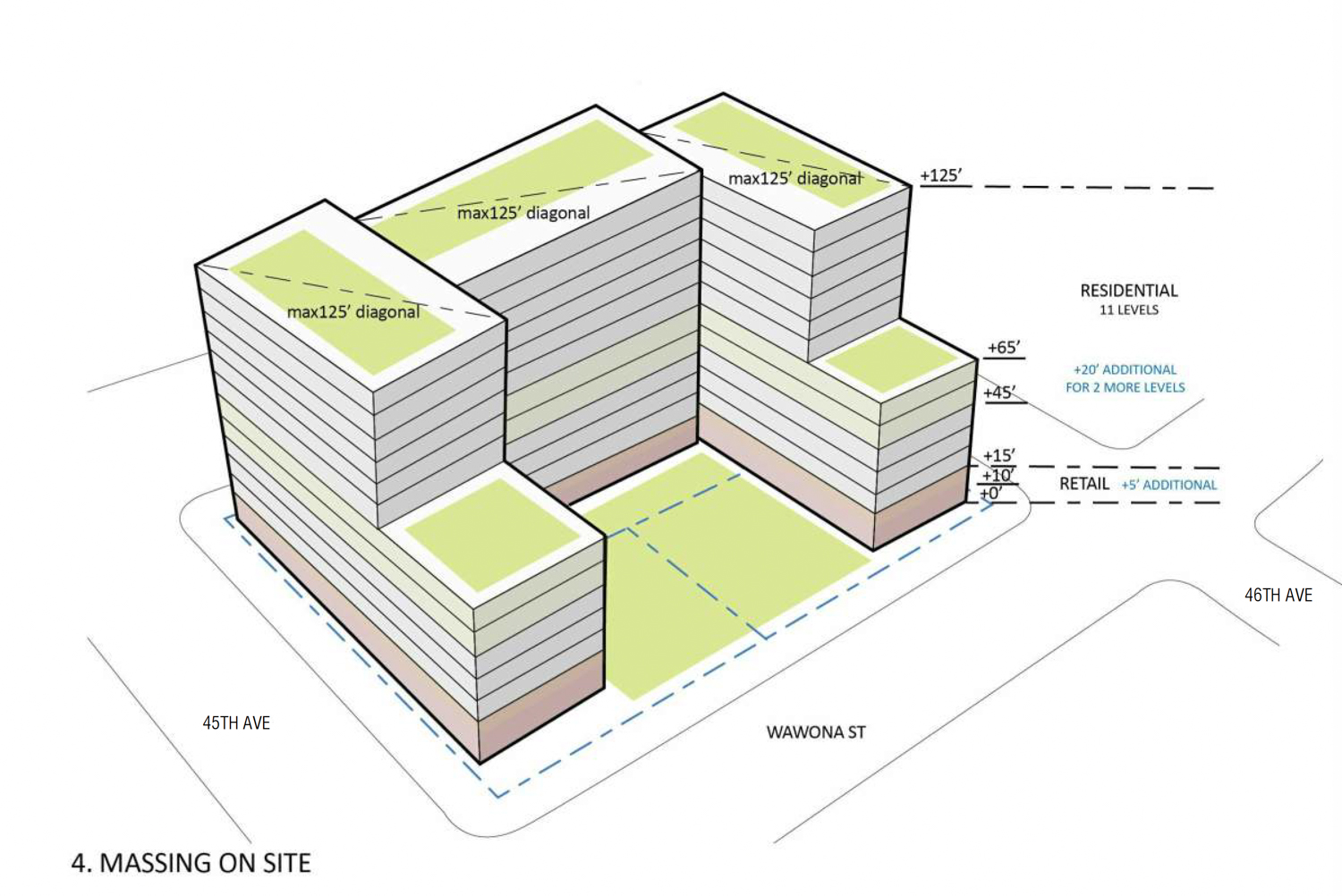 The structure will use mass timber, a more environmentally friendly material than steel, and better in coping with tsunamis than concrete.

The Parkside neighborhood is a predominantly residential area, with apartments and single-family homes to the north of 2700 Sloat Boulevard. Many residents will have views over the San Francisco Zoo, and others will look over the Ocean Beach to the Pacific Ocean, just two blocks west. Public transit in the area includes buses and a light-rail stop. 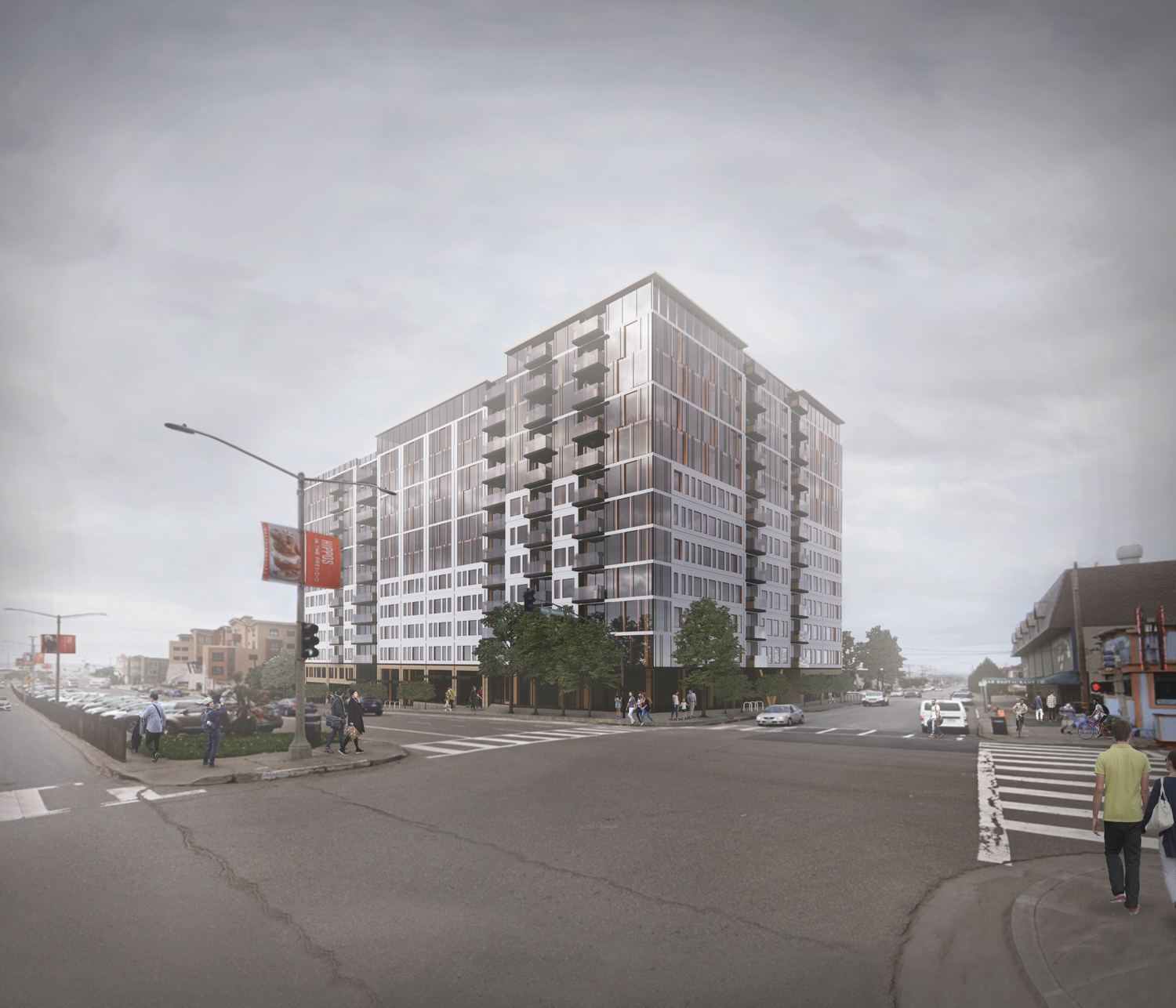 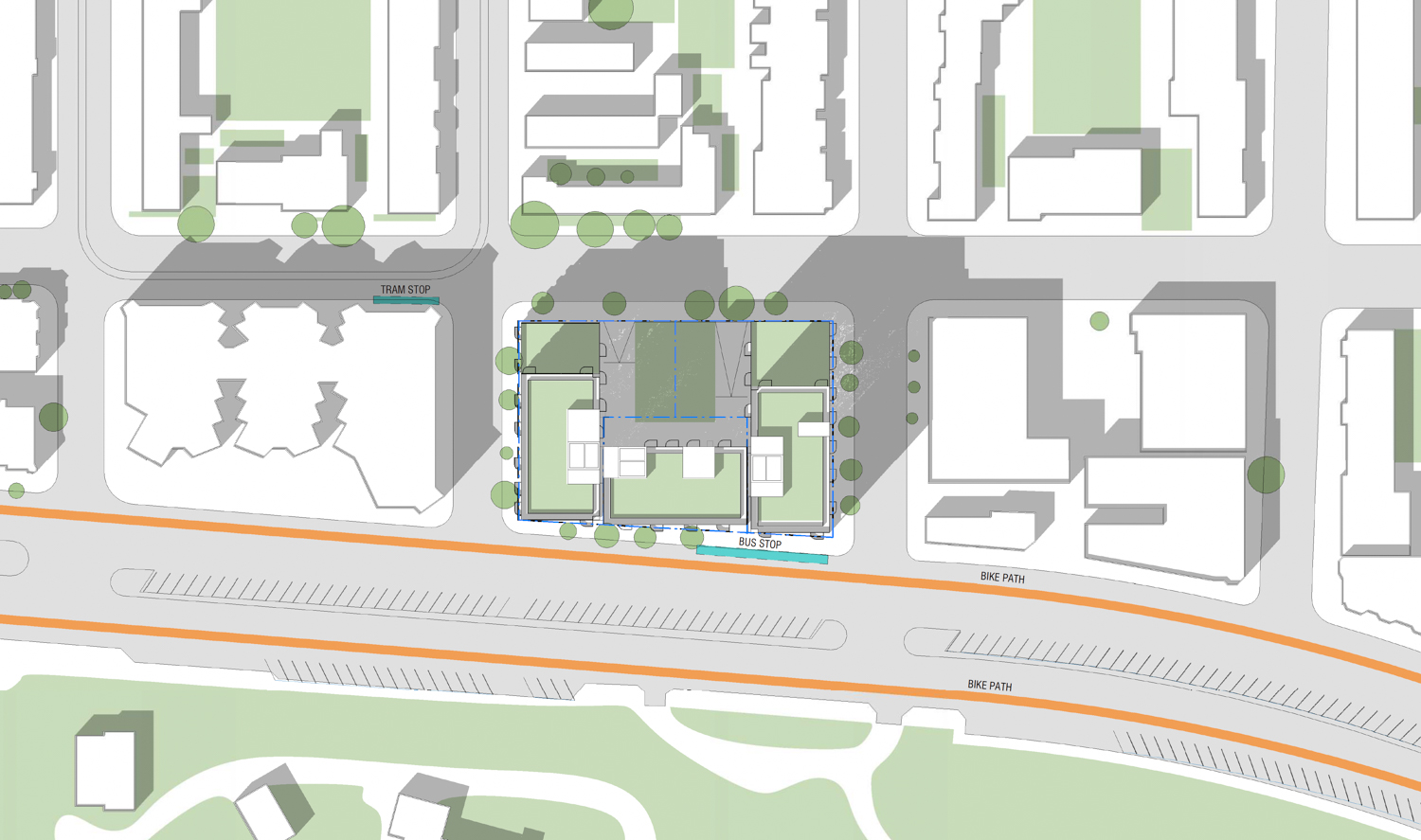 An estimated timeline for construction has not yet been established, though the project sponsor expects their hearing with the San Francisco Planning Commission for approval by early 2023. 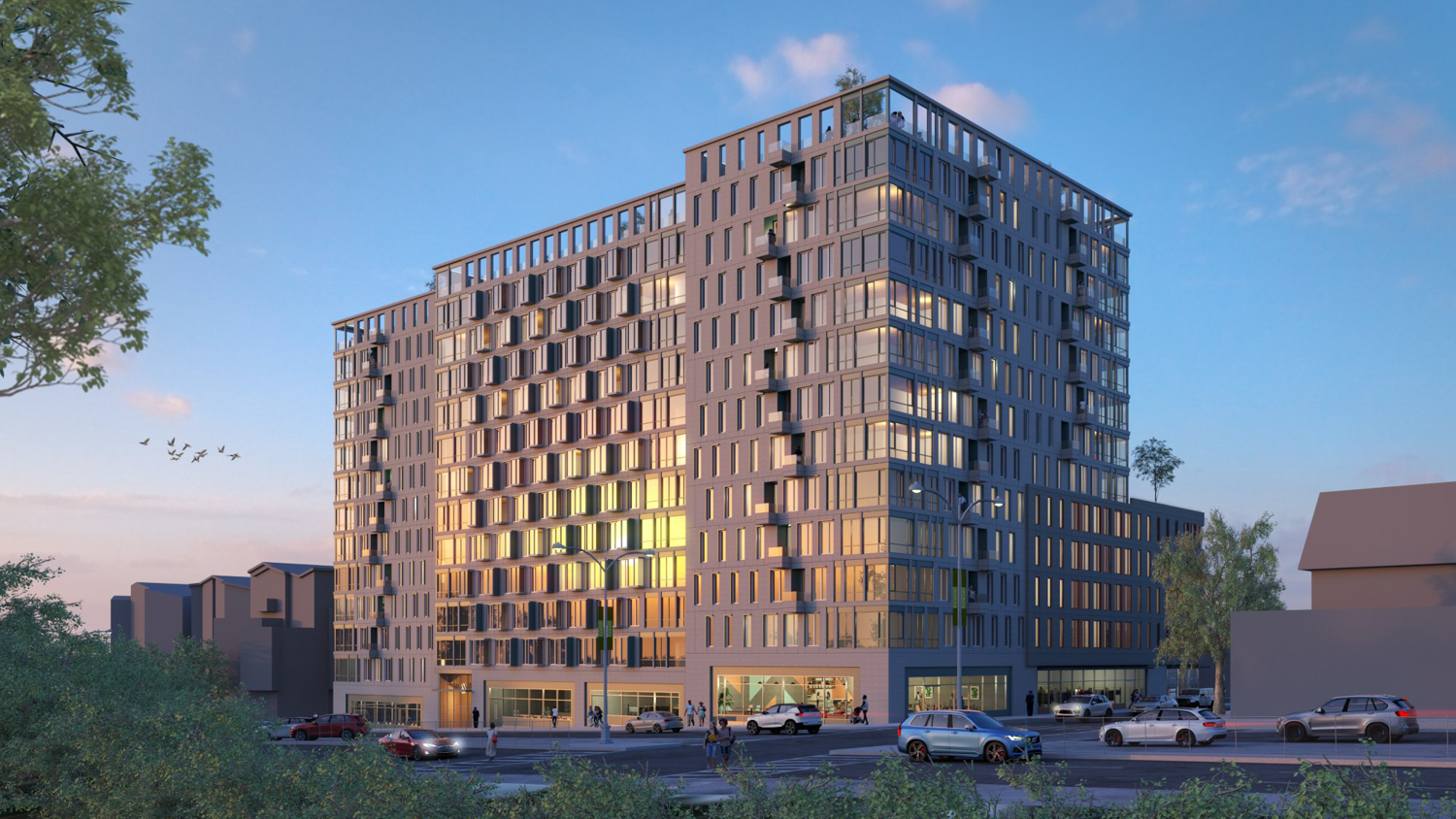 2700 Sloat Holdings LLC is responsible for the development. Little other information is known about the LLC, aside from that it is based in SoMa, San Francisco. The project will benefit from Home-SF, Senate Bill 330, and the State Density Program. 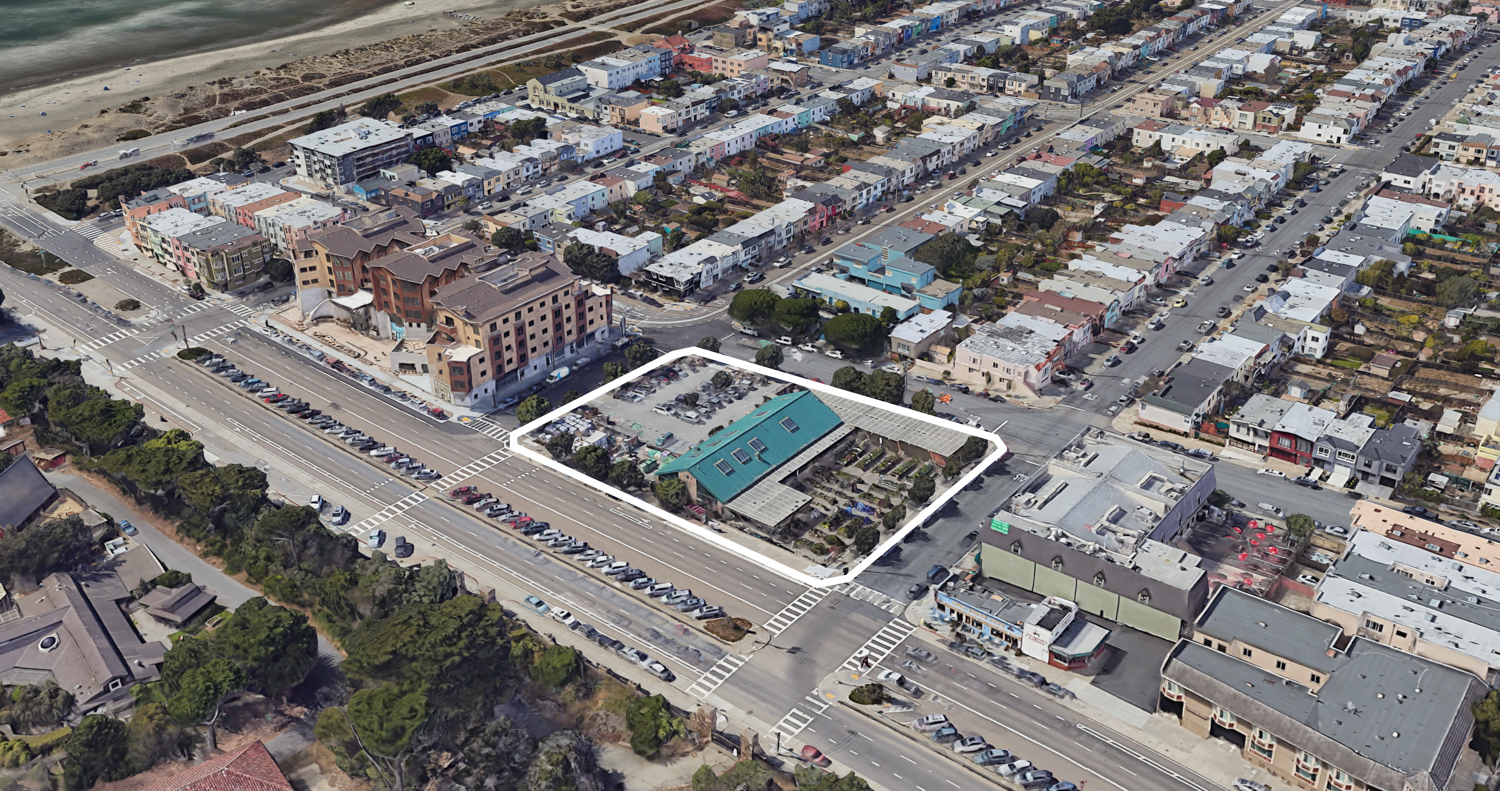 Construction is expected to last between 12 to 18 months from groundbreaking to completion, at an expected cost of $134-150 million.

CORRECTION: December 16 1:13 PM, The article has been corrected to reflect a new project architect and size.