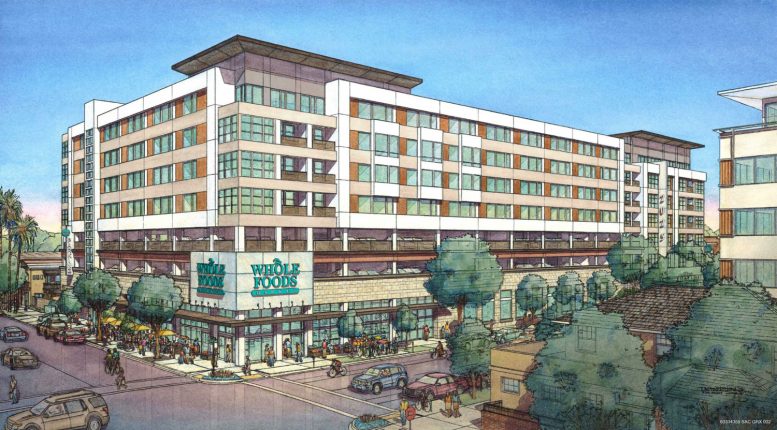 2025 L Street, illustration by LPAS Architecture and Design circa 2014

New building permits have been filed for a four-story mixed-use project at 2025 L Street in Midtown Sacramento. The recent application for the development is projected to create 93 new units on top of a new retail space. Pappas Investments is the property owner. 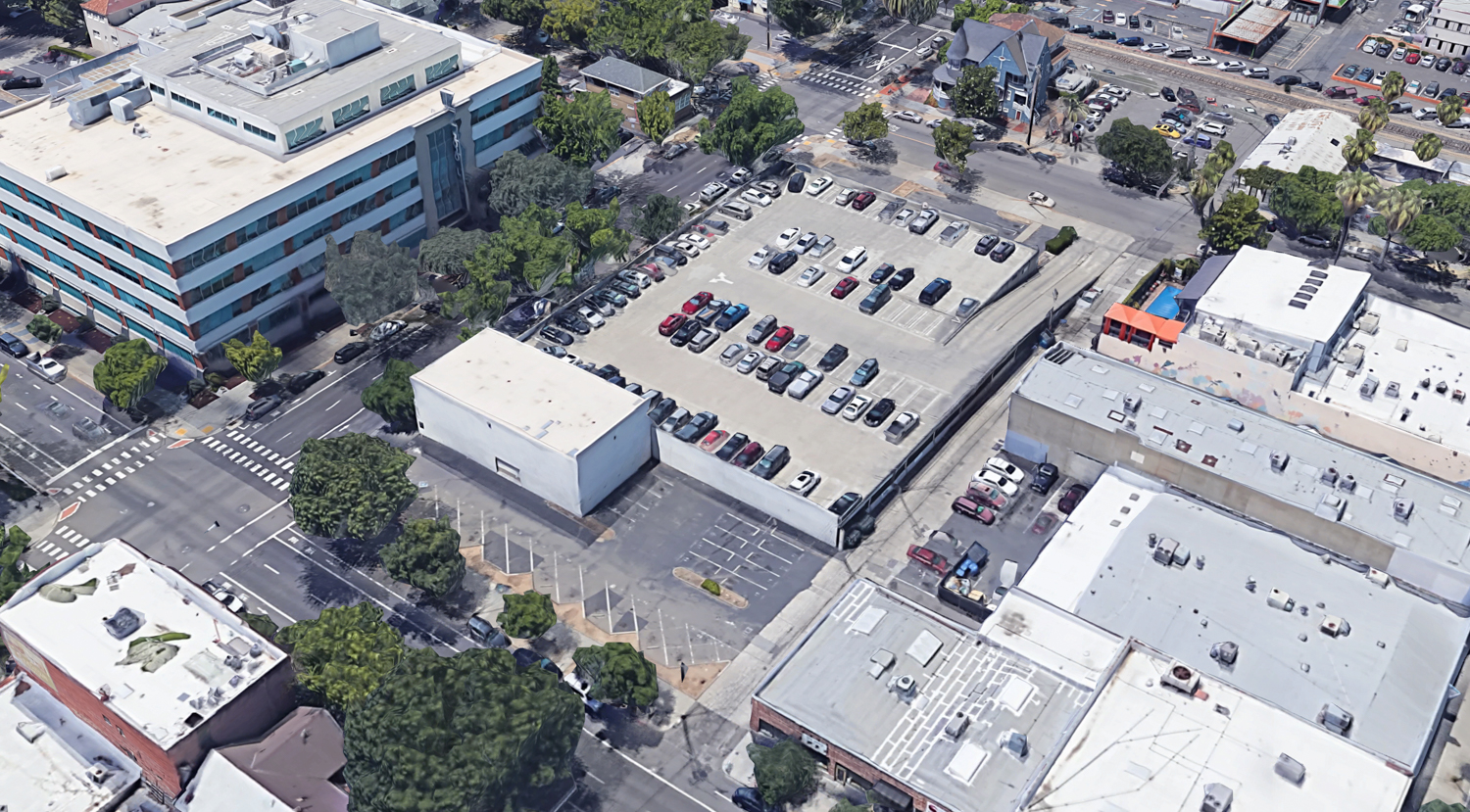 The new building permit states that construction at 2025 L Street will rise four floors, including a 38,275 square foot retail space on the ground floor and a 118,850 square foot garage on-site. Of the 93 units, 88 will be one-bedrooms, and 16 will be two-bedroom units ranging between 750 and 2,000 square feet each. 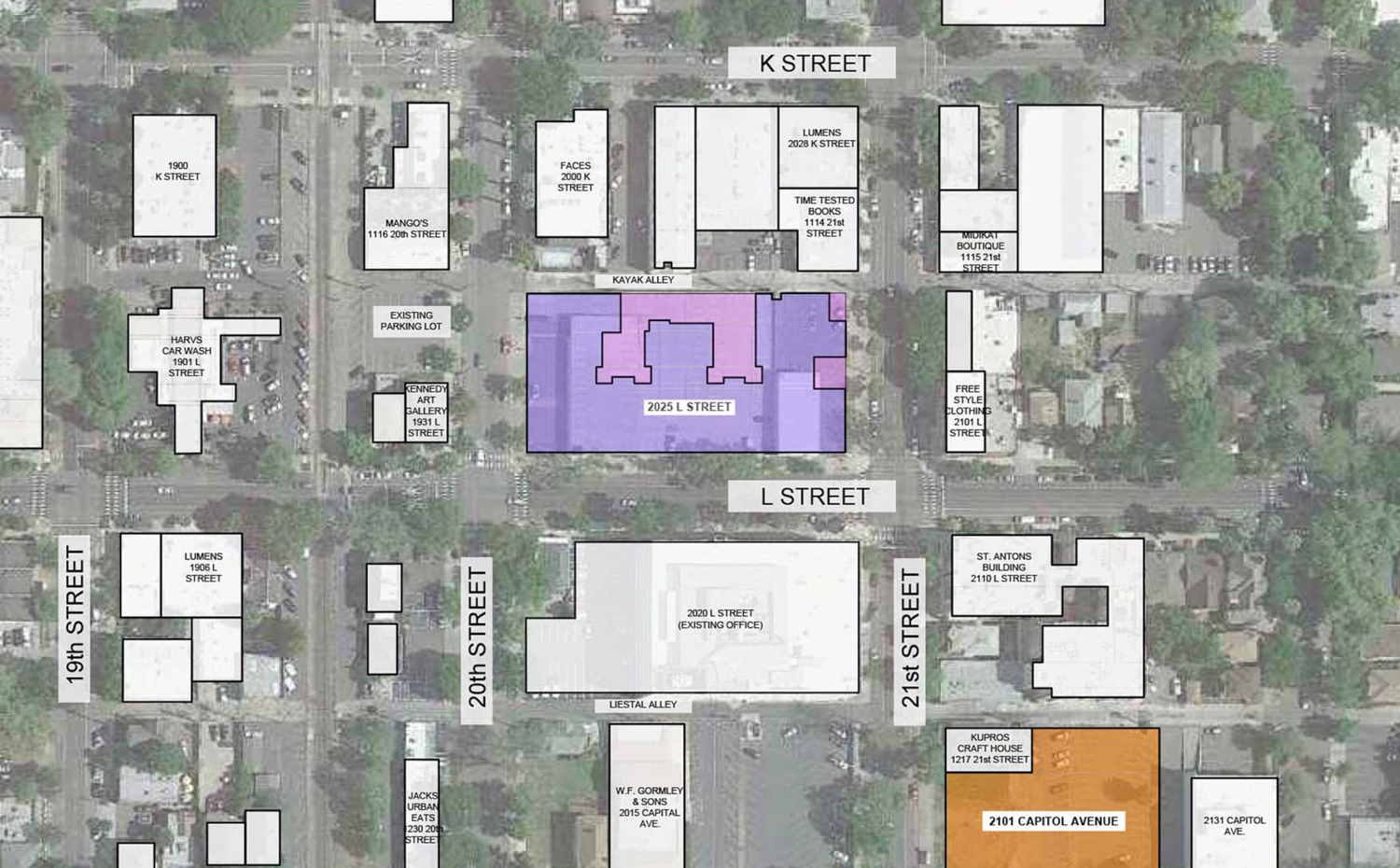 Applications by Pappas Investments for 2025 L Street originate in 2014, with a more extensive proposal anchored by a Whole Food Market grocery store. Circa 2014, 2025 L Street would rise six floors to create 141 apartments, 40,000 square feet for the whole foods, customer parking on floors two and three, and an additional parking structure half a block away at 2101 Capital Avenue. Unit sizes would range from studios to two-bedroom units. Amenities included a club, fitness center, lounge, and outdoor dining space. 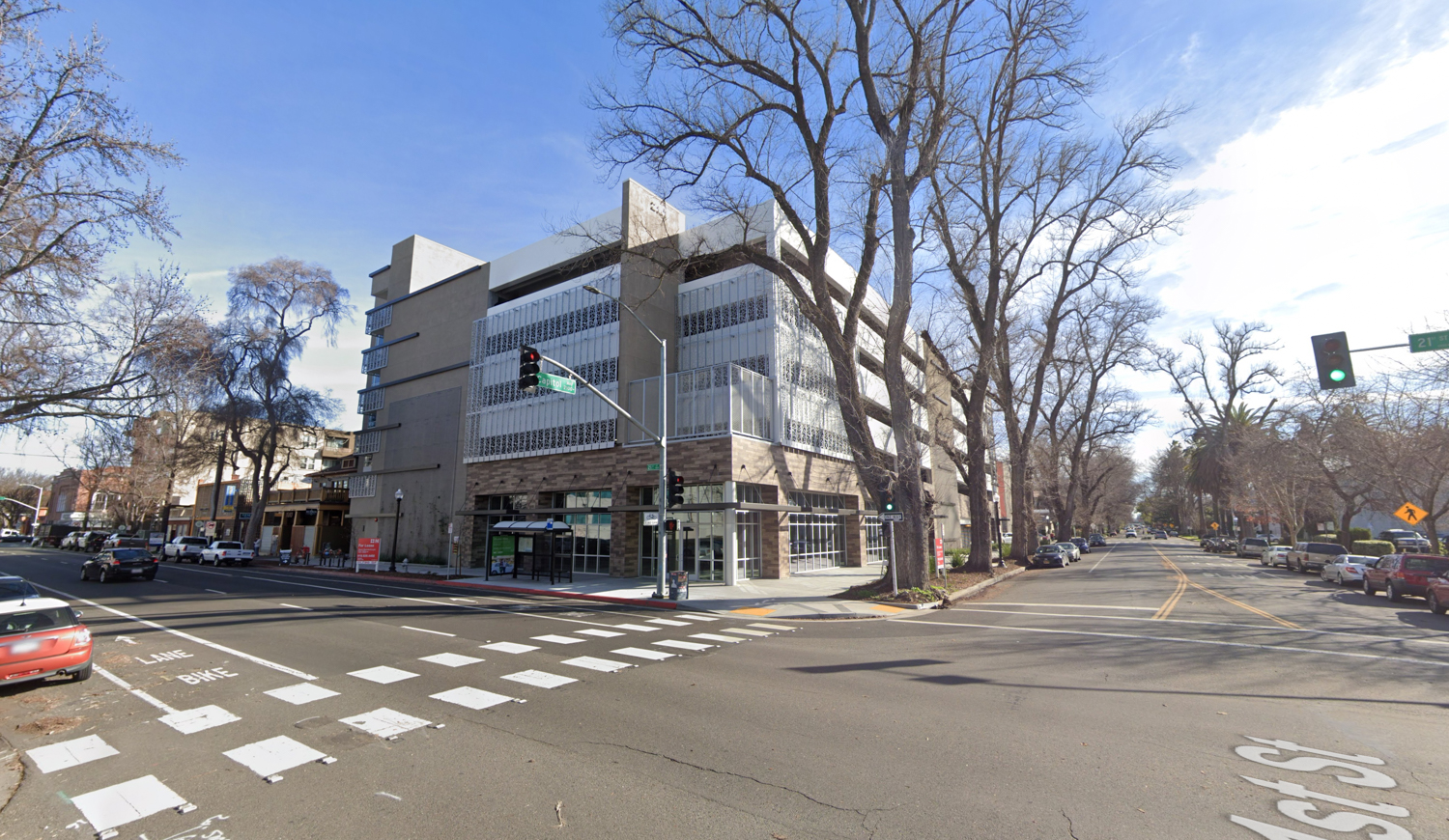 In 2019, the applicant wrote to the city, “without a commercial user the approved Project will not be built, regardless of whether the existing parking structure does or does not stand.” Whole Foods withdrew from the project in 2016, according to the Business Journal.

2025 L Street is located on a major commercial thoroughfare, nearby existing retail and public transportation. Residents will be just eleven minutes away from the State Capitol park by foot, which is surrounded by many of the city’s office high-rises.

Be the first to comment on "Permits Filed for 2025 L Street, Midtown Sacramento"