New renderings have been revealed for the proposed life sciences campus in Millbrae, San Mateo County. The project will add over half a million square feet with space for over two thousand employees, across from the mixed-use Gateway at Millbrae Station development. Greystar is partnering with Alexandria Real Estate Equities, a major investor in biotech projects across the nation. 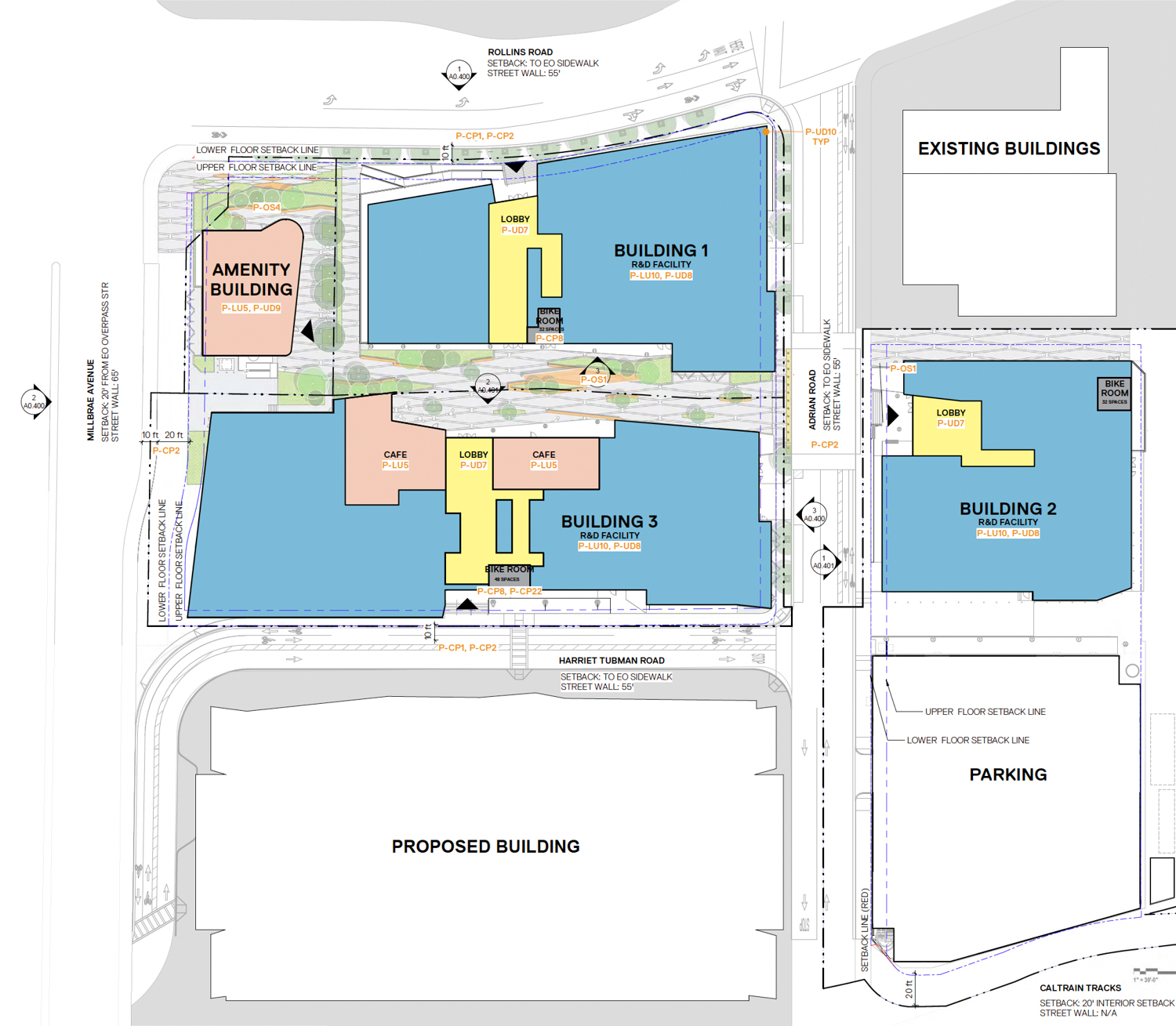 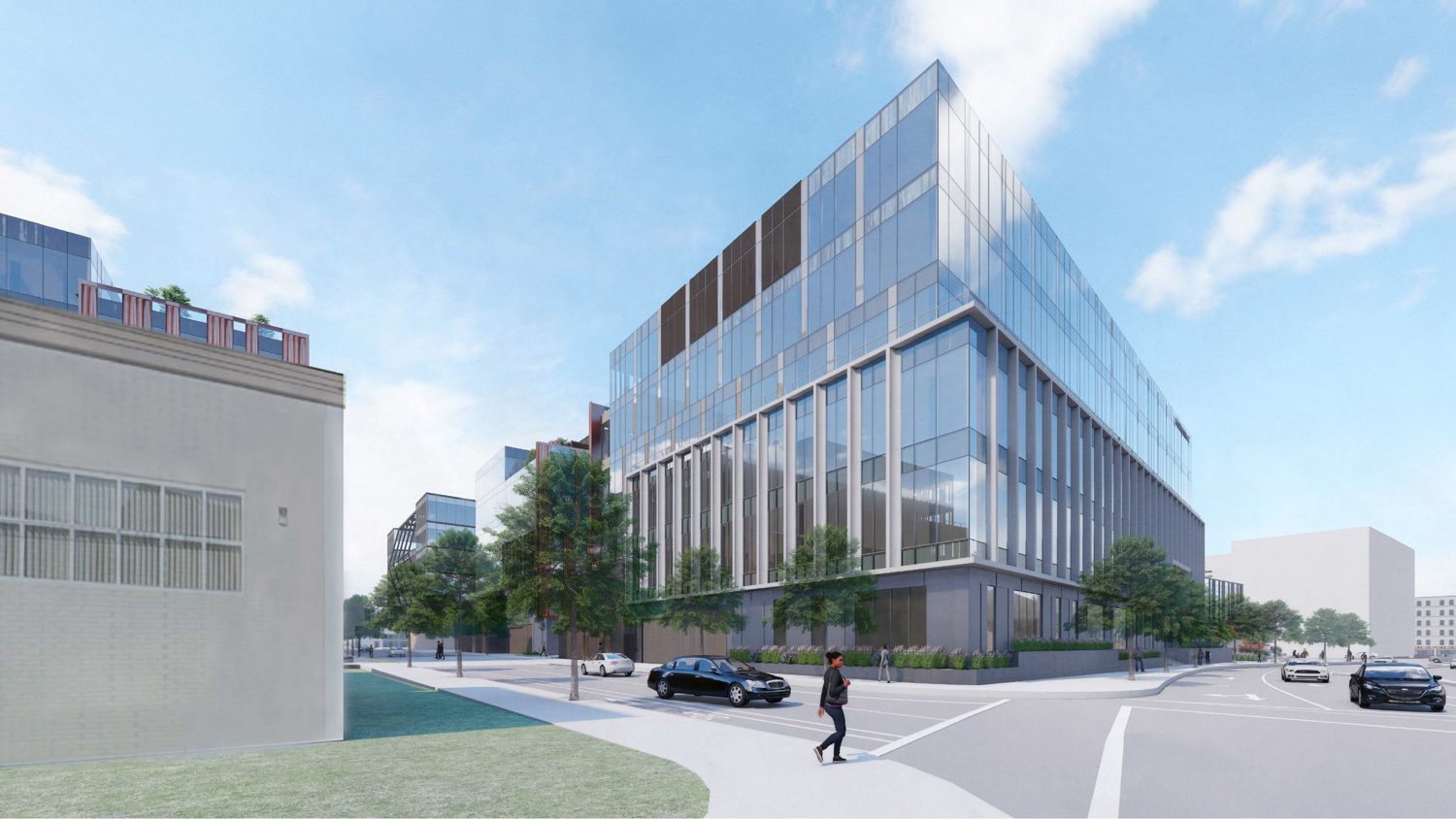 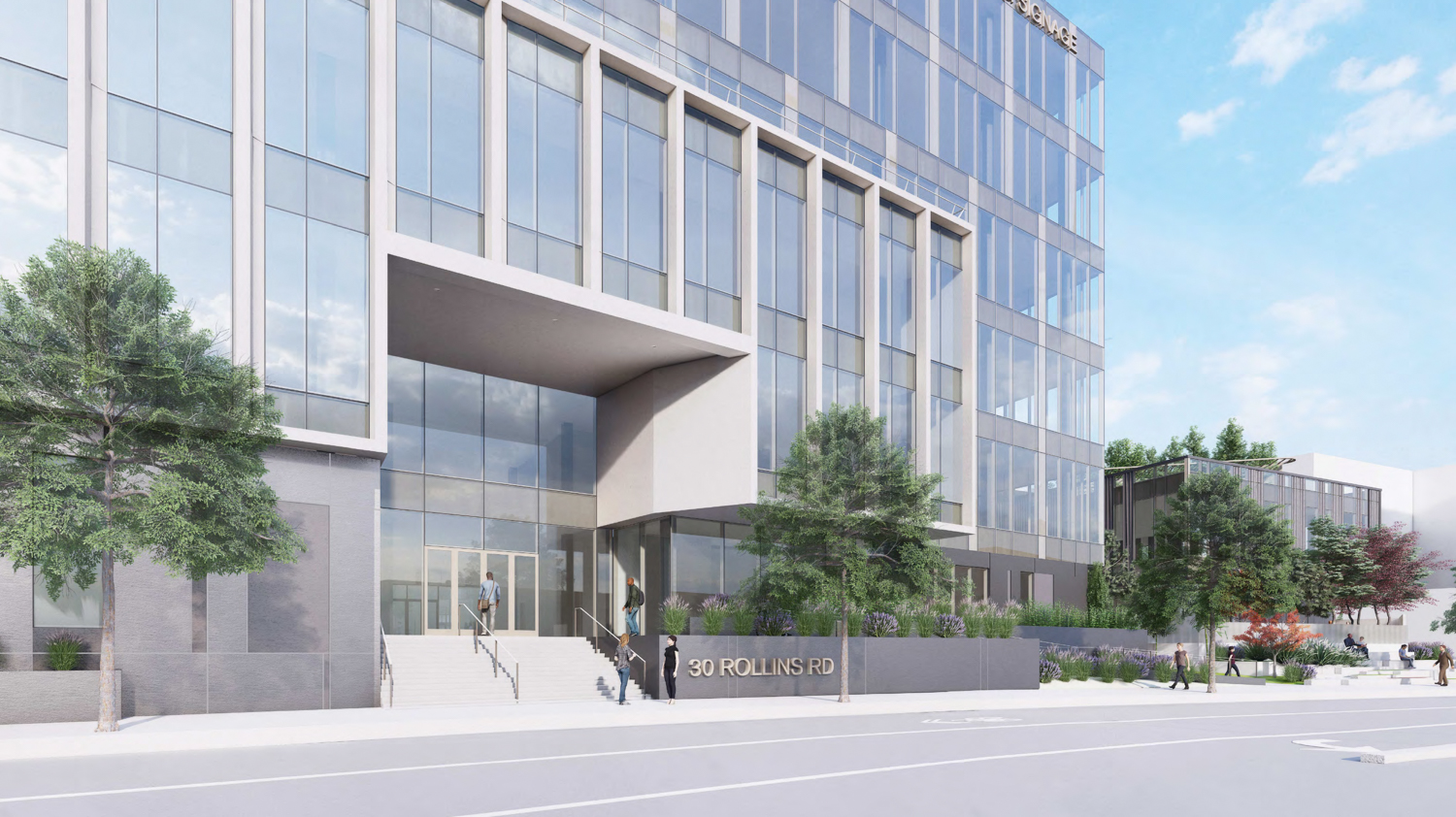 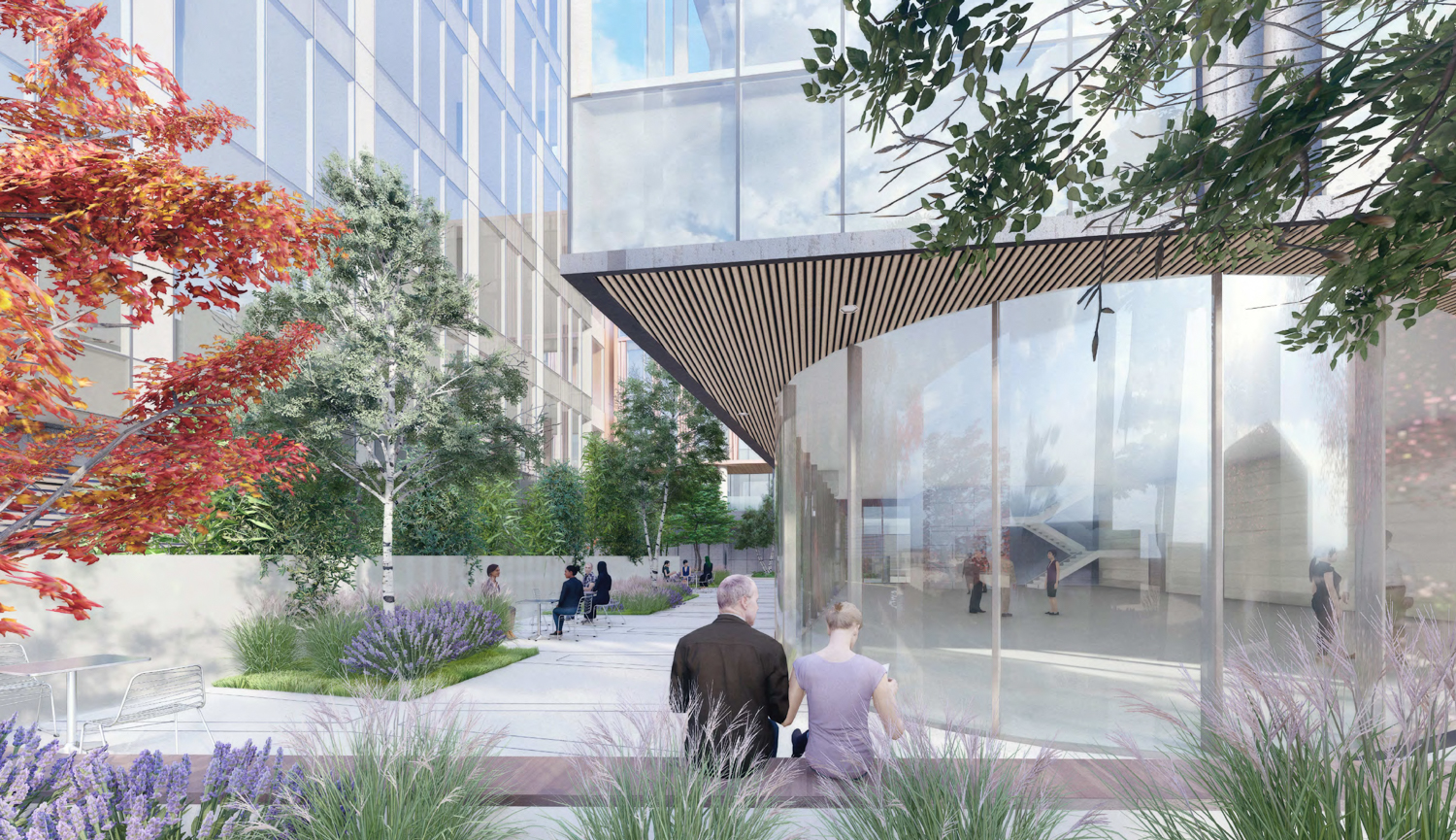 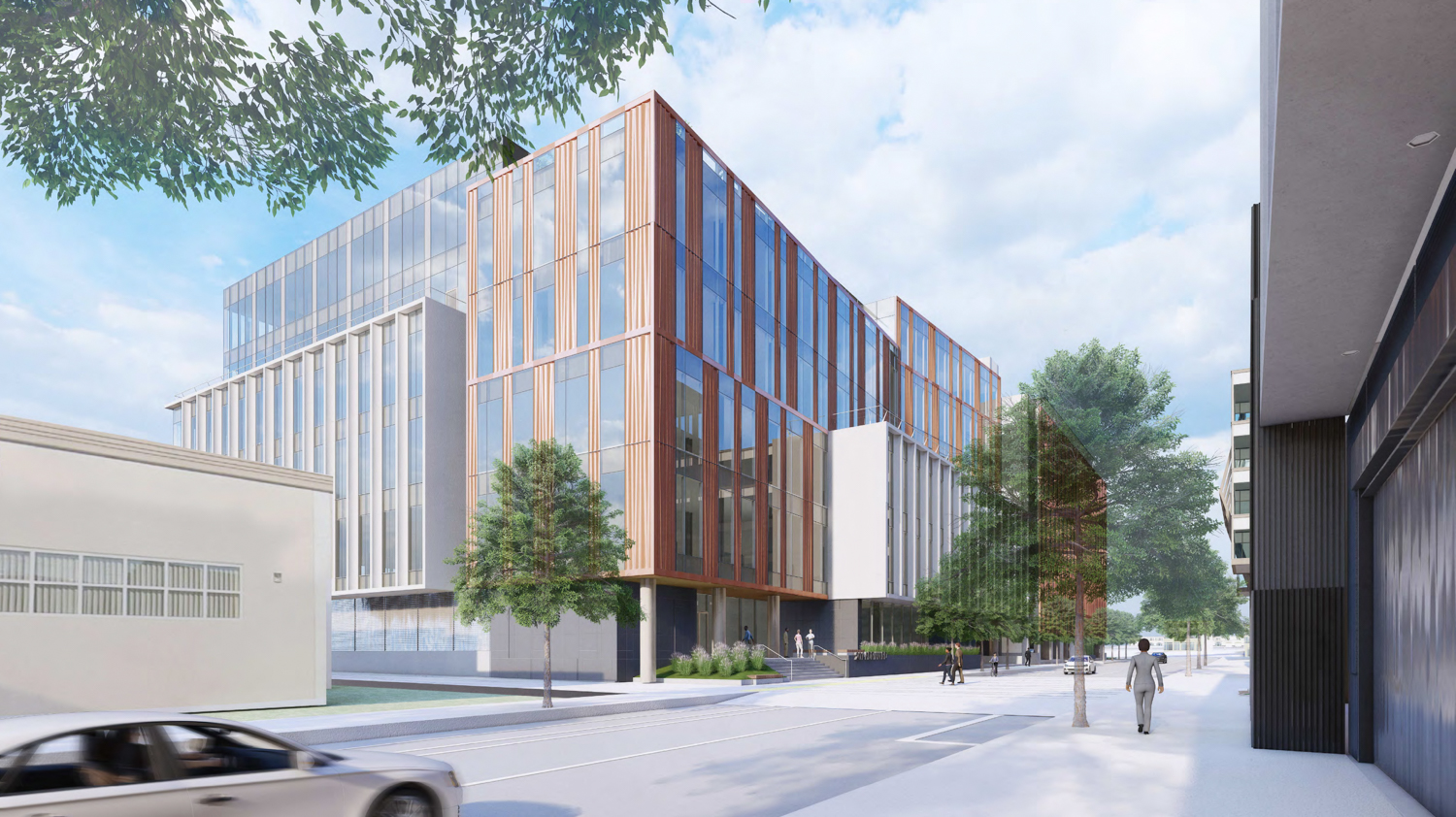 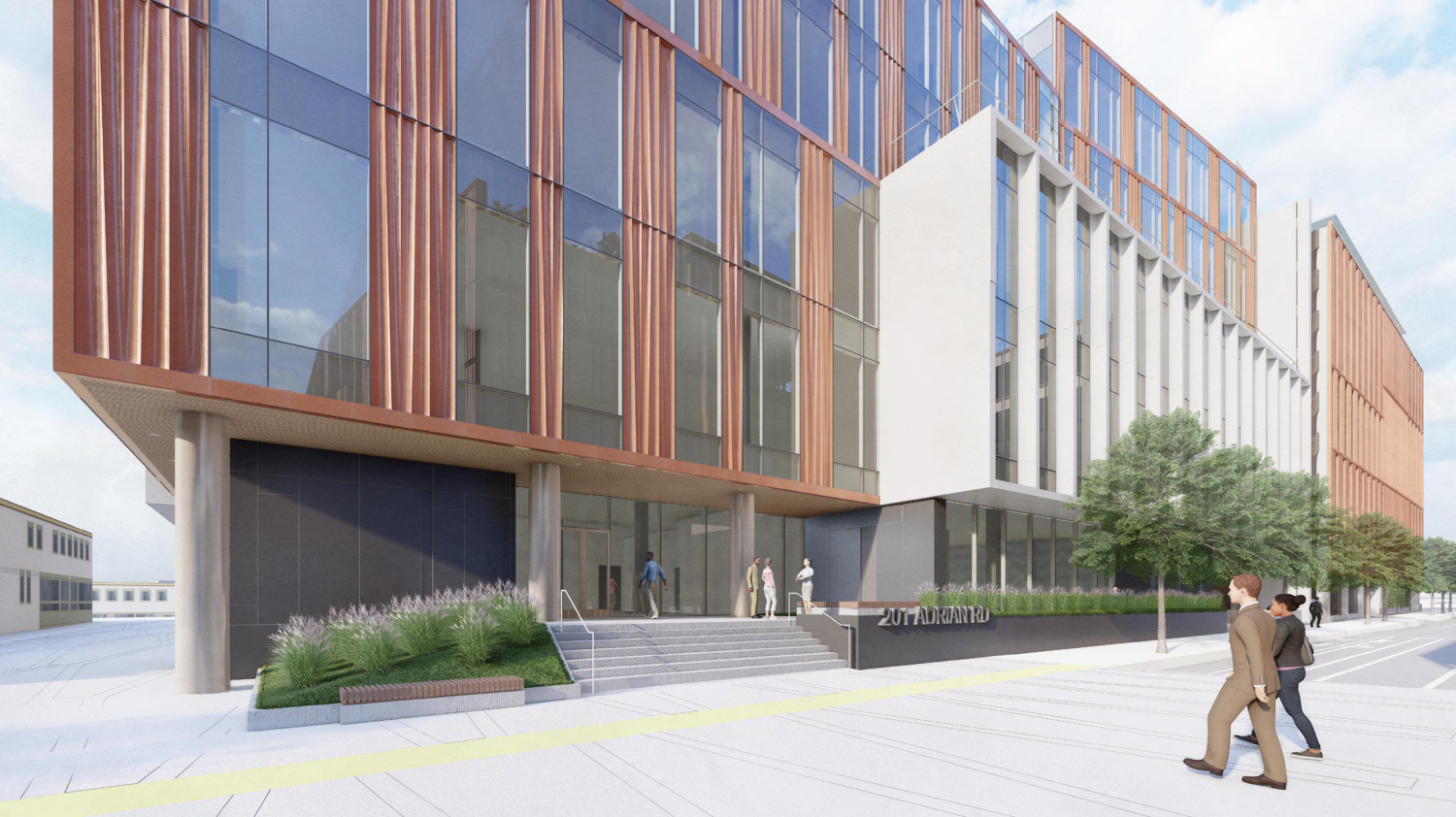 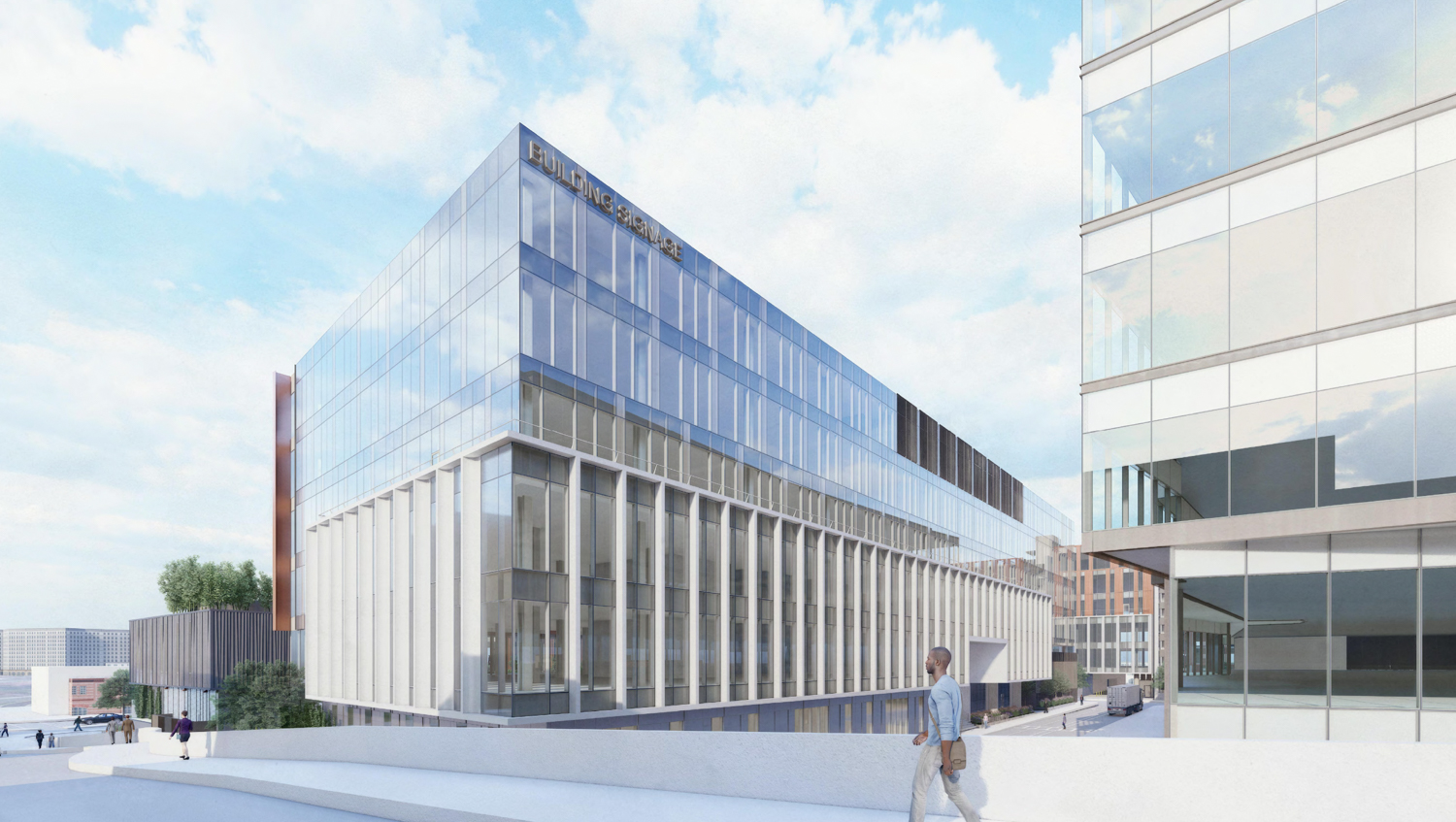 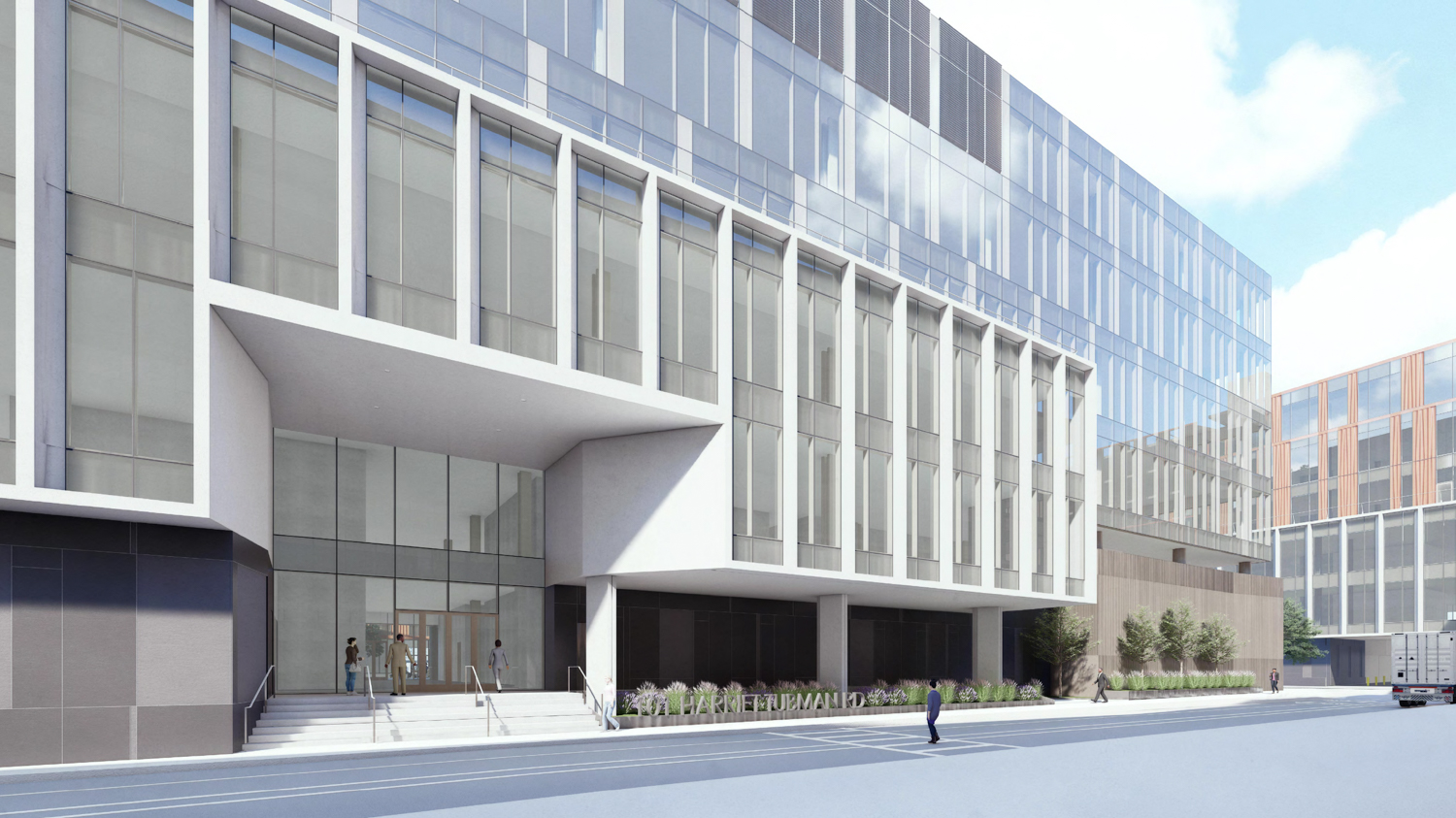 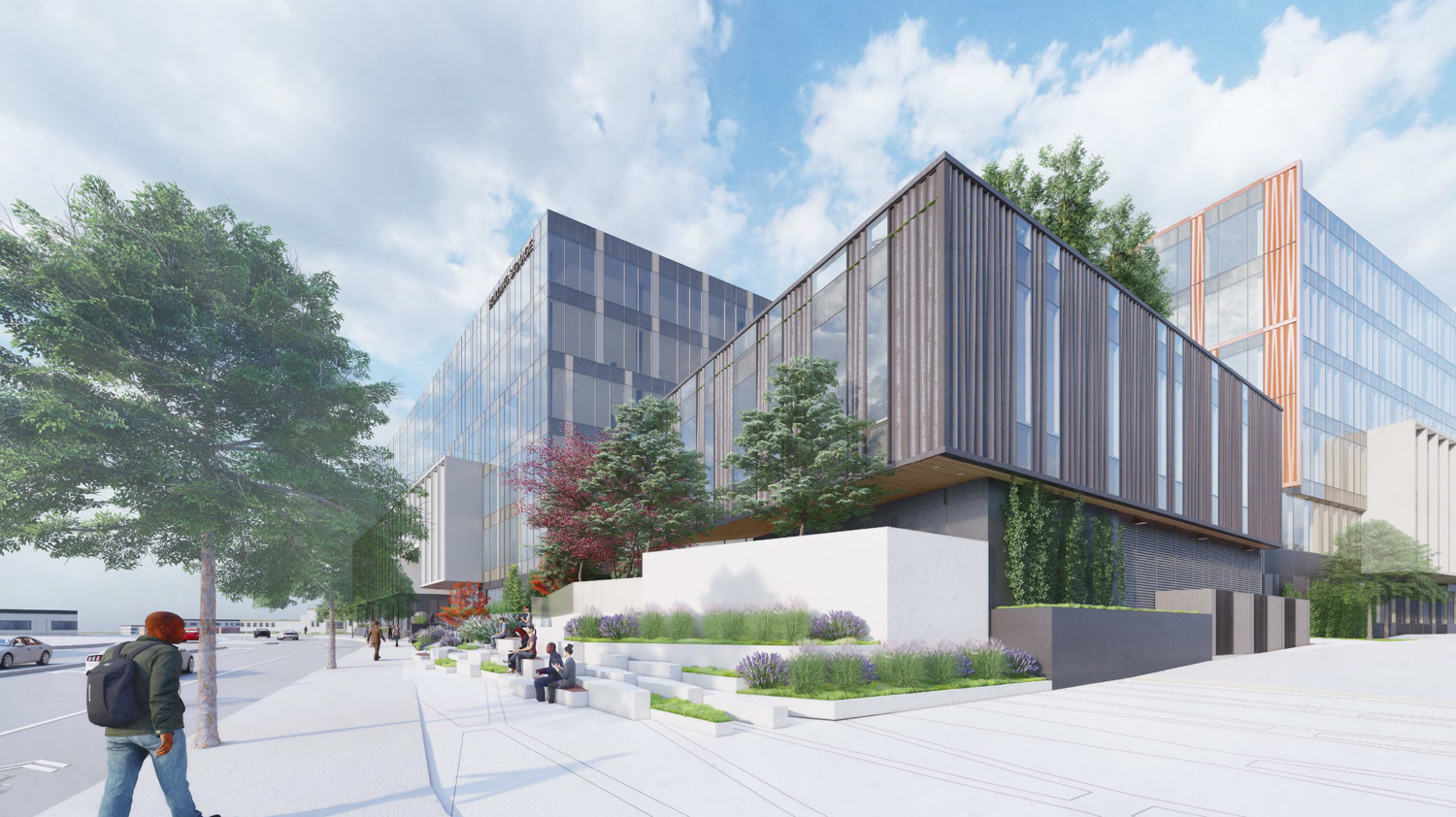 ACLS Millbrae Campus pedestrian perspective of building one and the amenity pavilion, rendering by WRNS Studio 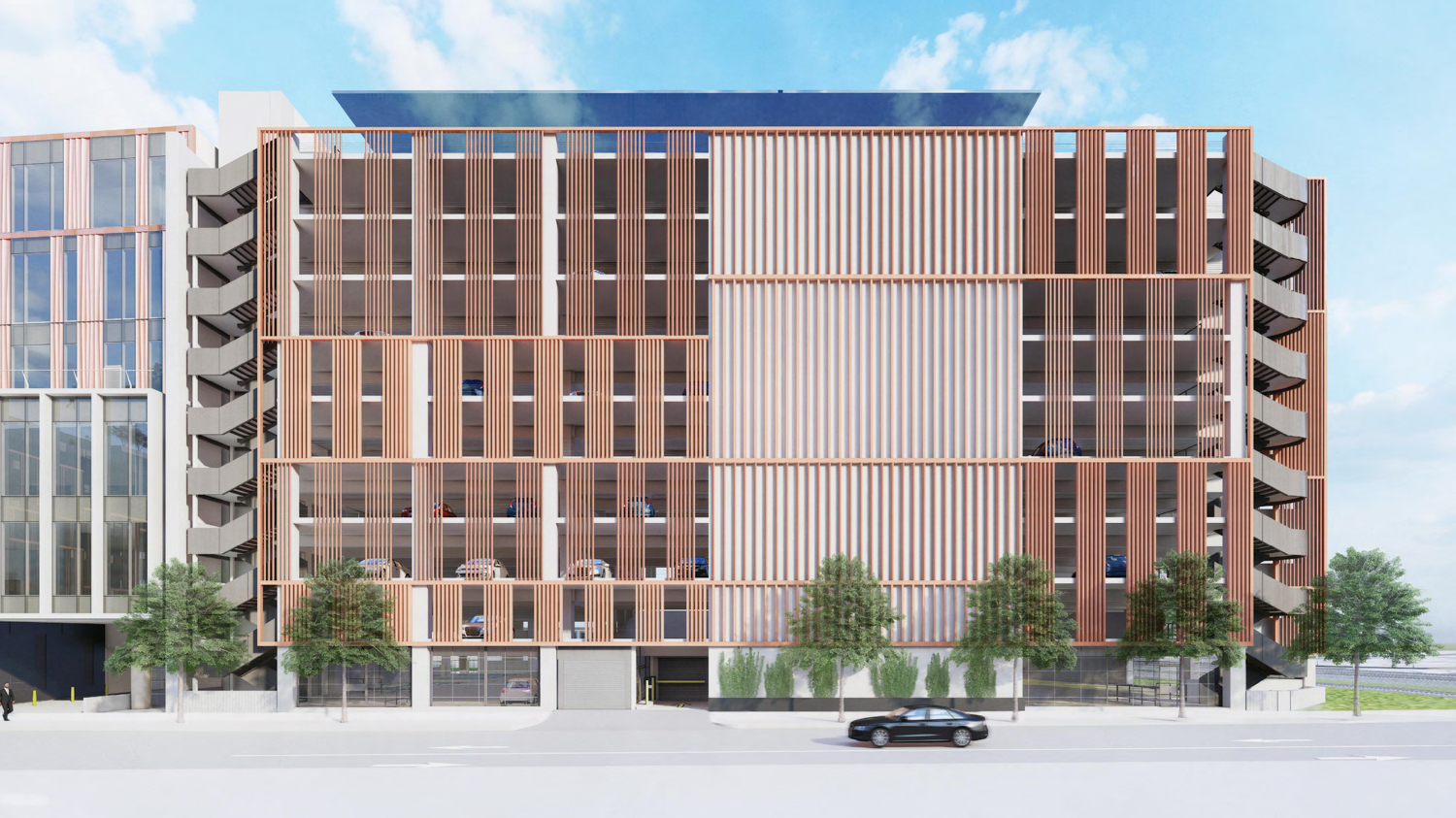 Initial plans suggest that sixty percent of the space will be for laboratory use, and forty percent for offices. The final composition of the floor area can be determined by the future tenants. At full build out, as many as 2,055 employees could be working from the campus.

While 927 vehicles is a lot for a transit-adjacent project such as this, there could have been more. Because the project is located within the Millbrae Station Area Specific Plan (MSASP), the developer is able to add fewer than the minimum required parking. Otherwise, the city code would require a minimum of 1,244 parking stalls to be included. 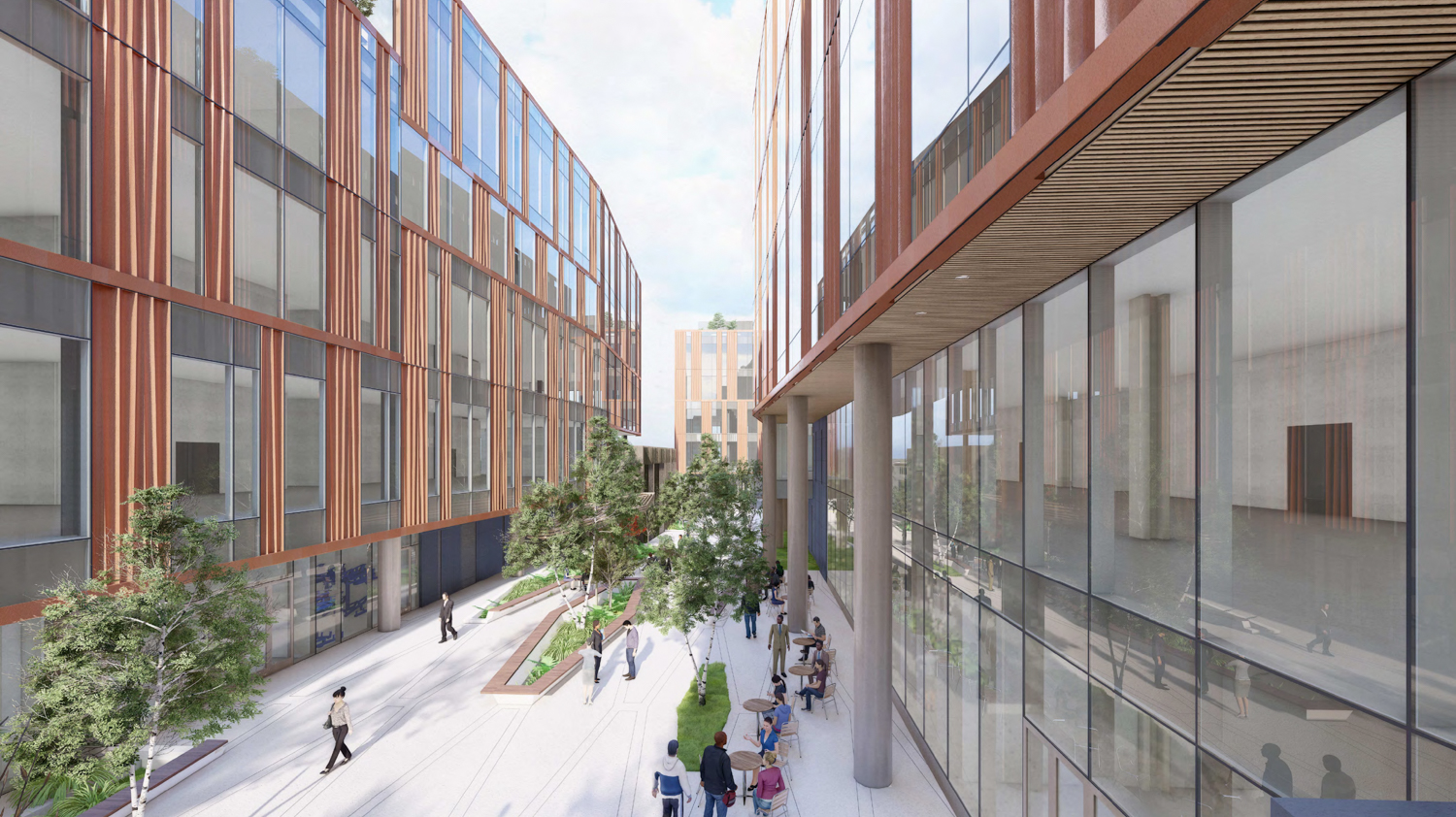 WRNS Studio is the design architect, BKF Engineers is the civil engineer, and Bionic is the landscape architect.

At ground level, stone walls establish the foundation, enhancing the visual scale of the office buildings. Meanwhile, the upper levels will be set back from the street to break up the massing, create visual interest, and produce open-air balconies for the office employees.

A linked paseo will run through the site, offering a requiem of landscaped open space with public seating and gathering space. A plaza at the corner of Millbrae Avenue and Rollins Road will link the paseo to the open space, establishing the welcoming connection to the mixed-use Gateway at Millbrae Station project rising across the street. 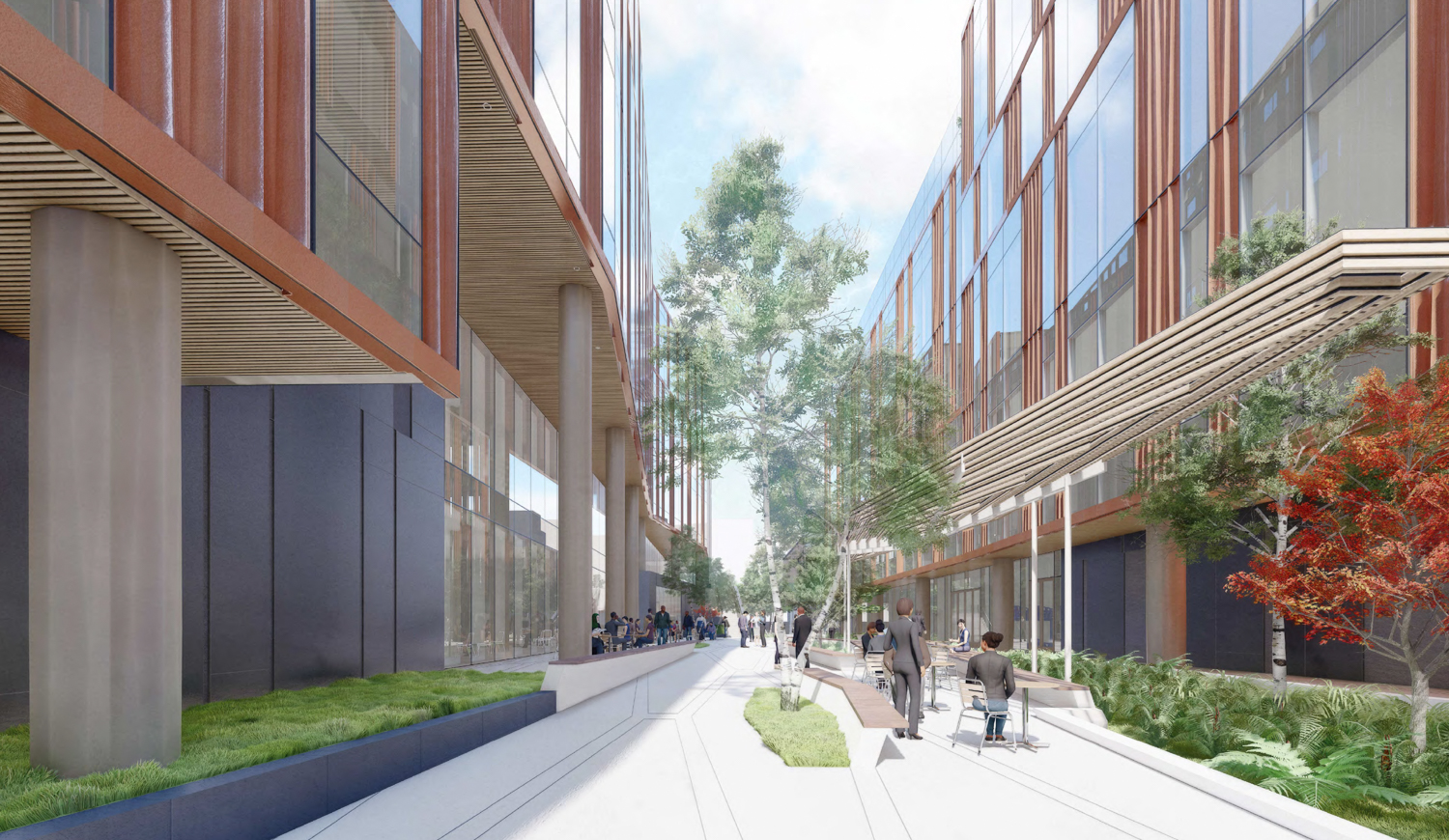 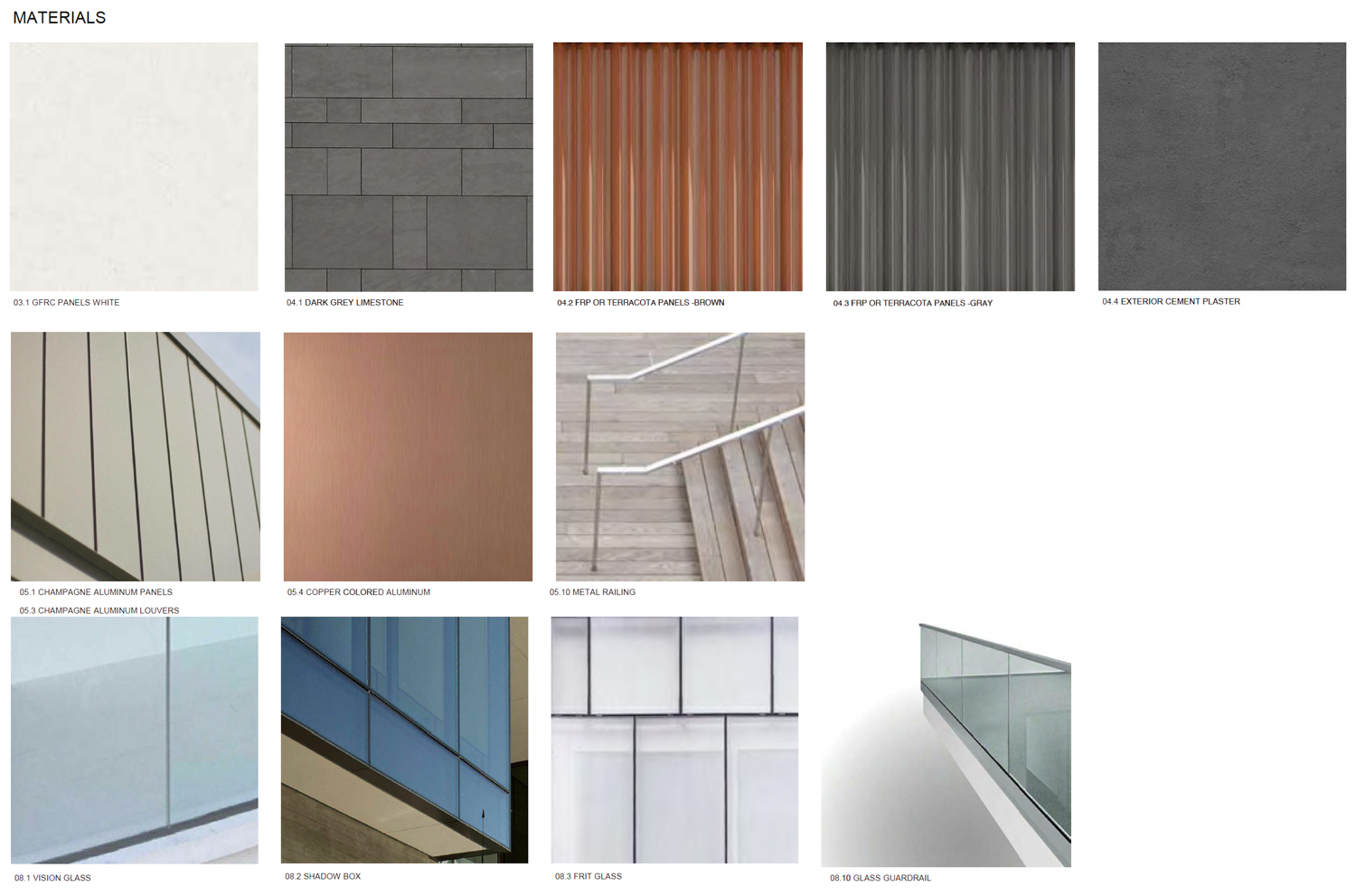 Each office building will rise six floors, with generous ceiling heights pushing the rooftop to be 100 feet above grade. Each design will be of a similar style with curtain wall skin and terra cotta, though distinguished by color palettes and materials used, particularly the earthen-toned facade of Building Two. 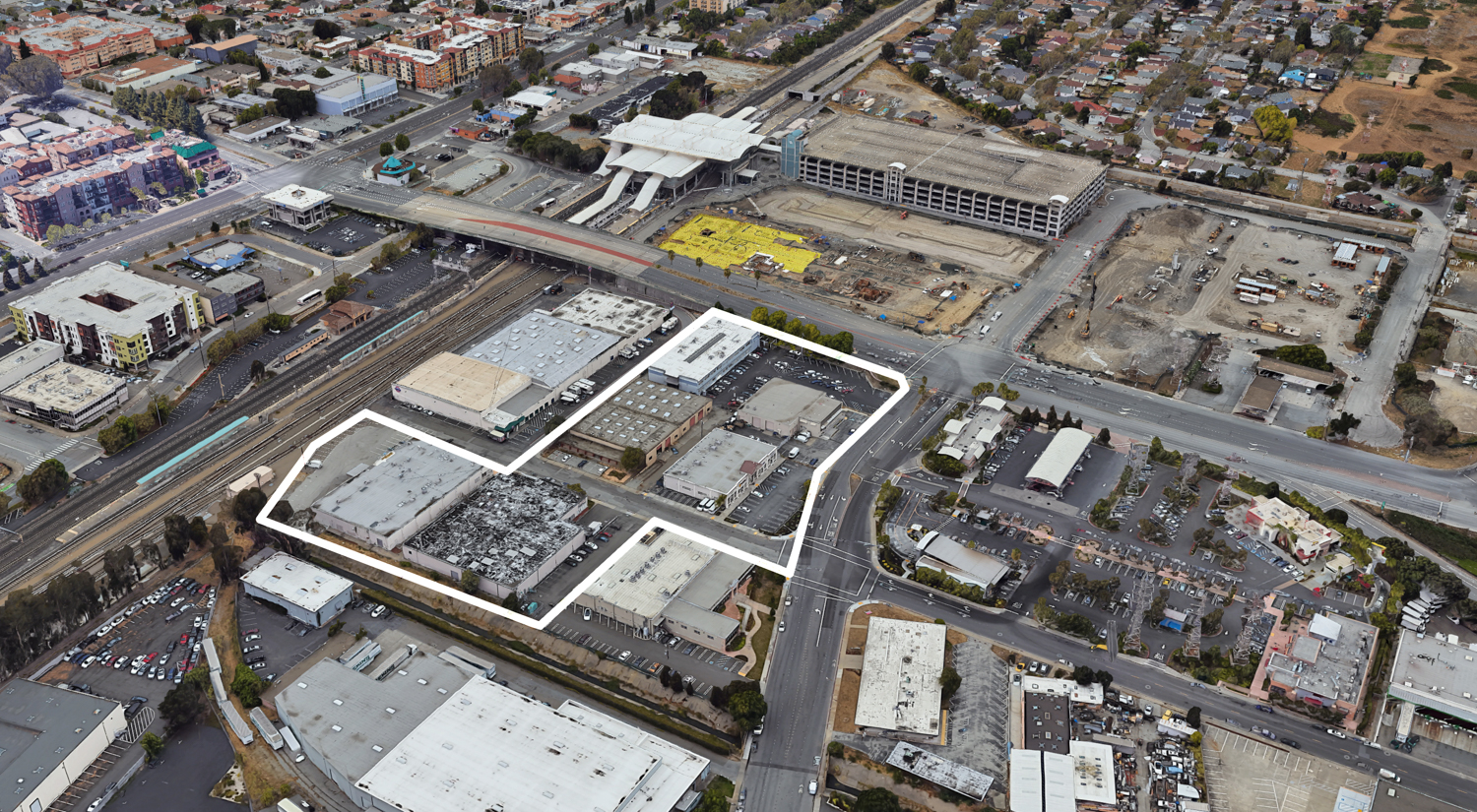 The new life sciences campus will replace six existing low-slung commercial buildings and surface parking built between 1955 and 1963. The 4.7-acre property is situated between Highway 101 and El Camino Real and is across from the Millbrae station, service by BART and Caltrain. 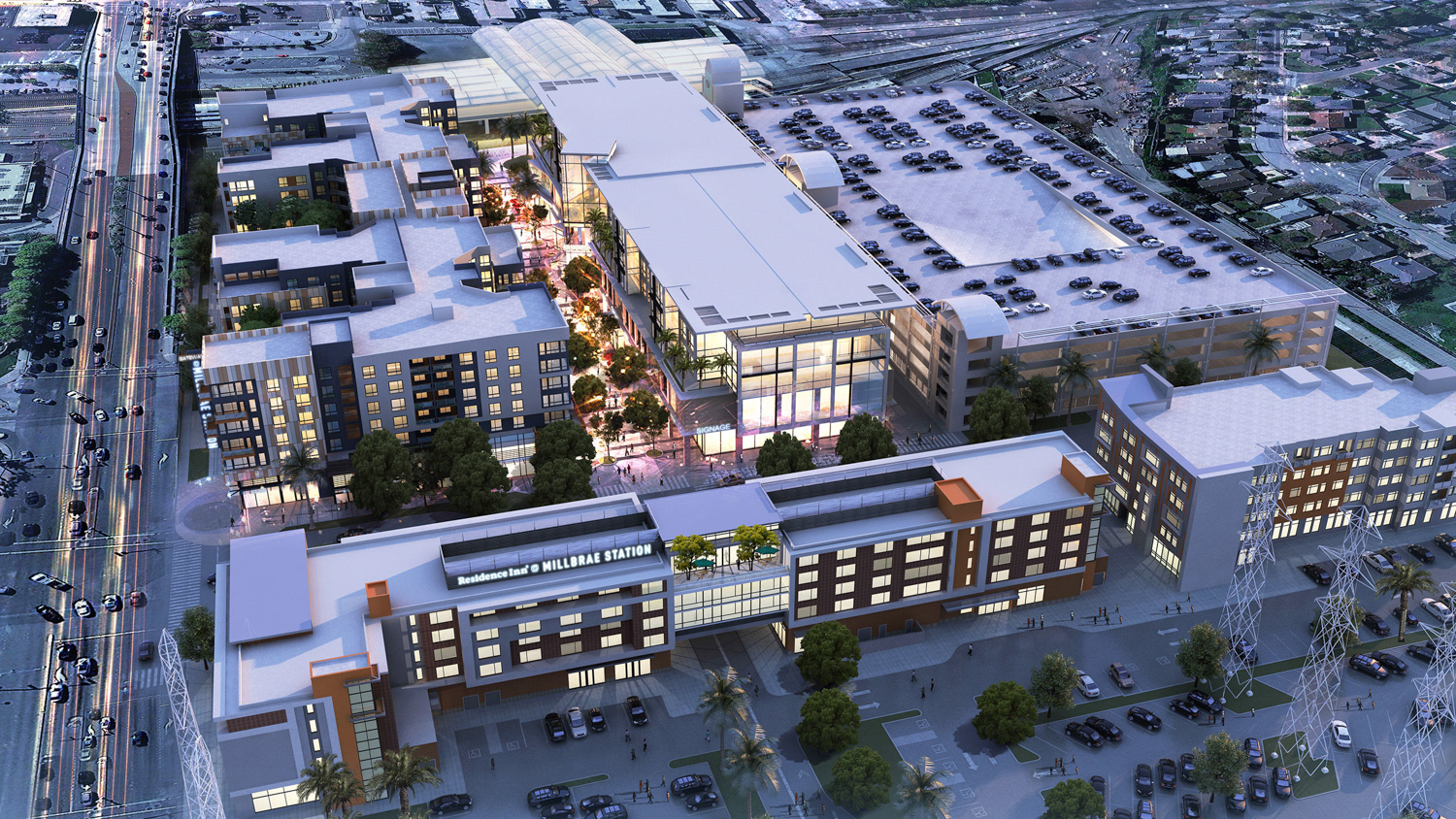 That transit station is also in a state of evolution, as construction is wrapping up on The Millbrae Station Development. Led by Republic Urban Properties, the over $400 million project is creating 320 market-rate homes, 80 low-income homes, a 164-room hotel, 150,000 square feet of office space, and 45,000 square feet of retail, all beside the regional hub.

Alexandria is responsible for approximately nine million square feet across the Bay Area, focusing on biotech and providing office space. As one of the nation’s largest biotech developers, the company is responsible for nearly 50 million square feet. Facebook is the third-largest among its tenants nationally, Moderna is the seventh-largest, Uber is the ninth-largest, and Roche is the tenth largest.

Construction is expected to take 42 months from groundbreaking to completion. If approval can be achieved quickly, the development could open as early as 2026.