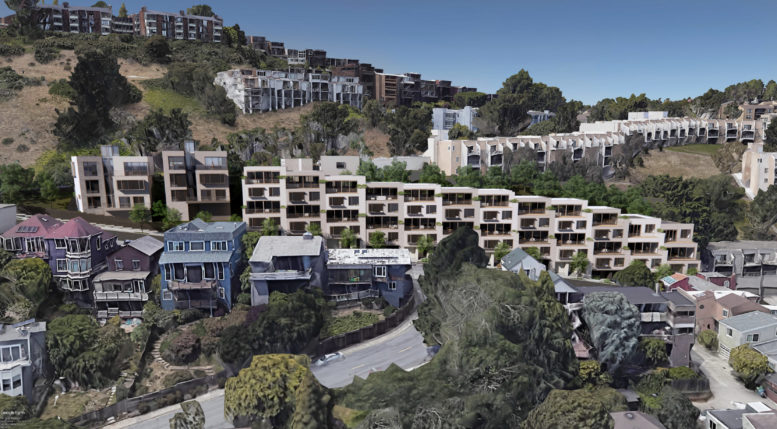 Updated plans have been filed, showing continued work behind the scenes for the proposed residential development at 1900 Diamond Street, or ​​5367 Diamond Heights Boulevard in San Francisco’s Diamond Heights neighborhood. The project team is aiming to build 24 residential units across the vacant 0.8-acres of land. Solomon Cordwell Buenz is responsible for the design. 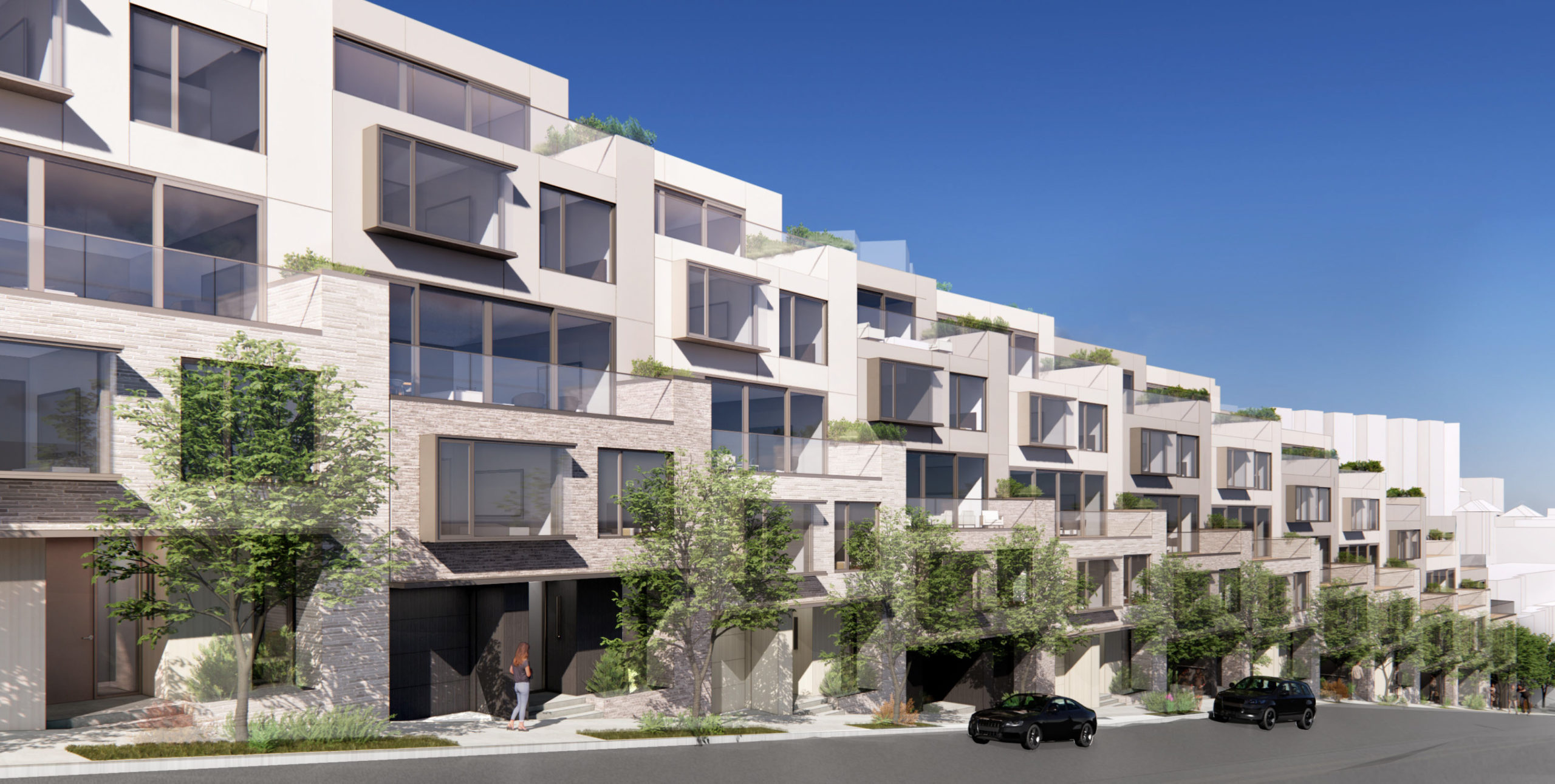 The proposal is to build 24 units, with 20 townhomes and four single-family houses all rising to the 40-foot height limit. Units will be sold for ownership, with prices not yet established. Parking will be included for 32 vehicles. 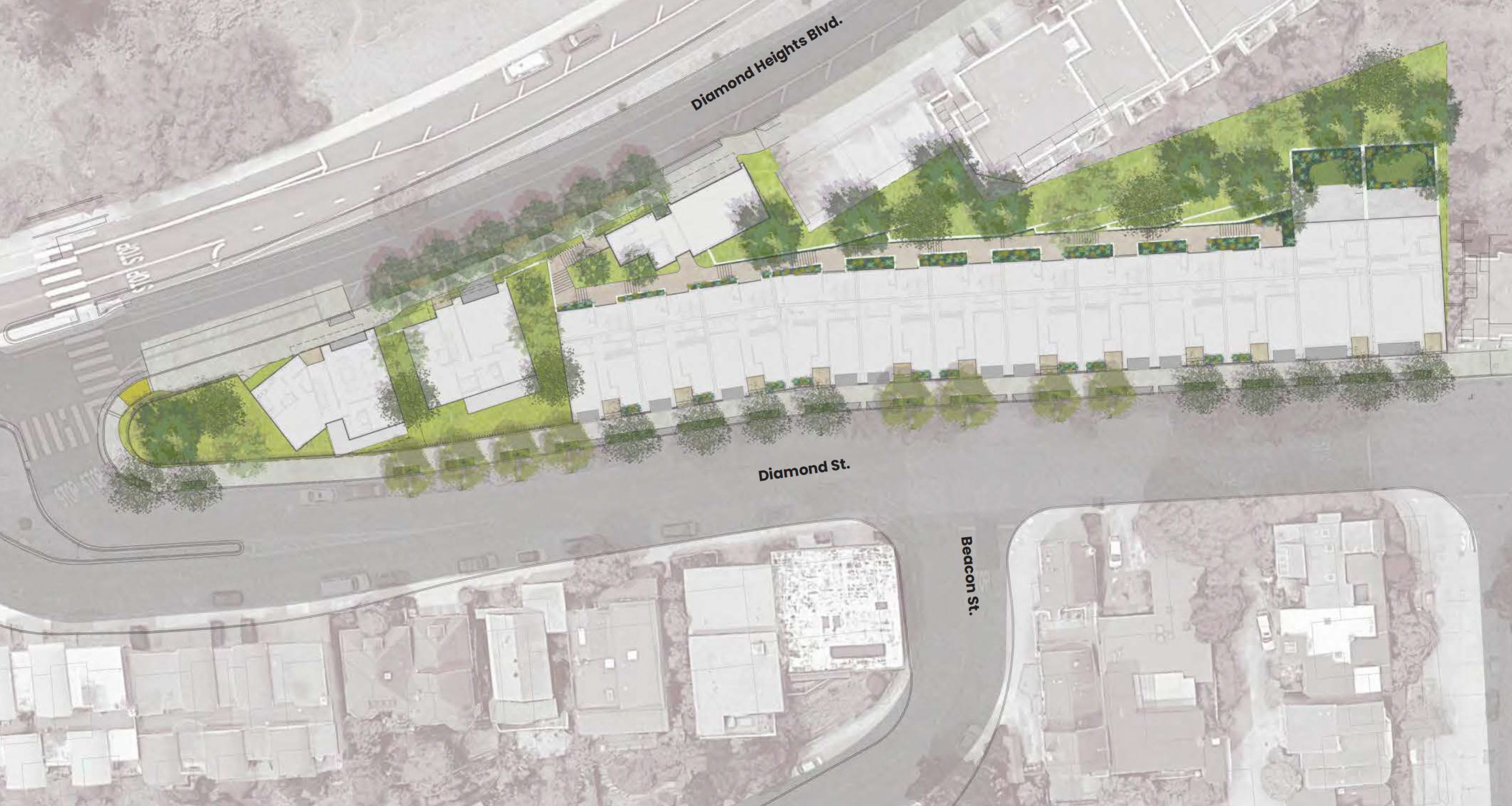 Solomon Cordwell Buenz is the project architect. The overall aesthetic aims to complement the existing architectural context. The rowhouses will prominently feature curtain-wall glass and terraces between the solid walls. Each unit is slightly stepped, conforming to the rolling hill. 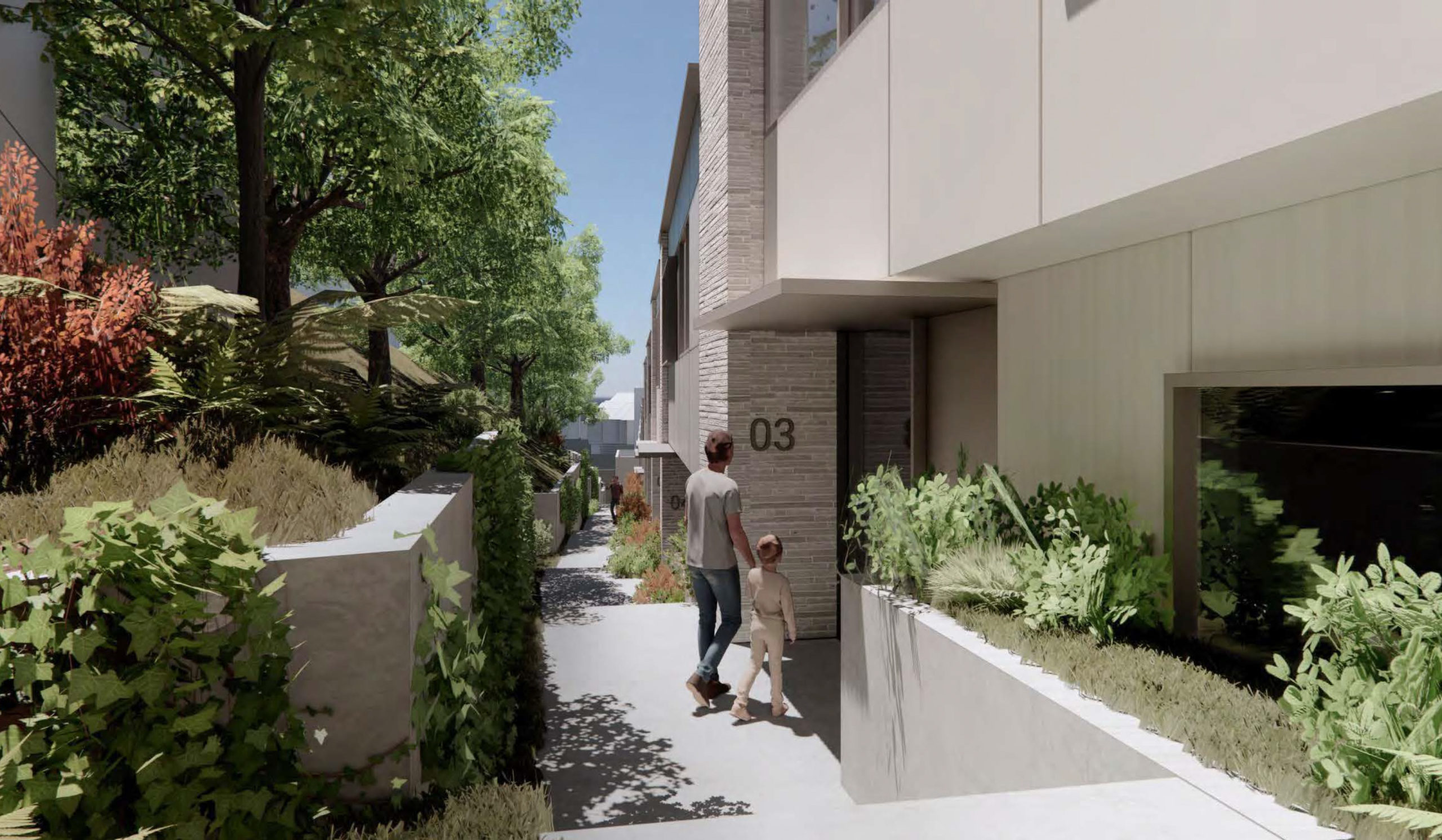 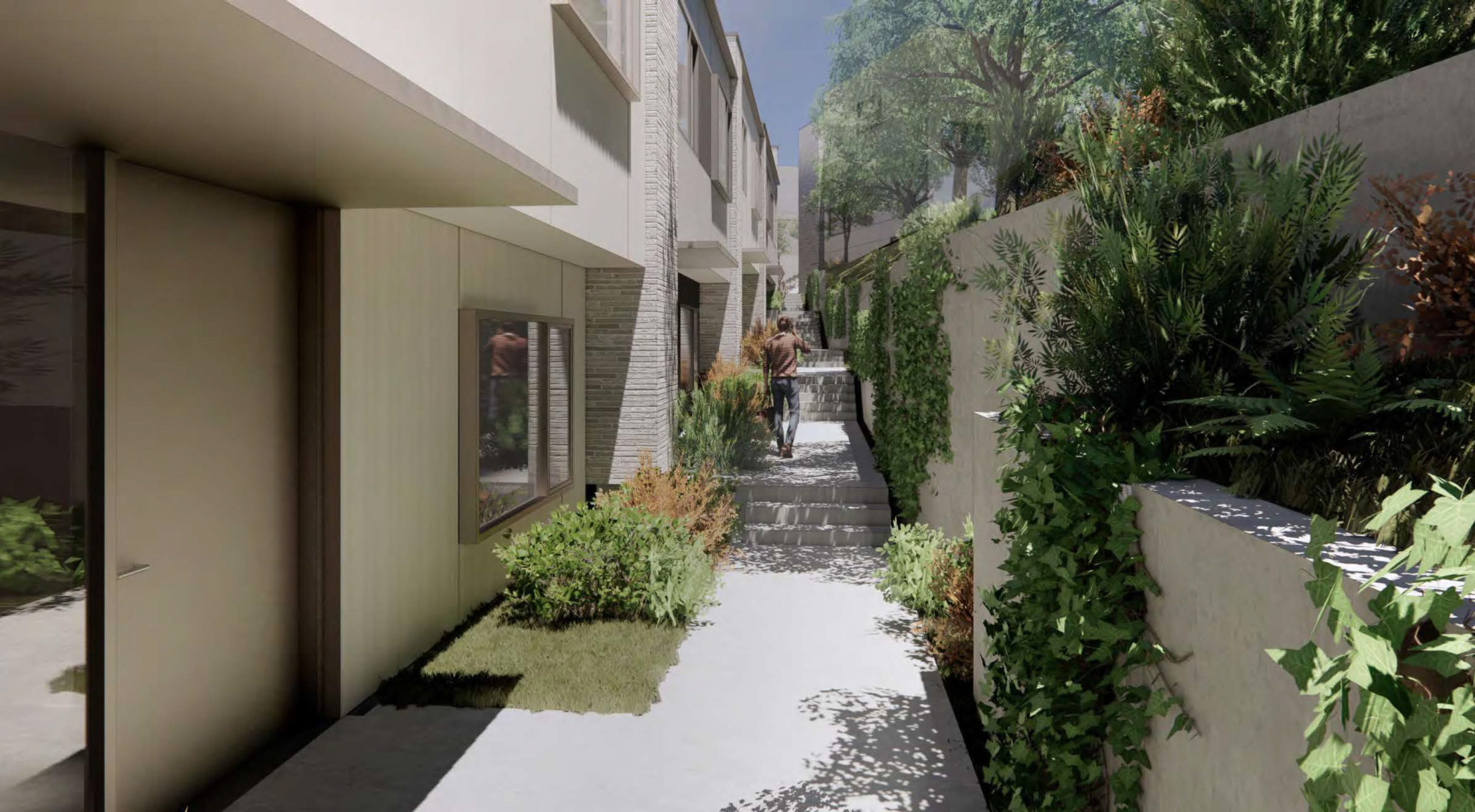 Plural Landscape Architects is responsible for landscape architecture. The project site features a landscaped paseo moving in the block’s interior, offering direct access to pedestrian entrances for each unit. The area will be shaded with various trees, including Little Gem Magnolias, Water Gum trees, Primrose, Torulosa Junipers, Bigleaf Maples, and Coast Live Oaks. The rest of the ground will be covered with various plants native to San Francisco or California.

BKF Engineers will be consulting as well. 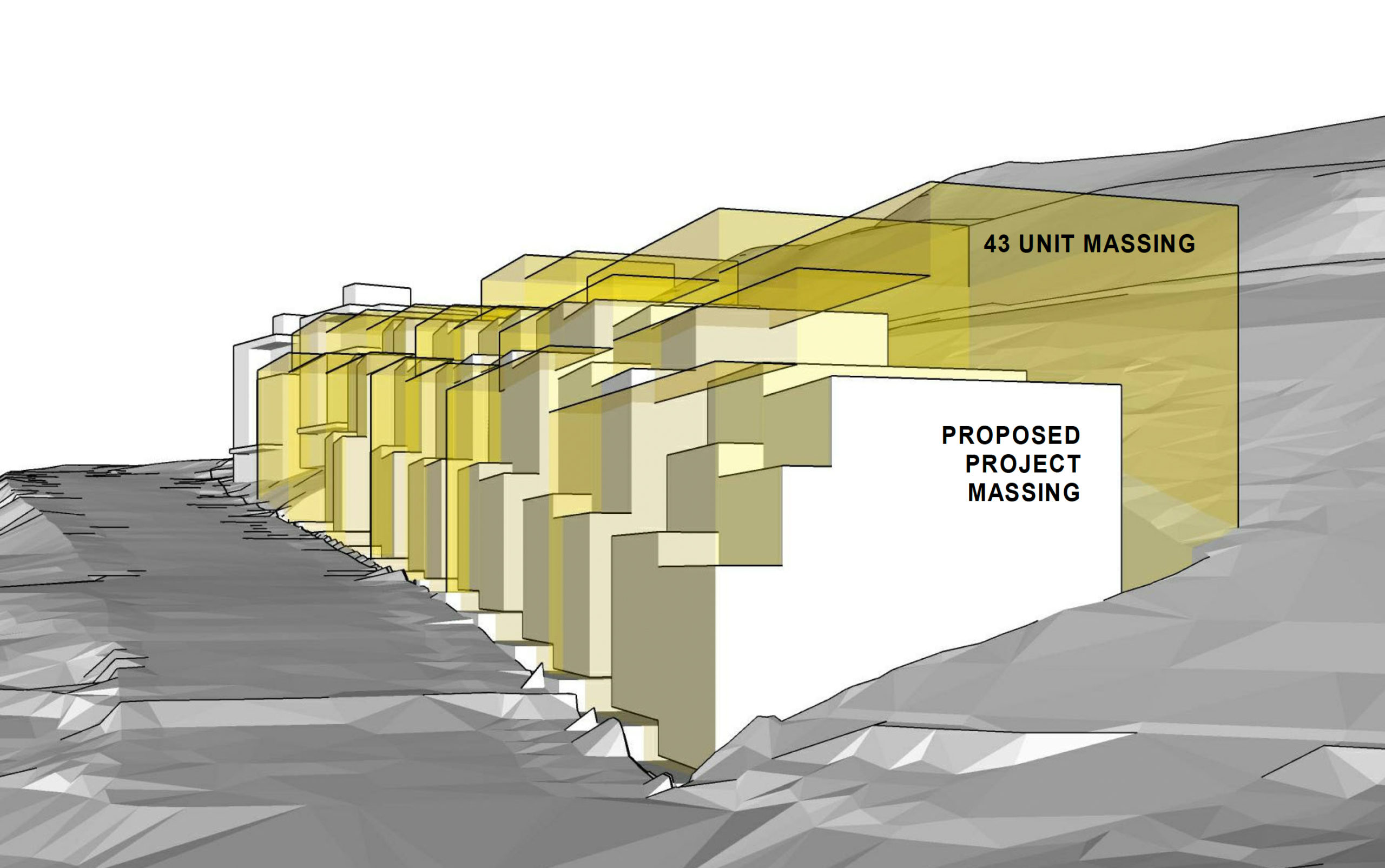 The Preliminary Project Assessment for 1900 Diamond Street was published in June of 2020. Within the PPA, city staff wrote that “the Department estimates that roughly 43 units could be reasonably provided on the site under the base zoning… The applicant is strongly encouraged to increase the residential density of the project before submitting a Project Application, in accordance with the policies below.” 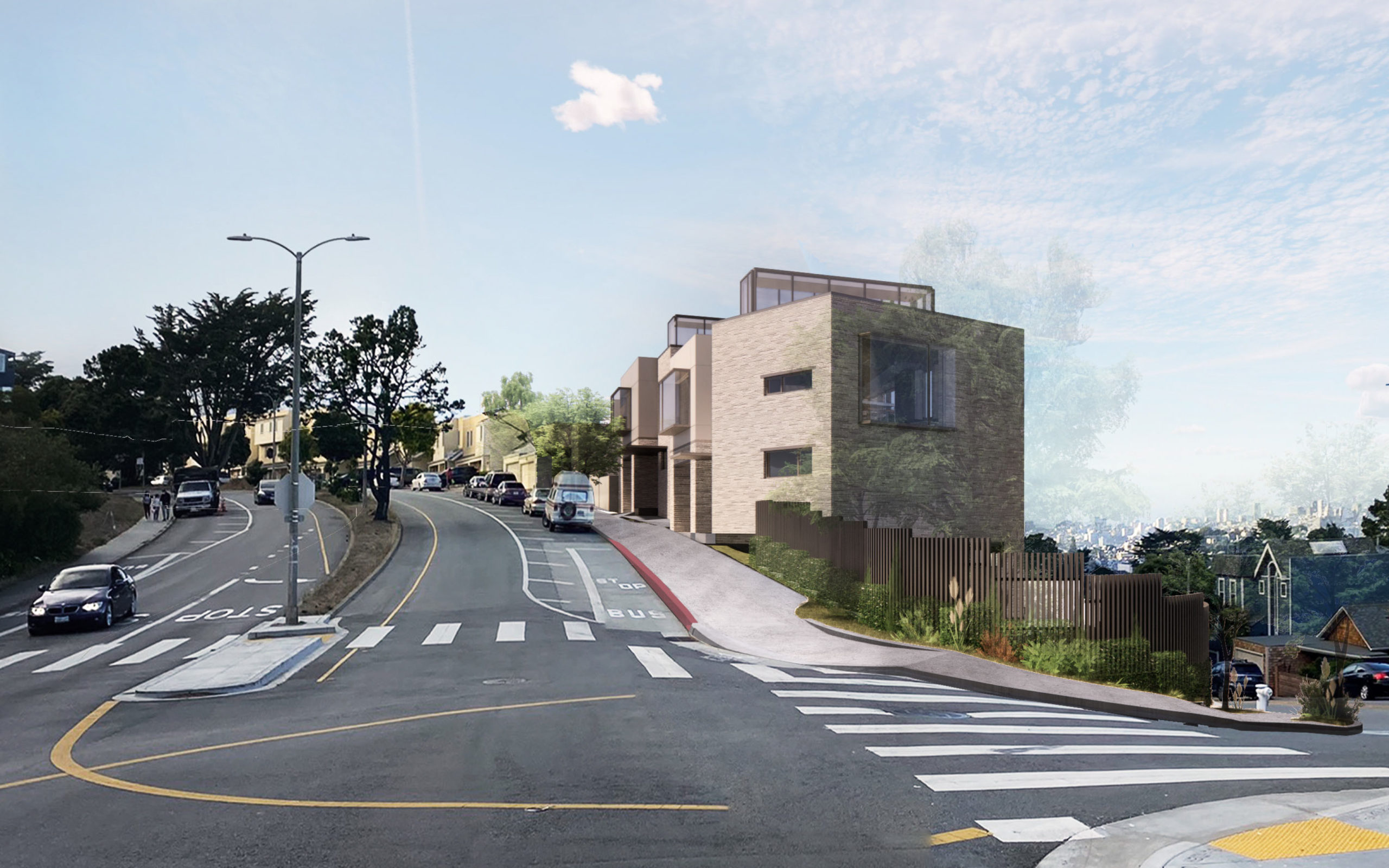 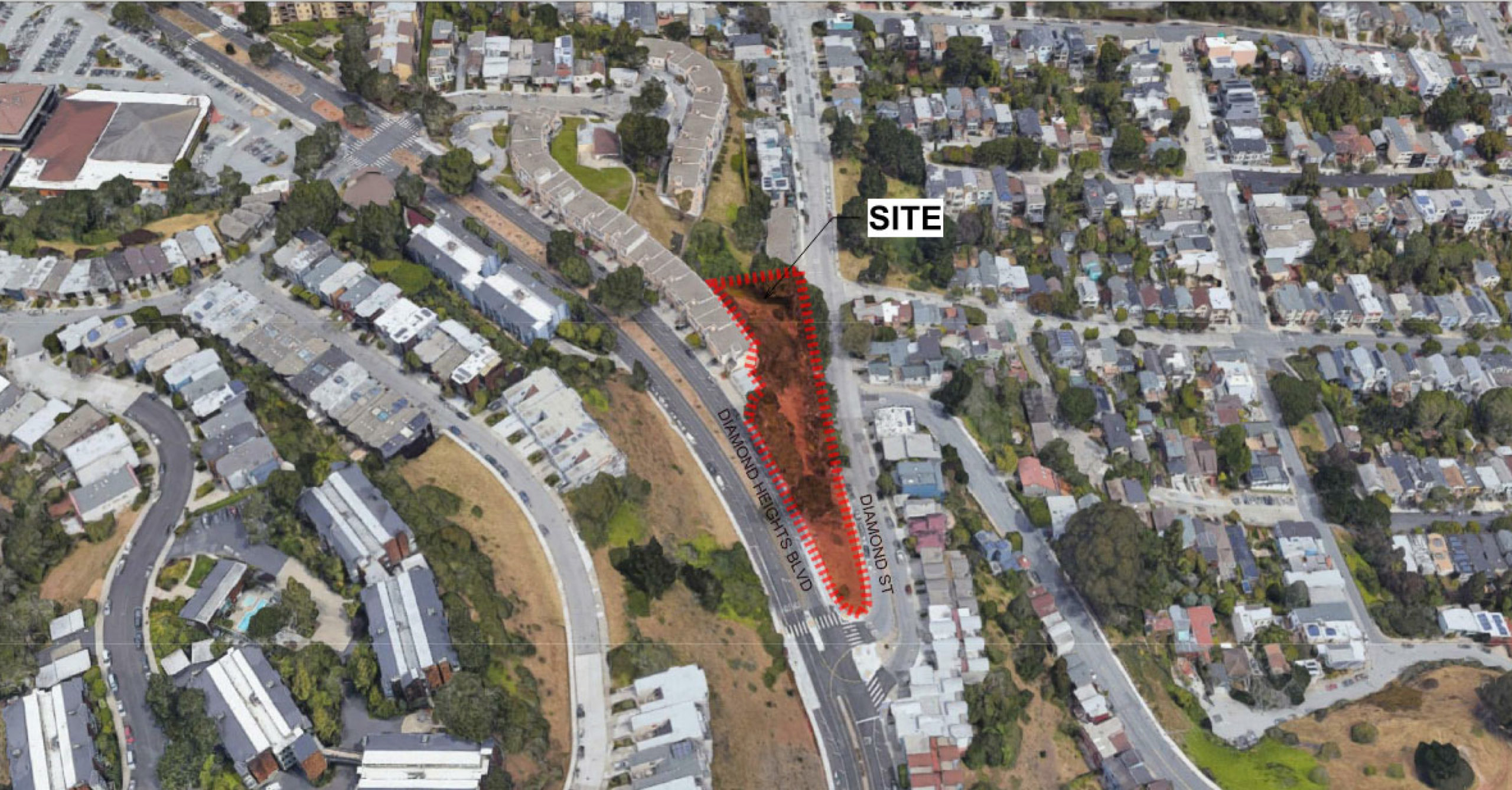 However, Emerald Fund has remained steadfast with its plan for 24 family-sized units. In response to city staff, the developer consider the increased project before concluding, “that such a larger multifamily project with smaller units would be infeasible to develop given the inefficiency created by the steep slope of the site…”

According to city records, the property was sold in December of 2000 for $8.75 million. Construction is expected to cost around $18 million, though this estimate is not inclusive of all development costs.