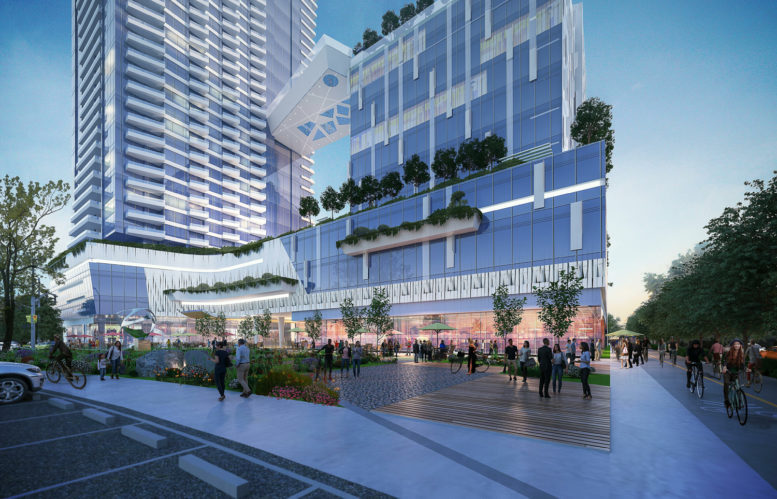 Filed in 2018, plans by Onni Group and IBI Group proposed a 638-foot tall apartment tower and a 16-story office building that would launch Emeryville, a dense city between Berkeley and Oakland, into the Bay Area’s skyline. Eventually, plans for the tower were withdrawn in 2020. Now, a new developer expects to build at 5801-5861 Christie Avenue, but with a significantly reduced profile. 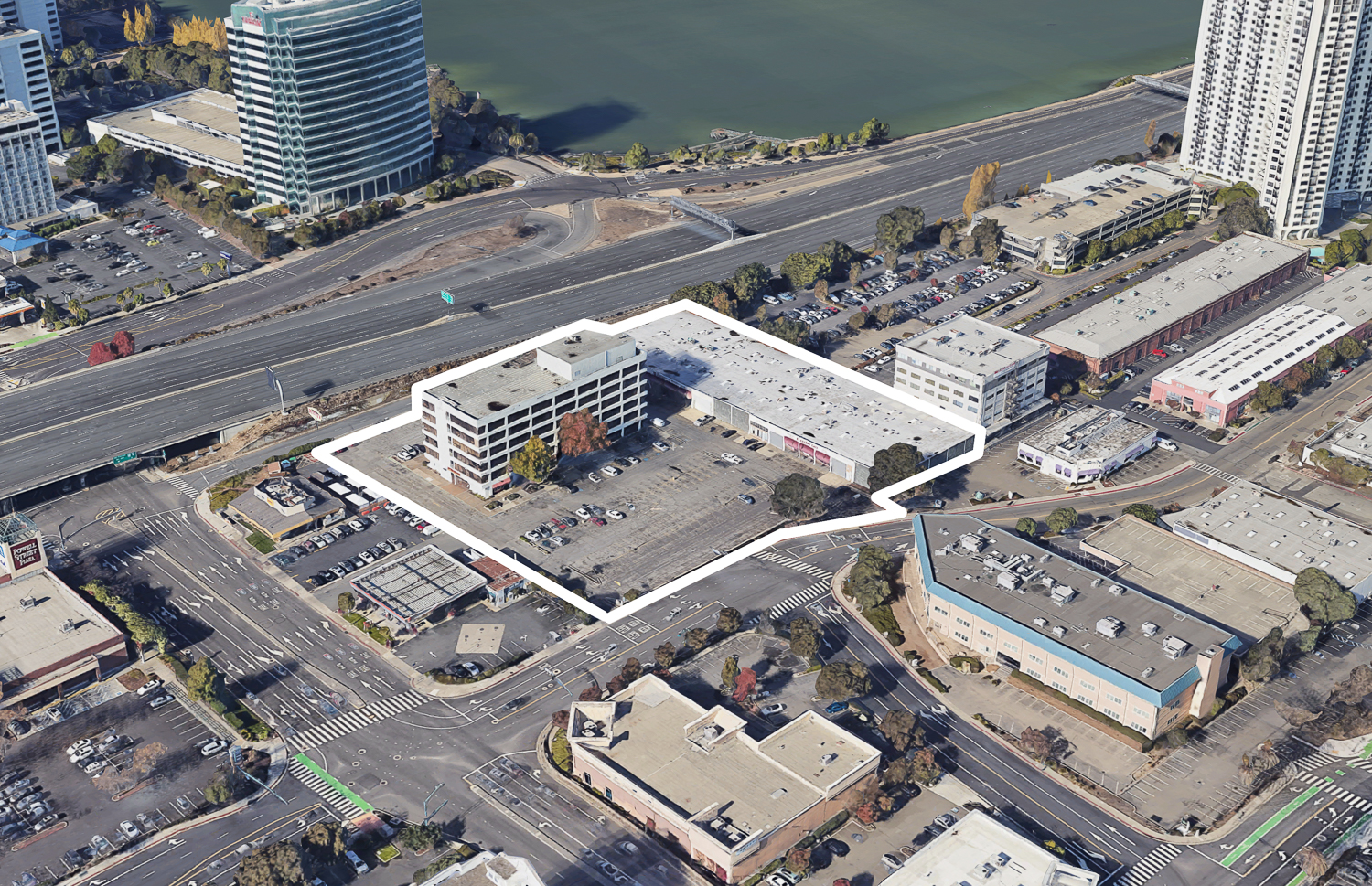 By the Summer of 2020, Onni Group’s application expired. Oxford Properties purchased the property in August of 2021 for $31 million. At the time, Oxford told Sarah Klearman of the San Francisco Business times that there were no plans for the site. Now, such plans exist.

A study session has been scheduled for January 27th, starting at 6:30 PM. The plans in review will build a 123-foot tall residential building with 98 new homes, a 230-foot commercial tower spanning 464,000 square feet and 13 floors, and a 100-foot tall parking garage with the capacity for 748 vehicles. Accompanying the structures will be a half-acre public park, fronting Christie Avenue.

All existing buildings on the 3.76-acre property will be demolished.

Information about the City of Emeryville Planning Commission meeting and how to participate can be found here. The public event starts on Thursday, January 27th at 6:30 PM. The study session for the Christie Avenue mixed-use project is item 9.3. 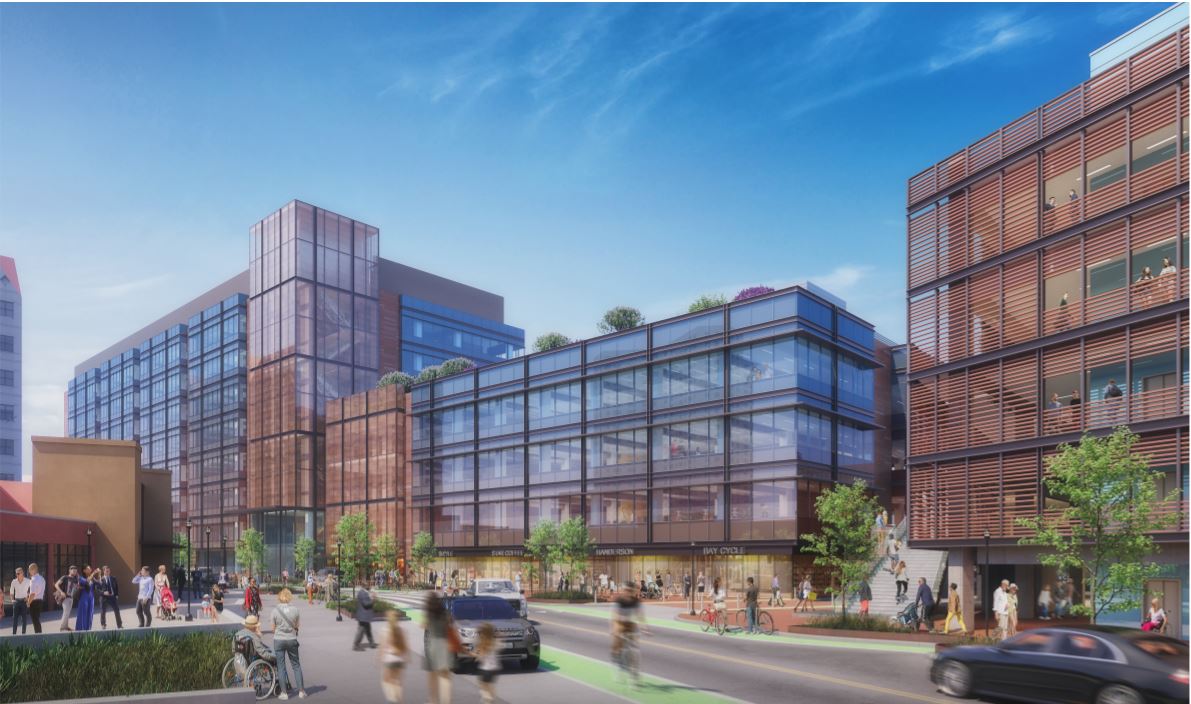 In January of 2021, Oxford purchased Emeryville Public Market with City Center Realty Partners for $120 million. Emeryville Public Market, located at 5959 Shellmound Street, is less than half a mile away from the proposed tower site. The sale includes, according to Oxford, “36,000 square feet of ground floor first generation lab space, the popular food hall, and approximately 60,000 square feet of current office and retail space identified for conversion to lab space. The deal also features land parcels that have the potential to be developed to add new purpose-built lab product in a market that currently features almost zero availability for lab space.”

While plans for the Onni Group tower are defunct, we never got a chance to write about it for SFYIMBY. Plans were already withdrawn when we launched in mid-September of 2020, and of course, it is not a part of the SFYIMBY Tallest of the Bay Area Countdown in 2021. So, we will take this opportunity to highlight what was once planned. 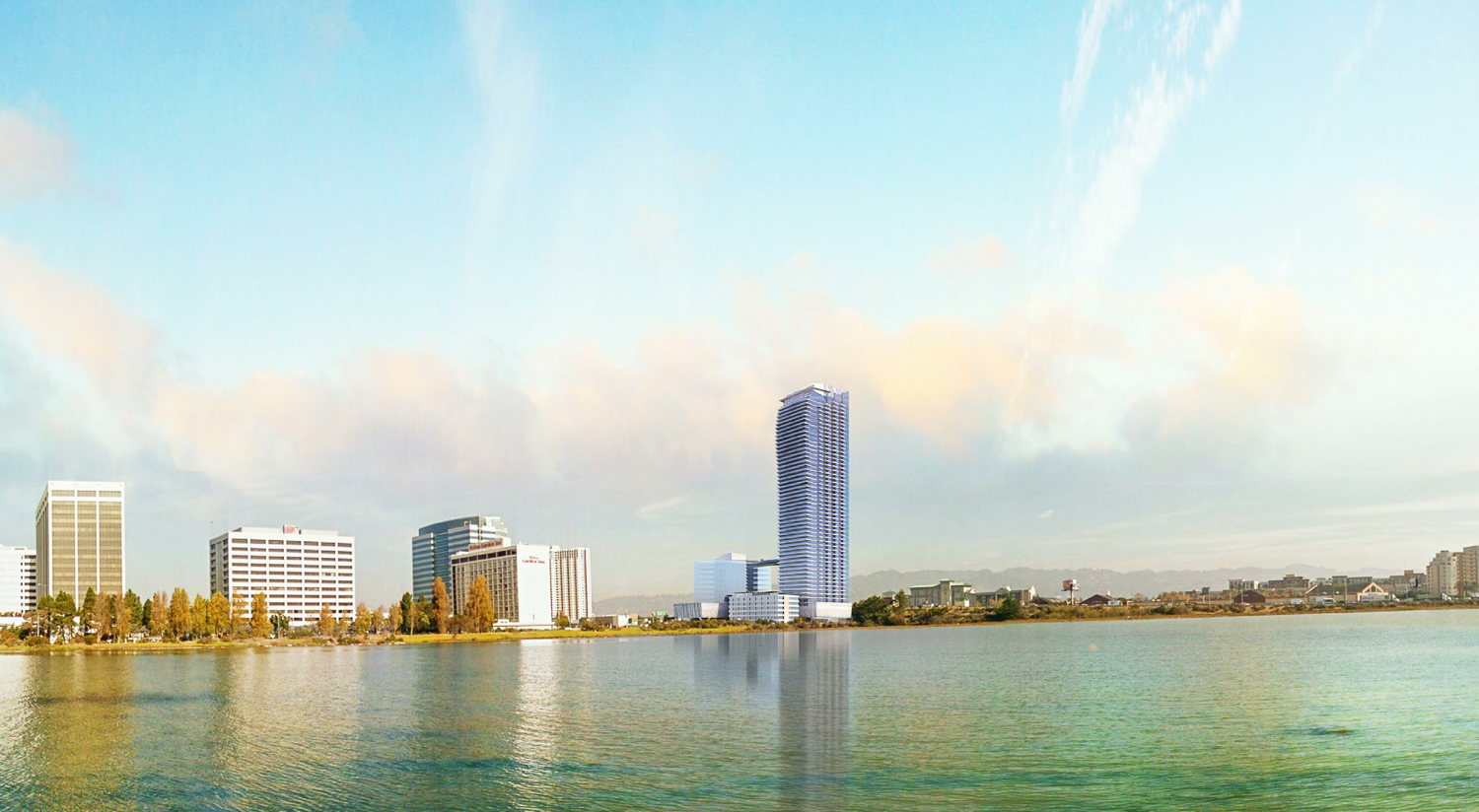 Withdrawn plans, 5801-5861 Christie Avenue seen from across the Bay, rendering by IBI Group 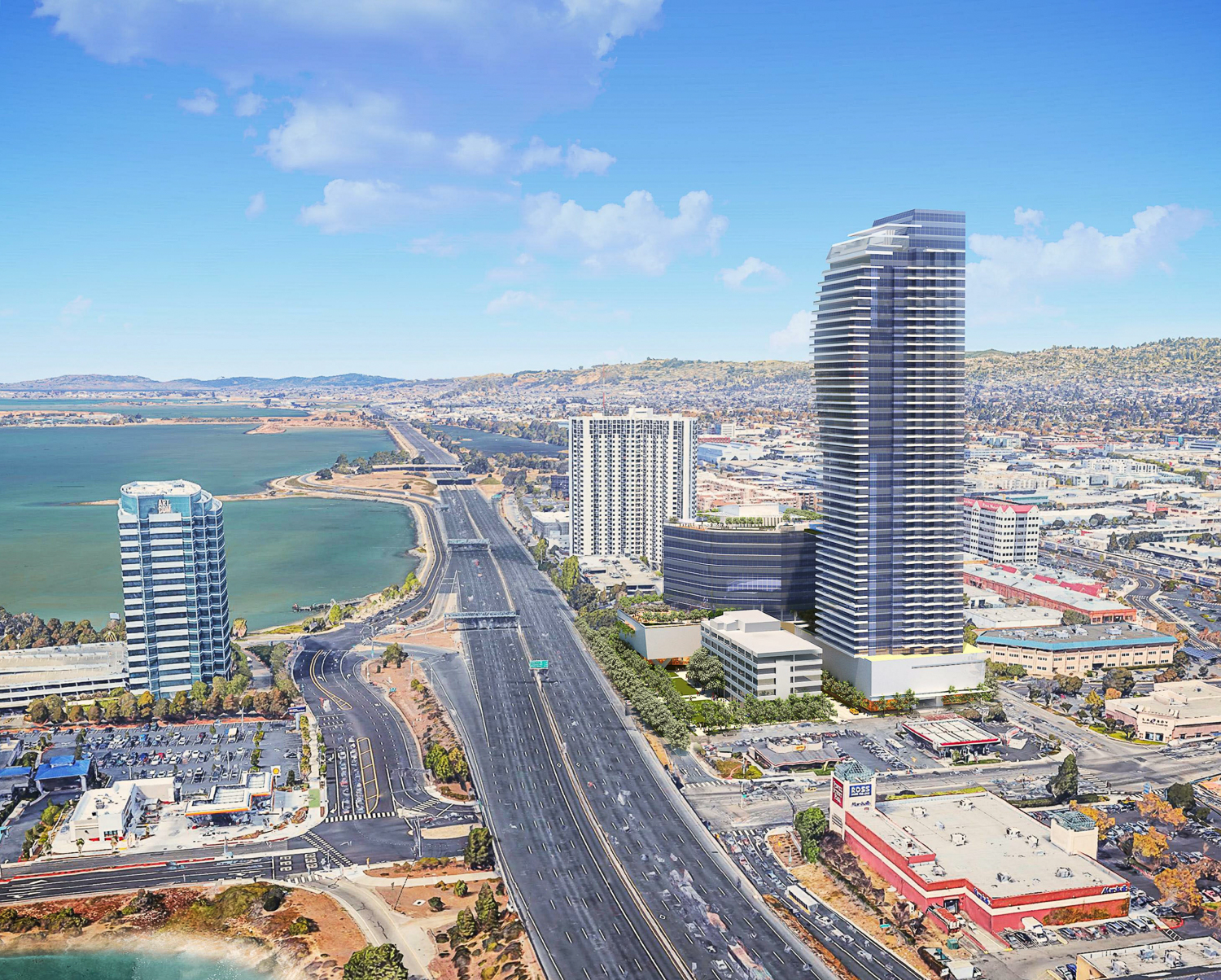 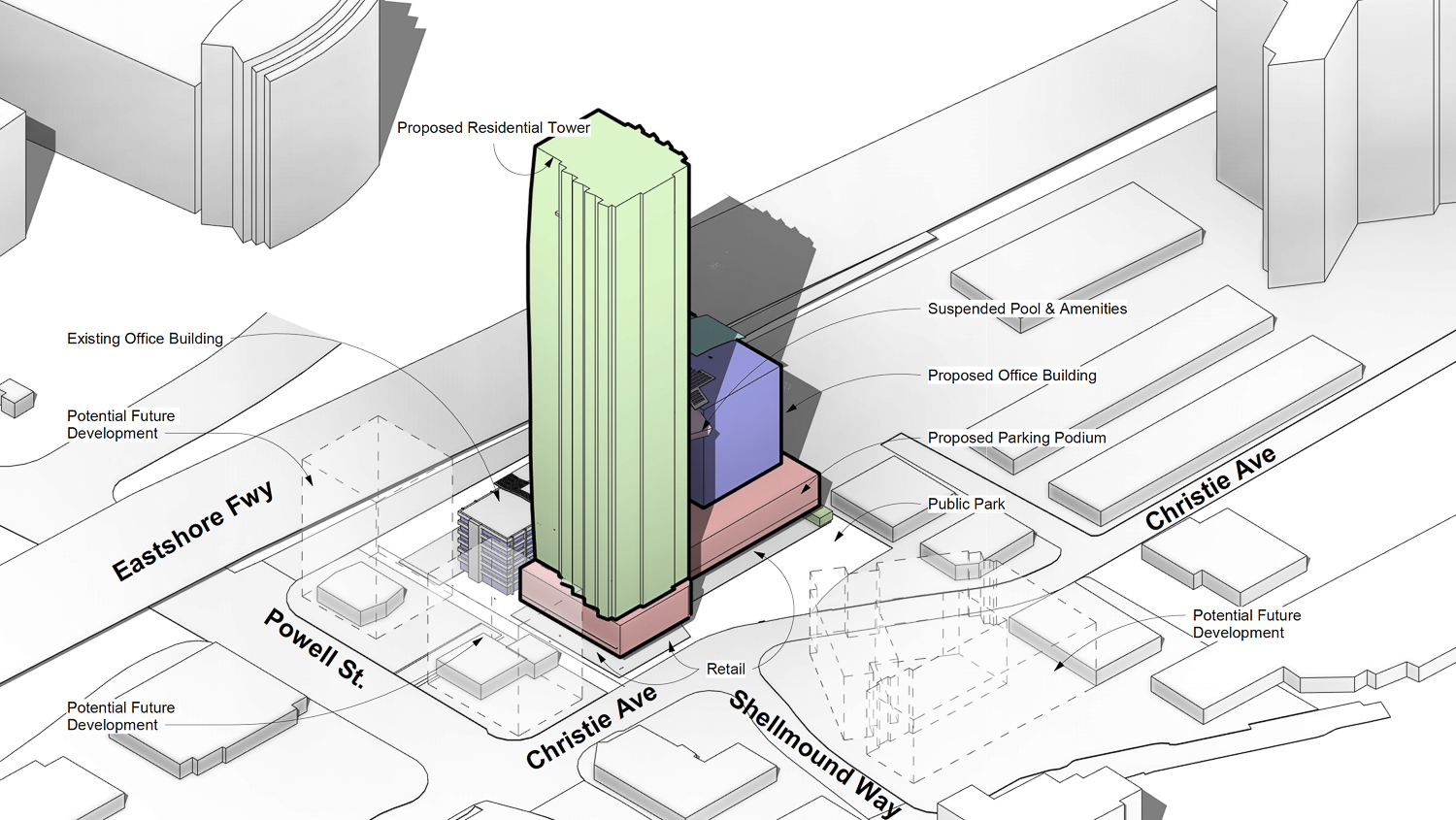 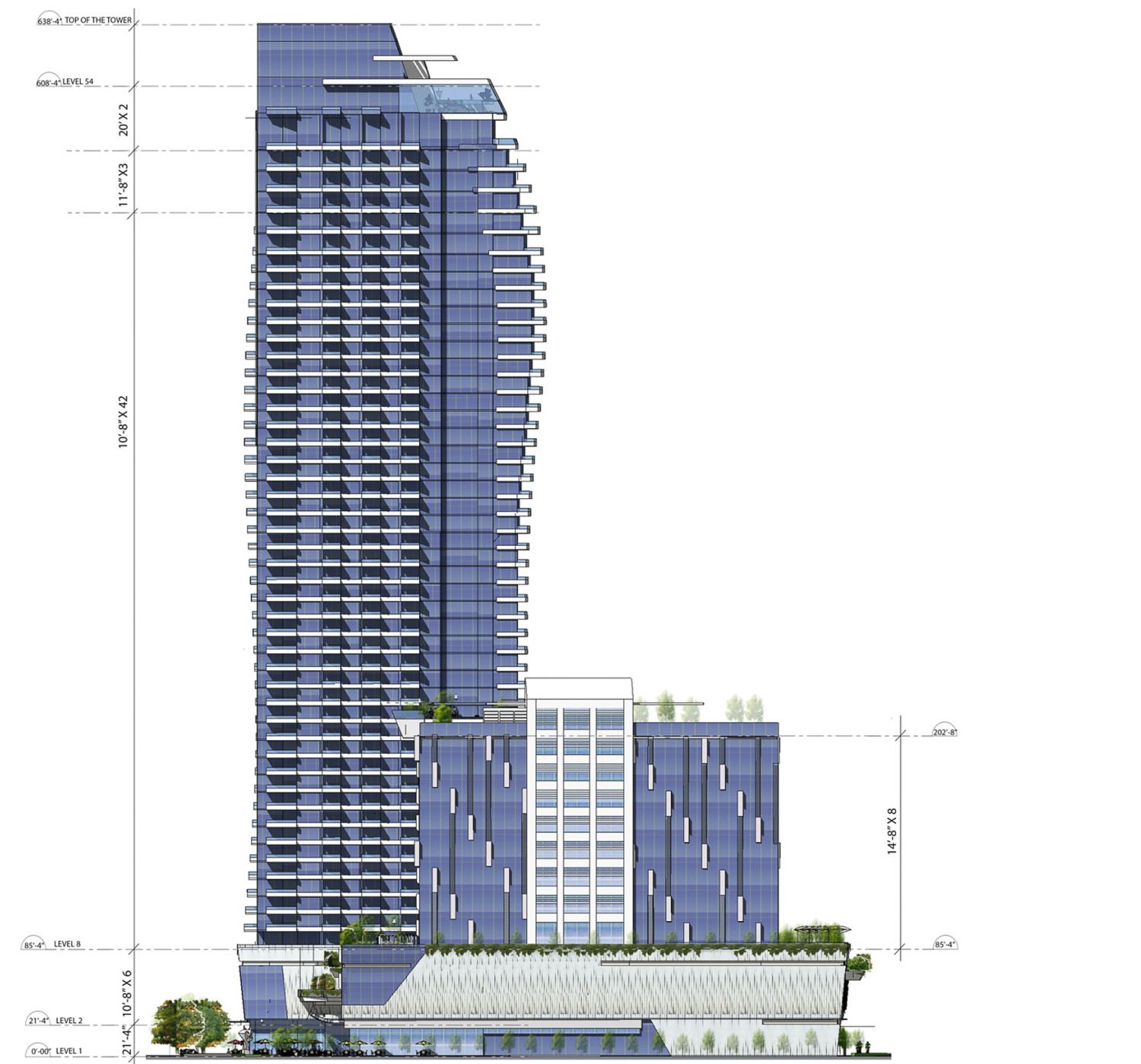 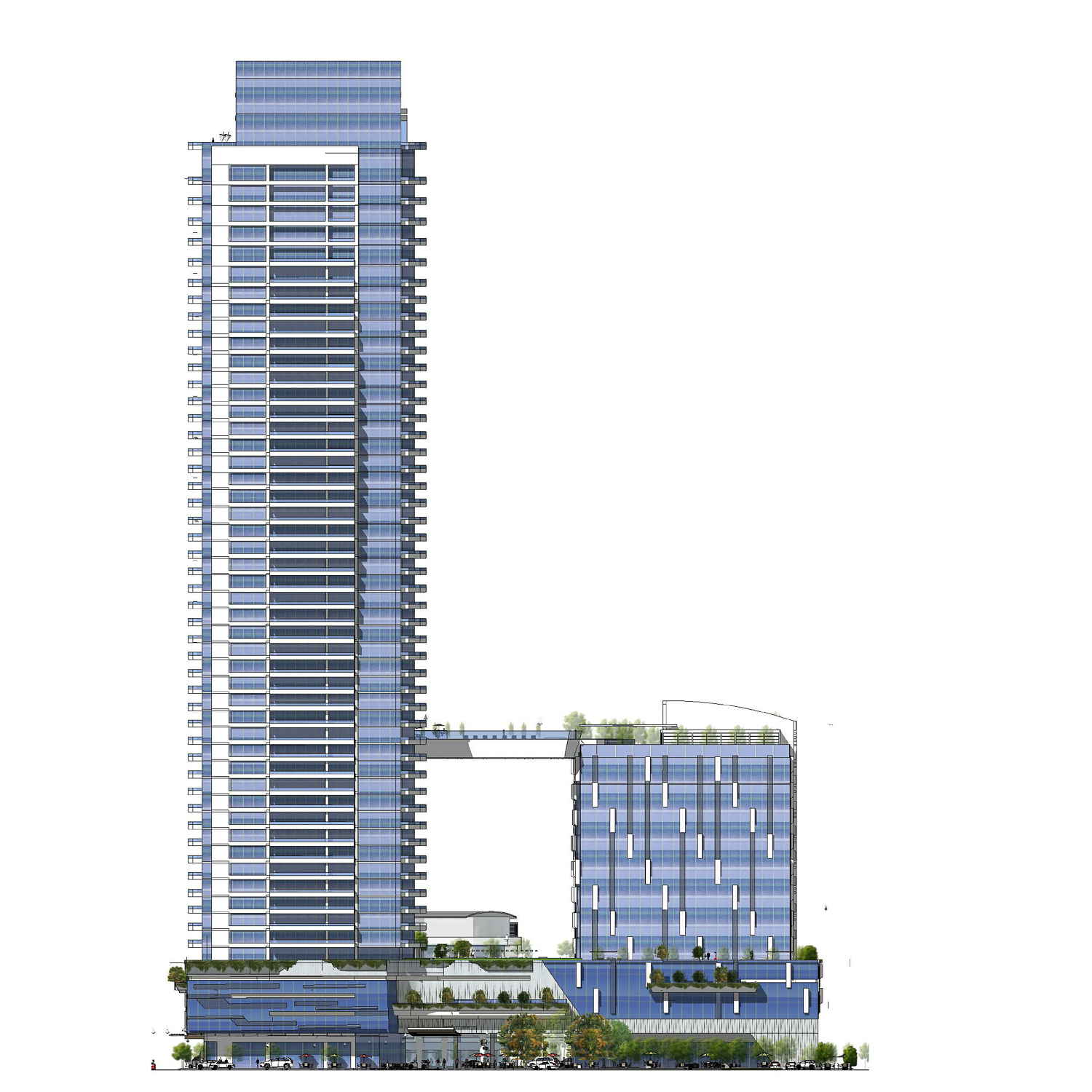 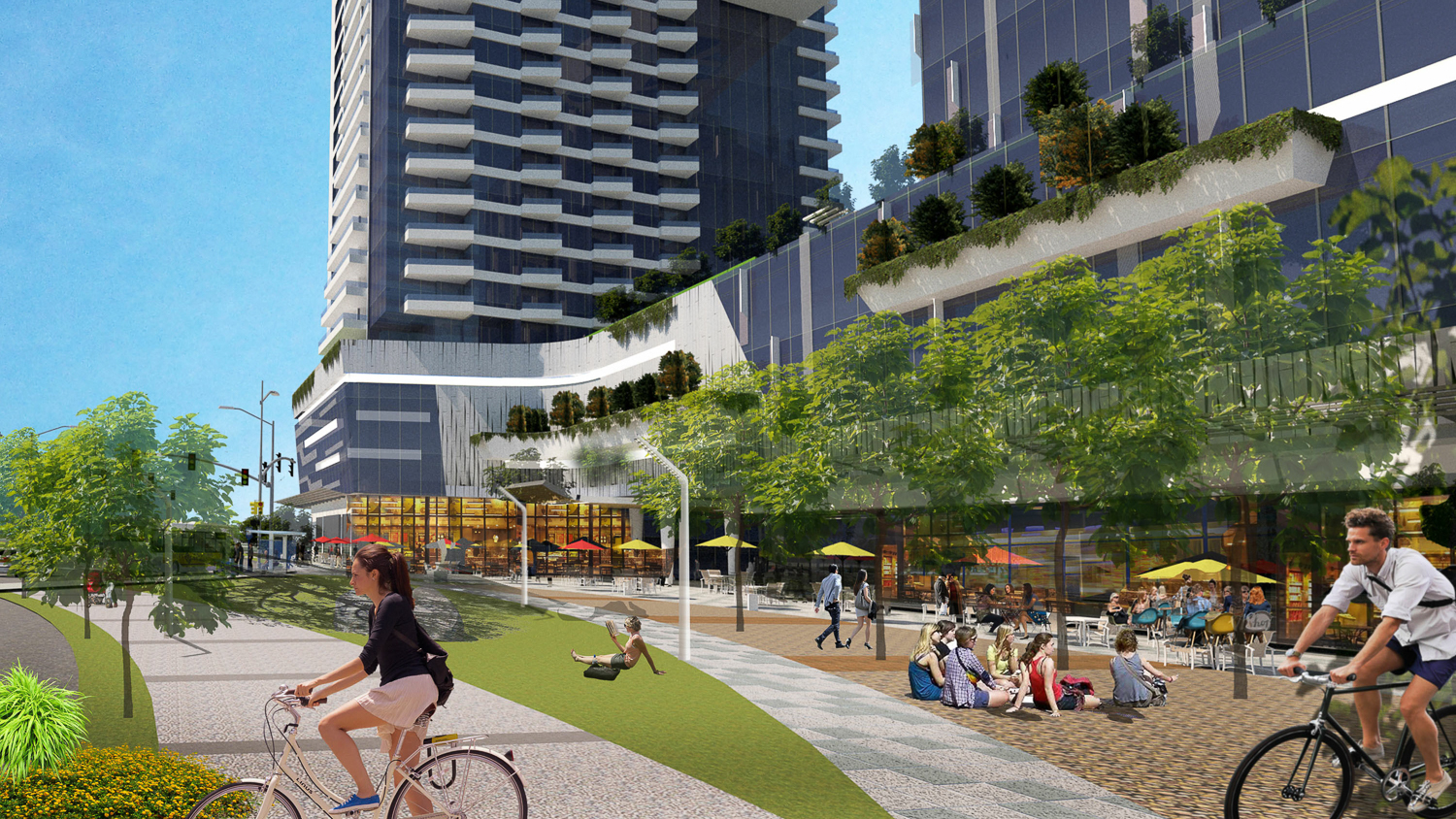 Onni Group is a Vancouver-based developer founded in 1965. The firm has invested in several properties across the United States, starting in 2010, and eventually becoming one of the largest developers in the Bay Area, according to The Real Deal. 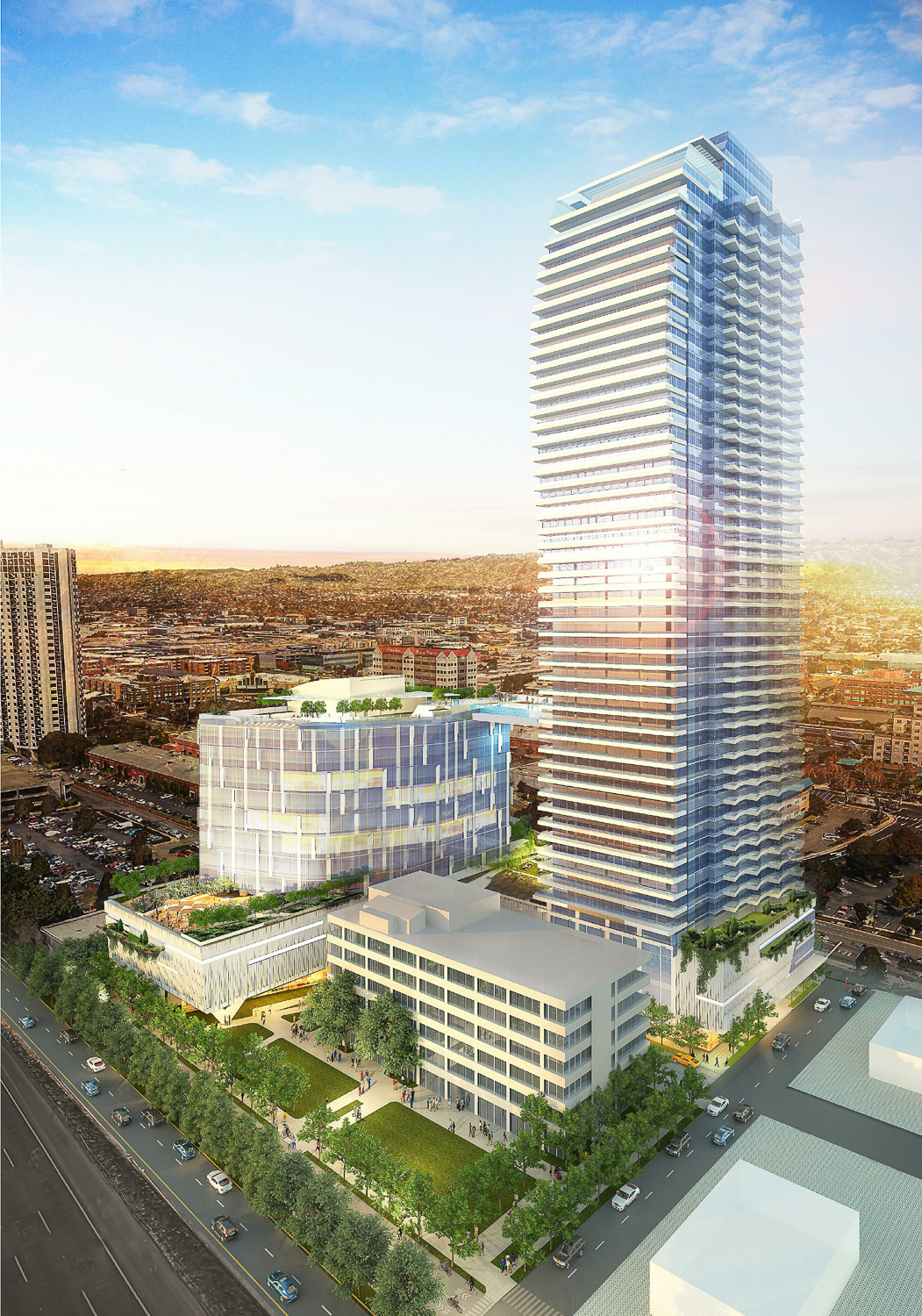 The design by IBI Group, though constrained by budget, was evoking waves, interplaying rhythm with the overall massing, the residential terraces, and fins along the office tower. As the firm wrote, “the architectural design takes its inspiration from the San Francisco Bay, taking a small step away from the convention box form of many of the industrial buildings in the area, the tower reflects a subtle wave form.” Inspiration shows a balance made between rational industrial buildings and organic geometric forms in towers across the world.