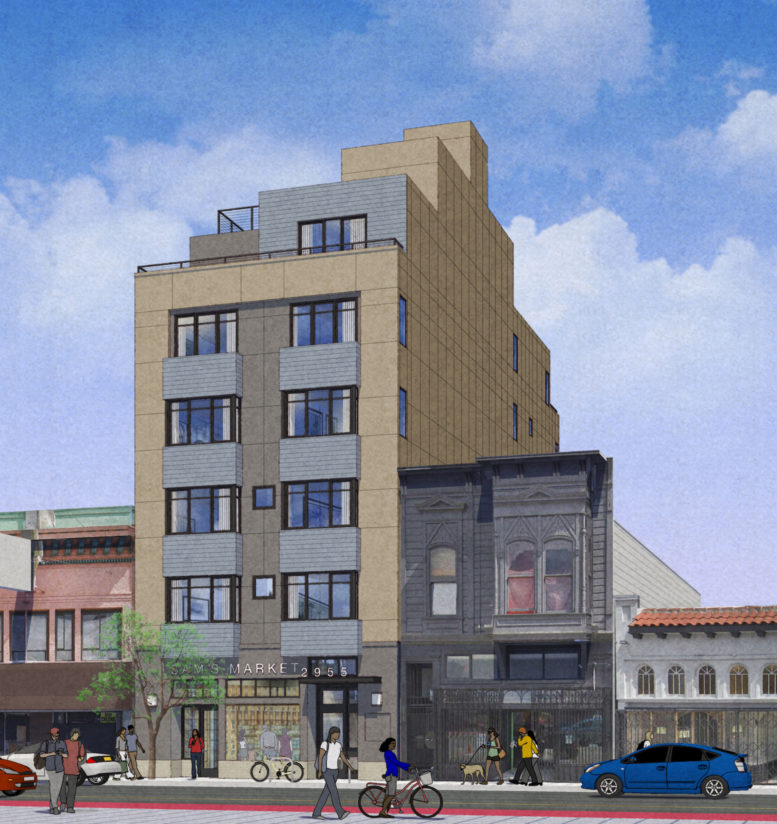 New renderings have been revealed for the six-story residential proposal at 2955 Mission Street in San Francisco’s Mission District. The development will create 18 new homes, including two as affordable housing. The project owner shared with SFYIMBY that “after almost 3 years of effort collaborating with city departments, we are getting closer to public hearings.”

Sternberg Benjamin Architects is responsible for the design, a Mission resident working through 2955 Mission Partners LLC is the property owner, and Luk & Associates will be the civil engineer. 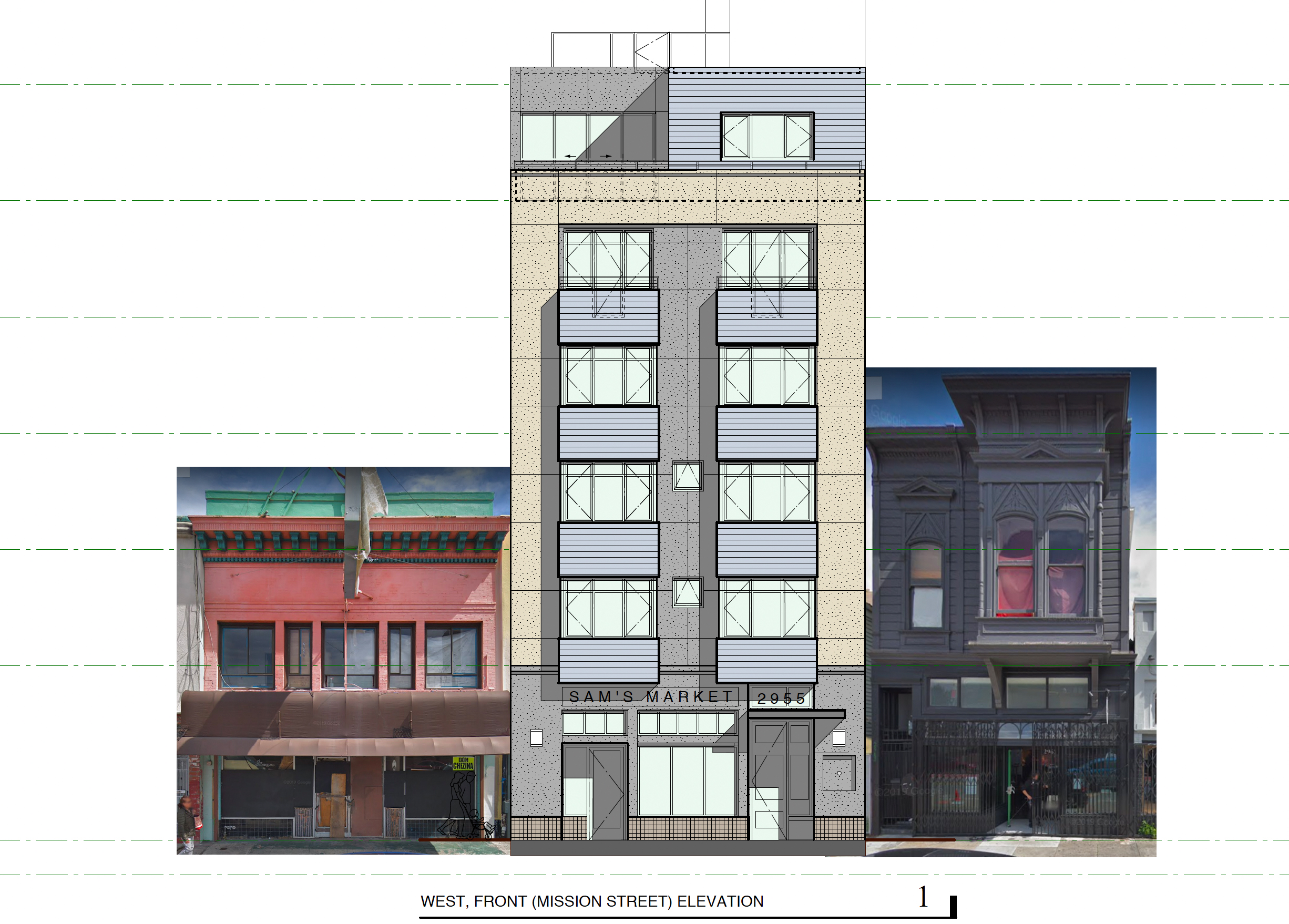 Facade materials will include wood siding or fiber cement panels and plaster. Bay windows will also be included along Mission Street, each a foot deep, in reference to the city’s architectural vernacular. According to the project overview, shared with SFYIMBY by the project owner, the architectural style “was guided by community and citywide planning documents including the Calle 24 Design Guidelines, The Mission Plan Area, and the San Francisco General Plan.” 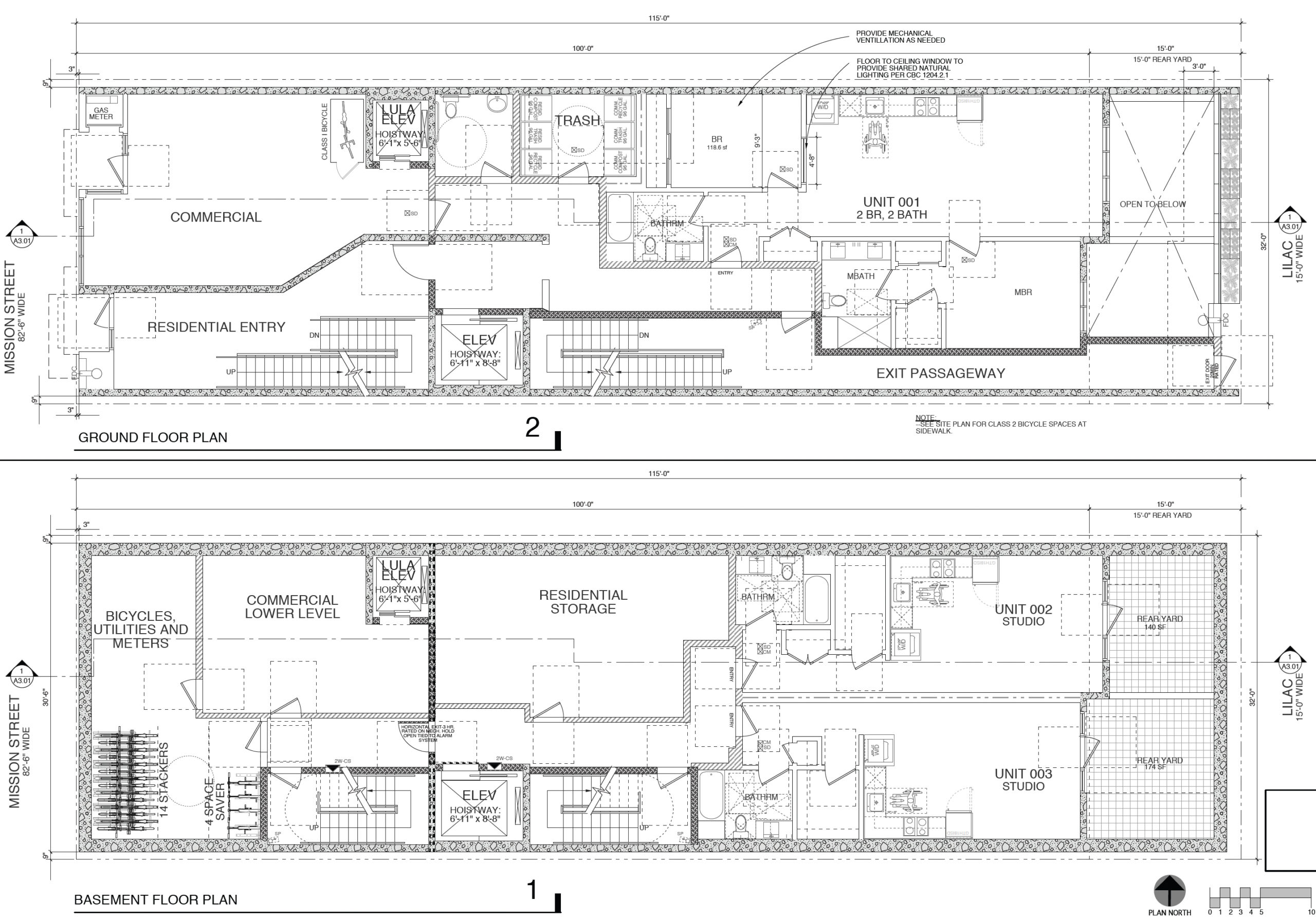 Of all 18 units, there will be six studios, four one-bedrooms, seven two-bedrooms, and one three-bedroom. Two basement studios will have access to their own private open-air yard, providing natural light into the residence. All residents will have access to a 1,150 square foot roof terrace, with views across the city.

The project has benefited from the state density bonus and Senate Bill 330, creating two units affordable to middle-income Thanks to the density bonus, the building will include no vehicle parking, a smaller rear yard to allow for more housing. Parking will be included for 18 residents’ bikes and parking for three bicycles for the commercial space.

Plenty of public transportation around the site makes up for the lack of parking, while also making the development more environmentally friendly. The project is two blocks away from the 24th Street Mission BART Station, and across from a MUNI bus stop. 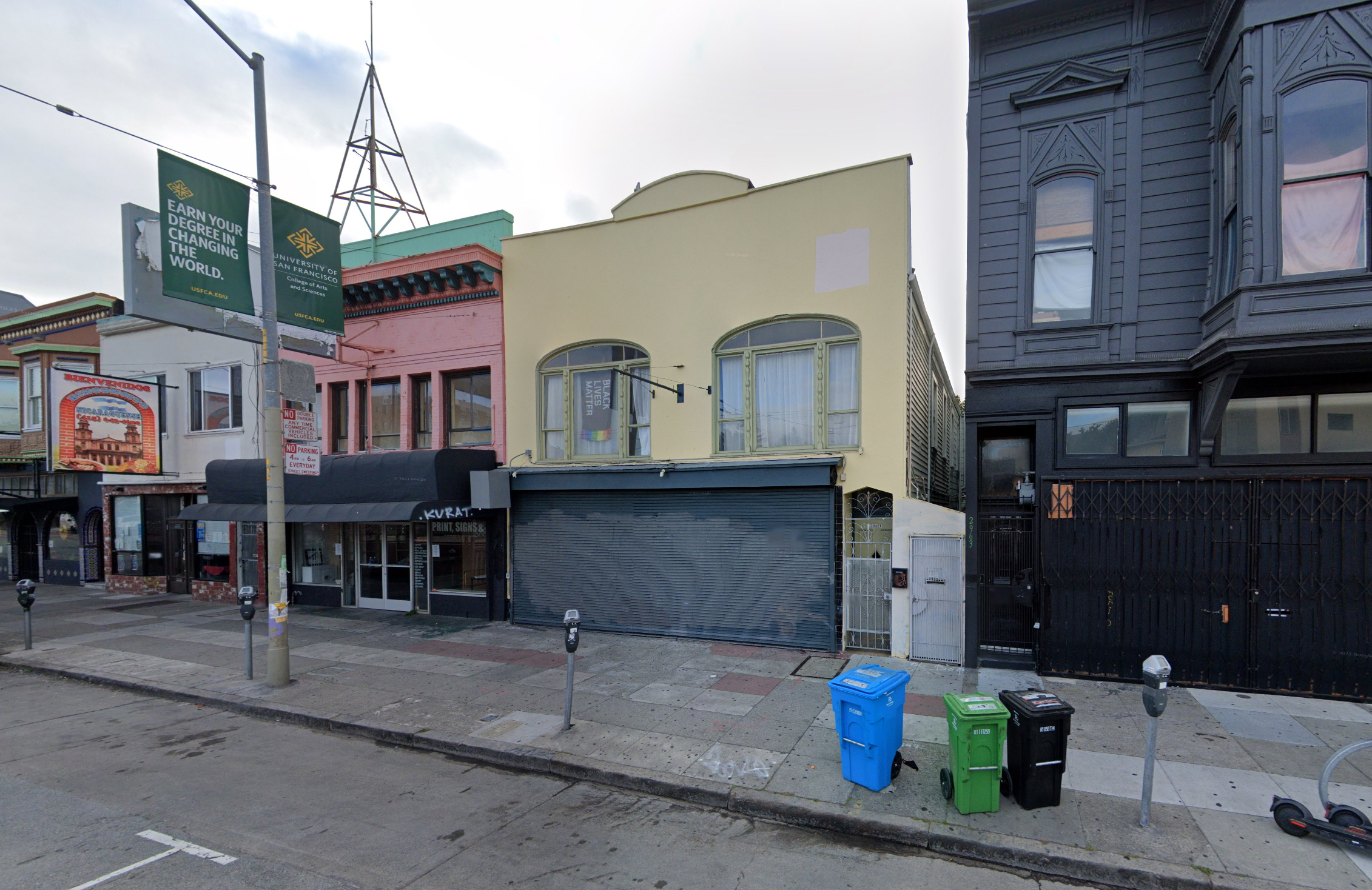 Demolition will be required of the existing structure. City records show the property sold in June of 2019 for $2.335 million. Meanwhile, new building permits were filed in May of 2021, approximating construction will cost $5 million over a twelve-month period. The estimated year for groundbreaking has not been established.