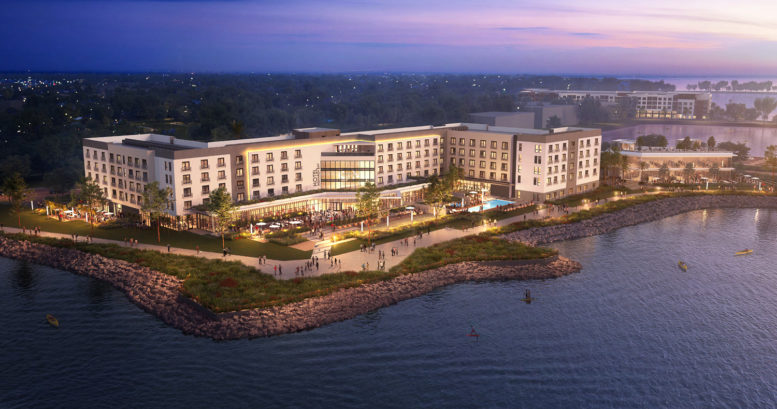 Updated renderings have been revealed with detailed plans for the Monarch Bay Shoreline Development project, poised to reshape 75 acres of the San Leandro waterfront. The plans would reshape a swath of surface parking and a portion of an existing golf course into 491 residential units, a 210-room hotel, and shops between Marina Park and the Oakland International Airport in Alameda County. The project is a public-private partnership with the City of San Leandro and Cal Coast Companies. 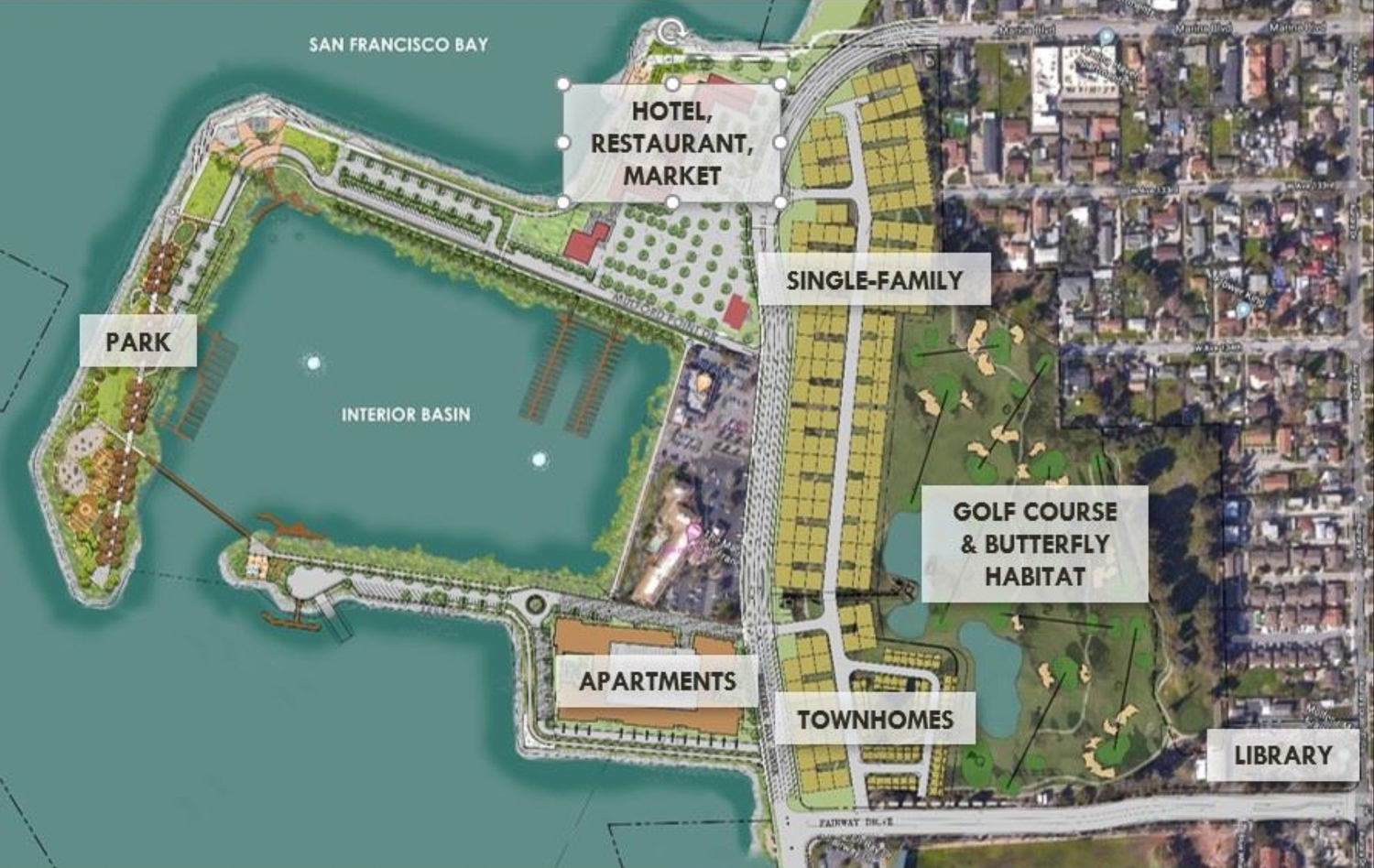 Reporting by Angelica Cabral for the Bay Area News Group shares that Cal Coast Companies expects to break ground on construction in 2023, though the plans still need to receive approval and building permits.

Of the 491 residential units, 285 will be inside the multi-family apartment building, 48 in multi-unit townhomes, and 152 in single-unit buildings. The commercial space will feature a 15,000 square foot restaurant / banquet facility, and 3,000 square feet for a market or cafe space. The lower-density buildings will be on portions of the neighboring Marina Golf Course, redesigned to retain nine holes. The remaining 43 acres will be redesigned into a public park surrounding the interior basin, in which there will be fewer boat slips. 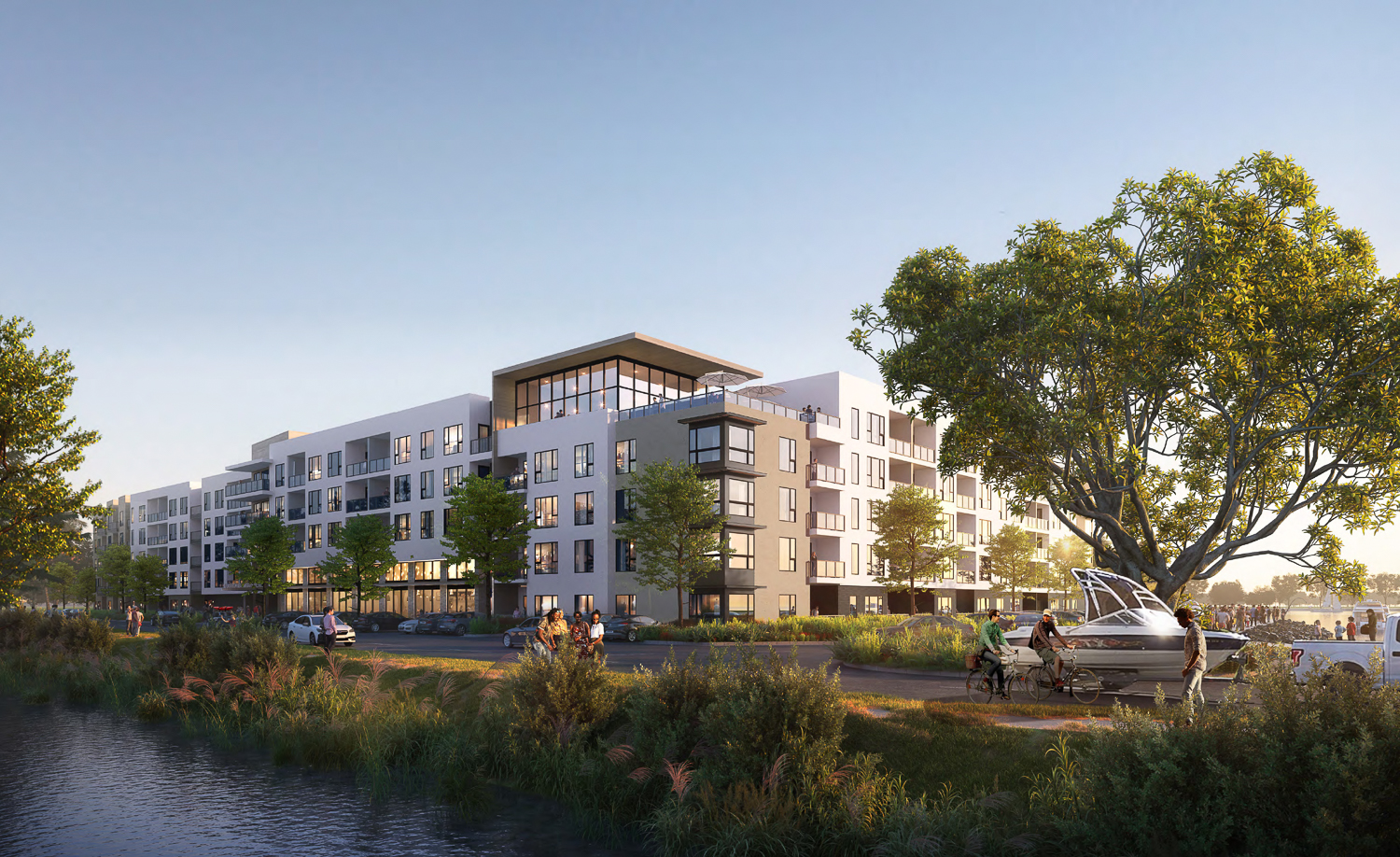 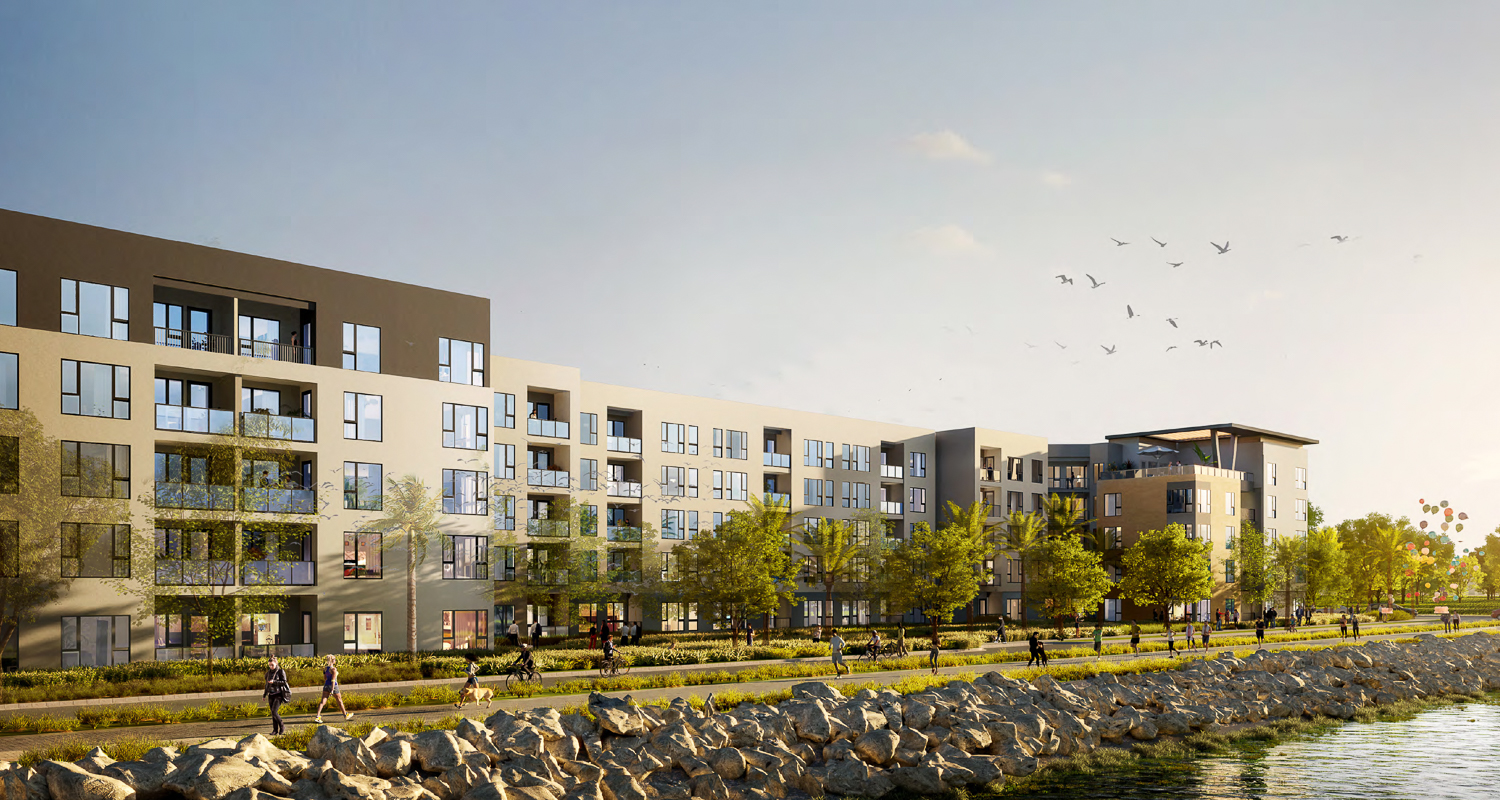 Monarch Bay Apartment Building with the dog park in the foreground, rendering by BDE Architecture 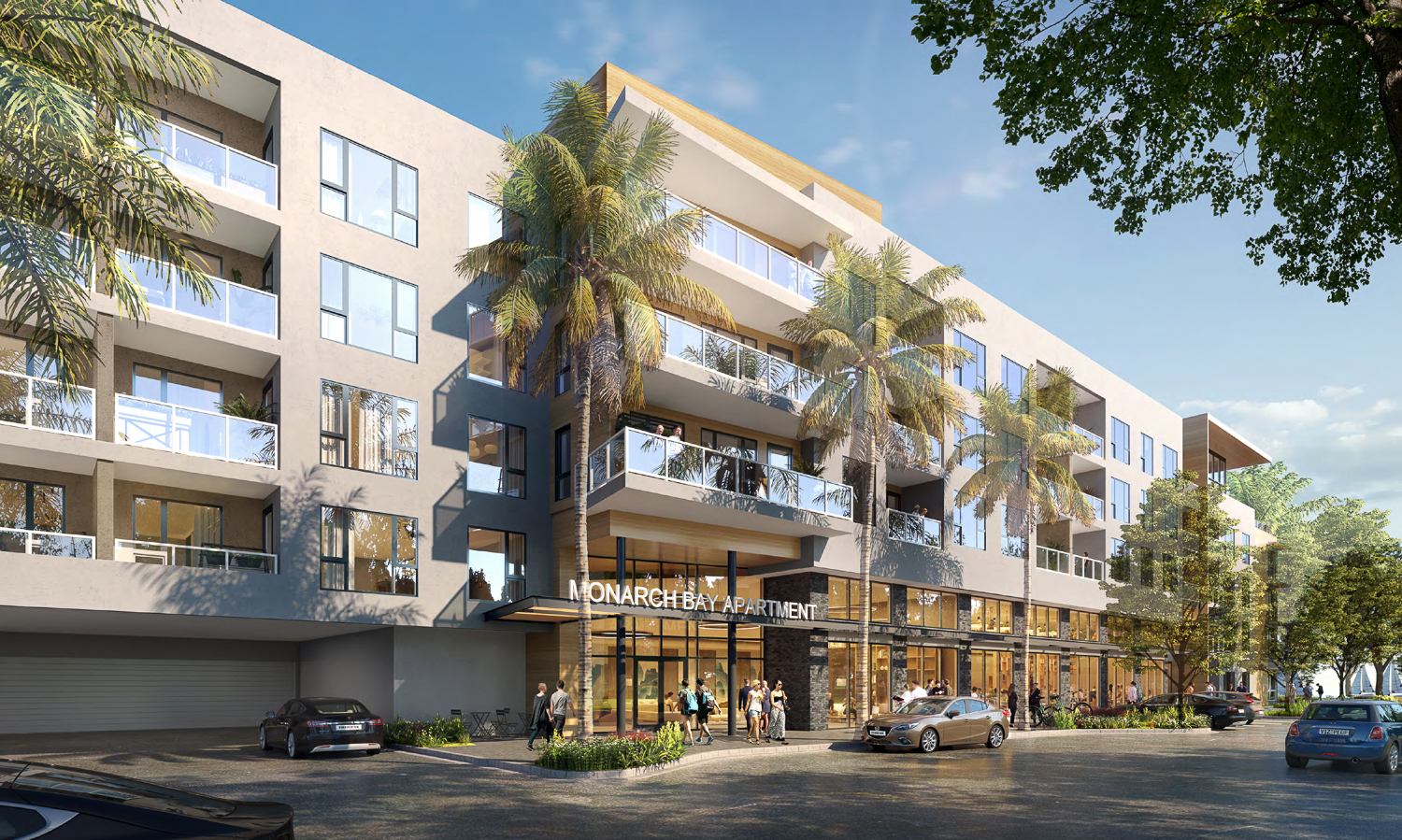 Monarch Bay Apartments will rise 59 feet to yield 459,450 square feet, with 241,020 square feet of leasable apartment space, 8,350 square feet for amenities, and 143,000 square feet for the 405-car garage, 124-bicycle parking, and utilities. The building will feature an inner-block courtyard and a 5th-floor roof deck. Wrapped around the building, the public will find access to several open spaces totaling over 26,000 square feet. Facade materials will include stucco, brick veneer, and glass railing. 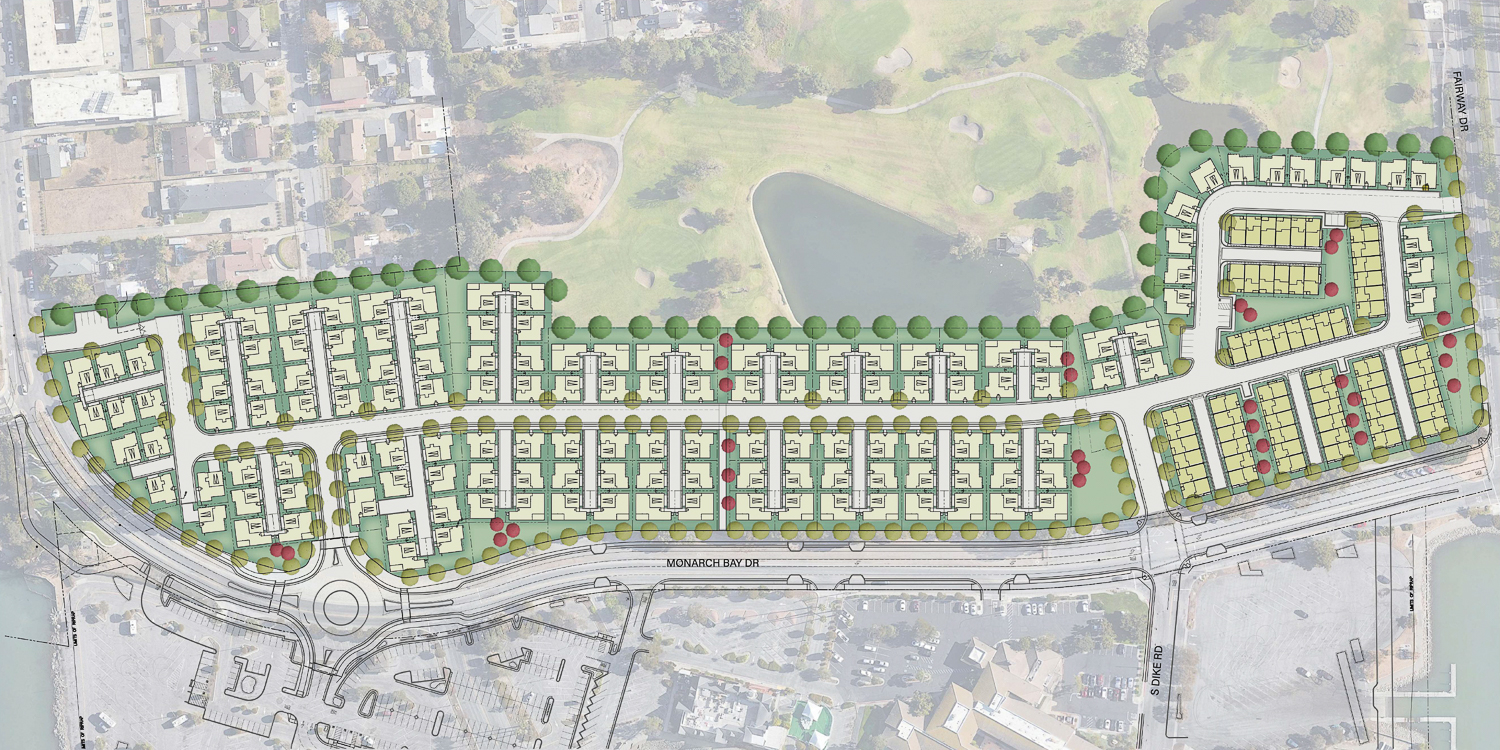 The lower density housing will create 439,010 square feet of residential area, with units averaging between 1,920 and 2,540 square feet each. 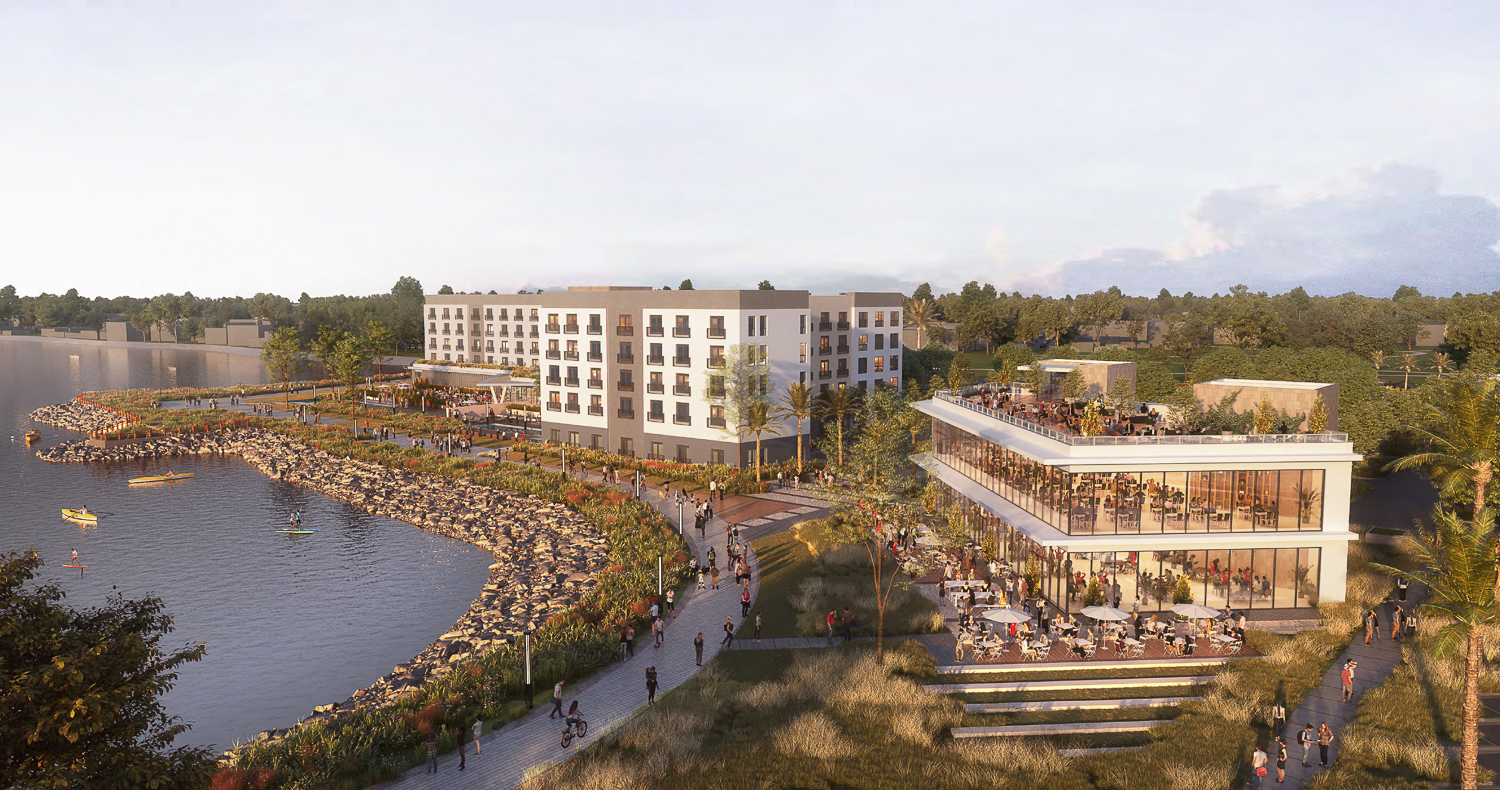 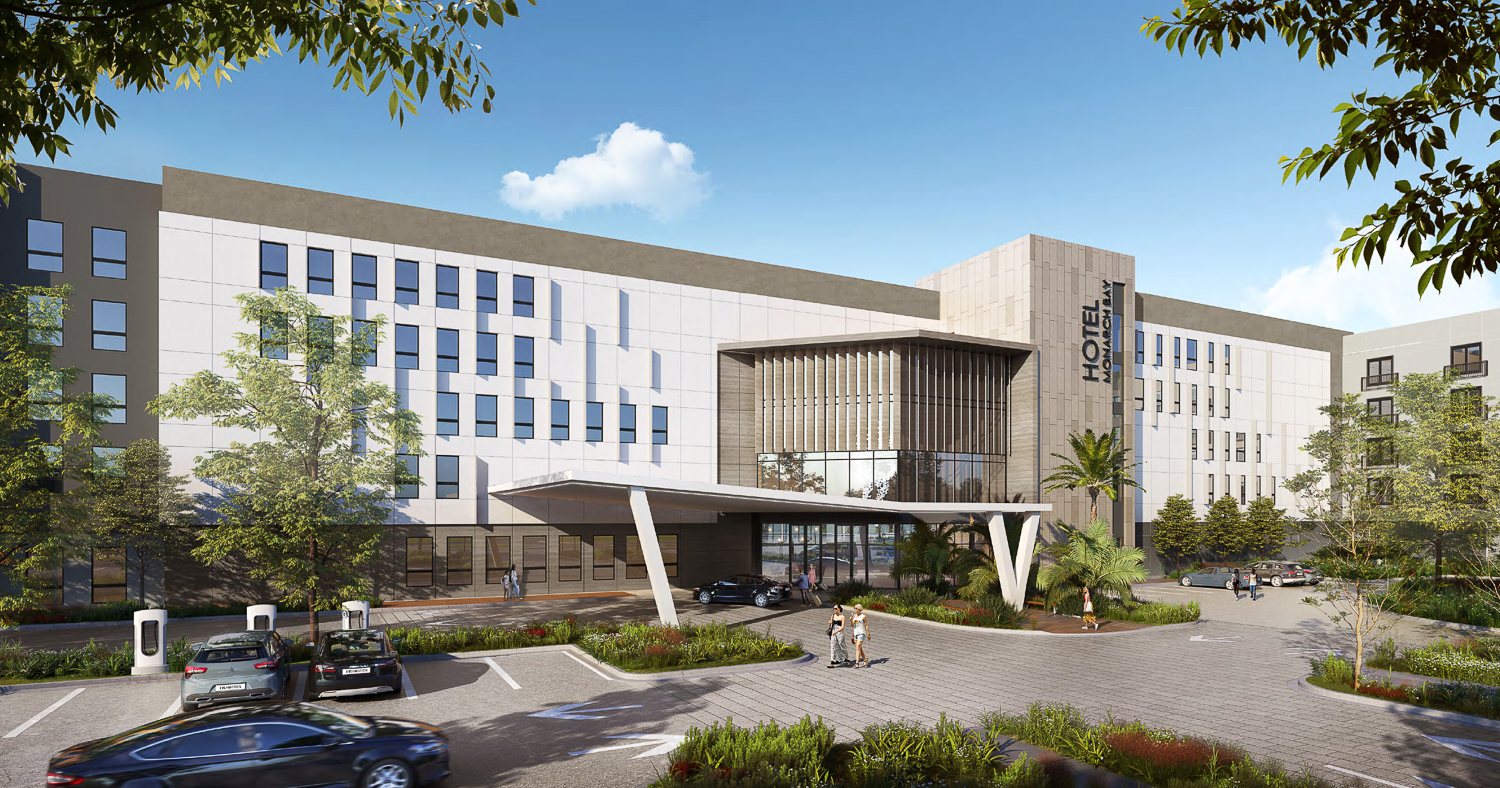 The Guzzardo Partnership is the landscape architect, and BKF Engineers is the civil engineer. BDE Architecture is responsible for the design of the hotel and apartment building with KTGY in charge of design for the townhomes and single-family buildings. Some affordable housing will be included, including 21 units of townhomes and single-family dwellings offered for ownership.

YIMBY has reached out to the project team to confirm the estimated groundbreaking date, who have not responded to requests for comment.