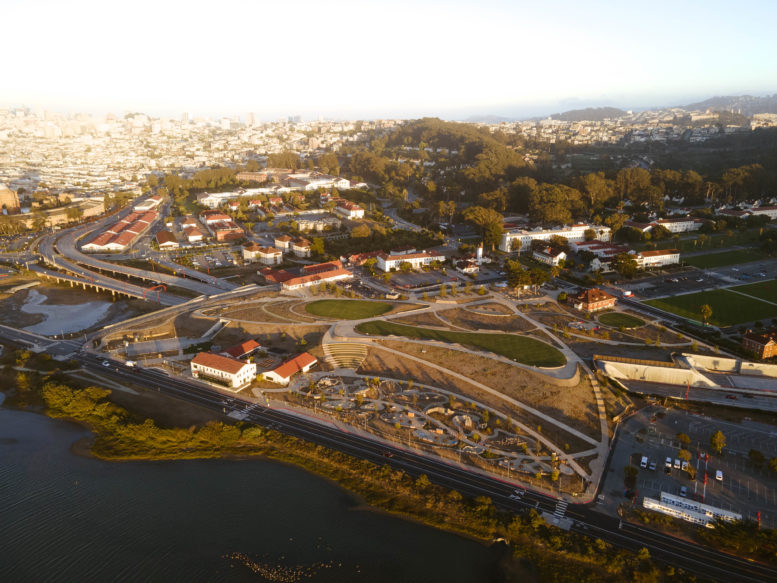 Presidio Tunnel Tops Park will open Sunday with performances, food vendors, talks, and public art. With its opening, San Francisco will get its newest waterfront park, spanning 14 acres and creating a comfortable pedestrian connection from the Main Parade Lawn to Crissy Field Beach. The day has been co-curated by the Partnership for the Presidio and community members. 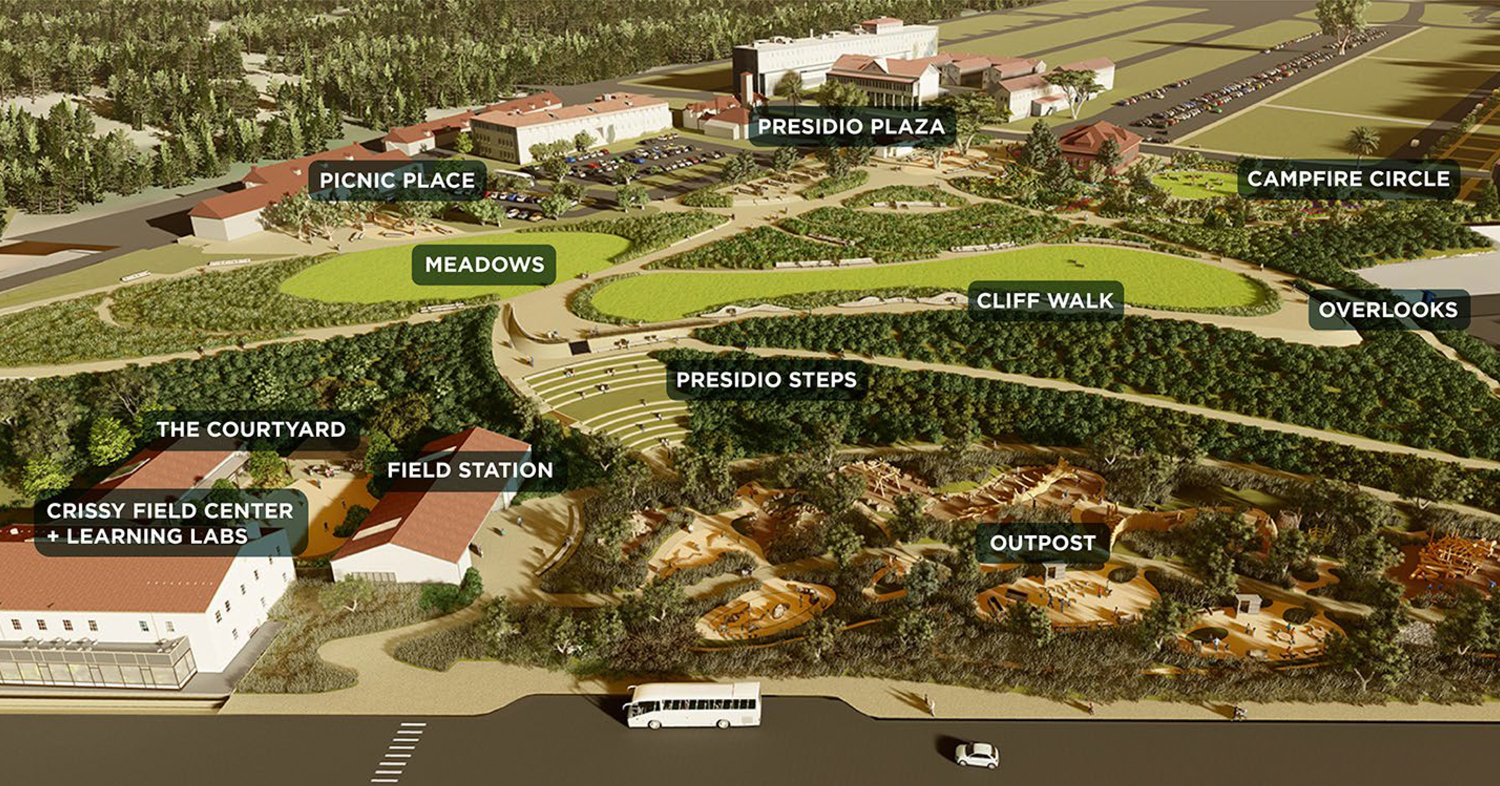 In email correspondences with YIMBY, the chief park officer of the Presidio Trust, Michael Boland, describes the larger significance of the Tunnel Tops. “Guiding the transformation of the Presidio from an army post to public national park site over the past 27 years, creating a real destination for visitors has been nothing short of magical.” Boland went on to say “the Presidio Tunnel Tops is the largest piece of that effort to date, and really shows we’ve arrived as a beautiful public space for all people. I couldn’t be more thrilled to see this come to fruition.”

See the park website here for more details about the opening day activities.

The Presidio Tunnel Tops is designed by James Corner Field Operations, the same landscape architect responsible for New York’s High Line. The park provides a beautiful transition from the Presidio Plaza down to the Crissy Field Marsh at sea level. Over 200,000 native and drought-tolerant plants will line the expansive open space. 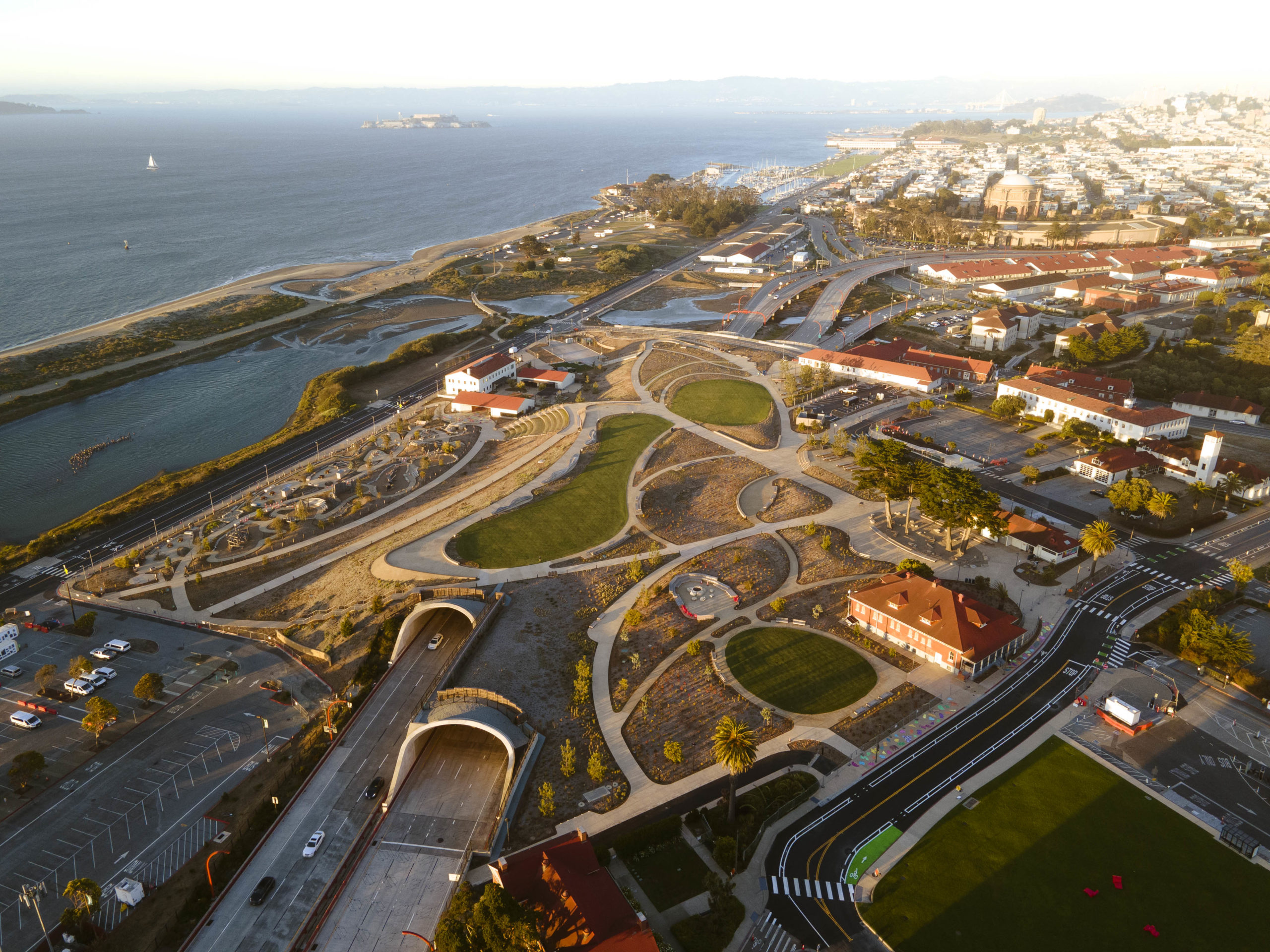 Presidio Tunnel Tops with Alcatraz in the background, image by Andrew Campbell Nelson 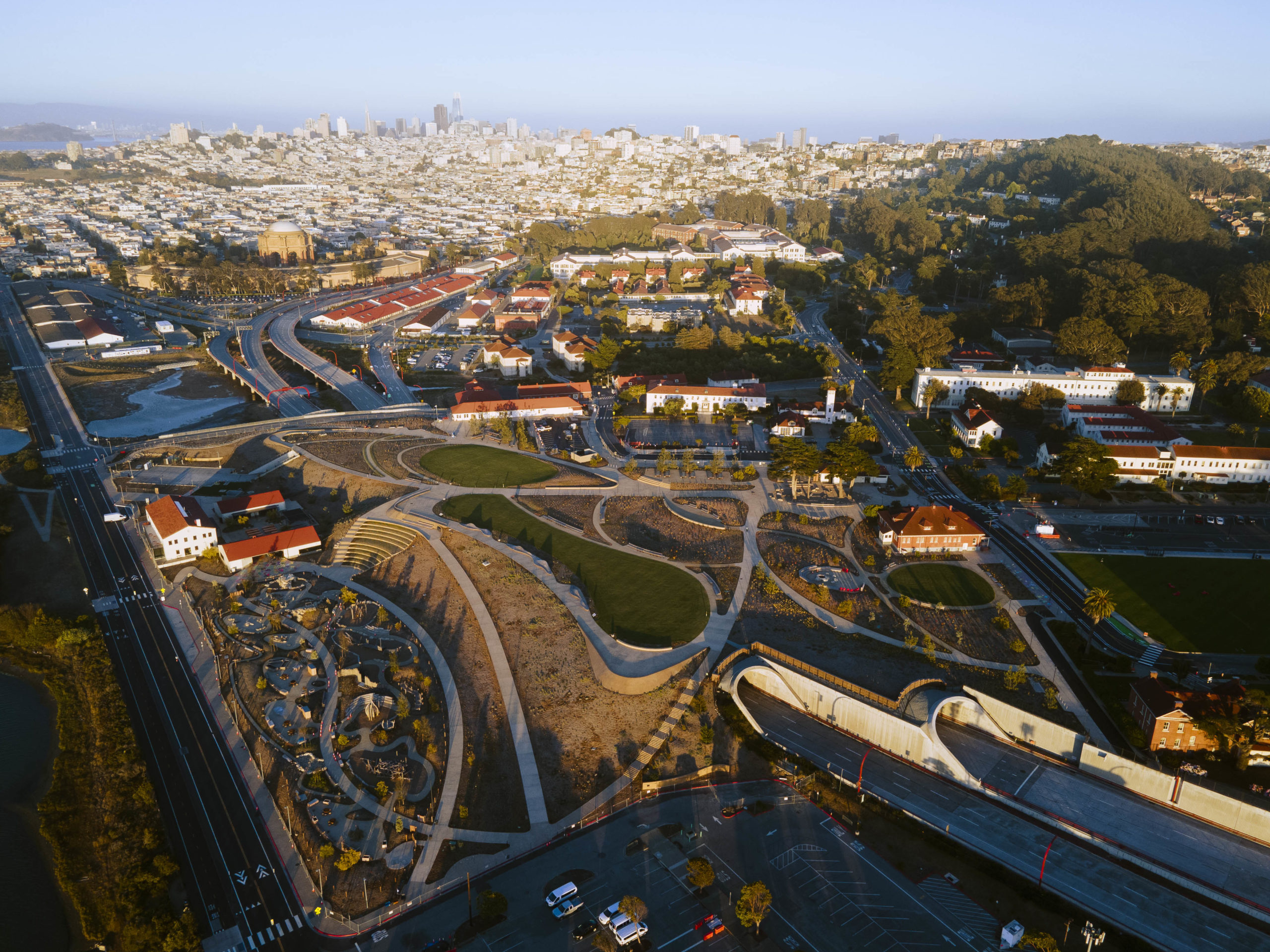 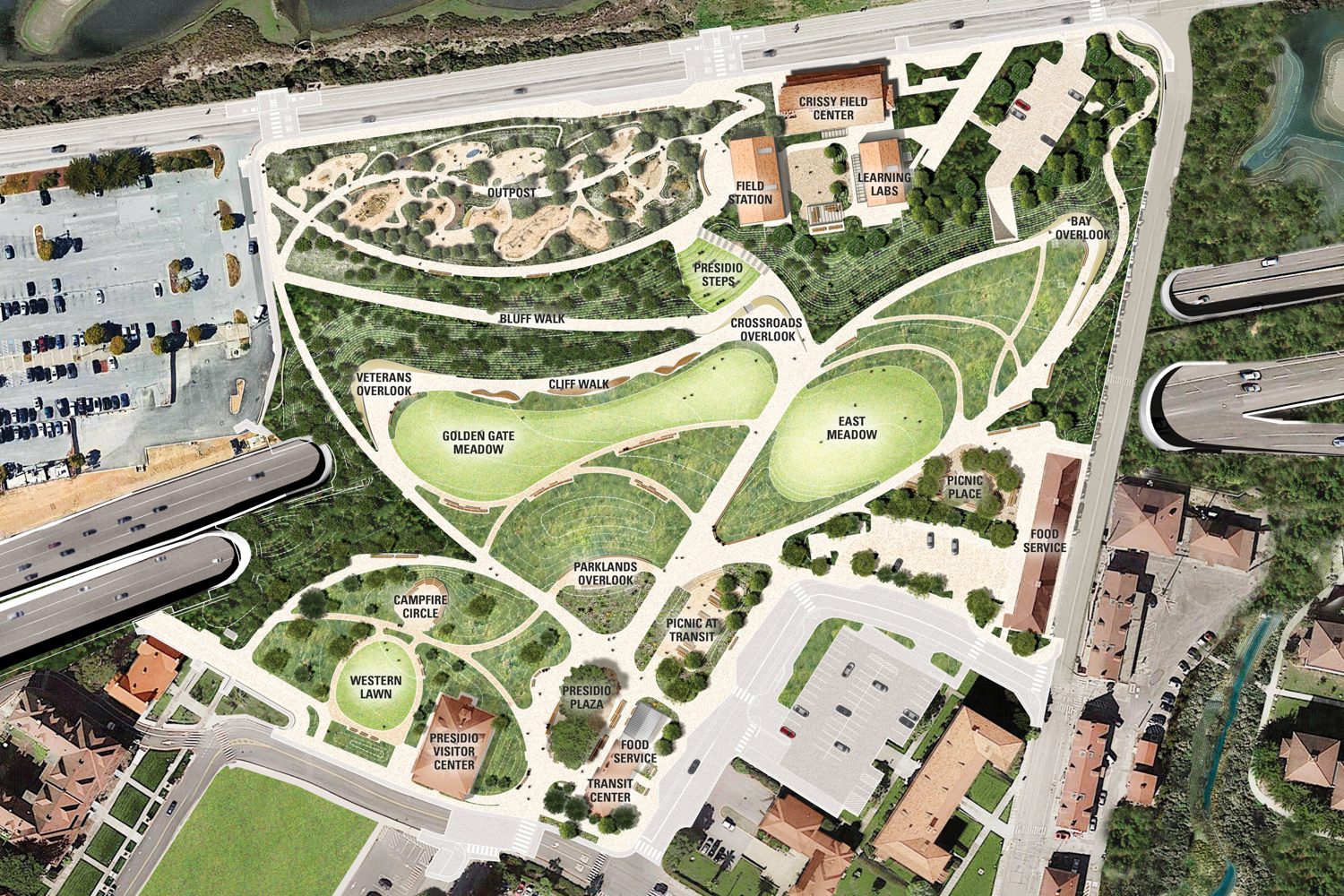 On the higher elevation of the park, above the tunnel, there are the meadows, a picnic area, the campfire circle, and an overlook with views of the Marin Headlands. The cliff walk and Presidio Steps will provide a dramatic decline to sea level, opening up immediately to the children’s two-acre Outpost play area. Next to the Outpost will be the Field Station and the Crissy Field Center and Learning Labs. 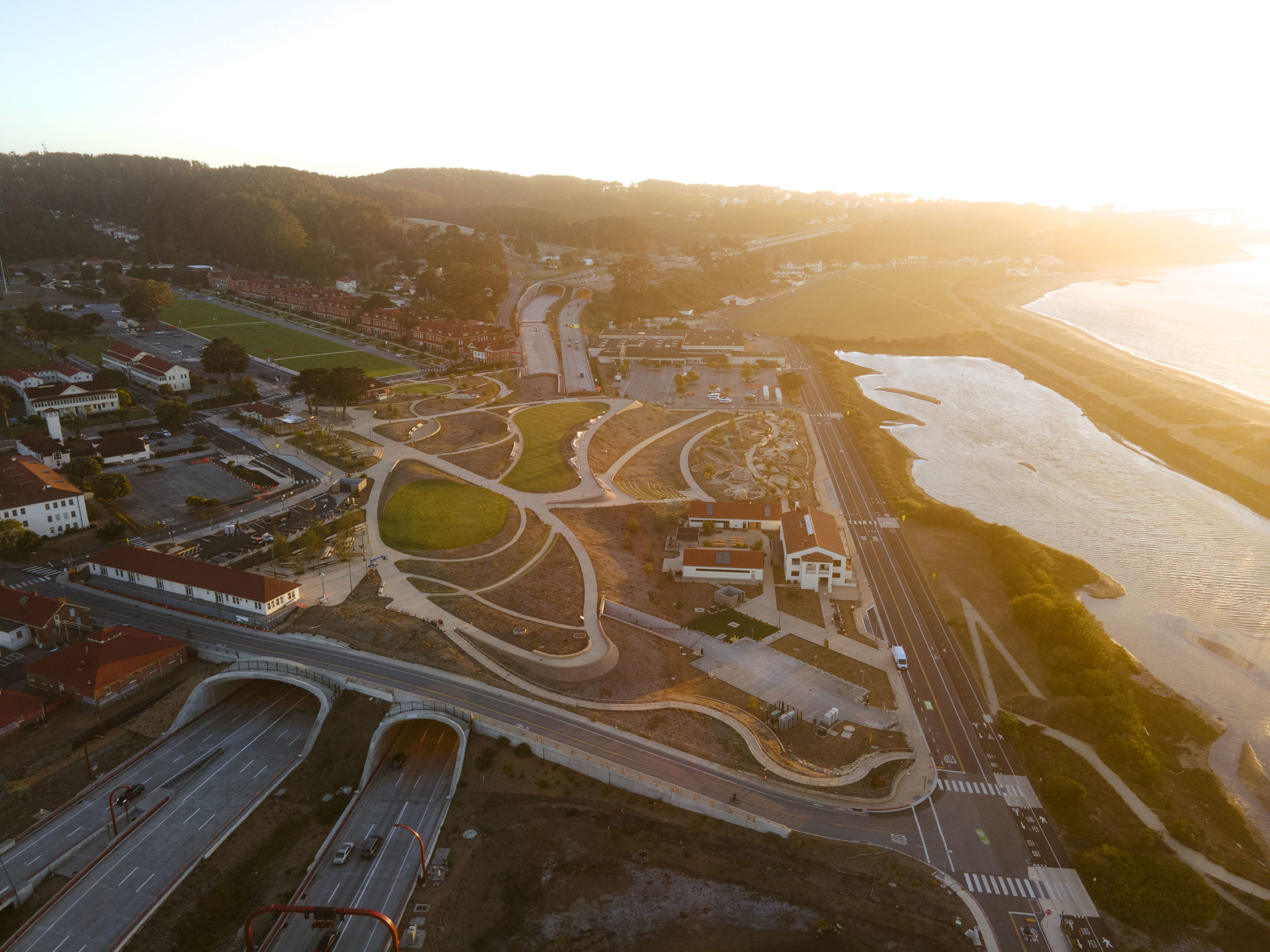 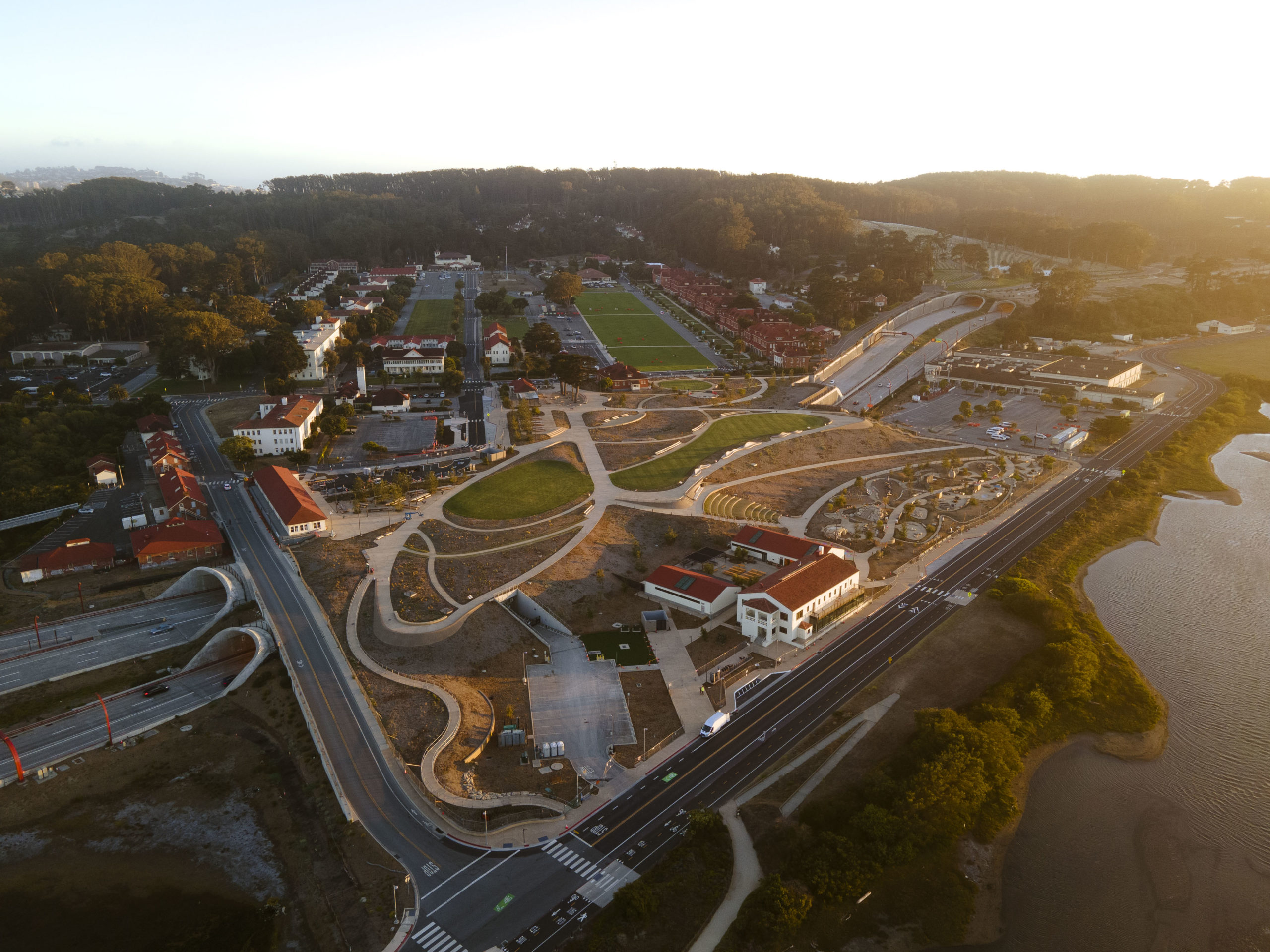 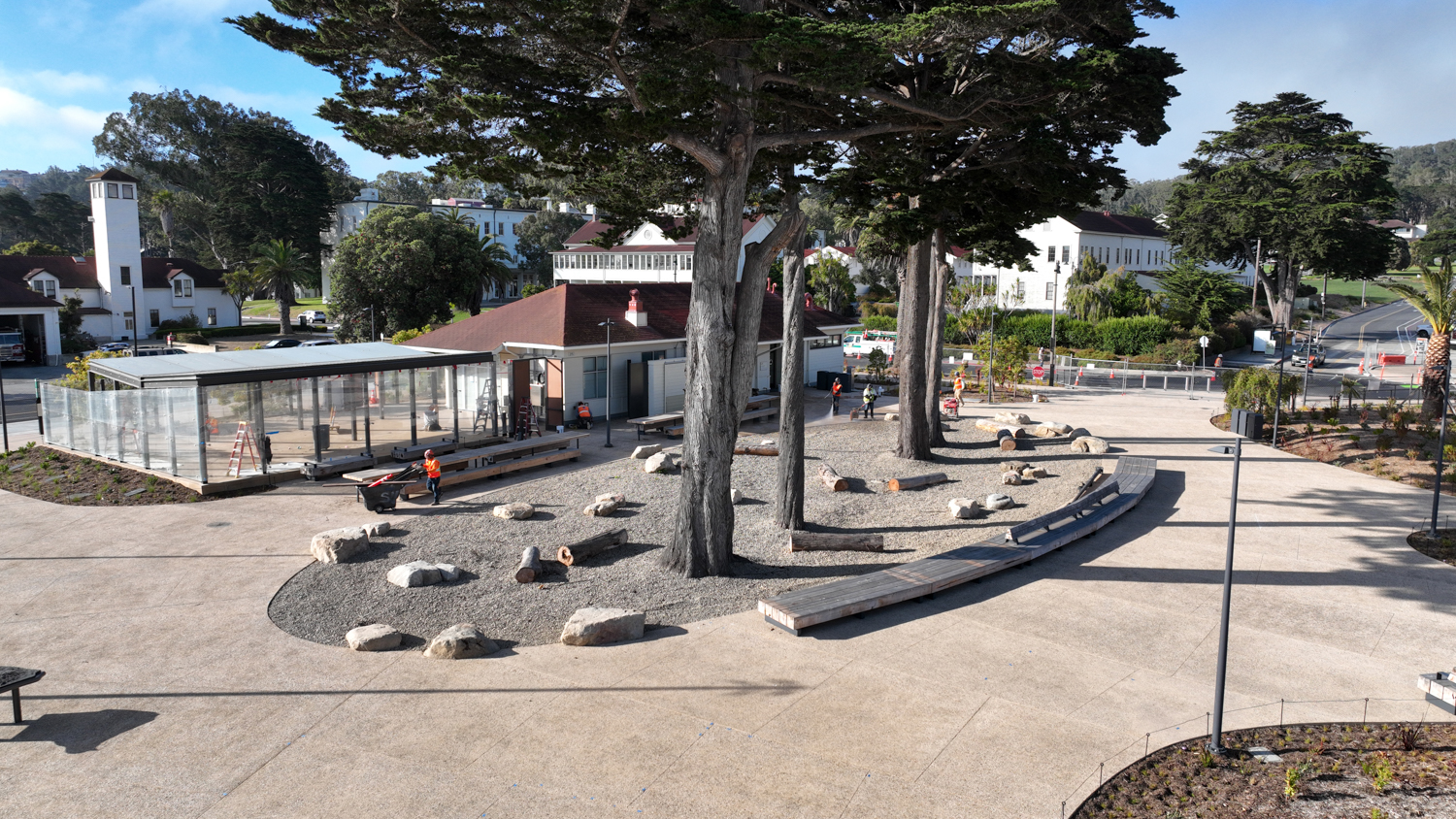 Opening Day at Presidio Tunnel Tops will go from 10 AM to 6 PM on Sunday, with events by the Presidio Visitor Center at 210 Lincoln Boulevard. This weekend comes a few months after the opening of the six-acre Battery Bluffs restored parkland. Events will include an outdoor art installation by Favianna Rodriguez, performances by local talent at the Community Stage, and NPS Ranger talks at the Campfire Circle from 4 to 4:30 PM.

The Presidio Pop-Up will feature 29 mobile food vendors for the first season, ten of which will be available on opening day. The Presidio Trust has provided the following list:

For Sunday, Presidio Trust has confirmed with YIMBY that 16 total food vendors will be on site, attending in shifts in the morning and afternoon. For the most updated information check with the Presidio Tunnel Tops website. 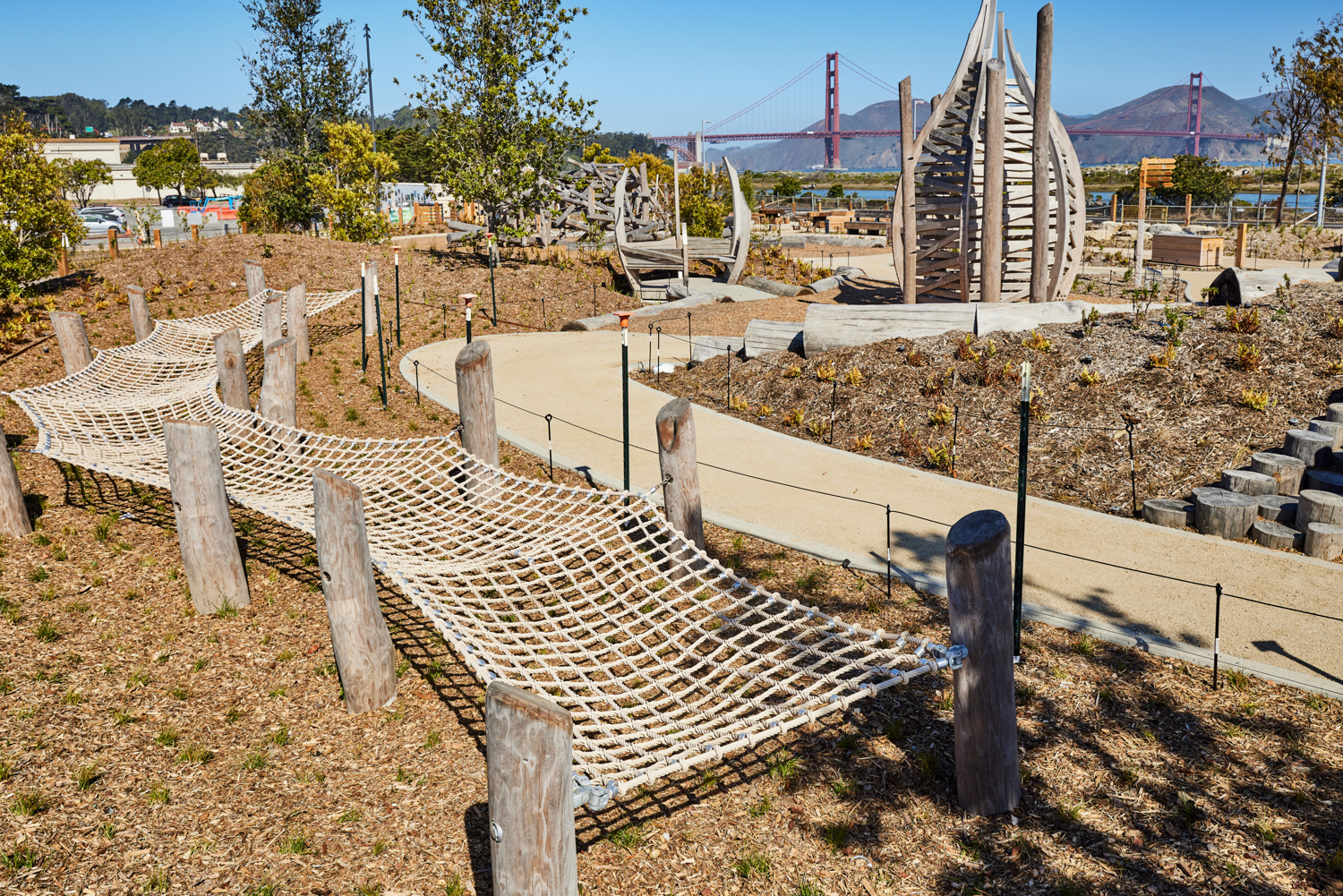 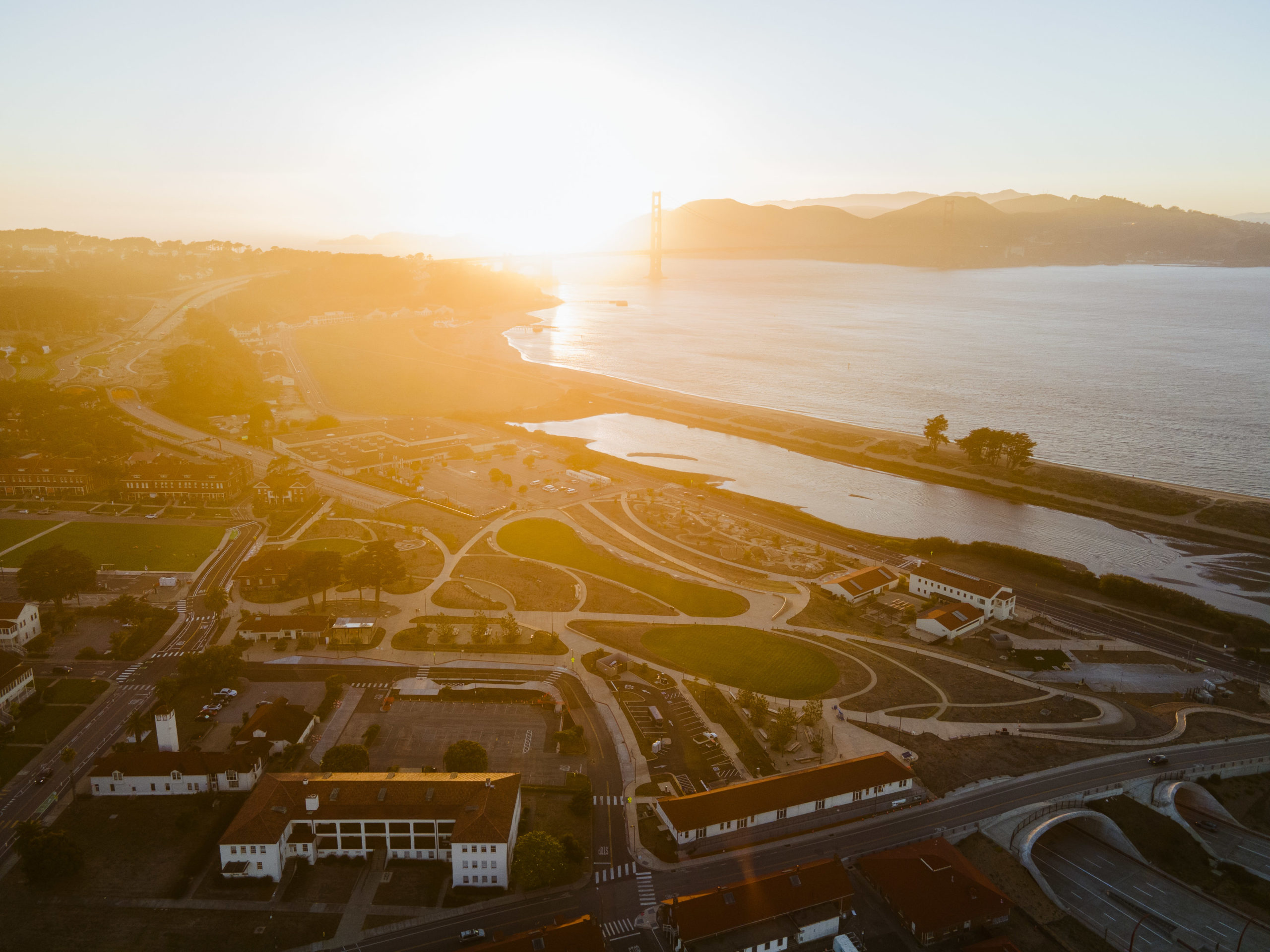 Presidio Tunnel Tops bathed in sunlight with the Golden Gate Bridge on the horizon, image by Andrew Campbell Nelson

For the rest of the year, First Sundays will occur from August through November from 1 to 4 PM by the Presidio Visitor Center with Presidio Pop-Up food vendors and public art. Entertainment will include DJs, music, and dance performances on the Community Stage.