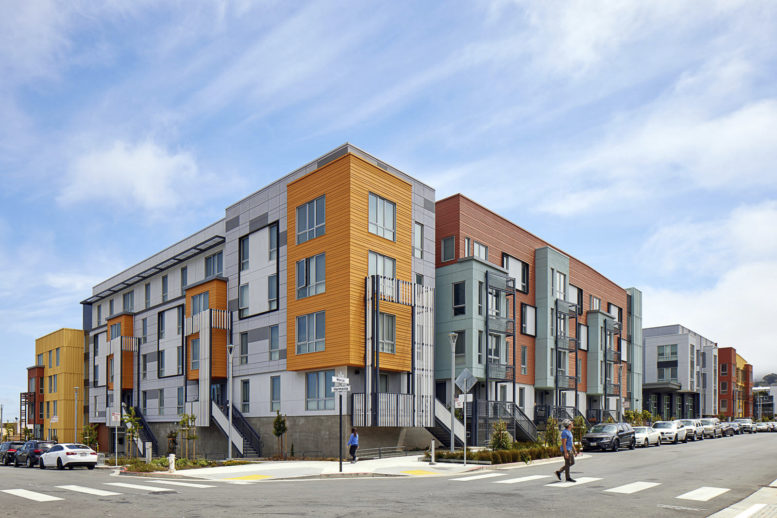 Construction has finished for the 100% affordable residential complex at 290 Malosi Street, located within HOPE SF’s Sunnydale masterplan in San Francisco. The new block adds 167 new units along with a landscaped central courtyard, amenities, and community space to the Visitacion Valley neighborhood. Mercy Housing and The Related Companies are the project developer. 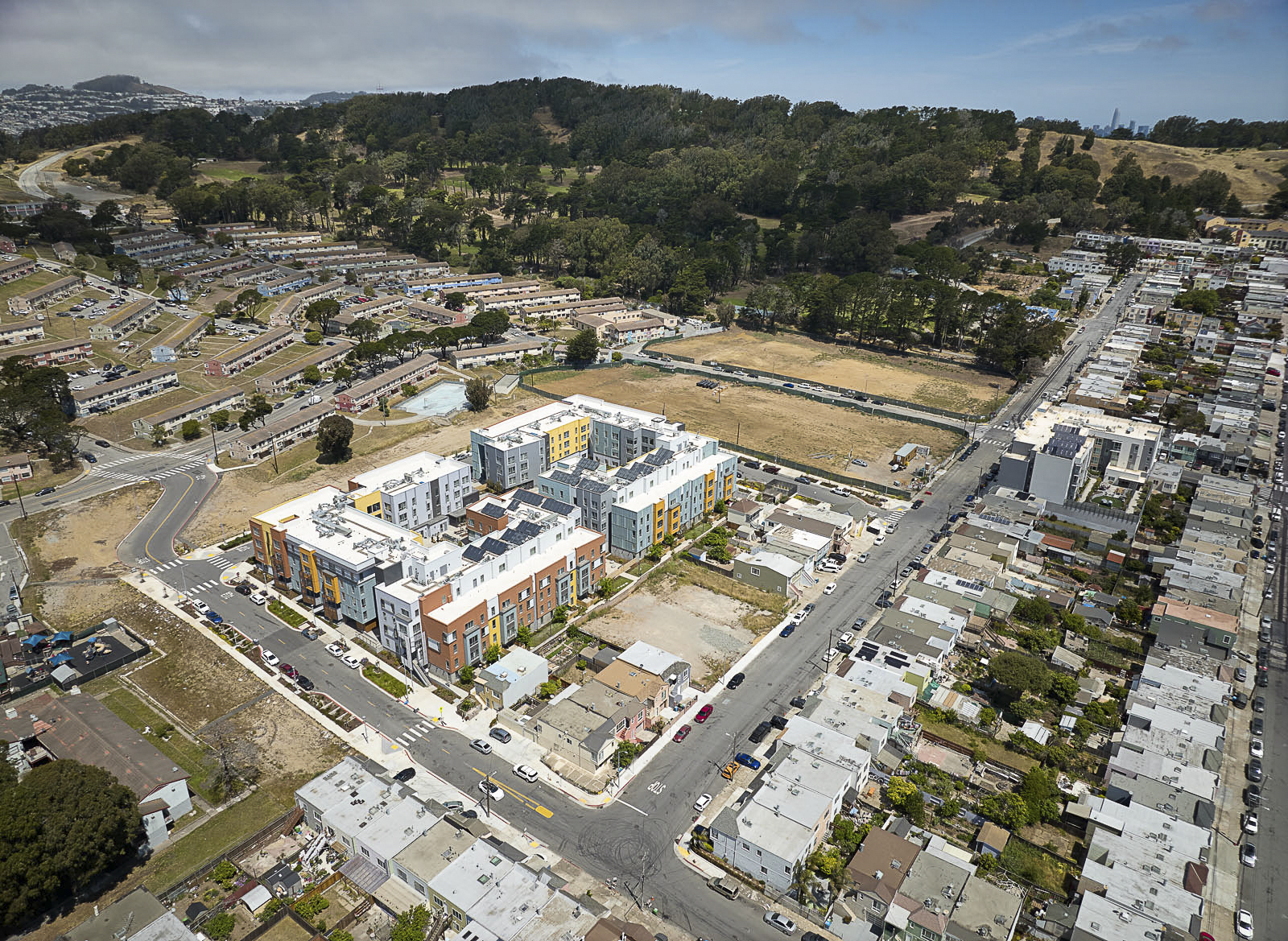 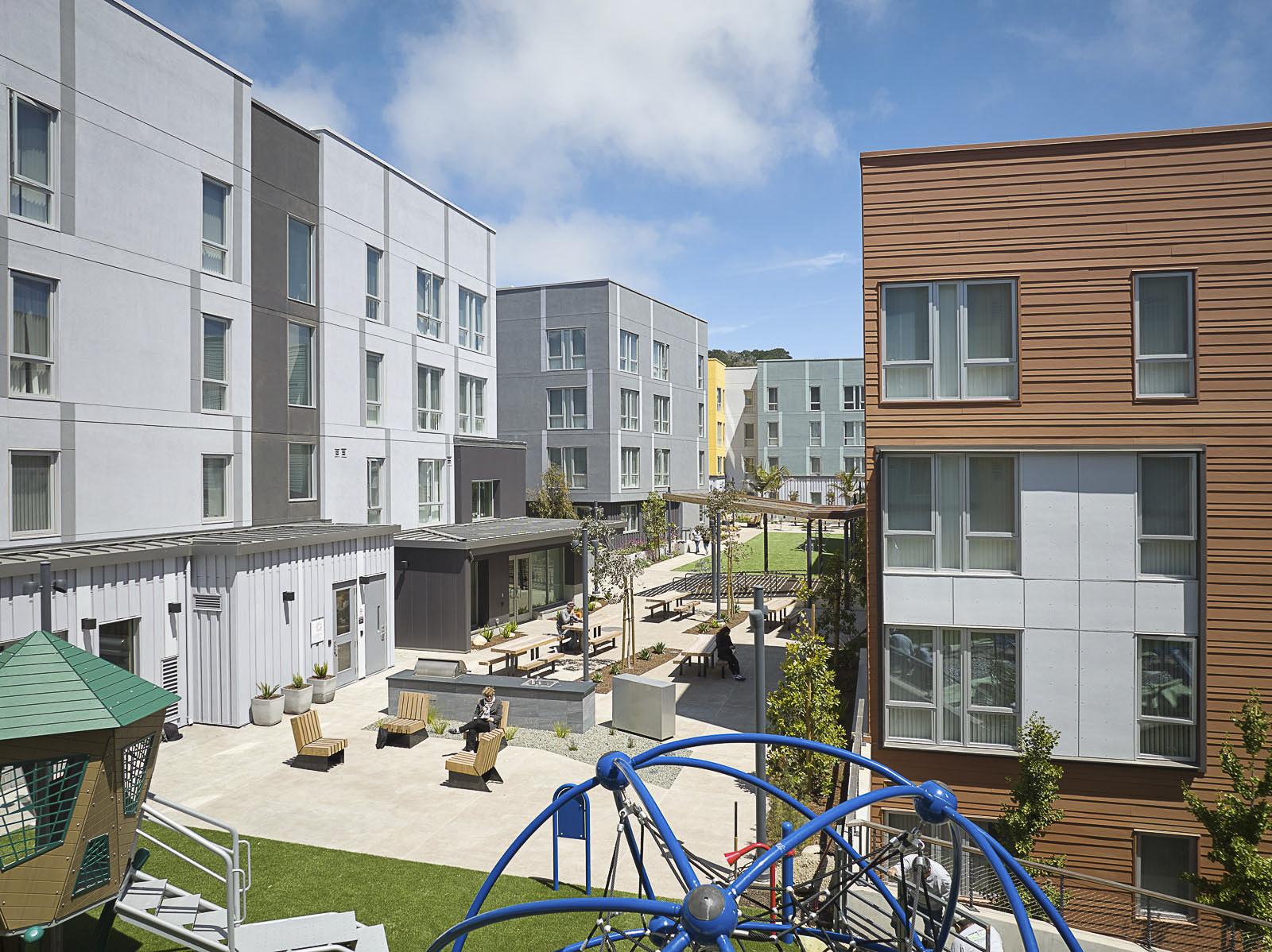 SoMa-based Levy Design Partners is the project architect. The project is broken up into two structures separated by landscaping. Blocks 6A and 6B will have a combined 167 homes. Unit sizes vary, with 21 one-bedrooms, 95 two-bedrooms, 40 three-bedrooms, and 11 four-bedroom homes.

Residential amenities will include media rooms, lounges, various lobbies, and laundry rooms on-site. Community rooms will include shared kitchens facing the courtyard, which itself has a barbeque pit and two playgrounds. Lower-floor units will have direct access to the sidewalk, inspired by Jane Jacobs’ writing that having ‘eyes on the street’ improves neighborhood community and safety. 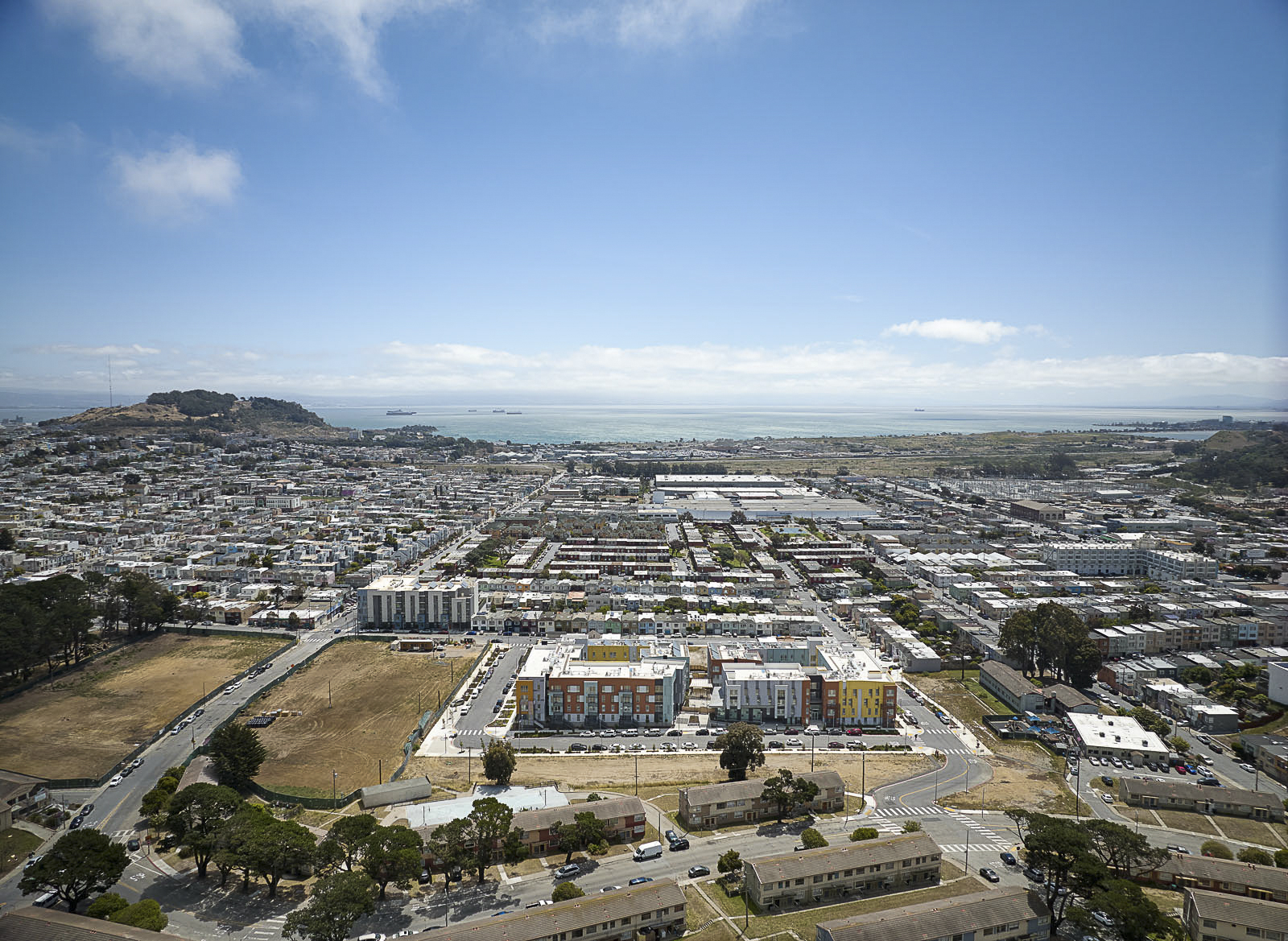 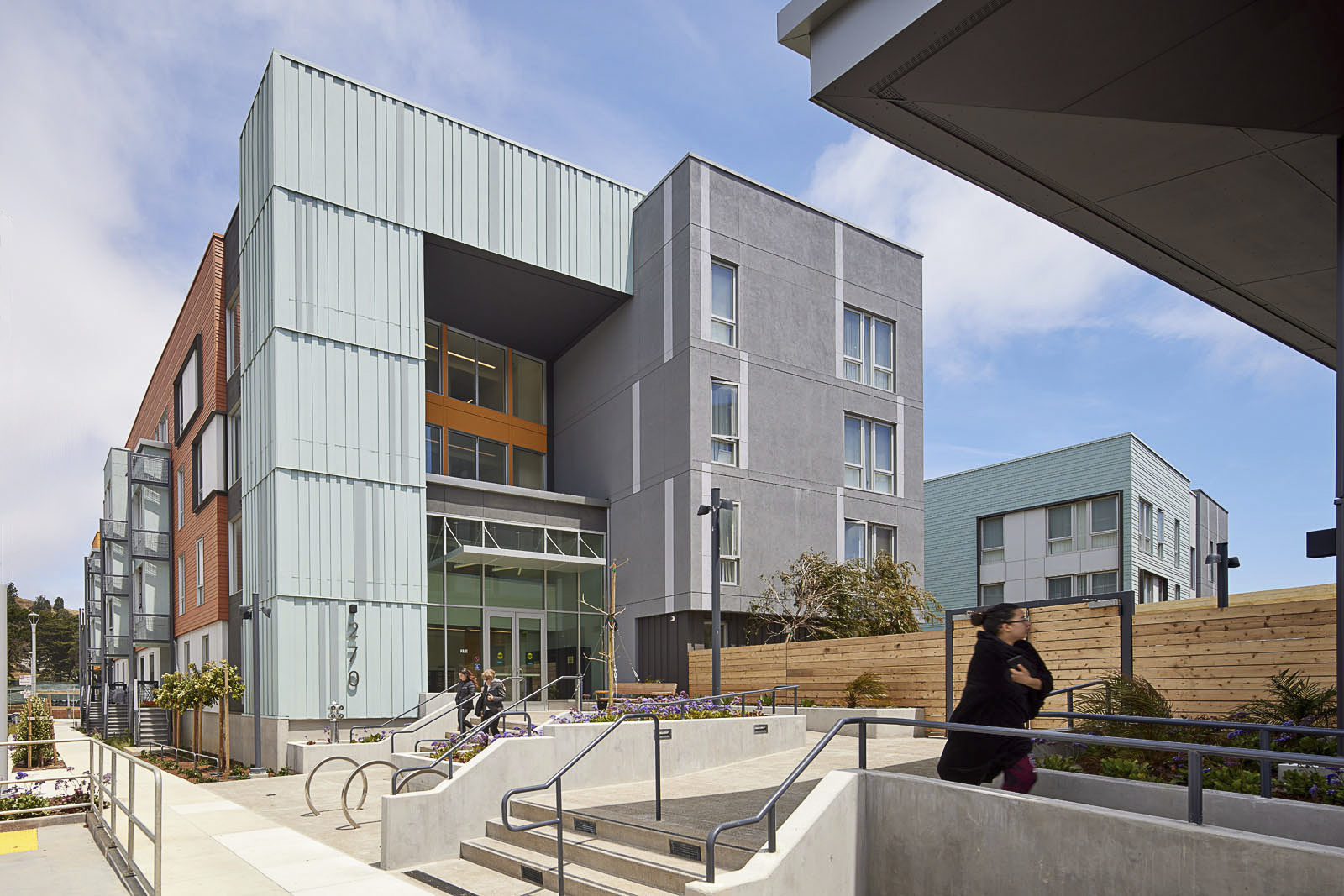 290 Malosi access to the street, photo by Bruce Damonte 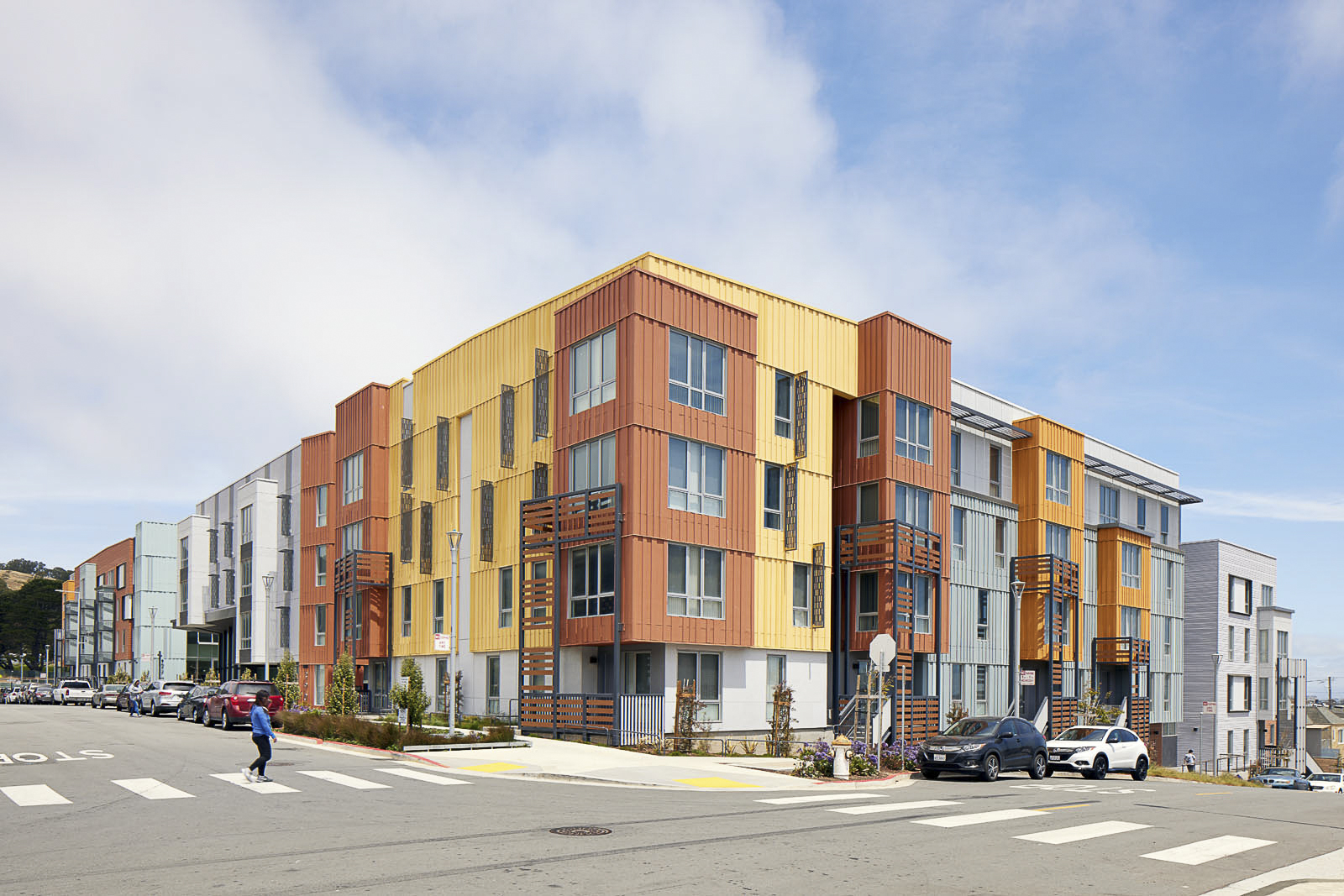 The Sunnydale Masterplan has involved the redevelopment of the neighborhood with 1,700 new dwelling units. Demolition will be required for the existing 775 units in the 1940s-era barrack garden homes. All existing residents will be offered replacement housing. Within 290 Malosi, 125 units will be offered to long-time families of Sunnydale, with 41 units for low-income families from across the city.

According to a press release from Levy Design Partners, “more than 30% of Sunnydale households have moved or will soon move into new affordable apartments constructed by Mercy Housing and Related California. More than 50% expect to live in new apartments by the end of 2024.” 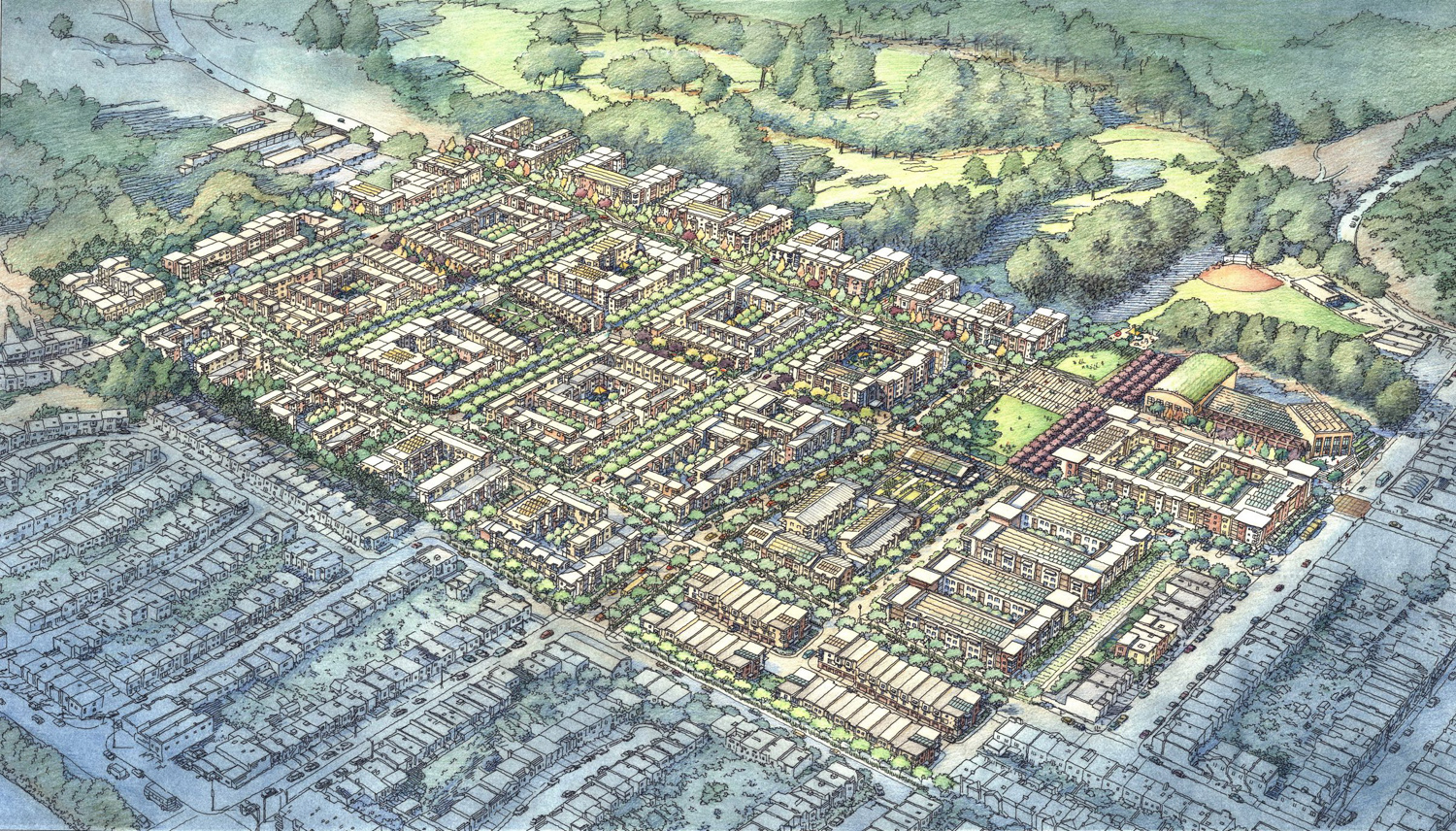 Nibbi is the general contractor. The building cost an estimated $90 million.