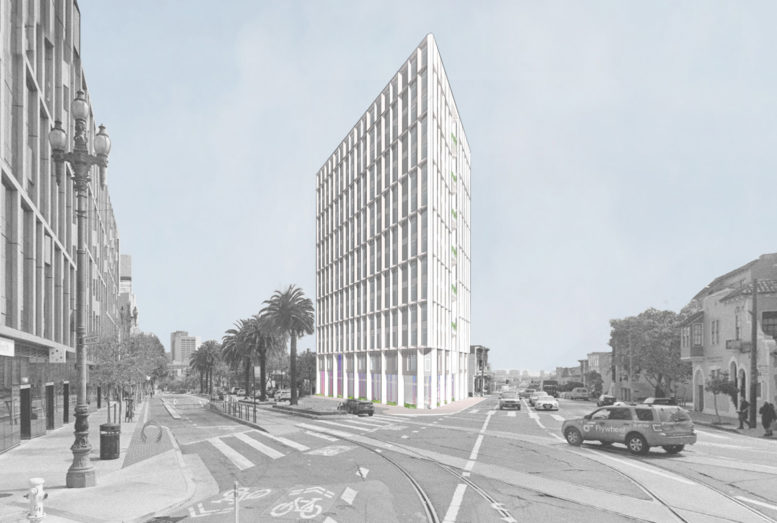 New renderings have been revealed for a 15-story corner development at 1939 Market Street in Mint Hill, San Francisco. The project will create 100% affordable senior housing, with the team had shared that the expected tenants will be from the neighborhood’s LGBTQ community. Mercy Housing is responsible for the application.

Mercy is co-partnered with Openhouse, a nonprofit provider of LGBTQ senior services in the city, as a development team. The duo previously worked on 55-95 Laguna Street, which created 119 units, new offices for Openhouse, and an LGBTQ community center. 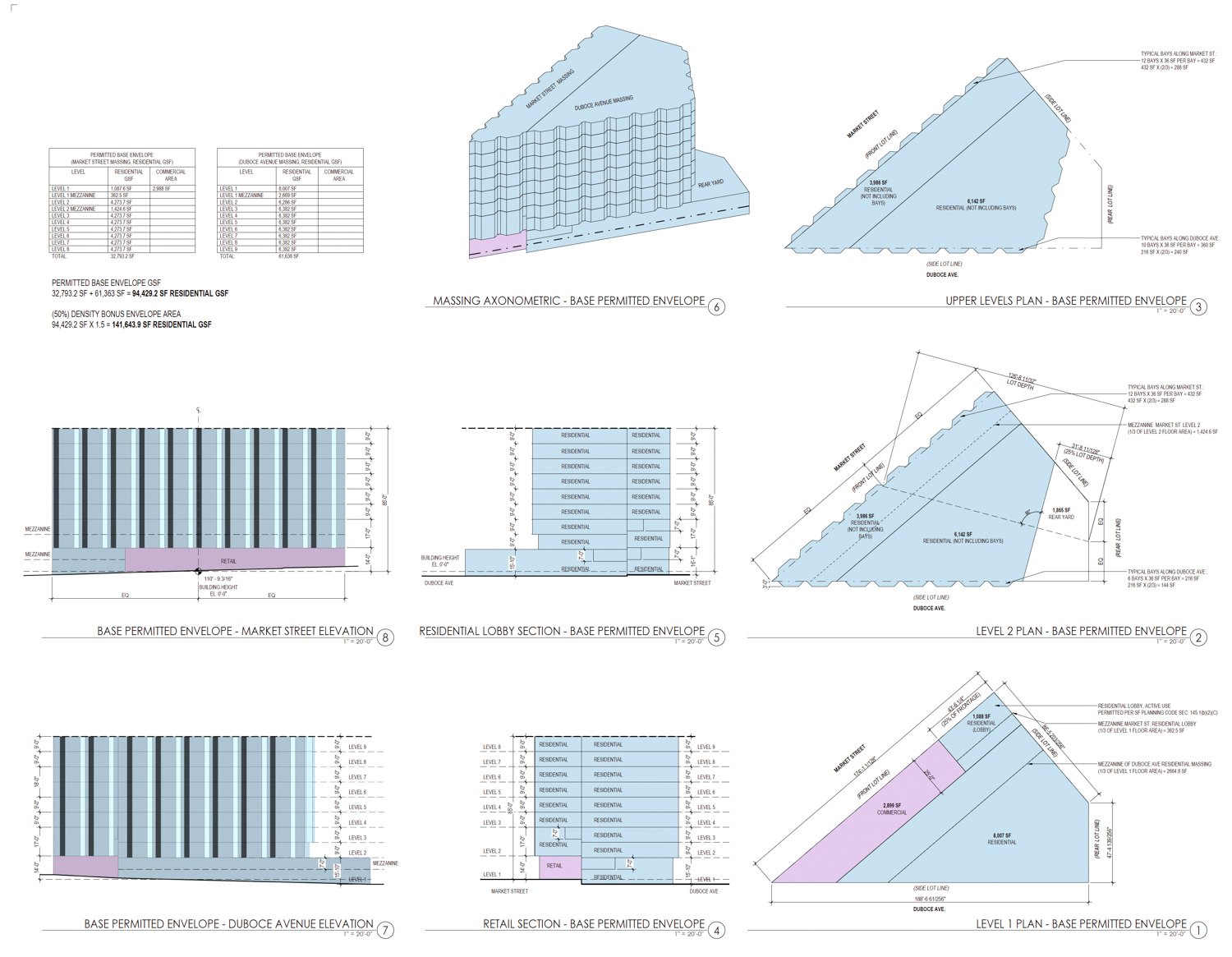 Speaking with the Bay Area Reporter last year about plans for 1939 Market Street, the director of the mayoral housing office said, “Hopefully, we capture the LGBTQ people who live in the area who qualify for that housing,” adding that “we will be proactive in marketing to the LGBTQ senior community.”

The 159-foot tall structure will yield around 141,630 square feet with 1,520 square feet for ground-floor commercial retail space and 1,590 square feet of usable open space. Parking will be included for 23 bicycles and no cars. Unit sizes will vary with 106 studios, 80 one-bedrooms, and one two-bedroom unit. Units will be offered for residents earning between 15-60% of the Area Median Income.

Paulett Taggart Architects is responsible for the design, working with associate architect Y.A. Studio. The building would stand out in the neighborhood, standing six floors higher than the adjacent 1998 Market Street, built between 2012-2014 with design by Arquitectonica. The proposal is not shy about its height, with a grid pattern emphasizing its verticality, culminating with a dramatic flatiron edge. Current plans have a restrained color palette for the exterior, contrasted by a pastel color flair along the ground floor. 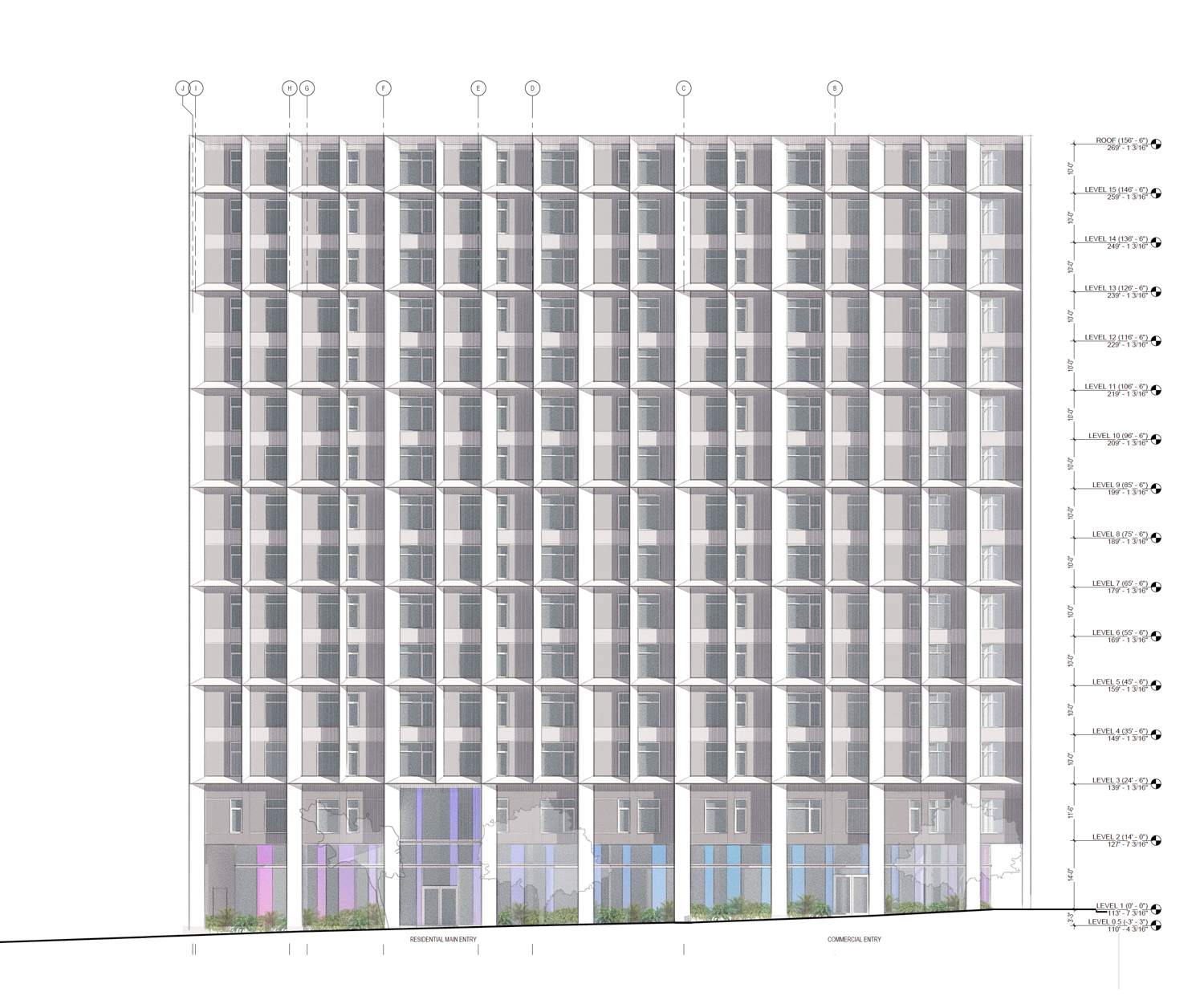 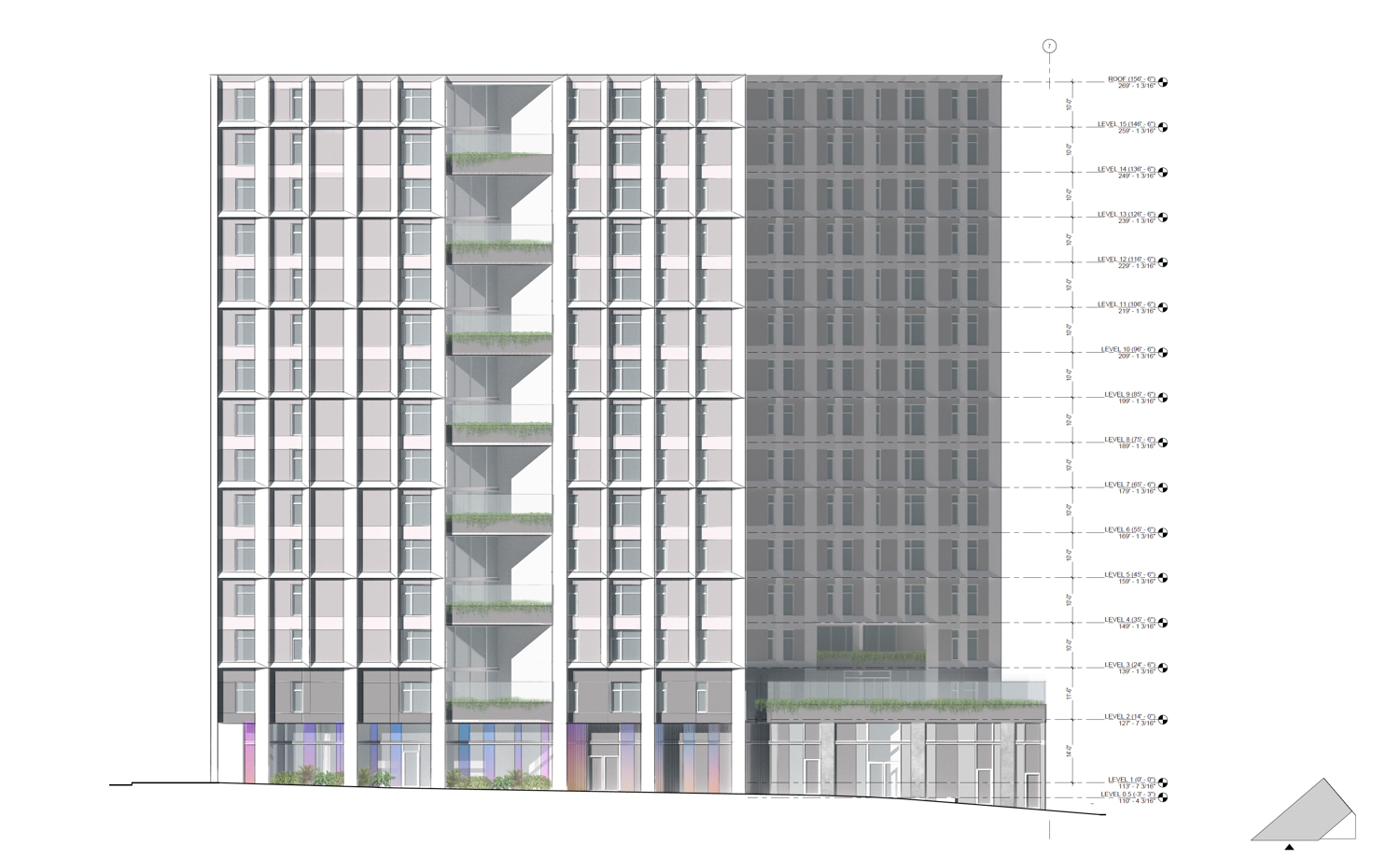 TS Studio is responsible for landscape architecture. The project will feature planters along the streetscape. A second-floor terrace will offer shared open space with the programming to be determined. A vertical cutout will produce several triangle decks on alternating floors facing Duboce Avenue.

Along with the new application, city staff has published a letter confirming that the Mayor’s Office of Housing and Community Development has labeled Mercy’s plans as having priority status through Executive Directive 13-01. The directive, passed by Mayor Ed Lee in 2013, directs all municipal departments with legal authority over permitting or mapping to prioritize projects that are 100% affordable

1939 Market Street will be in a prominent location, located on a flatiron lot at the corner of Market Street and Duboce Avenue. Located in Mint Hill, the residents will find close access by MUNI, walking, or cycling to the Mission District, Duboce Triangle, and the Lower Haight. For regional transit, the 16th Street Mission BART Station is 15 minutes away by foot.

Construction management will be led by RCM, with civil engineering by Sherwood, structural engineering by KPFF, and MEP consulting by Meyers+. The property was purchased by the City of San Francisco in 2020 for $12 million. The current tenants, including the Sheet Metal Workers Local 104, are expected to move out this year or next, ahead of construction. 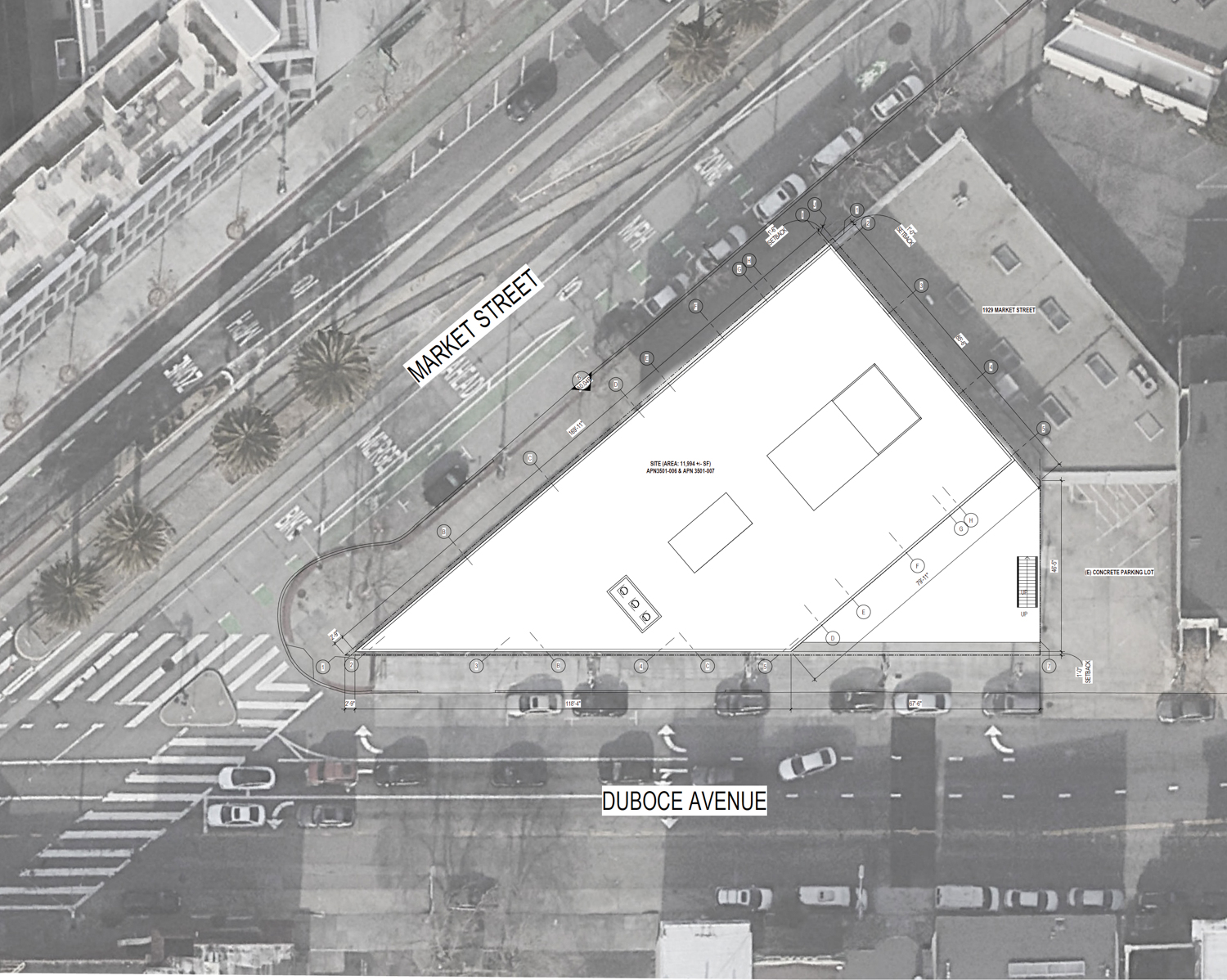 Construction is expected to cost over $100 million, according to an estimate from Swinerton, averaging just over half a million dollars per unit. The project aims to benefit from the State Density Bonus Program, the mayor’s priority designation, and Senate Bill 35.