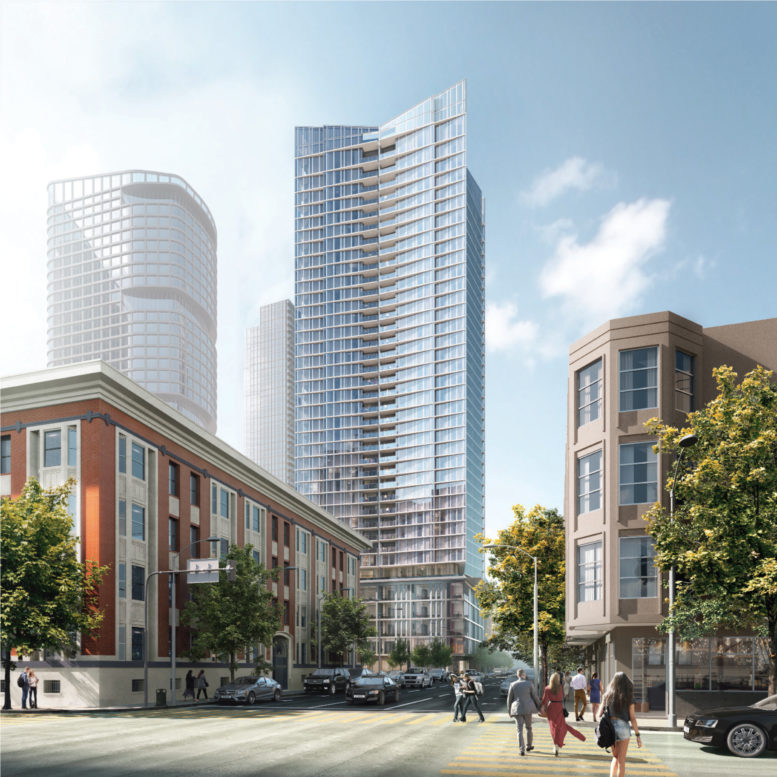 New renderings have been revealed for the residential tower at 98 Franklin Street in San Francisco’s upzoned Hub neighborhood. The new plans show the increased height and residential capacity from an agreement made by Supervisor Dean Preston and Related Companies. The proposal will create a new international school and 385 homes. 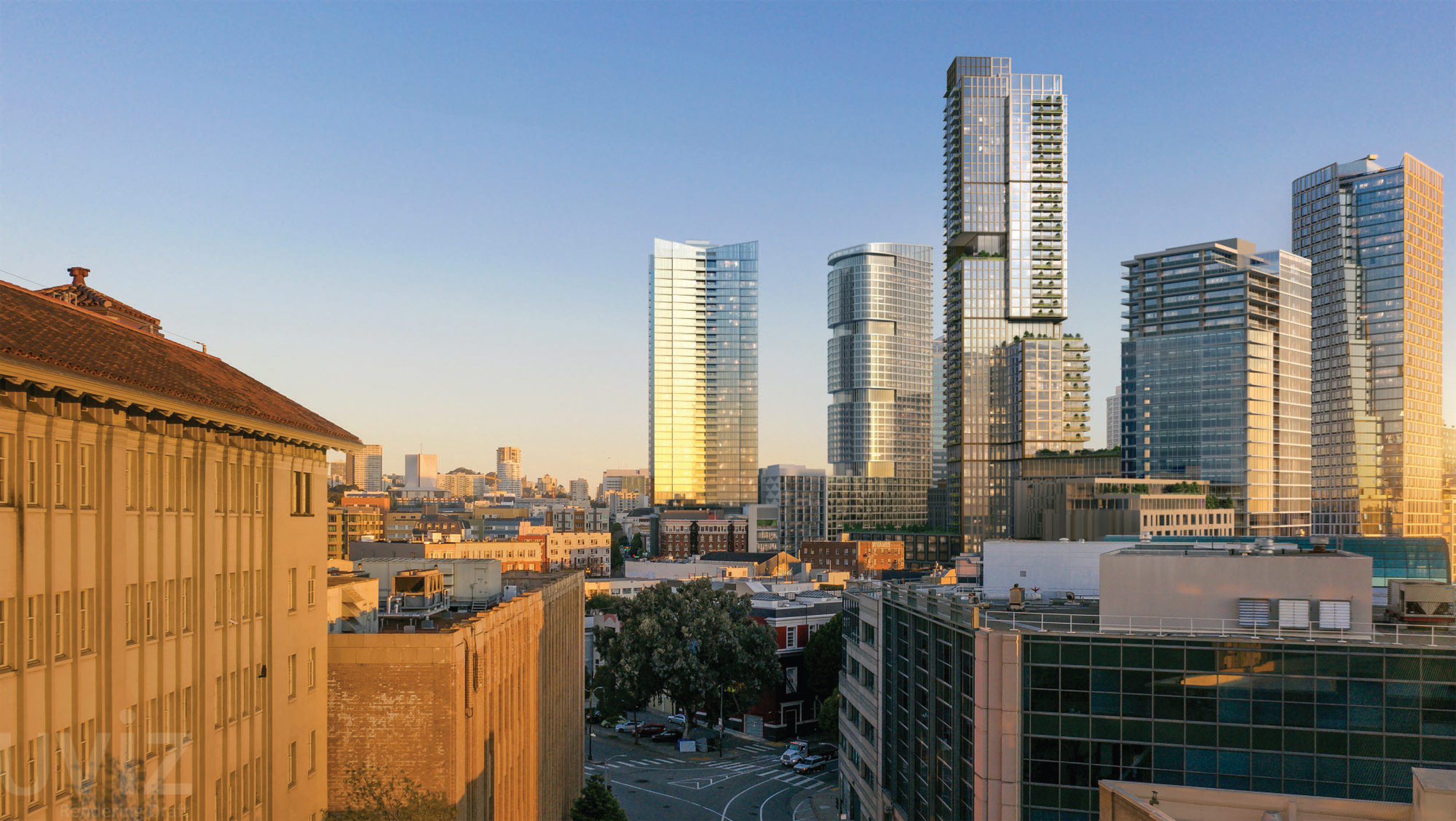 98 Franklin Street view from the south with One Oak and 10 South Van ness visible to the right, rendering by Skidmore Owings & Merrill 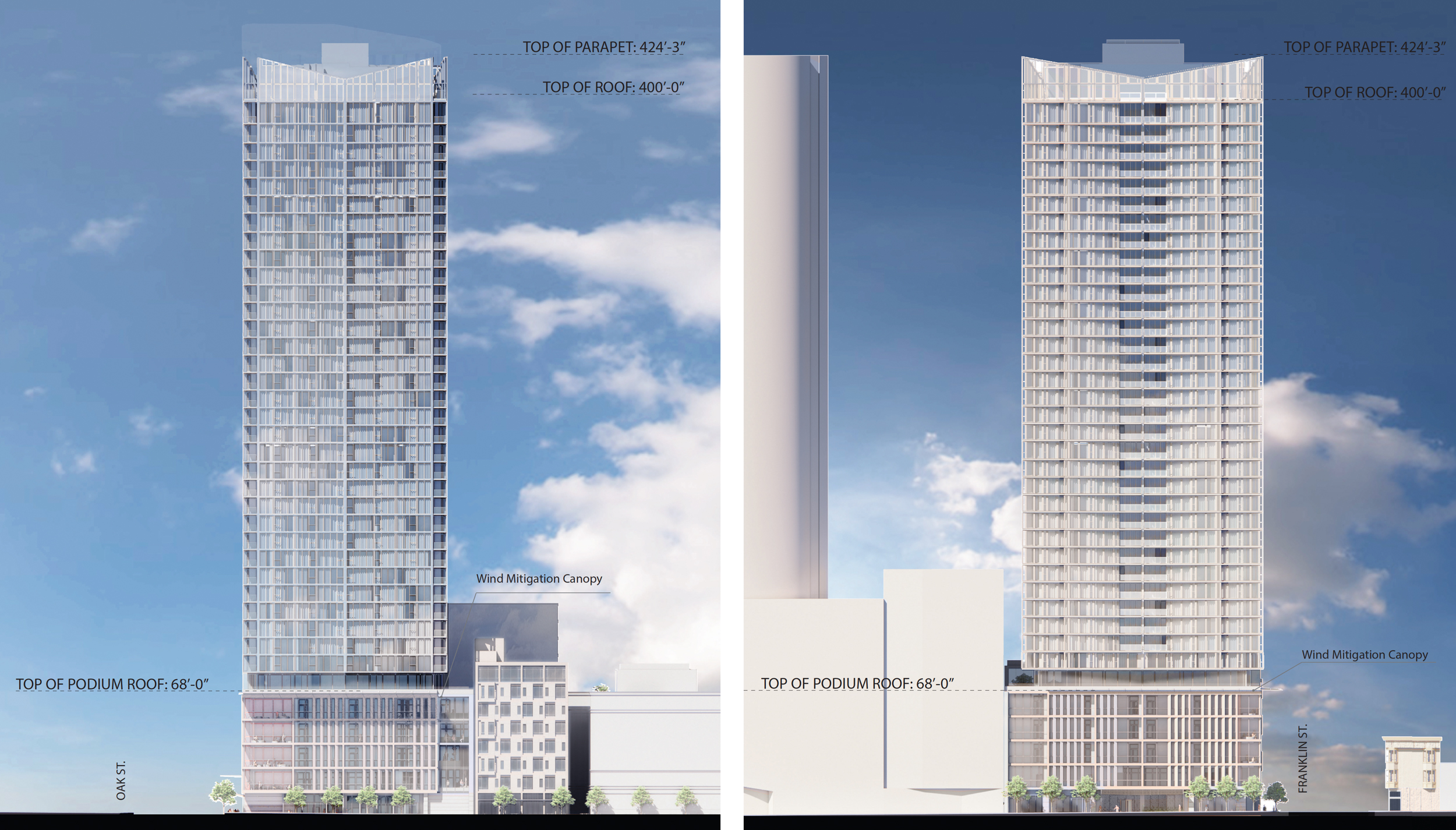 Skidmore Owings & Merrill is the building architect. The new podium design shows a marked difference, relegating stone panels to the first-floor pillars. The curtainwall skin will be framed by metal finishes, and the top of the podium will be established with a projecting cornice. The 33-floor residential tower above the podium will be somewhat simplified, while the top’s angled parapet will be exaggerated.

Mark Schwettmann is the project’s design principal at SOM. Writing with YIMBY yesterday evening, Mark wrote that “the additional units proposed at 98 Franklin address the city’s greatest need within an enhanced version of the original design concept – a uniquely detailed and textured take on the modern residential tower.”

Mark went on to highlight the mixed-use nature for the project, saying “we’re particularly excited about the integration of a residential tower with the new high school campus for the International High School, which makes the best possible use of scarce land in the city’s transit rich core.” The French-American International School purchased the property in 2012 for an unspecified cost. The institution partnered with Related Companies to develop the school alongside the five-story school situated on the building podium. The 400-student facility will include 36 classrooms, a multi-purpose assembly room, a library, and a podium-top terrace. 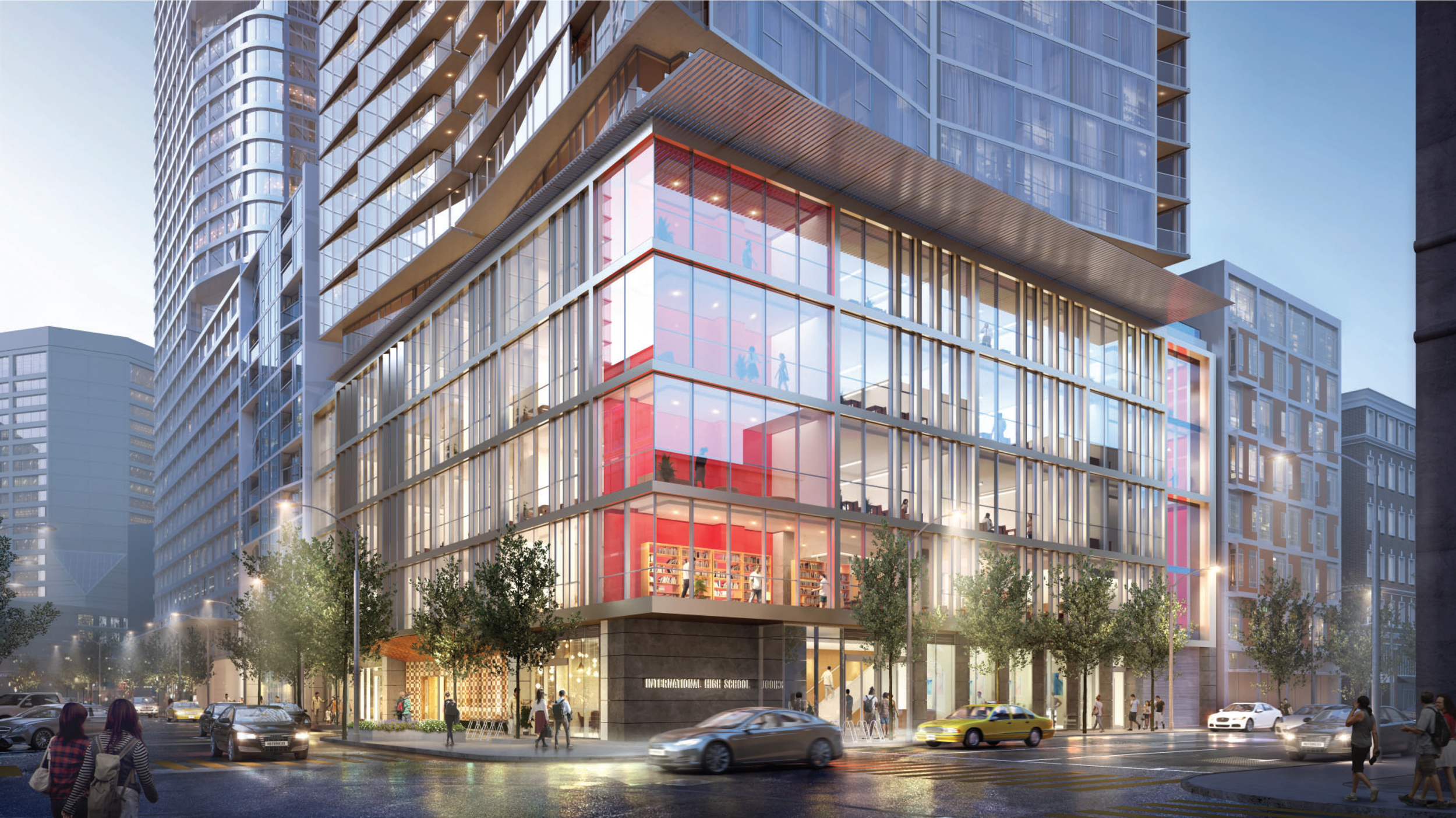 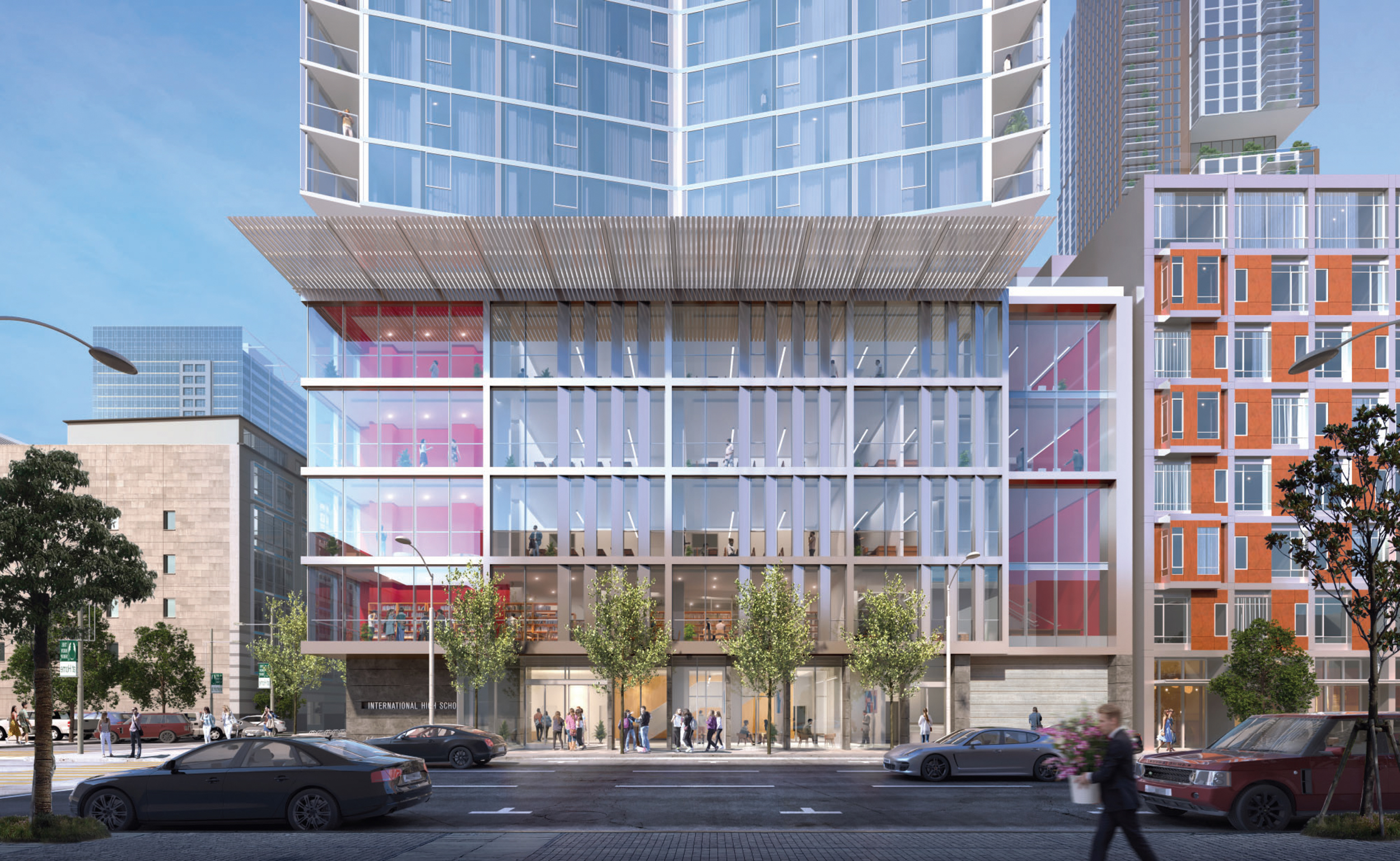 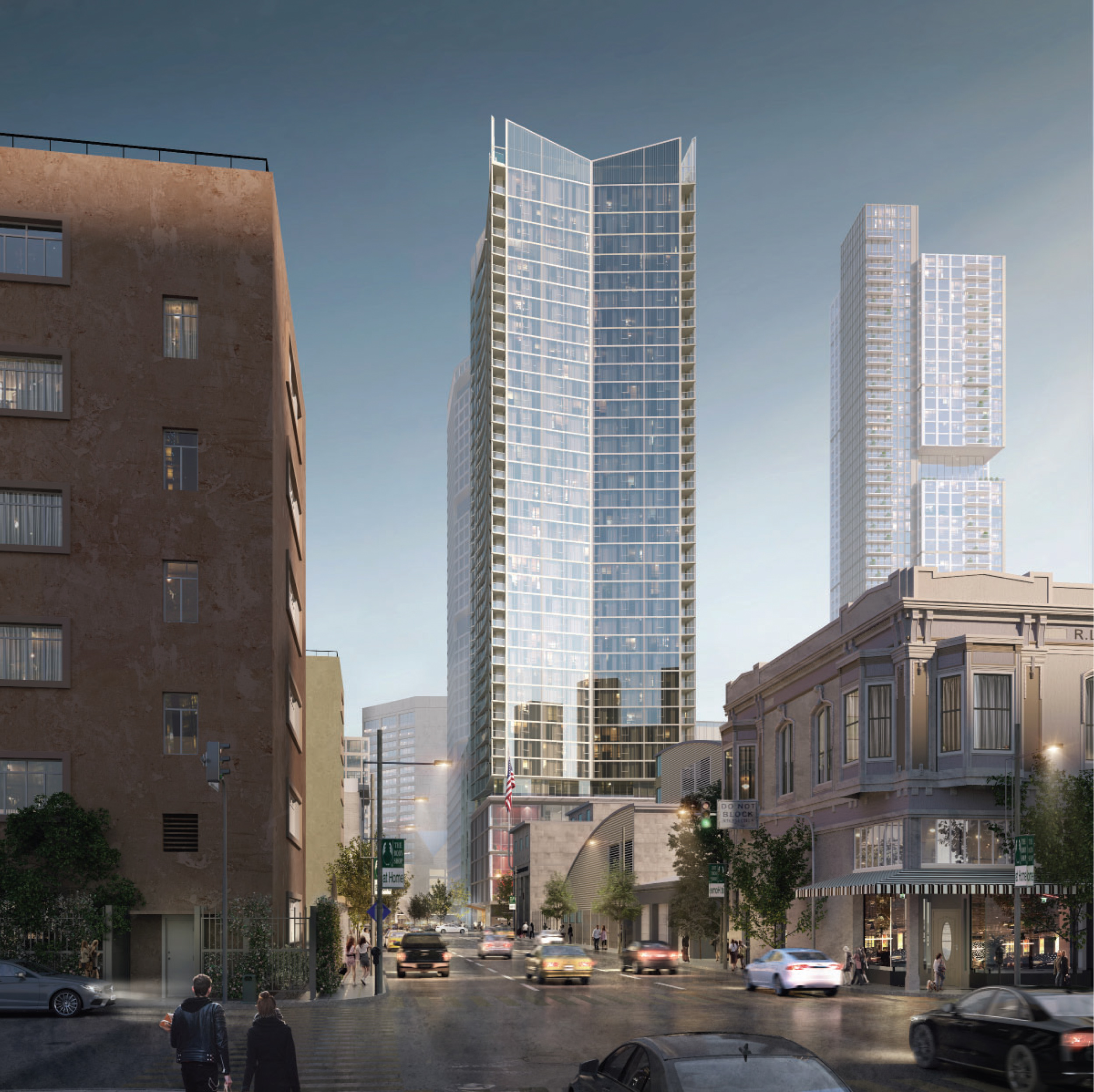 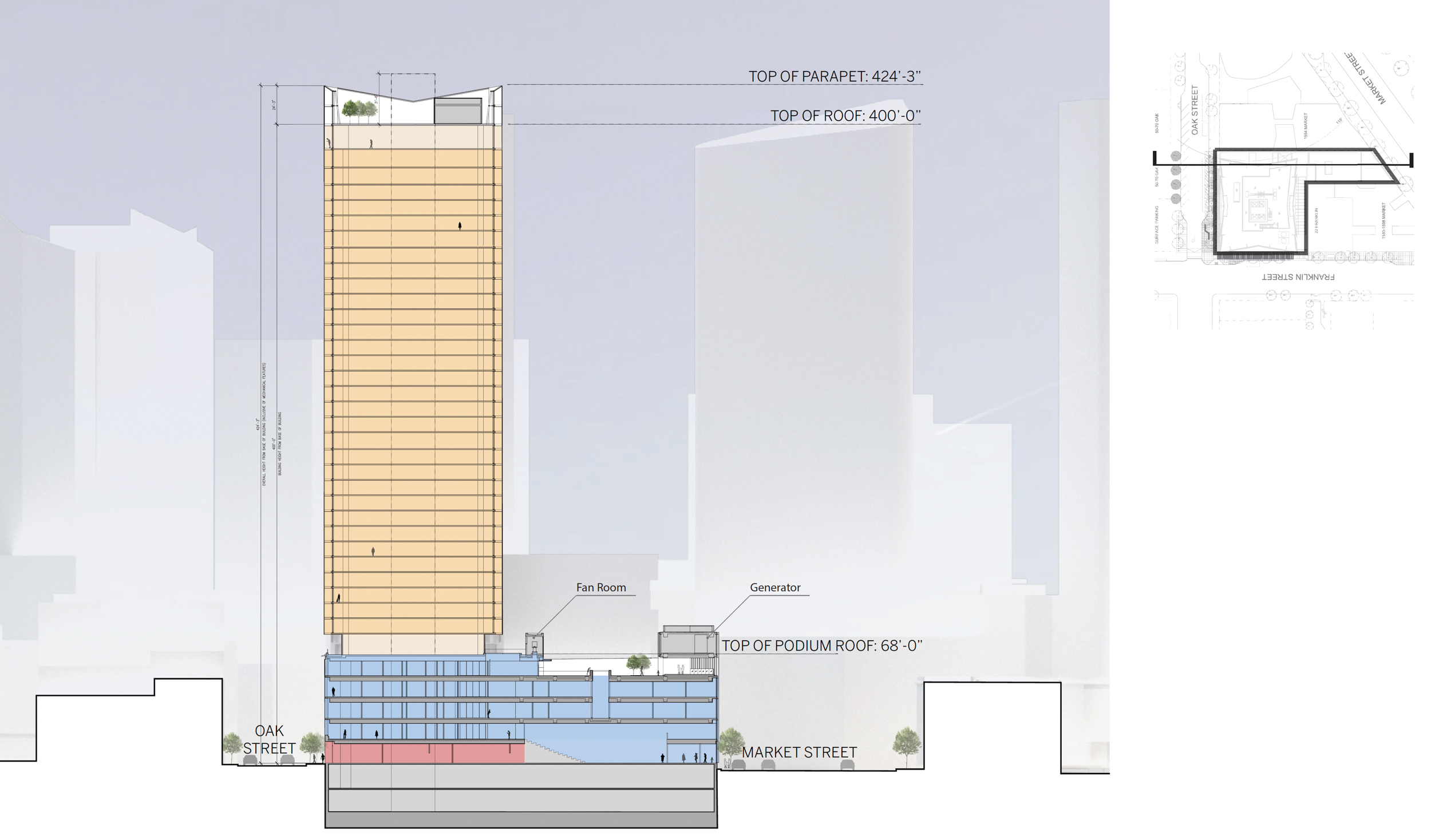 The tower will rise 424 feet high to the parapet above the 400-foot rooftop. Unit sizes will vary, with 275 units for studios and one bedrooms, 72 two bedrooms, and 38 three bedrooms. Residents will have access to a sixth-floor amenity deck with a fitness center and outdoor terraces created by the pinched rectangle floorplate shape. Additional amenities will be included on the 38th floor, and a landscaped rooftop open terrace.

Related has agreed to provide $1 million for the city to develop Parcel K in Hayes Valley, located at the corner of Octavia Boulevard and Hayes Street. The city has expressed interest in replacing the vacant lot, currently used as a temporary restaurant and retail space, with 54 affordable housing units.

In addition to helping on Parcel K, Related Companies will purchase the former McDonald’s property at 600 Van Ness Avenue for the Mayor’s Office of Housing and Community Development, with plans for 168 affordable housing units from 2015. The agreement is expected to get three stalled development with a combined 607 units moving toward construction. 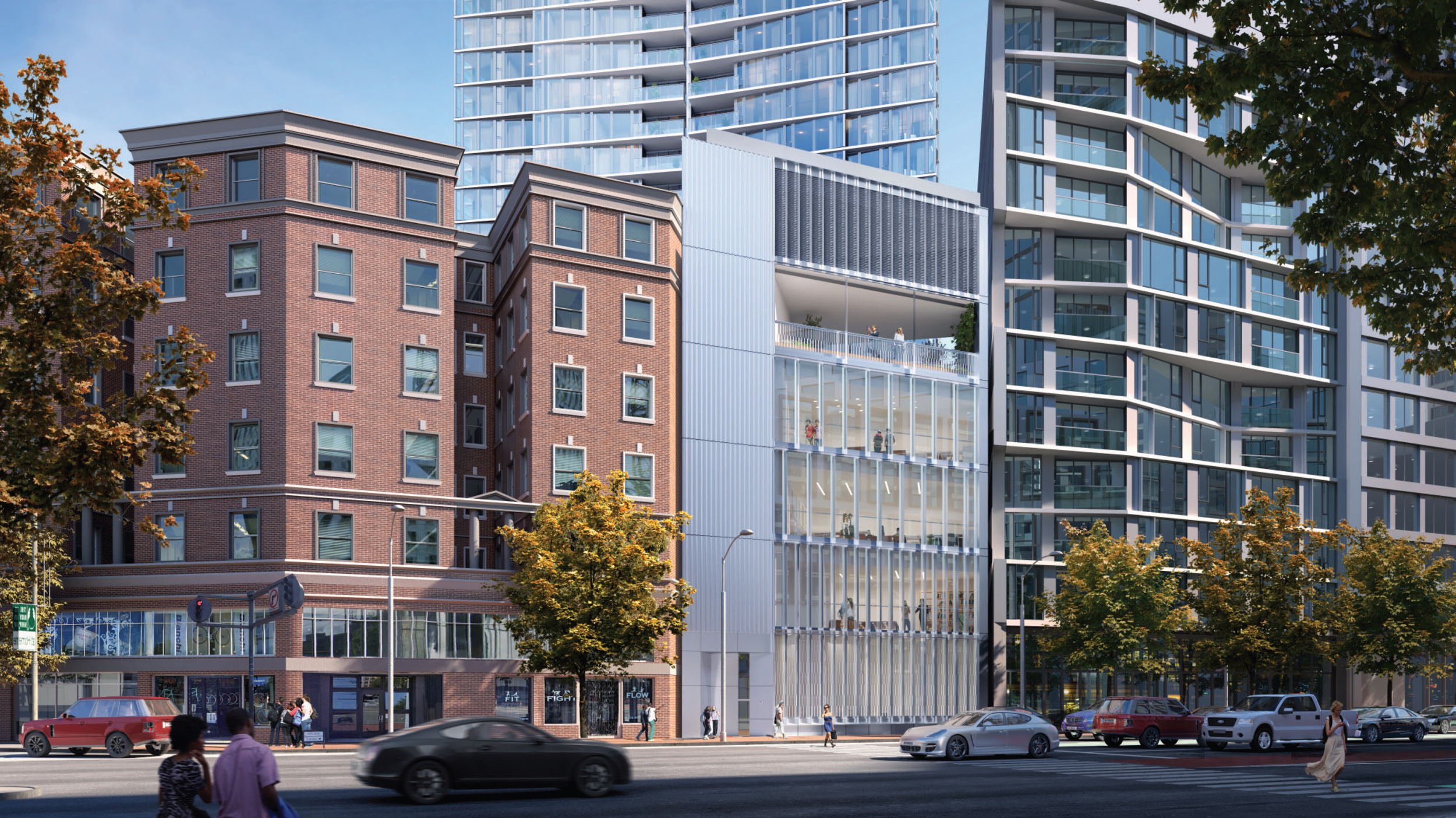 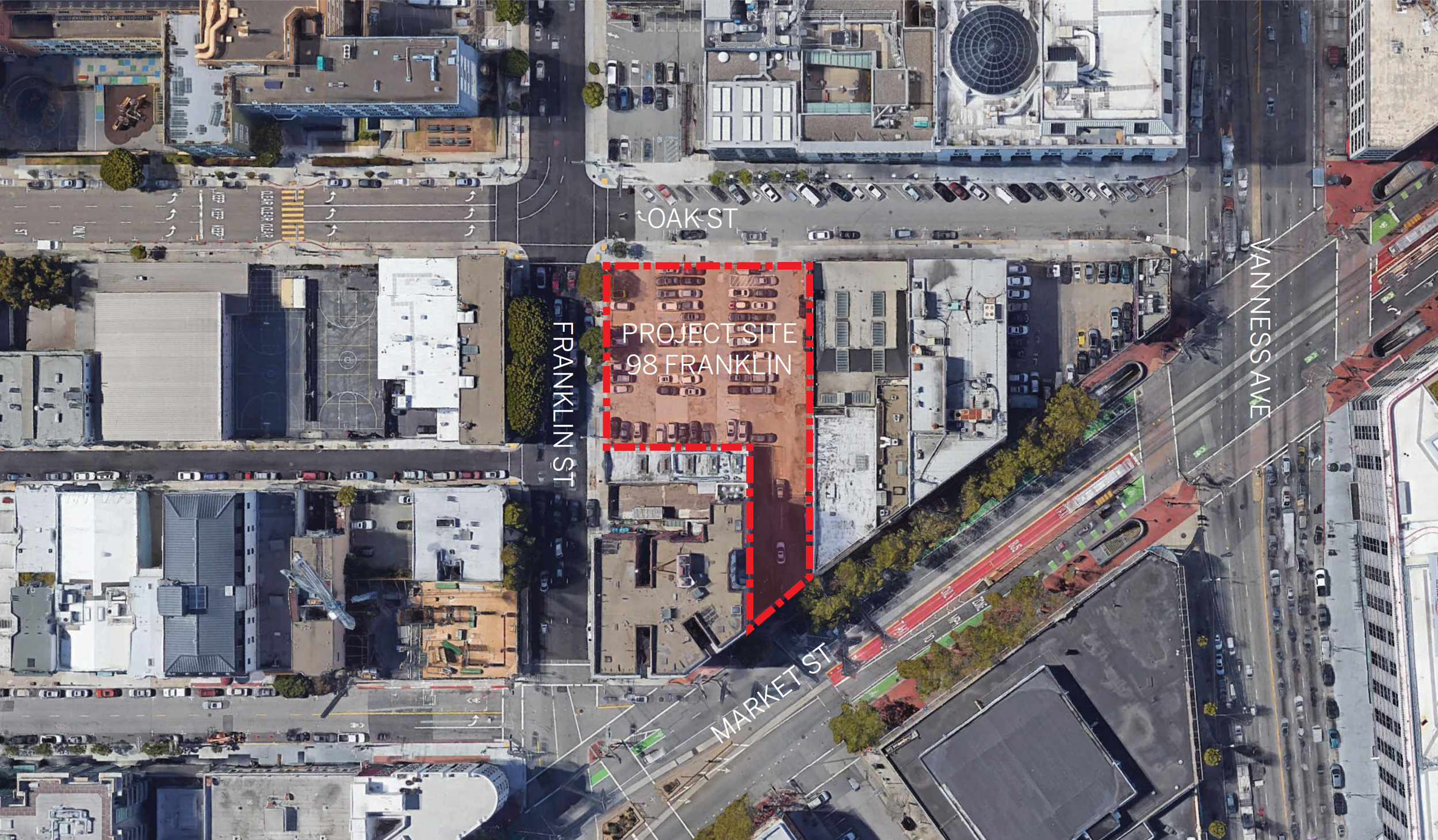 Initial building construction permits estimate construction to cost around $120 million. The estimated timeline has not yet been established.