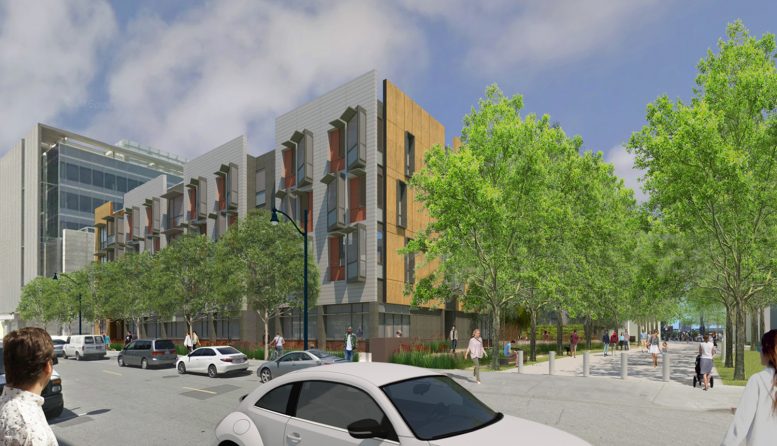 San Francisco Mayor London Breed has announced that the 140-unit development at 410 China Basin Street, dubbed Mission Bay Block 9 in San Francisco’s Mission Bay neighborhood, has broken ground. Prefabricated units will be used to expedite construction. Completion is expected within a year, at which point the project will provide the apartments to people currently experiencing homelessness. 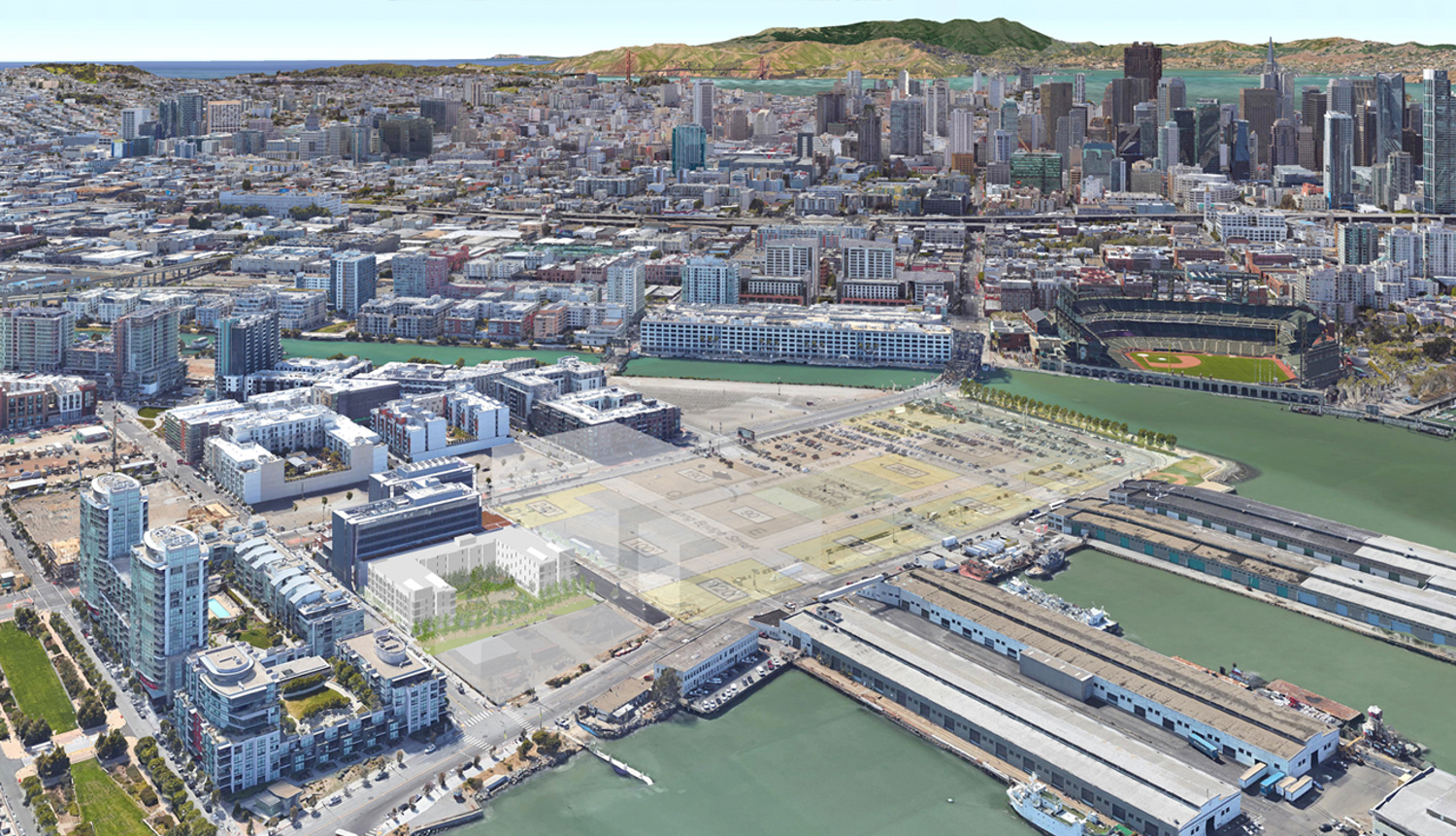 The building is a welcome development for City Hall. The Mayor addressed the social significance of the development, especially given current events, from the office’s press release, saying, “That’s why we created our Homelessness Recovery Plan and why we funded projects like Block 9, which not only create new homes for formerly homeless residents, but also creates new construction jobs to help get our economy back on track.”

Leddy Maytum Stacy Architects is responsible for the design. The team is aiming to receive LEED Gold certification. The design will feature floor to ceiling windows angled to provide residents with extra views. A light grey and golden yellow facade paneling will cover the upper level, with the ground level lined with curtainwall. 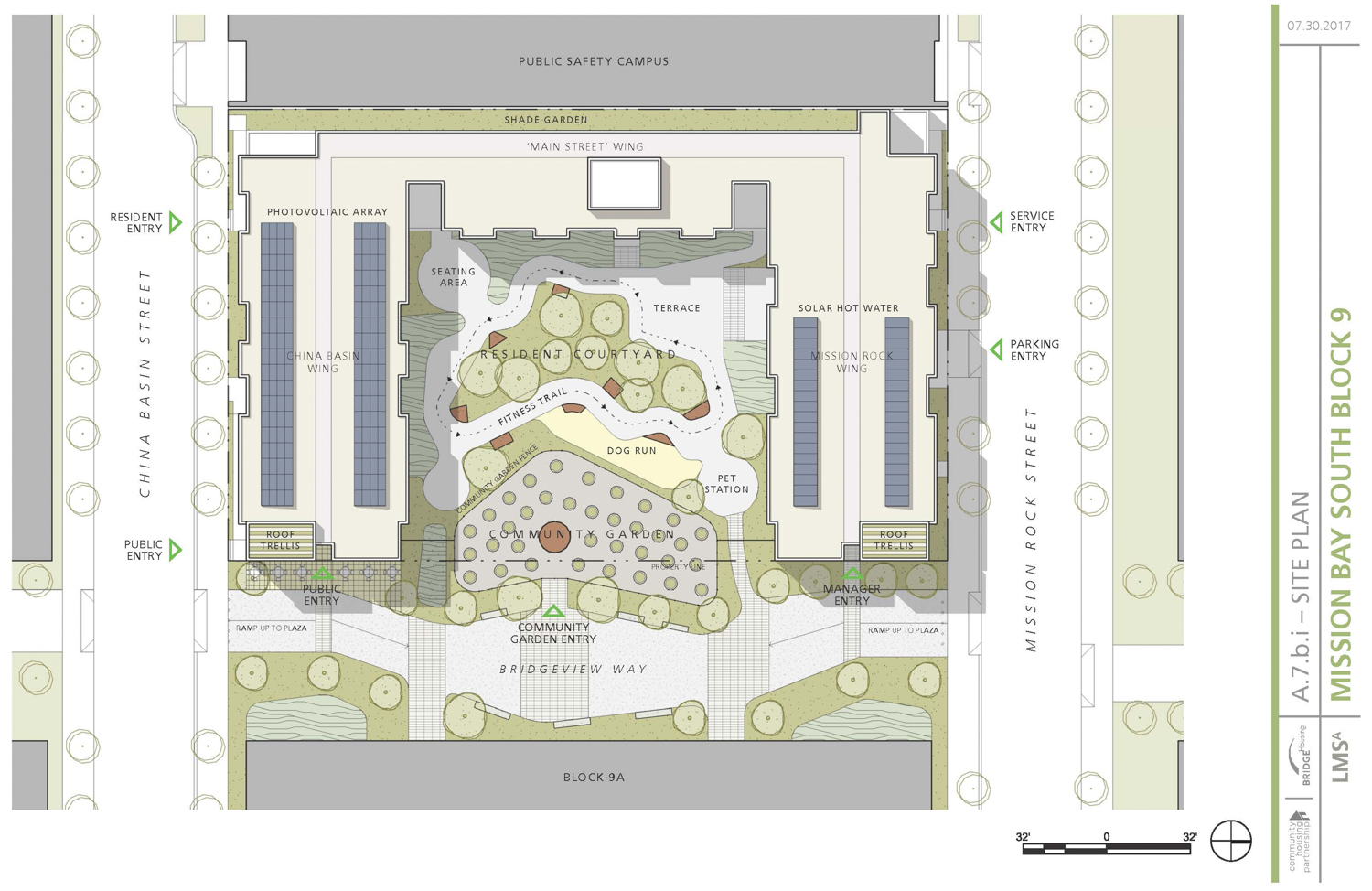 The U-shaped structure forms around a landscaped courtyard open to the public. Designed by TS Studios, the firm explains that “the park-like courtyard [consists] of gardens, landforms, dense urban forest canopy and a continuous bioretention garden for stormwater management. Topography creates layered gardens and walking path that are optimized to balance cut and fill on site. A semi-public community garden connects residents to the larger community, providing a park-like setting for connection and growing food.” 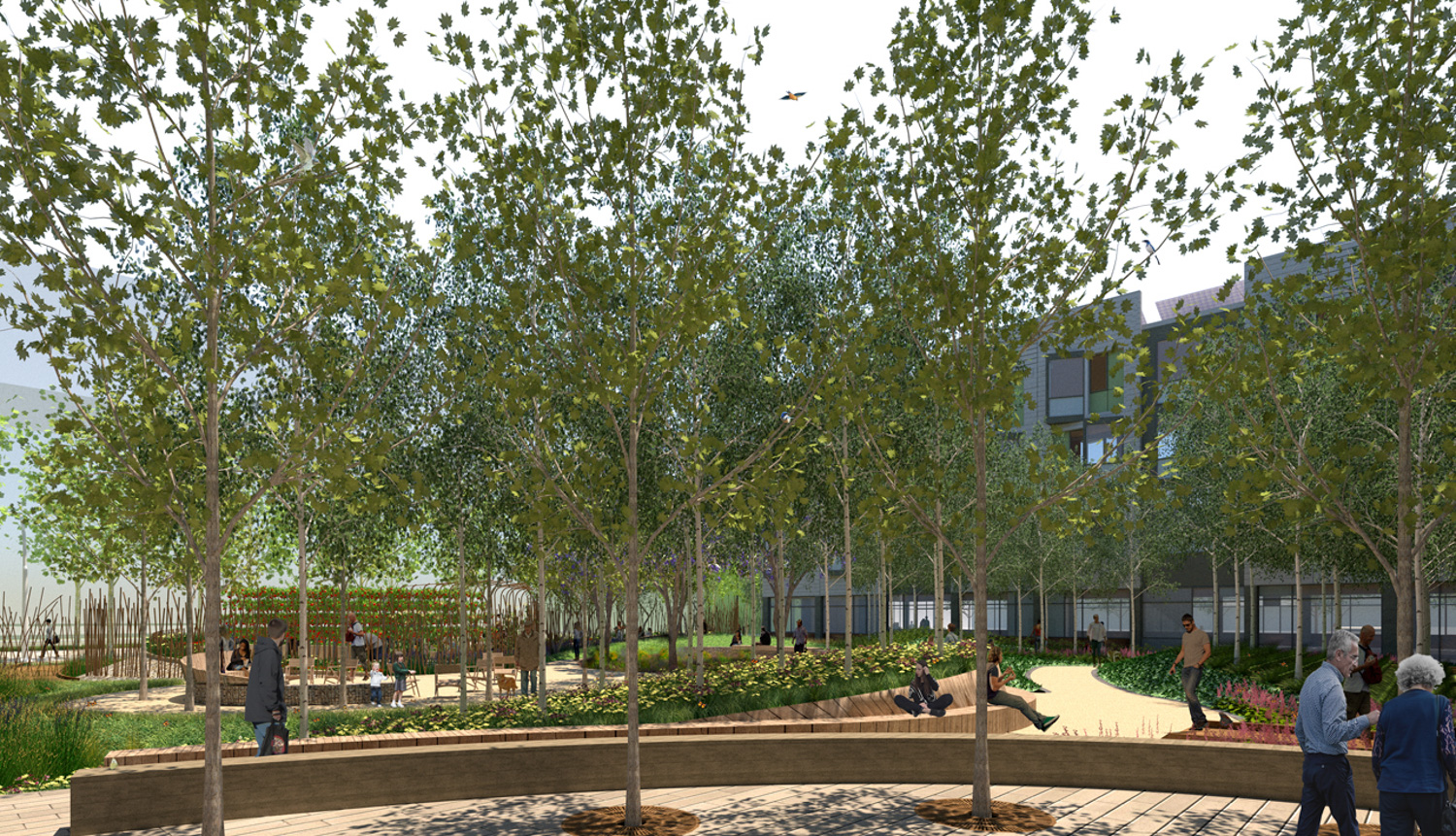 The address comes as part of the city’s Mission Bay district planning, which aims to produce 6,500 new units, $700 million worth of infrastructure, and $8 billion dollars worth of construction.

Permits were filed in January of 2019 and subsequently approved in May. Construction is expected to cost $42 million, with a total budget estimated to be over $86 million.