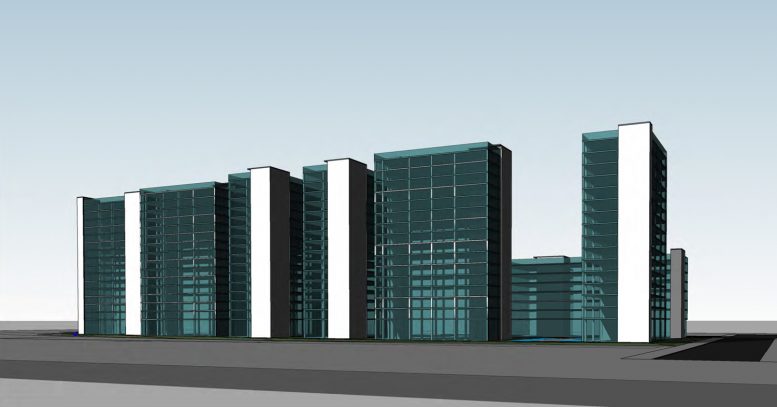 Preliminary planning documents have been submitted to the city for significant mixed-use development at 1325 East Julian Street in the Five Wounds Urban Village of San Jose. Named Via De Camila, the proposal is in the beginning stages, but early documents suggest between seven to eleven buildings with as many as 1,300 residential units. ROYGBIV Real Estate Development is responsible for the project. 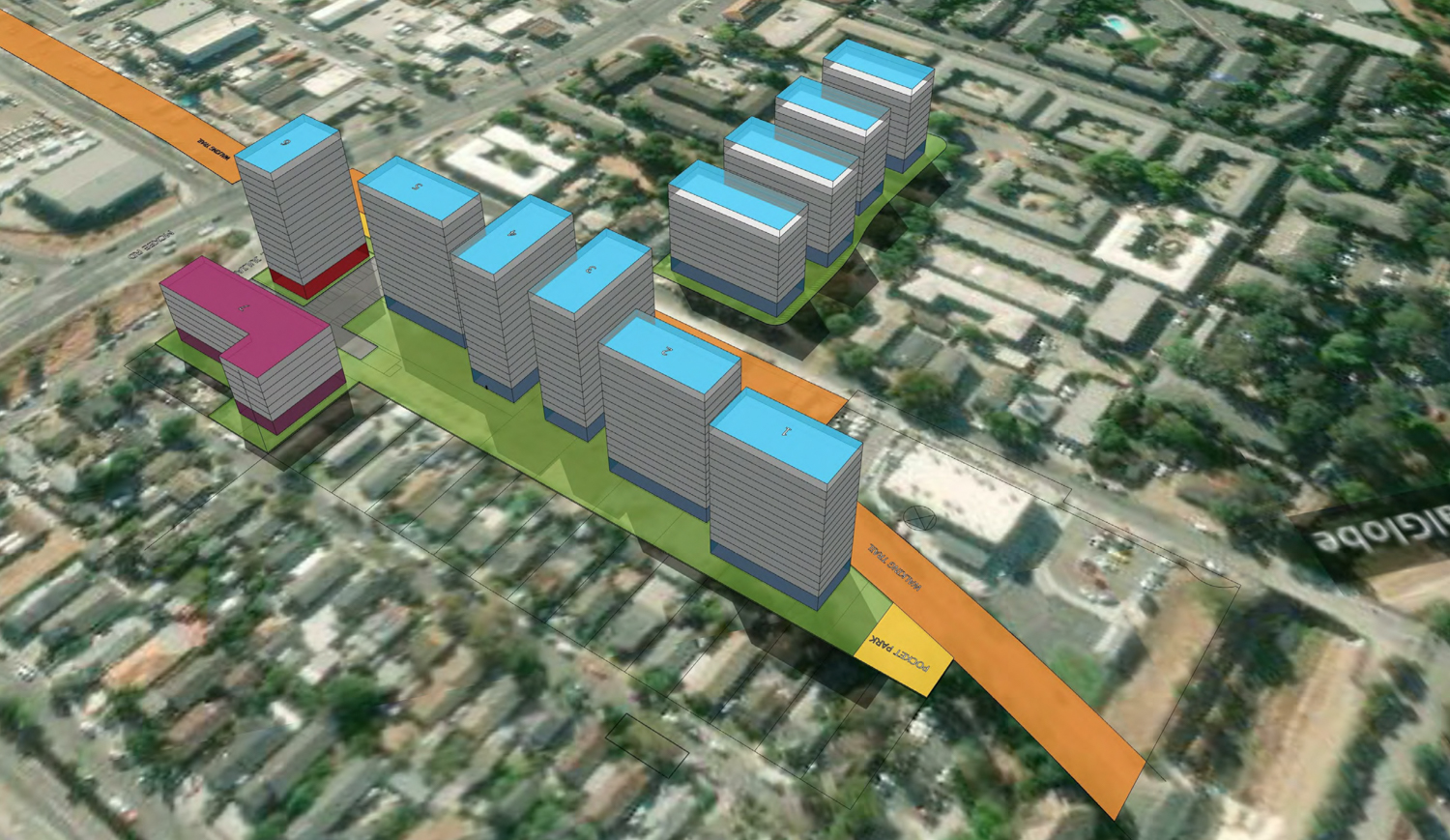 Illustration of the 11-structure proposal for 1325 East Julian Street, massing by Anderson Architects

Anderson Architects will be responsible for the design. The structures are to be built in a non-linear path to create a visually attractive cluster of towers. While the renderings show a curtain-wall facade, these are only conceptual illustrations. The aesthetic can change dramatically as the proposal moves forward. Rising 181 feet, they are not as tall as one might expect and will not alter the city skyline substantially. 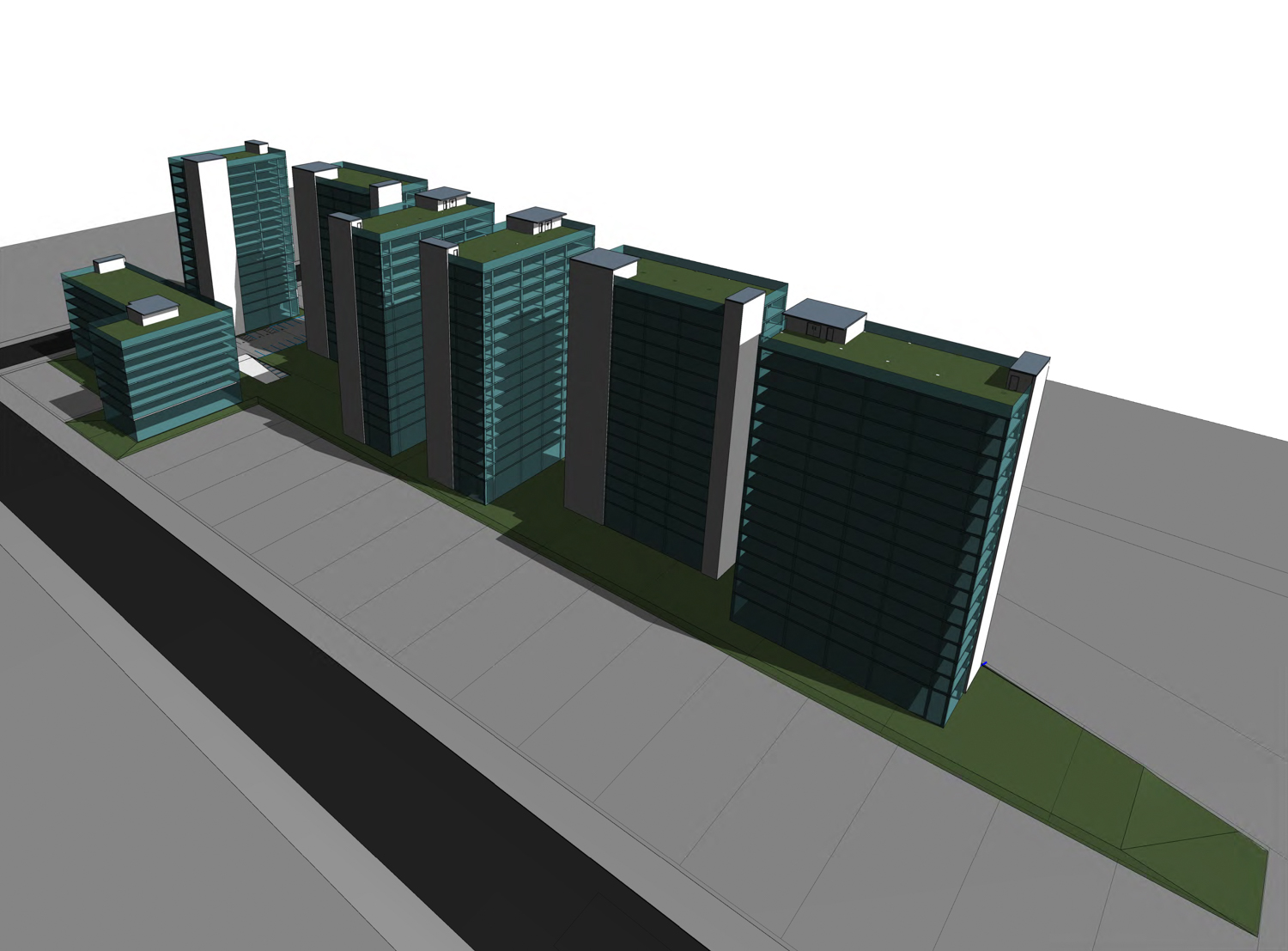 “This neighborhood is in desperate need of new investment. There has been very little new construction in the past 30 years. We are taking blighted vacant land and some antiquated, sub-standard apartments and will construct new affordable housing with modern amenities and much-improved living conditions.”

Filed in late December, ROYGBIV’s planning application describes the nine to eleven buildings ranging in height from seven to sixteen floors with 1,200-1,300 apartments. Preliminary review planning documents show that the seven clustered buildings will create 942 units and commercial retail, office space, and amenities. Parking will be included on-site for 248 vehicles. 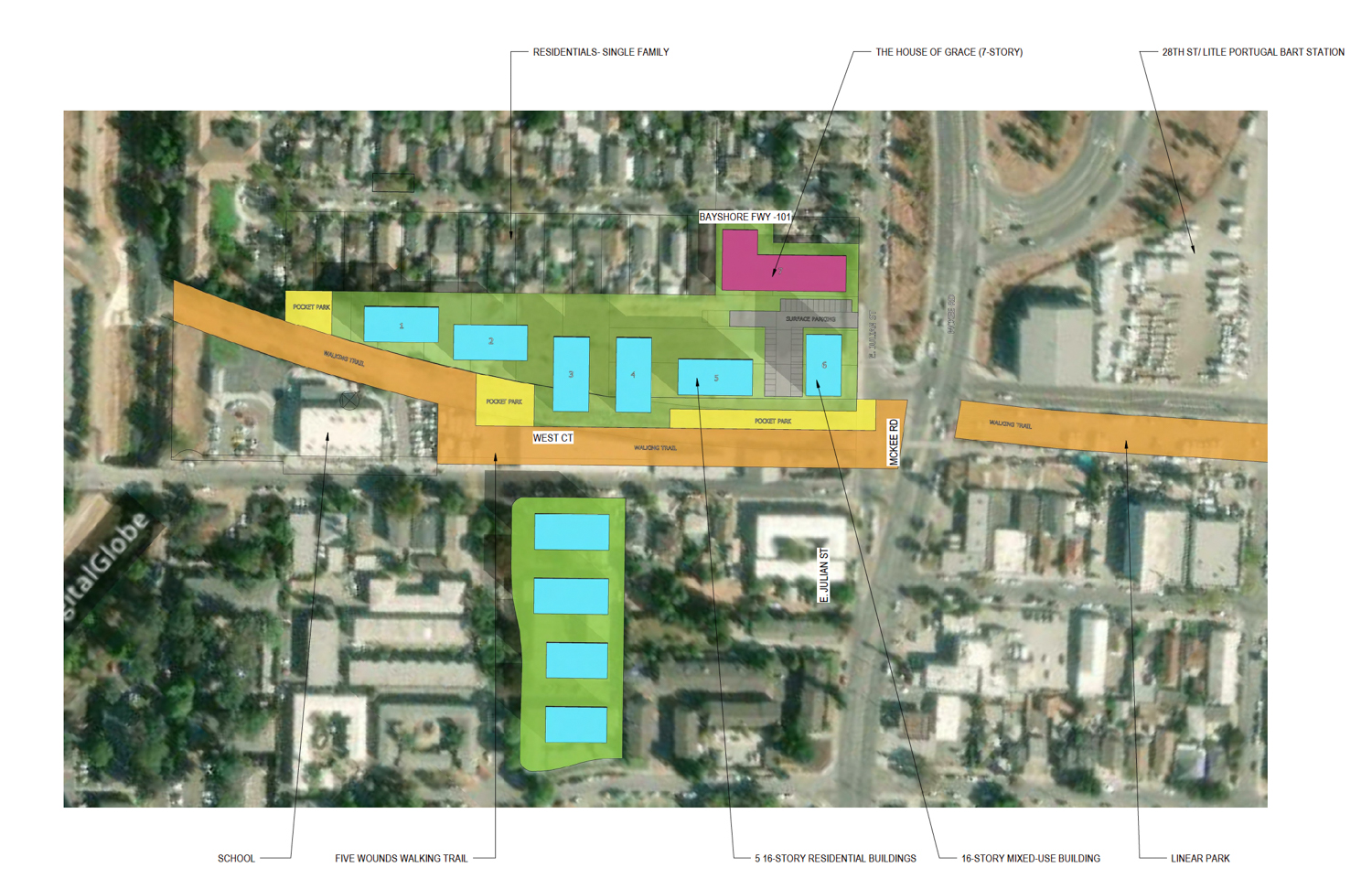 The development will provide affordable housing on-site. The exact percentage is not determined yet. However, the team indicates they hope the project will be created for mixed-income households, with opportunities provided for specific populations, such as veterans. The House of Grace currently stands on one of the existing parcels. ROYGBIV will give the residential treatment facility a new seven-story facility from the proposal, a significant increase from its existing two-story property.

Regarding the process of sales, Schoennauer told SFYIMBY, “It’s too early to know the exact mix of rental versus for-sale. However, development financing, grant funding, and tax credits for affordable housing tend to favor rental housing.” He went on to share, “the project must achieve adequate height and density to be financially viable due to extremely high construction costs.”

The Anderson Architects and ROYGBIV team have a clear vision of Silicon Valley’s capital’s urban future. As covered by SFYIMBY, their proposals move the city in the direction of a conventional urban fabric, with mixed-use buildings near mass-transit to match the demand of a wealthy metropolis starved of housing. The team used the San Jose Planning Department’s Urban Village program to draft proposals to efficiently use valuable city space.

The Five Wounds / Alum Rock BART Station is expected to open in 2030. Via De Camila is the largest proposal for the area now, but one can expect more in the coming years. An estimated completion date is not yet known.