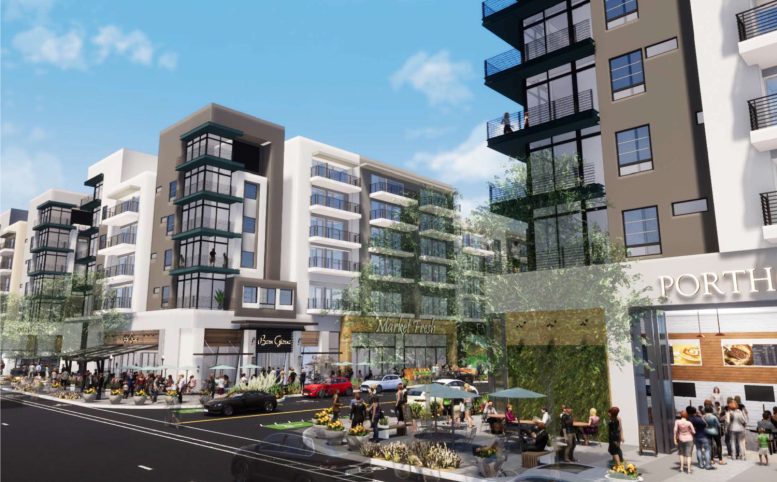 The Union City Planning Commission has given unanimous approval for Station East, a significant residential master plan by Danville-based Integral Communities. The proposal would replace vacant industrial structures and surface parking by Decoto Road and 7th Street with new apartments, affordable housing, and thousands of square feet of ground-level commercial floor space near the Union City BART Station. The vote gives a strong recommendation ahead of the June 8th meeting, during which the City Council will consider giving the final approval to allow construction. 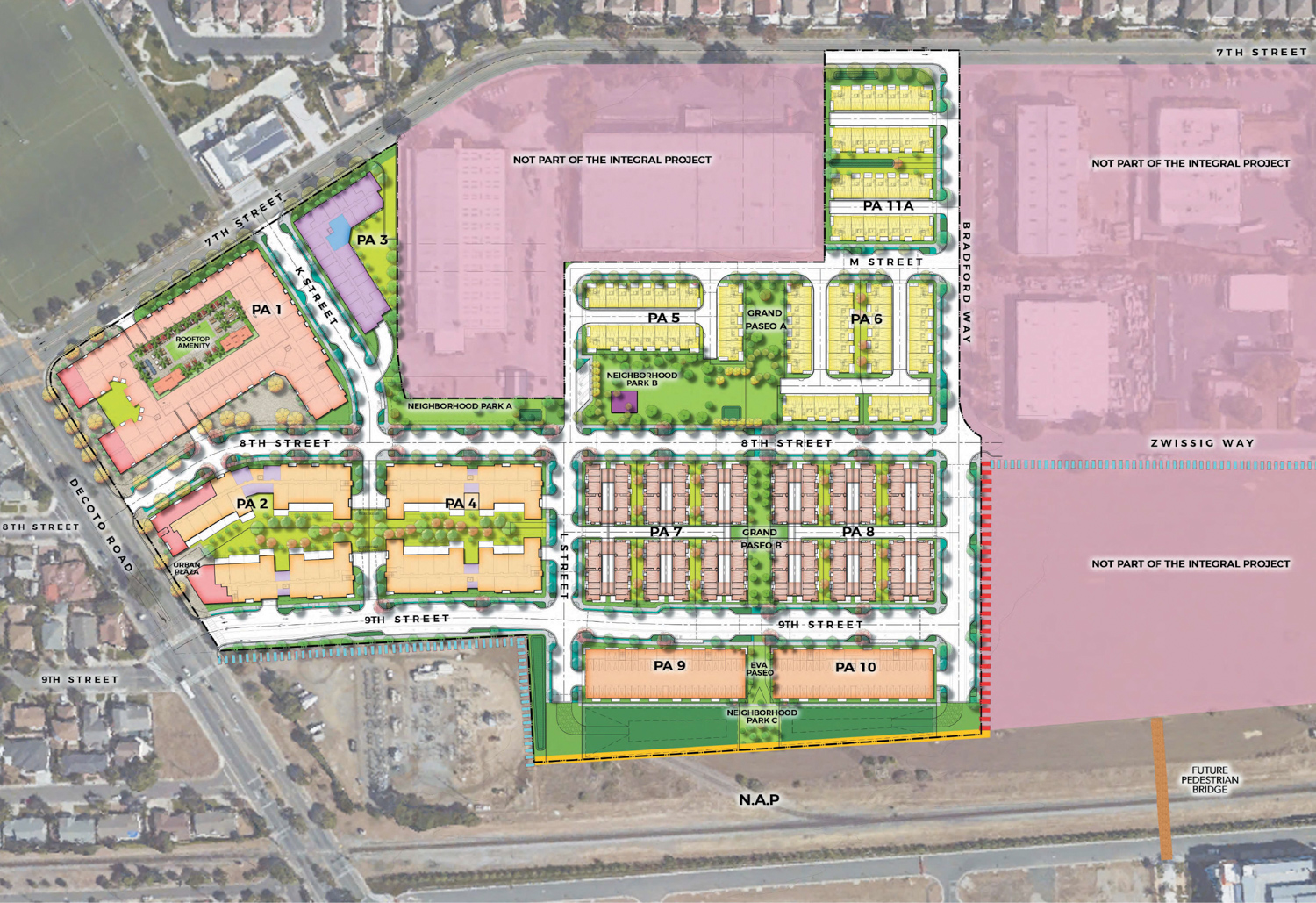 Union City is a historically industrial East Bay city with a population of over 70,000. It is in Alameda County, located between Hayward and Fremont, or on a larger scale between Oakland and San Jose. 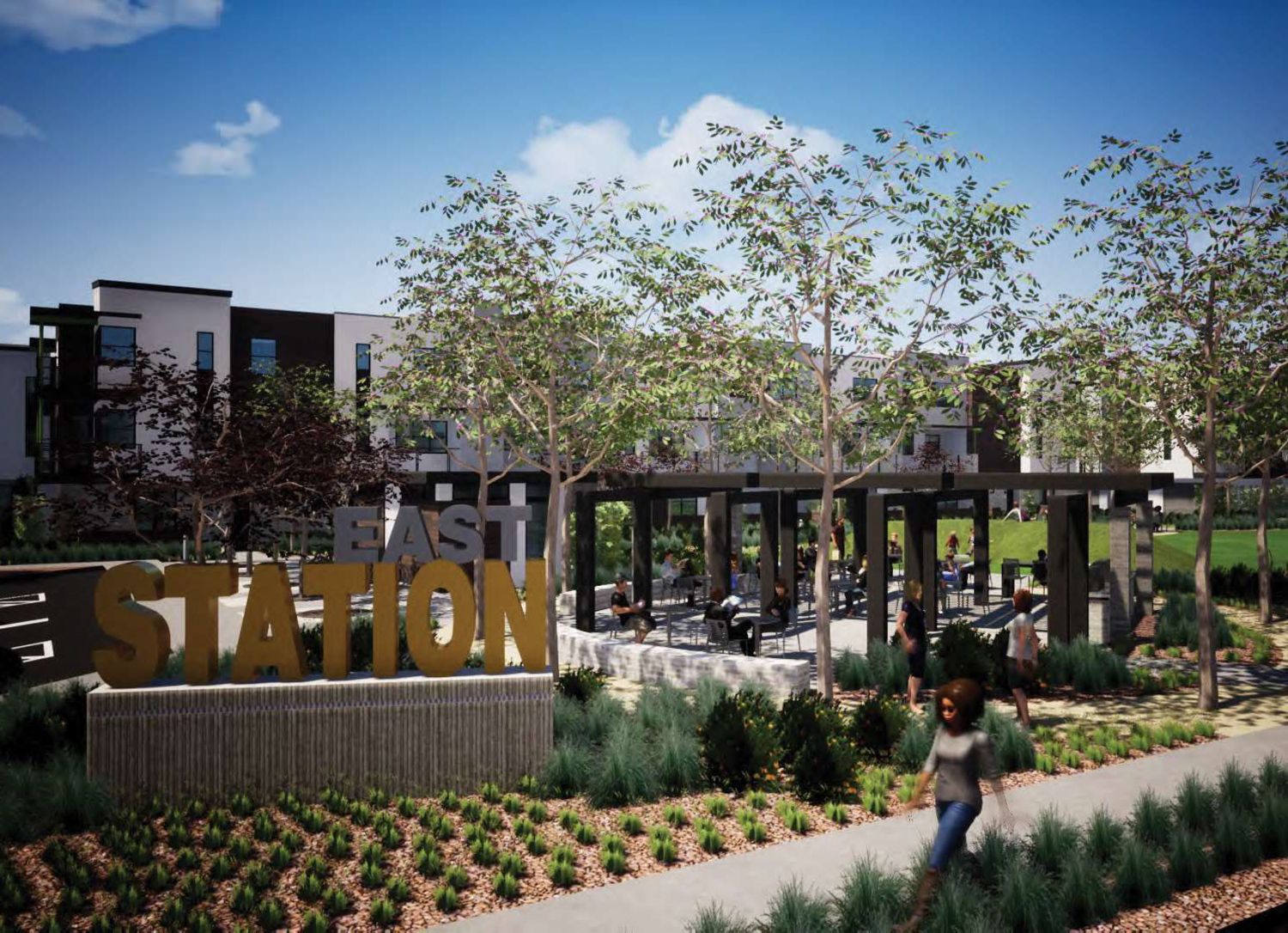 The master plan focuses on a 26.5-acre area around the BART Station dominated by 86,500 square feet of vacant industrial buildings, surface parking, and fields across eleven areas. The demolition will be replaced by around 1.8 million square feet of newly built area, with 974 residential units, of which 146 will be priced as affordable, 30,800 square feet of commercial floor space, and community amenities. Housing will include apartments, condominiums, and townhomes. 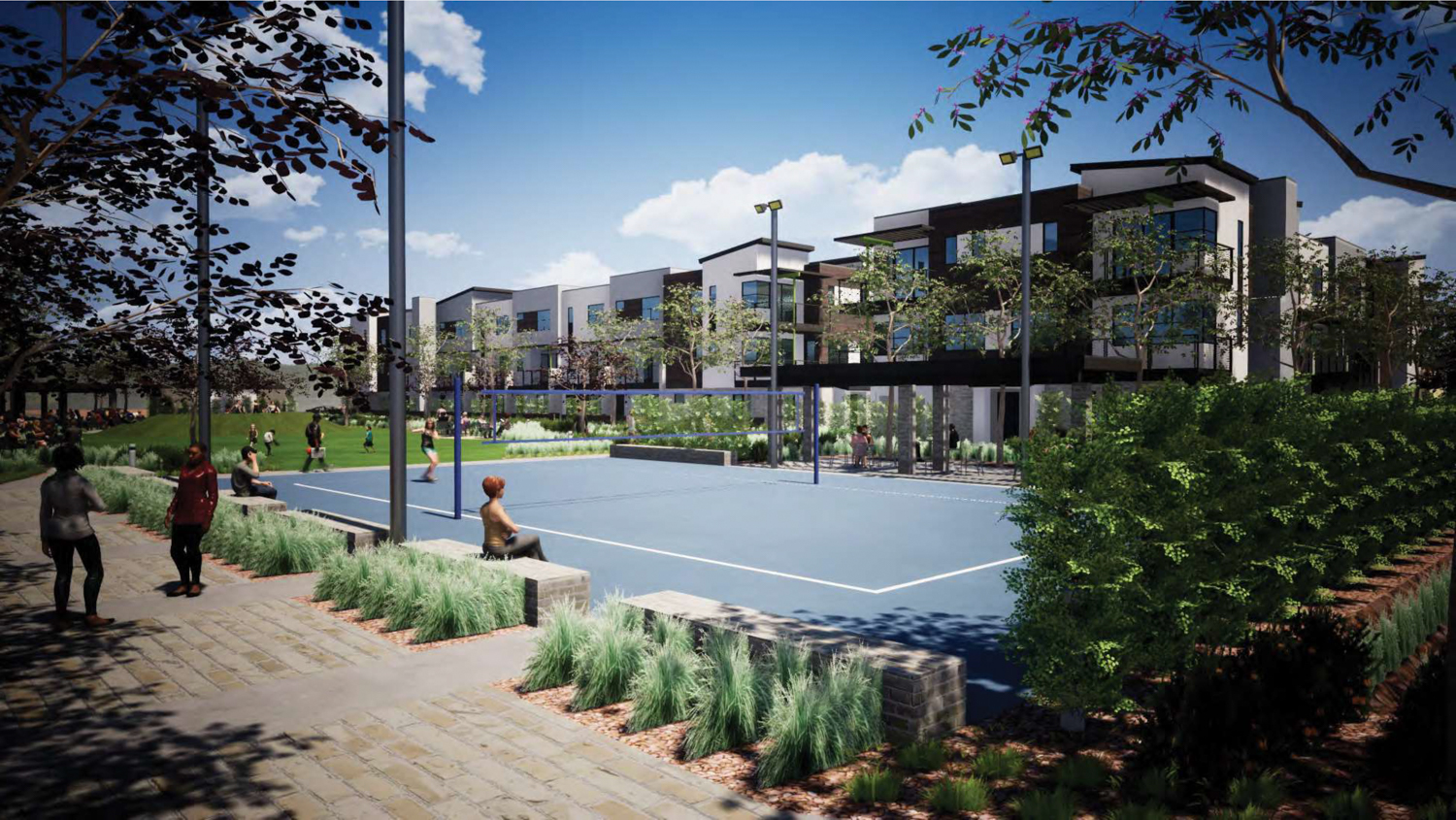 Full build-out will see the construction of 34 buildings, all residential except for one community amenities building. Most structures will range in size from three to five stories. 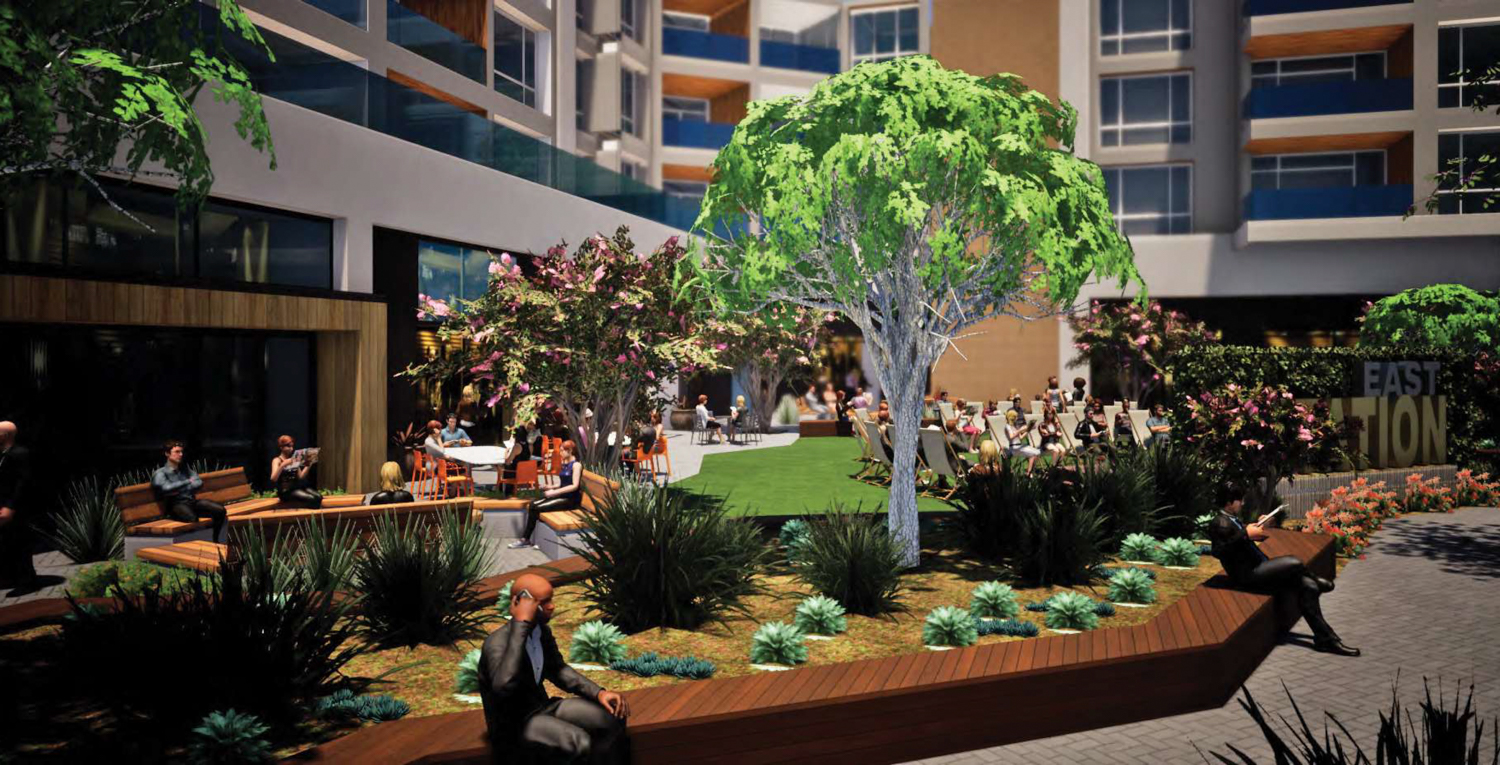 Urban Arena is responsible for the project architecture, planning, and landscape design. The project showcases a familiar style for the Bay Area. The residential structures have articulated facades to break up the massing to improve the pedestrian experience visually. 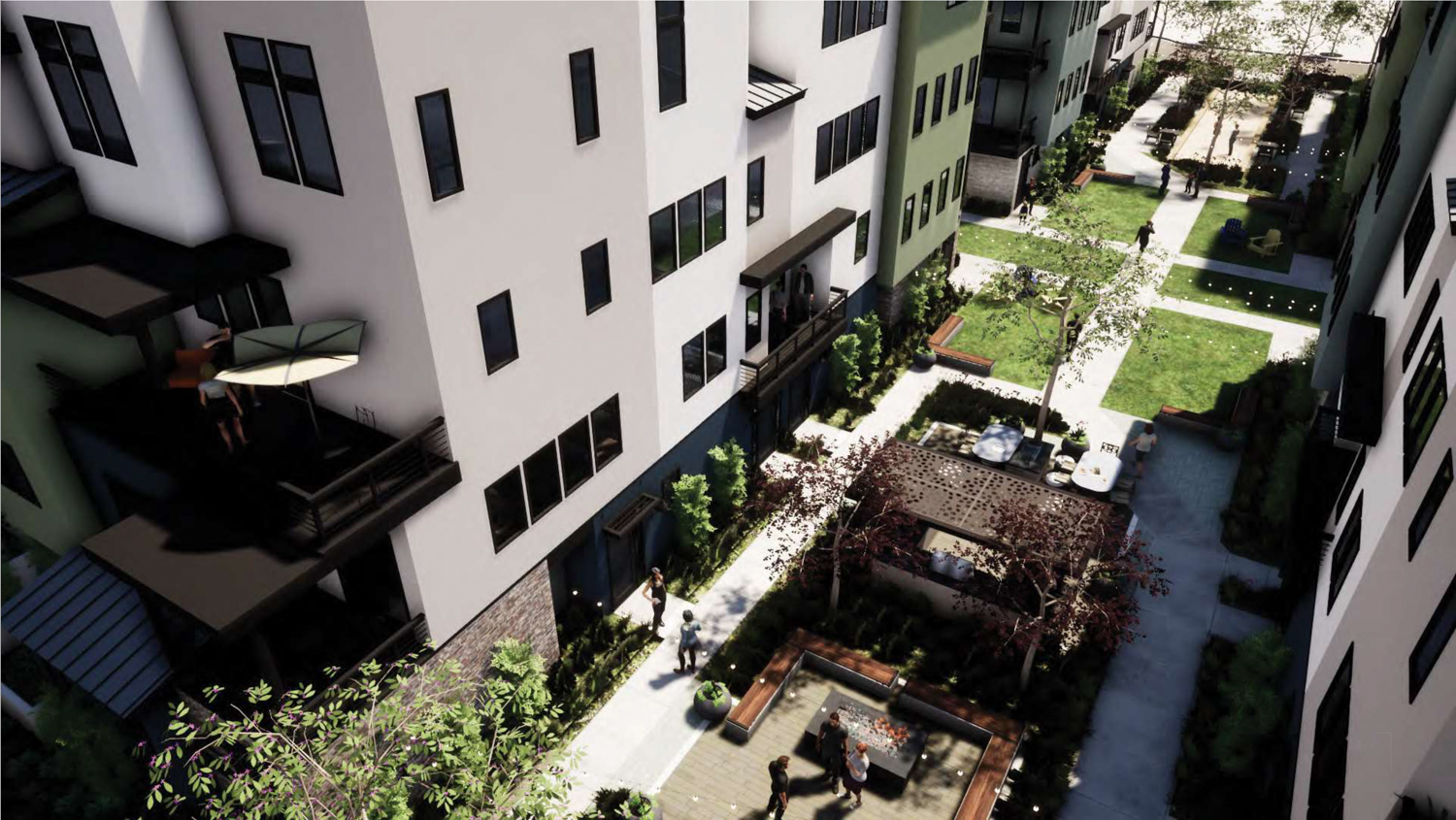 Significant landscaping will help to revitalize the property and attract residents to be outside. There will be a grand paseo extending through three blocks from 9th to M street. Two more neighborhood parks will be included along 8th Street. Other site amenities will consist of an outdoor amphitheater and a tot lot playground for the youth. 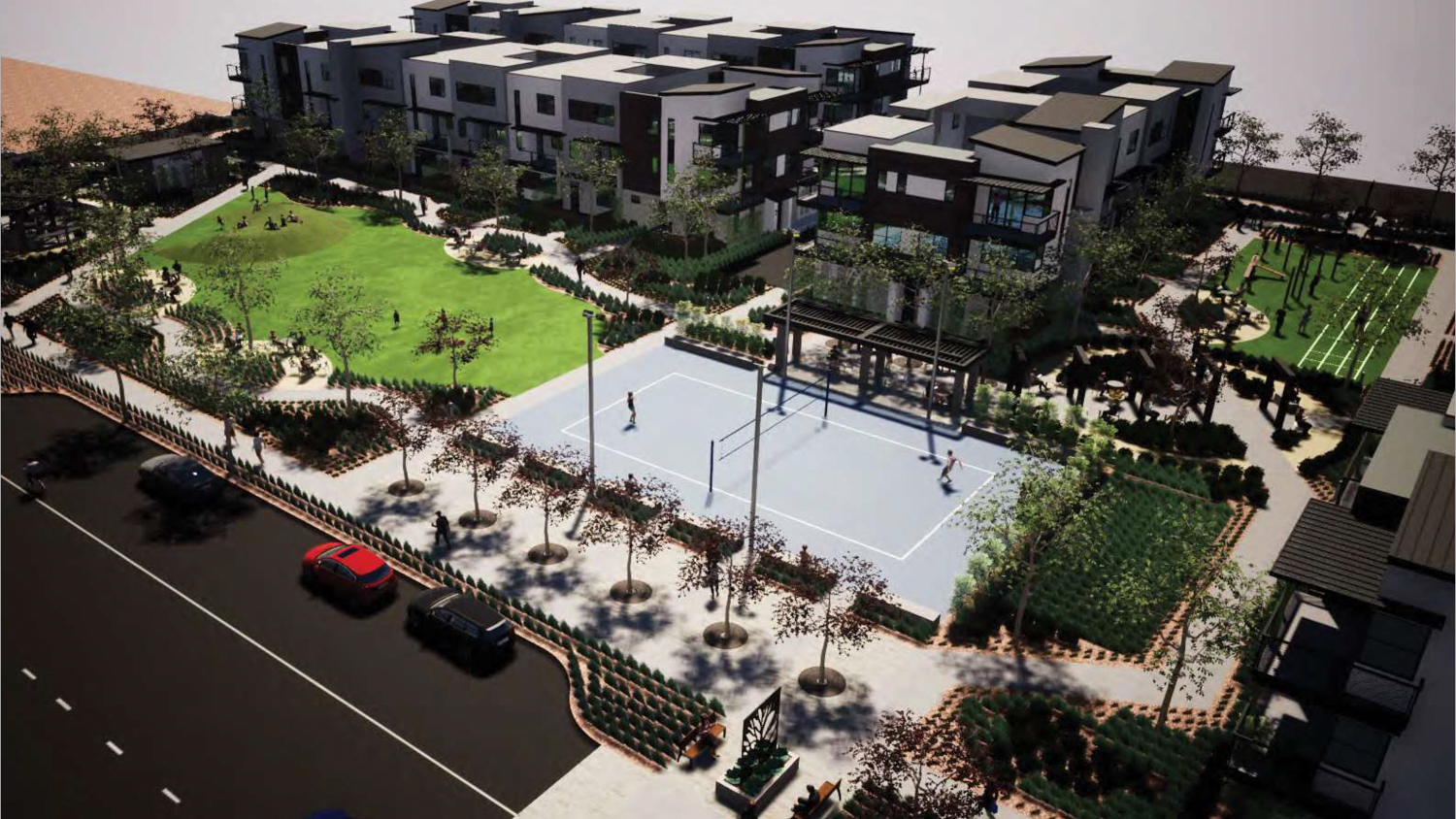 The neighborhood is being designed to accommodate pedestrians, vehicles, and bicycles. Sidewalks will feature shading from the landscaping. Parking will be included on-site for 1,791 vehicles, of which 190 will be on-street surface parking. Long-term and short-term parking will also be included for 458 bicycles.

The Union City-based Williams Brothers are the property owners, operating through The Station East Owner LLC. Construction will take place across two phases and last approximately 4.5 miles. The developers expect the project to be finished as early as 2026.