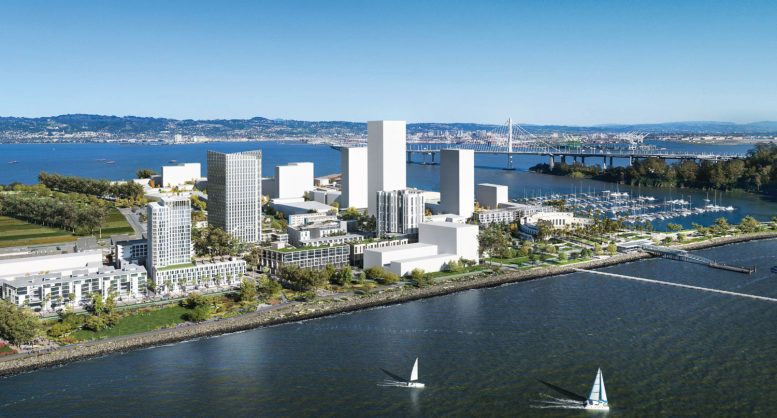 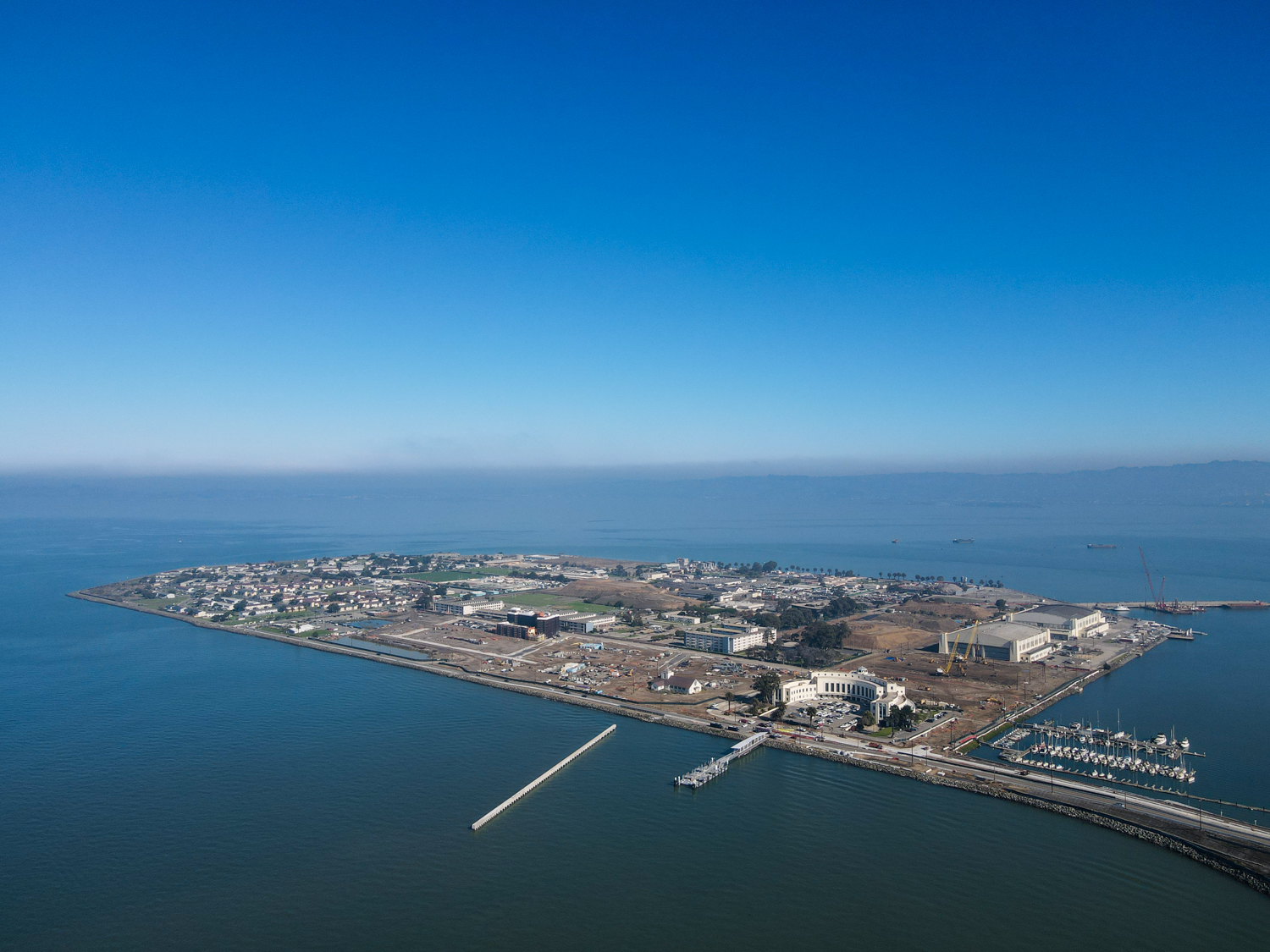 Treasure Island aerial update from above the Bay 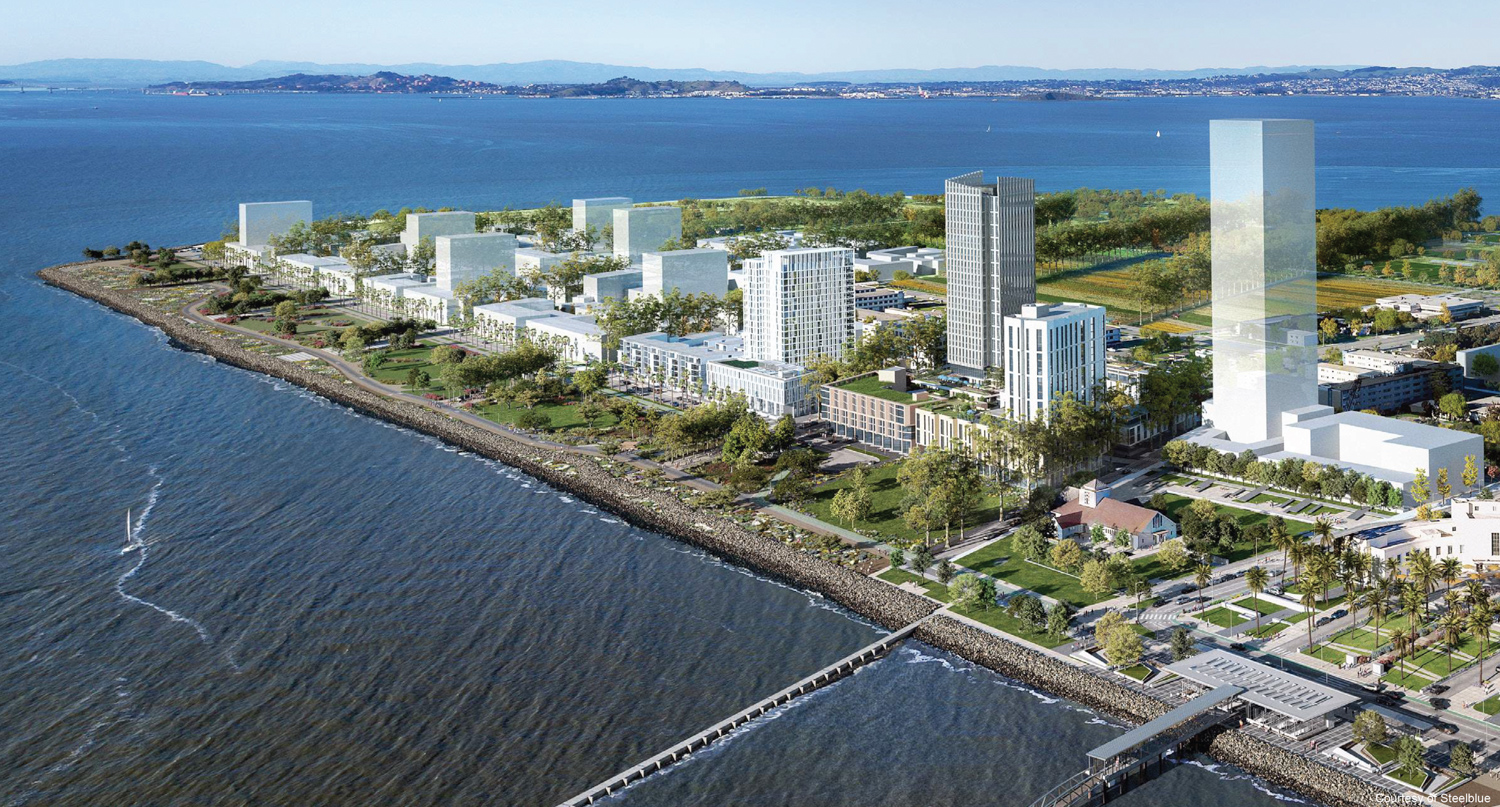 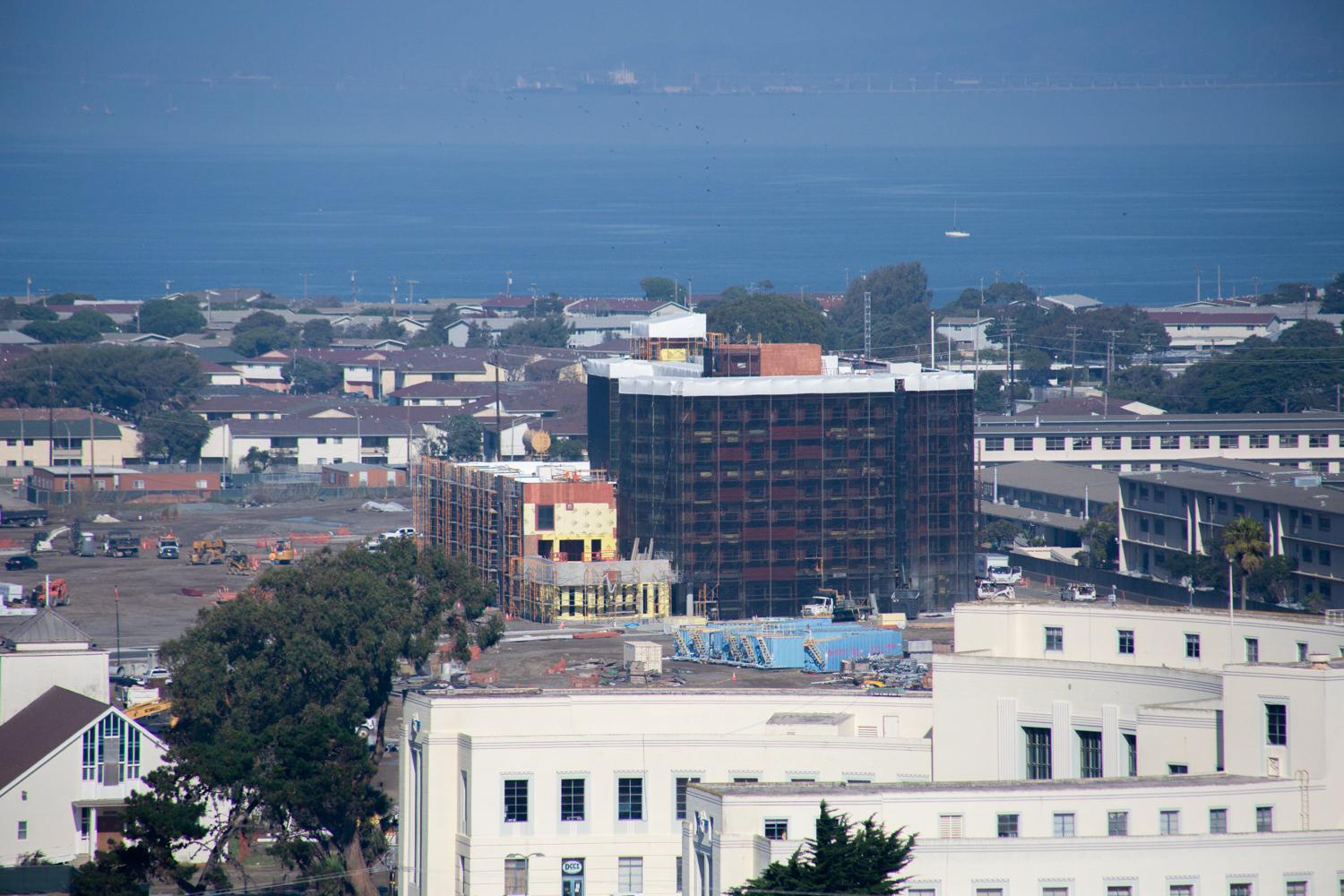 The Maceo May Apartment, image by Andrew Campbell Nelson

Construction has topped out for the Maceo May Apartments, i.e., Parcel C3.2, an affordable housing project geared for veterans. The $75 million six-story modular structure spans 104,500 square feet for 105 units, ranging from studios to two-bedroom units for formerly homeless veterans and their families. The project will be delivered to the Chinatown Community Development Center and Swords to Plowshares, a Bay Area-based developer. 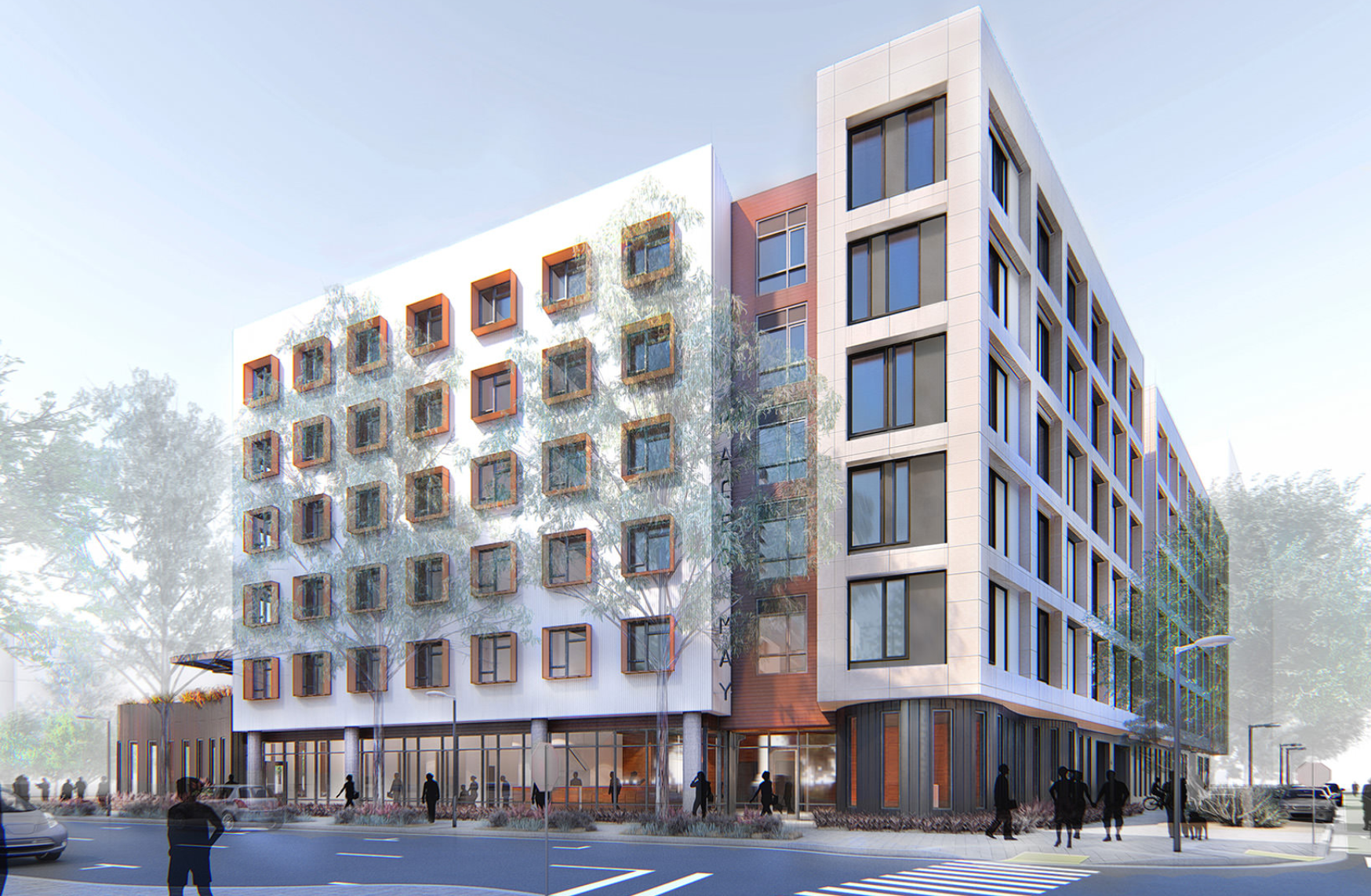 Rendering of the project via Mithun 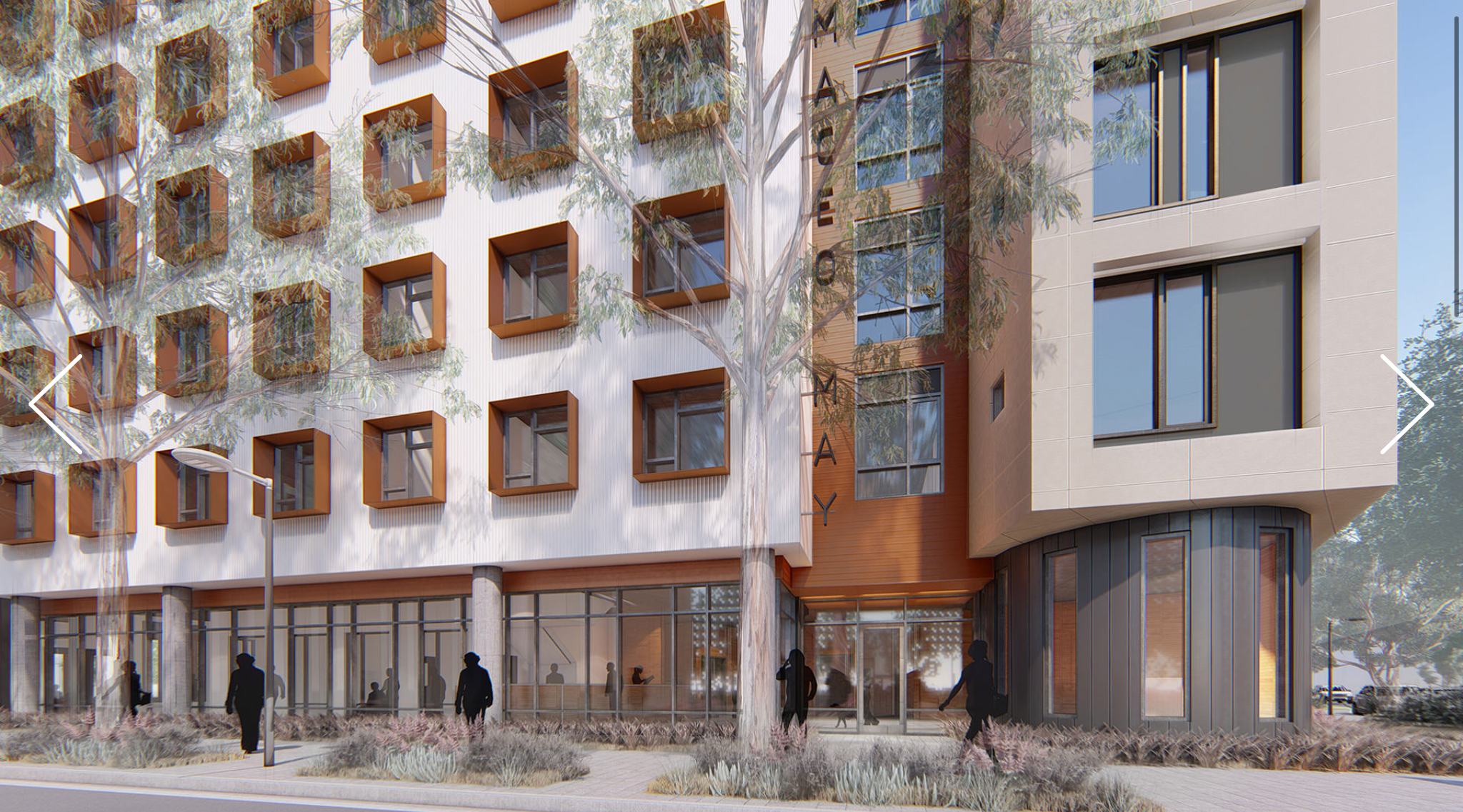 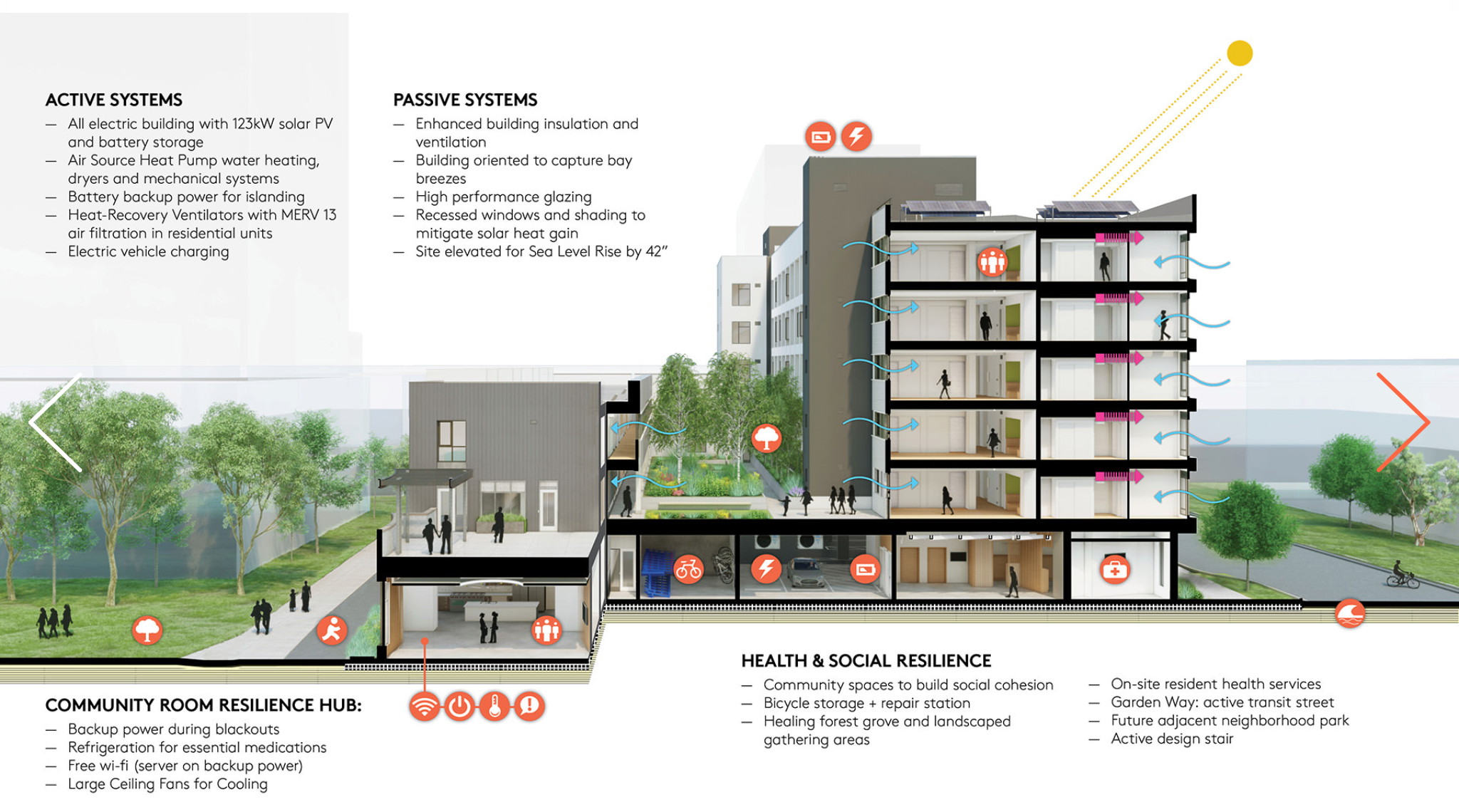 Mithun is responsible for the architecture. Portions of the facade will contrast primarily white cladding with bronze-toned window frames sat on top of a recessed base with curtain wall and dark panels. Other parts will offer less color. The building is expected to be finished by 2022. 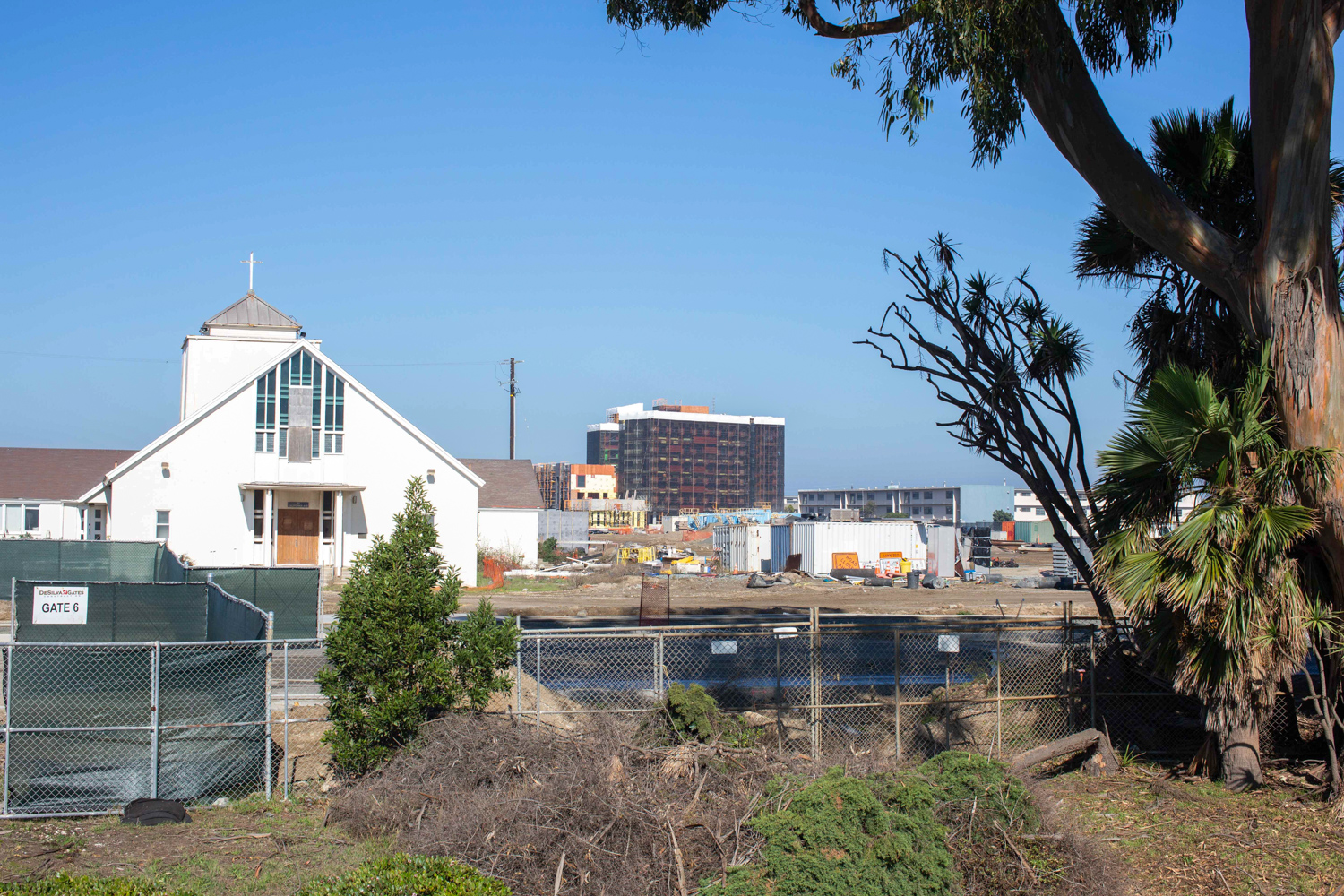 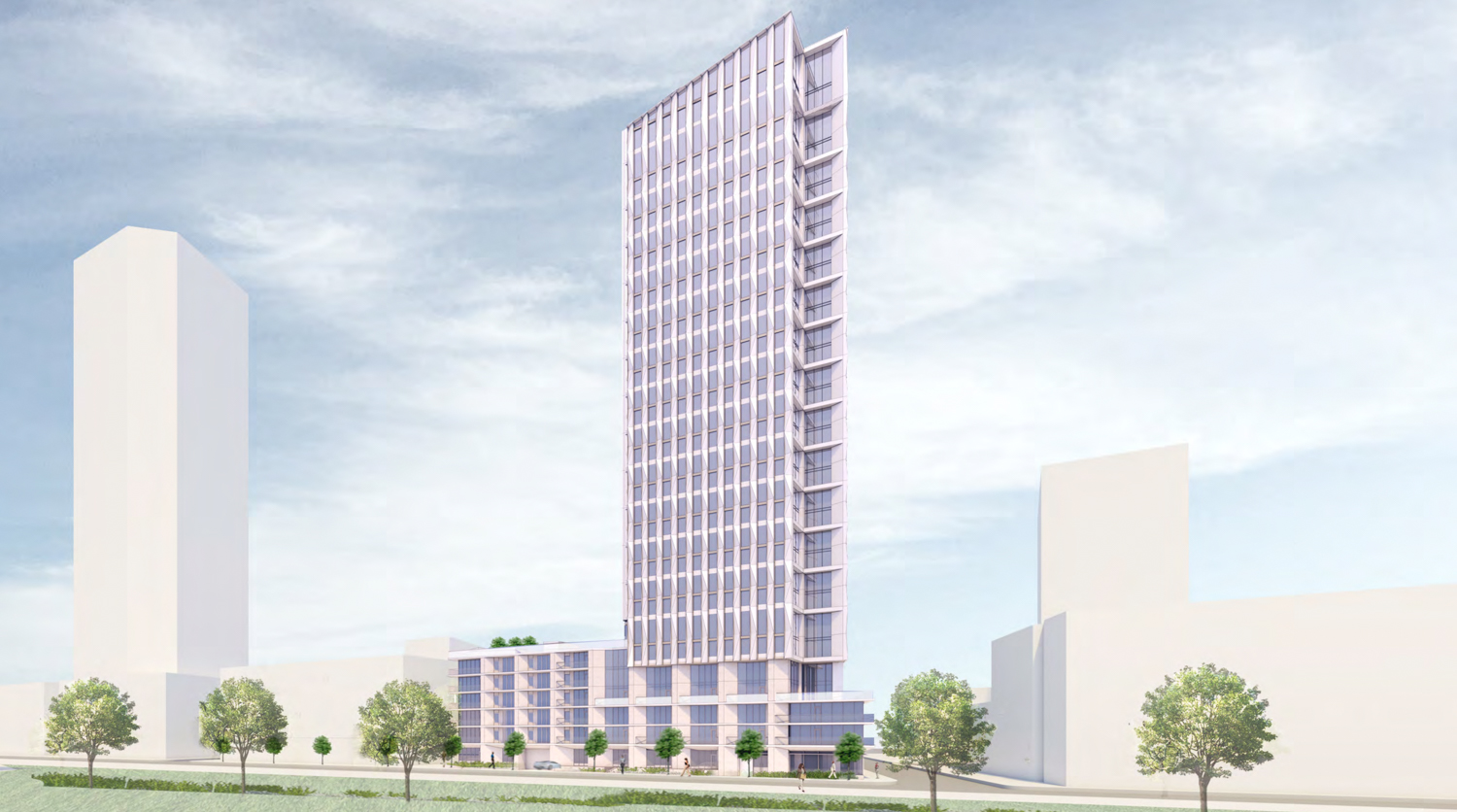 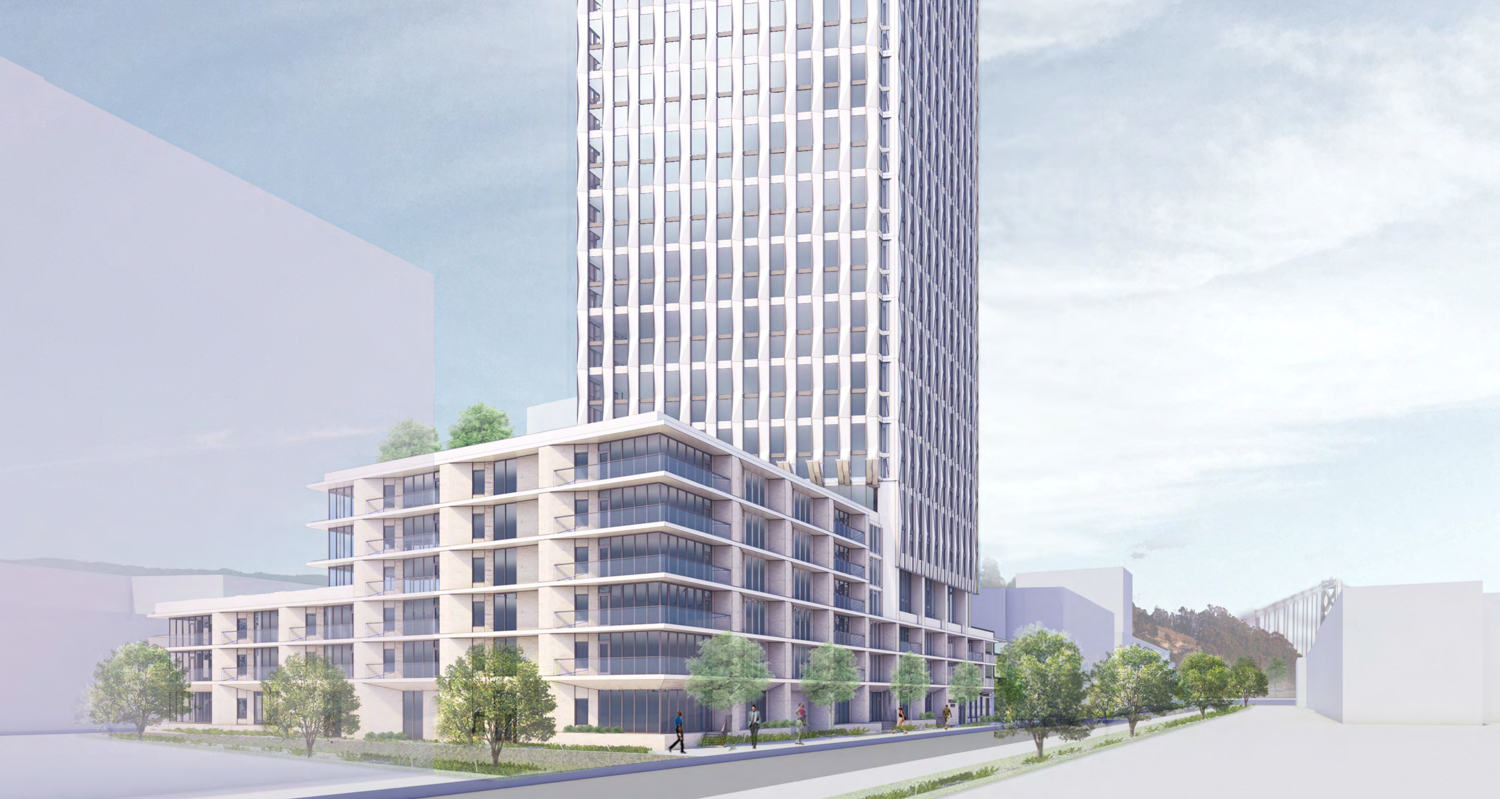 Treasure Islands’ Parcel C2.1 will rise 31 floors to roughly 345 feet above the street. Designed by Handel Architects, the residential tower will add 265 residential units and 190 parking spaces to the island. The structure includes sawtooth bays with balconies at the base, an architectural iteration of the bay window vernacular that permeates most San Francisco.

Treasure Island Parcel C2.3 view from along the Avenue of the Palms, rendering by Kennerly Architecture and Planning 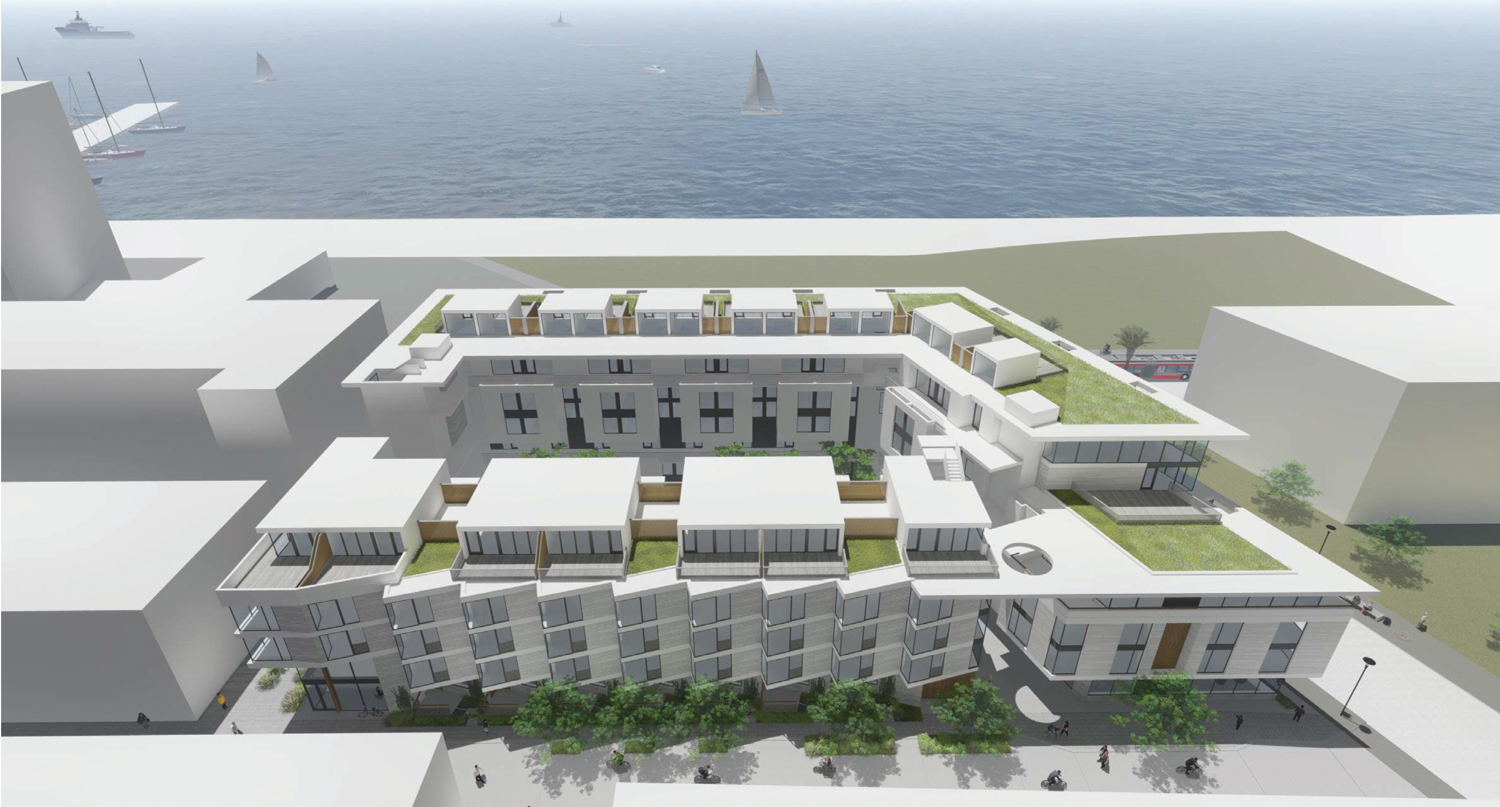 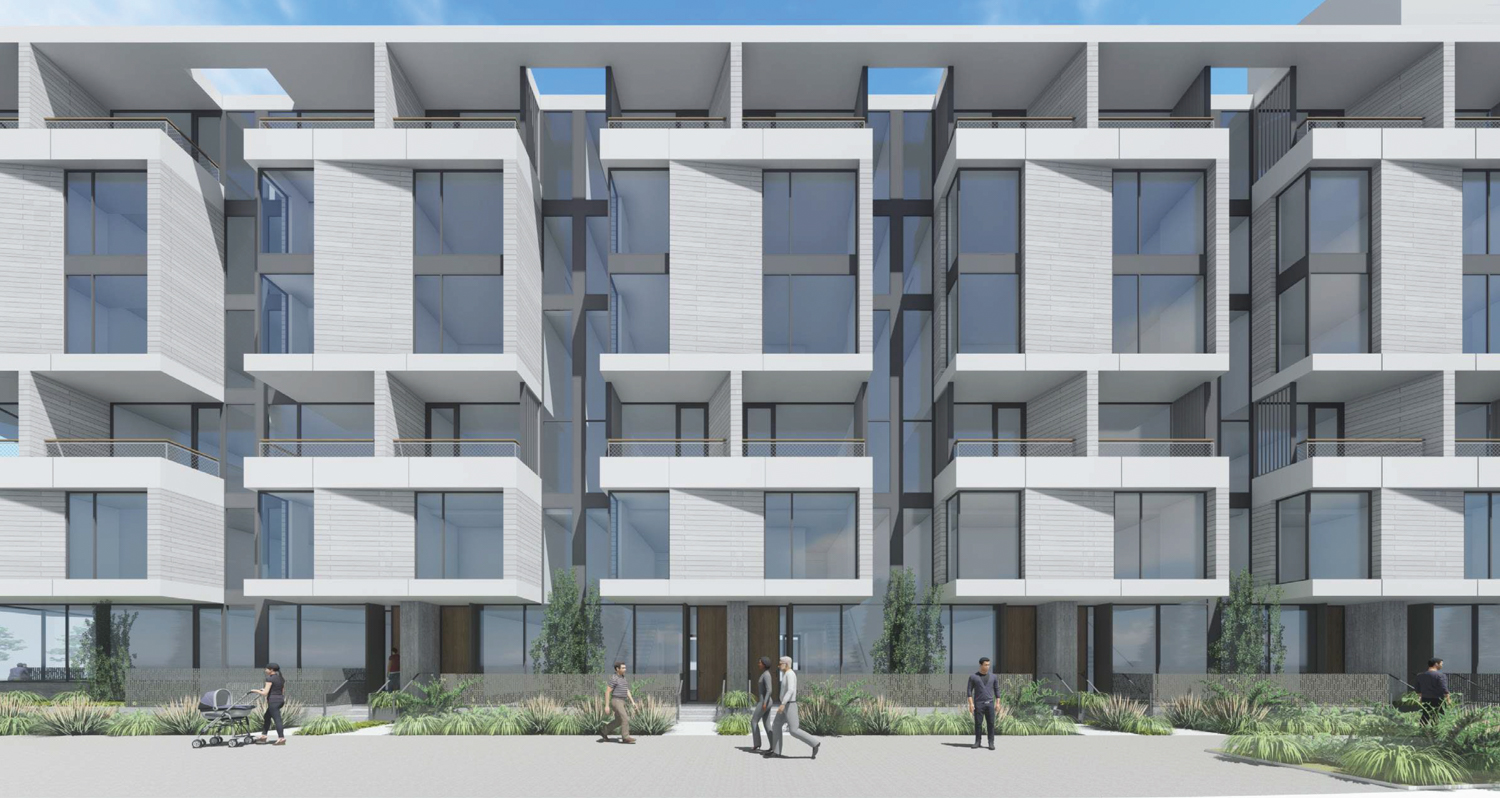 Parcel C2.3 will be a six-story residential building designed by Kennerly Architecture & Planning. The 50-foot tower will produce 83 apartments, of which 28 will be flat-style, and 54 will be in the multi-level apartment building. Parking will be included for 83 cars and 36 bicycles. The facade will be clad with light-colored glass fiber reinforced concrete, wood cladding, fiber cement, and board-formed concrete. 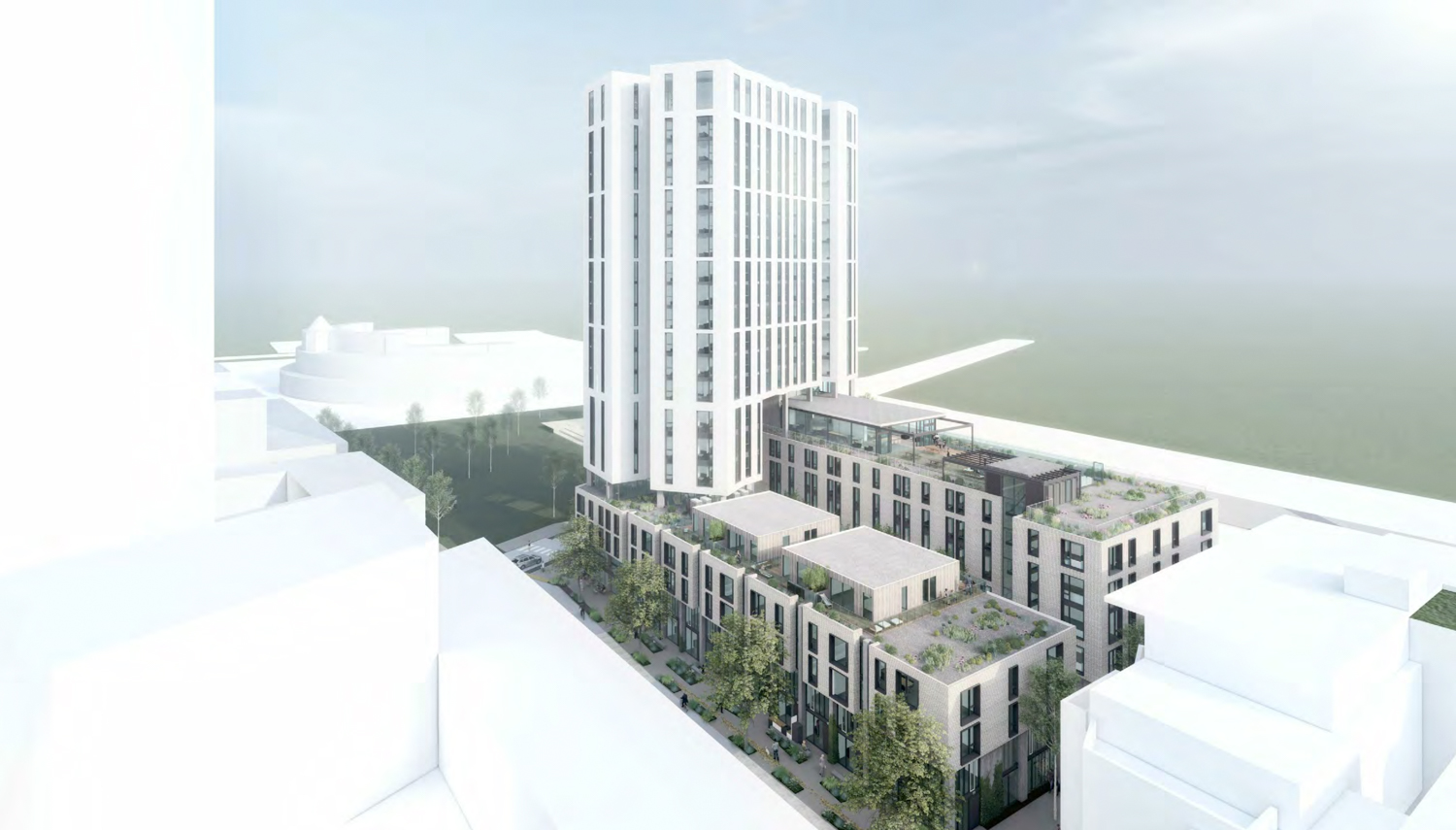 Parcel C2.4 will be a 22-story residential tower with 250 rental apartments above two low-rise wings and ground-floor retail. The structure will yield roughly 310,000 square feet and be built primarily of concrete. Parking will be included below grade for 109 vehicles. David Baker Architects is responsible for the design. 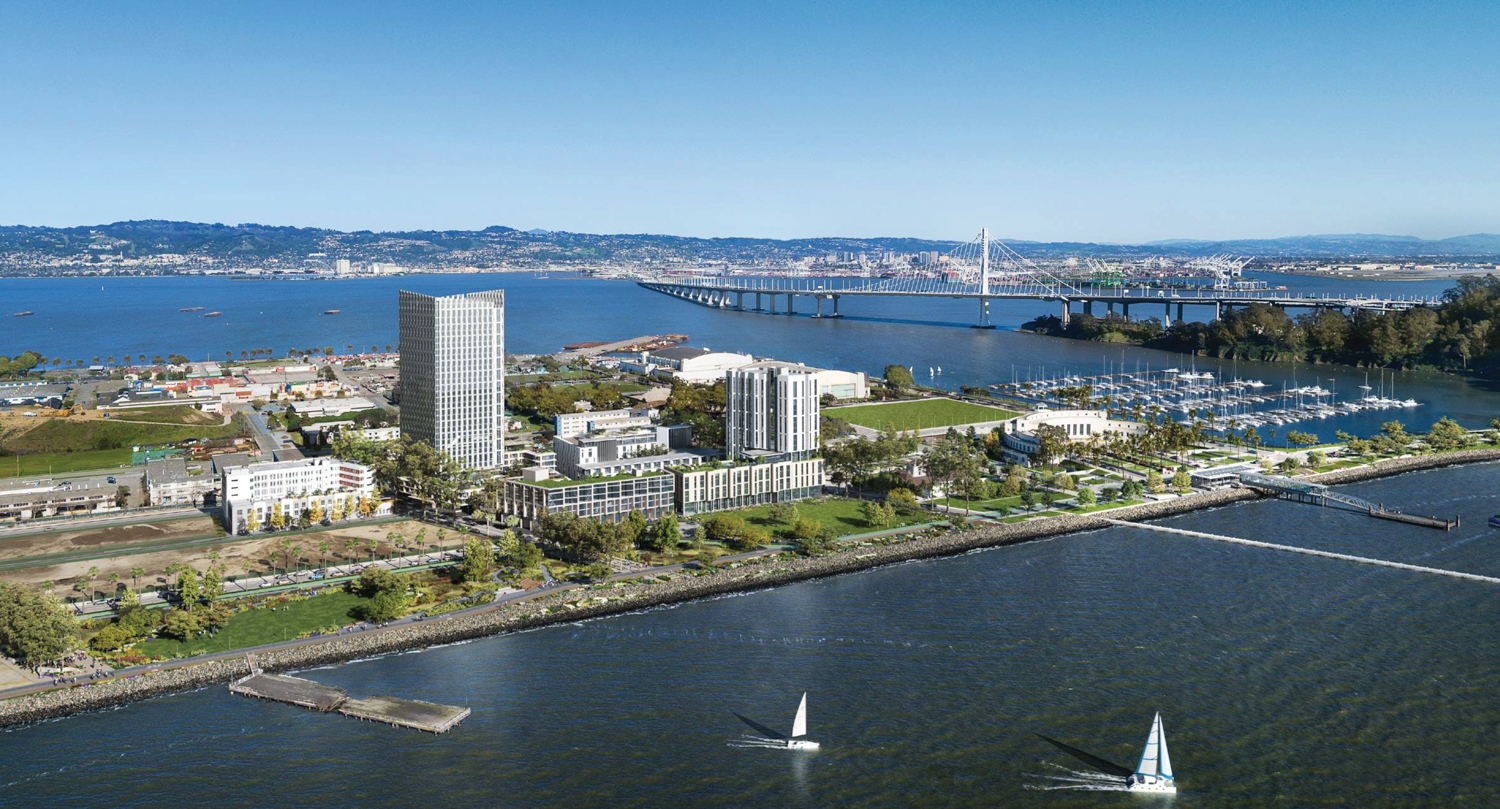 Treasure Island phase one only, rendering by Steelblue 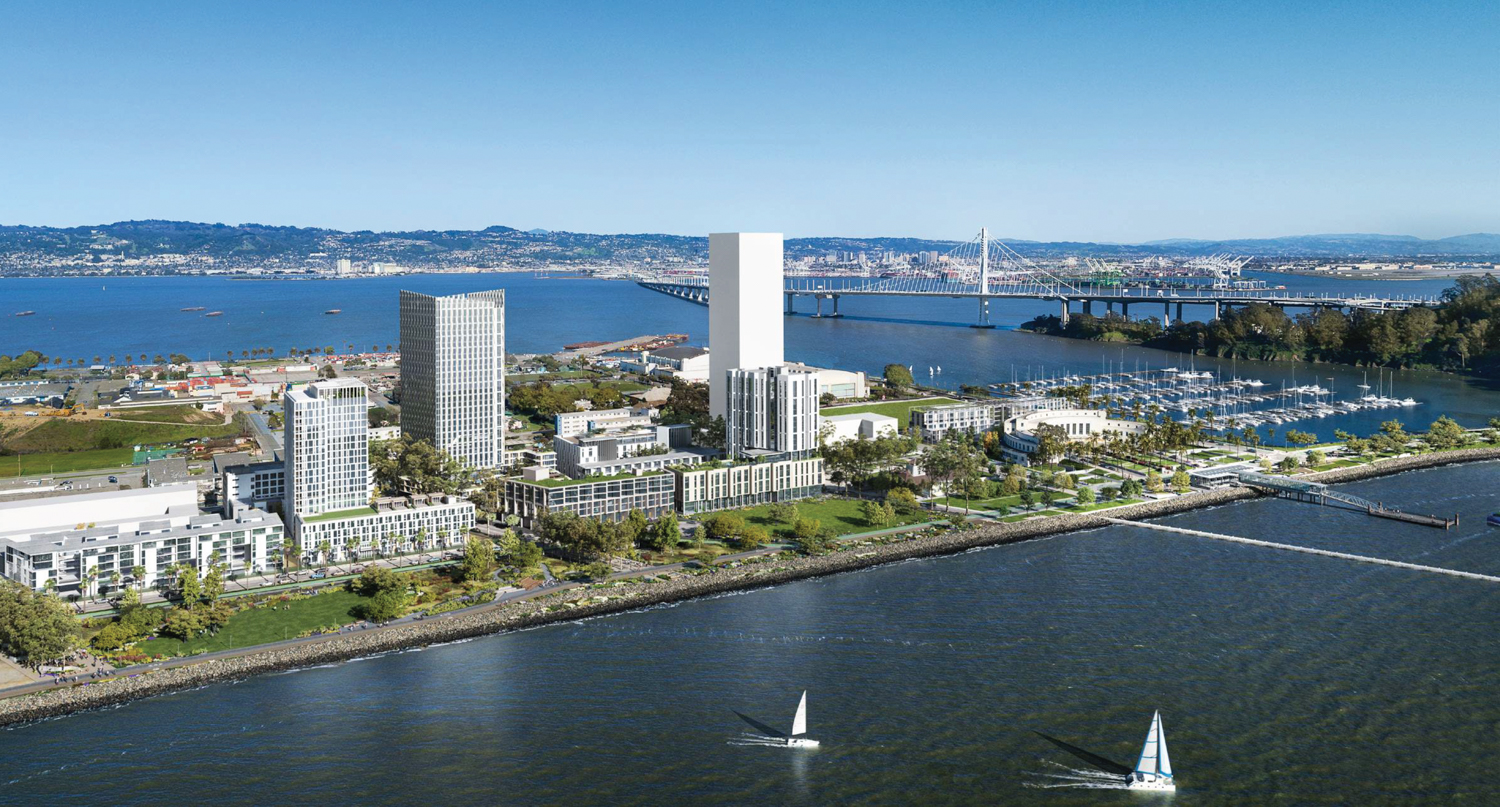 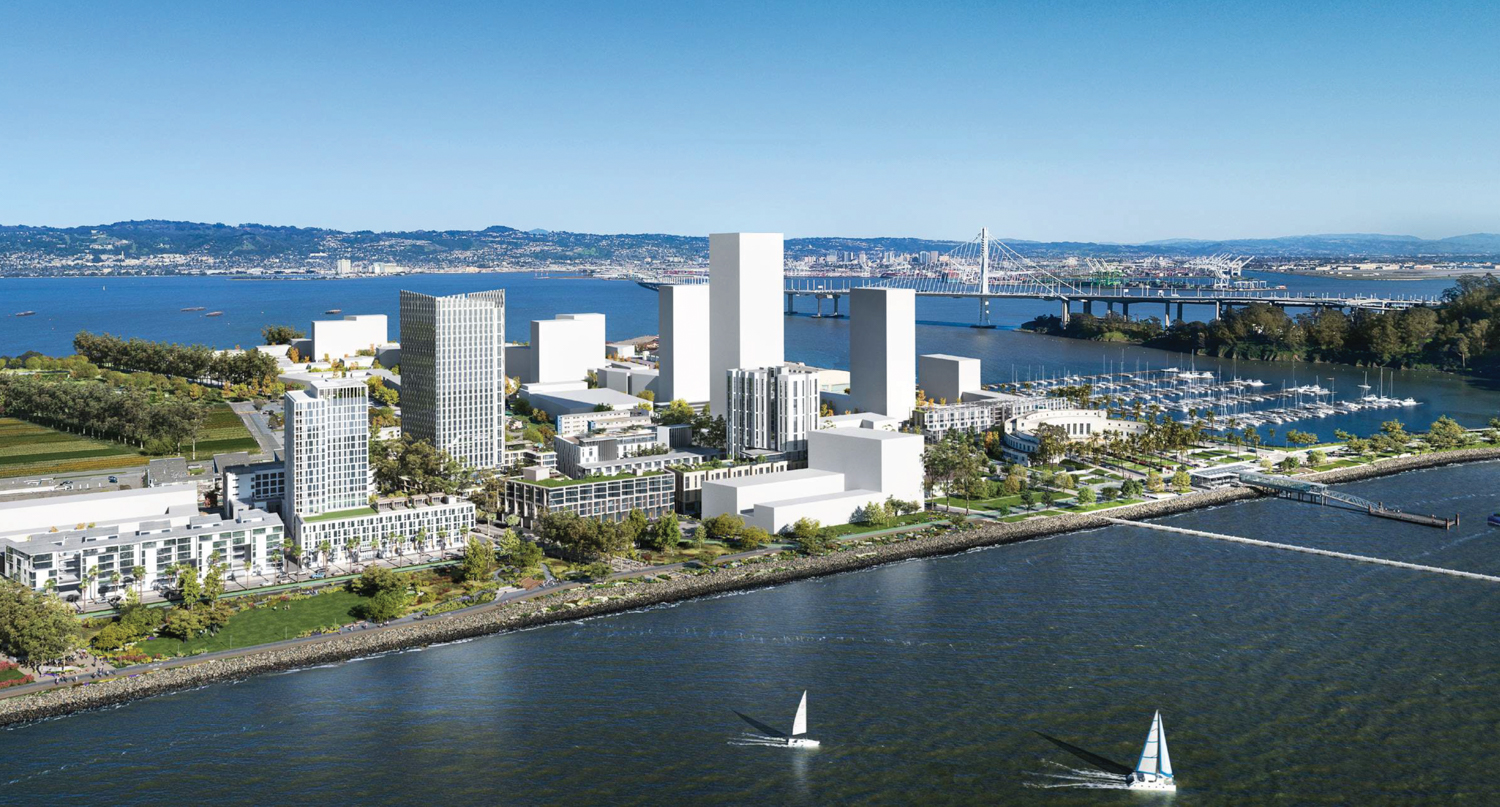 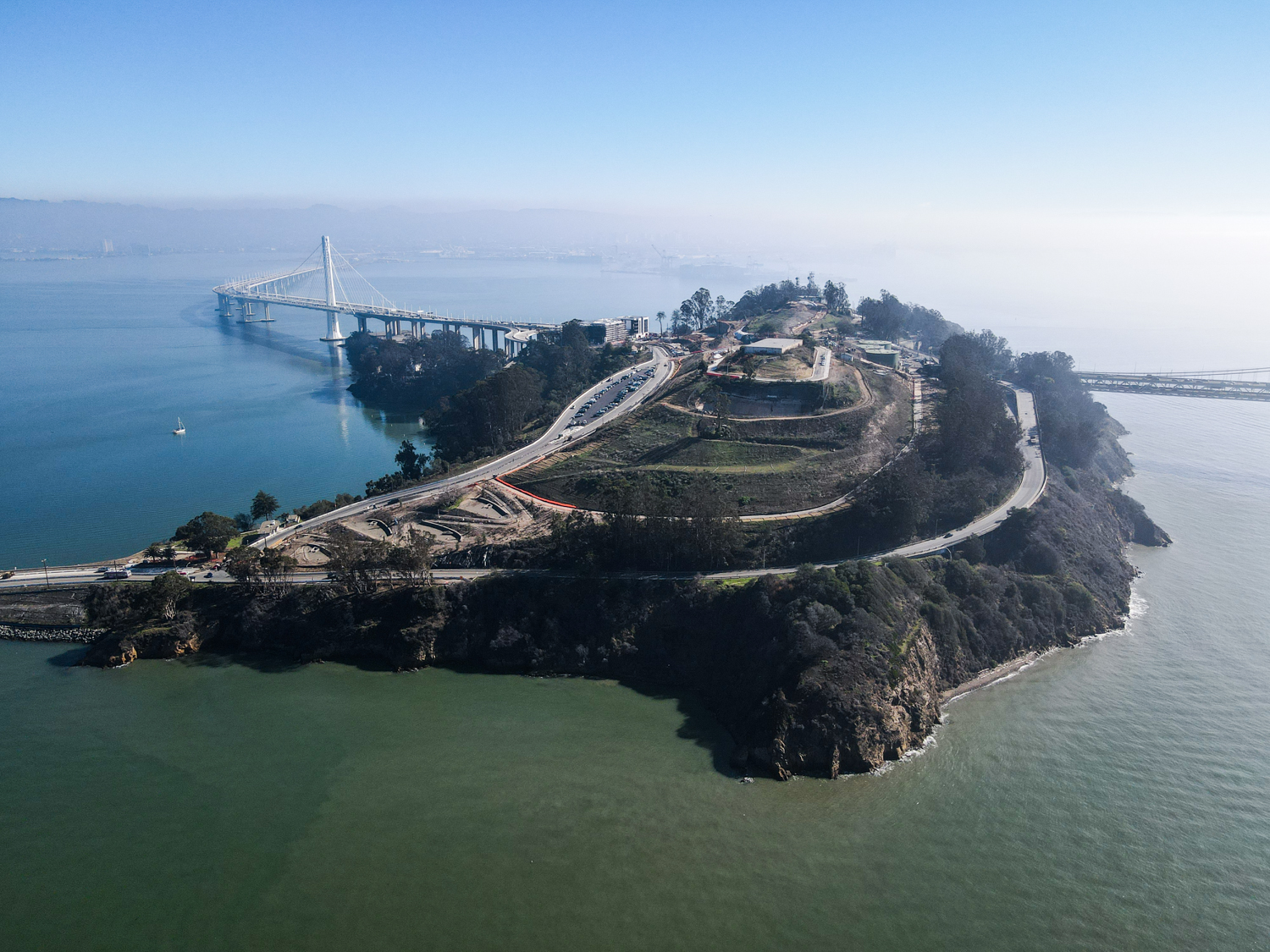 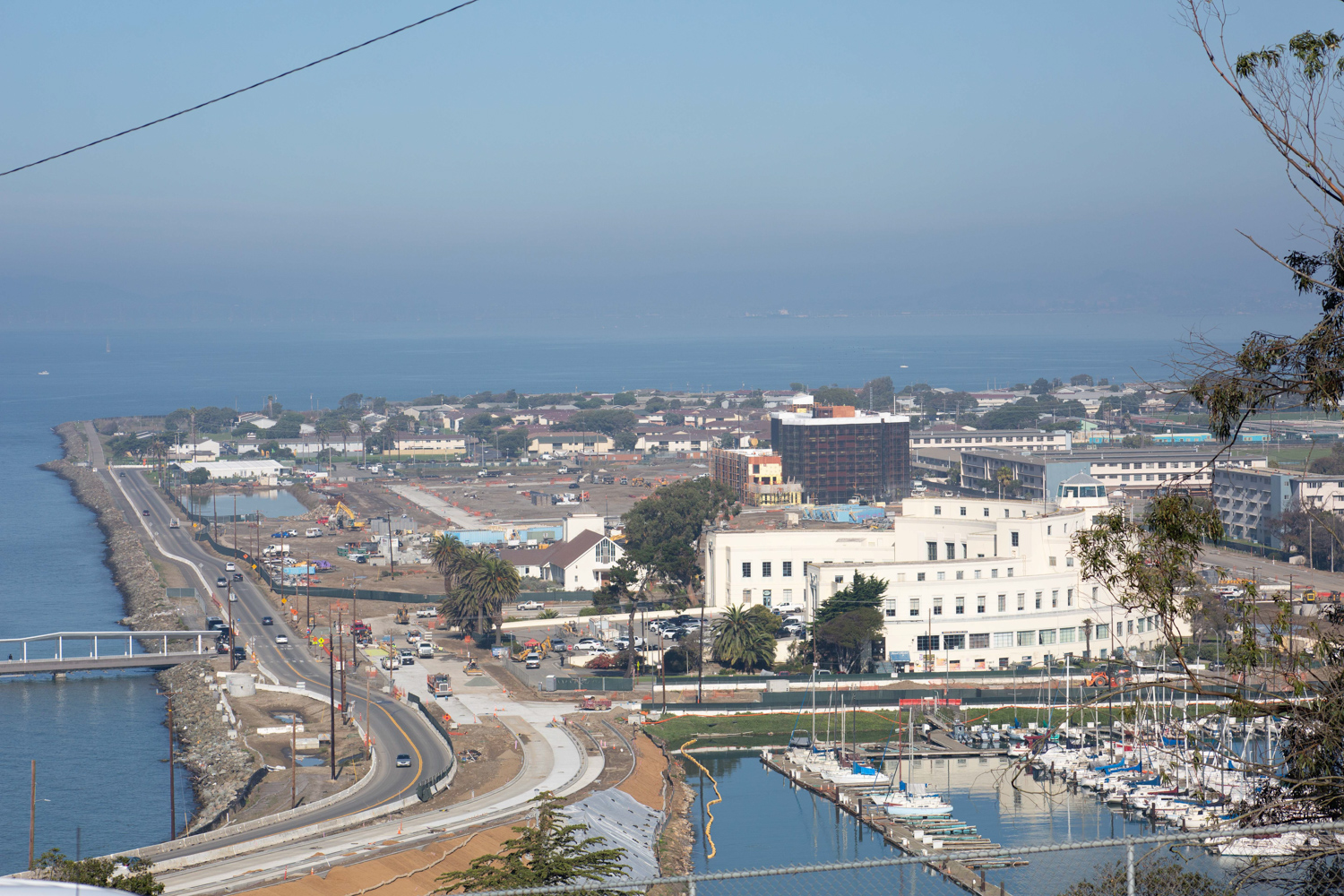 The overall development at Treasure Island and Yerba Buena is expected to reach roughly 8,000 new apartments, of which nearly half will be built within phase one. Specifically, 3,571 units are expected across the seven-step first phase of construction on both islands. Before construction, 908 units were existing on Treasure Island. There are also 97 existing dwelling units on Yerba Buena Island.

The master plan is by Skidmore Owings and Merrill, who oriented the project around the concept of three compact neighborhoods with public transportation connecting to a mixed-use hub with connections to San Francisco. Of the 8,000 units, plans include 421 townhomes, 2,232 low-rise units, 519 mid-rise units, 3,144 tower units, and 1,684 to be managed by Authority Housing. 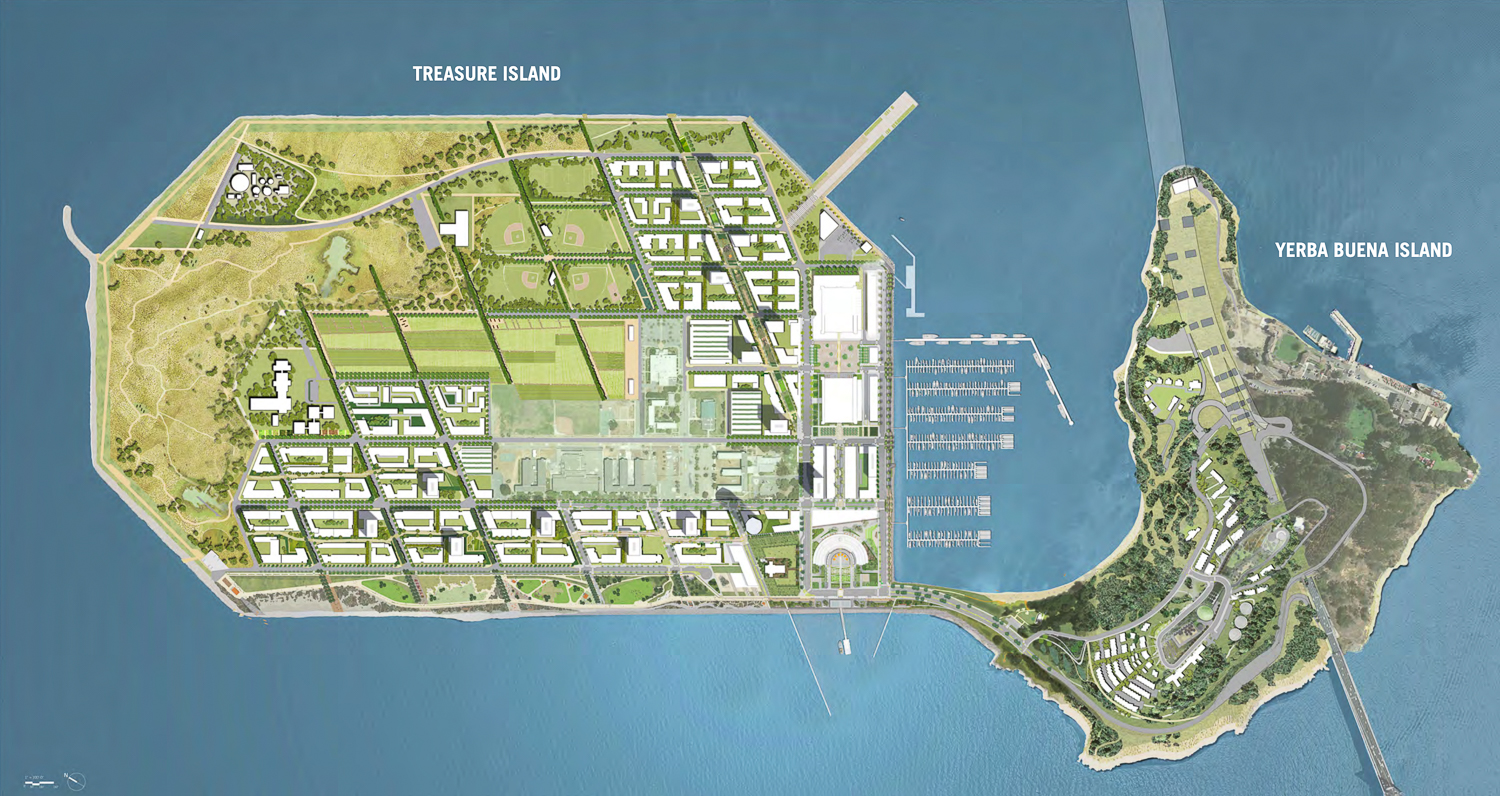 Construction is expected to cost $6 billion.