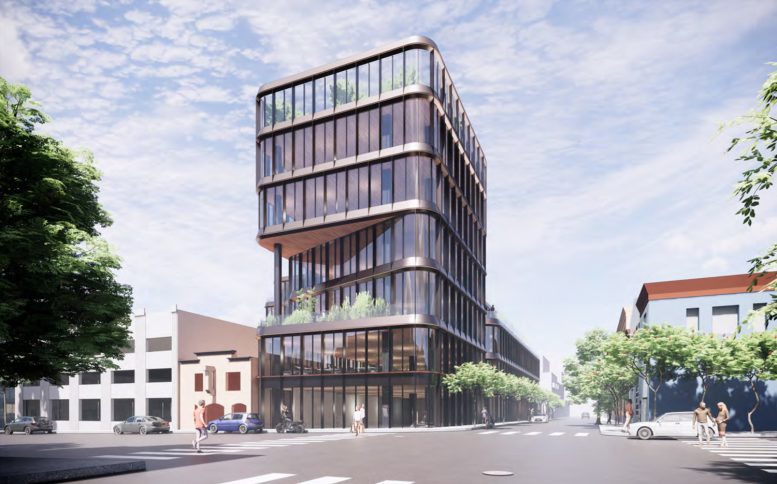 New renderings have been published for the 424 Brannan Street office project in SoMa, San Francisco. Construction is expected to replace half an acre of surface parking with two new office structures at 55 Zoe and 288 Ritch Street. Skidmore, Owings & Merrill, the internationally acclaimed firm, is the project architect. 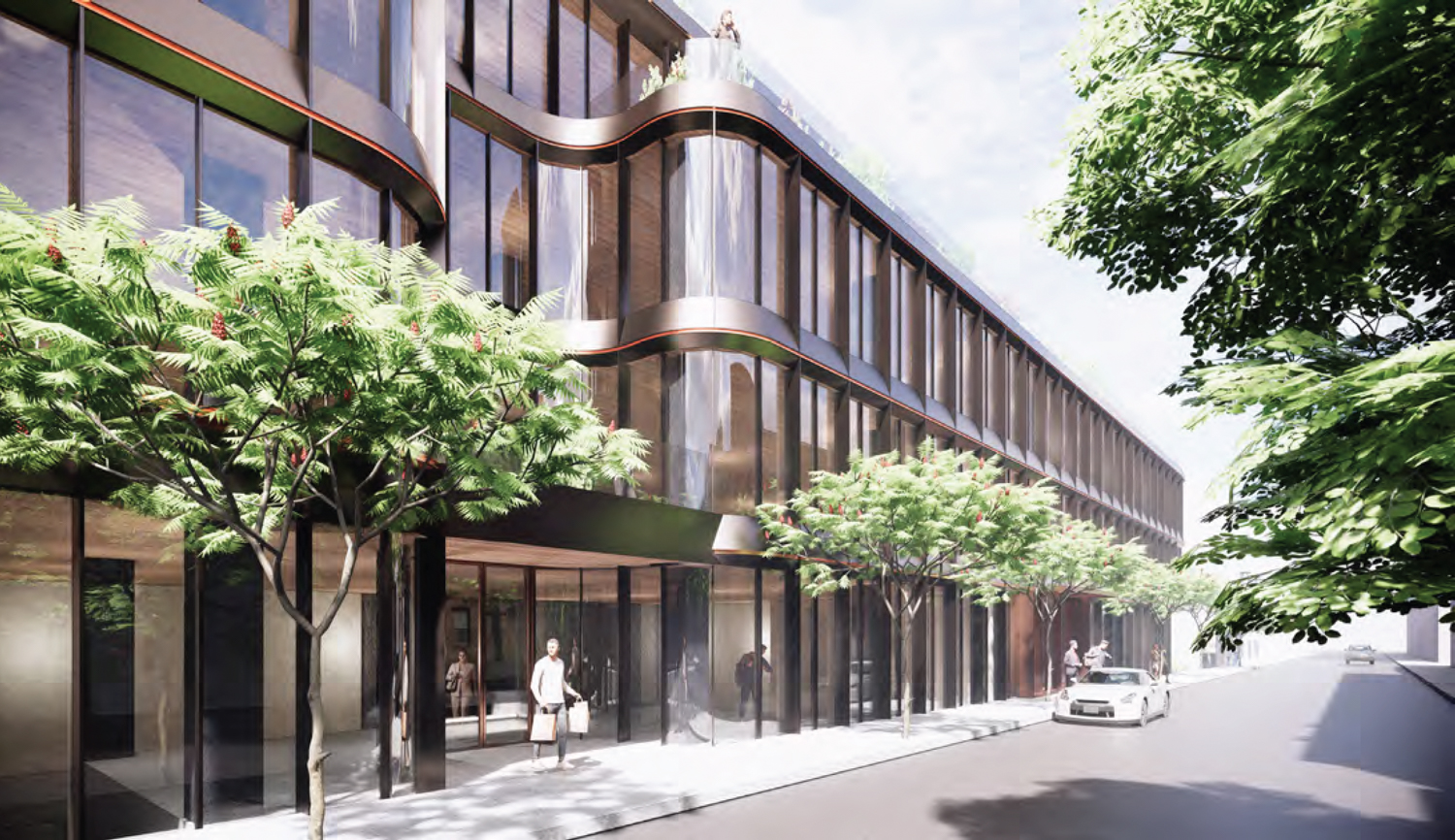 Renderings show surface parking will be replaced with high-end office building designs, wrapped with bronze-coated metal with a metallic-coated accent and curtain-wall glass. Rounded edges, an inviting aesthetic once shunned by the modernist movement, serve as an important architectural expression for the project, accentuated by the expensive rounded glass corners. The world-class design is by the international firm, SOM. According to the firm’s design narrative of the project, the design has been “inspired by their unusually figured site,” and the moderne style exhibited by the early 20th-century office buildings in the neighborhood.

The following quote is from the project’s design narrative:

These moderne buildings used masonry and concrete in strongly horizontal fluid lines, creating uninterrupted interior site lines behind finely grained expanses of glass. Their facades reflected the emerging reinforced concrete structures of the time as well as an optimism about the future. 288 Ritch and 55 Zoe use these strong horizontal lines, again reflective of the structural technology of the time, but clad with curving ribbons of metal linked together by lacy, fine grained fins. These curving ribbons step in and out with the complex geometry dictated by the various massing goals of the Central SOMA plan, with more regularly stacked sections at the corner of Ritch and Brannan and gradually stepped, heavily greened terraces on the smaller alley frontages. The materiality of the building will reflect both past and future, with warm, rich tones of metal, concrete, and wood. 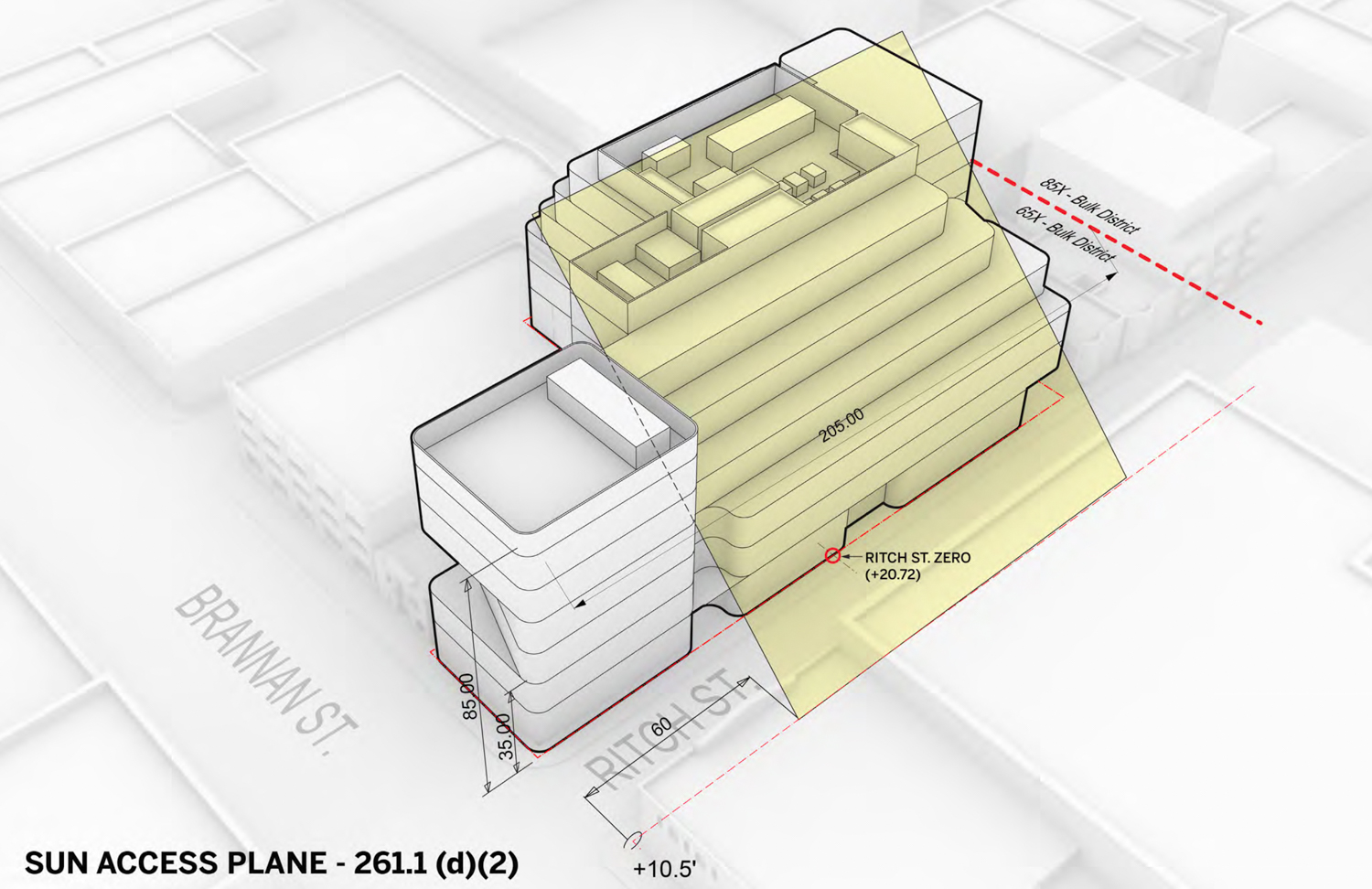 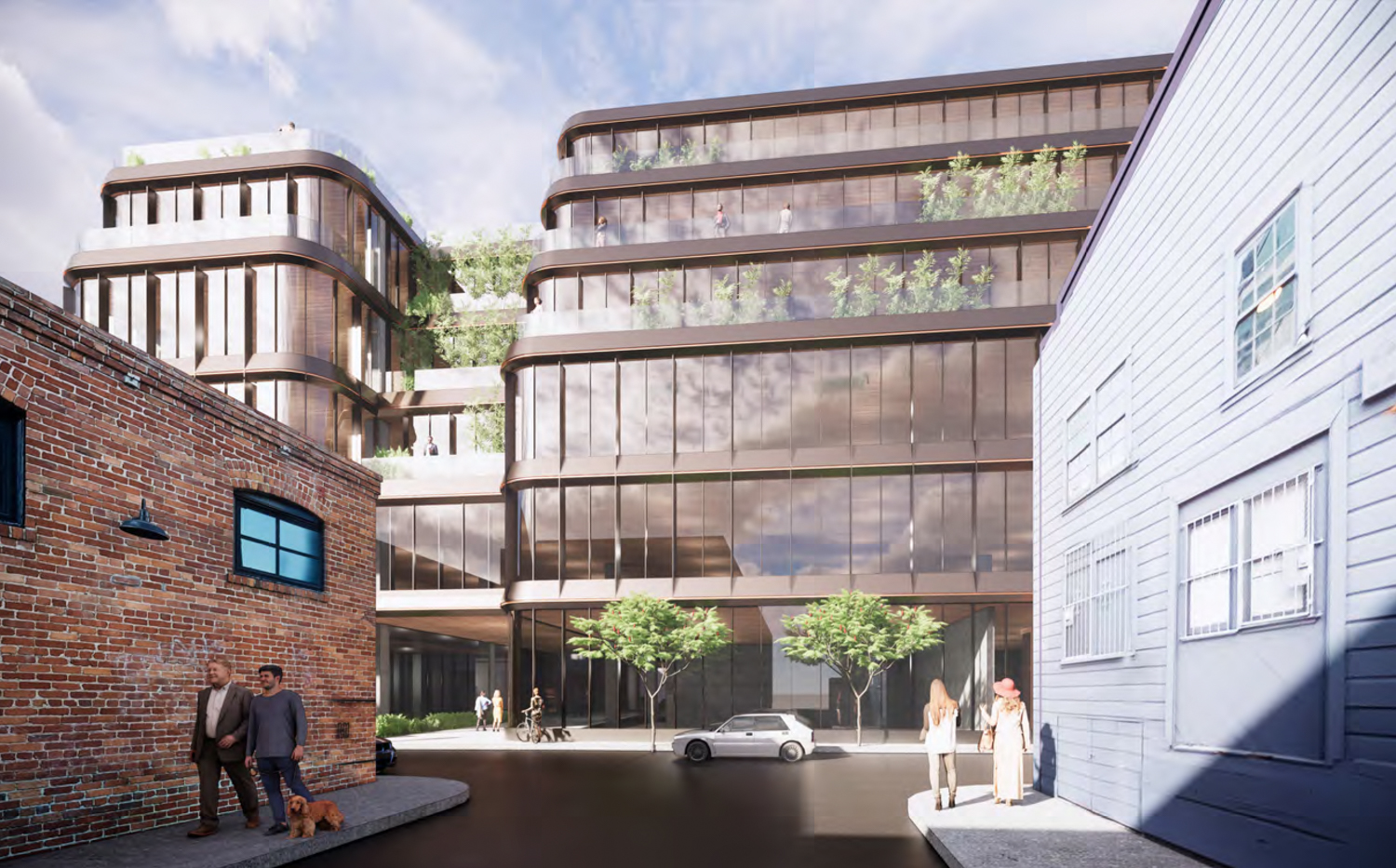 55 Zoe Street seen from down Freelon Street, rendering by SOM 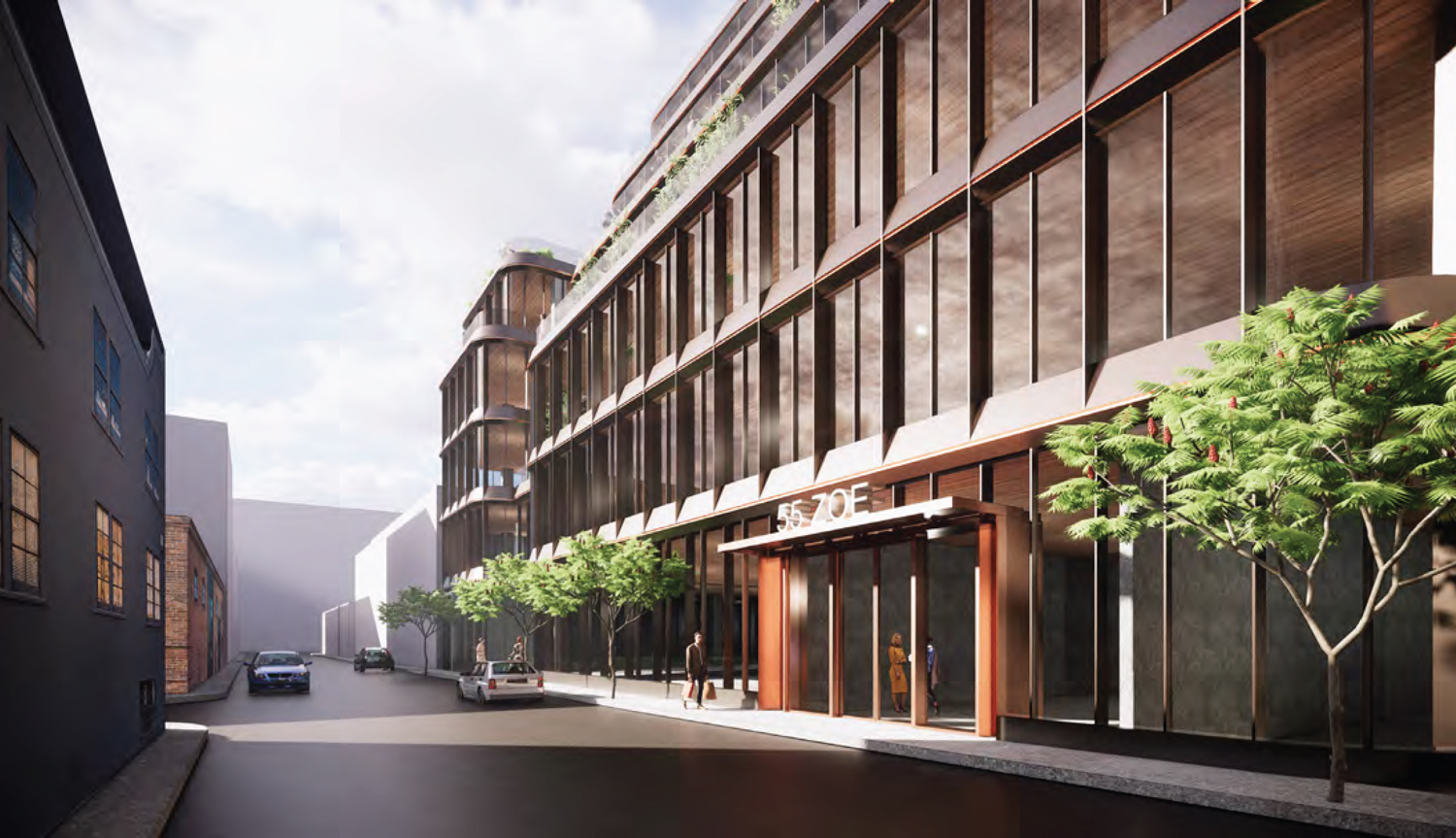 Every new office development in San Francisco has to apply for an allotment from the Office Development Annual Limit. Set up to regulation construction of new office space, the program effectively manages against the risk of boom and bust cycles in the city. By splitting the development into two structures, each can apply as Small Allocations projects. 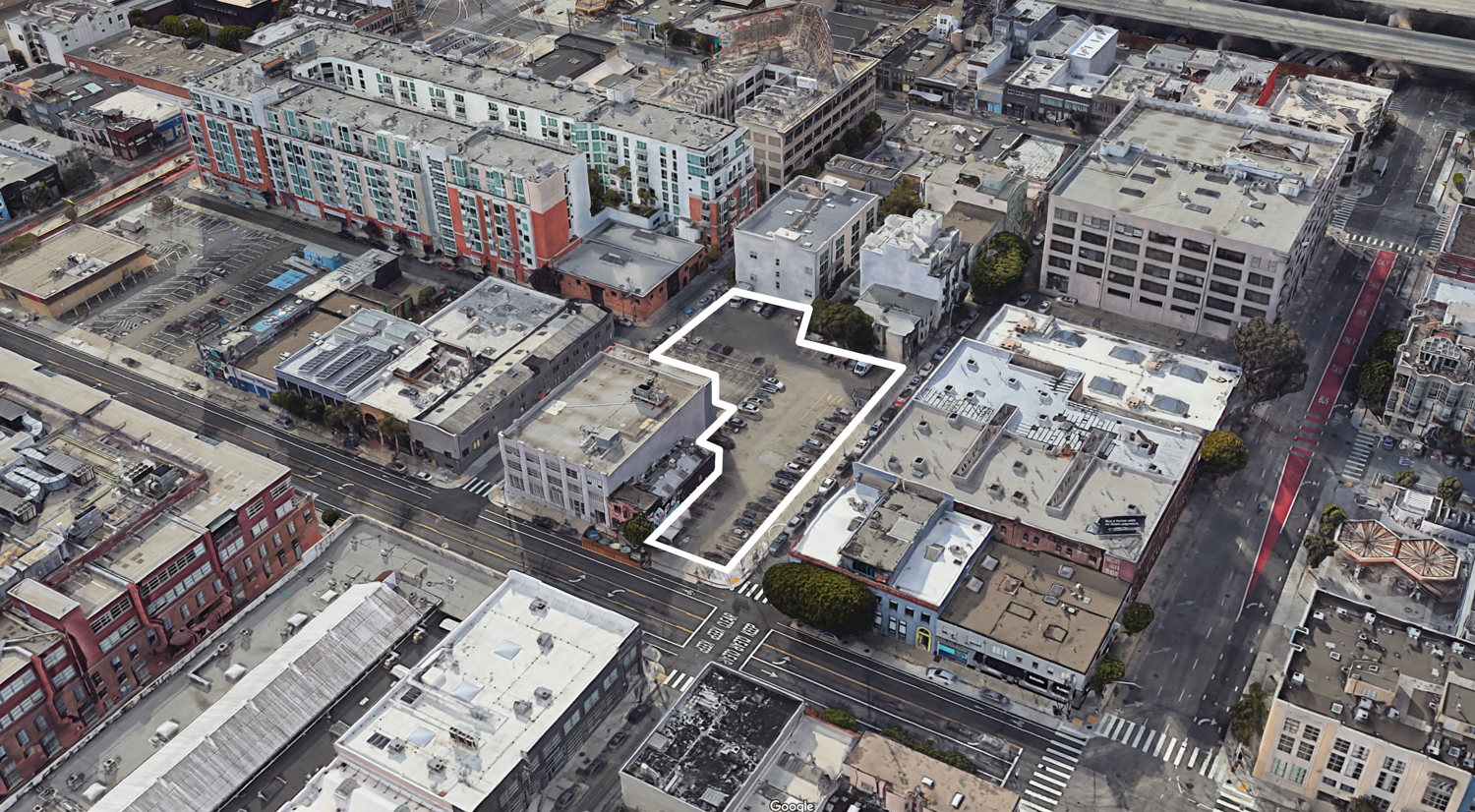 A covered pathway will create a public plaza connecting Zoe and Ritch Street. The space will feature seating for the retail stores along Zoe. 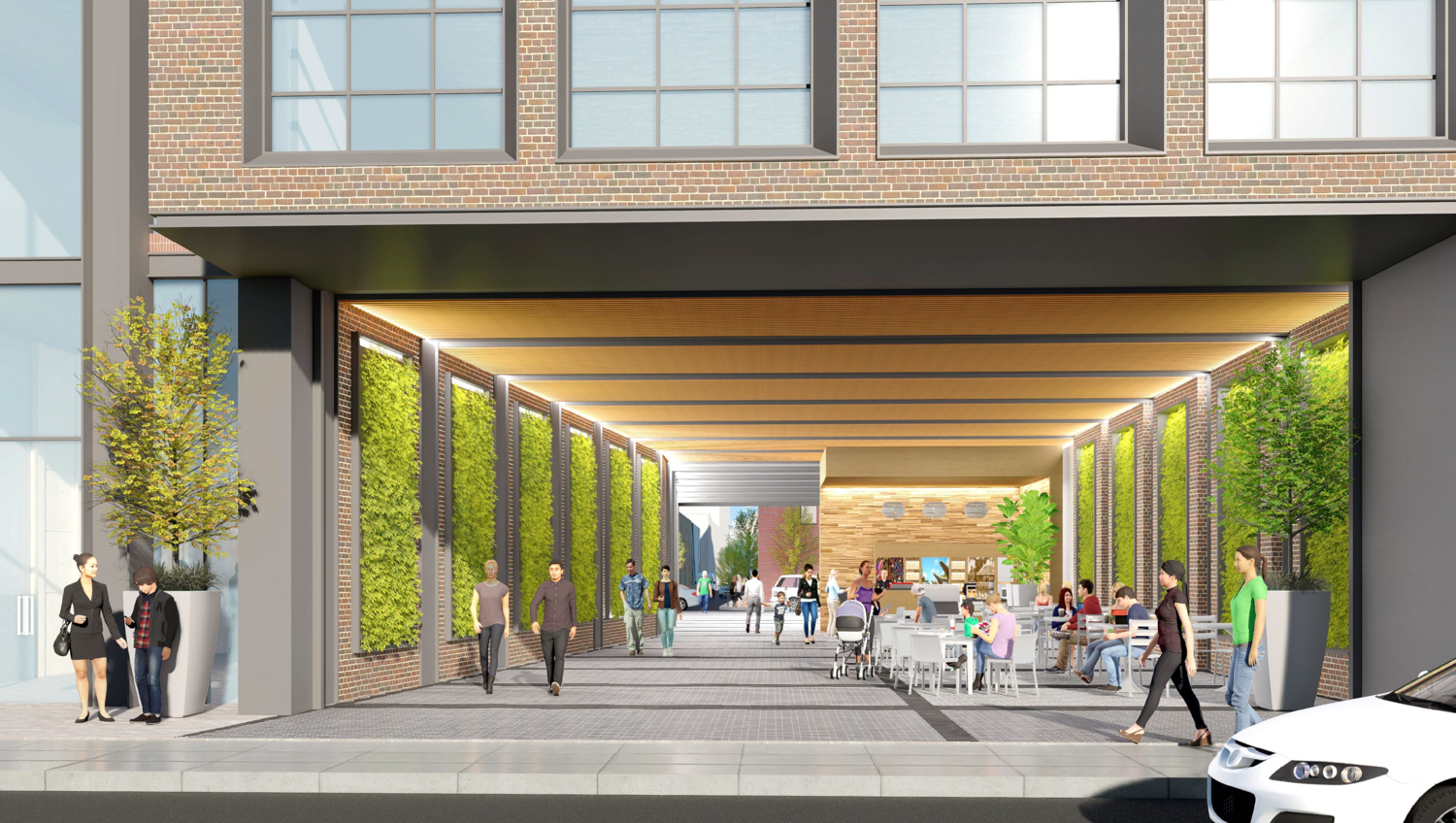 This iteration for 424 Brannan Street is not the first proposal by Deca Companies. In 2019, the firm filed another plan with similar details, though clad with brick. Heller Manus Architects was the project architect.

According to documents filed with the city, the construction of both buildings is expected to last 18 months at the cost of $35 million.