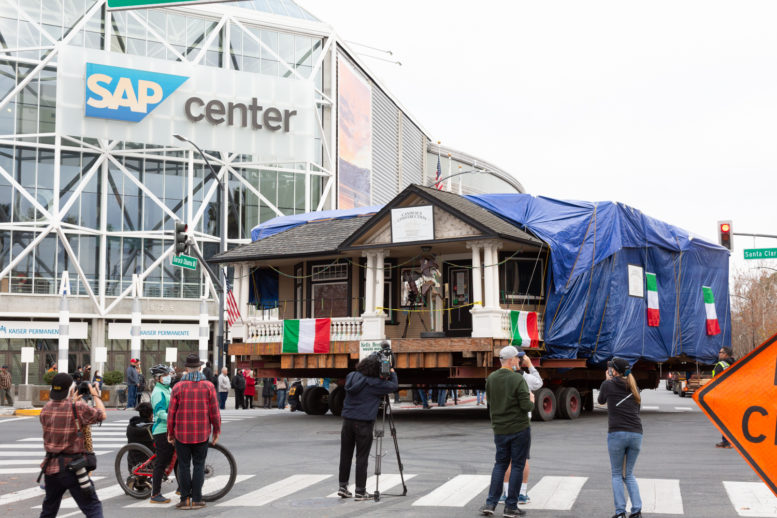 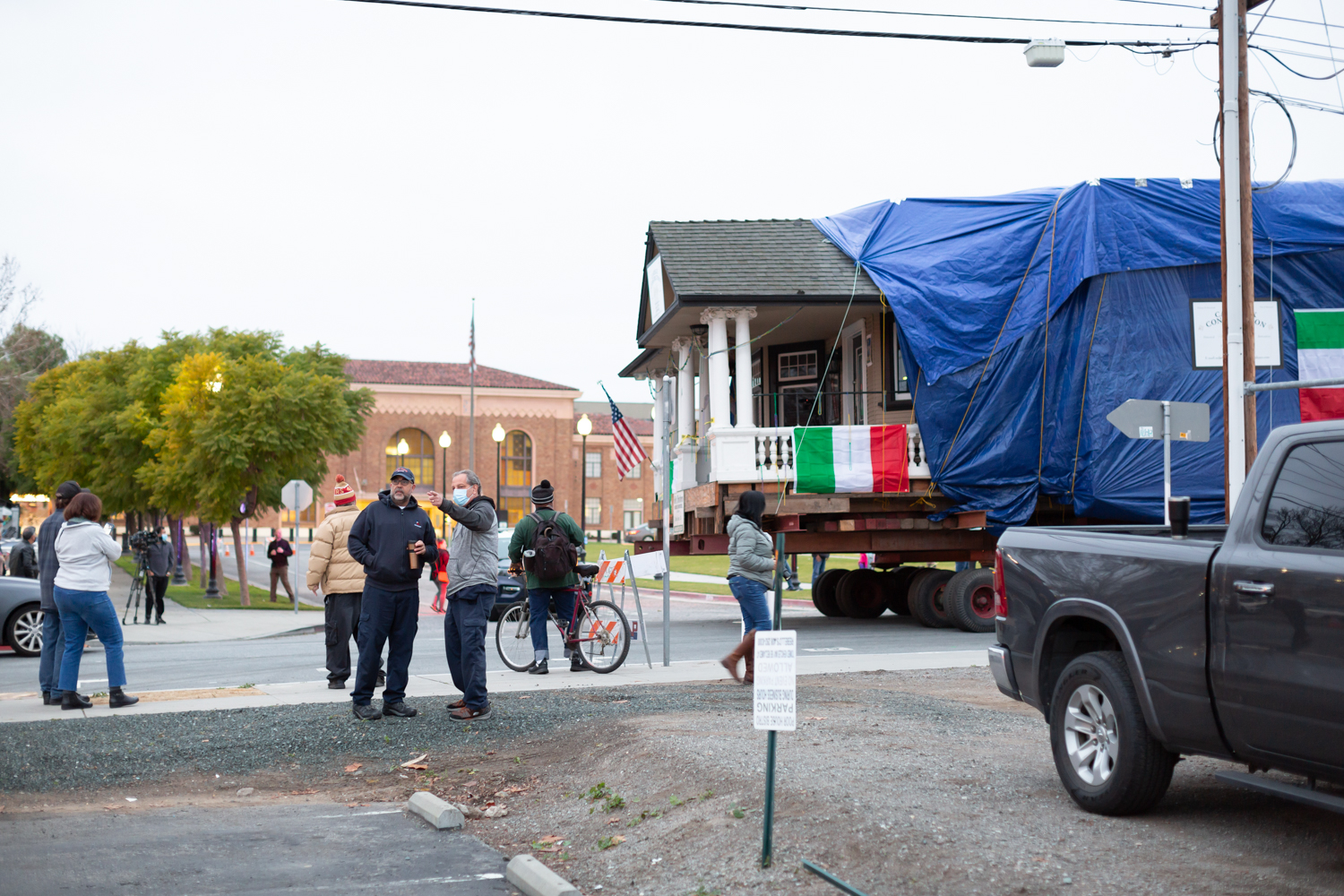 Poor House Bistro moving in front of the Diridon Station, the transit station at the heart of plans that moved the bistro to Little Italy, image by Andrew Campbell Nelson 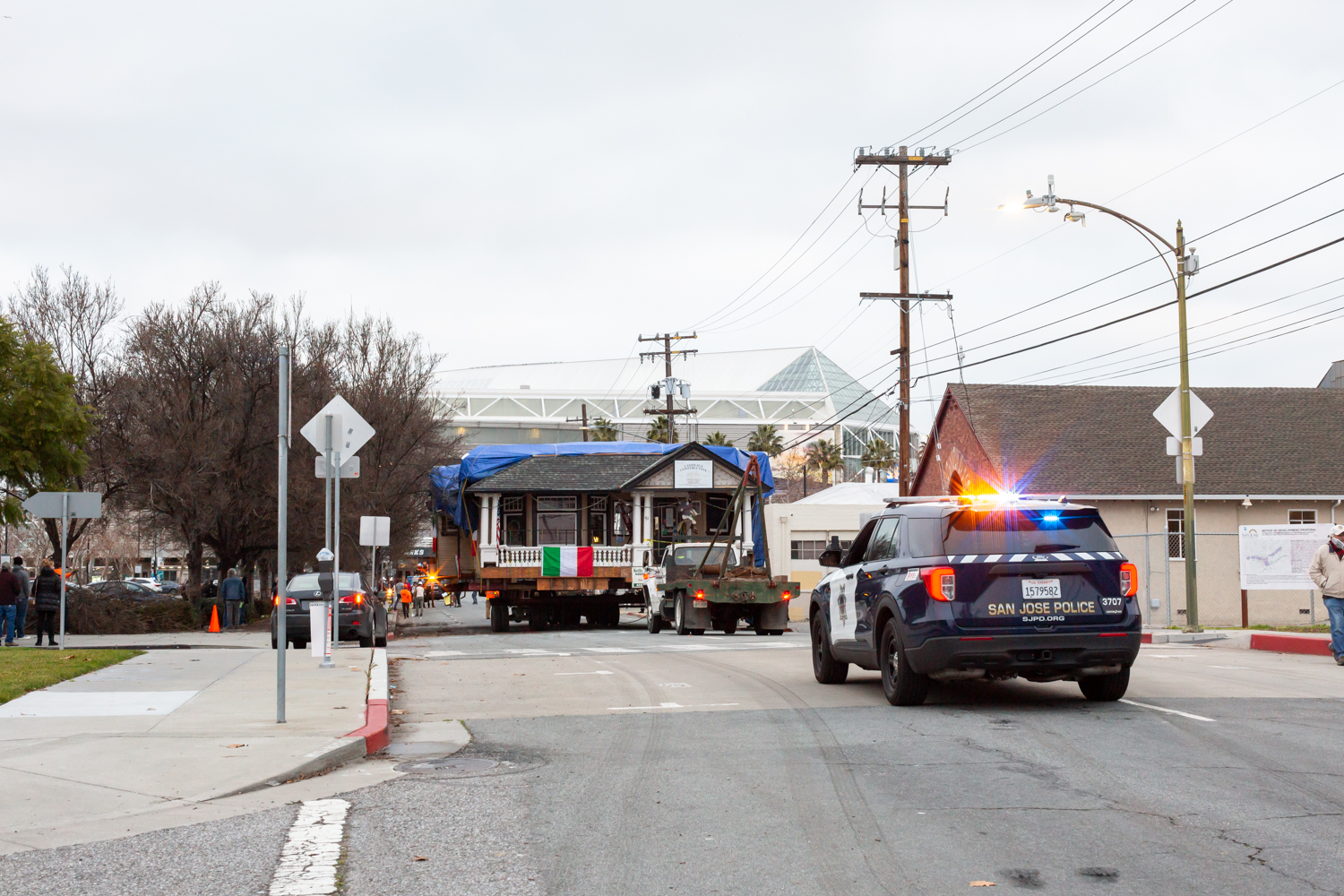 Poor House Bistro moving along Montgomery Street with the SAP Center in the background, image by Andrew Campbell Nelson 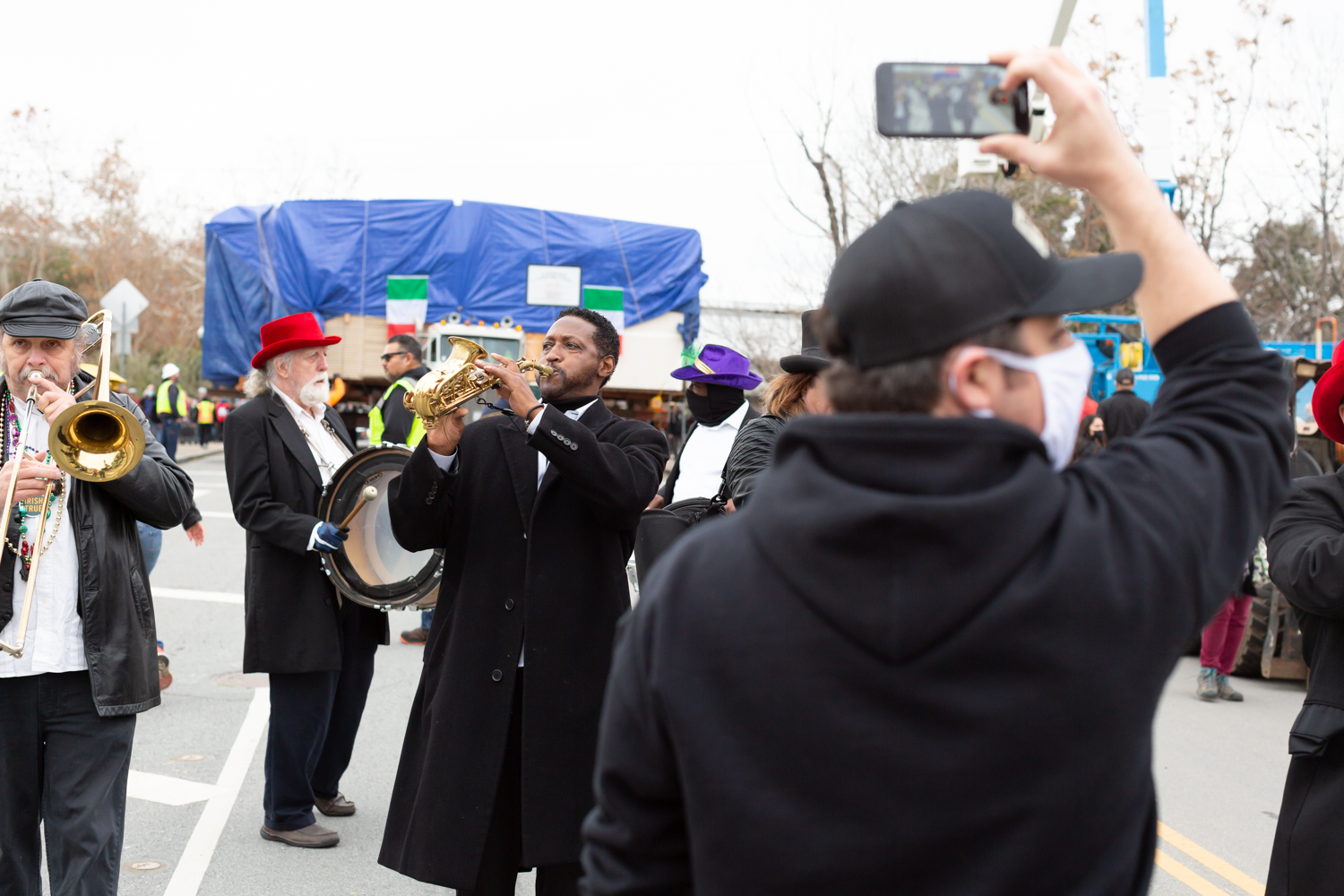 The Saint Gabriels Celestial Brass Band in front of the Poor House Bistro building on the move, image by Andrew Campbell Nelson 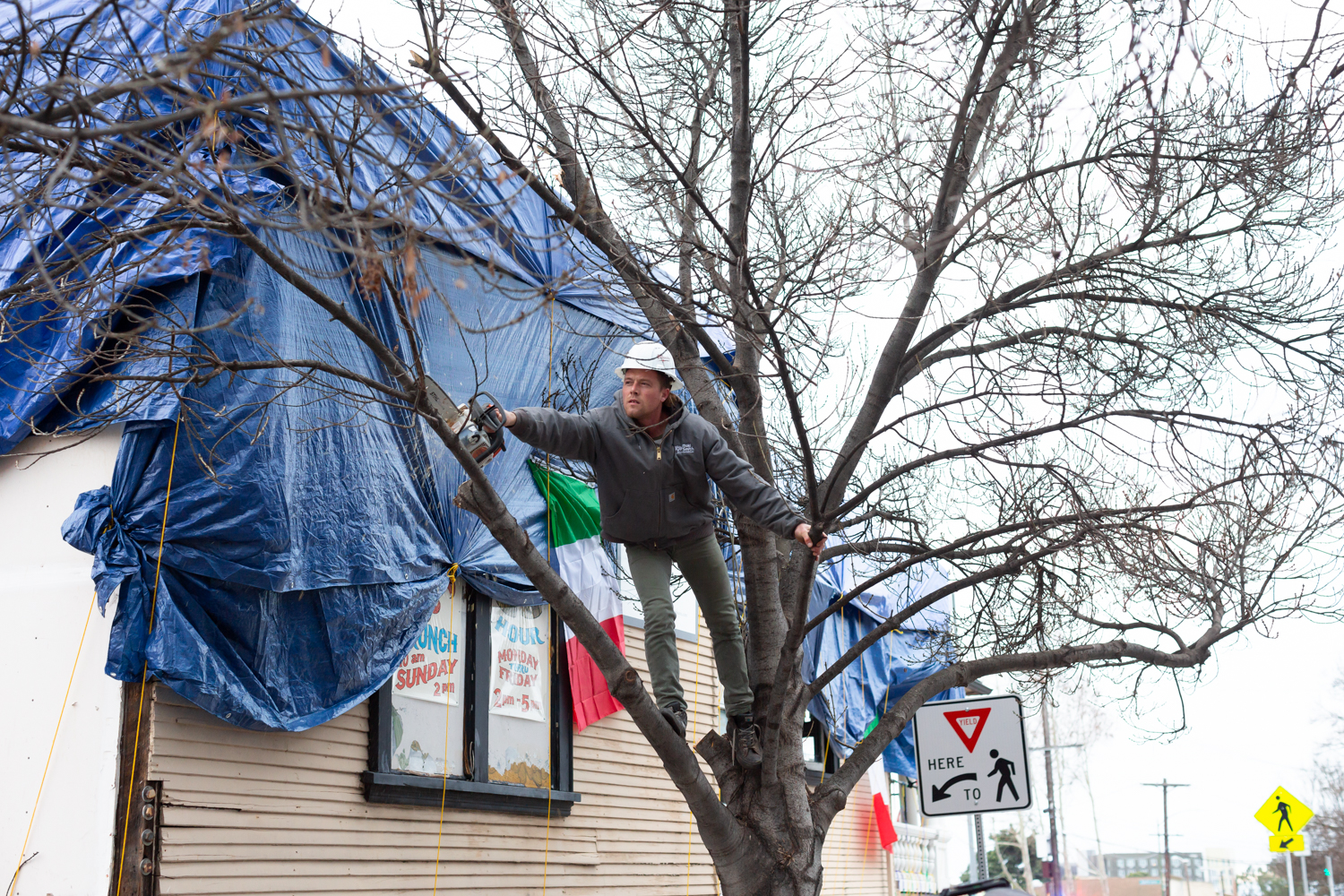 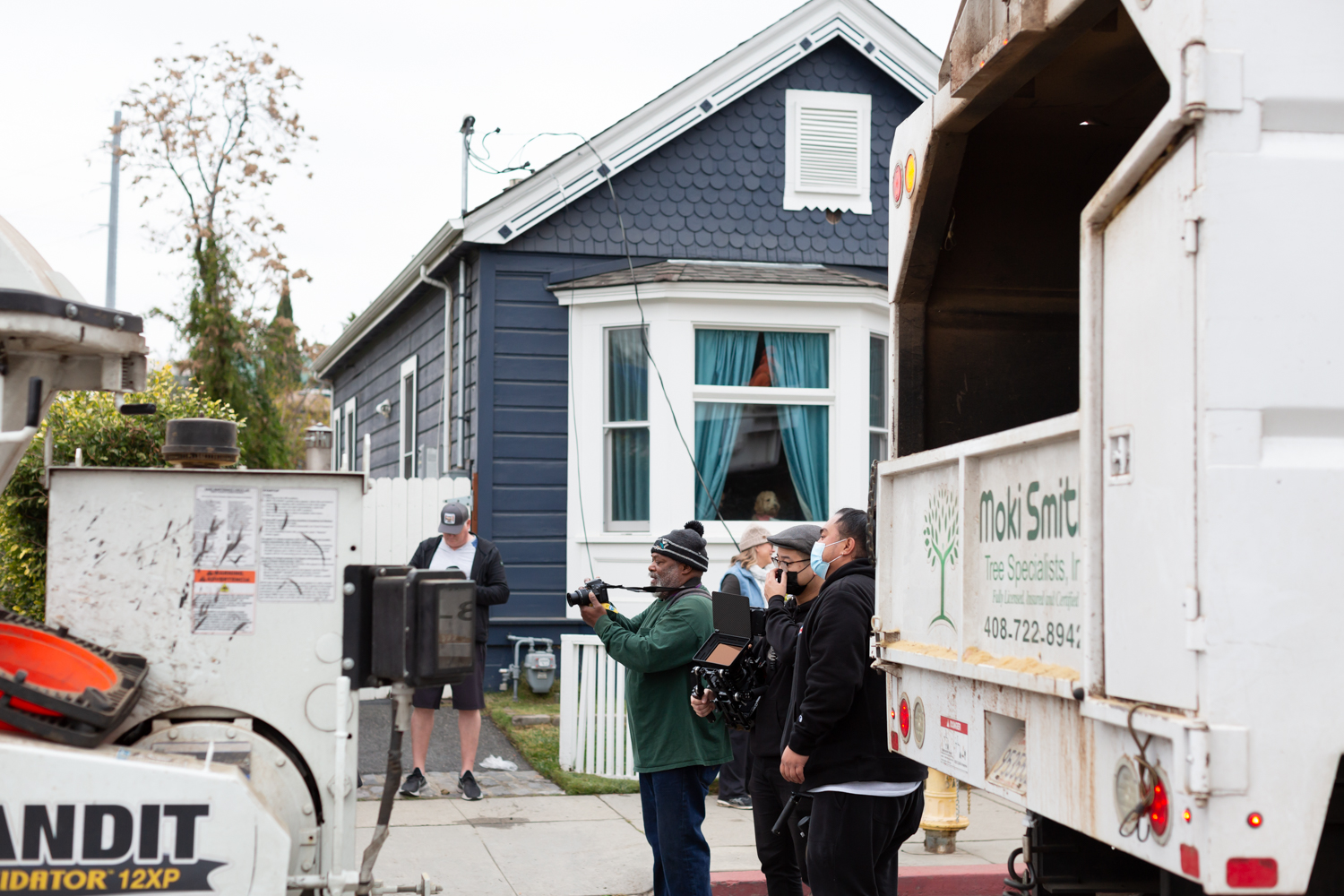 Neighborhood dog, likely having the best day ever, image by Andrew Campbell Nelson 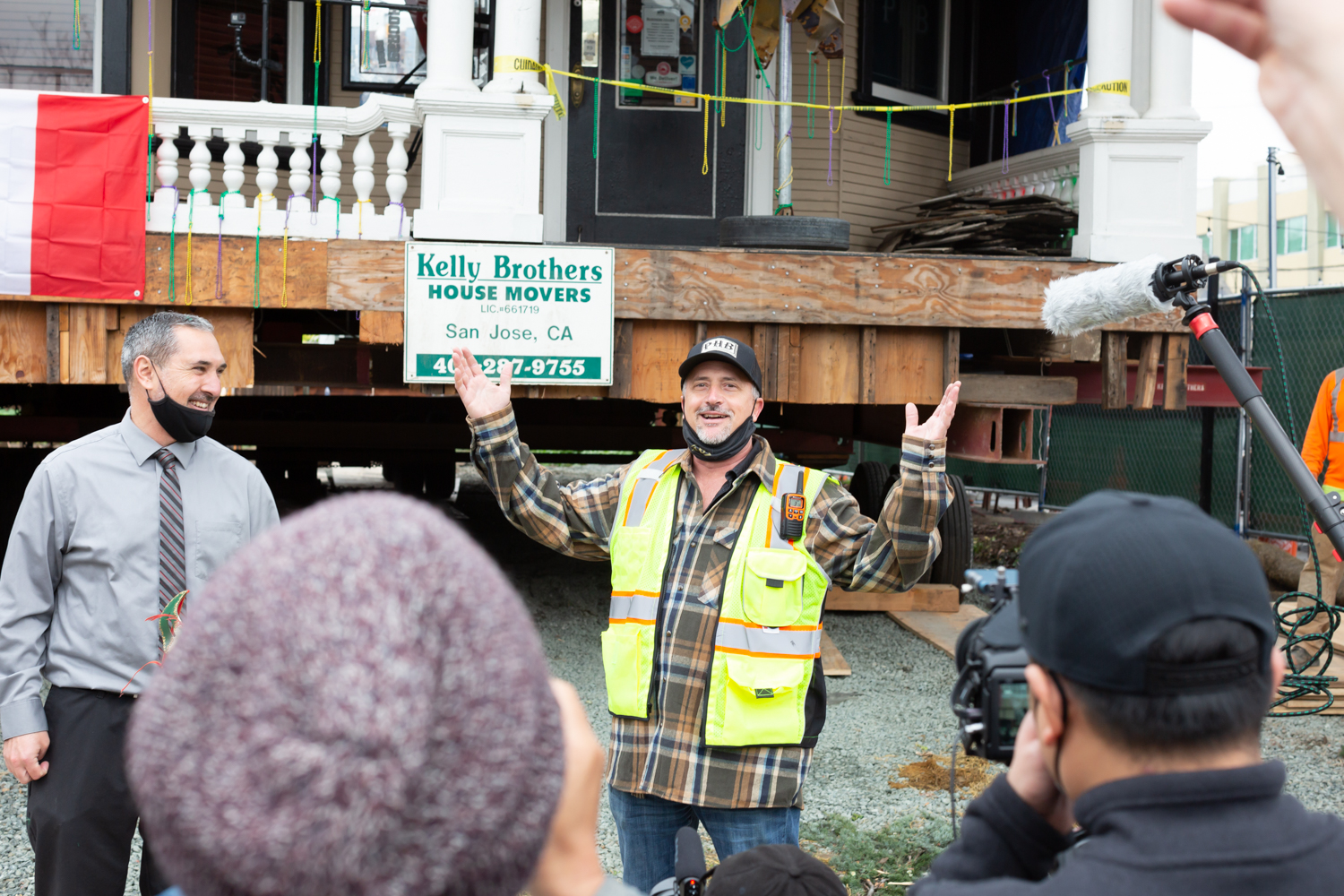 Kelly Brothers House Movers were responsible for moving the single-story structure over half a mile. The structure moves in front of Diridon Station to West San Carlos Street, turned left onto Barack Obama Boulevard, and right onto West St Johns Street. The building moved across a bridge of Guadalupe River and next to Henry’s Hi-Life, and the future Italian Museum.

Crews will now work to settle the building into 317 West San Carlos, where the building will be renamed Famiglia Meduri Poor House Bistro, in honor of the restaurant owner’s Italian family background. Jay Meduri founded the Poor House in 2005. The location will be the third for the structure, which once existed near San Jose State on 11th Street before being moved in the 1950s. 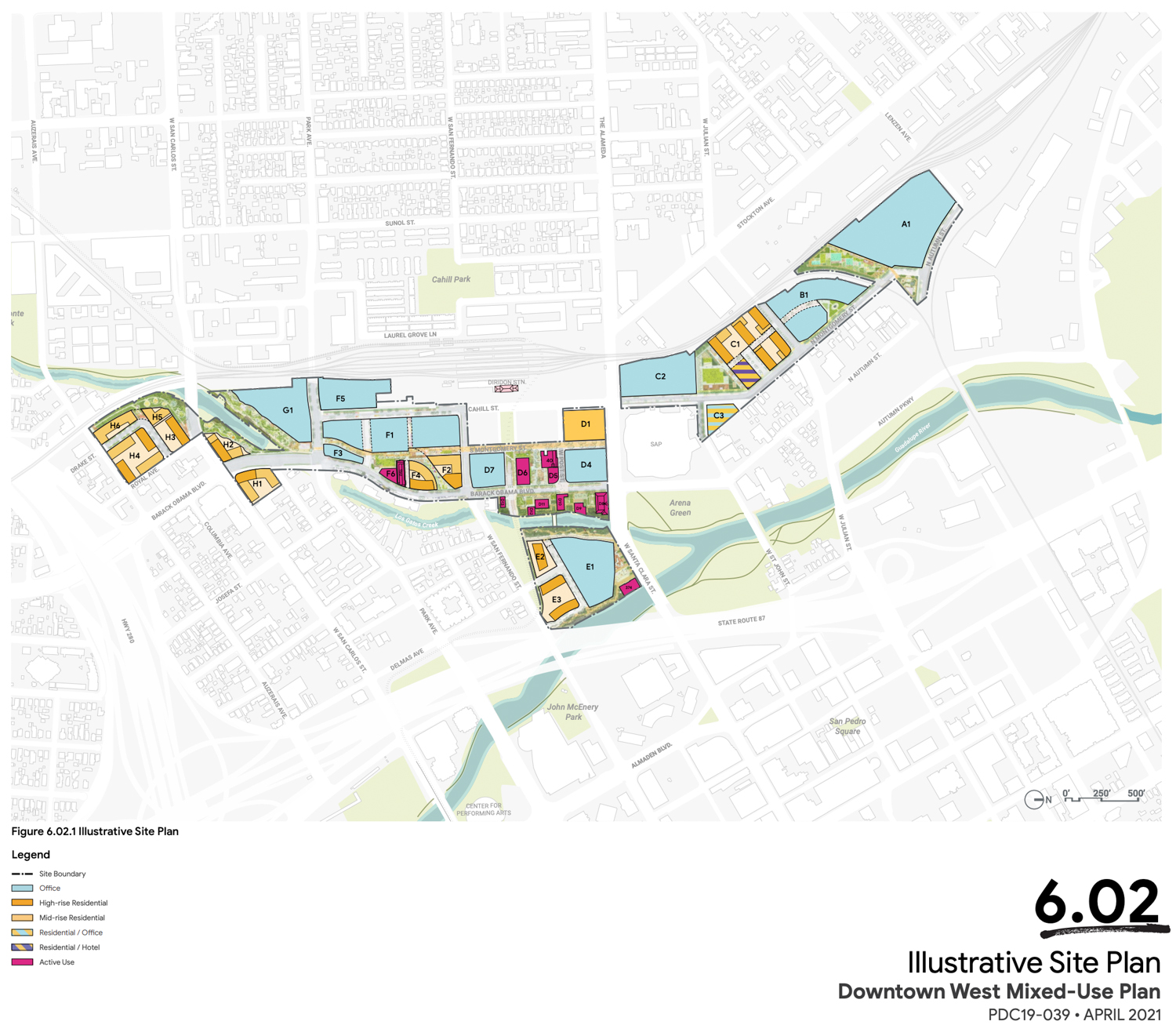 The Poor House Bistro was located around Parcel F1, where a long office structure will be built for Downtown West.

Full build-out of Downtown West is expected to see around 4,000 new homes, 7.3 million square feet of offices, 500,000 square feet for active uses like retail or culture, 100,000 square feet for event space, a 300-room hotel, corporate accommodations of up to 800 rooms, and 15 acres of parks and open space. Local infrastructure improvements will connect the project with the surrounding area. 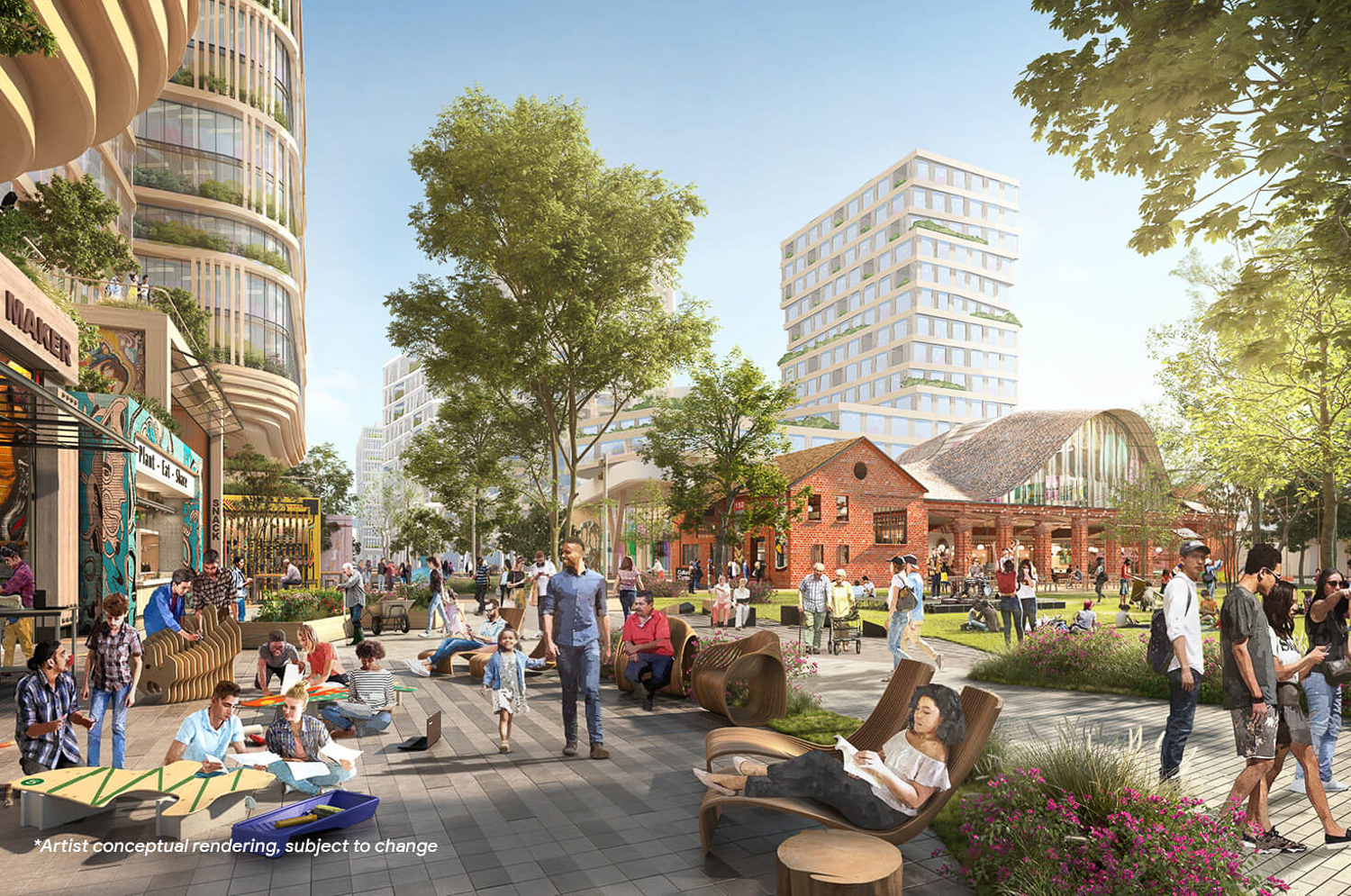 Four sites will see the construction of eight hundred units ranging from extremely low- to low-income affordable housing. Another two hundred units integrated with market-rate housing will be priced as affordable for residents earning the Area Median Income. 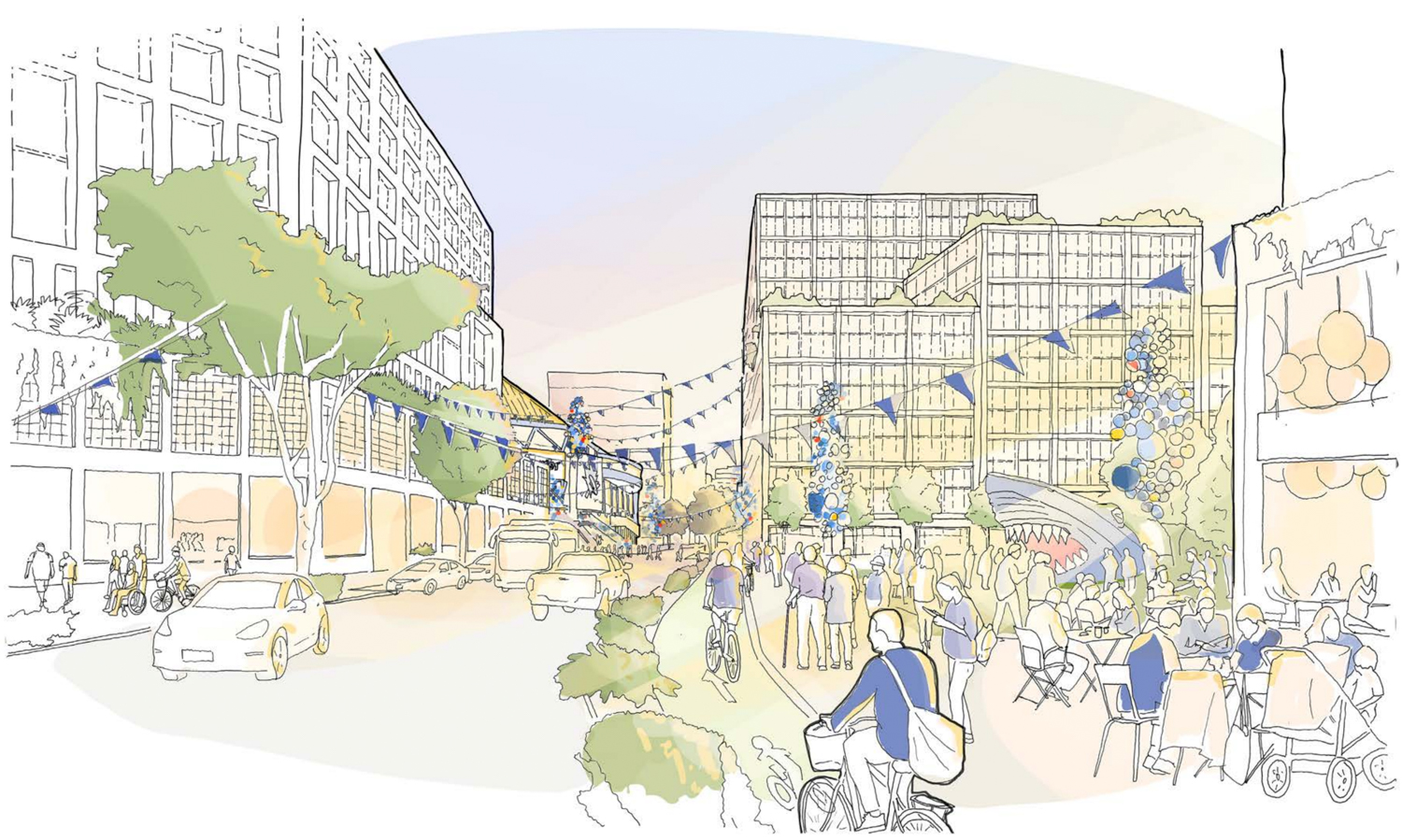 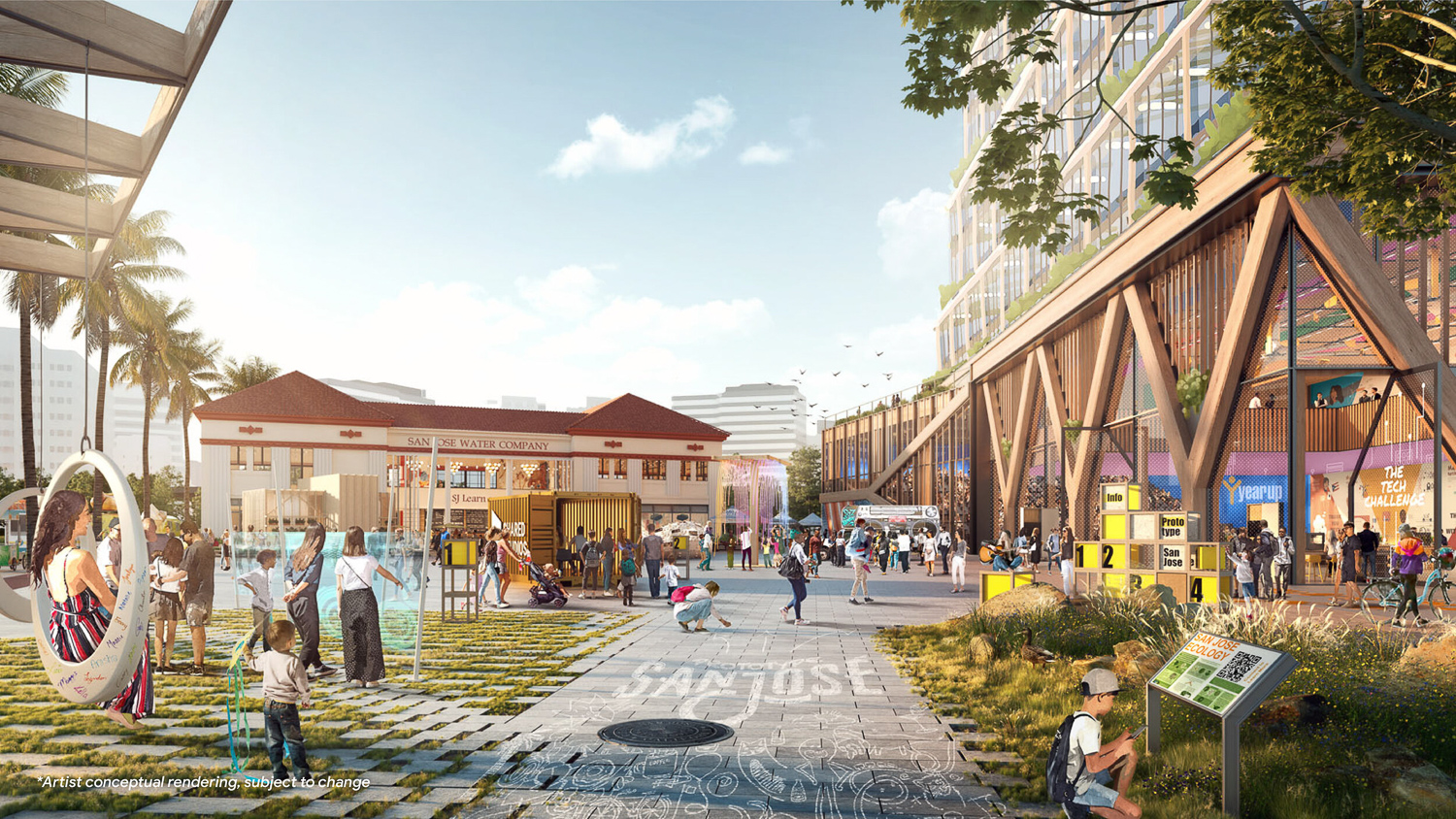 Lendlease is acting as Google’s development advisor, with master planning and urban design by SITELAB Urban Studio. Heatherwick Studio, who has worked with Google in the past, is the workplace architect. Other architects will include Grimshaw Architects, Kohn Pedersen Fox, Fougeron Architecture, Solomon Cordwell Buenz, and SHoP Architects. West8 is the landscape architect, ARG is the historic resource consultant, HMH Engineers will be the civil engineer, and Sherwood Design Engineers is the Civil and Infrastructural engineer. 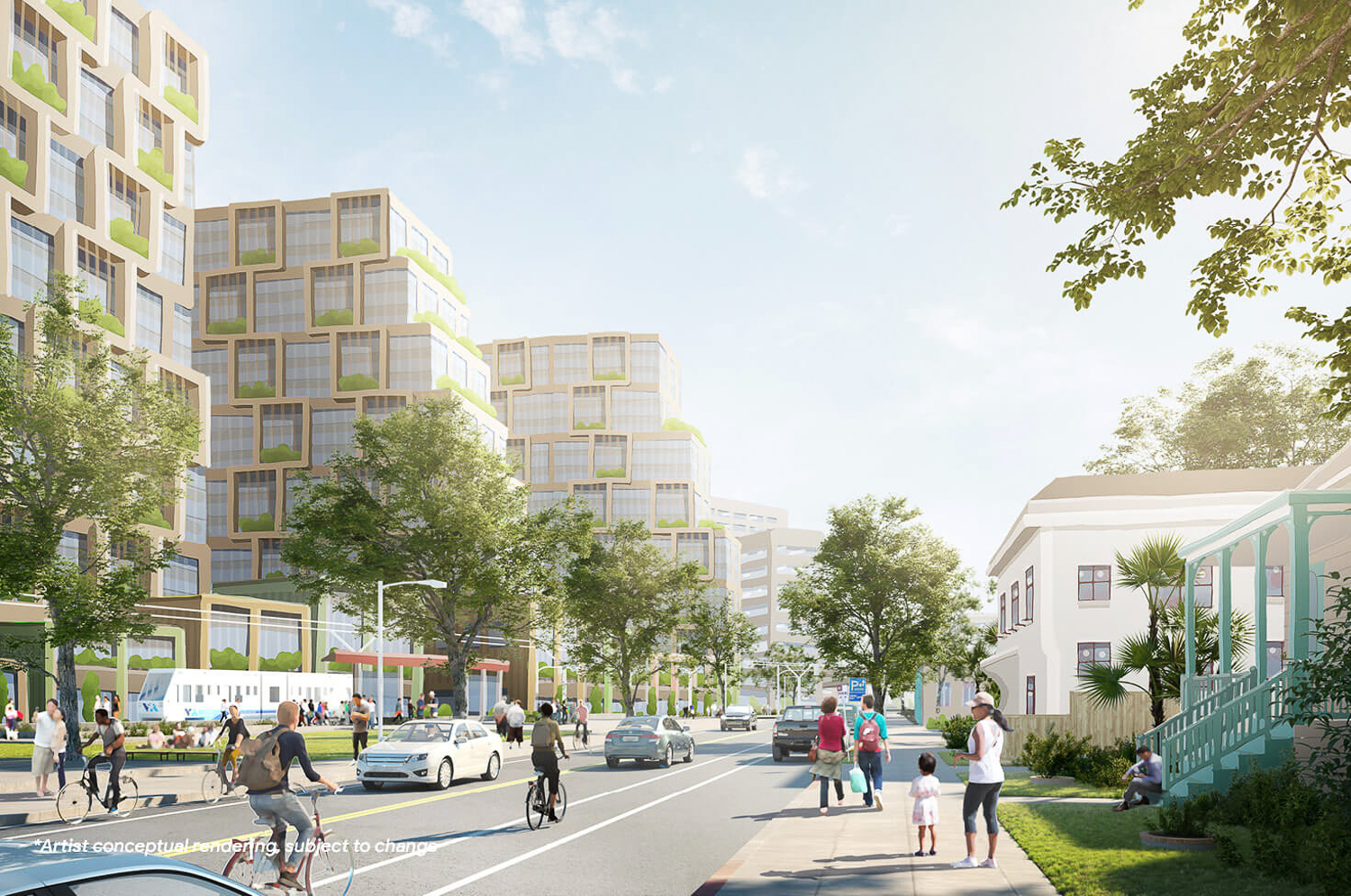 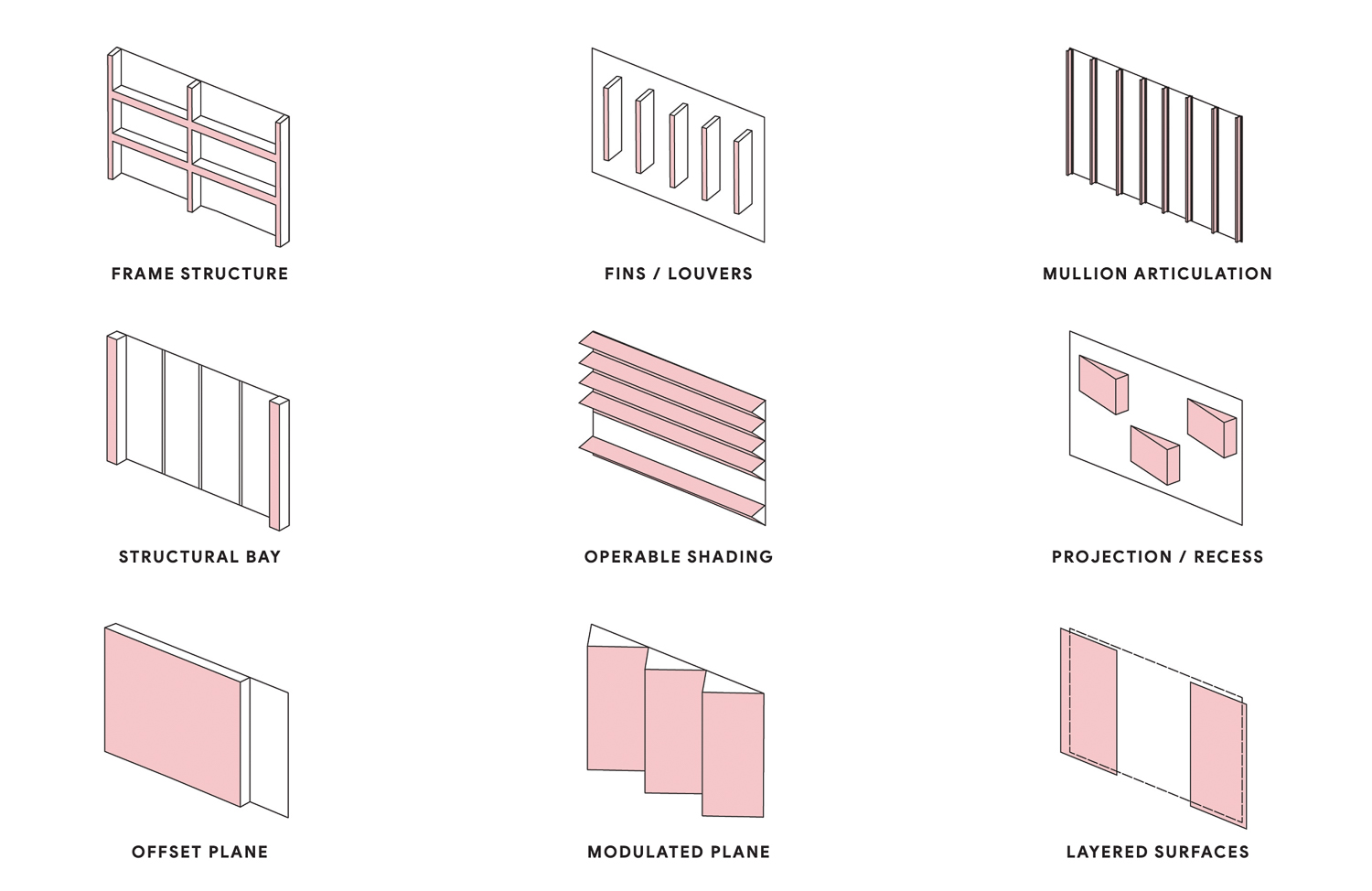 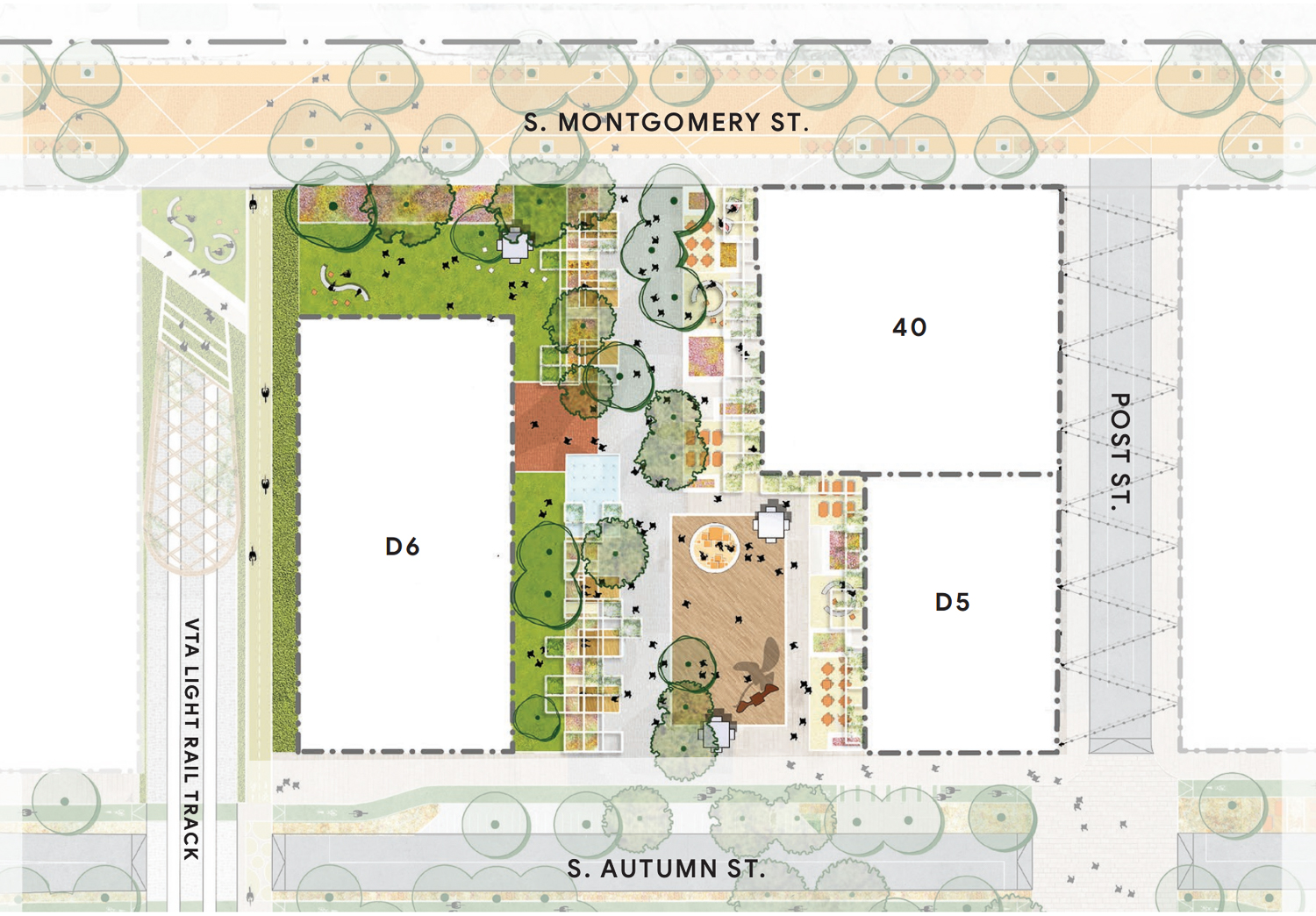 Groundbreaking is expected for Downtown West by late 2022 or 2023, with the first phase of buildings along Santa Clara Street.