A pre-application permit has been filed for residential plans at 430 Broadway, in Oakland, located by Jack London Square. Additional reporting states the developers are planning yet more housing at the vacant structure on 401 Broadway, with roughly 600 new homes in the works. The filing is by Related and the East Bay Asian Local Development Corporation. 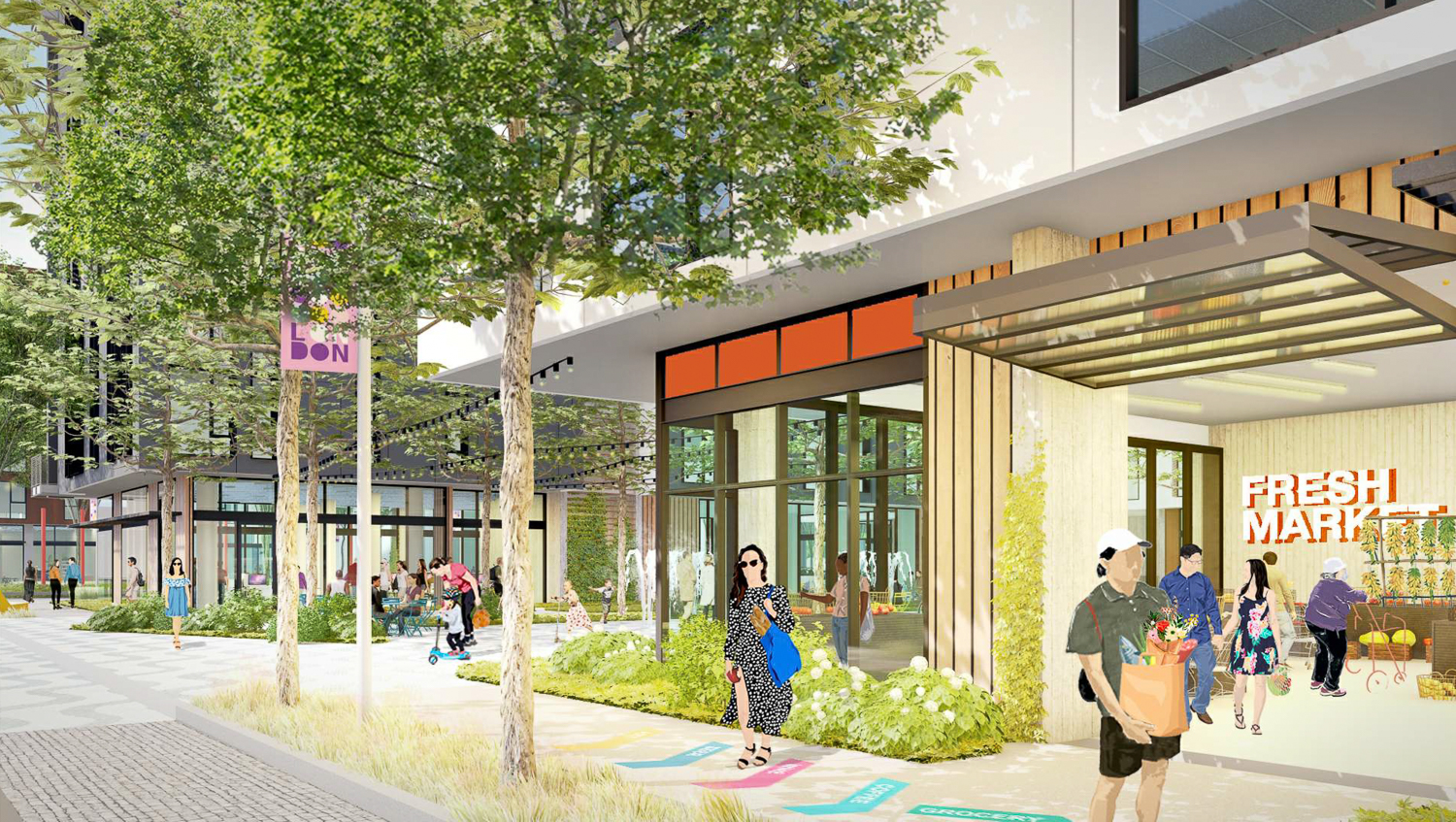 Three buildings are proposed for the parcel at 430 Broadway, rising between 65 and 85 feet tall to yield 296,920 square feet with 9,540 square feet for retail uses. A total of 272 units will be created, ranging in size with 25 studios, 142 one-bedrooms, 56 two-bedrooms, and 49 three-bedrooms. All units will be priced as affordable housing.

430 Broadway buildings A and B facade elevations, rendering by David Baker Architects

Parking will be included for 158 vehicles, 224 long-term bike spaces, and 58 short-term bike spaces. The car garage will be built at ground level, accessible by 5th Street, and will make use of car stackers to increase space efficiency.

Demolition will be required for an existing 109,000 square foot building, previously the offices for the Alameda County Probation Department.

Reporting by Sarah Klearman of the San Francisco Business Journal states that the joint development team will soon file plans to build at 401 Broadway. While specifics have not yet been decided, the additional structure is expected to build around 325 units if not more, depending on a possible high-rise component. The two lots will also be connected by a pedestrian bridge over Broadway. 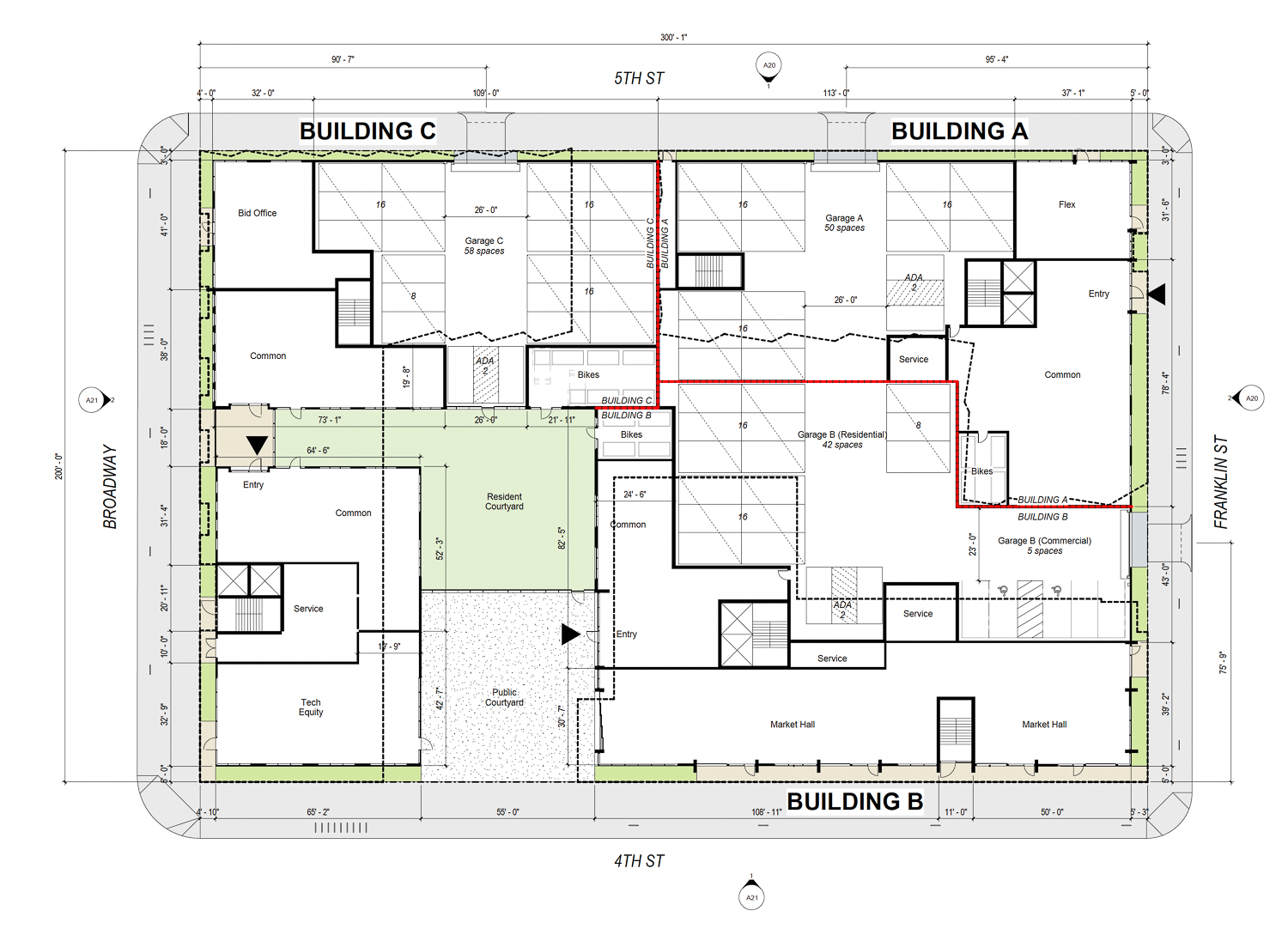 The developers will make use of two pieces of State legislation, Senate Bill 35 and Senate Bill 330. SB35 was enacted in 2017 as a measure to streamline the approval of housing with a certain level of affordable multi-unit housing and pay workers union-level wages. SB330 was enacted in 2019 to prohibit local agencies from disapproving housing that meets certain criteria, including affordable housing.

430 Broadway is also expected to overlook the plans for 419 4th Street, where Smart Growth and Lowney Architecture is developing a six-story addition above the Noodle Factory with 69 apartments. 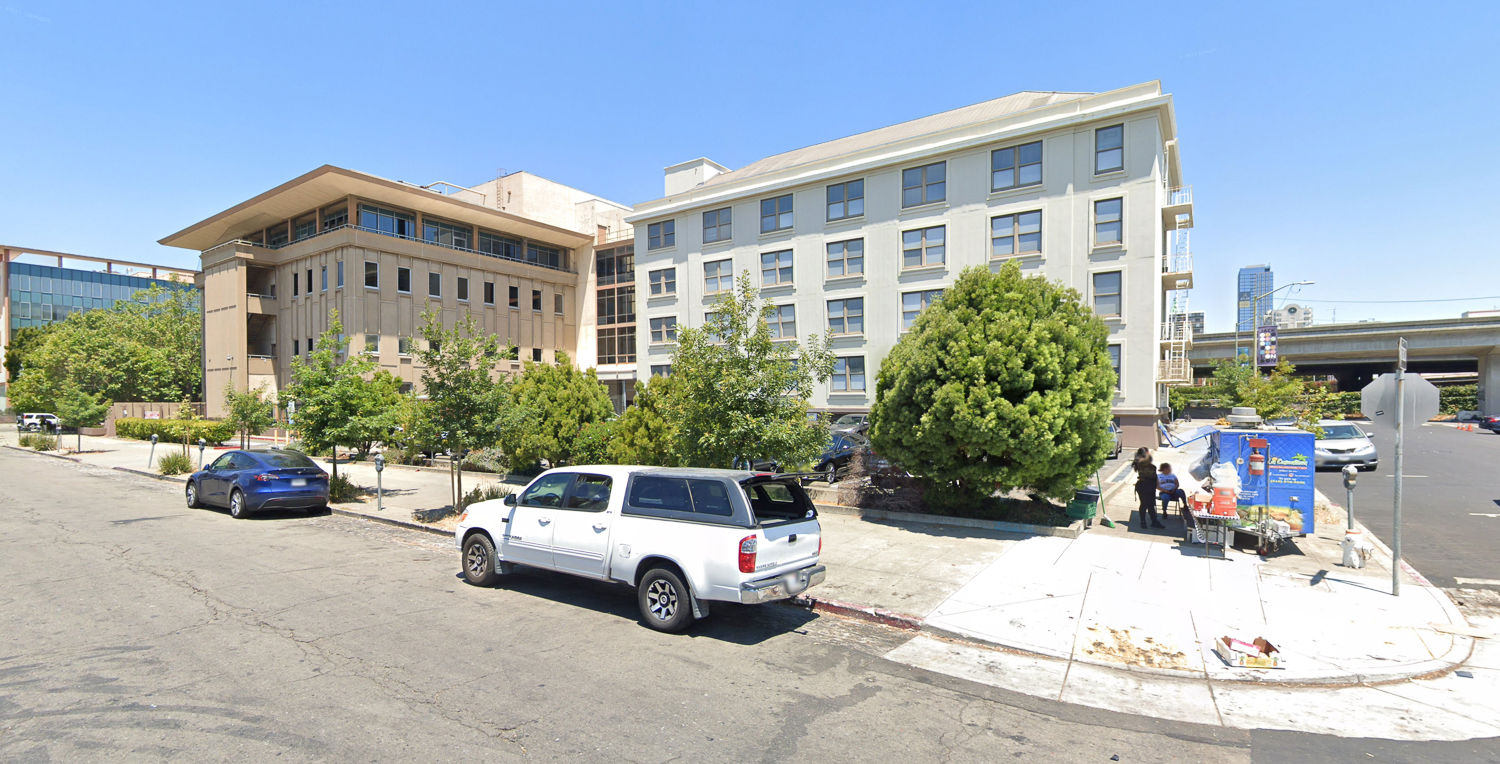 Construction is expected to begin by 2024.