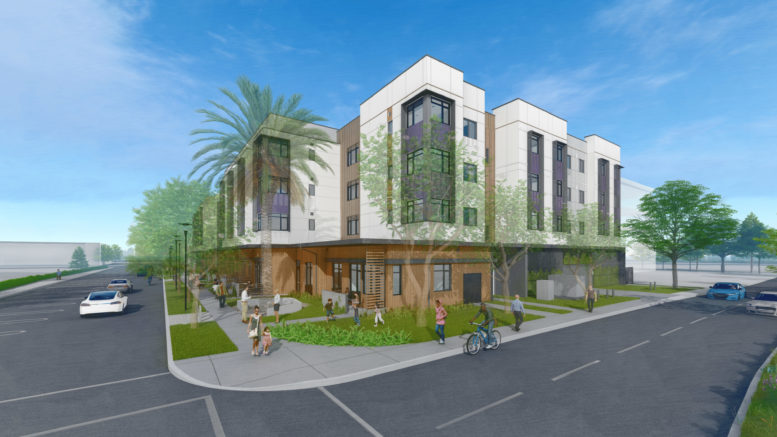 Approved funding has been secured by the Santa Clara County Board of Supervisors for the construction of 231 Grant Avenue, Palo Alto. Once finished in 2024, the project will offer housing for over a hundred teachers to work in San Mateo County and Santa Clara County. Mercy Housing and Abode Communities are responsible for the project.

The proposal would demolish the existing 6,800-square-foot office building and would construct a new four-story facility, totaling approximately 112,000 square feet. The buildings would be developed with 110 affordable rental units.

Approximately 2,000 square feet of community space, including a lounge, activity room, and laundry, would be provided for resident-use and management offices and about 1,200 square of commercial space. Parking will be included for 112 vehicles and 134 bicycles.

The project architect is Van Meter Williams Pollack, a San Francisco-based firm. The design is exemplary of contemporary architecture writ large, with an articulated facade to break up the massing and a trio of exterior material palettes built over a darker foundational ground level. 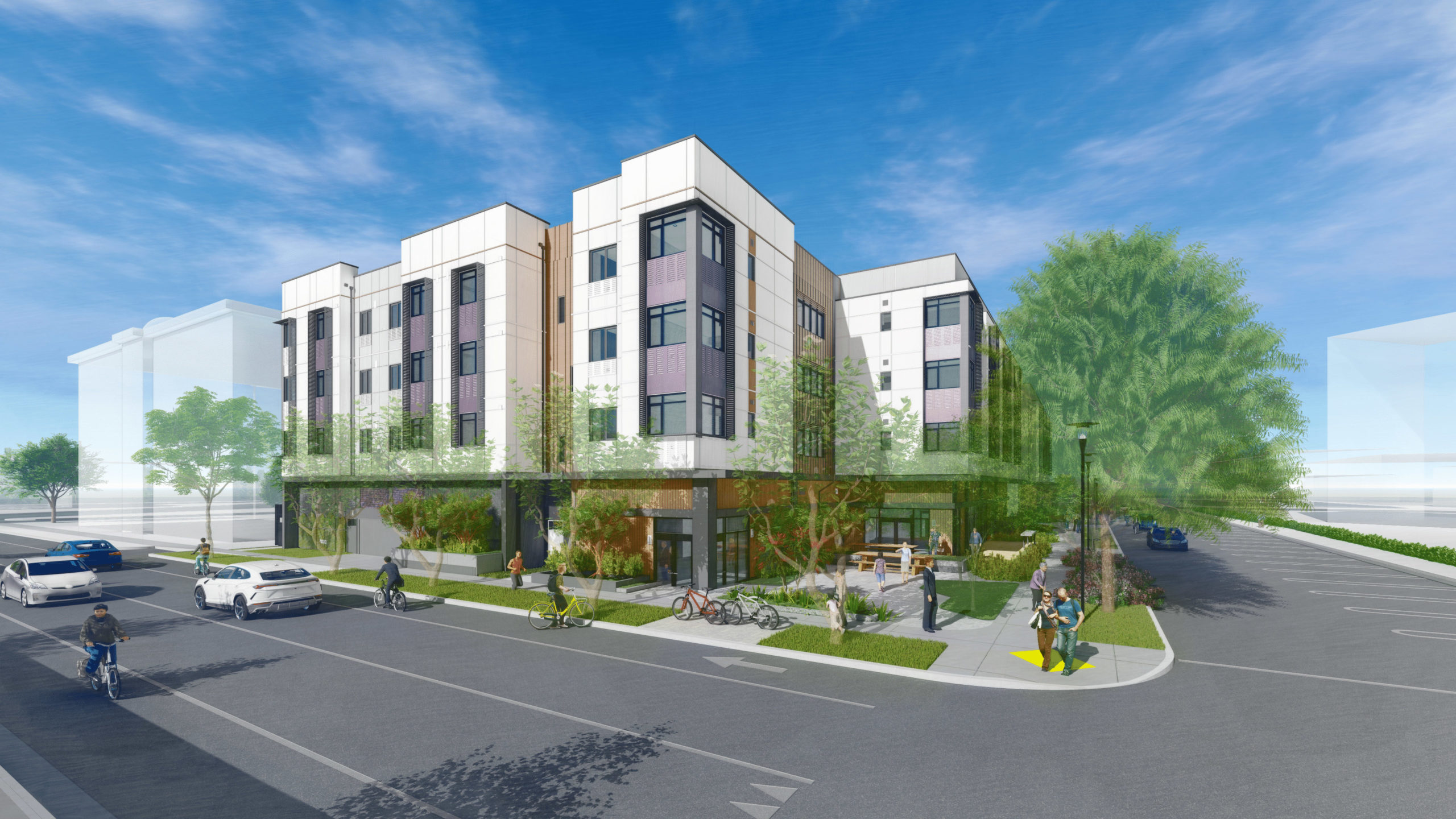 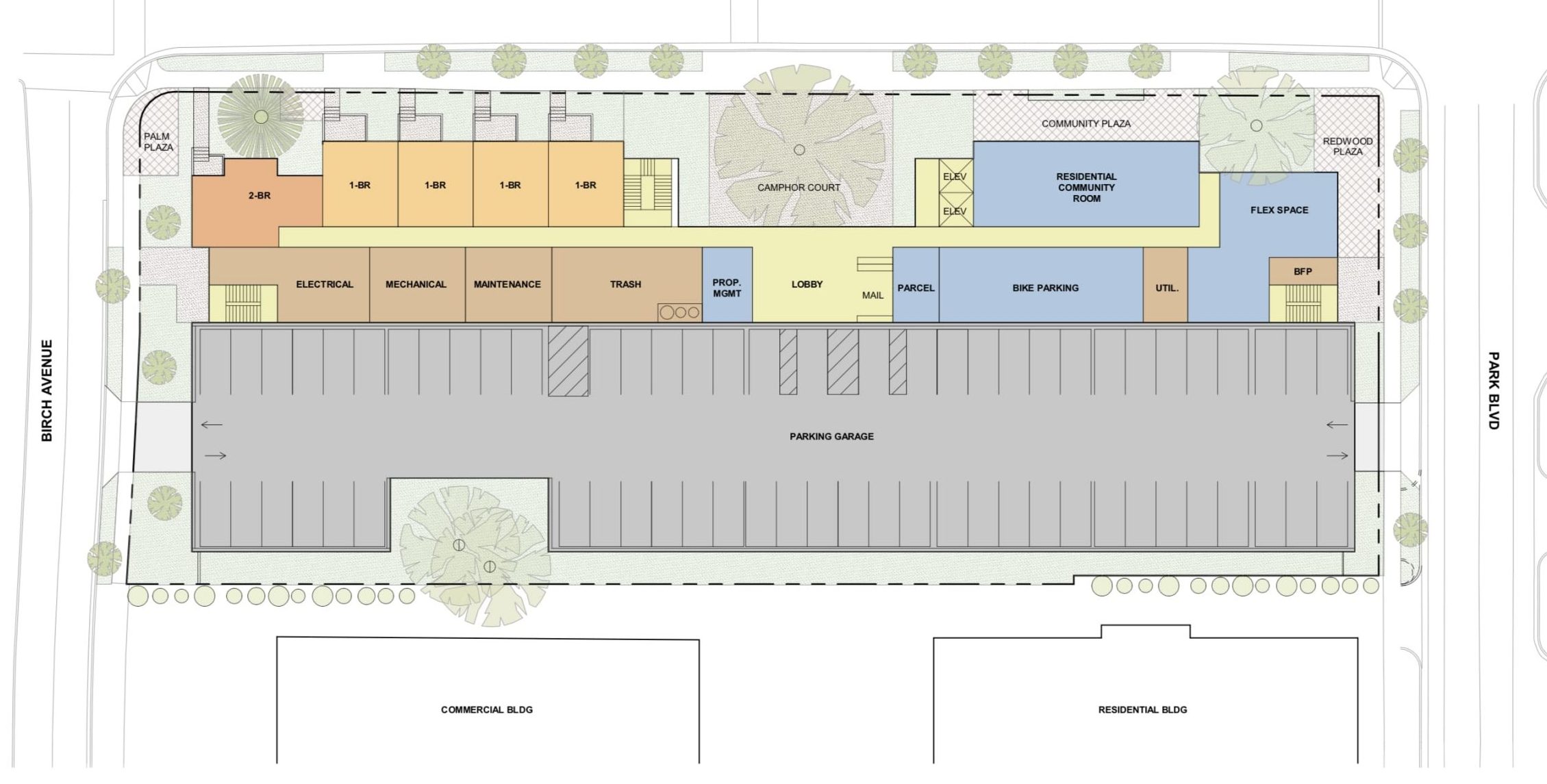 The property is a few blocks away from the California Avenue Caltrain station. VTA Buses also service the area.

Construction on 231 Grant Avenue is scheduled to start in the Fall of this year, with completion in 2024. The new housing will rise across from the Court House and the planned Palo Alto Public Safety Building at 250 Sherman Avenue, currently under construction. 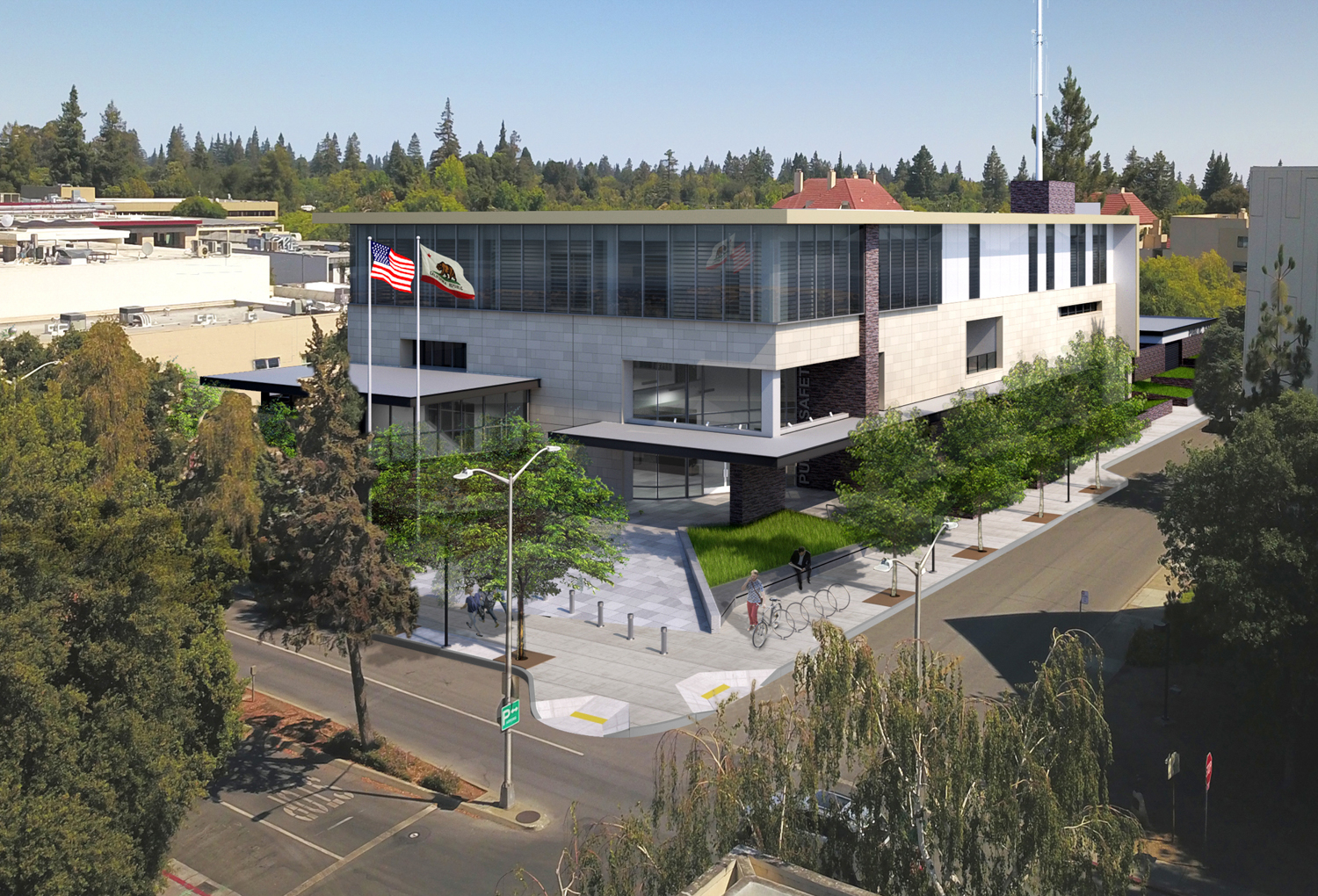 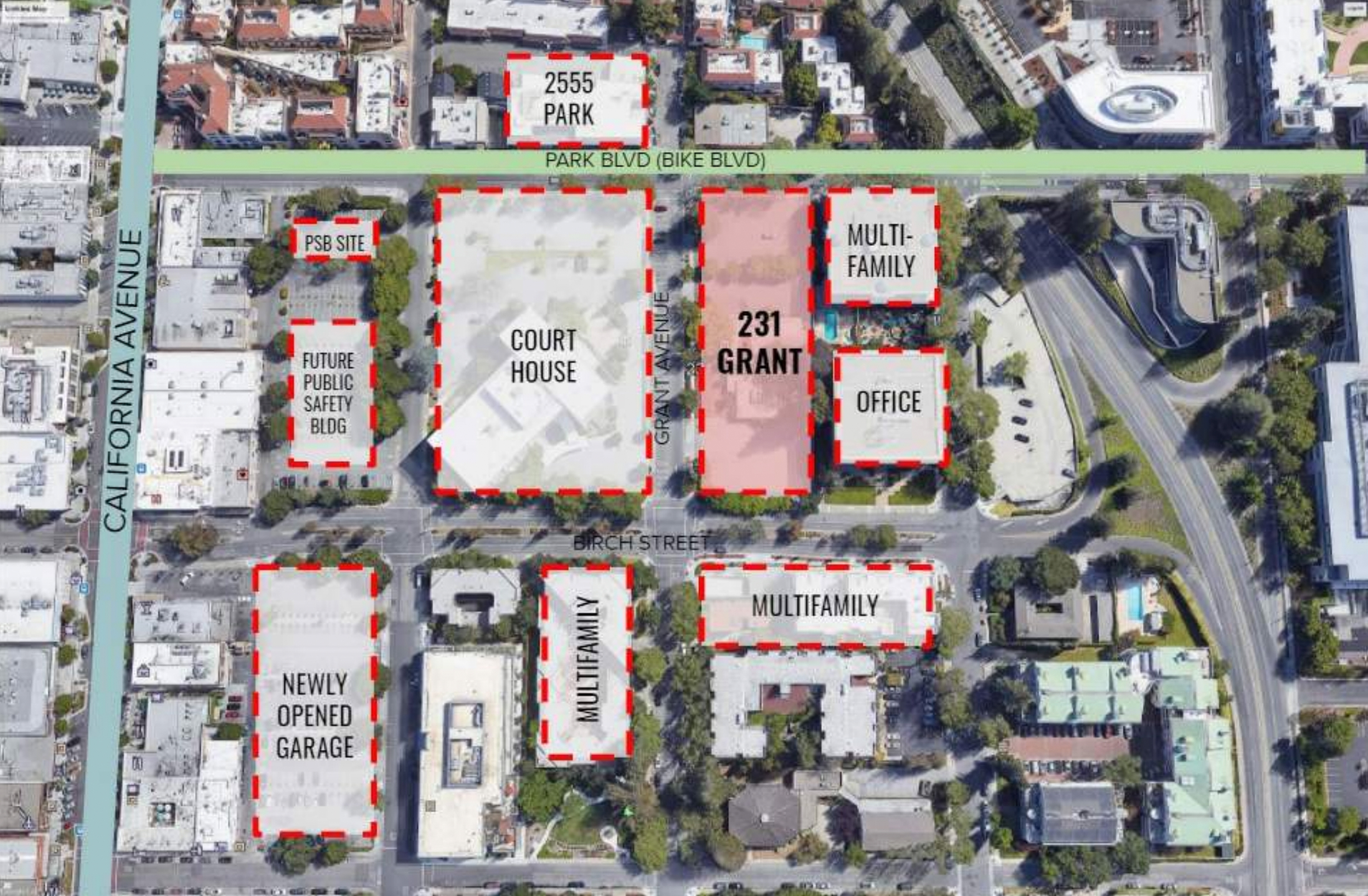 The project is being developed in collaboration with the County of Santa Clara, Meta, formerly Facebook, the City of Palo Alto, and engaged school districts in Santa Clara and San Mateo Counties. According to the project website, 231 Grant “is intended for Santa Clara and San Mateo County teachers, school employees, and their families. The selection criteria, application process, and other resident policies are not yet determined.”

The approval for $21 million by the Board of Supervisors was first reported by Gabriel Greschler of the Bay Area News Group organization. Speaking with Greschler, Doug Shoemaker, president of Mercy Housing, explained the price increases as part of the larger supply chain issue, “We were all hoping that 18 months ago, costs would flatten or decline, but with supply chain and commodities, we’re seeing 8 to 12 percent inflation in the construction world.” Units will now cost around $792,000 each. 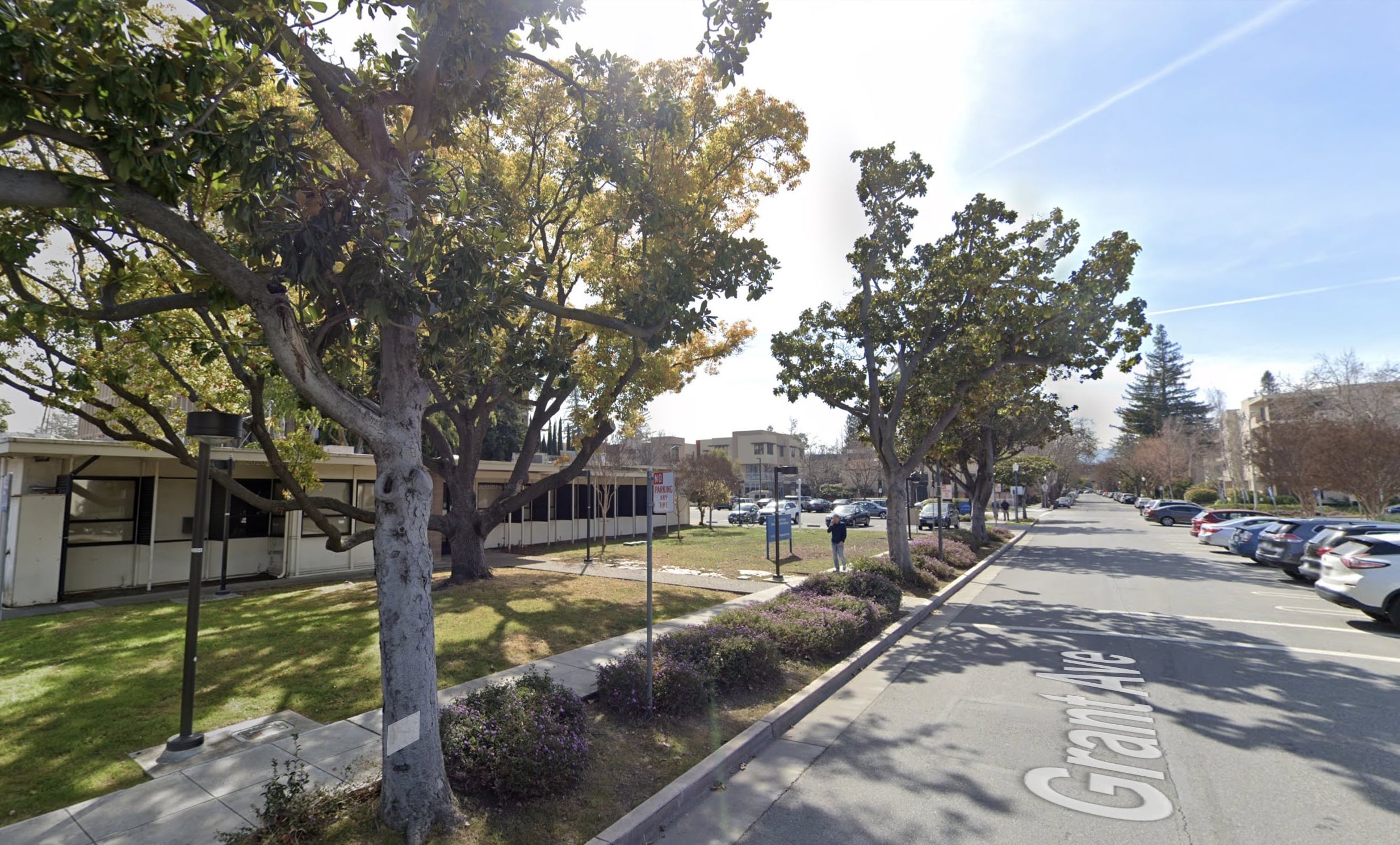 In late 2019, Meta gave $25 million for the project as part of a publicity effort supporting affordable housing in the Bay Area. The firm established in December of 2020 the Community Housing Fund, setting aside $150 million for affordable housing projects in the Bay Area, hoping to solve a crisis exacerbated by the confluence of Silicon Valley’s astronomical growth in the 21st Century, which worsened the housing supply shortage.

In September of 2021, Meta donated another $38 million for four affordable housing projects across the Bay Area, as reported by Troy Wolverton for the Silicon Valley Business Journal. Path Ventures received $9.75 million for Villas at Buena Vista, San Jose. First Community Housing received $8.3 million for Lighthouse at Grace in San Jose.

Be the first to comment on "Increased Funding Approved for Teacher Housing at 231 Grant Avenue, Palo Alto"