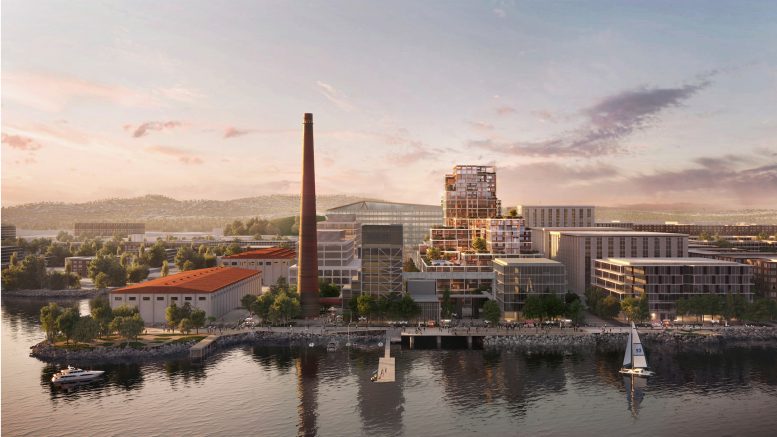 A recent site visit has shown notable progress on demolition and excavation for the 2,600-home Potrero Power Station development nine months after groundbreaking. Crews have removed several structures while retaining the historic Station A and 300-foot smokestack, both brick structures will serve as focal points in the 29-acre waterfront development in Dogpatch, San Francisco. Associate Capital is responsible for the project. 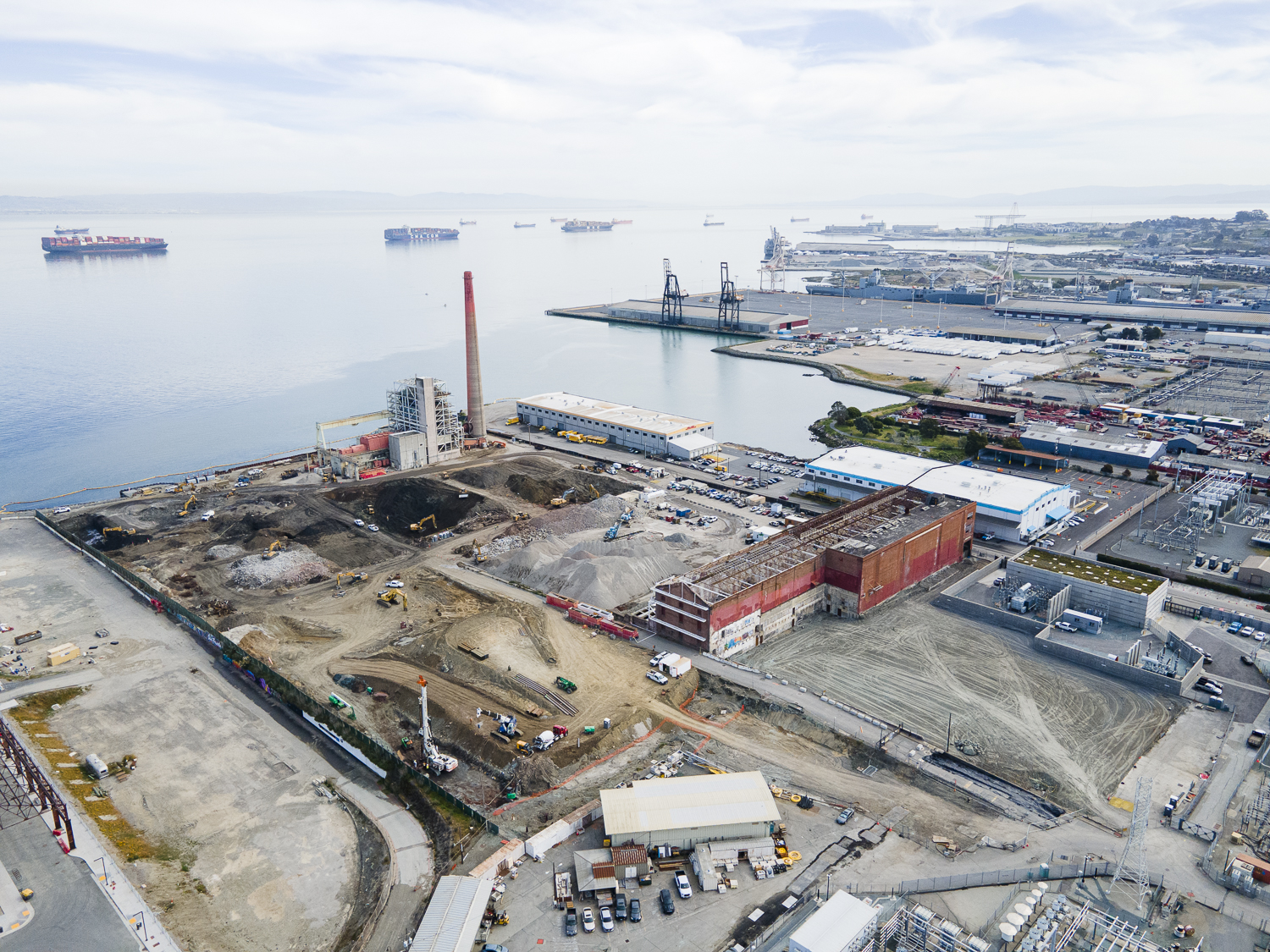 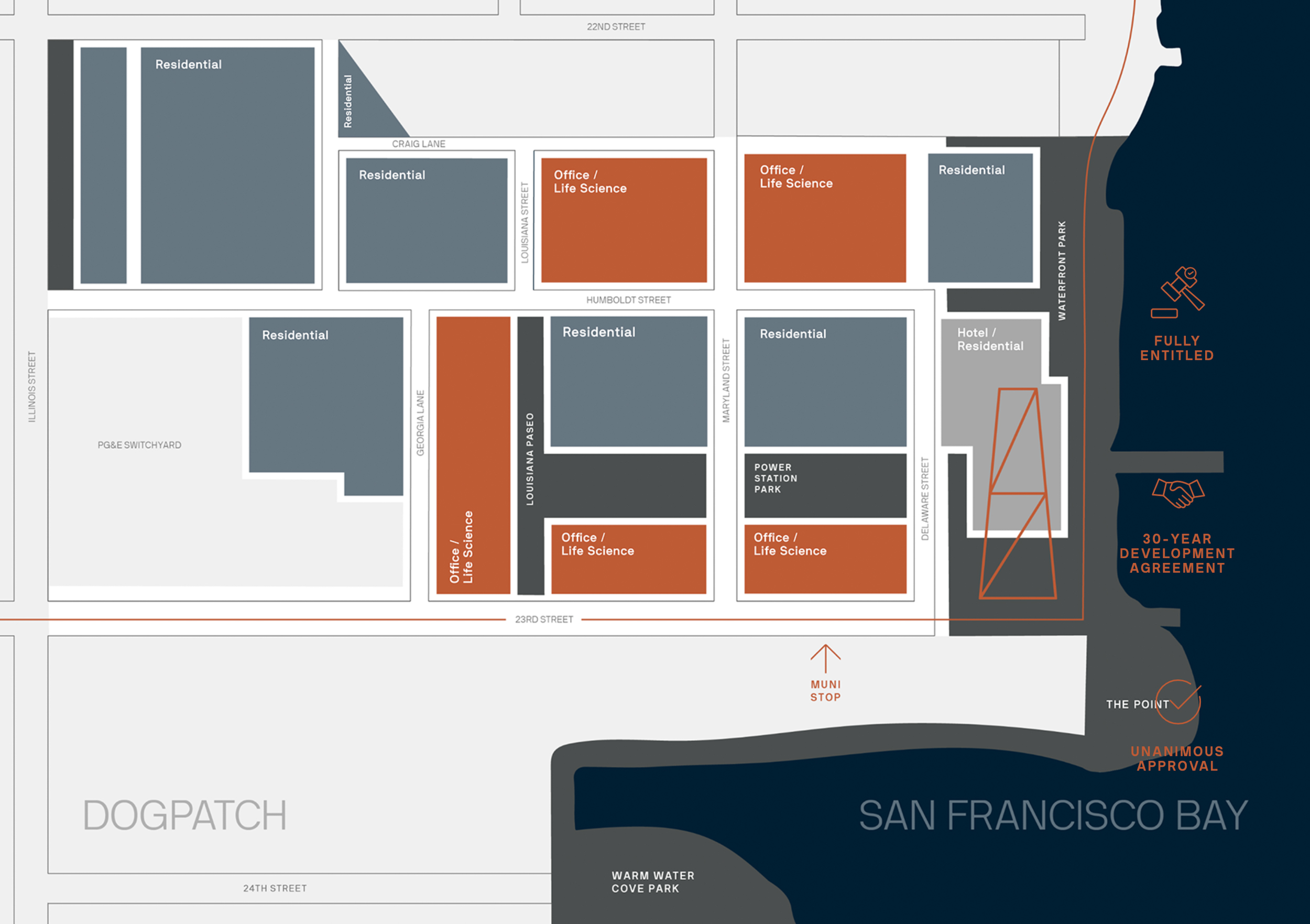 A rough outline for future streets and blocks is slowly coming into view thanks to the work of the construction crews. The footprints of the former buildings on-site have already been largely leveled away, and the future blocks closest to the waterfront are well defined. 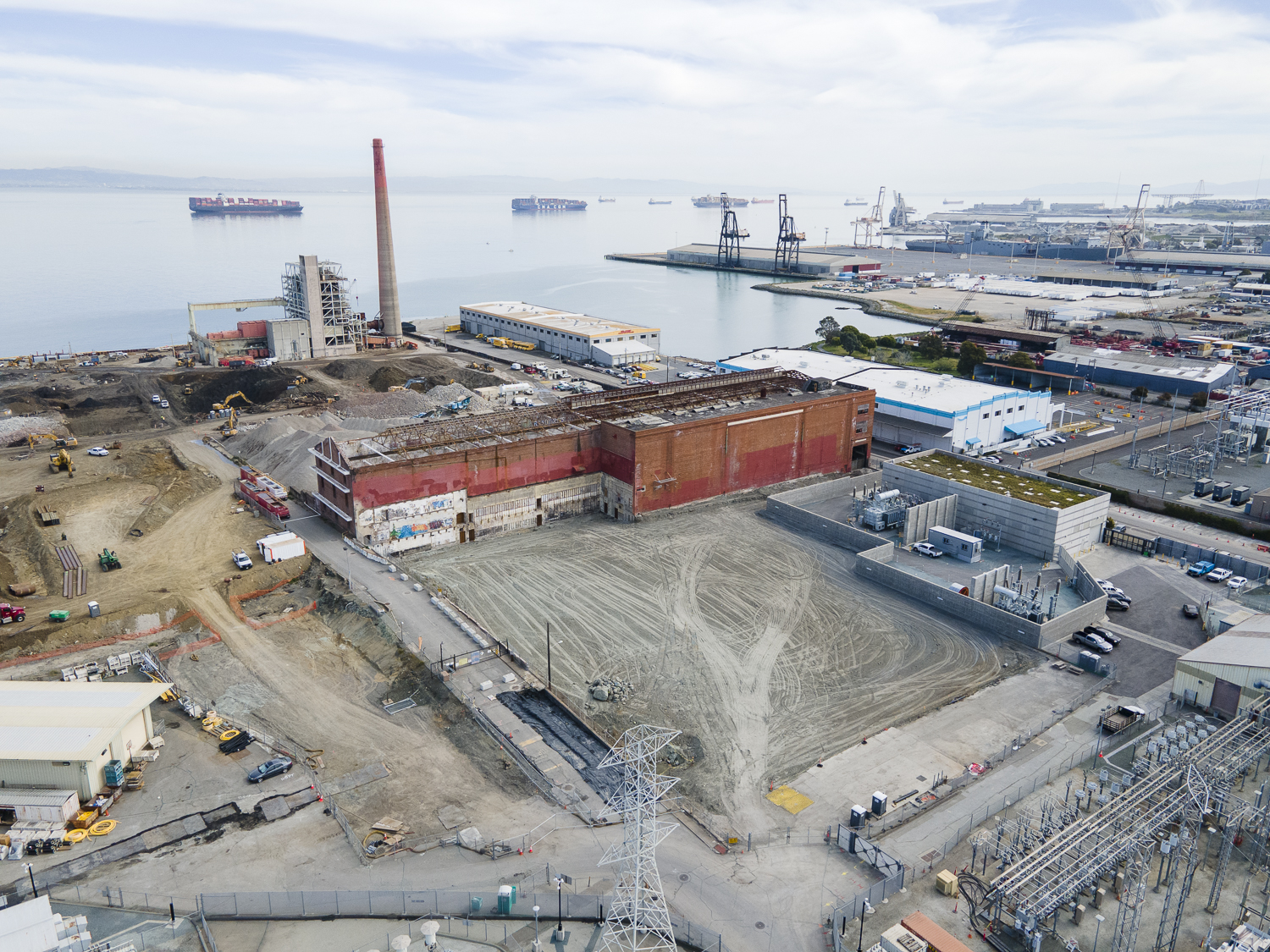 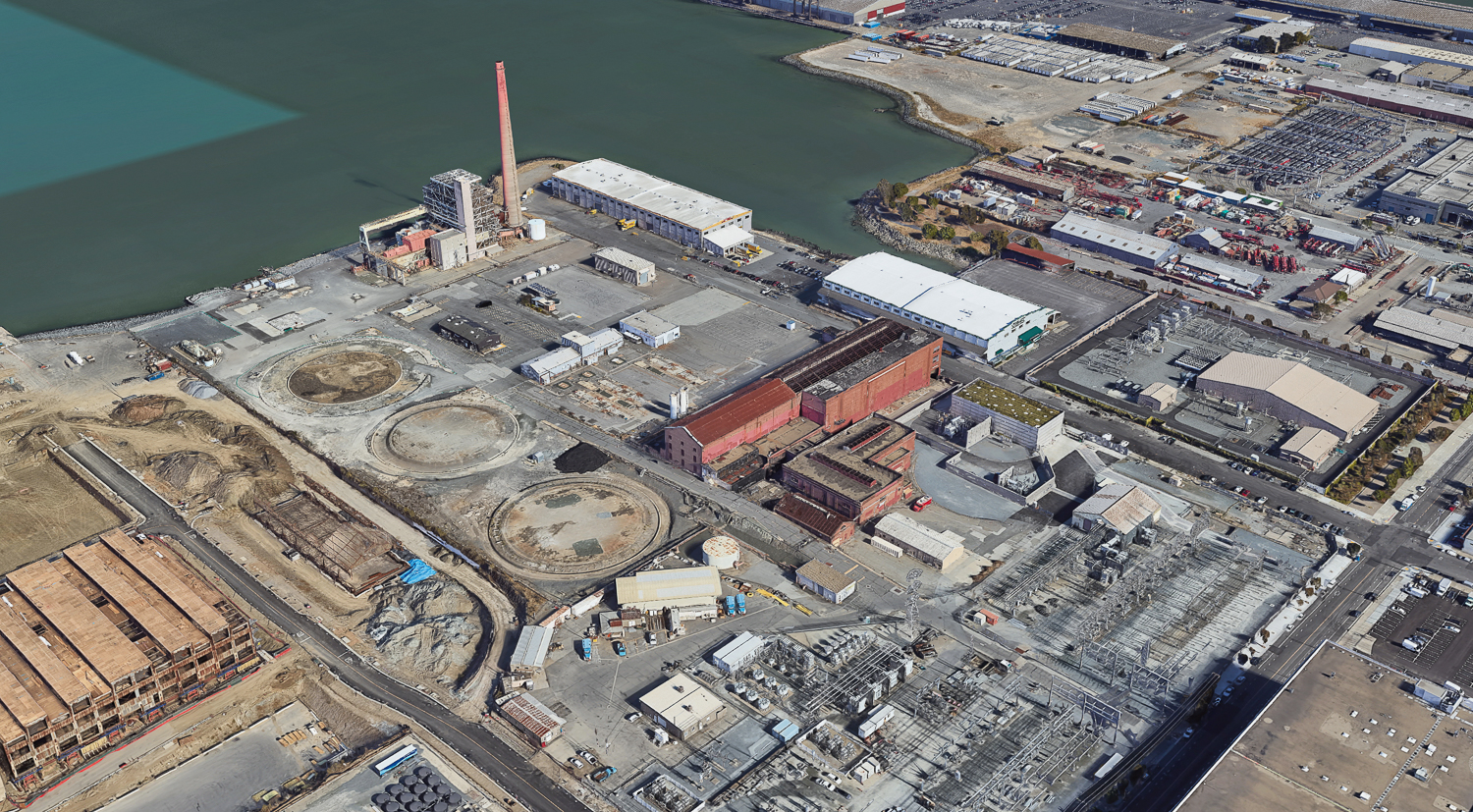 In other positive news for the project, the design review applications for Blocks 7A, 7B, 8, and 15 are approved by the San Francisco Planning Department just a few days ago. The approvals cover three residential apartment blocks and the adaptive reuse of Station A into a modernized office building.

Permits filed to the Planning Department by Associate Capital show that phase one of construction will include all of the above blocks, as well as Blocks 11 and 12. The design review process has been started for the two office/life sciences blocks, with project-specific details not yet published.

The Potrero Power Station project is poised to create 5.3 million square feet across several new buildings, including around 2,600 new homes, over a million square feet of offices and R&D space, retail, a boutique hotel, and nearly seven acres of public amenities and parks. 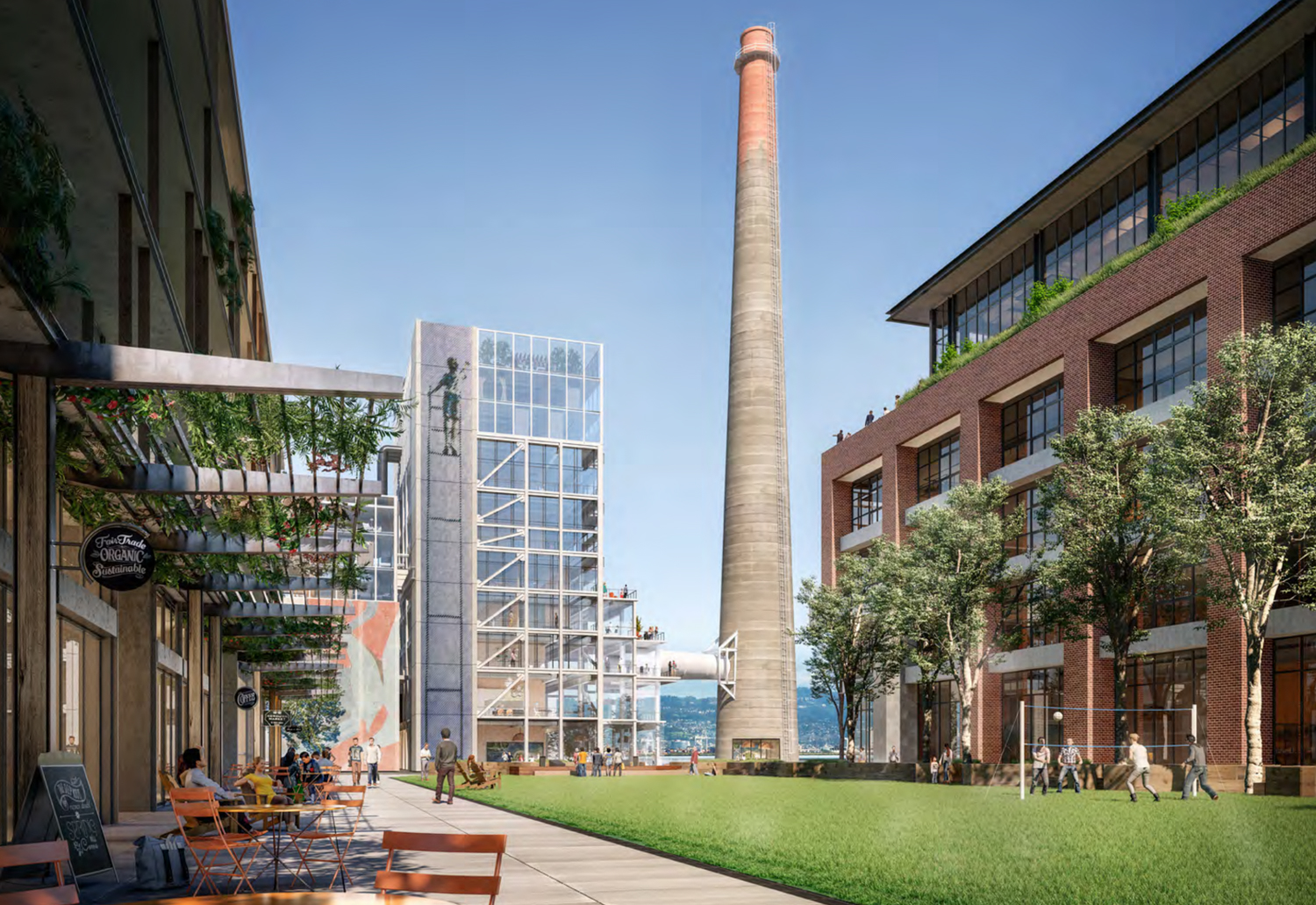 Perkins+Will is responsible for the project’s master plan. The 130-foot steel Unit 3 power station will be converted into a modern hotel. As the firm writes, “The site will be bookended by two power stations—one built in 1889, the other in 1964…In a complete turnaround, the site will be transformed from a polluting power plant to a sustainable, resilient neighborhood that embraces wellness.” 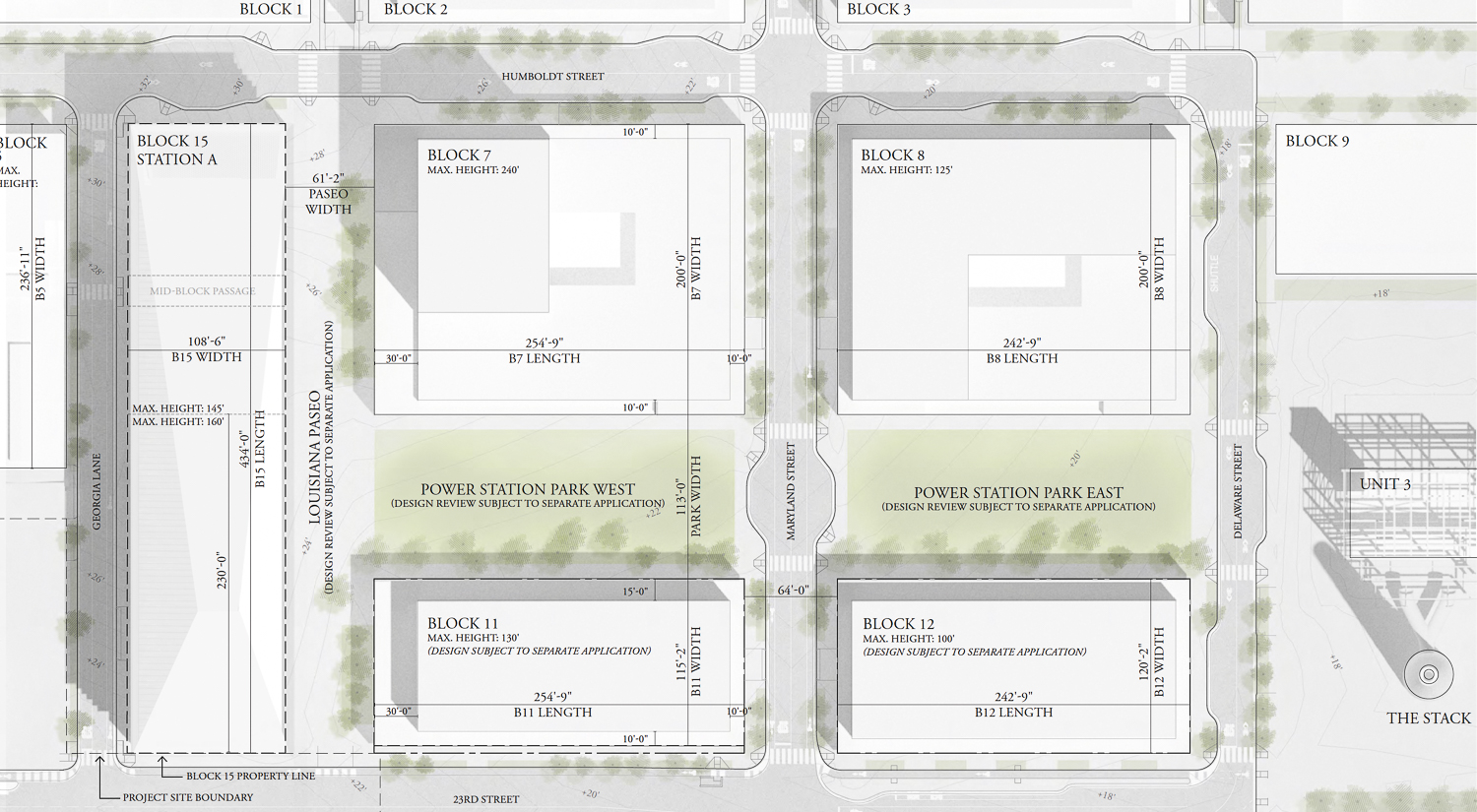 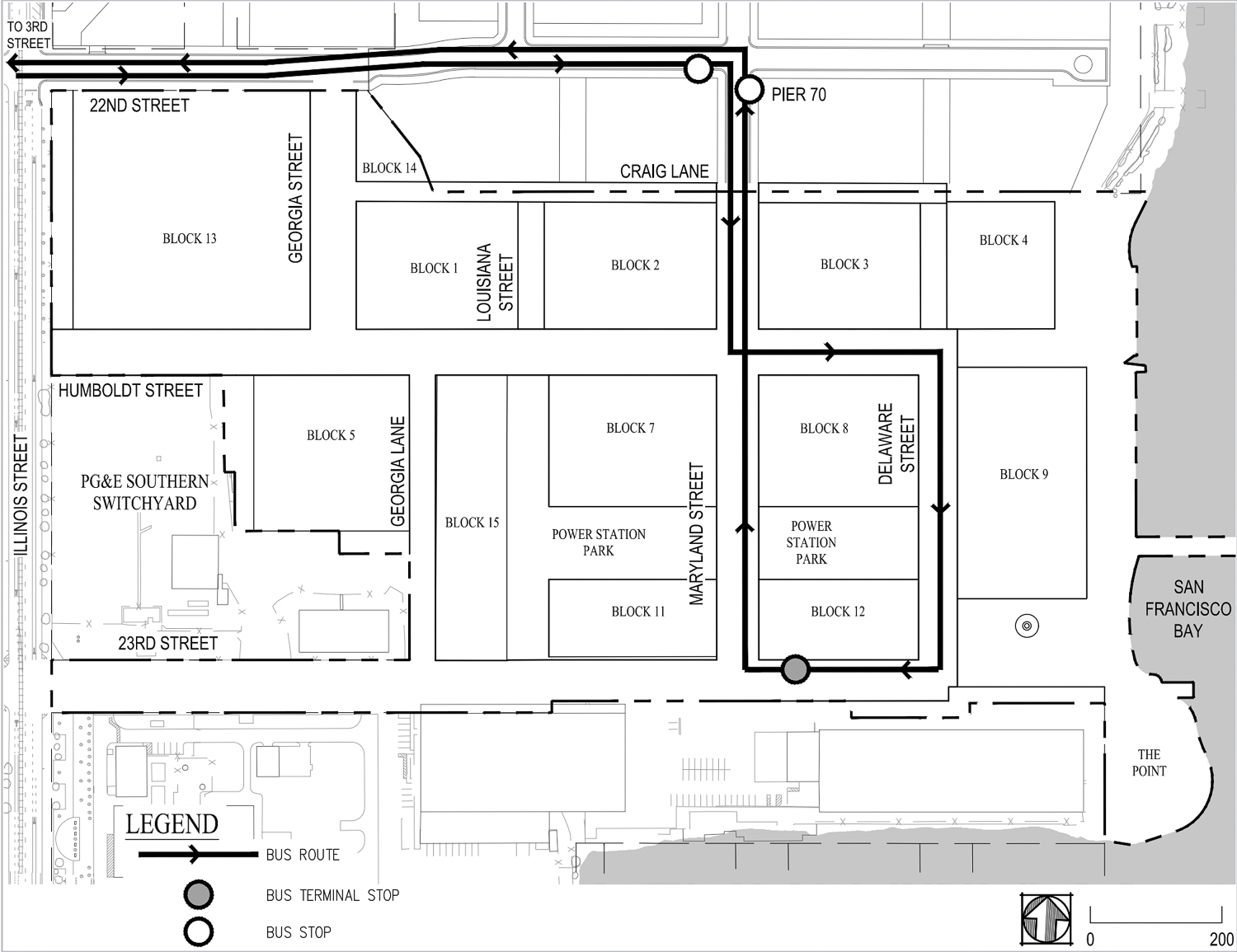 Various garages across the project will create a capacity for 2,622 cars for residents and office employees. MUNI bus line route will route to bus stops on 23rd street between Maryland and Delaware Street. A shuttle service will connect the project with the 22nd Street Caltrain station and the 16th Street BART Station. The shuttle service may also run through the future development at Pier 70. 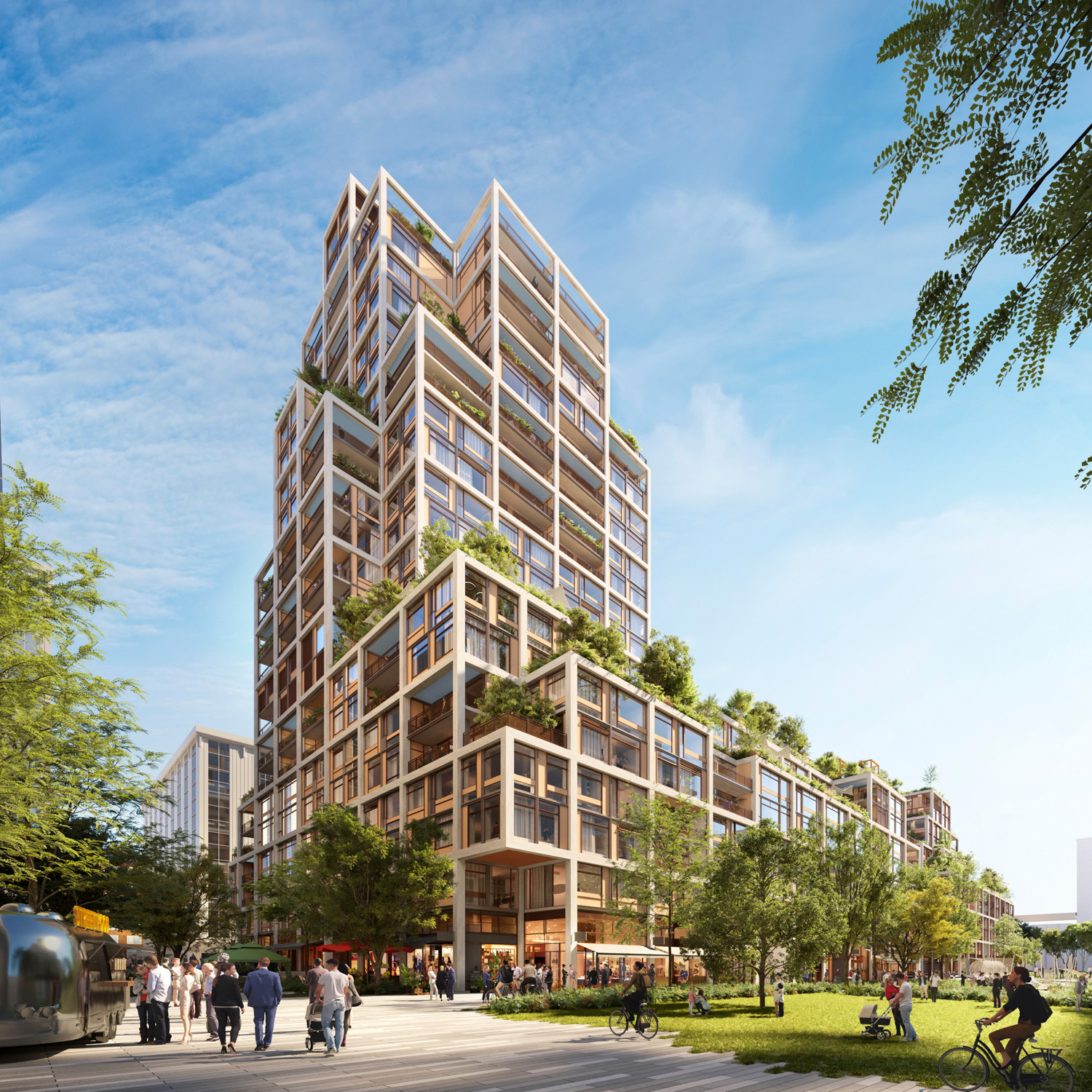 Updated design of Blocks 7A and 8 of the Potrero Power Station, design by Foster + Partners 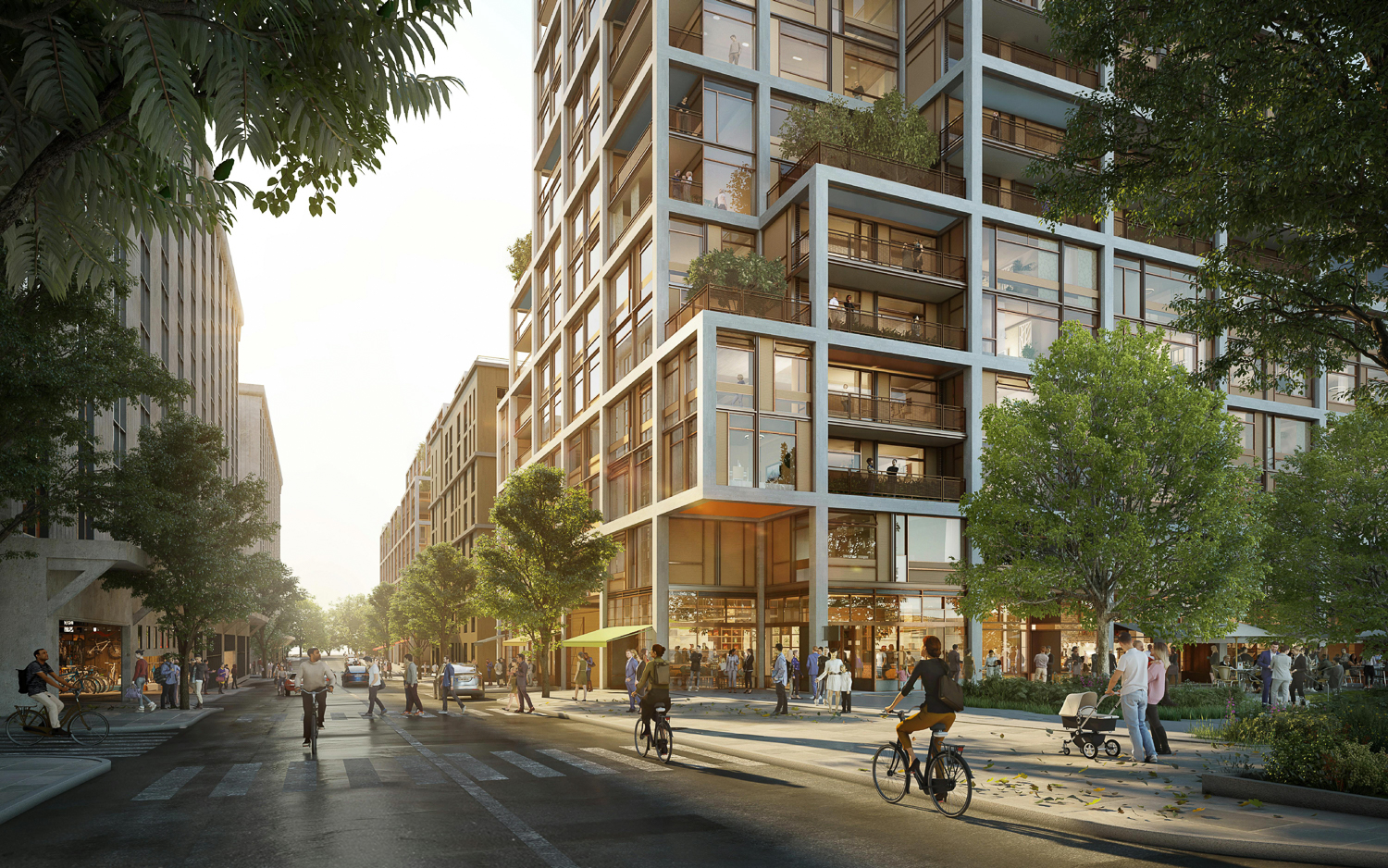 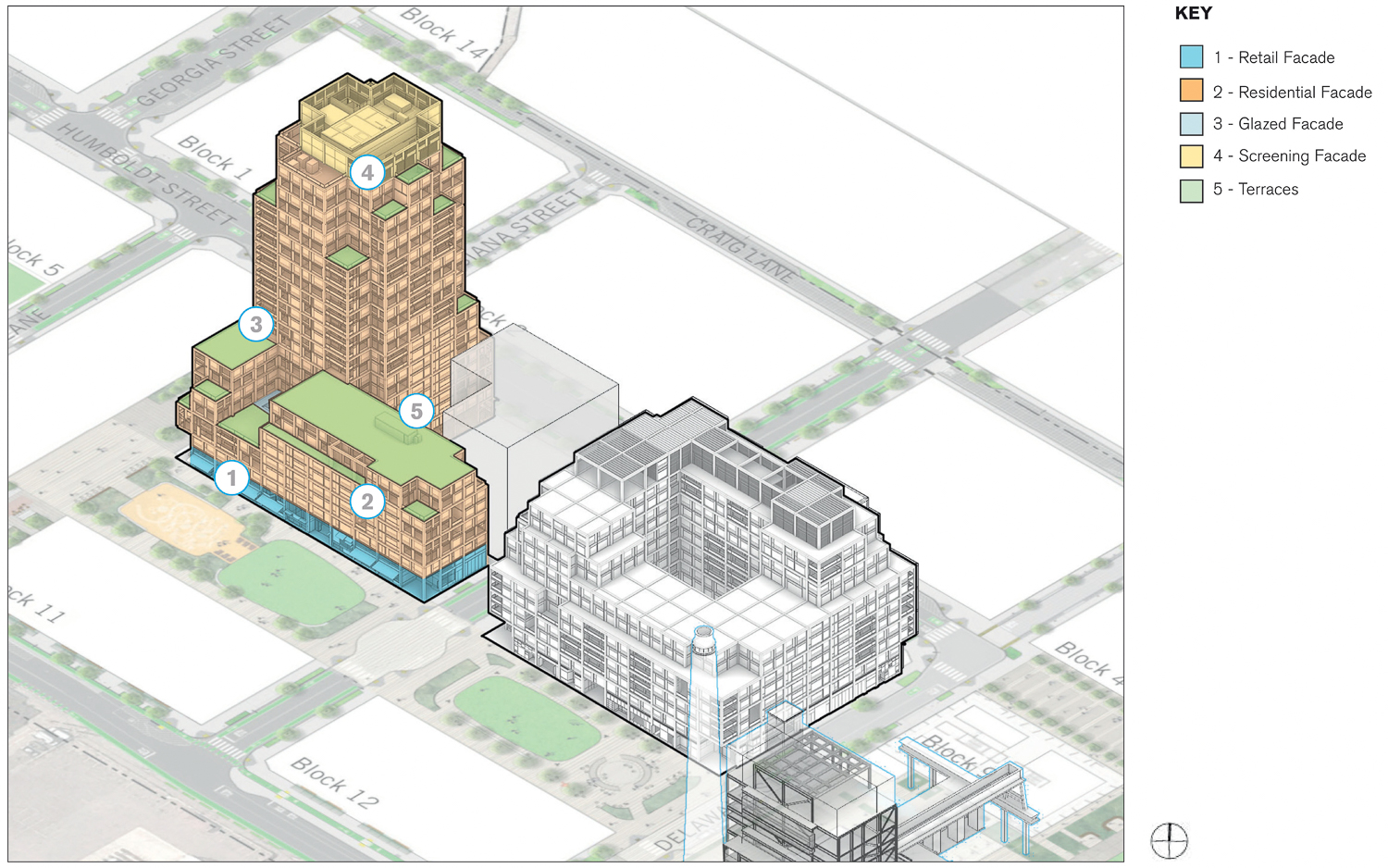 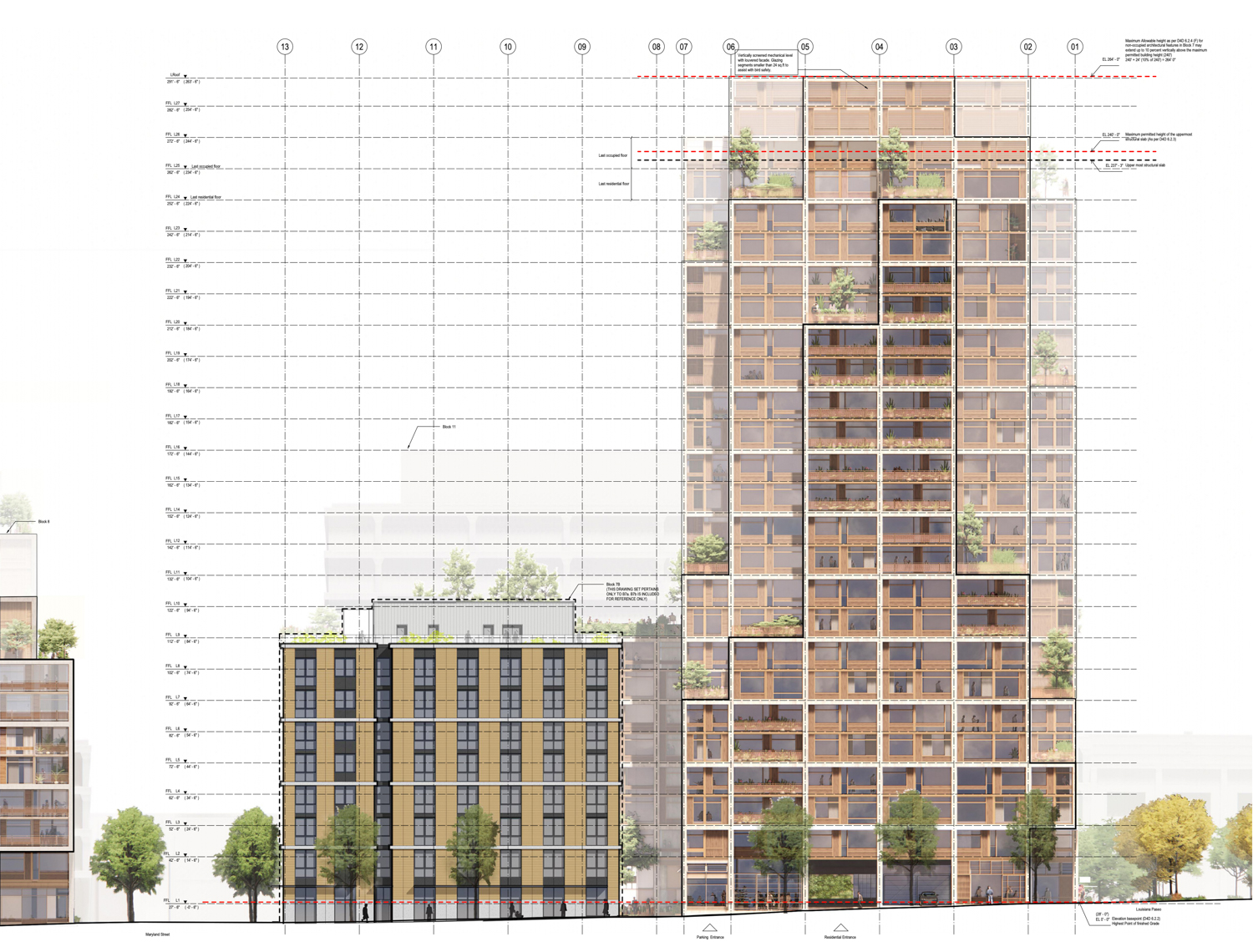 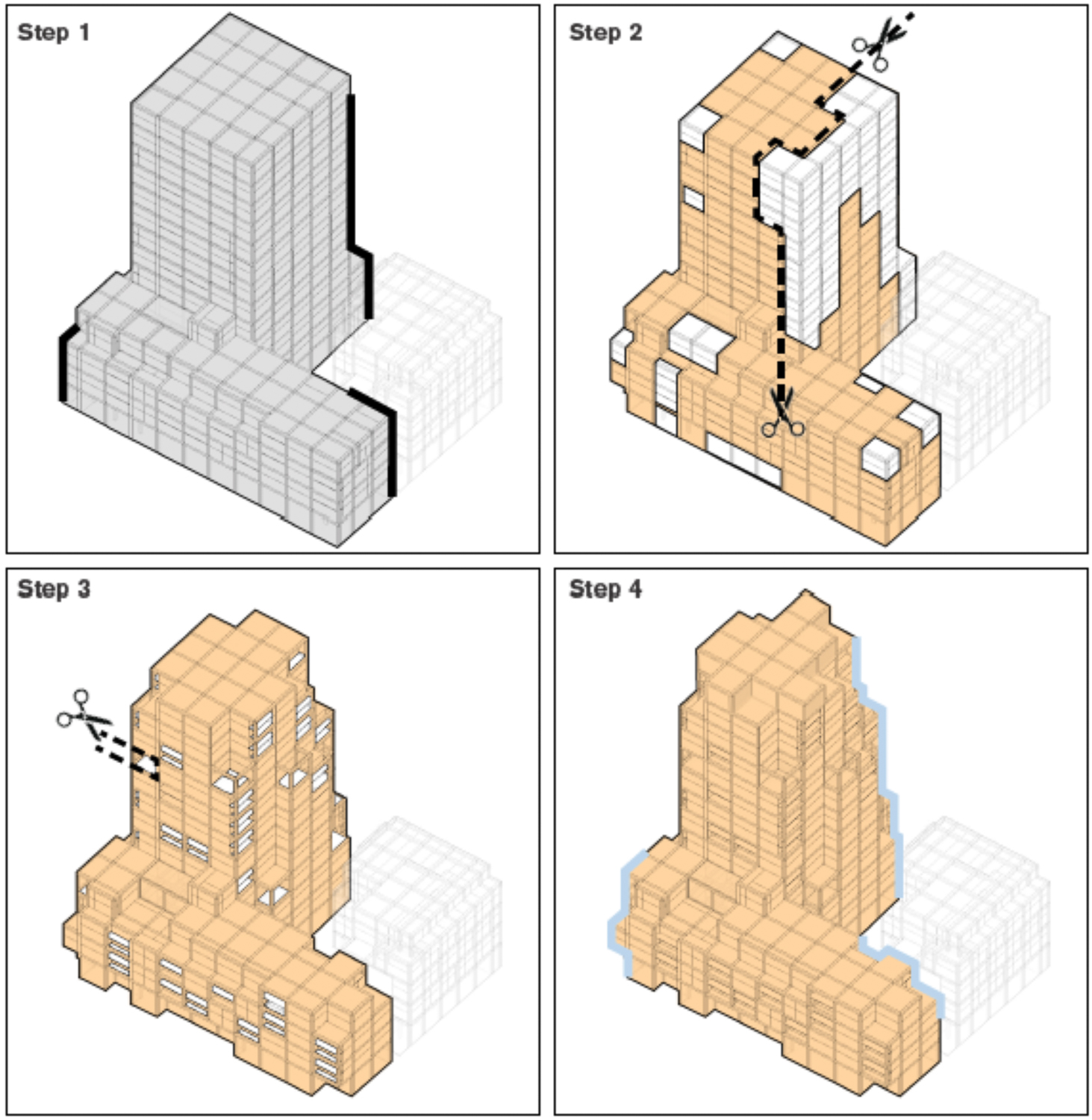 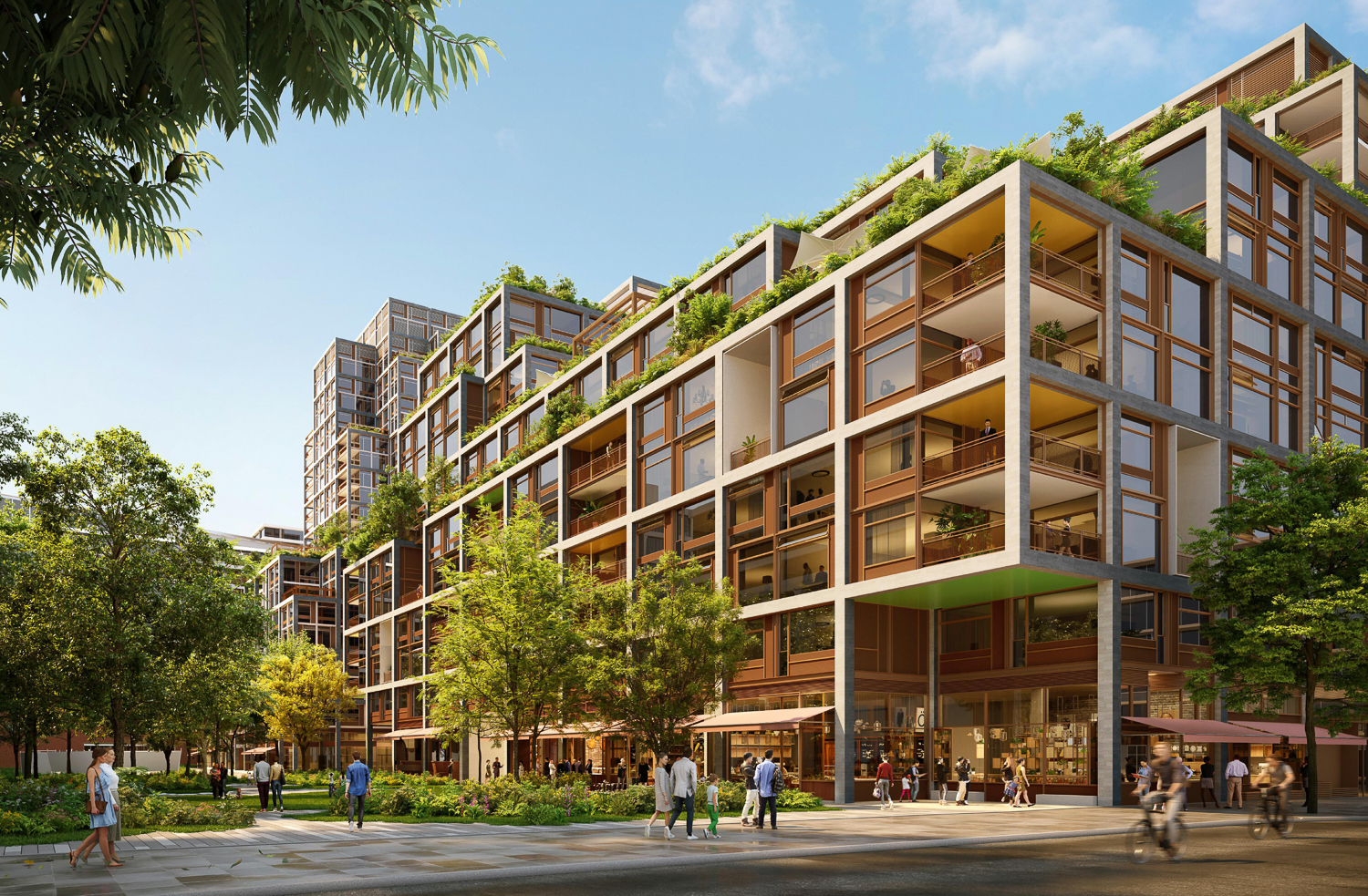 Block 7A and 8 are being designed by Foster + Partners, one of the most high-profile architecture firms in the world. Both blocks will have a similar design, with stepped, tapered, and otherwise manipulated facades for a unique skyline profile and generously sized private balconies. The materials will emphasize natural tones of weathered steel and patina, complementing the existing metal-encased Unit 3 power station, located next to the 300-foot smokestack, to be renamed The Stack. 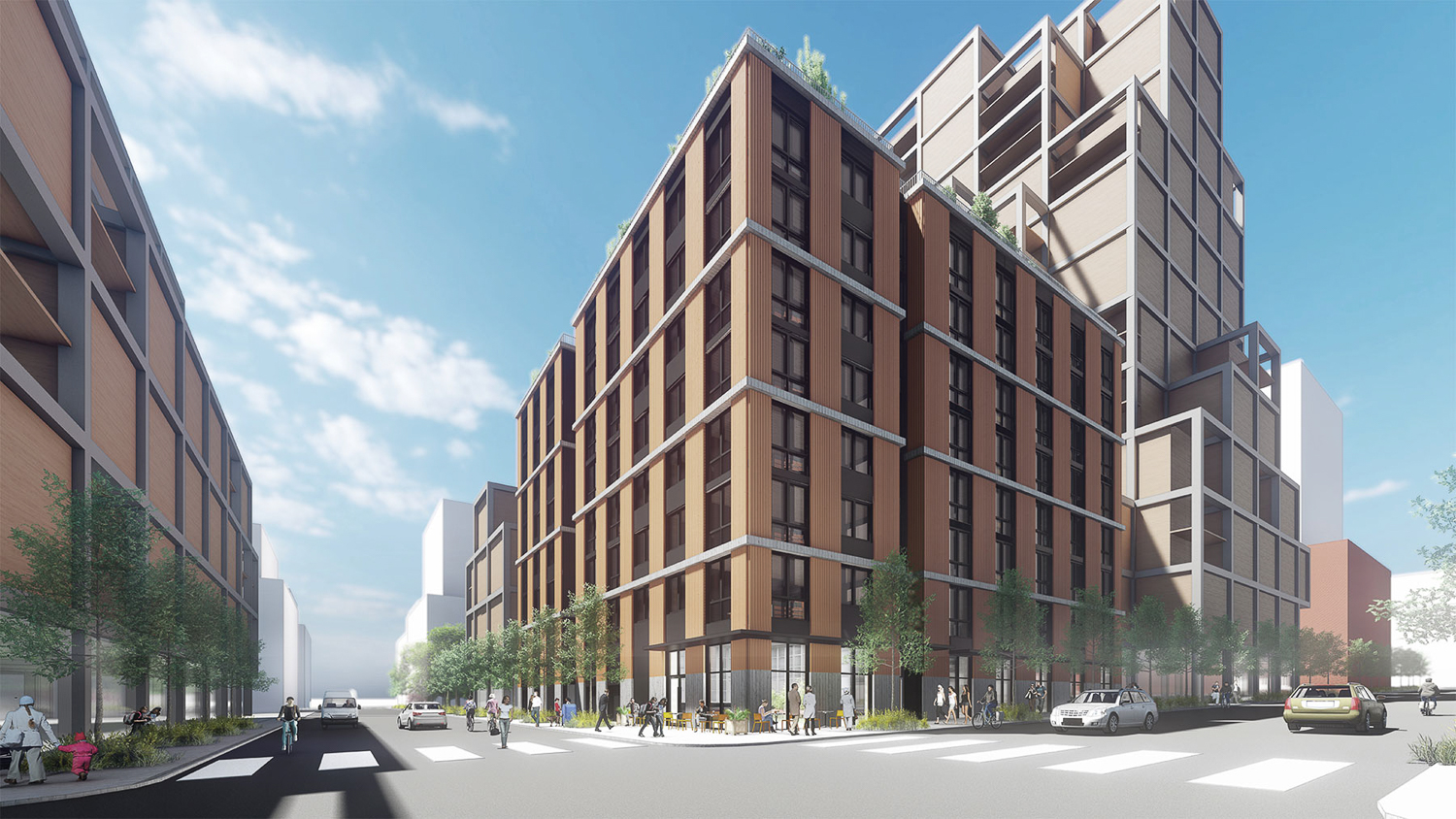 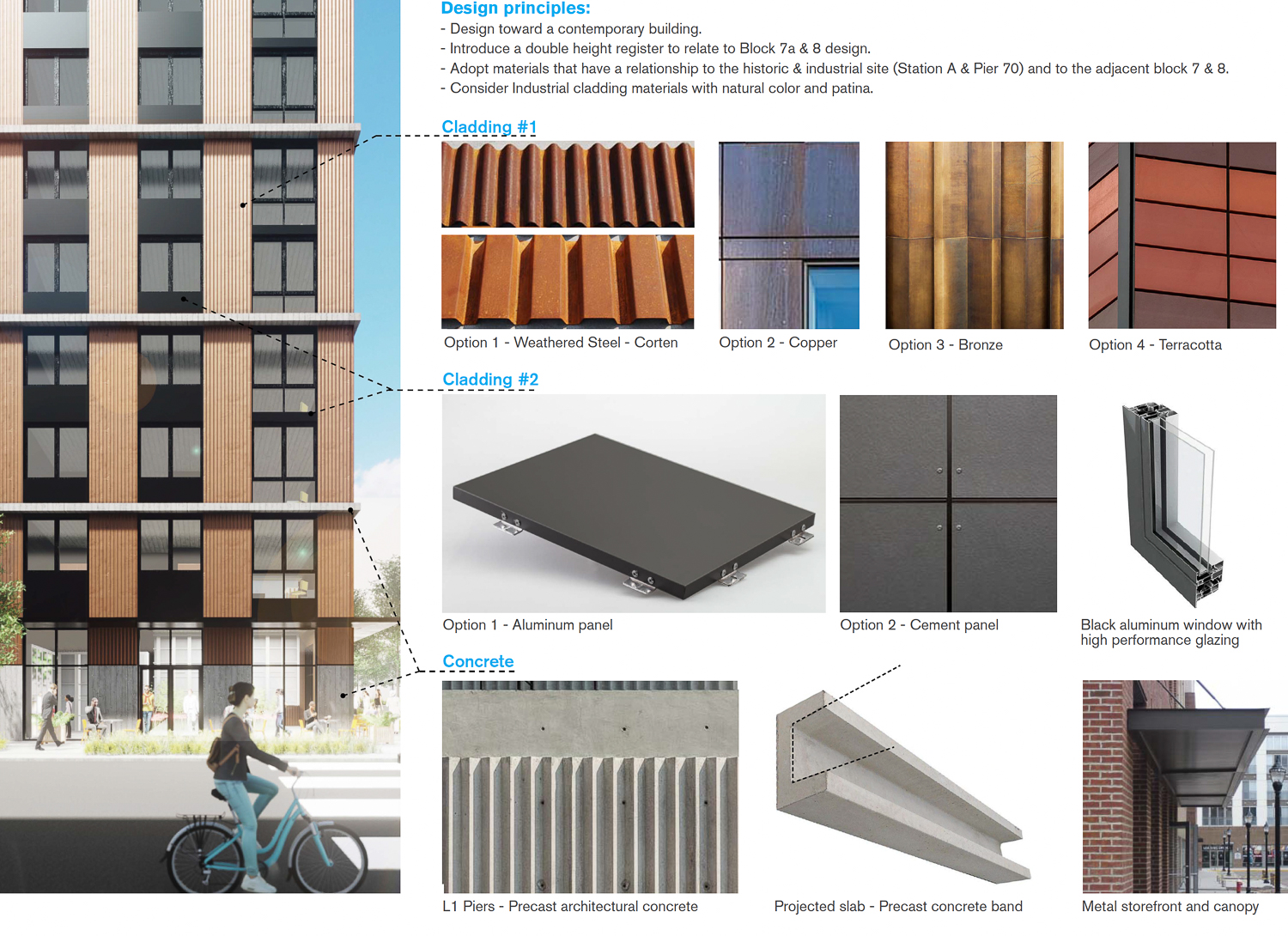 In contrast, Block 7B will rise on an L-shaped lot with just eight floors, creating 98 affordable dwelling units above 1,820 square feet of ground-level retail and parking for 99 bicycles. The 84-foot tall structure will yield 83,000 square feet. Leddy Maytum Stacy Architects is responsible for the design, built to emphasize the relationship with the historical and industrial site by using similar materials that might include natural colors and patina. Four options for the primary cladding include weathered steel, copper, bronze, or terracotta, each offering a unique dynamic texture.

Block 15, also known as Station A, is perhaps the most unique and complex of the proposed structures with planning documents available. The adaptive reuse of the brick structure is being led by Herzog + de Meuron. The project includes repurposing the large concrete structures in the former turbine hall, adapting the brick walls to make room for new windows, and inserting a new structural frame to ensure building safety. 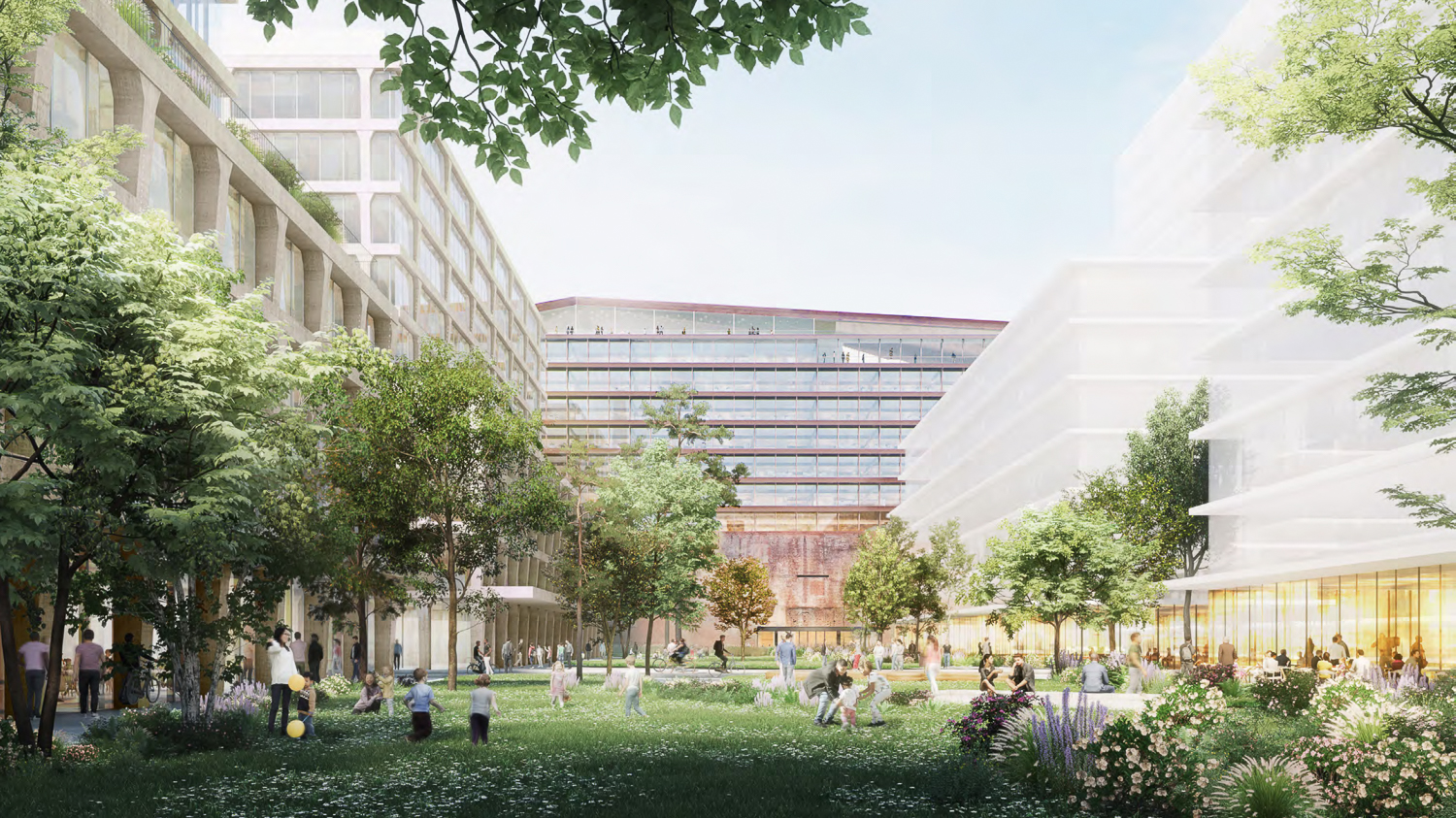 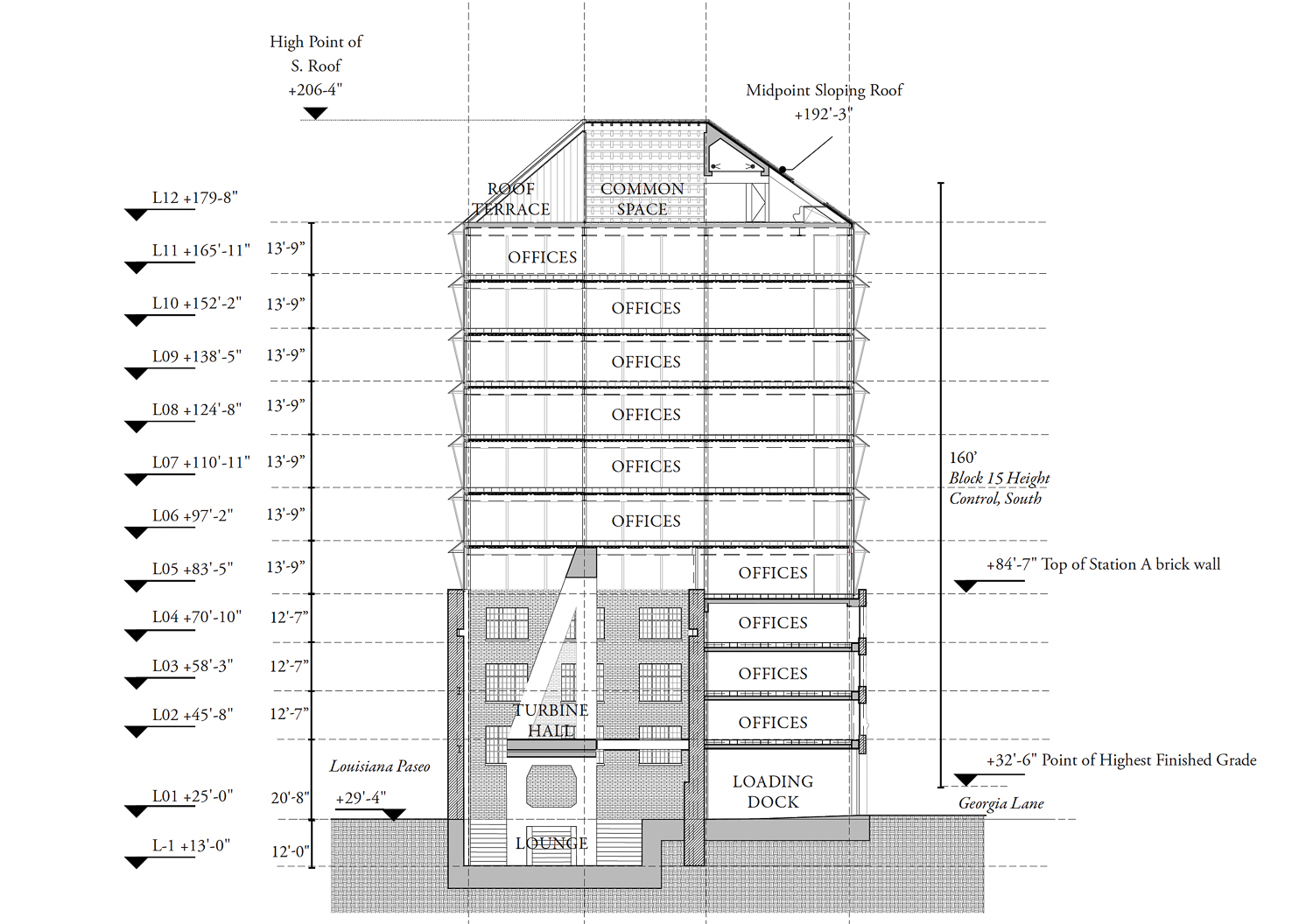 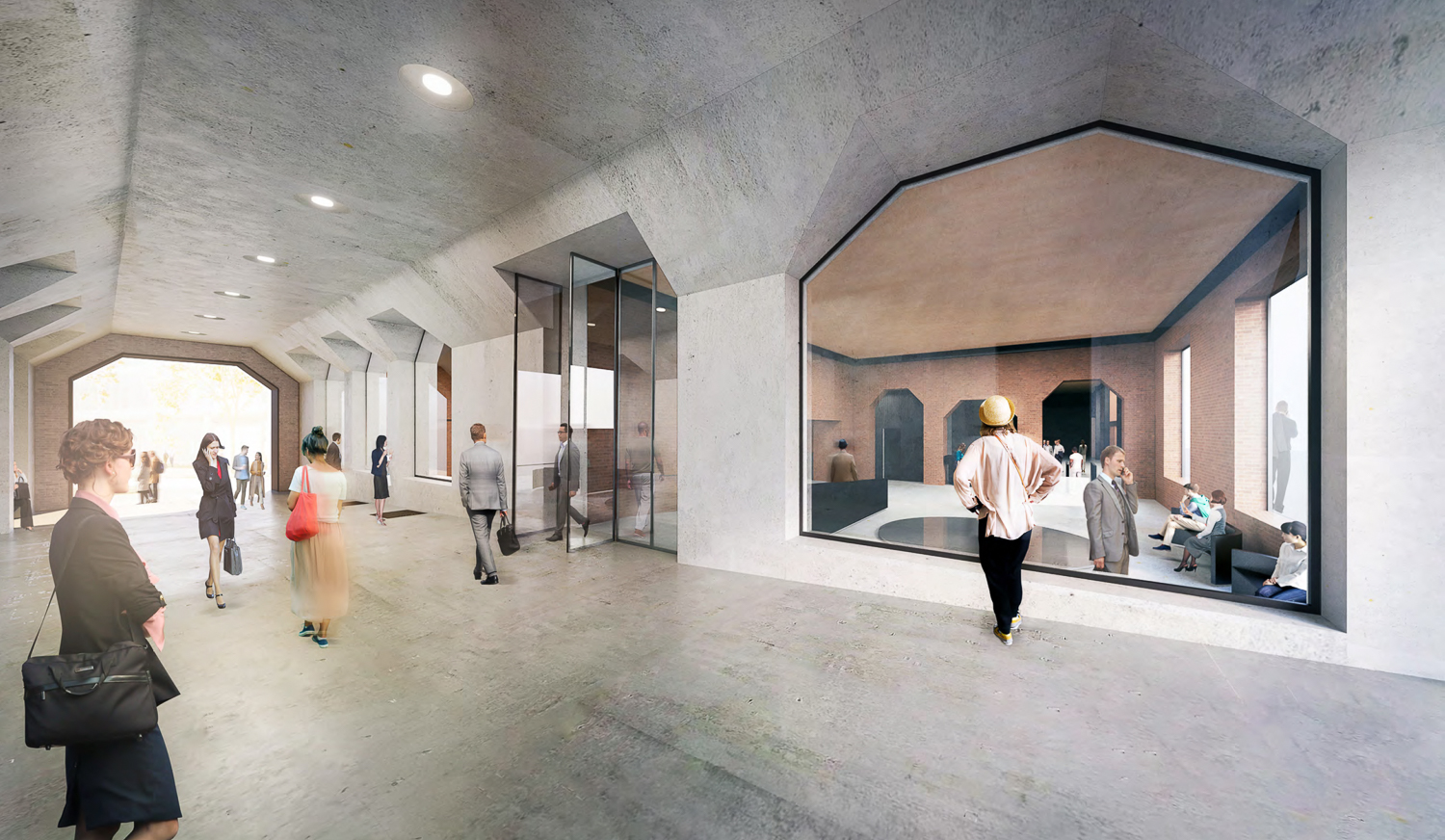 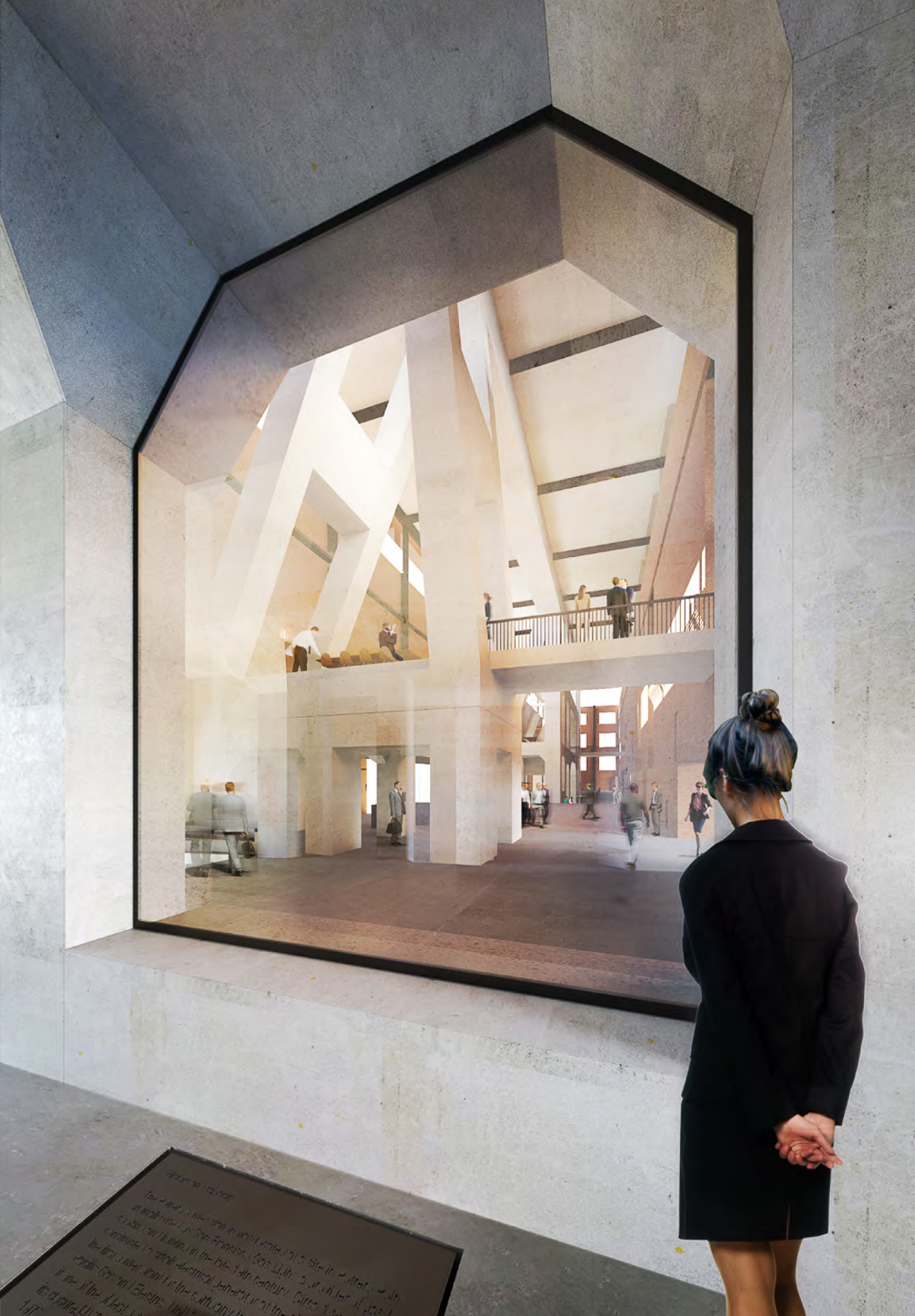 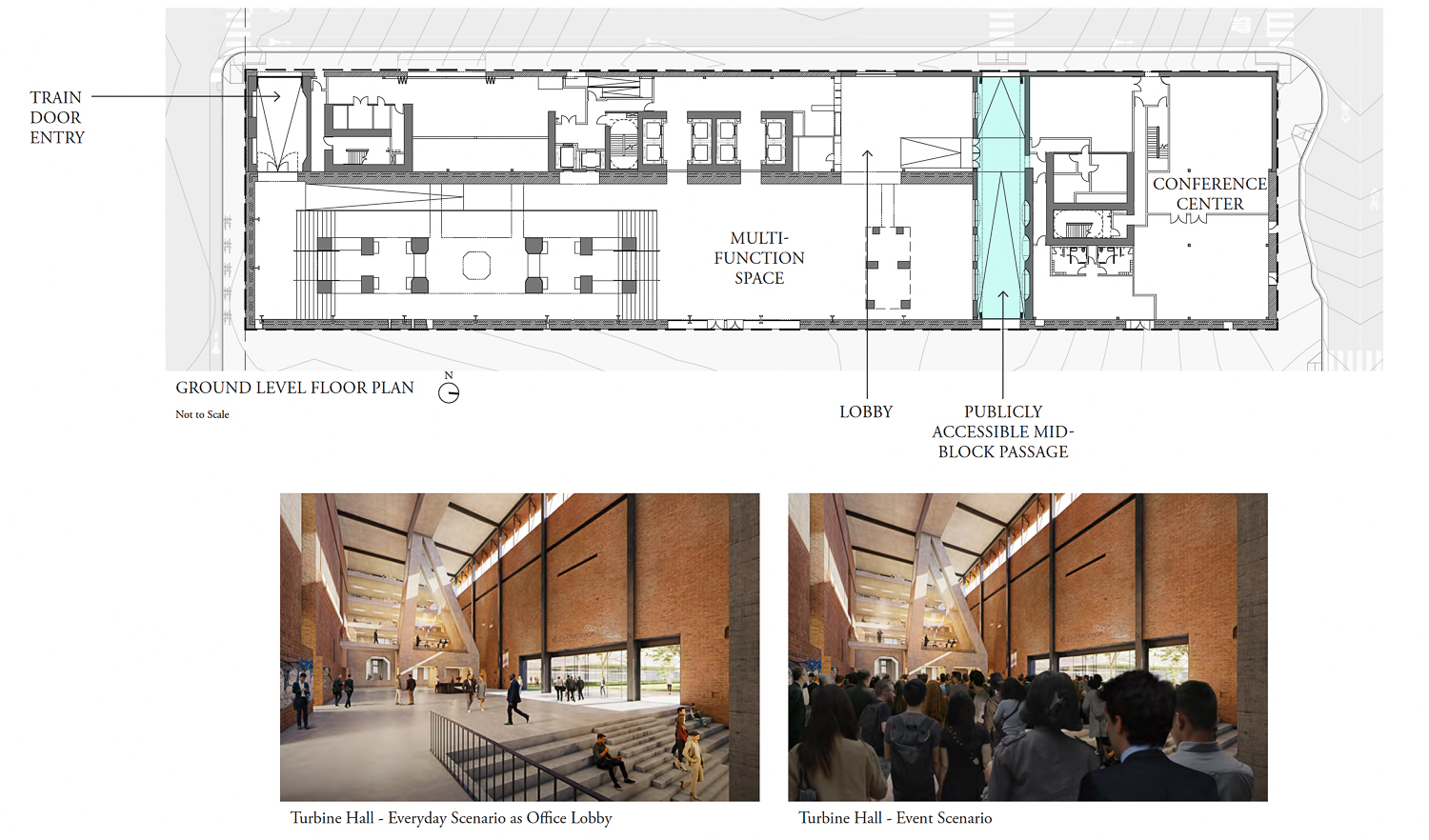 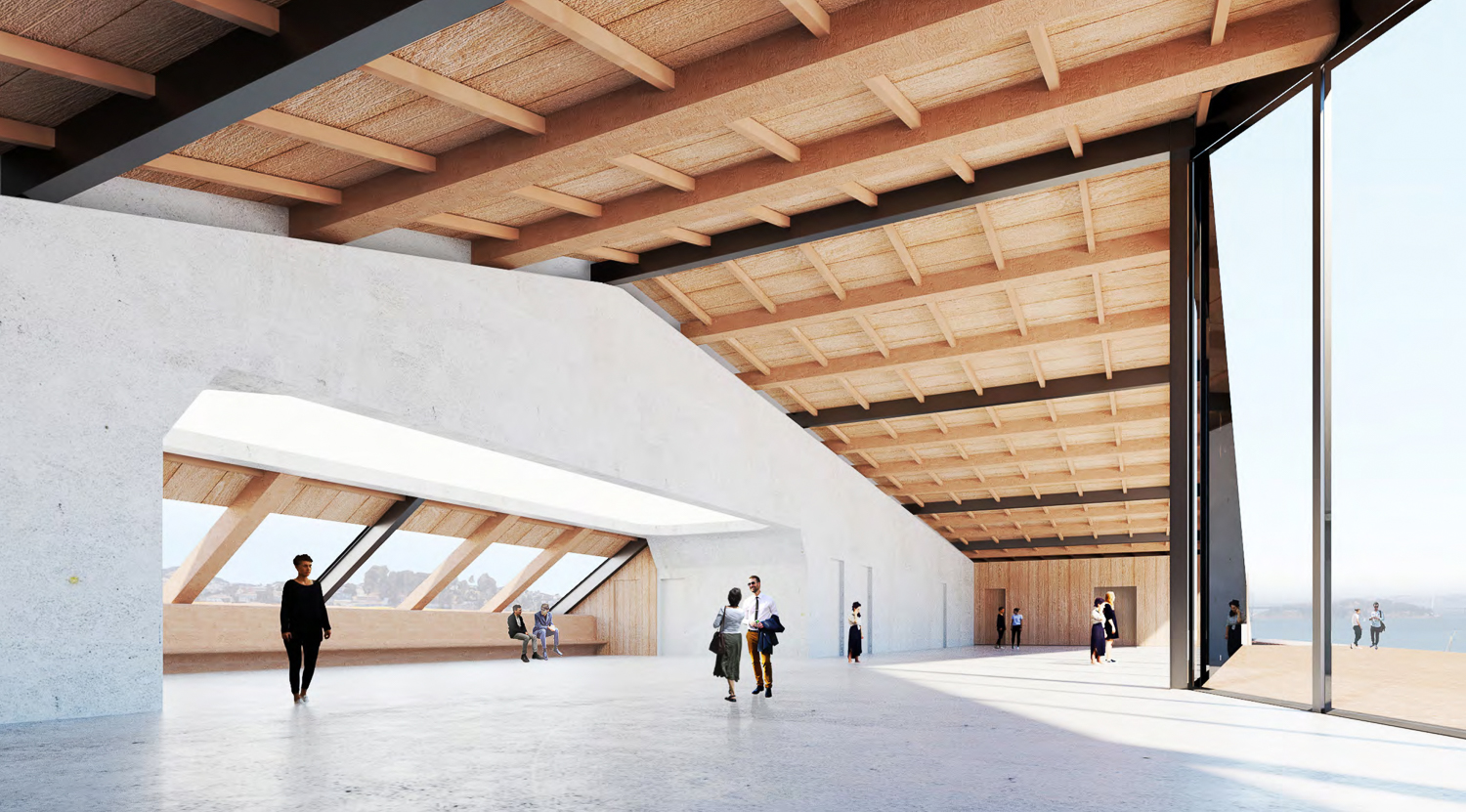 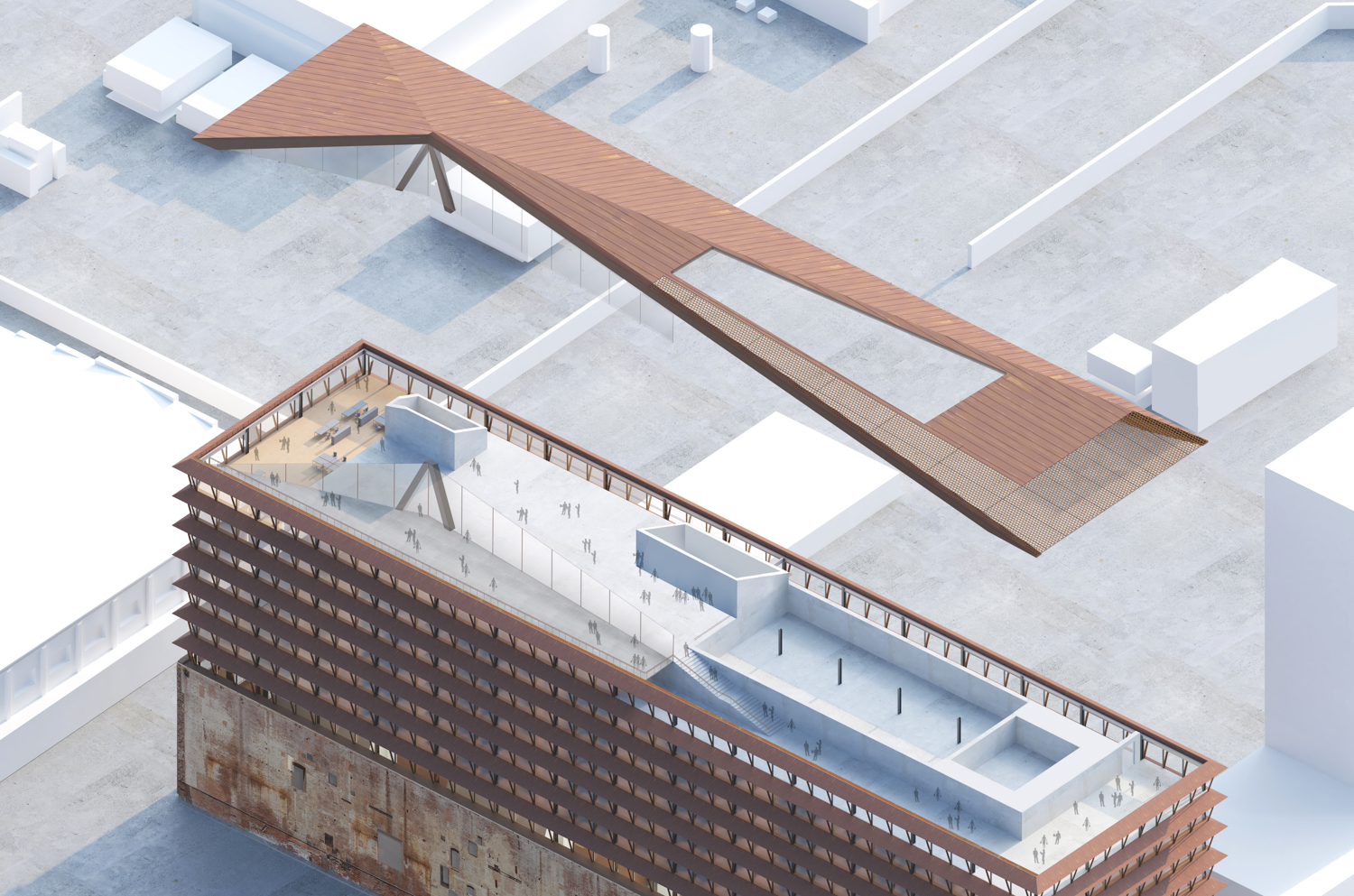 The 205-foot tall proposal rises from the five-story brick building to yield 403,750 square feet of office space. The project includes a mid-block passage connecting Georgia Lane to Louisiana Paseo and the central public space. The roof will be a modified hipped roof, topped with solar panels and sliced to accommodate a viewing platform. The exterior facade will also include fabric awnings, controlled by building management with overrides for tenants, to maximize interior comfort with the added benefit of creating a unique aesthetic transformation to the facade. 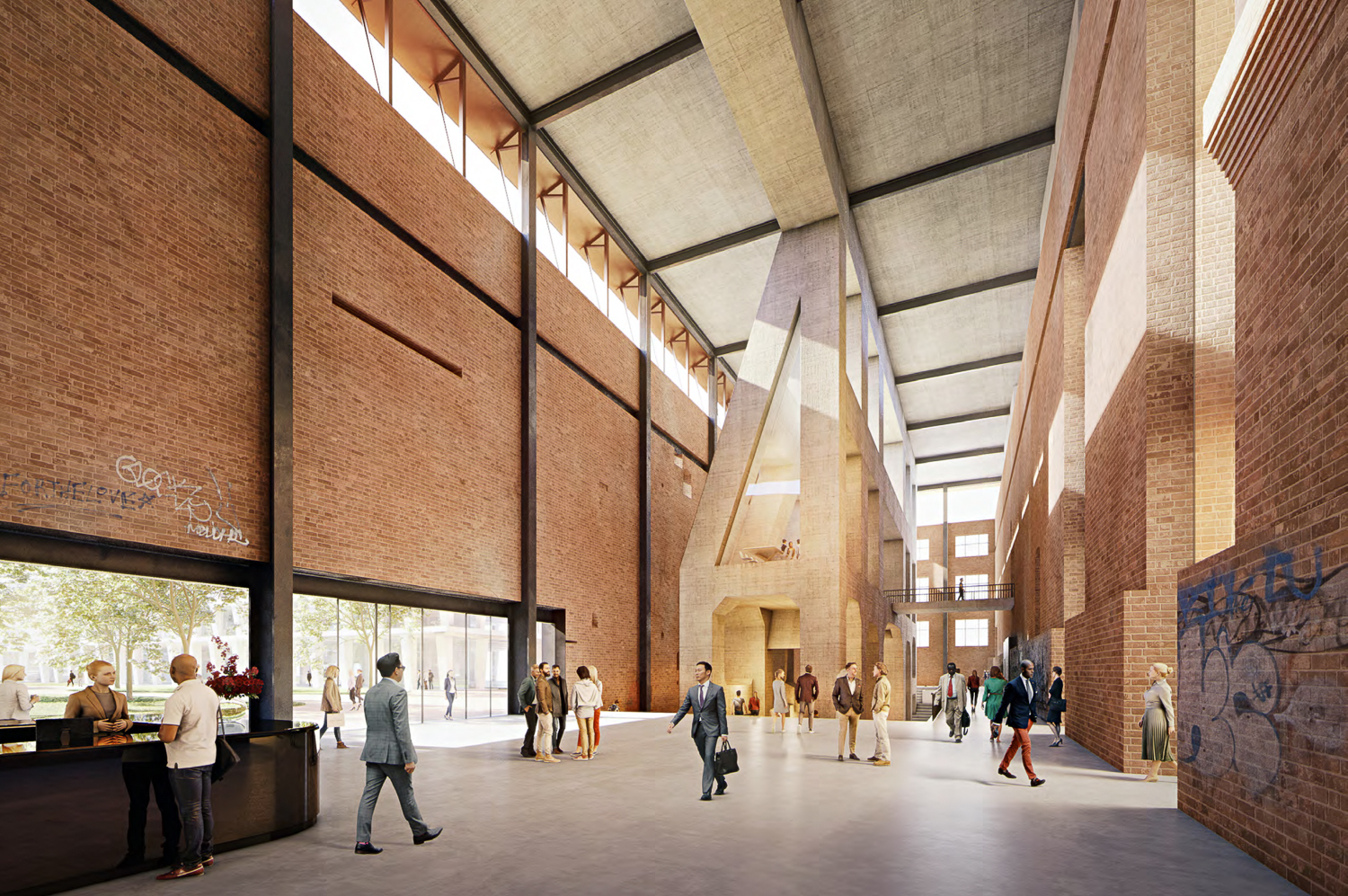 The Station’s ground level will include a five-story-high-ceiling lobby, conference center, a multi-functional space, and a lounge within the Turbine Hall, where the building’s past will be on full display. Visible from the building’s public passage between Georgia Lane and the Power Station Park West, the Turbine Hall will display the massive turbine foundation.

The history of the land extends back to 1881, when Claus Spreckels established a sugar refinery on the peninsula land, refining sugar from the American plantations in the Kingdom of Hawaii. Station A was built in 1901 as a power plant to support the refinery. By 1905, the plant was producing most of the city’s power, at which point PG&E acquired it. At one point, the plant was responsible for producing a third of the city’s power before being closed in 2011 to usher in more environmentally friendly sources. 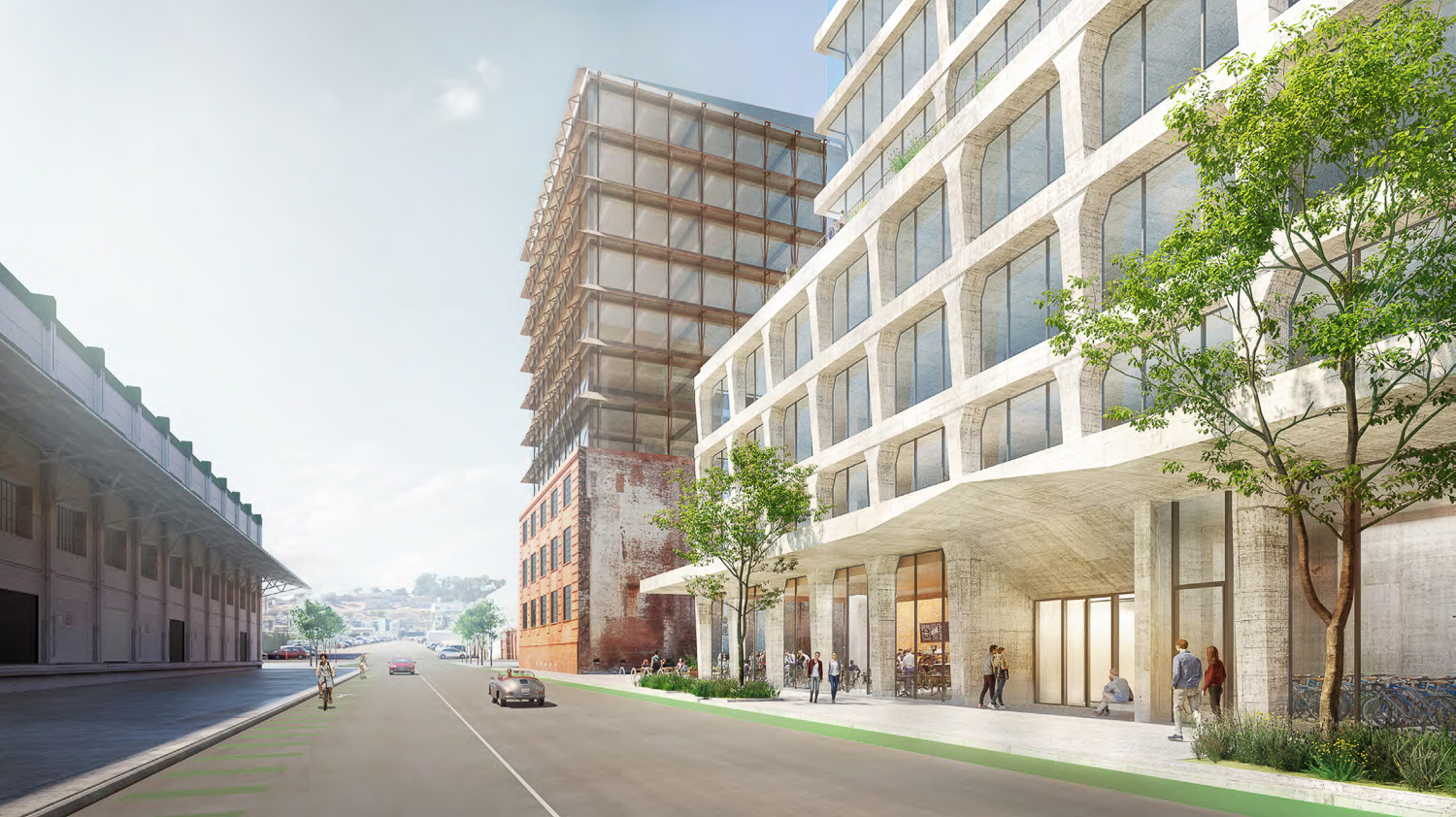 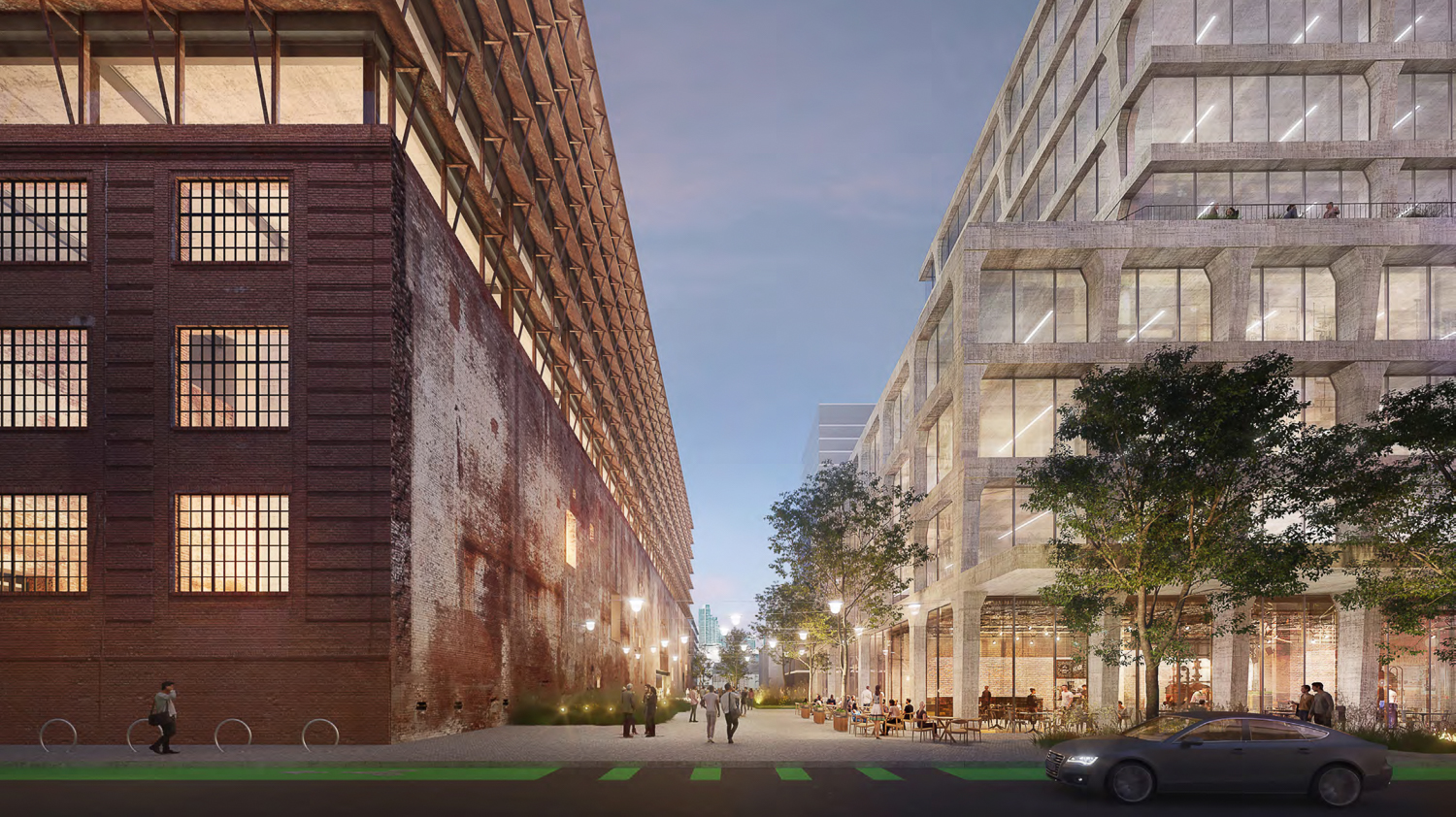 MEYERS+ is the engineer for blocks 11, 12, and 15, with design by Herzog + de Meuron and Adamson Associates. Plant Construction is the general contractor for Block 15, with Hathaway Dinwiddie for Blocks 11 and 12. The projects are seeking to achieve LEED Gold Certification.

The property is next to Pier 70, or the Union Iron Works Historic District. Plans led by Brookfield are also looking to reshape the waterfront area into a new mixed-use district. The plans by Brookfield and Associate Capital hope to establish the former industrial properties as a new destination in the city, both buoyed by public open space.

SFYIMBY has reached out to confirm with Associate Capital when vertical construction is expected to start and which buildings will rise first. The story will be updated if a response is received.