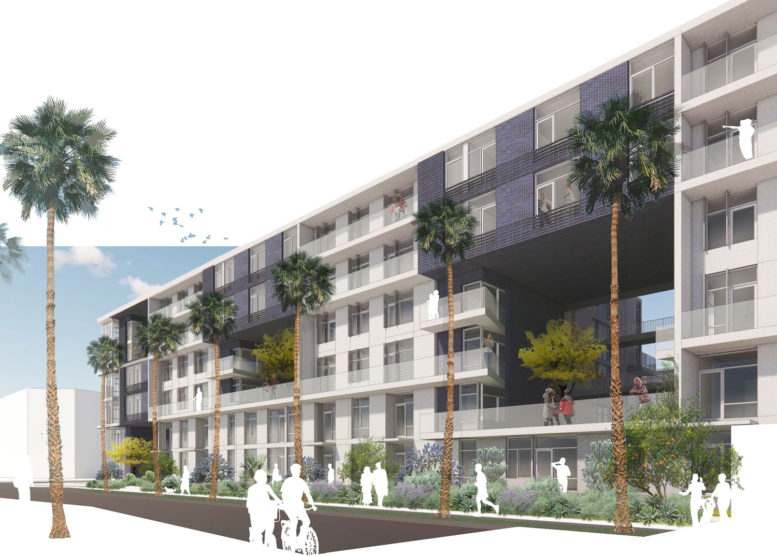 Grading permits have been filed for Building C3.4 in the redevelopment of Treasure Island in San Francisco. Building C3.4 will create 160 units, a portion of the 8,000-unit masterplan that aims to reshape the artificial island in the center of the bay into a thriving neighborhood with housing, offices, and shops. Lennar Corporation, a Treasure Island Community Development (TICD) venture partner, is responsible for the application.

TICD is a partnership with Stockbridge Capital Group, Wilson Meany, and Lennar Corporation. 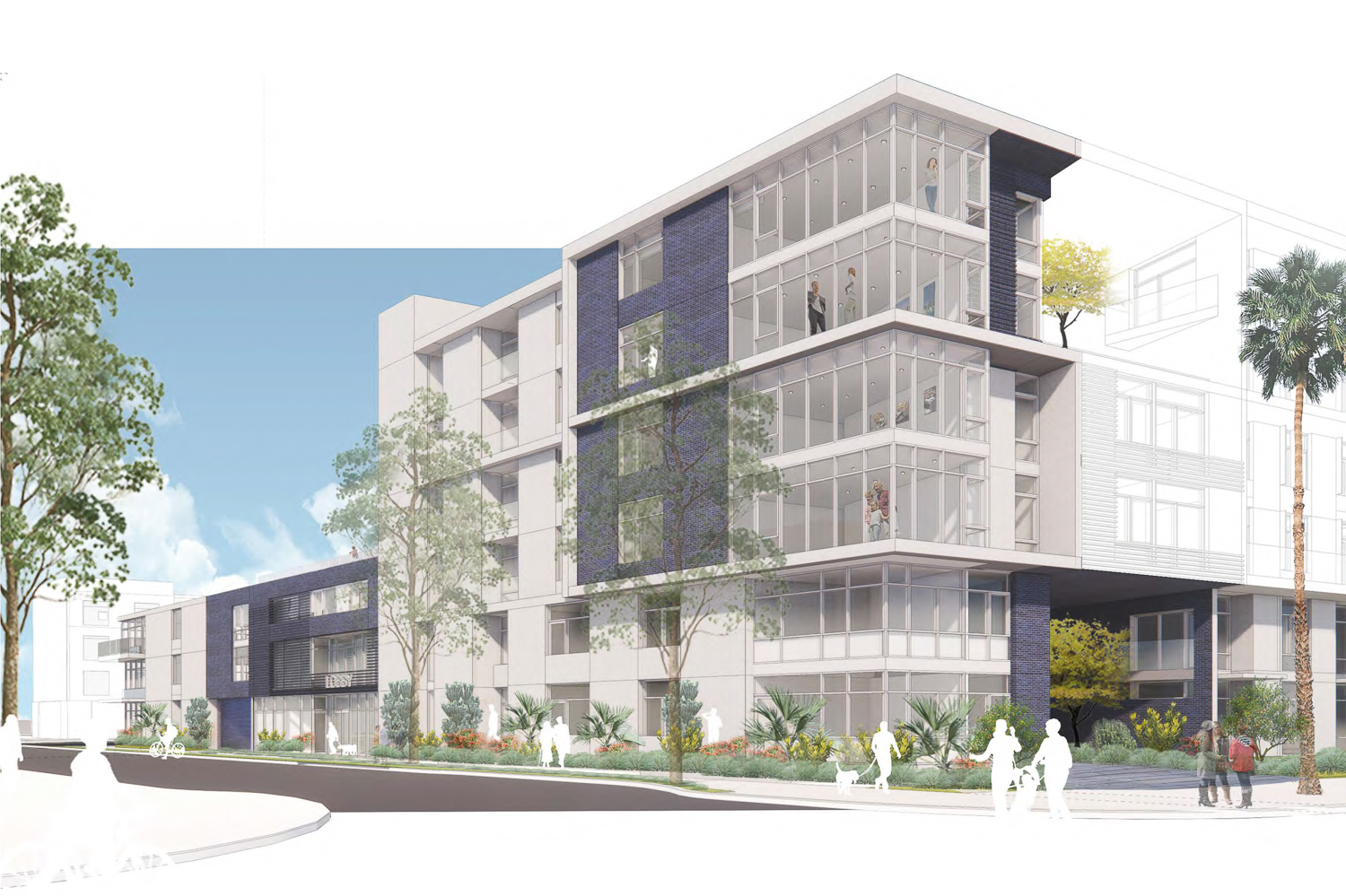 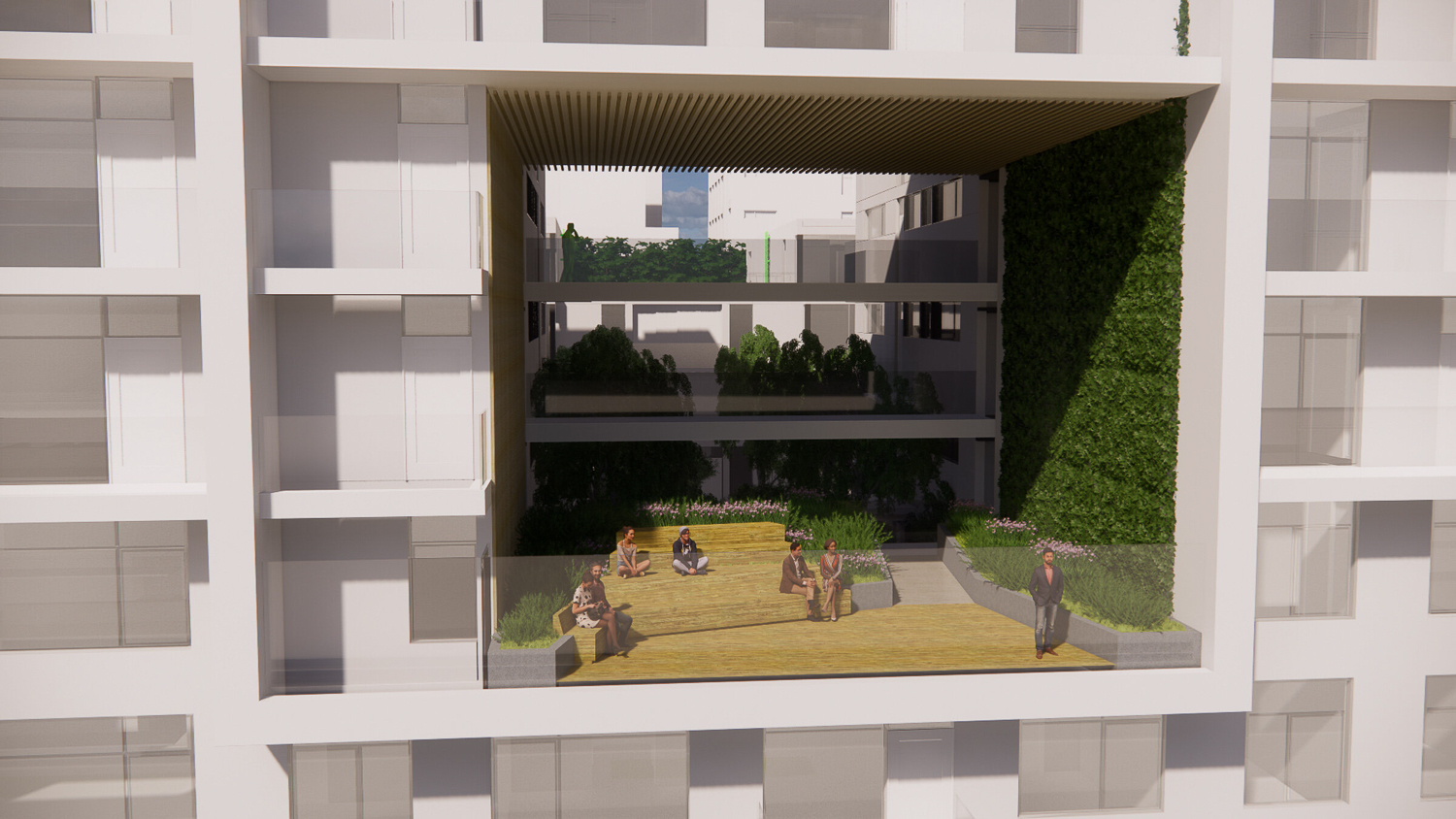 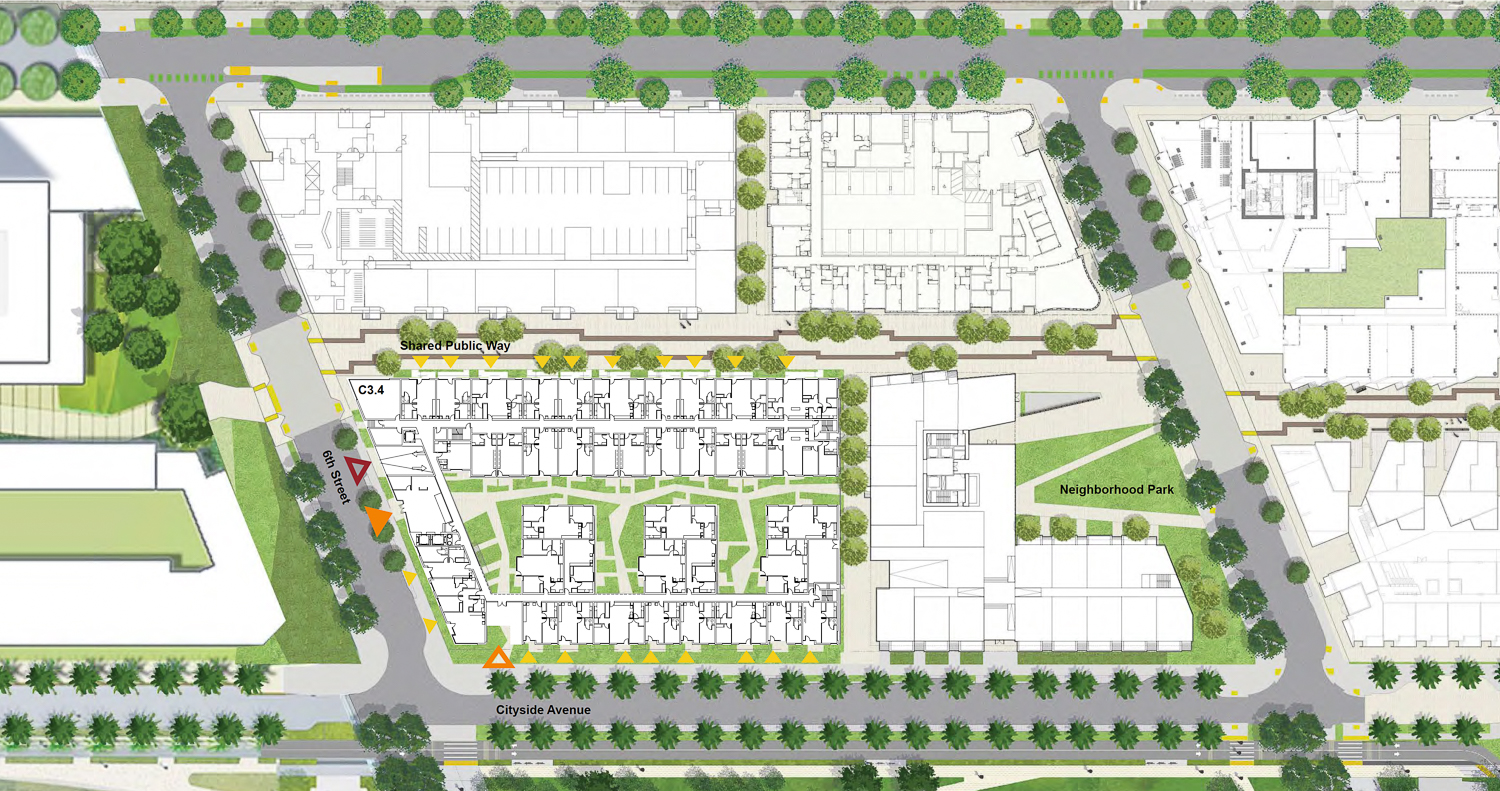 Fougeron Architecture is responsible for the design. The facade contrasts a base of fiber concrete with smooth brick, textured brick, and brick screens, a style the firm completed at The Avery’s affordable housing podium, designed in collaboration with OMA. 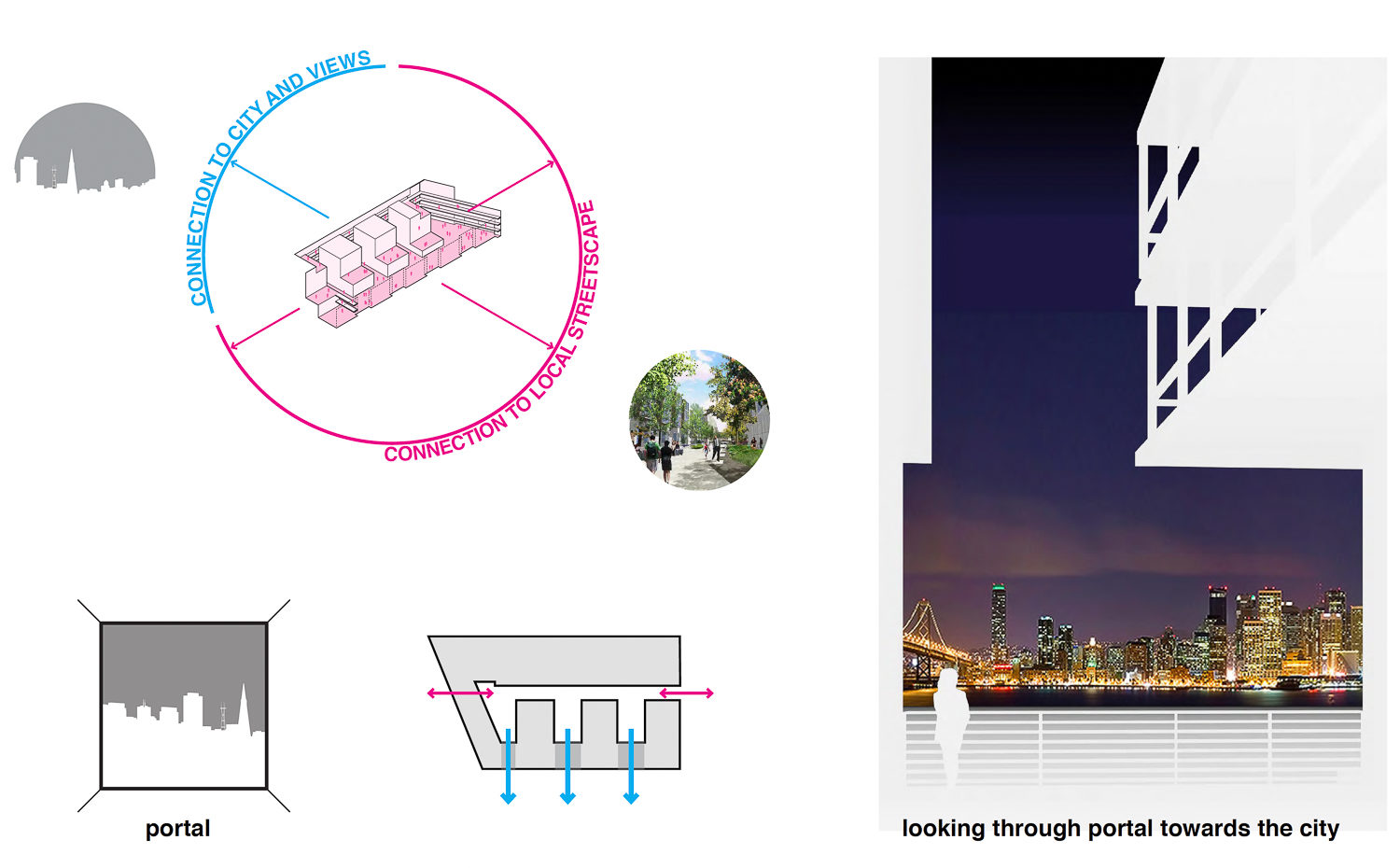 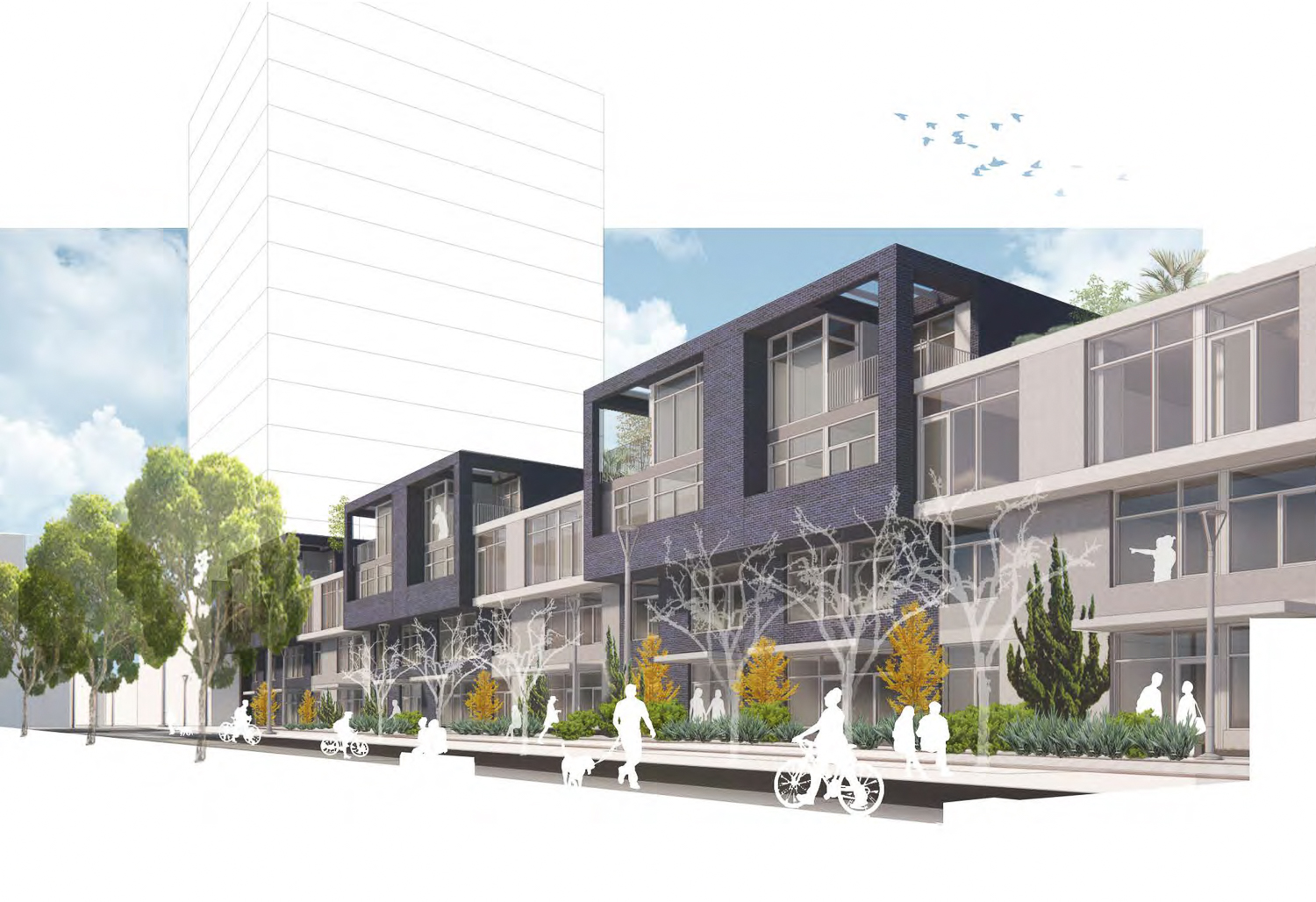 Plural Studio is the landscape architect. The firm’s purview for the project included a central courtyard, gathering s[aces within each portal, three street-facing spaces, and four amenity spaces. The studio writes how they were inspired by the island’s origin in the Panama Pacific International Exposition in 1915 and the master plan to reimagine its position in the city. To evoke this history, Plural writes that on Building C3.4, “the palettes of the roof spaces within the building align with the glamour of the Pan Pacific Exposition Art Deco style.” 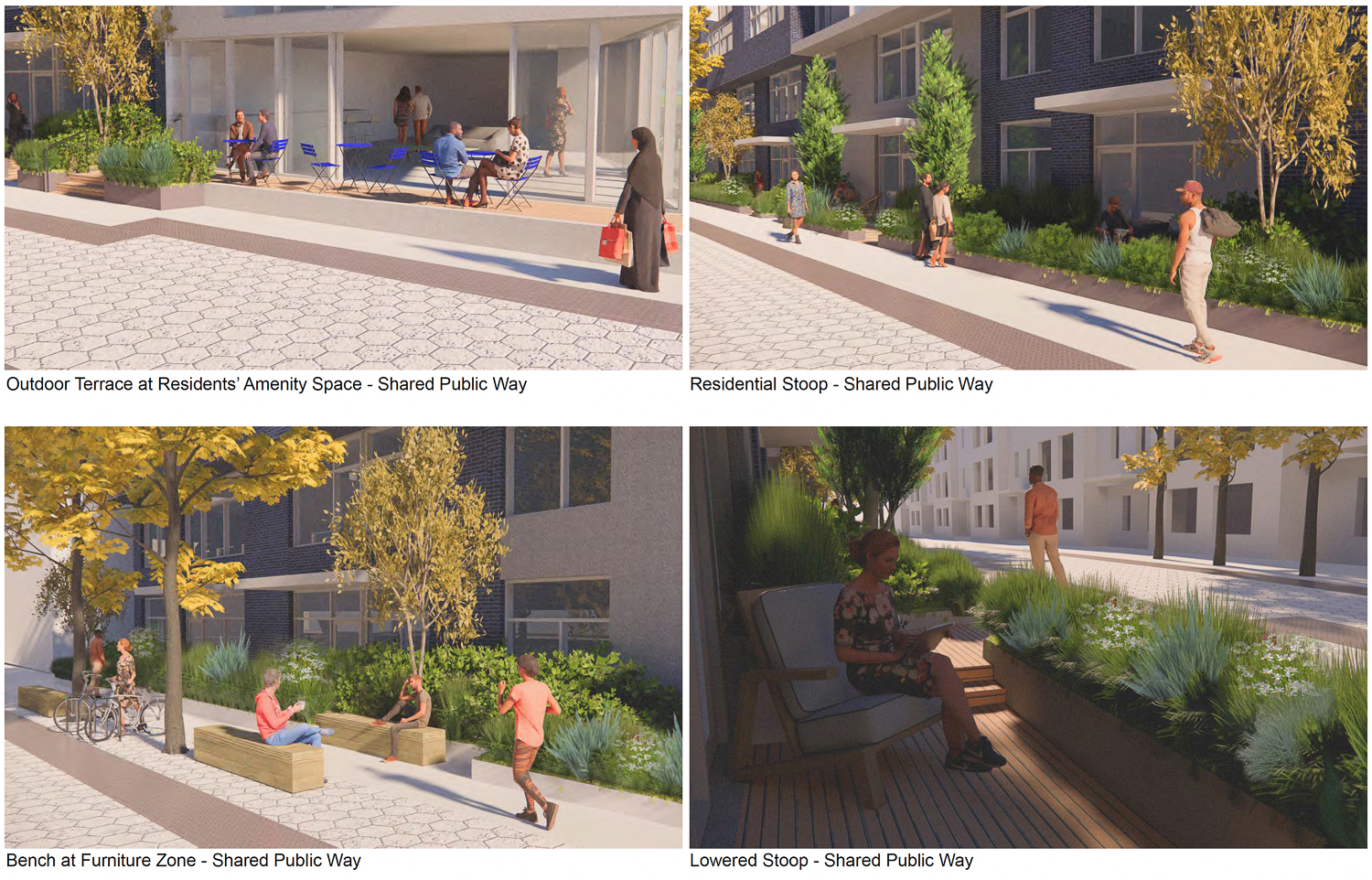 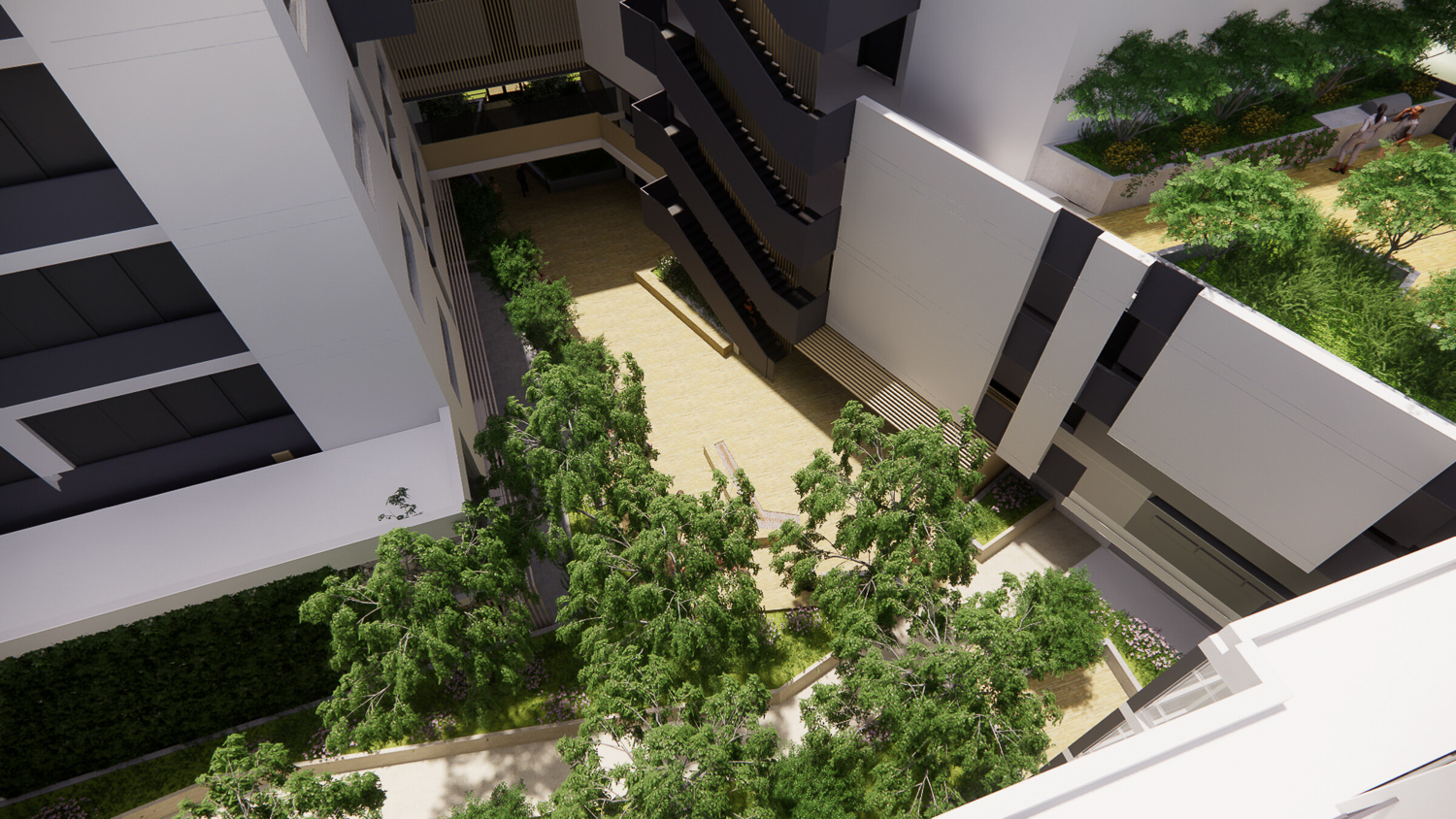 Of the 160 units, on-site eight will be designated as affordable. This unusually low ratio is because the overall development includes several fully affordable buildings.

The property will be located at the corner of 6th Street and Cityside Avenue, with unobstructed views of the San Francisco downtown skyline. 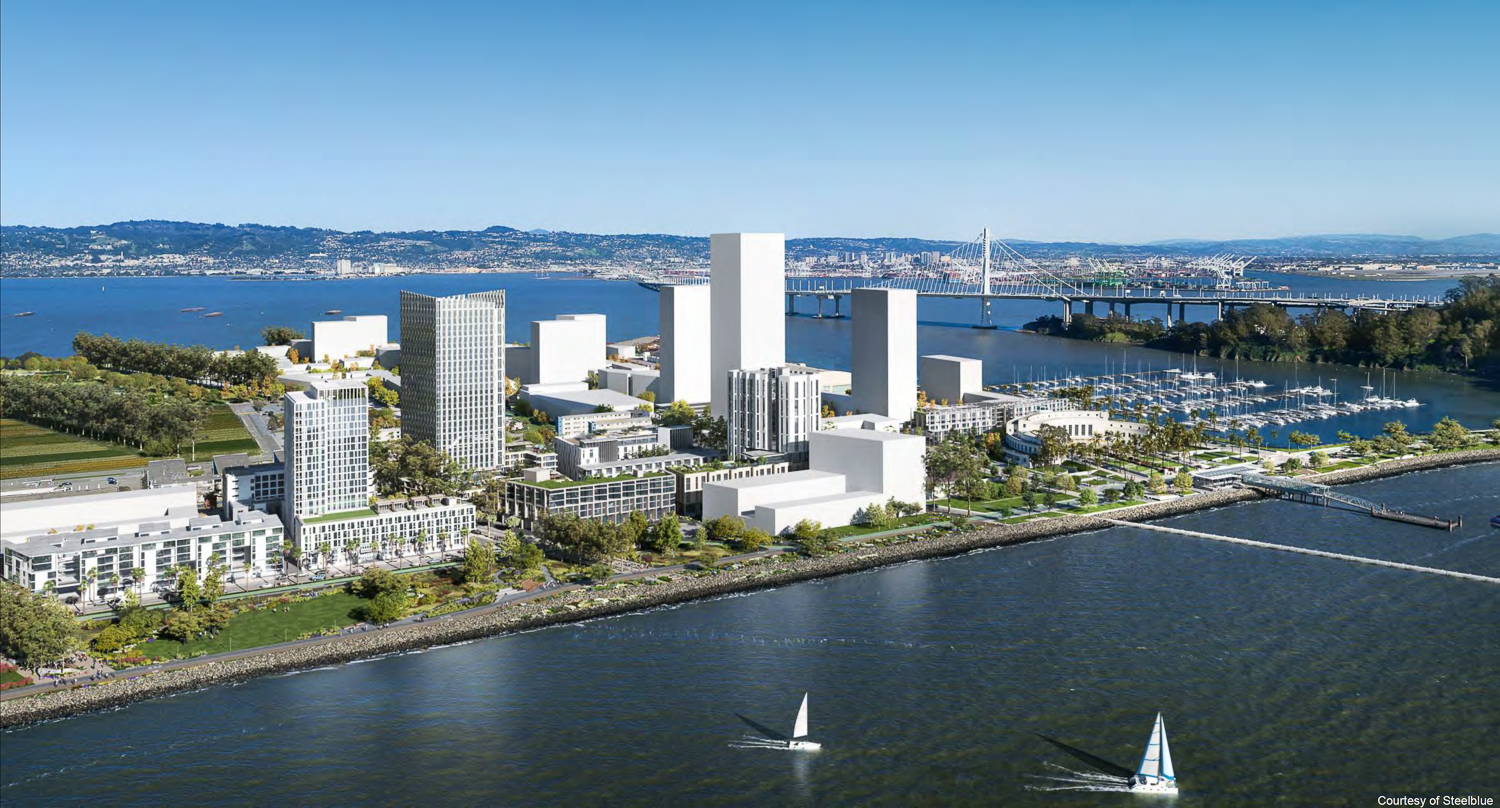 Skidmore Owings & Merrill drafted the Treasure Island master plan. The plan is oriented around three compact neighborhoods with public transportation connecting to a mixed-use hub with connections to San Francisco. Of the 8,000 units, plans include 421 townhomes, 2,232 low-rise units, 519 mid-rise units, 3,144 tower units, and 1,684 to be managed by Authority Housing.

New building permits were issued earlier this year, with construction expected to cost $61 million. An estimated timeline for construction has not been shared.