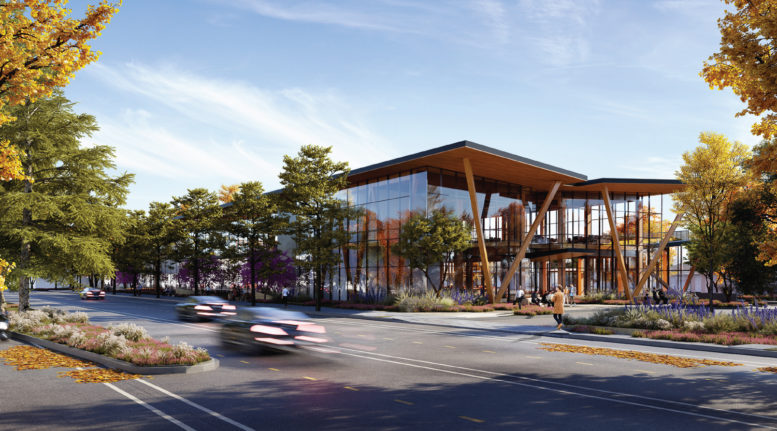 New renderings have been published for a two-story office infill at 3300 El Camino Real in Palo Alto, Santa Clara County. The modern project, designed by Form4 Architecture, will utilize mass timber and floor-to-ceiling windows for a distinctive interior that connects with the outdoors landscaping and plaza. The local firm, Sand Hill Property Company, is the project developer. 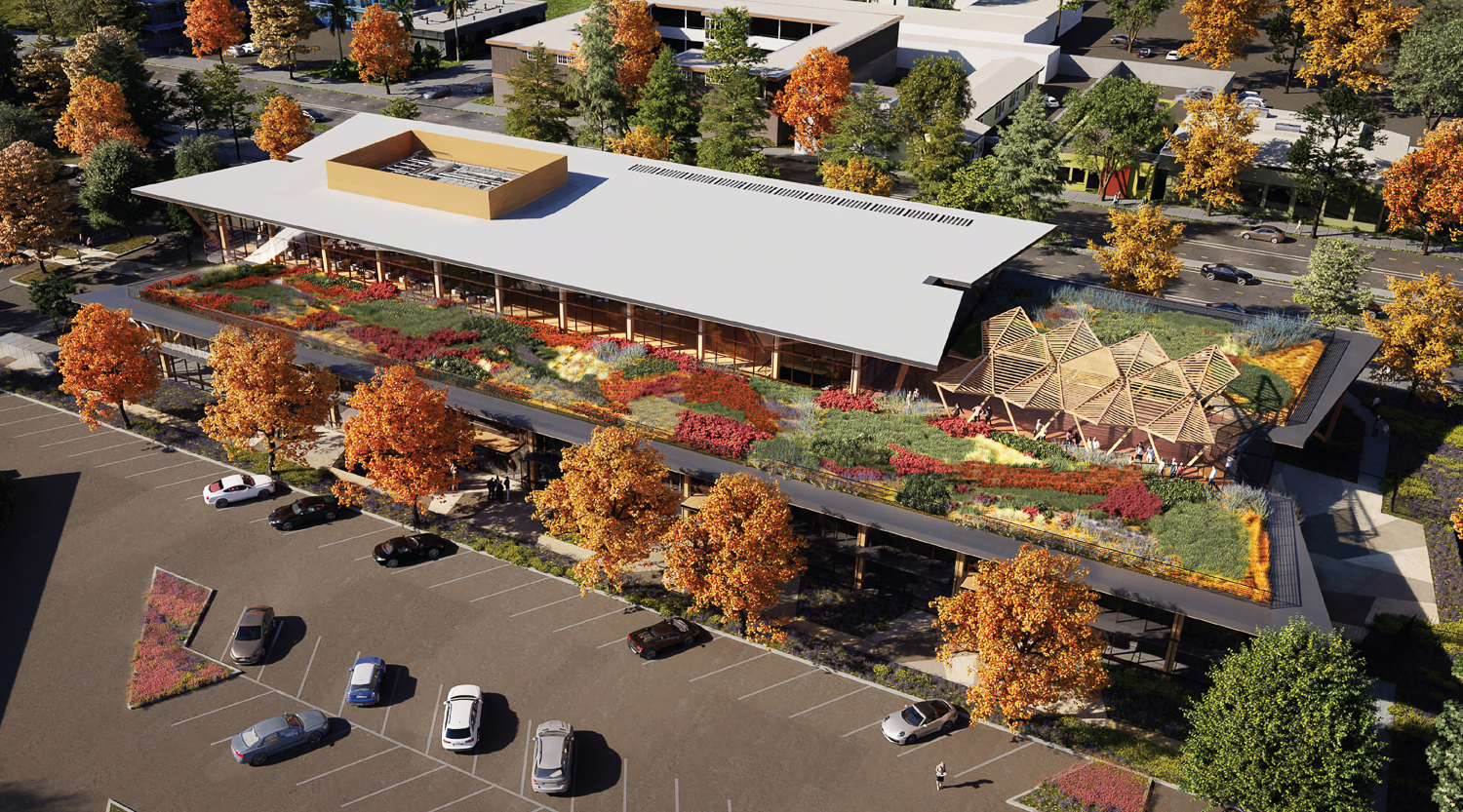 3300 El Camino Real aerial view from above the nearby offices, rendering by Form4 Architecture 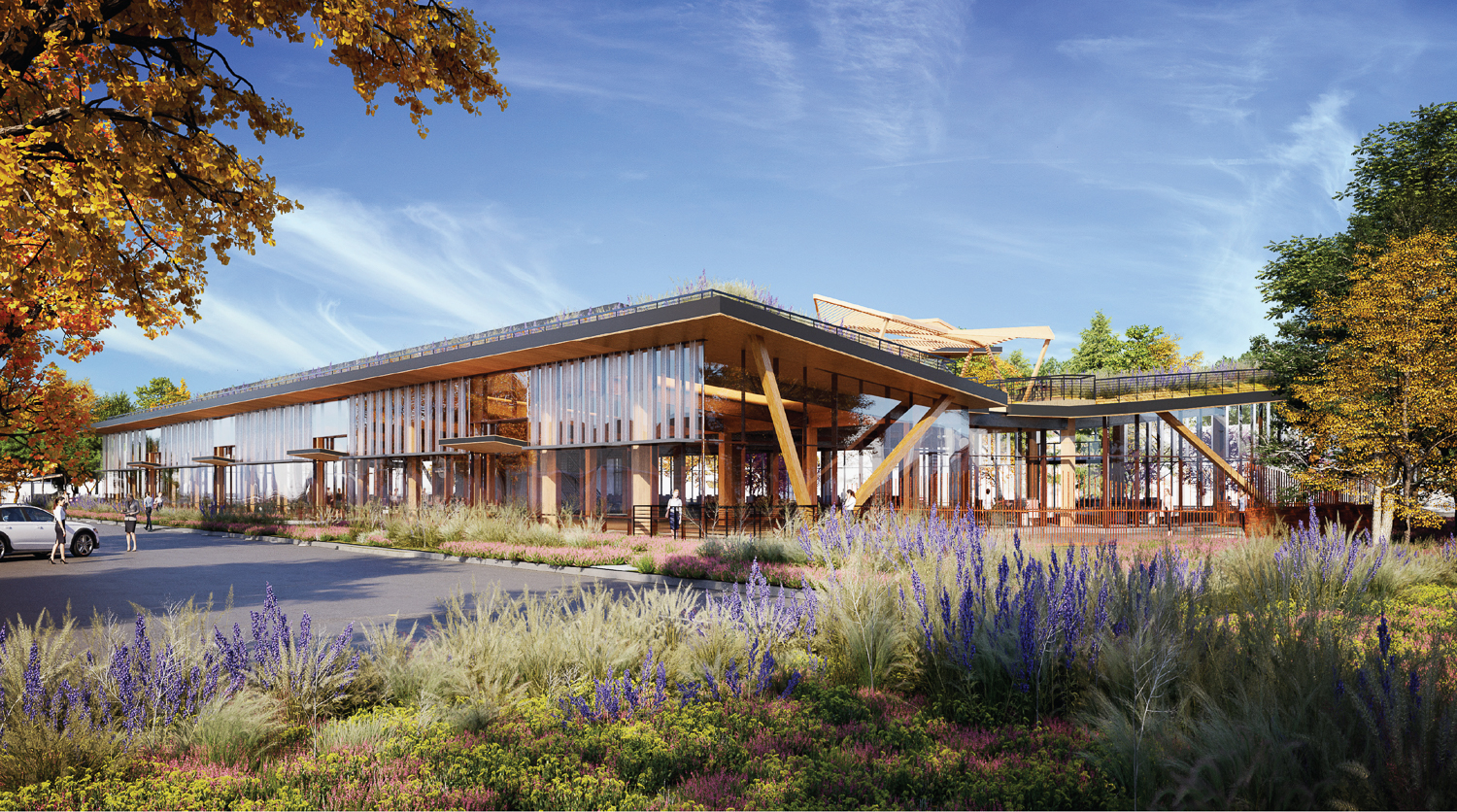 Form4 Architecture is responsible for the design. The butterfly roof above the entry serves as the visual focal point, creating a visually exciting covered area with angled columns and protruding terraces. The building’s scale is reduced to minimize its own presence along the streetscape. The second floor will be set back toward El Camino and away from the nearby hotel and offices.

The structure will cover roughly half of the 2.9-acre parcel. The rest of the property will feature tree-lined surface parking, stormwater treatment borders, and landscaped public plazas around the entry and rear of the building. 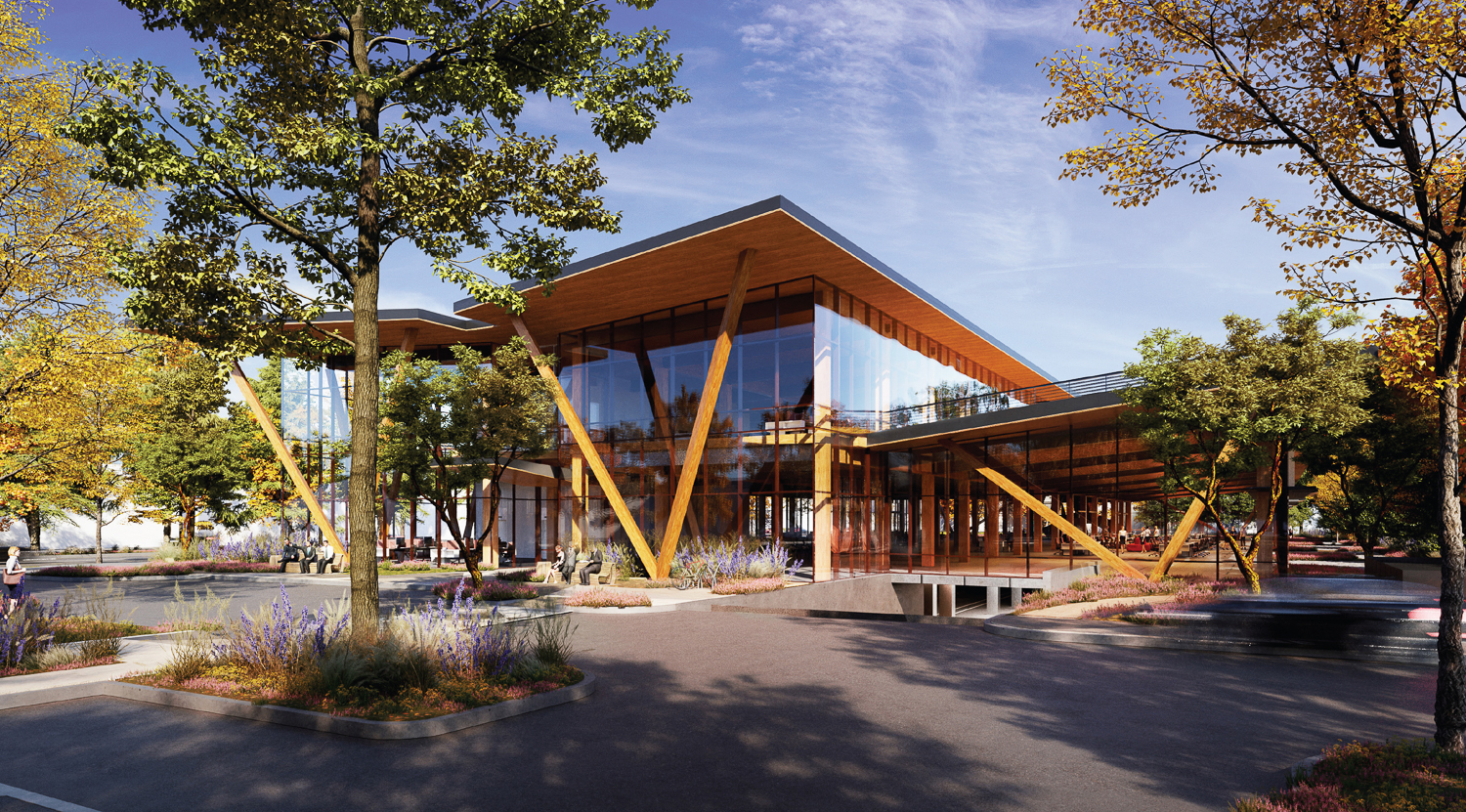 The property is occupied by a surface parking lot next to 607 Hansen Way, which is owned by Sand Hill Property and occupied by the American electric vehicle automaker and automotive technology company, Rivian.

Across the street at 3400 El Camino, Oxford Capital Group plans to develop a new six-story apartment complex. The plans, revealed by YIMBY last month, would create 382 apartments. A block north is where Charities Housing has applied for entitlement of a five-story affordable housing project at 3001 El Camino Real, designed by David Baker Architects. 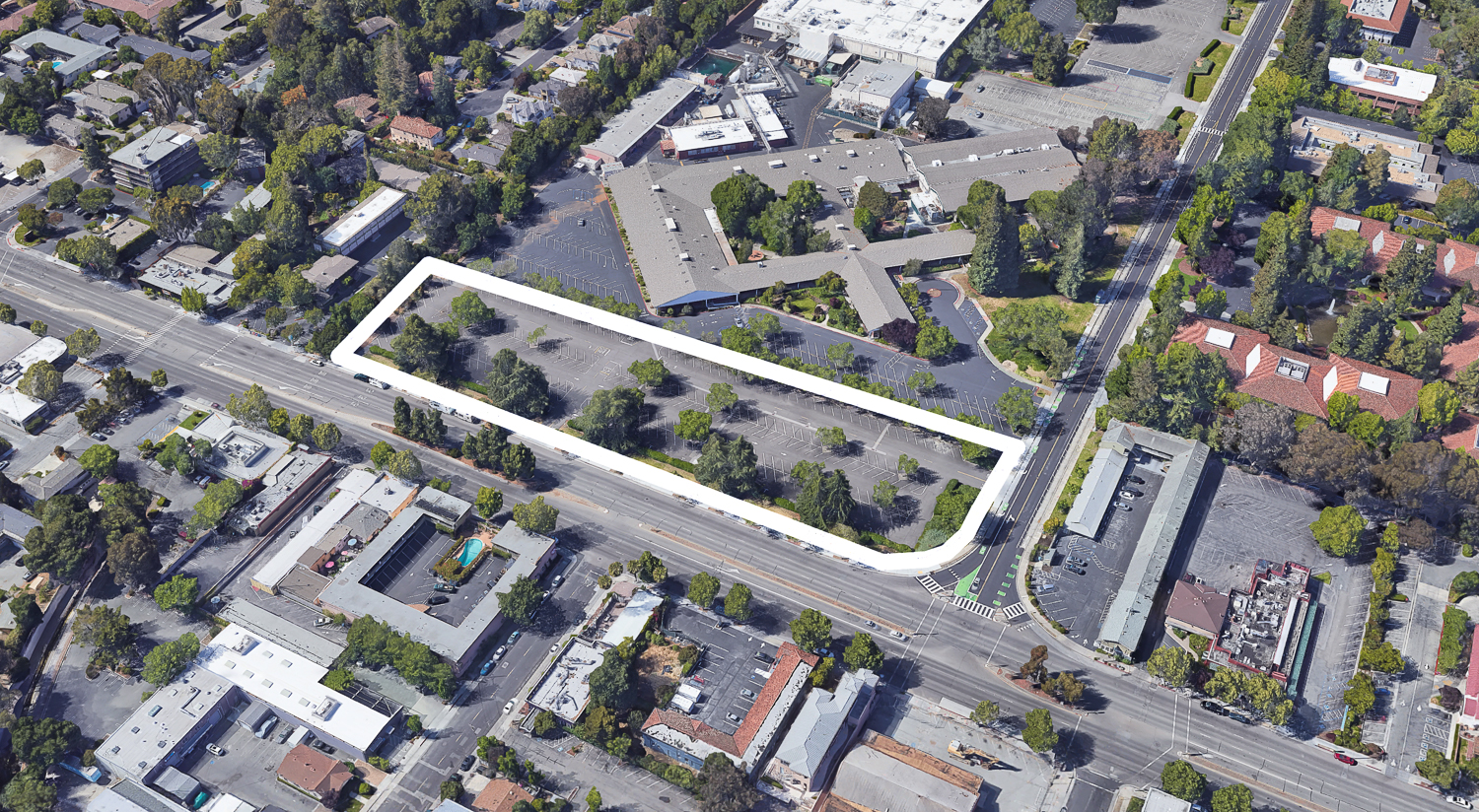 Sand Hill Property Company is a local firm specializing in Silicon Valley real estate. The firm has been covered several times here on YIMBY, starting with the adaptive reuse of San Francisco’s marble-clad mall department store at 233 Geary Street. In late June, the firm received approval for the nearly one thousand-unit masterplan with a contentious Whole Foods at El Paseo de Saratoga.

Sand Hill Property’s most ambitious project by far is The Rise, a 50-acre project across from Apple Park in Cupertino. The project will have 2,400 homes, nearly 2 million square feet of offices/laboratories, significant amounts of retail and entertainment, and what could become the largest green roof in the world. Rafael Viñoly Architects is the project architect.

The project had been reviewed by the city’s Architectural Review Board earlier this year, during which the staff suggested Sand Hill incorporate retail use at the ground level. The project was pushed to a future review by the board, a date for which has not been established.