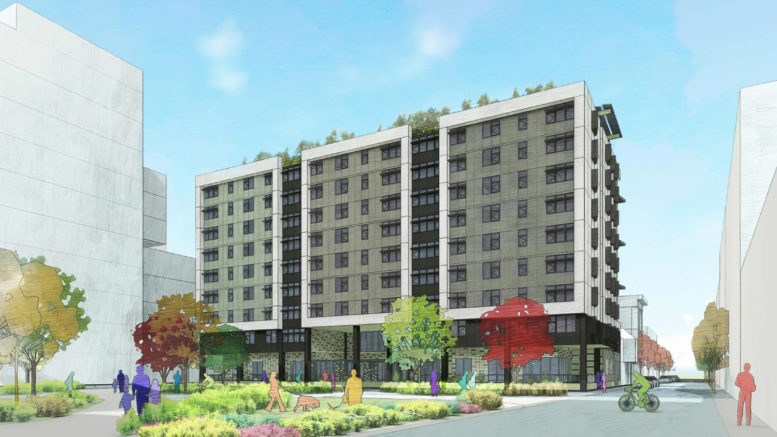 Renderings have been revealed for an eight-story residential infill for 160 Freelon Street in SoMa, San Francisco. The project, also addressed as 639 Bryant Street, would replace a vacant building and surface parking with 85 units of affordable housing. Related Companies is the project developer collaborating with the City and County of San Francisco. Groundbreaking is expected in 2024. 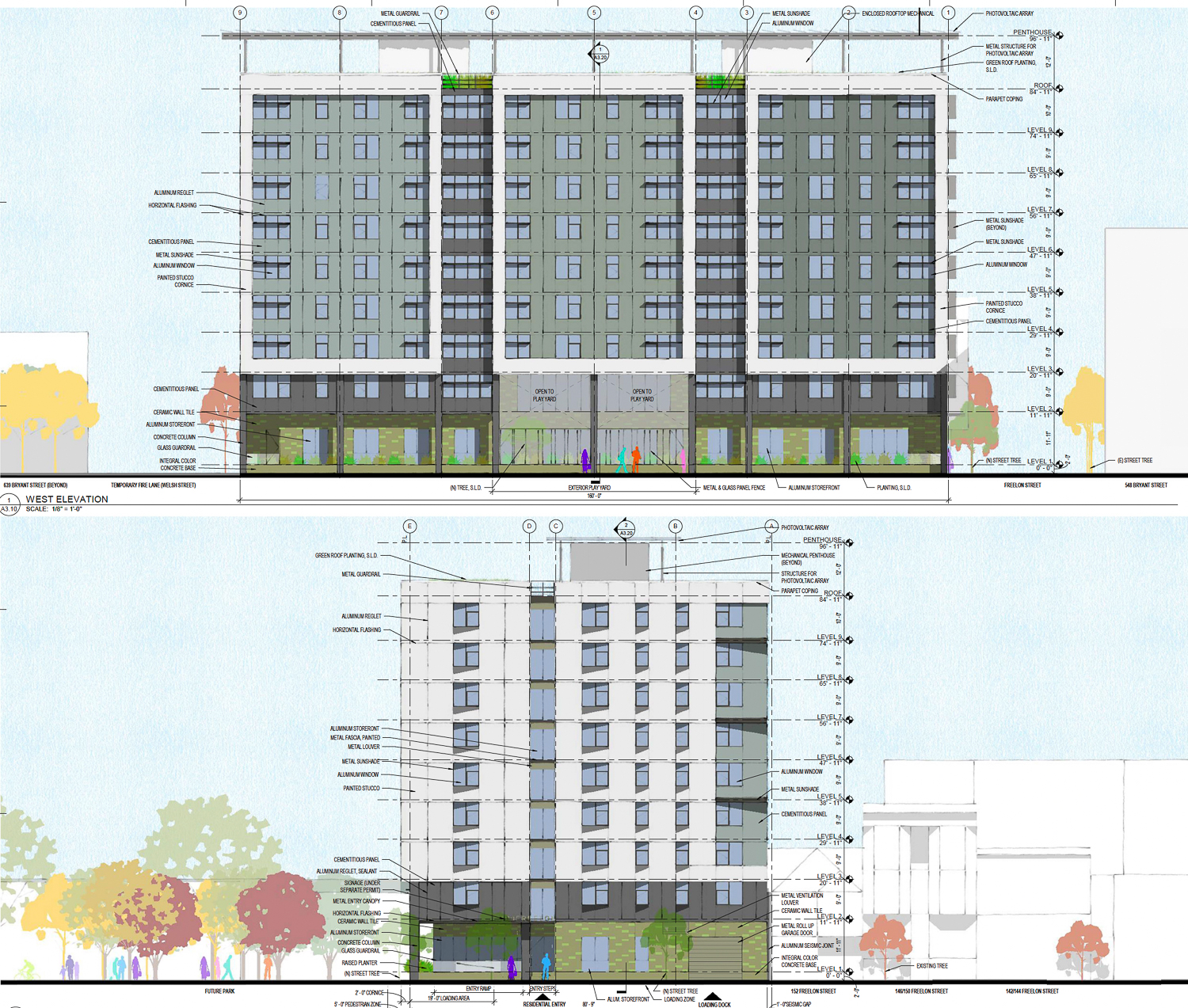 Plans for 160 Freelon were first revealed in an unlinked permit application on September 8th, providing detailed information about the proposal facts and surrounding neighborhood, but not the address. Now, the project profile application has been filed with the city, along with detailed development plans for the eight-story affordable infill supported by the Mayor’s Office of Housing and Community Development.

Planning Documents show that the 84-foot tall structure will yield around 101,340 square feet. Unit sizes will vary with 15 studios, 24 one-bedrooms, 23 two-bedrooms, and 23 three-bedrooms. Parking will be included for 85 bicycles and no vehicles. The plan makes use of the State Density Bonus program, providing the team with added flexibility with concessions to maximize the housing capacity.

Amenities will include the lobby, an on-site property management office, play yard, laundry, lounge, and a case management office on the ground floor facing a future park from the adjacent development at 598 Brannan. 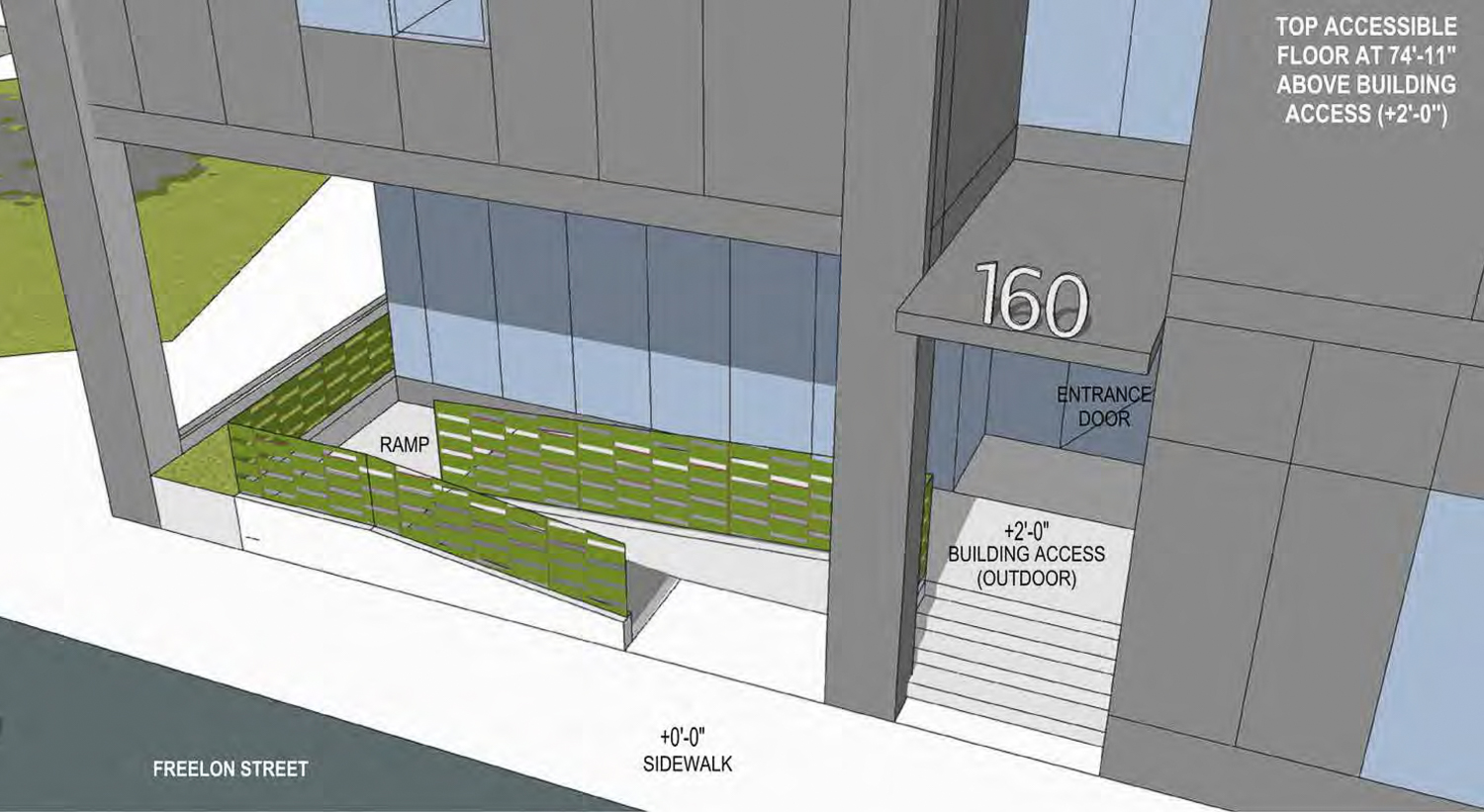 Leddy Maytum Stacy Architects and Y.A. Studios are joint architects, with contracting by Cahill and the Guzman Construction Group. Facade materials will include stucco, cementitious panels, and ceramic wall tiles. Preliminary illustrations show the building with a dominant white facade facing north-south, while the East-Wast facades will be articulated with white borders framing grey and muted-green massings.

GLS will be the landscape architect. The property conforms to much of the 0.3-acre lot, affording little greenery space beyond the sidewalks around 160 Freelon. The rooftop deck, however, provides GLS was a large canvas to work with, shaping the space to be inviting and beneficial for the community. The deck will overlook the proposed future park within the 598 Brannan plans. 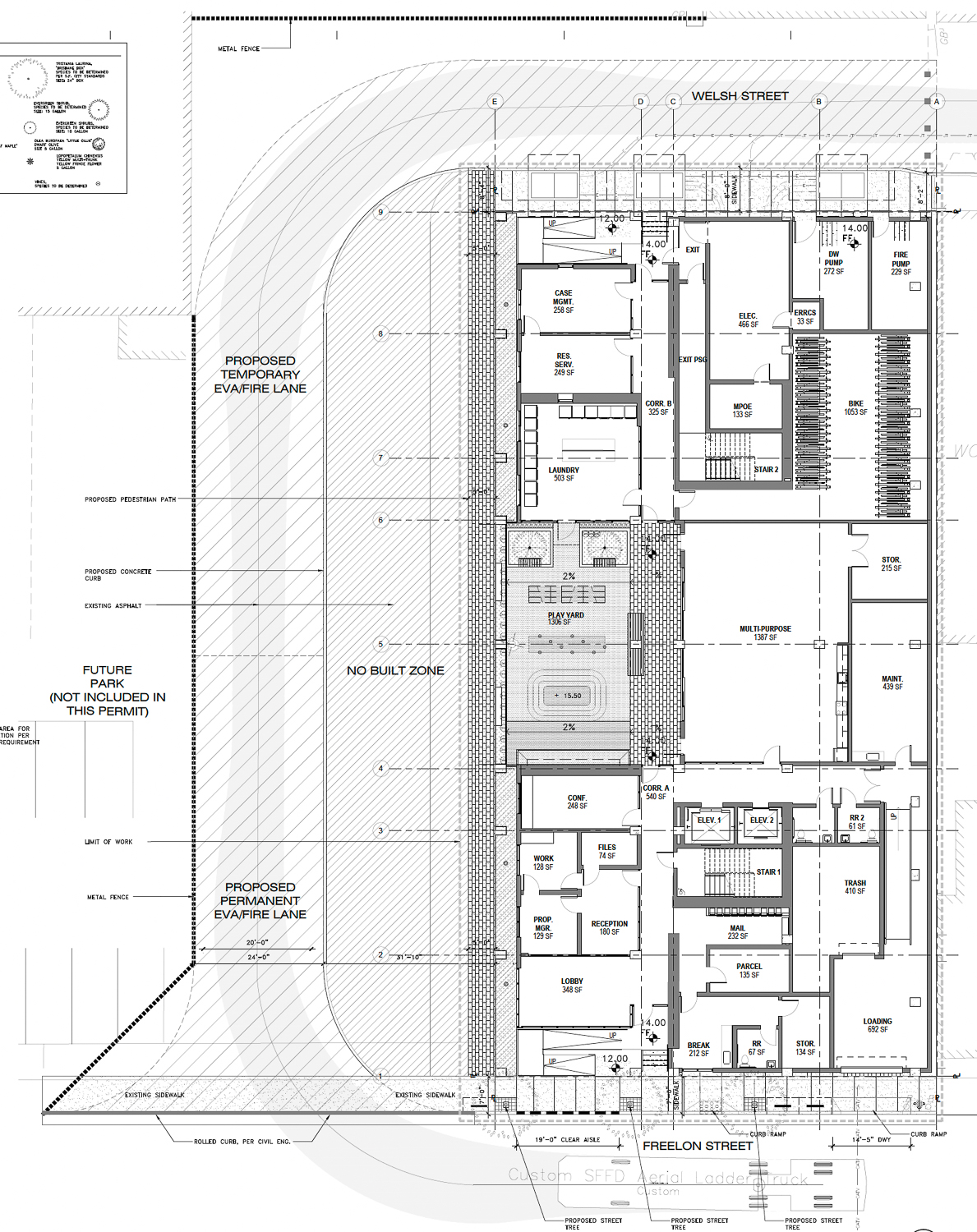 Related and the San Francisco Housing Development Corporation will be joint property owners. Waypoint Consulting is representing the owners, with San Francisco-based ArsCode serving as a permit expeditor. BKF will consult on civil engineering, DCI for structural, and Emerald City Engineers for MEP.

598 Brannan Street is a three-building mixed-use development led by Tishman Speyer. The project, which has yet to start construction despite work projected to begin in 2021, will add nearly a million square feet of offices, retail, a childcare facility, around sixty units of affordable housing, and a 20,000 square-foot public park.

The current property owner is Tishman Speyer. The firm will deed the property to Related and the City in the last quarter of this year. 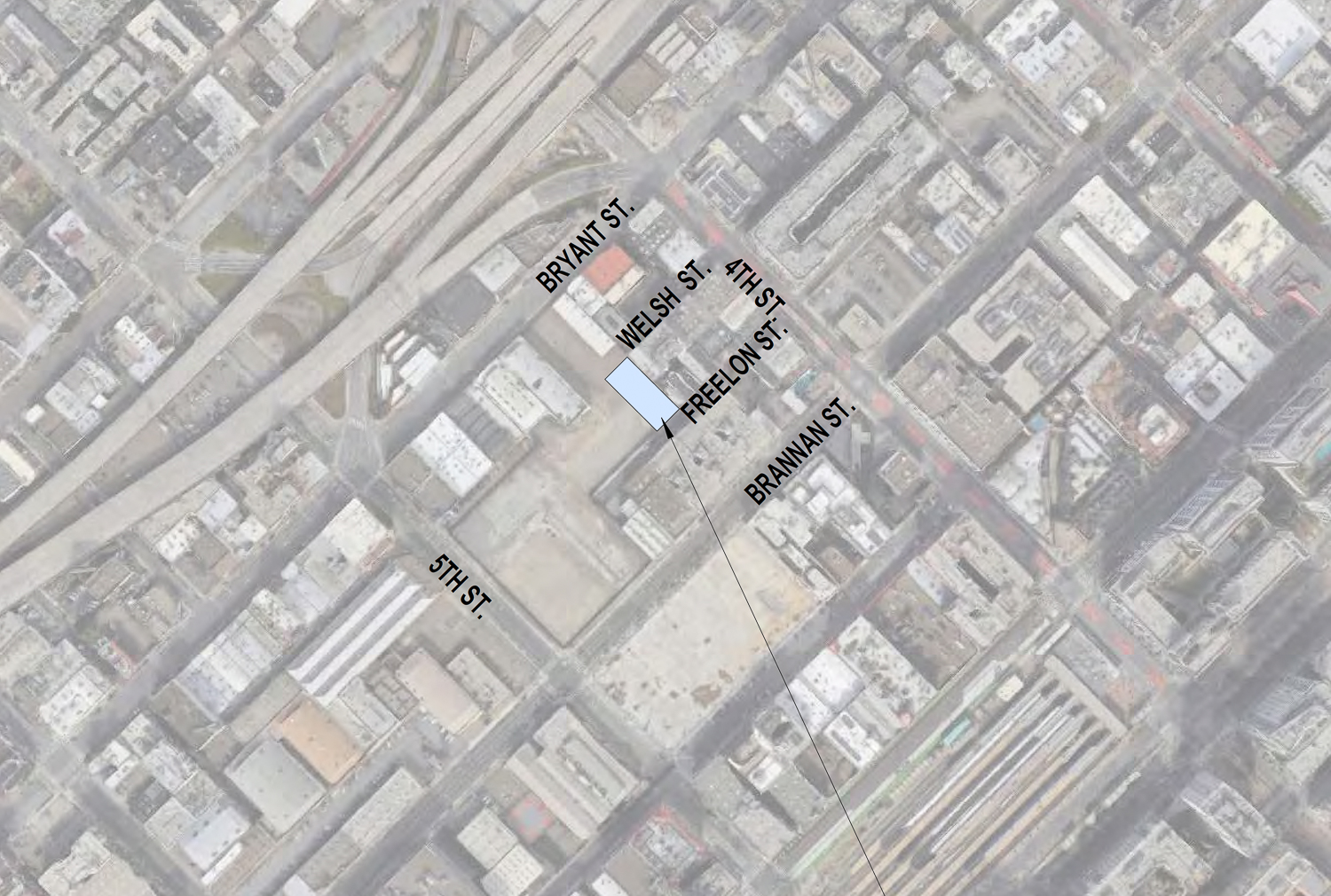 The property will be located along Freelon Street, a mid-block passage bound by Brannan Street, Bryant Street, 4th Street, and 5th Street. Residents will be just three blocks from the San Francisco Caltrain Station for regional transit, while MUNI buses and a nearly-open light-rail stop along the Central Subway extension will assist with local movement.

According to the project application, construction is expected to cost around $70 million over 22 months. Groundbreaking is currently expected by 2024.