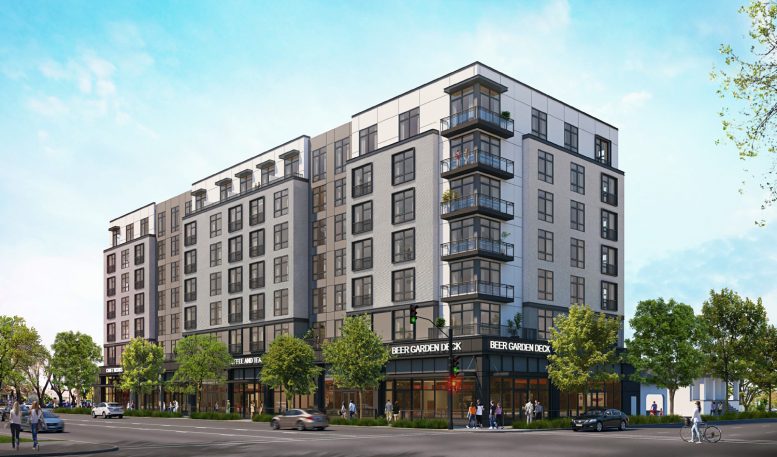 Construction is expected to begin soon for 1500 S Street, a six-story mixed-use development in Downtown Sacramento. After $59 million has been secured, developers are expected to add 137 new homes to the city. Anthem Properties is responsible for the development. 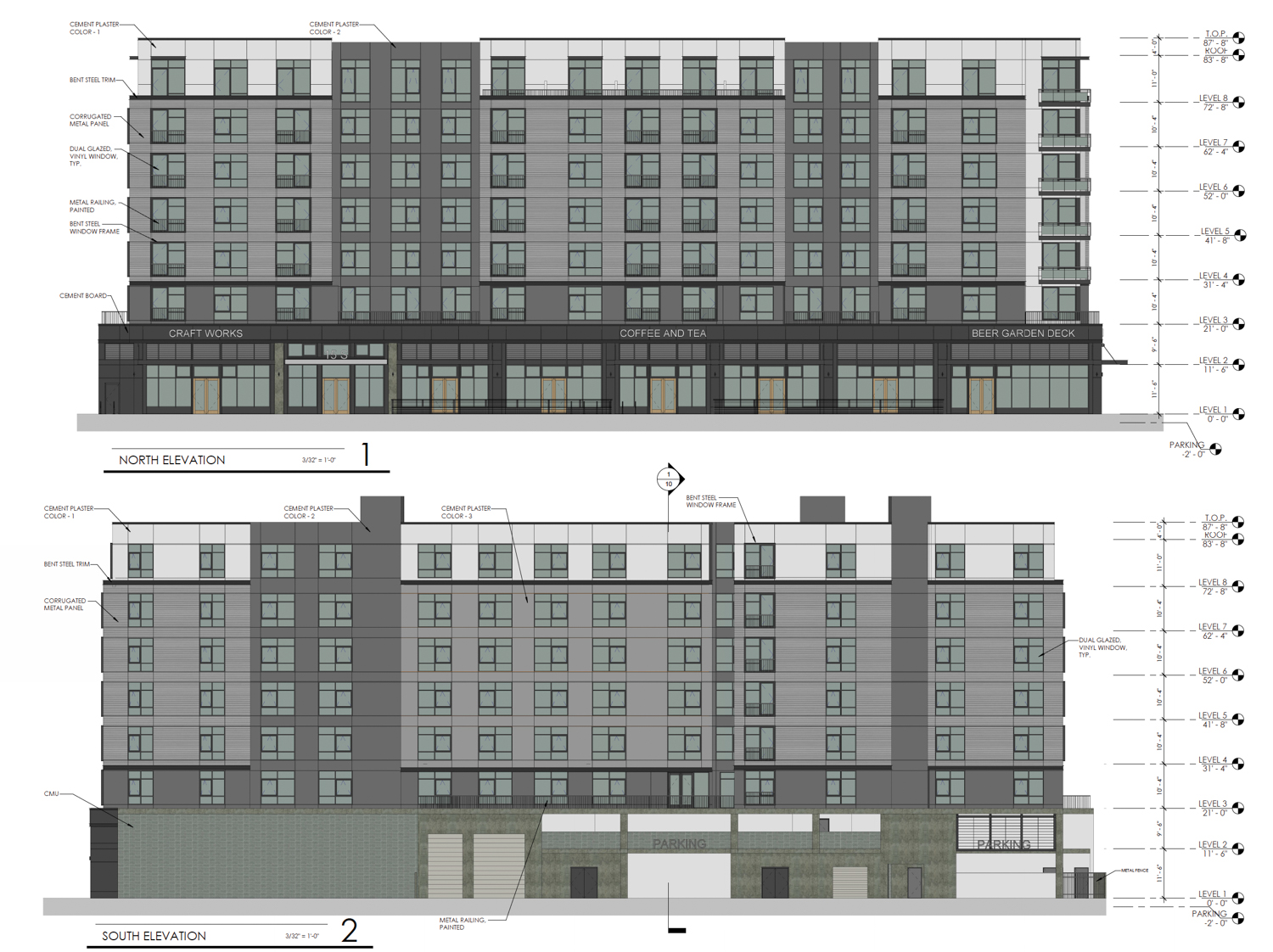 Additional reporting by the Business Journals’ Ben van der Meer, who broke the story, confirms that of the $59 million, $39 million is for construction debt, and $20 million will be for equity financing. Anthem Properties has also started construction on a 153-unit apartment complex at 1010 11th Street, expected to open by 2023, dubbed Cathedral Square. 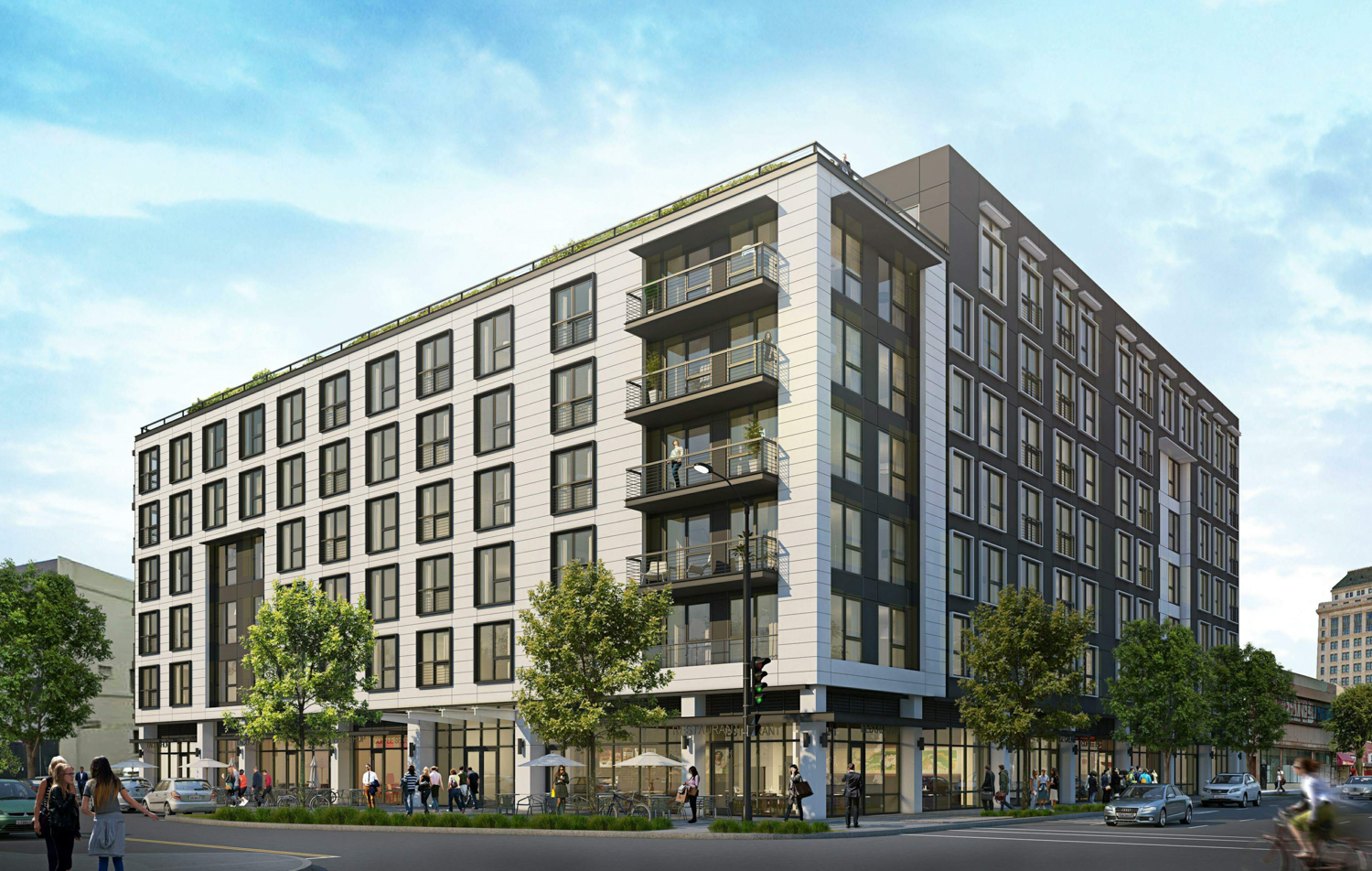 Cathedral Square at 11 and J Street, development by Anthem Partners

The 88-foot proposal will yield 170,260 square feet, including 26,310 square feet for parking, 6,140 square feet for common open space, and 9,700 square feet for ground-level retail shops with capacity for as many as seven tenants. The residential options will range in size, with 43 studios, 58 one-bedrooms, and 36 two-bedroom units. Parking is included on-site for 99 vehicles and 69 bicycles. Residential amenities will include a fitness center, dog washing station, and more. 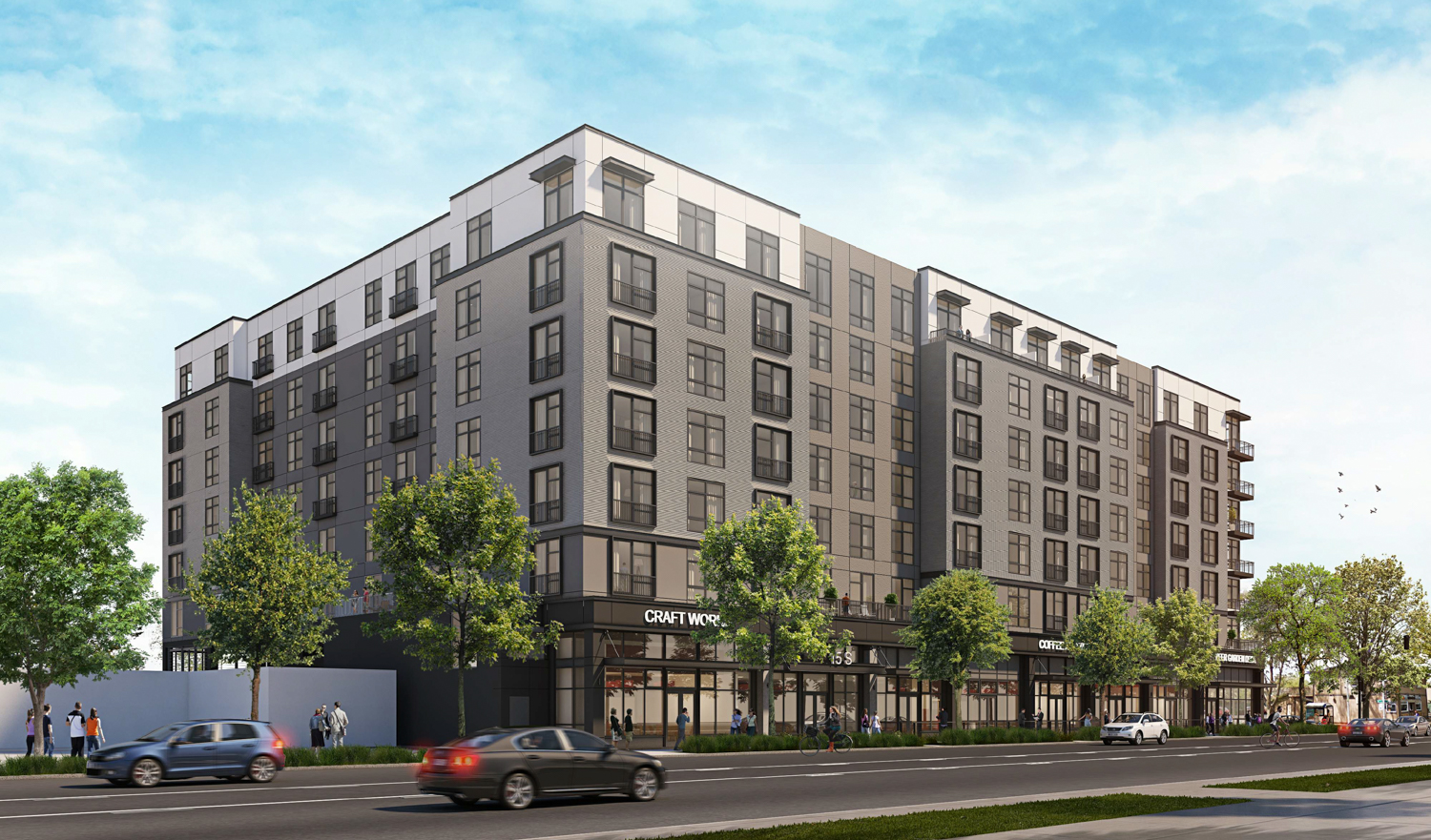 1500 S Street from along S Street, design by HRGA Architecture

Sacramento-based HRGA Architecture is responsible for the design. The facade has a mix of flat and corrugated metal panels, exposed concrete, and cement plaster walling. On top of the black street-level front, corrugated grey panels and flat fiber cement divide the massing, while the top floor is painted bone-white. Private balconies are featured on 15th Street and S Street, and shared open-air terraces are on the second and third floors. 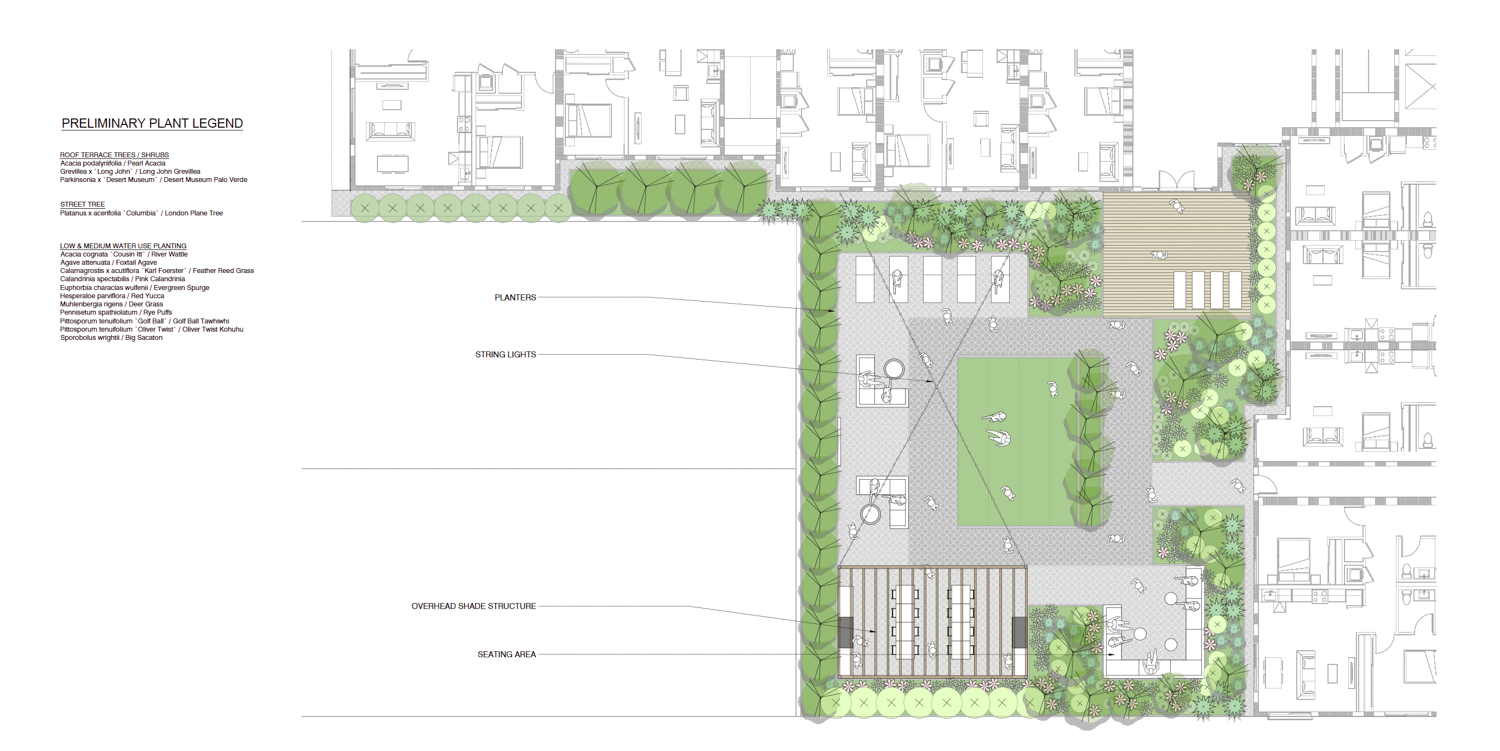 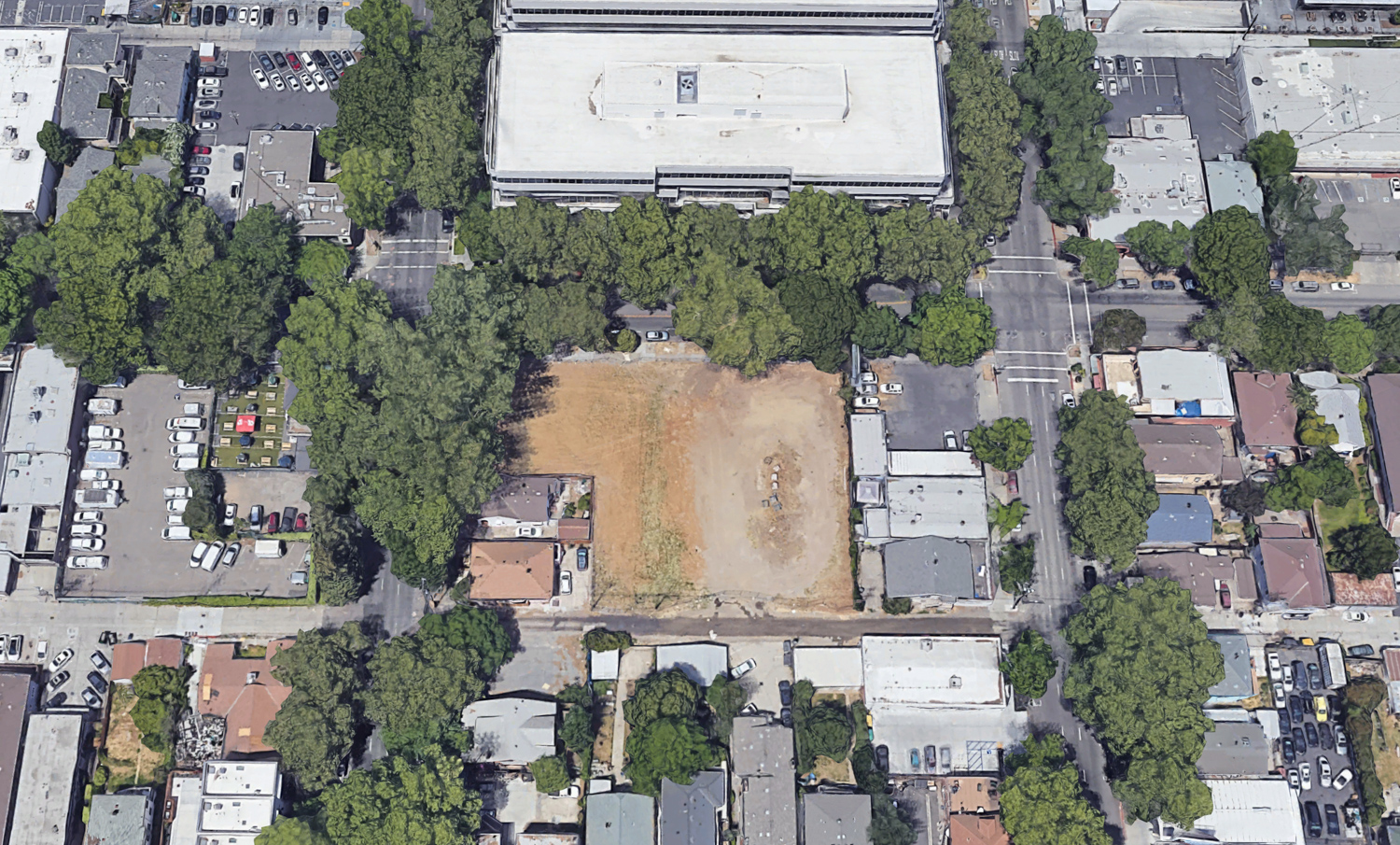 Atlas Lab is responsible for landscaping architecture. Along with sidewalk improvements, the project will offer an outdoor garden for residents.

Residents will be in a retail-rich neighborhood with shops and cafes in abundance along S and the nearby R Street commercial thoroughfares. Also nearby is the mixed-use Ice Blocks development in Midtown Sacramento, recently covered by SFYIMBY. Lightrail and bus stops are close walking distance, and the California State Capitol Park is ten minutes away by foot.

Be the first to comment on "Construction Expected Soon for 1500 S Street, Downtown Sacramento"