The South San Francisco Planning Commission unanimously voted in favor of a massive new residential development at 100 Produce Avenue and 124 Airport Boulevard. If approved by the city council, the project could build 480 new rental homes by the city center and Caltrain station. Hanover Company is responsible for the development.

TCA Architects is responsible for the design. Facade materials will include plaster, metal panels, cementitious lap siding, and either stone veneer or porcelain tiles. Perforated metal grills and screens will provide a more decorative cover for the project’s garage, with a mix of metal or glass railing protecting residential balconies. 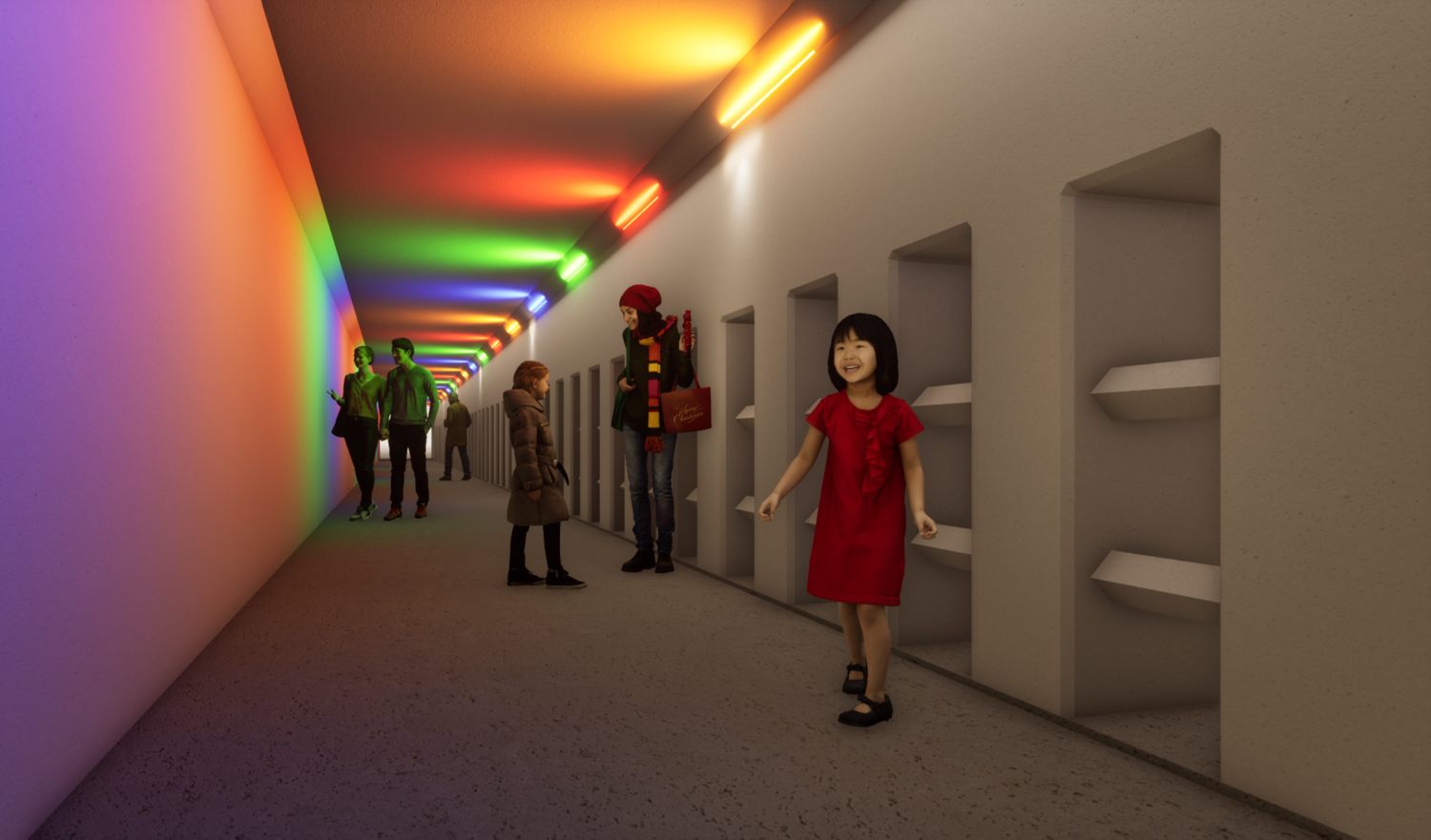 A brief description provided in the planning application gives a good insight into the developer’s vision, and the architectural vision. “The buildings’ architecture treats the pair of buildings as an ensemble bracketing San Mateo Avenue, forming a southern anchor to downtown South San Francisco. The building massing is broken into several large forms of complimentary language. The focal point is at the intersection of San Mateo and Airport, where flanking facades of metal panel and cementitious siding over a base of stone and storefront hold the corner.” 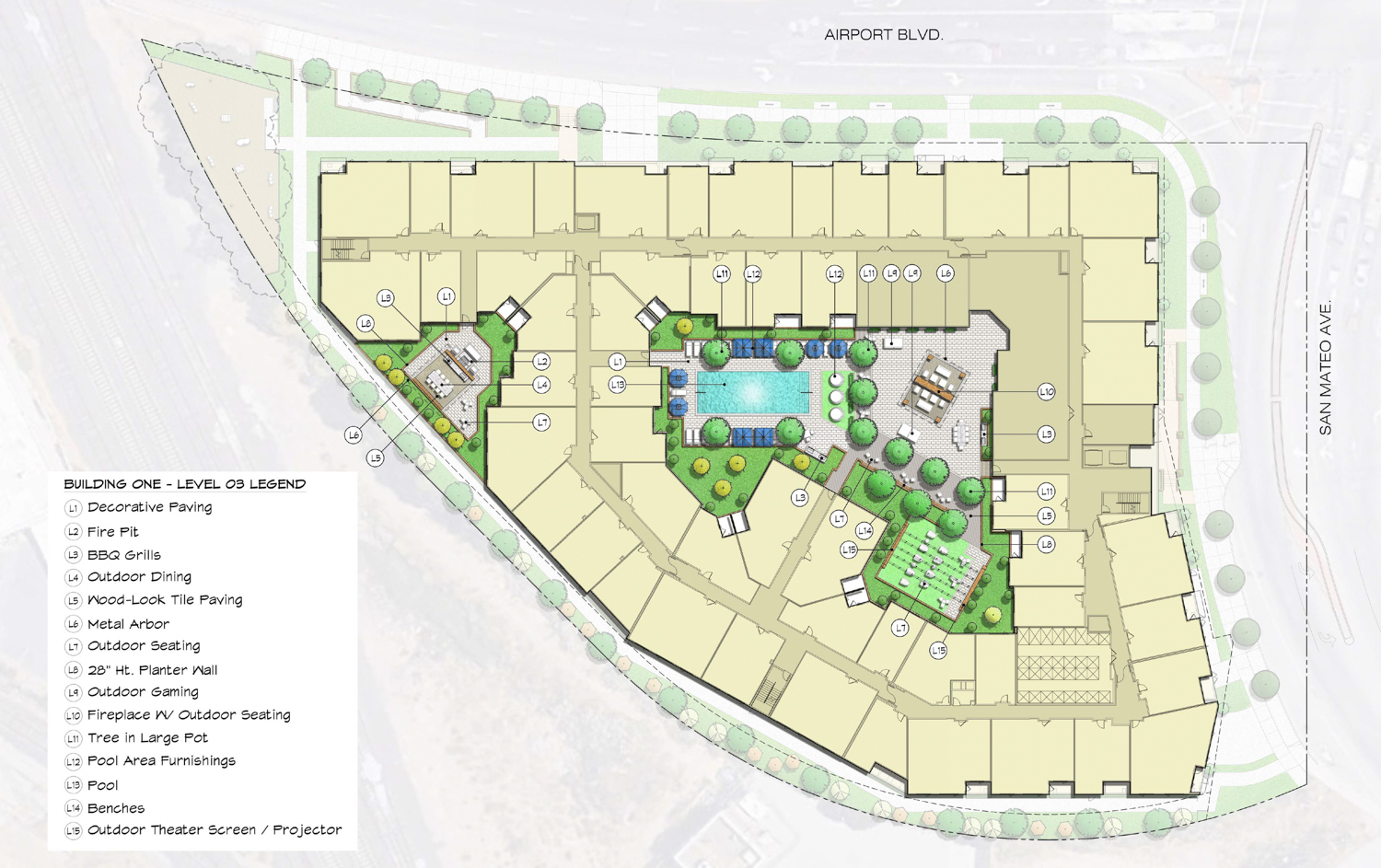 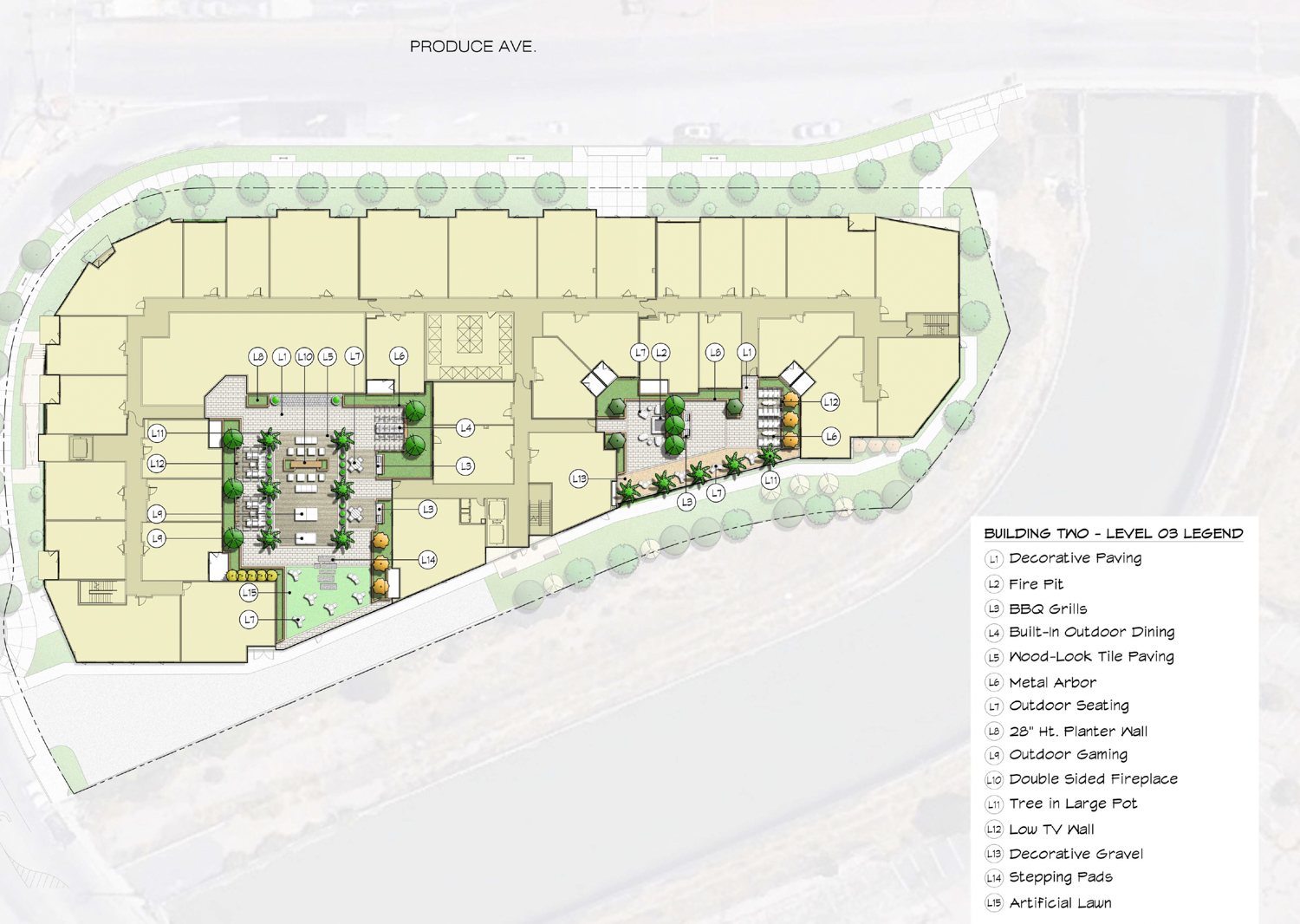 GWH Landscape Architecture will be the landscape architect, and BKF Engineers will be the civil engineer. Residential amenities will include a fitness room, four courtyards, one with a pool, and a lounge. 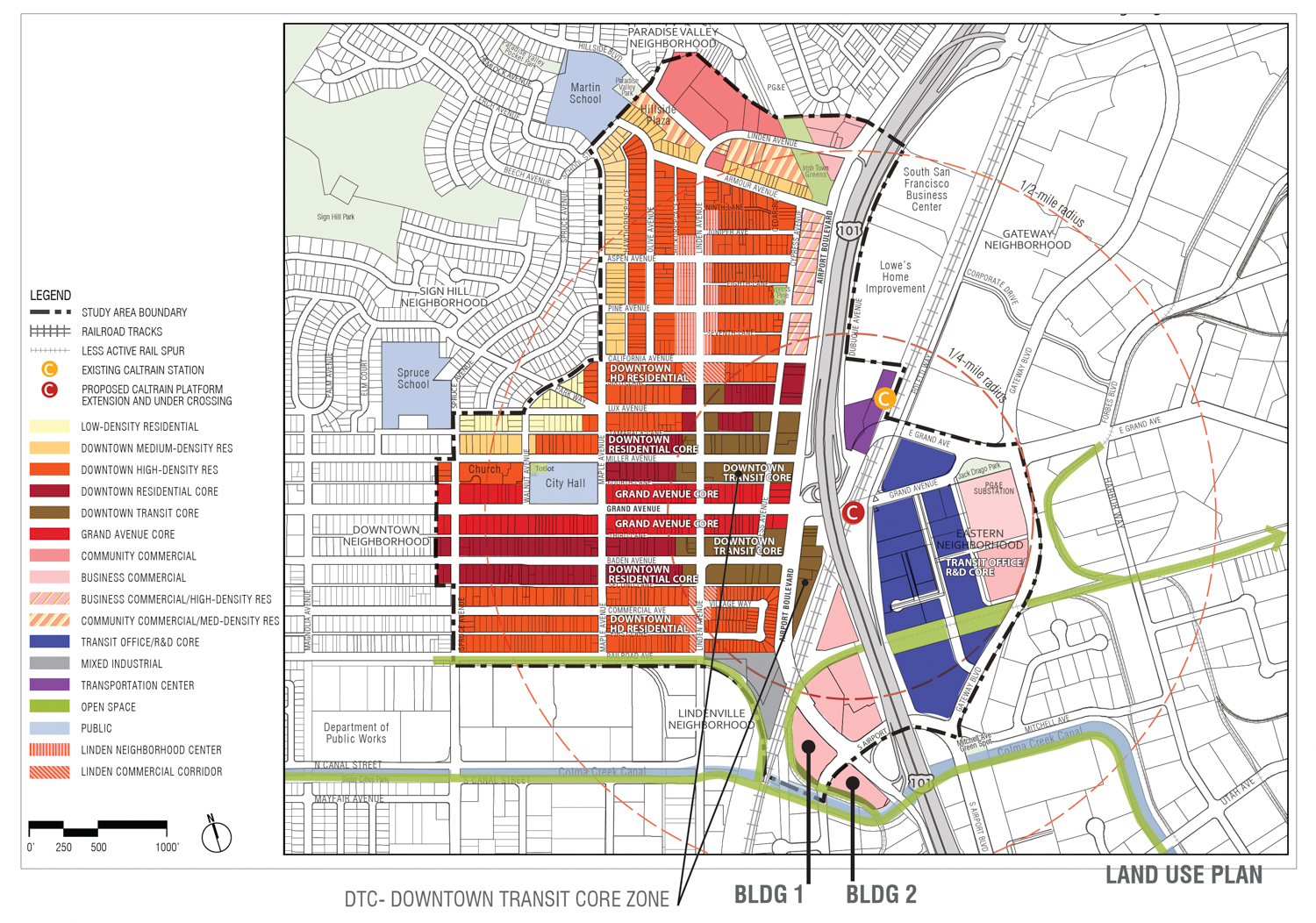 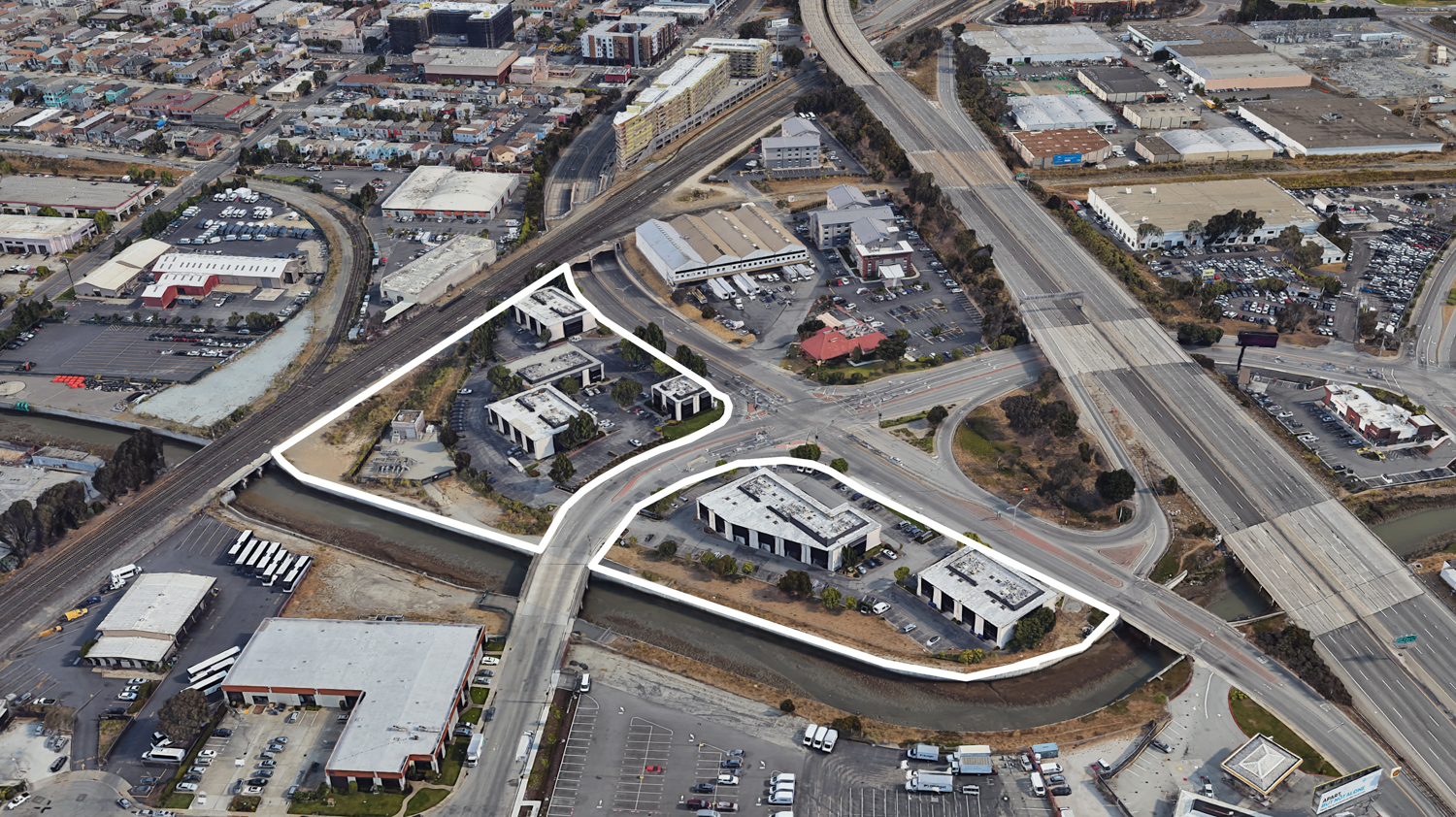 South San Francisco, or South City, is located in San Mateo County with a population of 67,410 people as of 2019. The city refers to itself as the birthplace of biotechnology, given its important role in the field. Genentech, a subsidiary of Roche as of 2009, is the city’s largest single employee by tenfold with over 8,600 employees in the city. New development in the city, such as Hanover’s proposal, is hoped to turn the town’s car-oriented urban landscape to become more transit and pedestrian-oriented.

December 11th Update: The South San Francisco City Council has granted initial approval for the project, according to the San Mateo Daily Journal. Hanover refused the hire union carpenters, but did agree to install electric water heaters. Speaking ahead of approval, Councilmember Eddie Flores said, “This is not a perfect project by any means, this is not a good project, this is not a stellar project…I want other folks, other projects to learn from the mistakes from Hanover, and to do better.”