The environmental review has found the mixed-use Cambrian Park Village would not result in any significant and unavoidable impacts to the environment. Thanks to this, property owner Weingarten Realty Investors is a step closer to construction in Willow Glen, San Jose. The proposal, at 14200 Union Avenue, has also benefited from the City of San Jose Urban Village framework to encourage the production of new transit-oriented urban hubs across the predominantly suburban city. 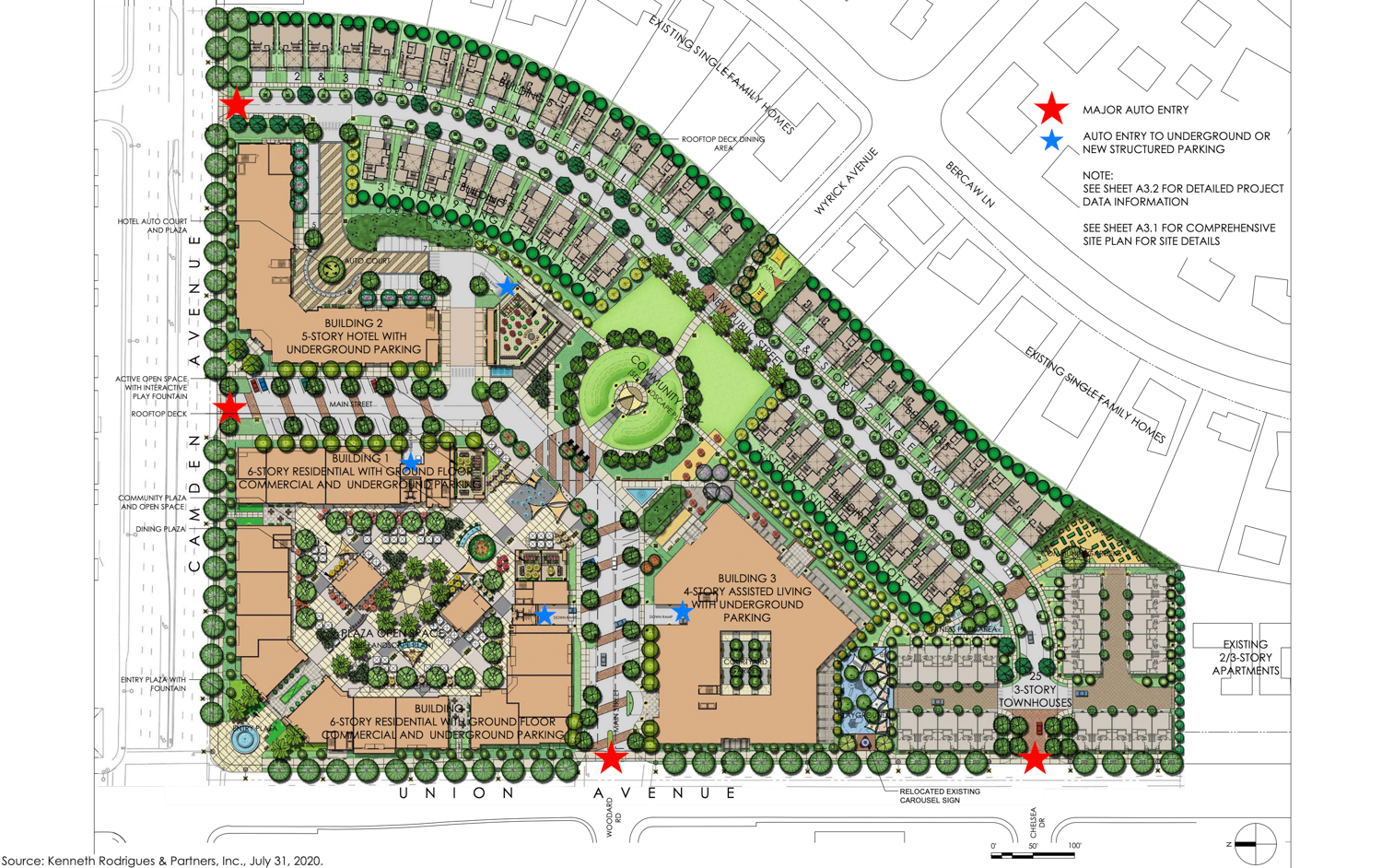 The Draft Environmental Impact Report for the Cambrian Park Mixed-use Village, also known as the Cambrian Park Plaza, is a 326-page document. While it is not intended to recommend approval or denial, its findings can be titular for an eventual city council vote. Regarding Cambrian Park, the document states that “the proposed project, with implementation of identified mitigation measures, would not result in any significant and unavoidable impacts.”

As it exists Cambrian Park is a suburban tract mall on top of 18.1 acres of land. The mall was built in the 1950s and 1960s with 168,460 square feet of retail surrounded by surface parking. Weingarten’s proposal will replace the shopping center with 378 new homes, a 229-room hotel, and. 50,990 square feet of commercial space. An additional structure will either produce a 180-bed assisted living facility or a 160,000-square foot office building. Four acres of the unbuilt lot will become public open space. Parking will be included for 1,252 vehicles in total, most of which will be below-ground. Additional storage will be included for 209 bicycles.

Cambrian Park Plaza at 14200 Union Avenue view from the community park towards buildings one, two, and three, illustration from Kenneth Rodrigues & Partners 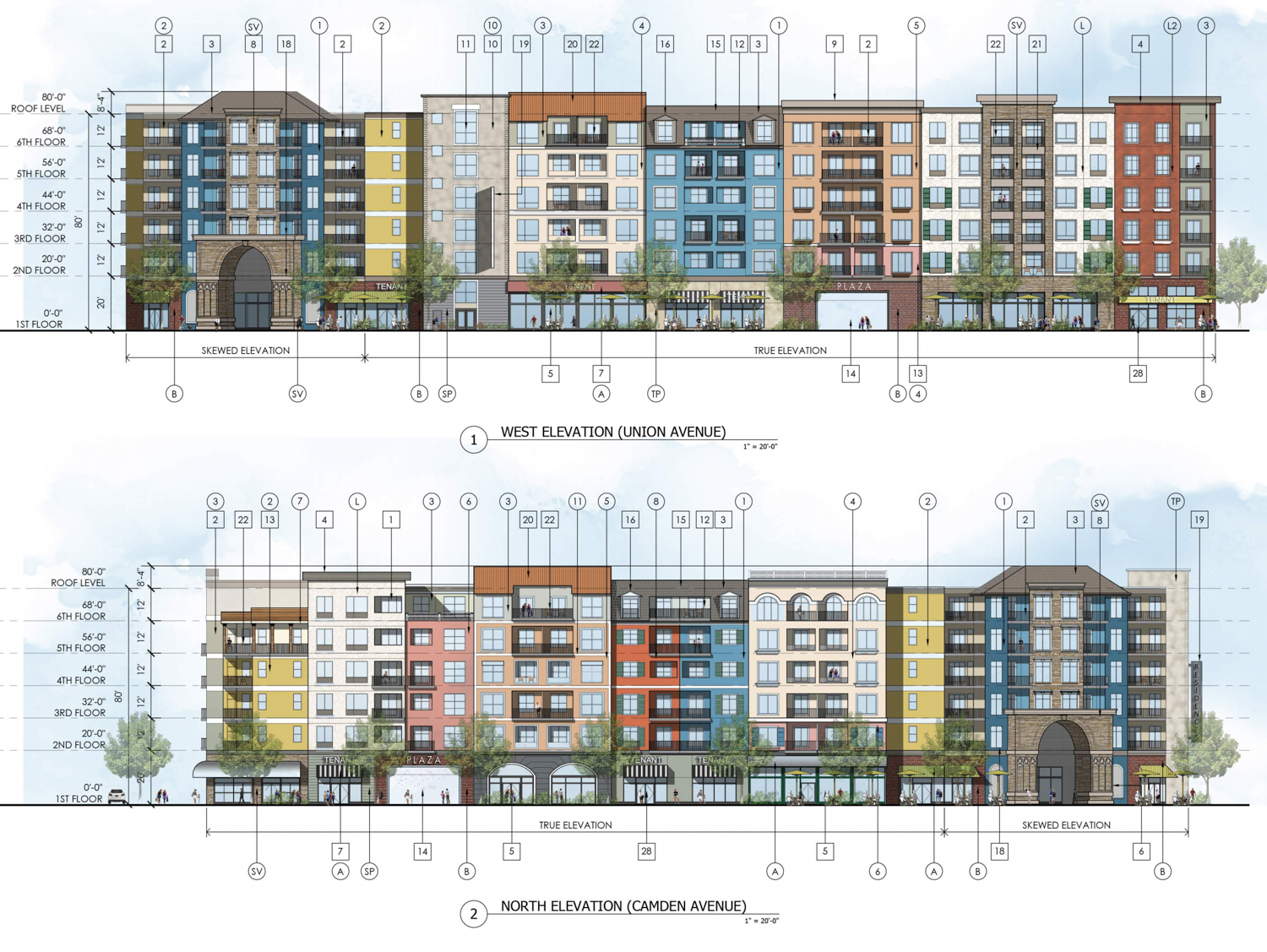 Kenneth Rodrigues & Partners is the project architect. The design takes influence from images of various Italian town squares and buildings, emphasizing the Mediterranean country’s influence on the proposal for Cambrian Park Plaza. The entrance itself resembles the victory arches of ancient Rome, leading out to a water fountain on the corner of Camden and Union Avenue. 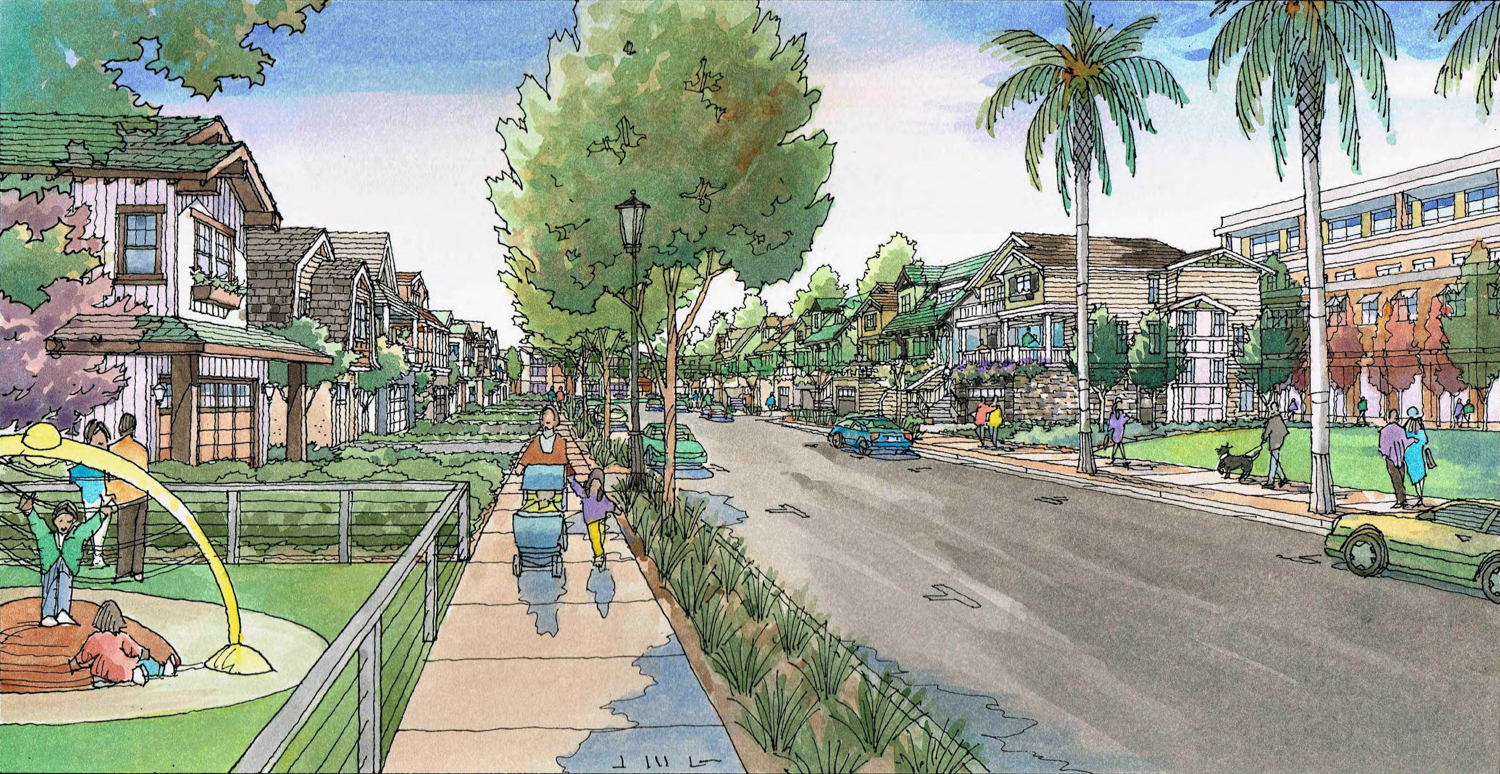 Kimley-Horn is the civil engineer and Guzzardo Partnership is responsible for landscape architecture. The new development will preserve the existing historic carousel signs. The landmark will be placed beside the assisted living house, dog run, and vehicle entrance for the townhomes along Union Avenue. 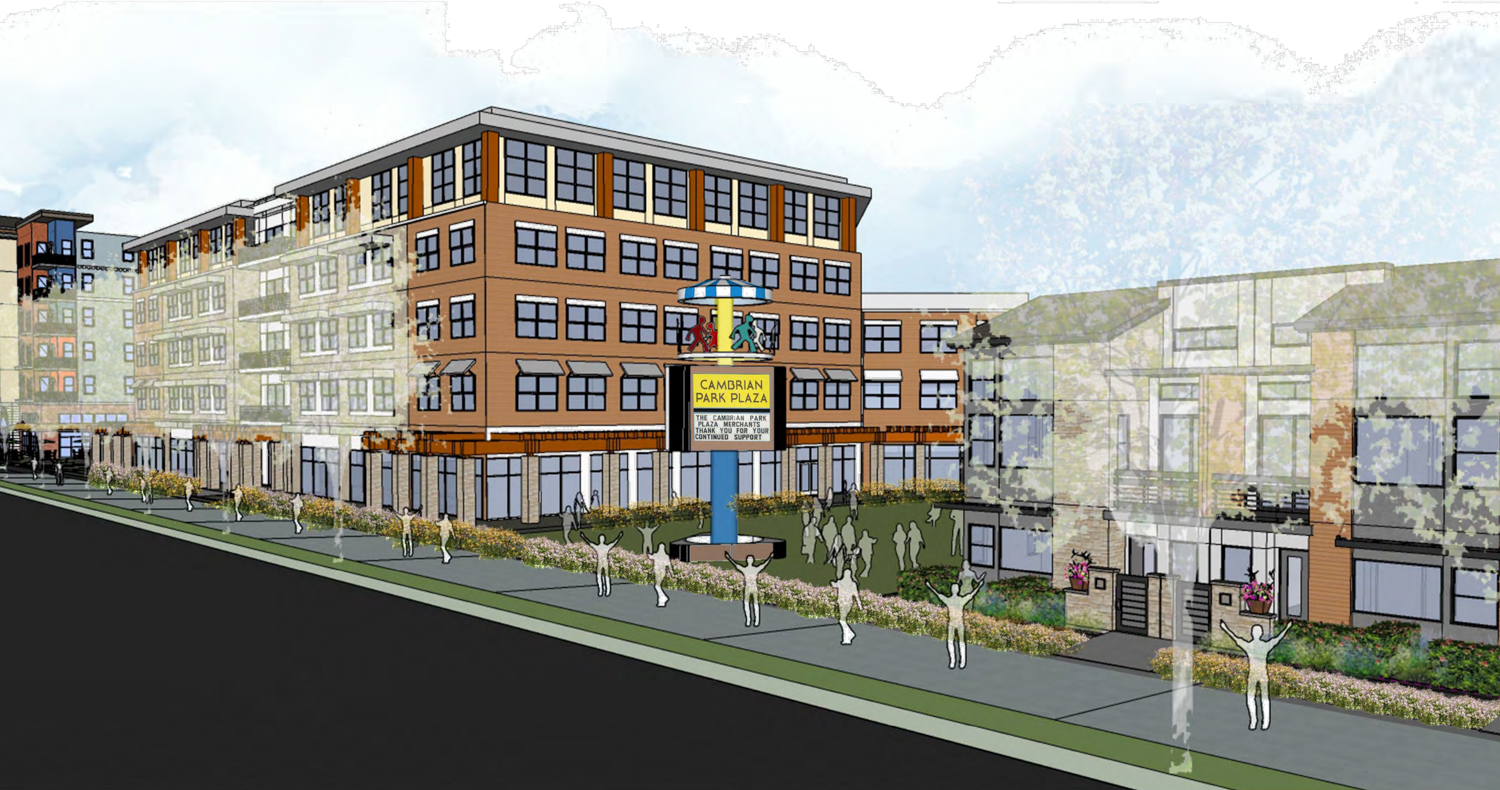 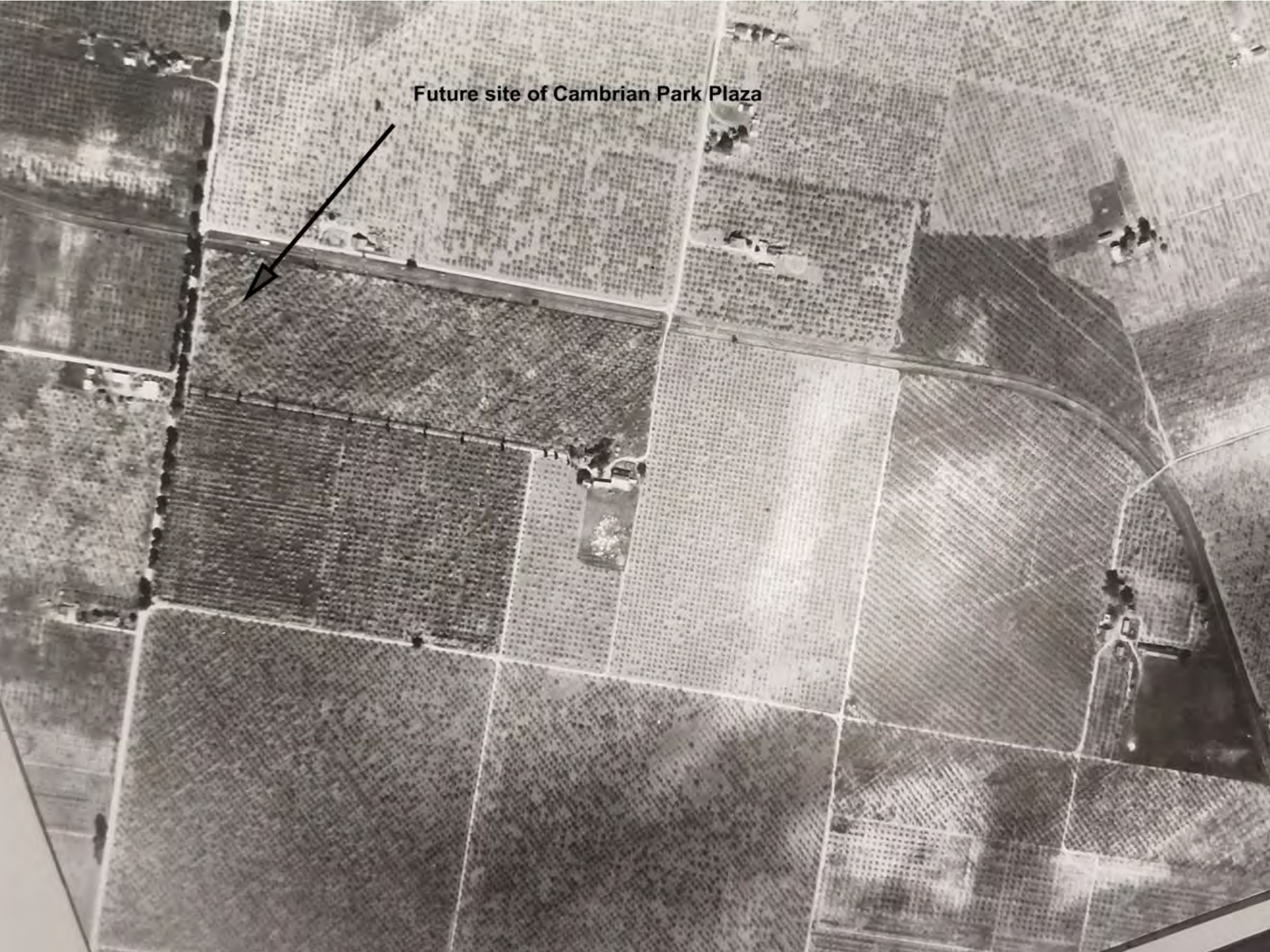 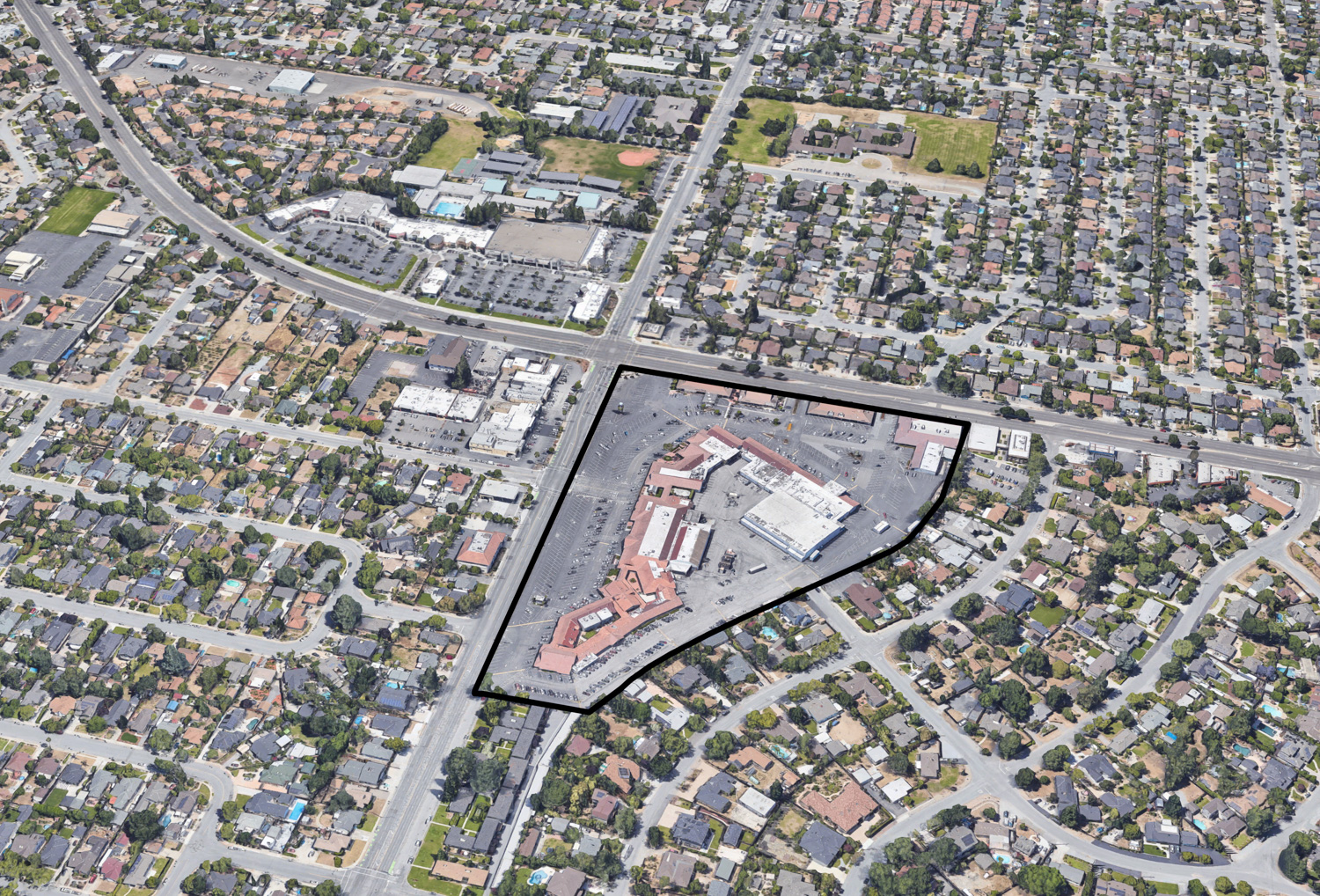 The project did involve an exhaustive evaluation of the project’s historic merit. Preservation Architecture, an Oakland-based firm, wrote that “as detailed herein, the subject property, its buildings and structures do not meet any criteria for listing on the California Register of Historical Resources (CR) or for designation as a City of San Jose Landmark and are, therefore, not a potential historic resource.” As written in the Cambrian Plaza Historic Resource Evaluation.

Construction is expected to last 28 months from groundbreaking to completion.

Meeting Scheduled For Townhomes At 102 East Fremont Avenue In Sunnyvale