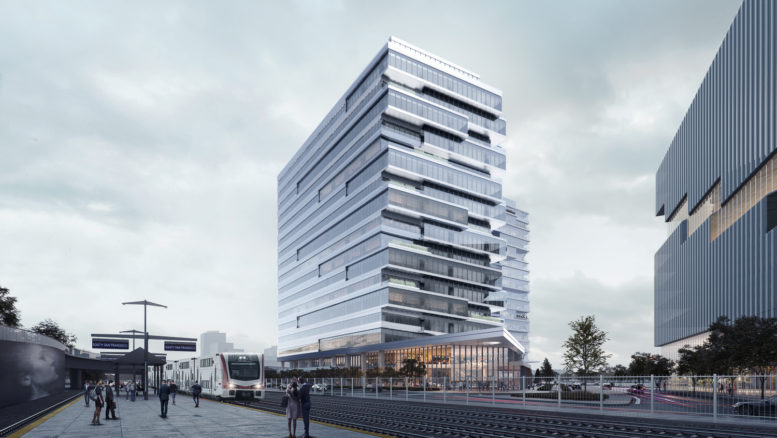 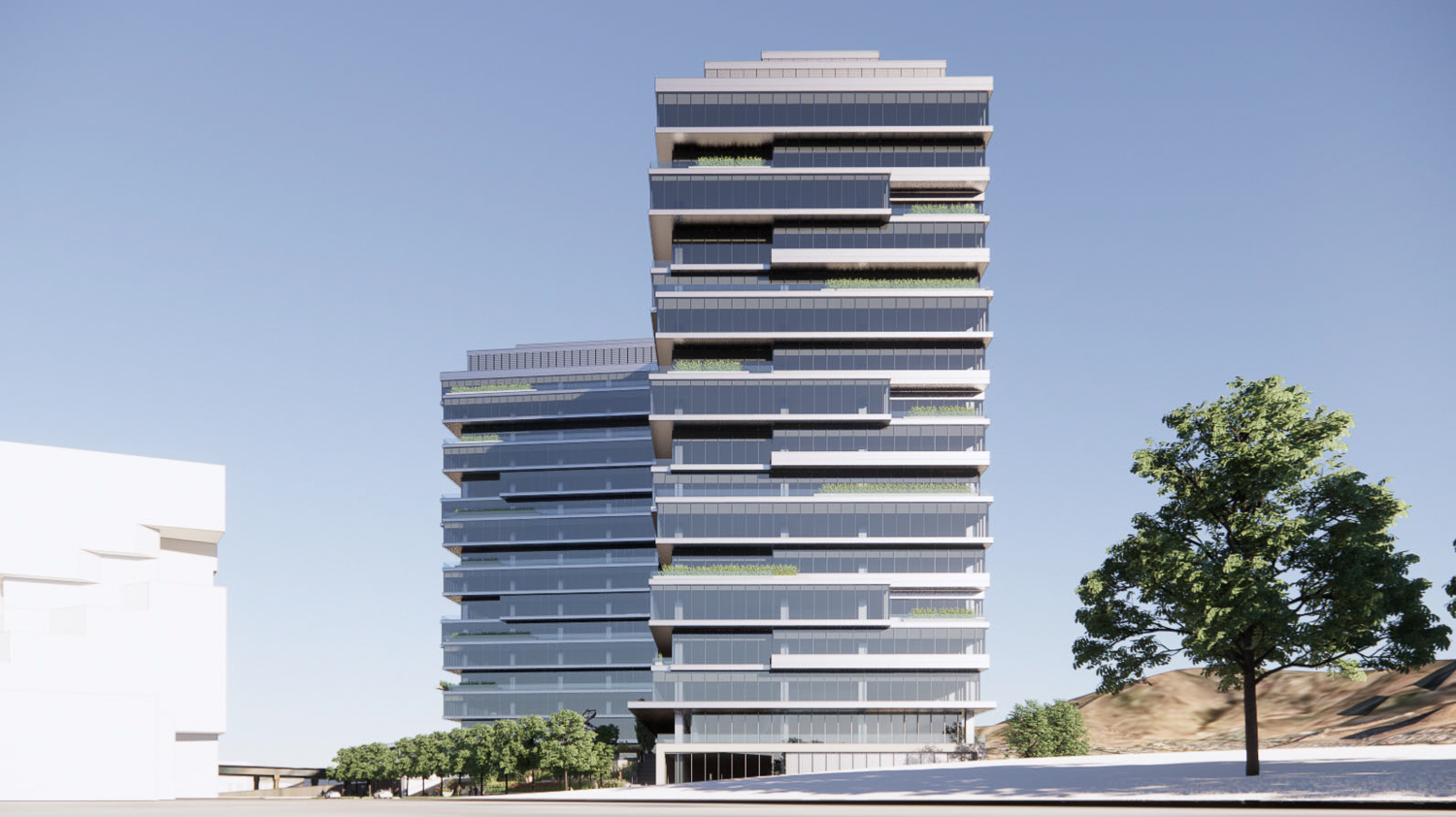 In a letter to the city planning department, Phase 3 Real Estate Partners president Michael Gerrity describes the project as a “transit-oriented, and amenity-enhanced office & research development campus that embraces its location as the gateway from the new Caltrain station to the East of 101.”

The 295-foot tall office/R&D structure will yield around 938,270 square feet with 884,600 square feet of office area. Even though the project is across from the $100 million newly-open Caltrain Station and close to other public transit, parking will be included in two basement levels for 1,394 cars. Additional parking will be provided for 250 bicycles. 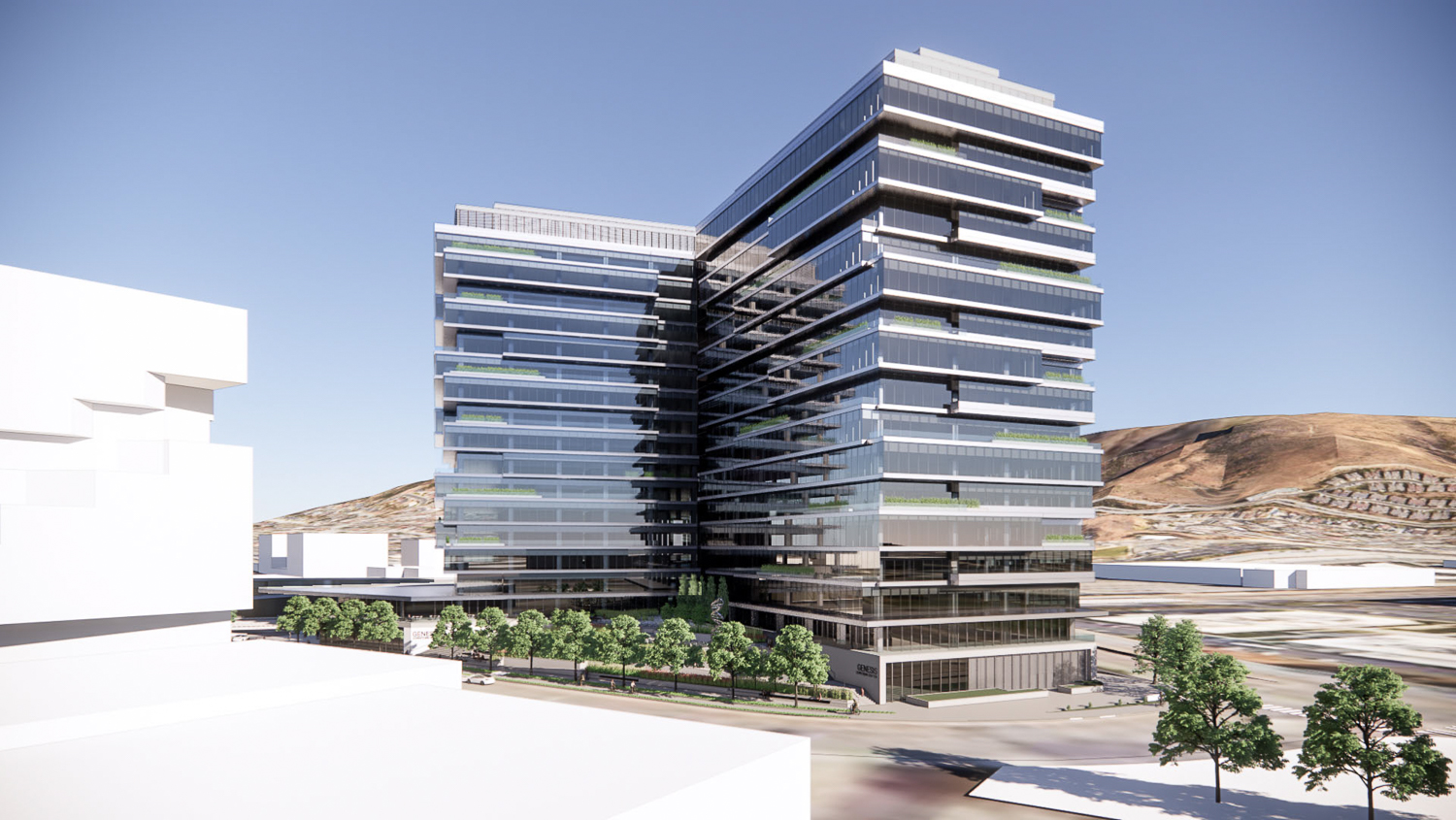 Skidmore Owings & Merrill is the project architect. The slick building will use various setbacks and terraces to produce a dynamic and varied project, even as the exterior is clad with just aluminum, glass, and concrete along the base. A dynamic oculus-punctured canopy will cover the entry at the corner of East Grand Avenue and Poletti Way.

The L-shaped building will create a triangular open space along East Grand Avenue. The triangular plot will become Confluence Plaza, a landscaped public amenity with opportunities for public art sculptures and murals. Mantle Landscape Architects will be responsible for the design. 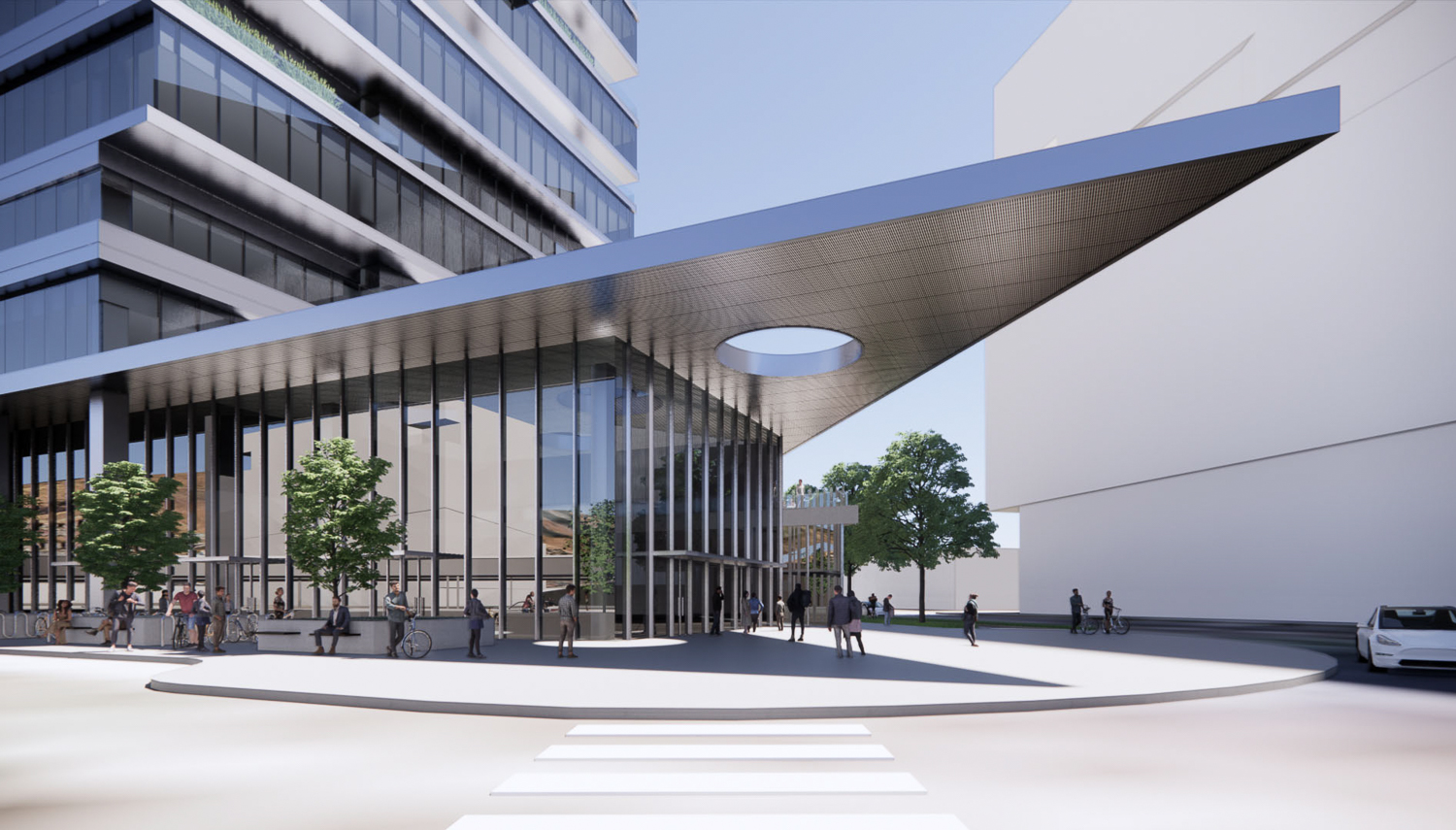 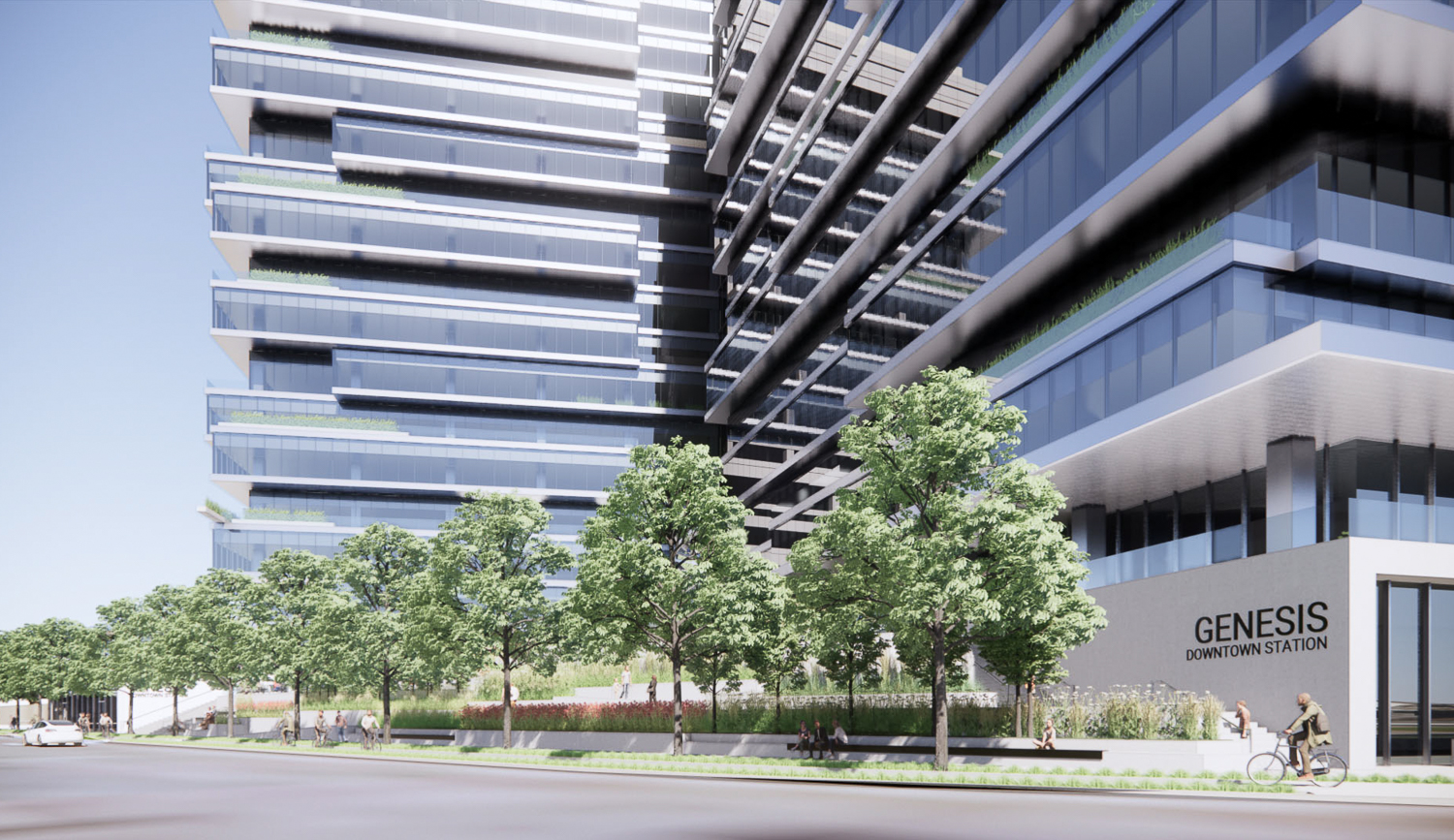 BKF will be the civil engineer, MKA, or Magnusson Klemencic Associates, will be the structural engineer, and Meyers+ will be the MEP engineer. The project aims to achieve LEED Gold and full electrification. The project is expected to generate $58.6 million from impact fees and $30.15 million for community benefits. The community benefits will include a $10 million direction contribution to the city, improvements to the area by the new Caltrain station, and funding for the formation of the Community Facilities District. 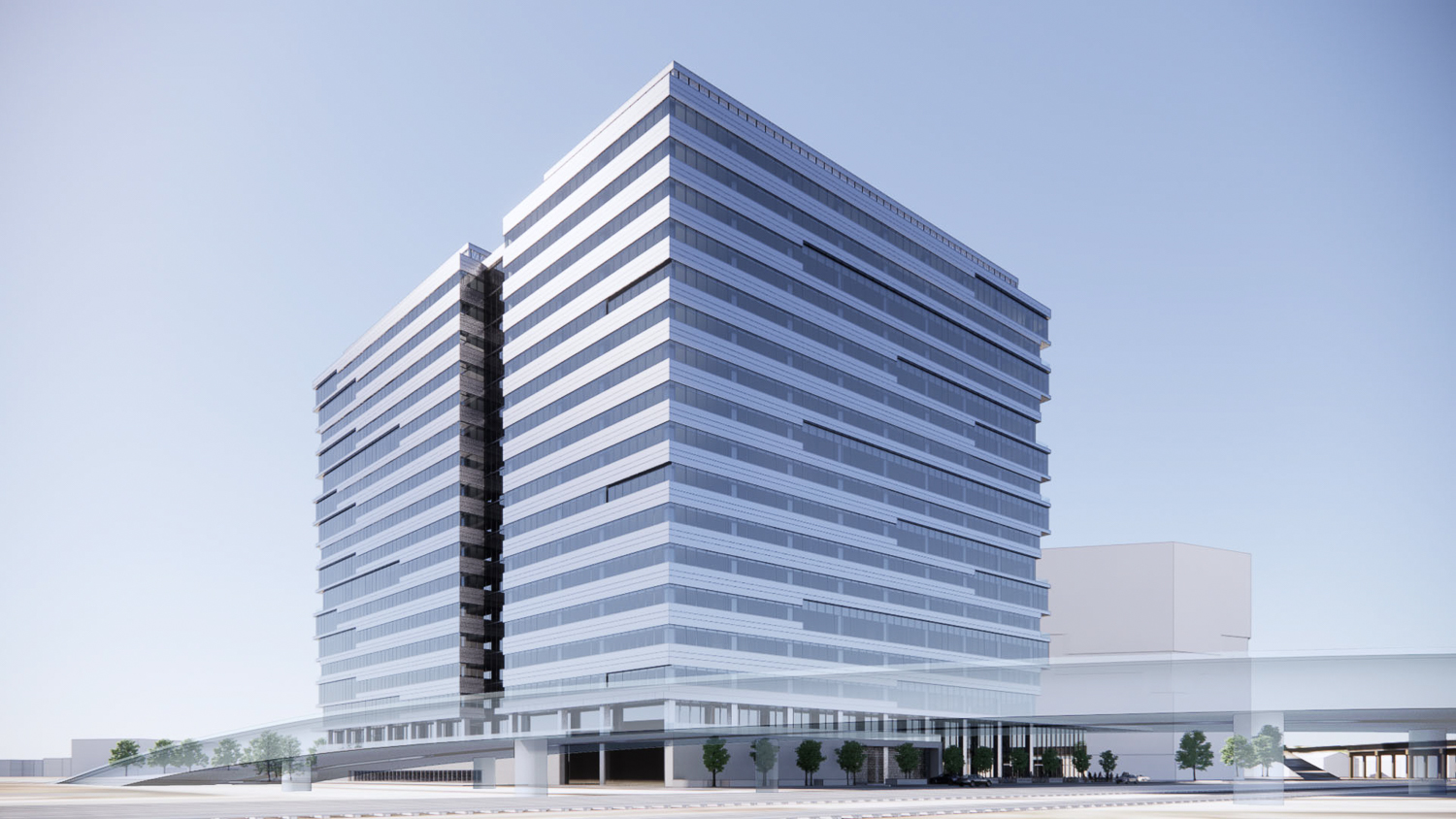 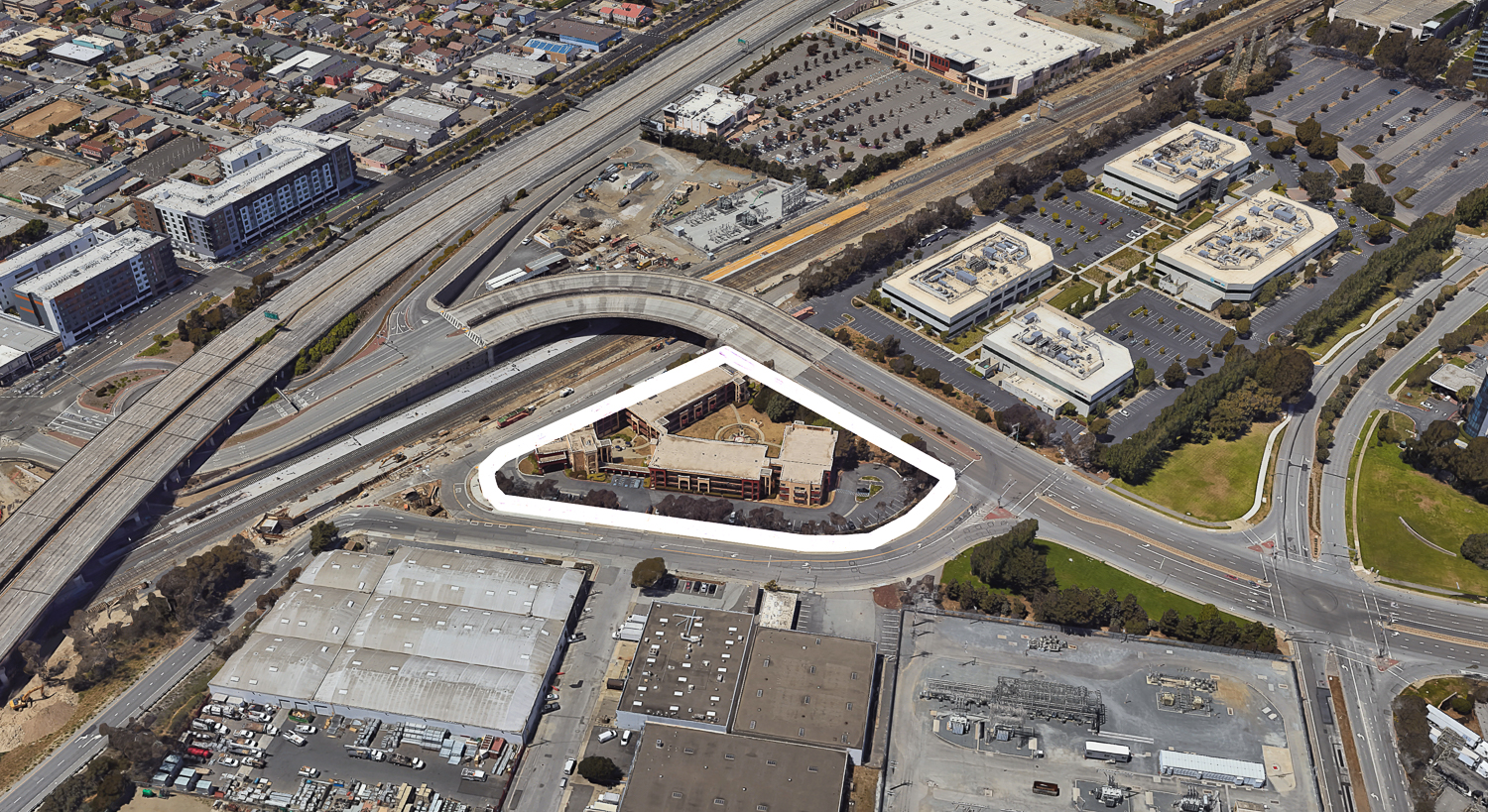 SOM is responsible for designing the Phase 3 Real Estate Partners-developed Genesis Towers overlooking the highway. The project was completed in 2019 and sold in 2020 for $1 billion. SOM and Phase 3 are also teamed up for the development of Genesis Marina, a major laboratory project currently under construction in Brisbane, San Mateo County.

The South City Planning Commission will review the project in a public meeting tomorrow, August 18th starting at 7 PM. For more information and to attend, visit the city website here.