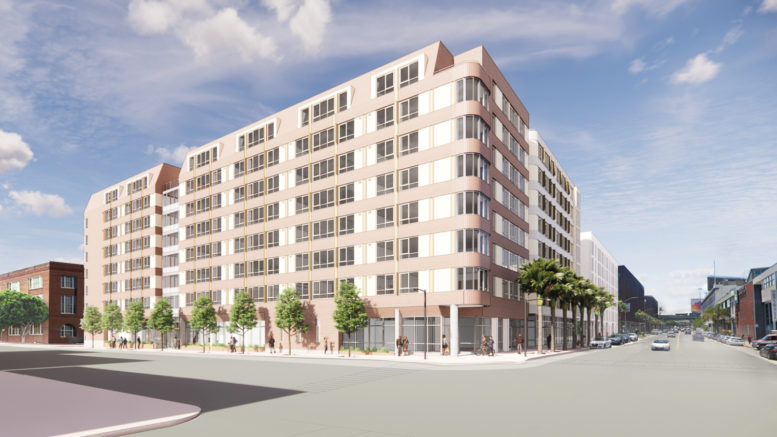 Construction work has officially started for 600 7th Street in SoMa, San Francisco. The project, named 7th and Brannan, has replaced a former surface parking lot and will open the eight-story affordable housing complex with units for formerly homeless adults and families by 2024. Mercy Housing is the project developer.

The groundbreaking was announced by Mercy along with several key players in the financing and development of 7th and Brannan, Enterprise Community Partners, Fannie Mae, Chase, and representatives for the City and County of San Francisco including Mayor London Breed. The project received $53.3 million of financing through the Low-Income Housing Tax Credit by Enterprise and Fannie Mae. Chase provided construction and permanent financing. The San Francisco Mayor’s Office of Housing and Community Development provided additional support. 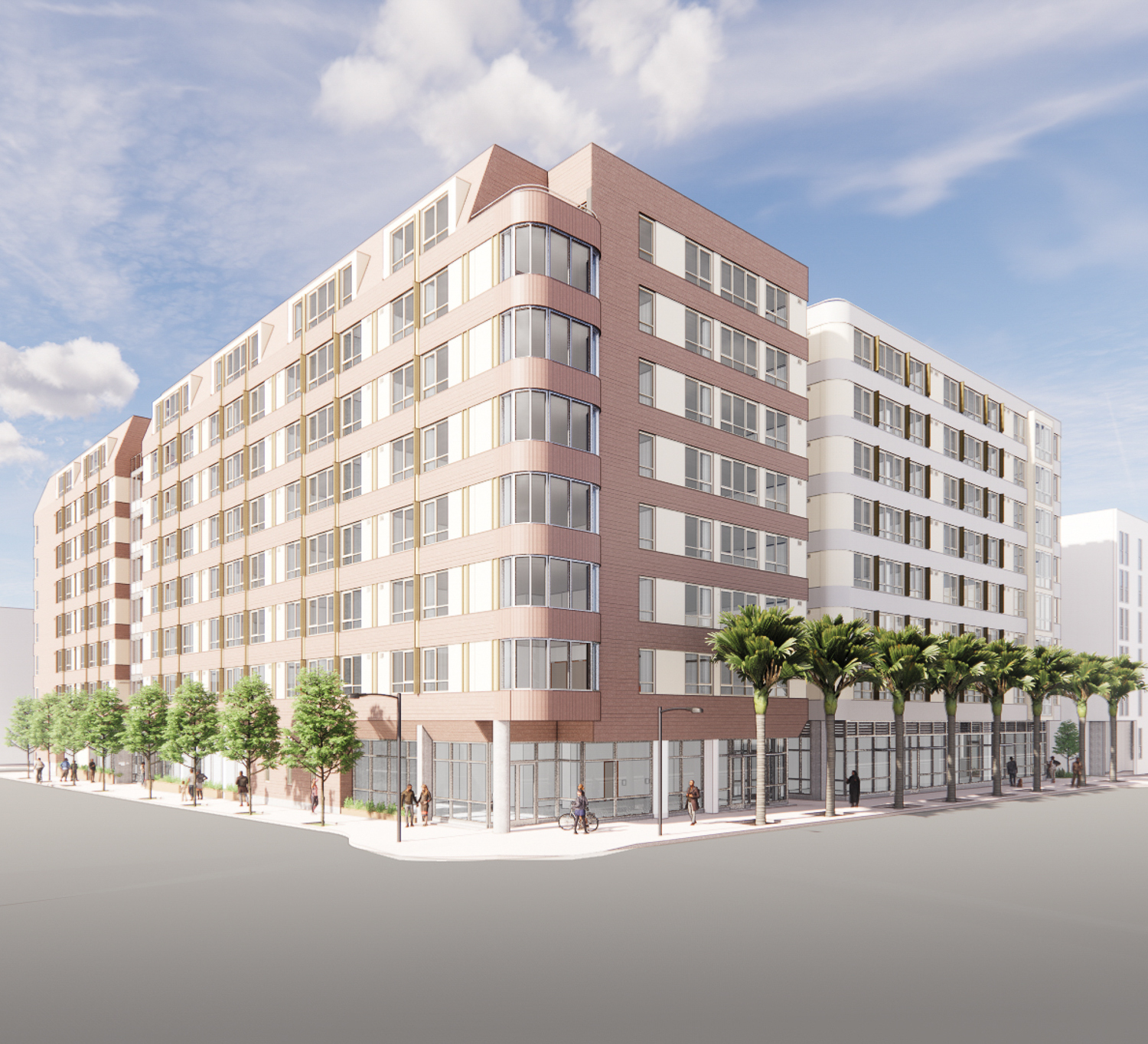 The 84-foot tall structure will yield 185,760 square feet with 181,540 square feet for residential use and 4,220 square feet for commercial retail. Parking will be included for 151 bicycles and no cars. The property spans 0.87 acres, with the building covering three-fourths of the lot. Residential amenities will include a community room, laundry, landscaped courtyard, and bicycle parking.

Unit sizes will vary with 100 studios, 23 one-bedrooms, 82 two-bedrooms, 15 three-bedrooms, and a management unit. A hundred units will be aimed at families earning around half of the Area Median Income. The remaining 120 units will offer supportive housing services for homeless families or individuals earning between 30-50% AMI. 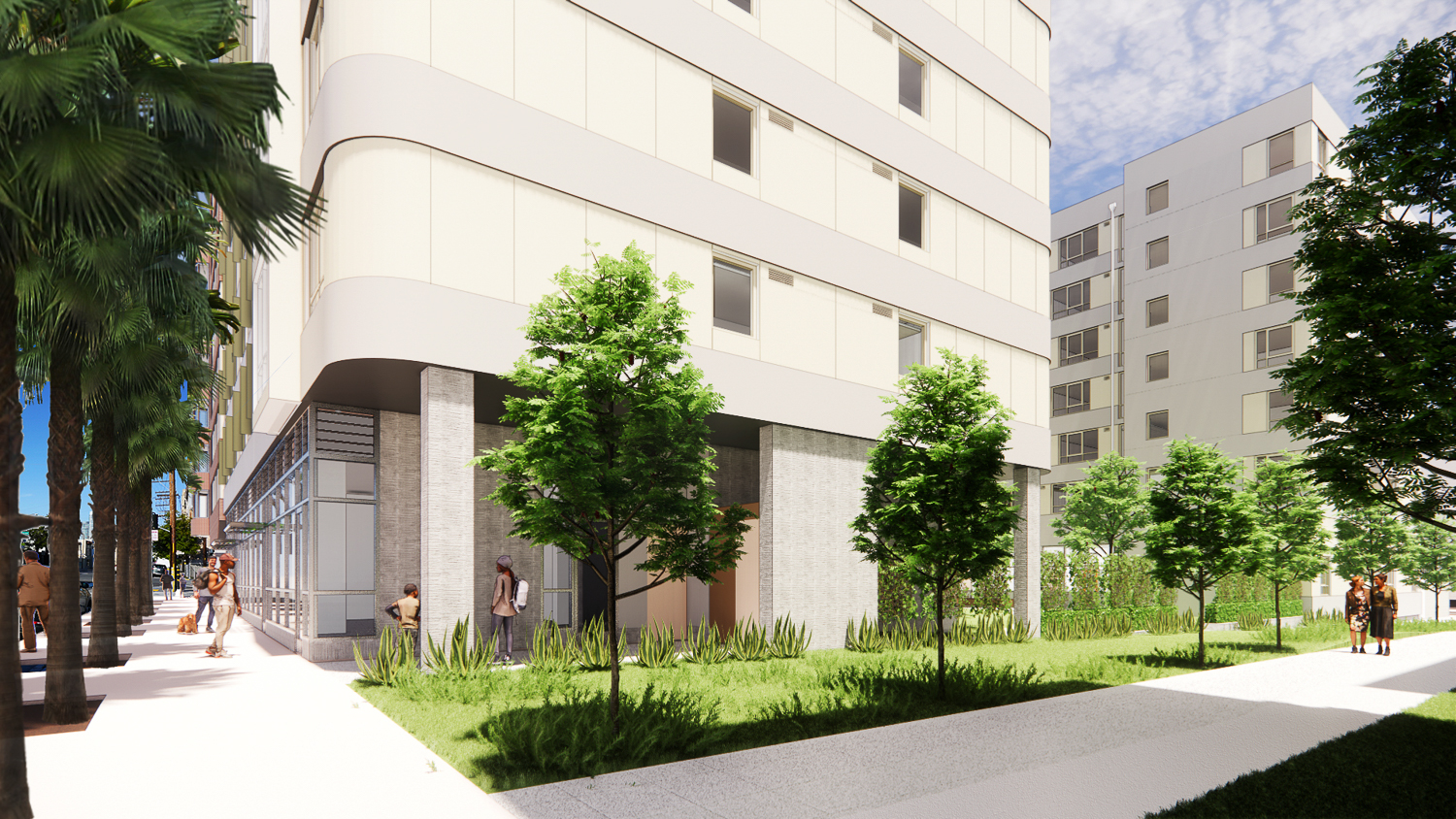 “We’ve got to prioritize preventing low-income families from becoming homeless, or being priced out of San Francisco, just as much as supporting people who are experiencing homelessness,” said MHC President Doug Shoemaker. “This development gives us the unique opportunity to do both at once.”

The project was also made possible because of a land donation by Equity Residential ahead of the development at 855 Brannan Street, an adjacent six-story 449-unit market-rate project which opened in 2017.

“Projects like this are key to the City’s work to provide permanent housing and care needed to truly improve the lives of people experiencing homelessness,” said Mayor London Breed. “7th and Brannan is just one example of what we are doing to improve this neighborhood. With eight affordable housing projects currently under construction in District 6 alone, and another eight slated to break ground over the next three years.” 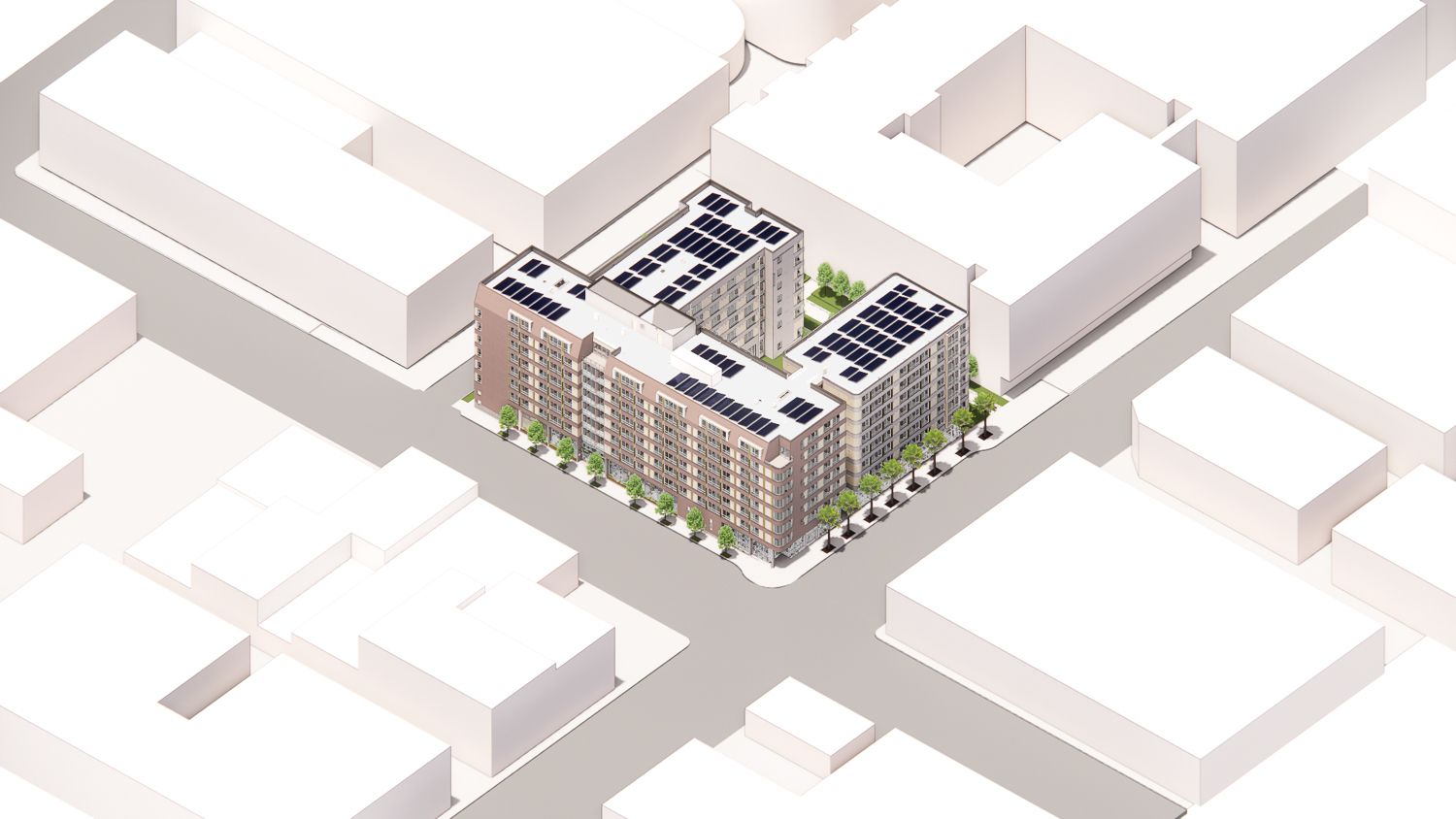 Santos Prescott + Associates is the project architect, with both Suffolk Construction and Guzman Construction Group as contractors. The first residents will move in by the summer of 2024, with property management by Mercy Housing and supportive housing services by the Episcopal Community Services.