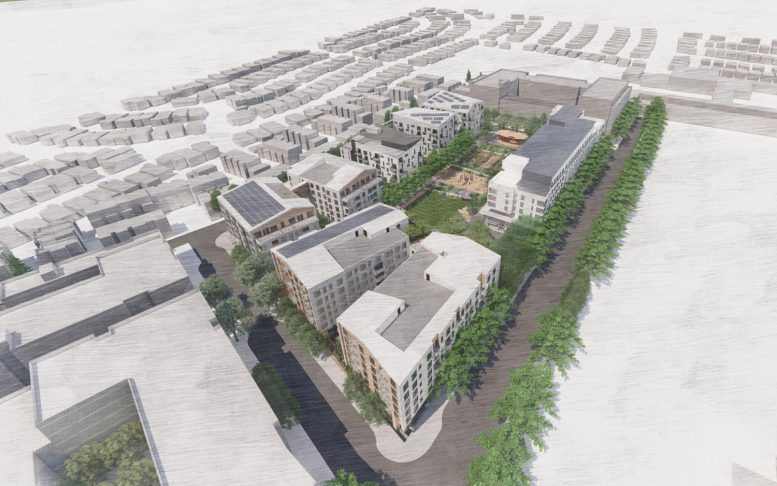 New renderings have been revealed for Blocks C, D, E, and F of the Balboa Reservoir development plan around 11 Frida Kahlo Way in San Francisco. The project will rise across from the City College of San Francisco campus, replacing 17 acres of surface parking and open land with over a thousand mixed-income apartments, retail, and childcare facilities. Balboa Reservoir is a joint venture between BRIDGE Housing and AvalonBay Communities. 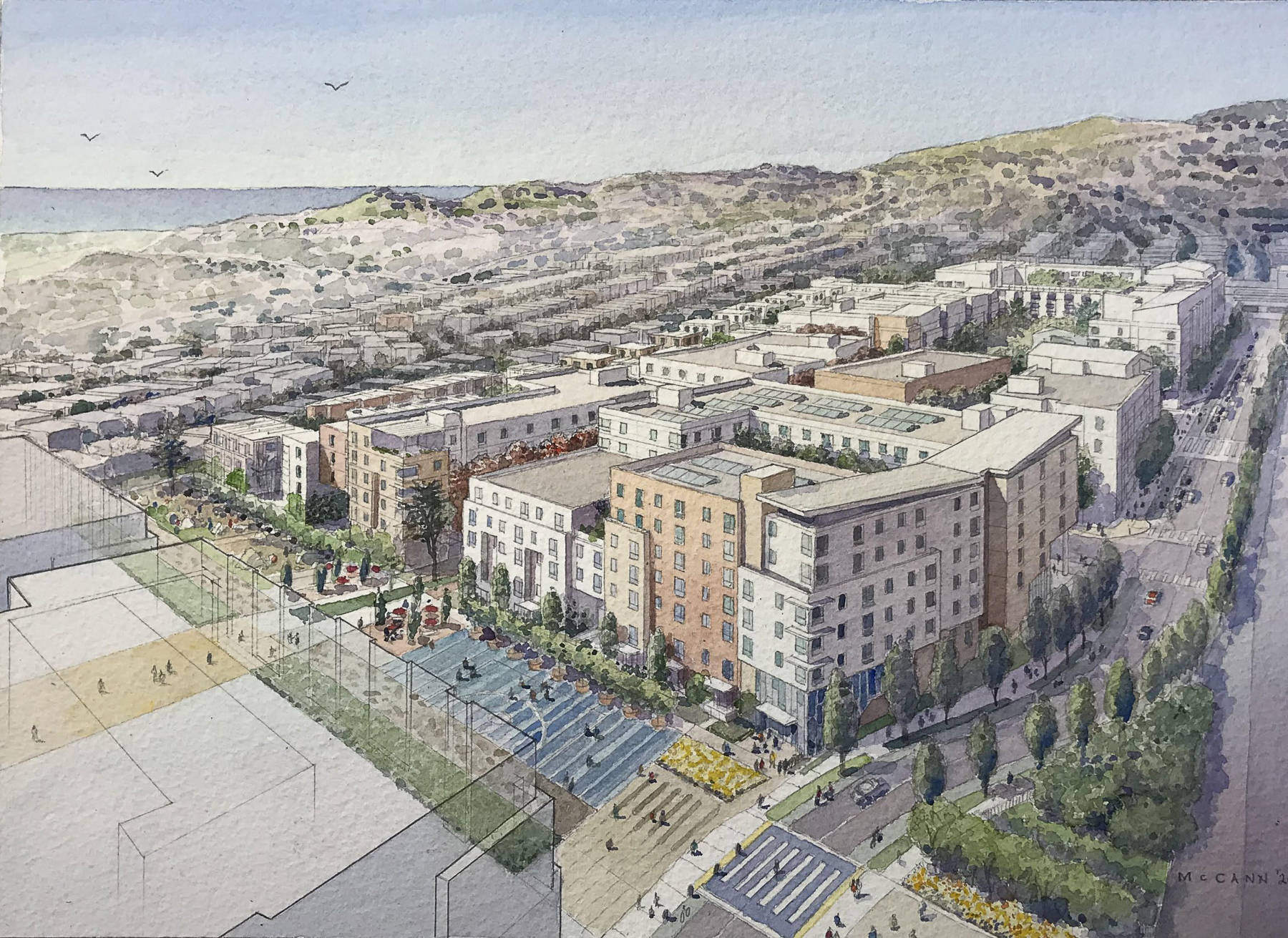 At full buildout, Balboa Reservoir will create over 1,100 units with four acres of open space. Half of the homes will be affordable for low and moderate-income households in apartments or townhomes. Along with the open green space, Balboa Reservoir will include a childcare facility managed for a mix of incomes and over $10 million of Transportation Sustainability Fees paid to the City for transit and infrastructure improvements. 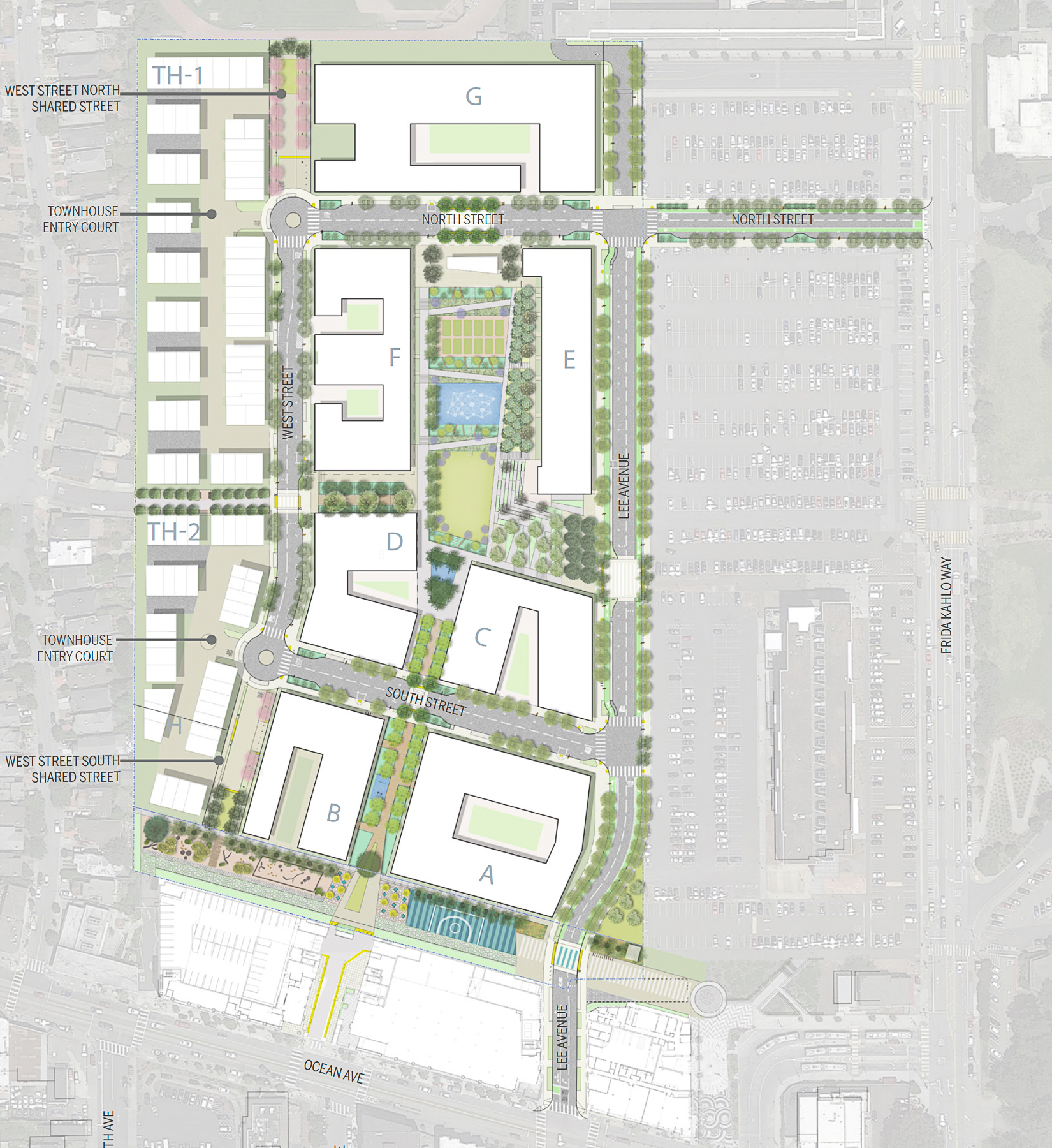 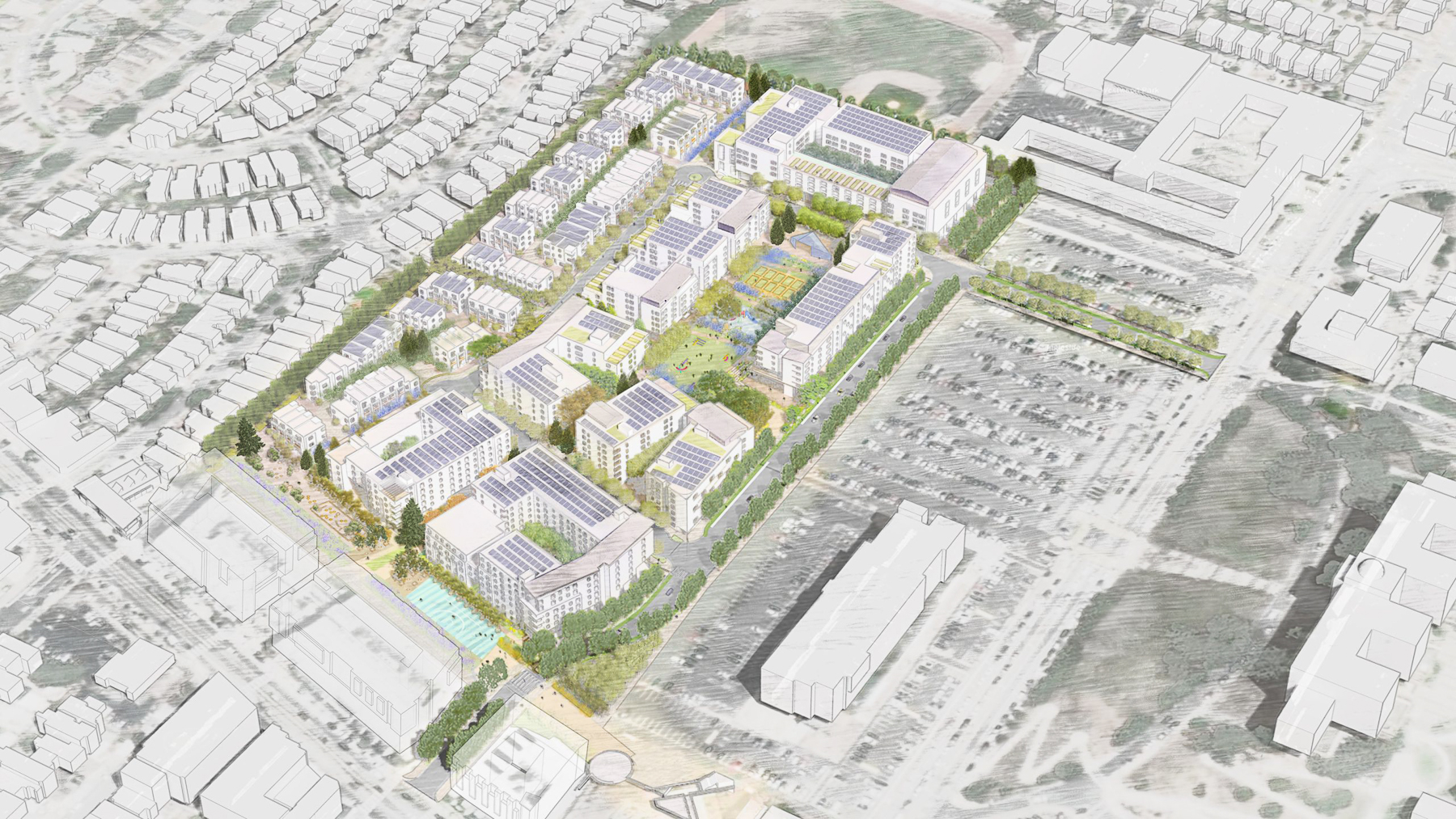 BRIDGE Housing, AvalonBay Communities, Mission Housing Development Corporation, Pacific Union Development Company, and Habitat for Humanity will be involved with the development process. Master planning is a collaboration between Van Meter Williams Pollack and PYATOK Architects, while GLS Landscape Architects is responsible for the landscape architecture. 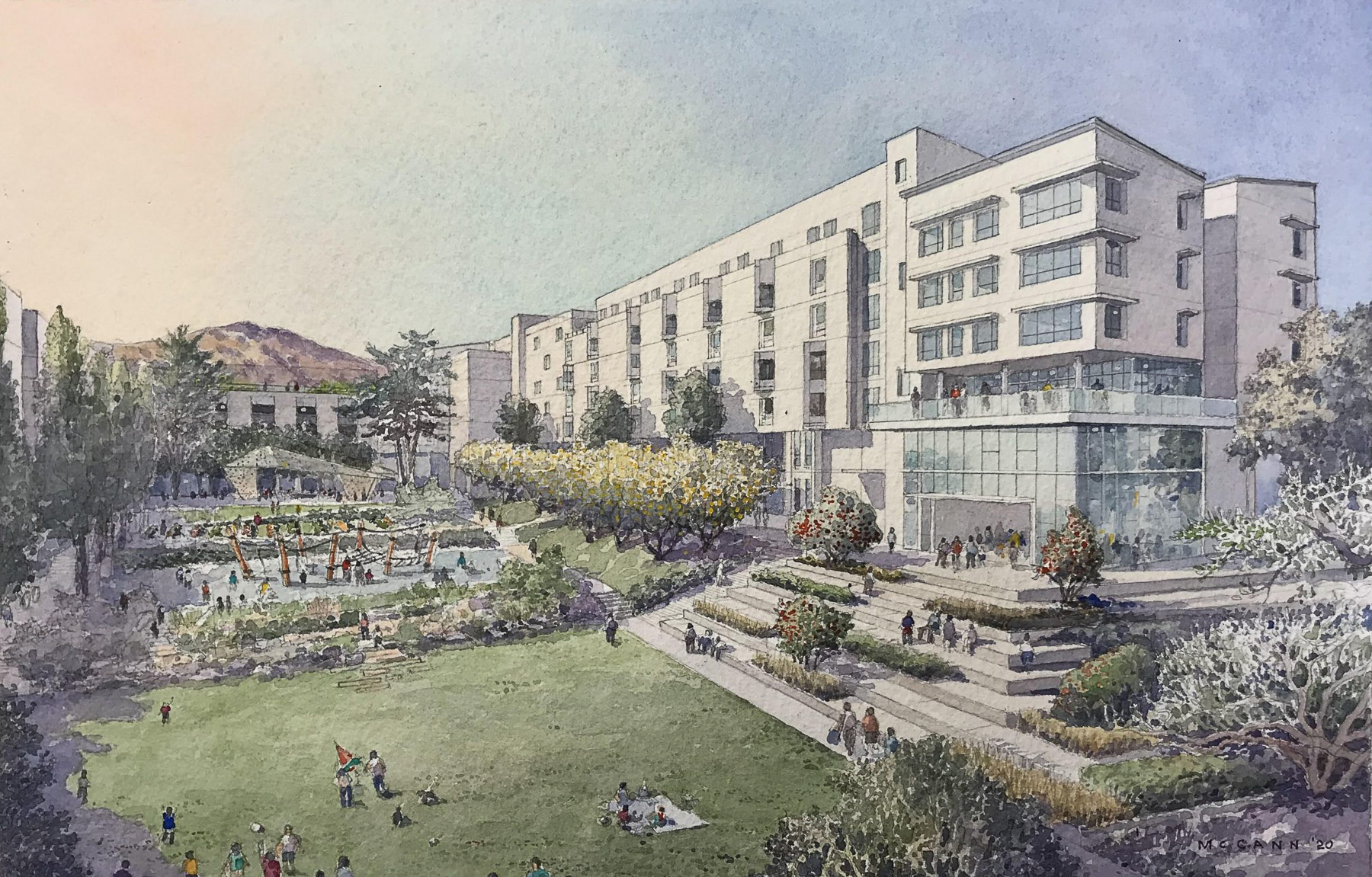 Speaking about the project after the Board of Supervisors approved Balboa in mid-2020, Board President Norman Yee reflected on the benefits of the project, sharing that “the neighbors and the City College community were deeply engaged with shaping the project. We have come a long way and I believe we achieved the best possible project to bring online 550 affordable new homes for low- and middle-income families in perpetuity. City College educators and staff will also get first preference to 150 educator housing units.” 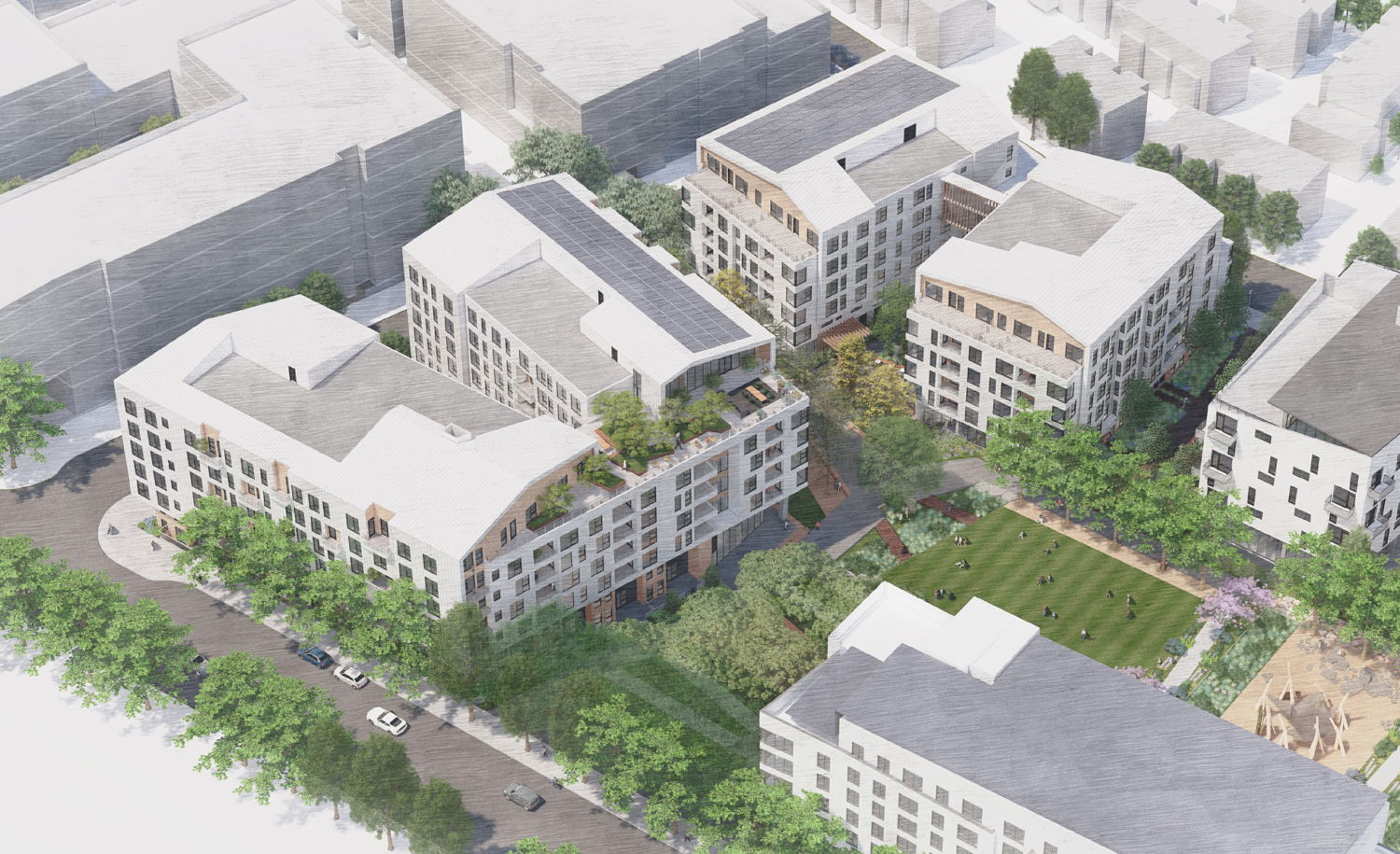 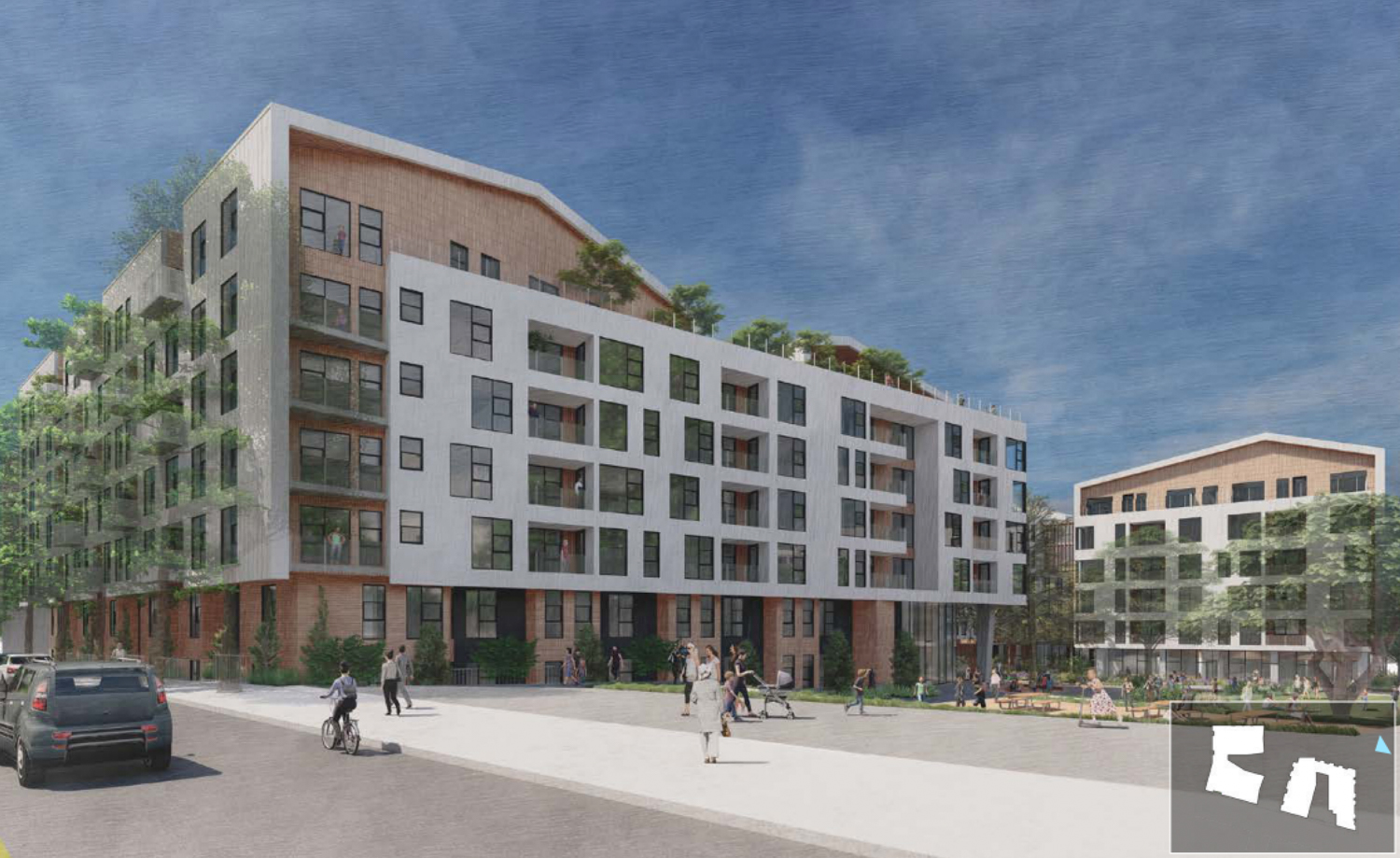 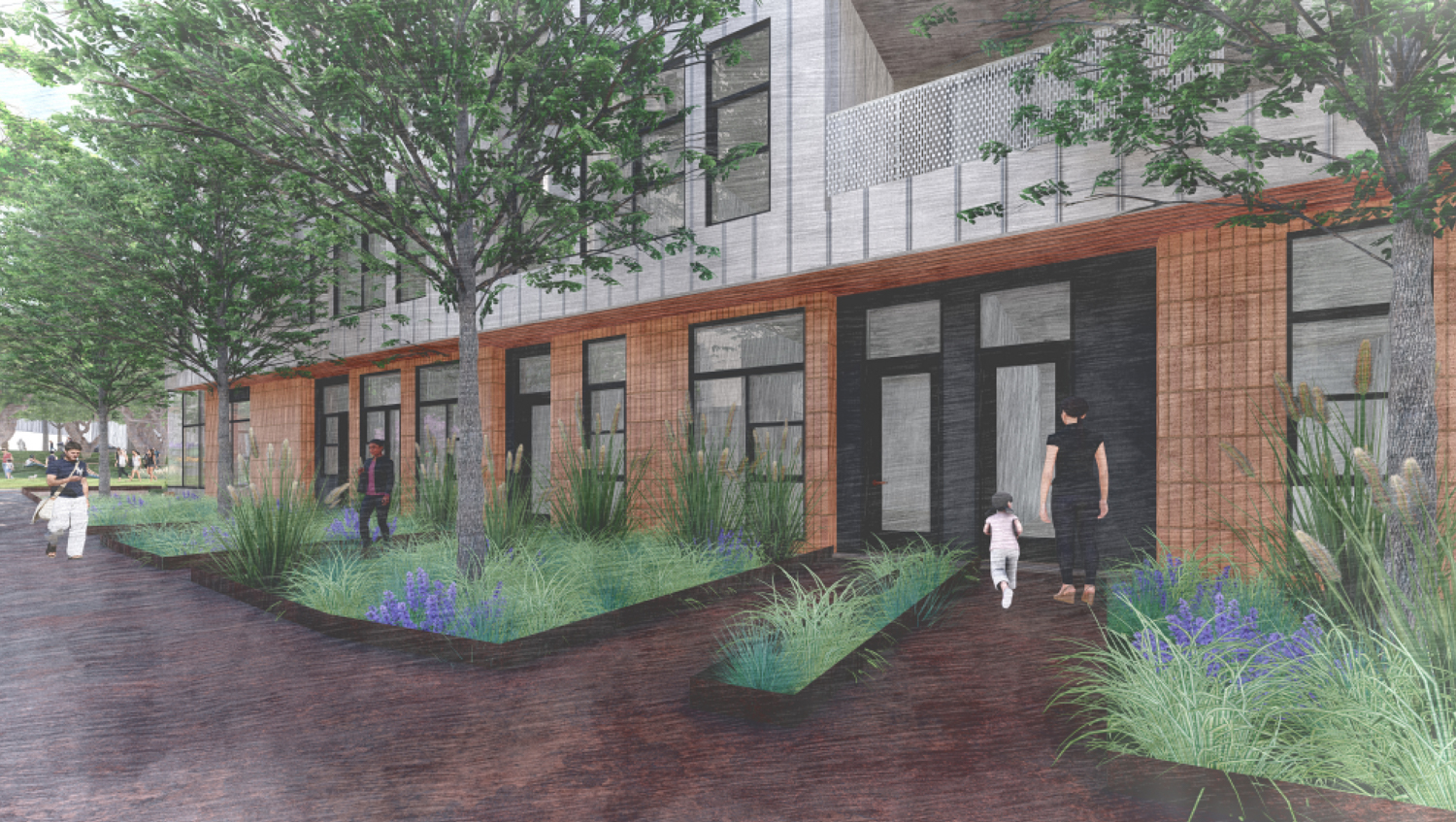 Blocks C and D will be privately funded market-rate multifamily housing developed by AvalonBay and designed by Pyatok. The two buildings will share a 51,900 square foot parking facility with a capacity for 148 cars, storage included for 214 bicycles. Block C will yield 153,680 square feet with 147 apartments across seven floors. Building D will yield 108,190 square feet for 102 units across six floors. Brighton Paseo will separate the buildings. 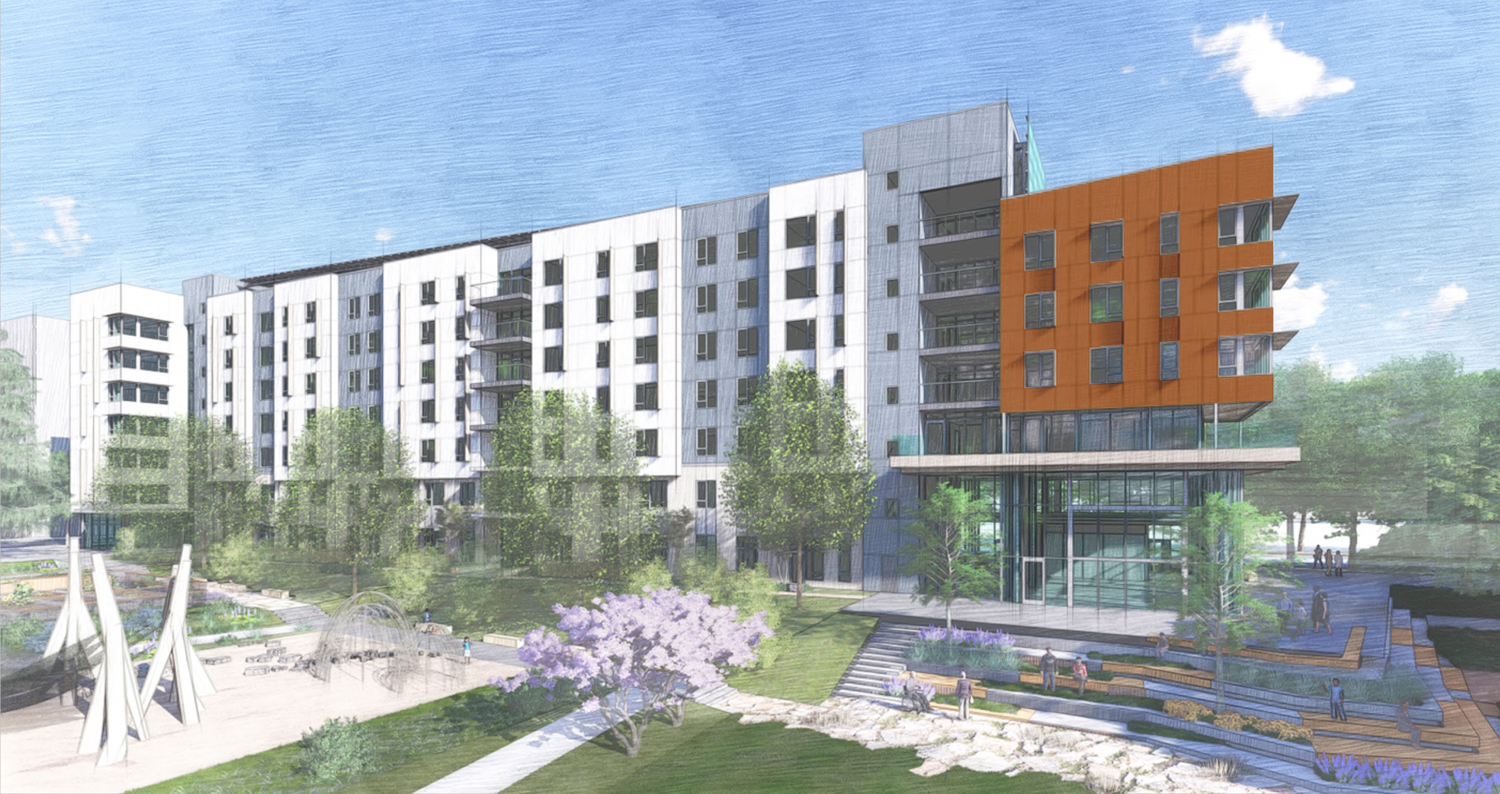 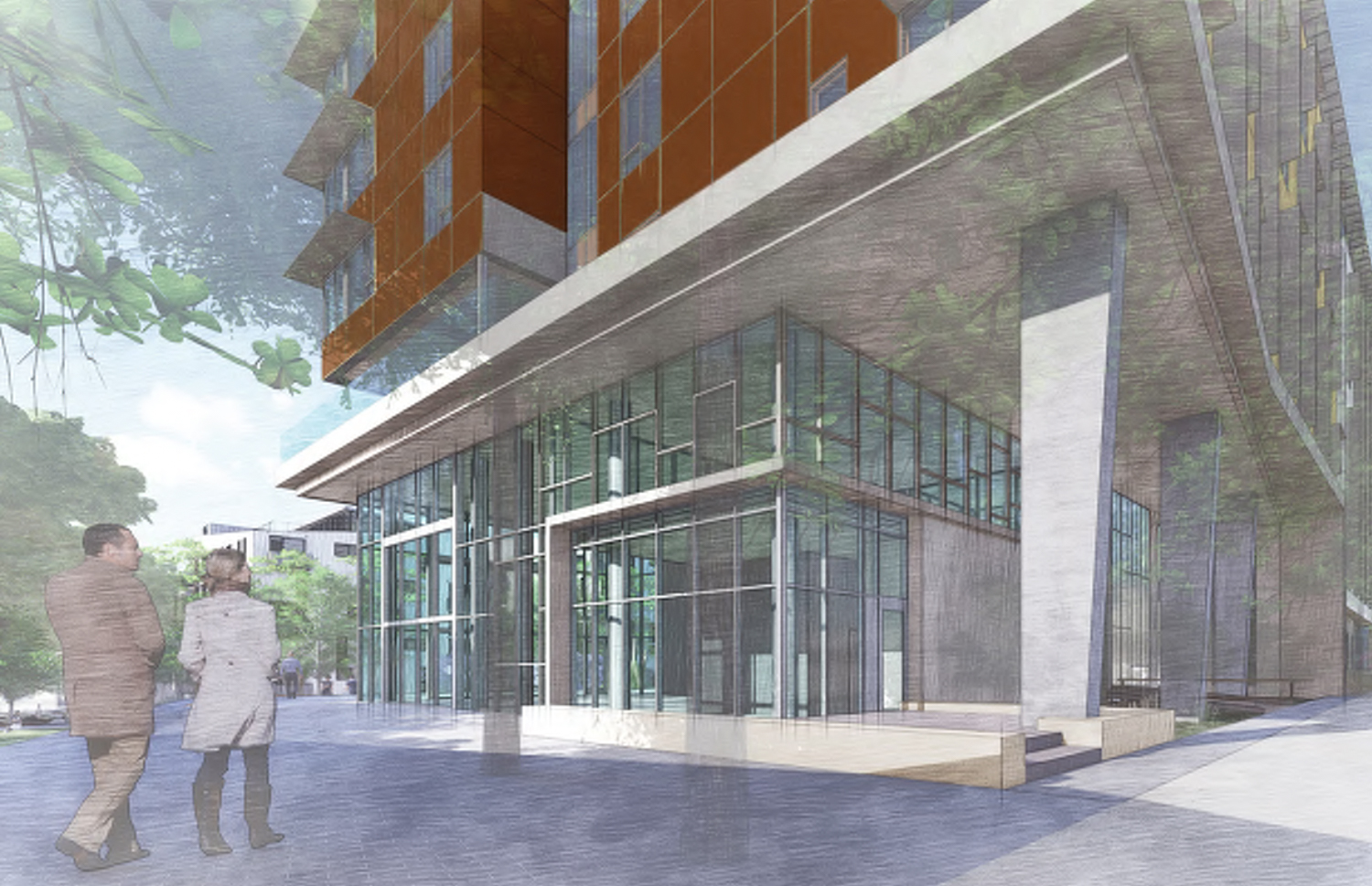 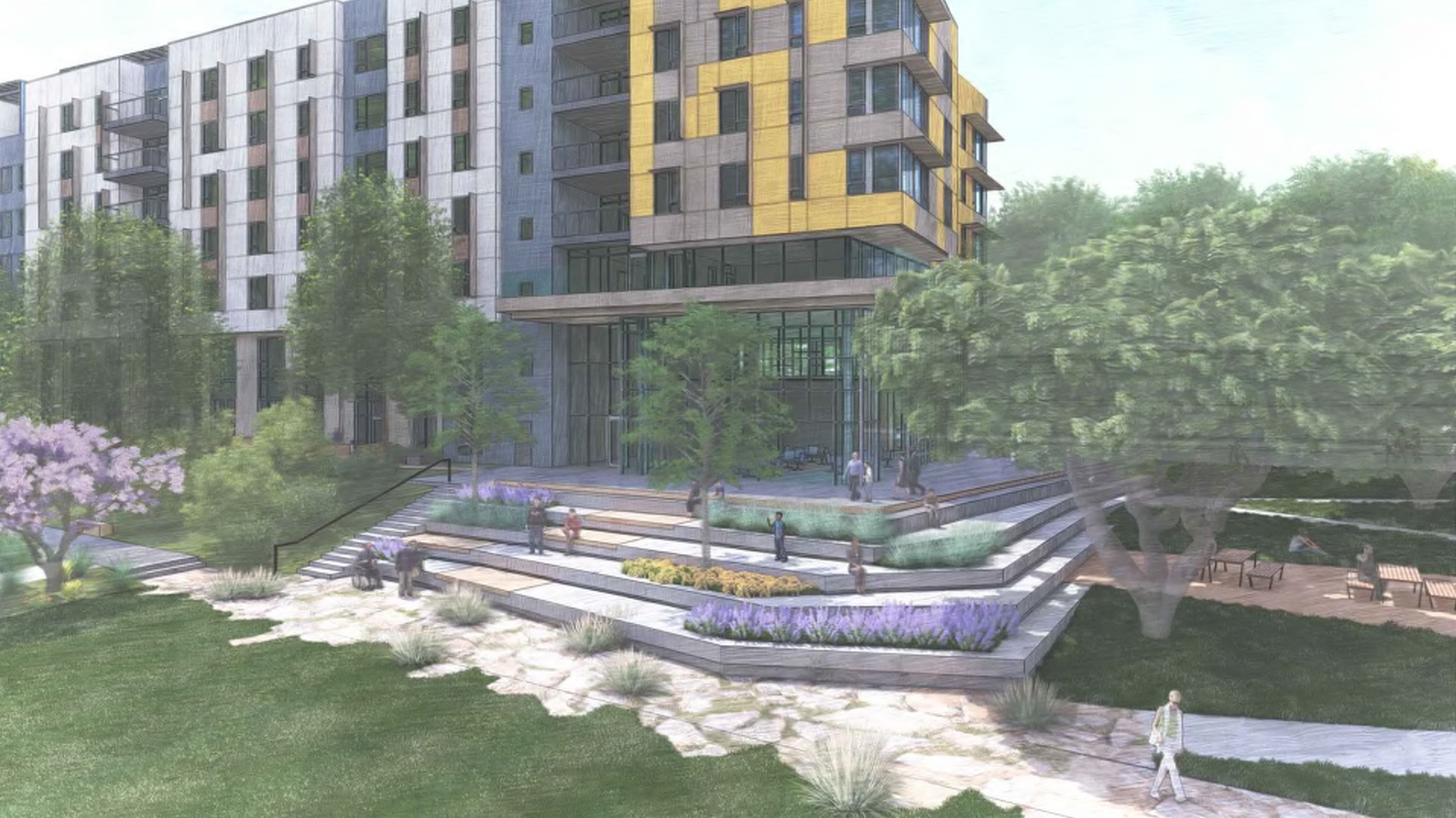 Block E will be an affordable housing development with 126 units. Aside from two building staff units, 124 units will be marketed as affordable, managed by Bridge Housing. The seven-story building will yield 154,610 square feet with 113,590 square feet for residential use, 9,280 square feet of common space, and 2,490 square feet of open space. Parking will be included on-site for 126 bicycles and no cars. Van Meter Williams Pollack will be collaborating with YA Studio in the design and architecture. 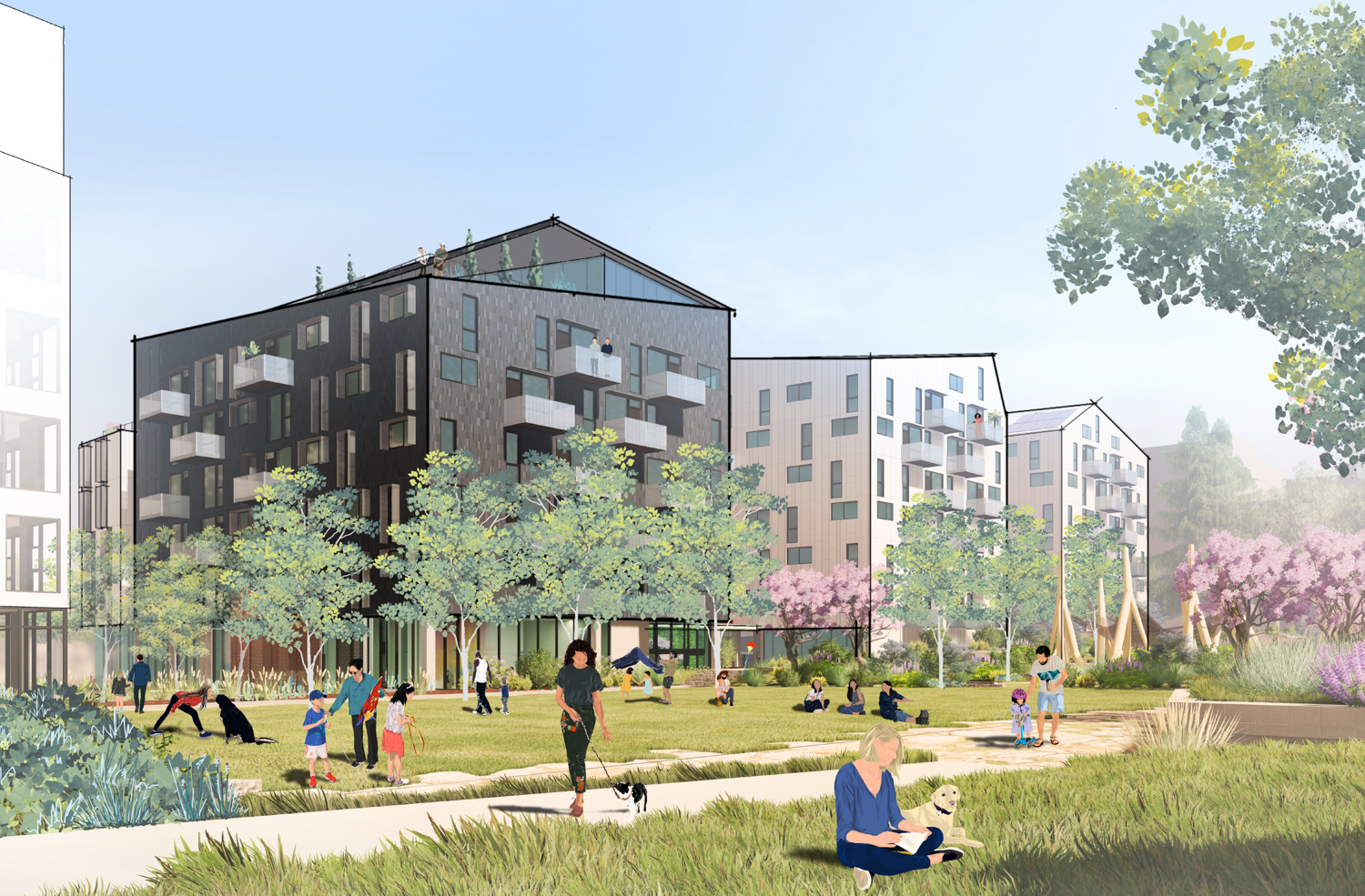 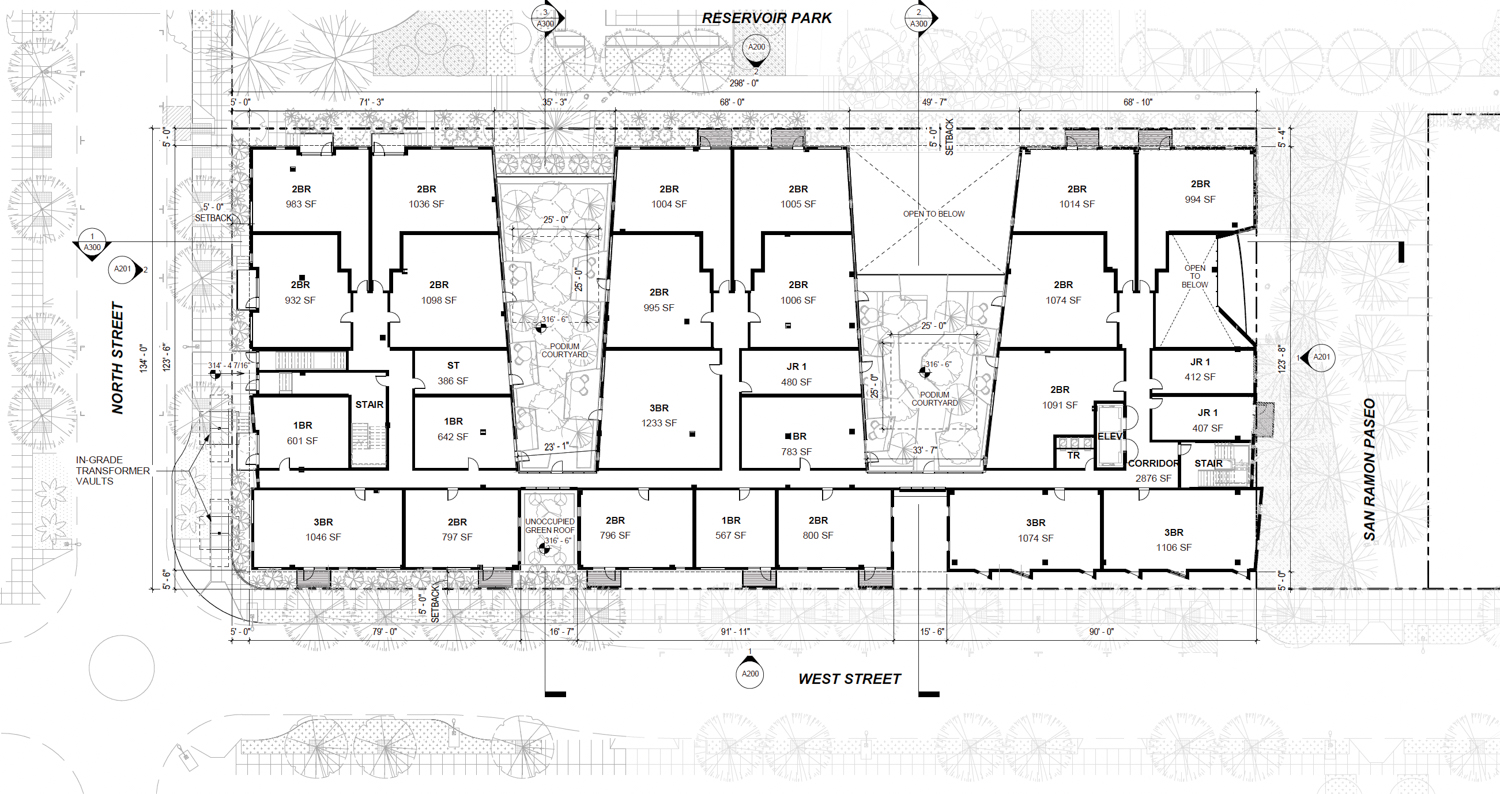 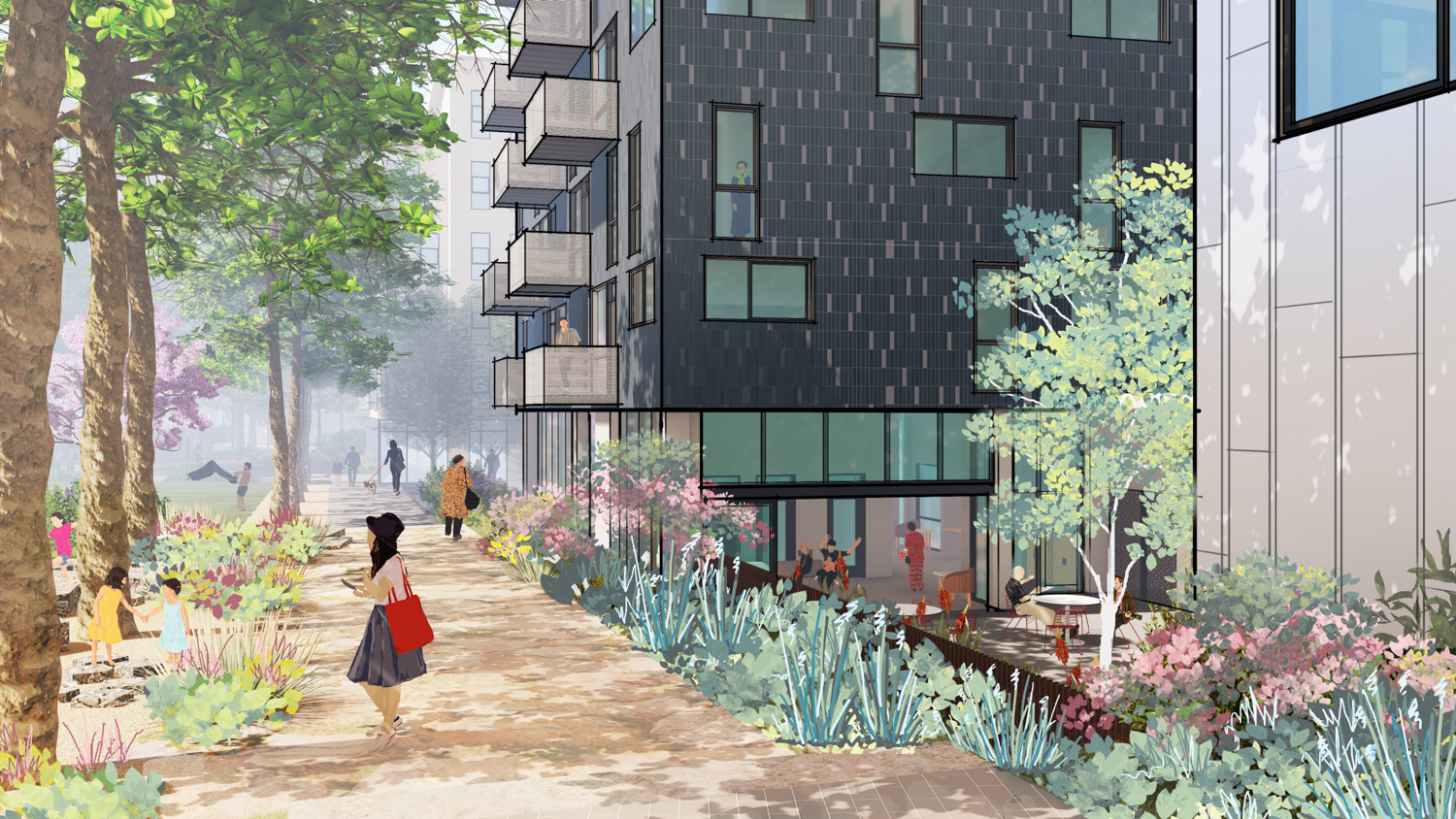 Block F will be a teacher-oriented housing development, offering 151 units with the first offer to CCSF and SFUSD educators. The seven-story structure will yield 189,510 square feet with 130,500 square feet for residential use and 15,980 square feet for 83-car parking. David Baker Architects and Min Design will be jointly responsible for the architecture.

Residents will be around ten minutes away from the Balboa Park BART Station. Along the way, Ocean Avenue offers a range of retail and grocery options along with light rail and bus stops.

Construction is expected to start in the summer of 2022.