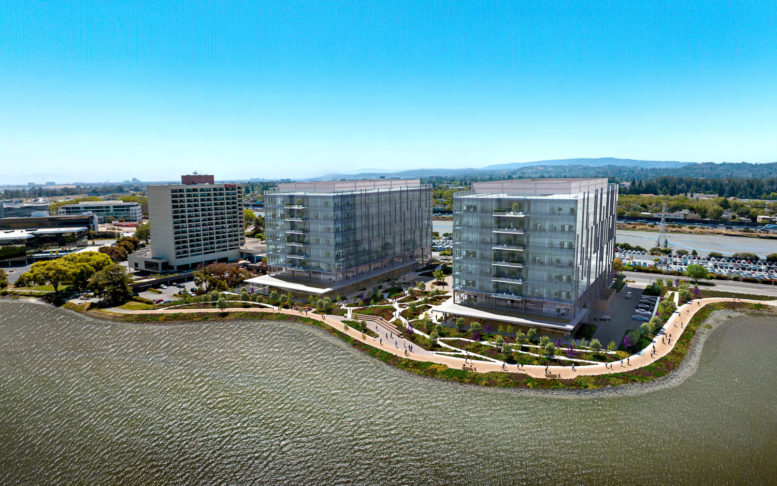 The Burlingame Planning Commission is scheduled to review the proposed design for 620 Airport Boulevard during a public meeting tonight. The plans include two eight-story office buildings above a podium courtyard and parking along the San Mateo County bayfront. The project is listed as owned by Boca Lake Office Inc, a subsidiary led by Lawrence Lui, a prolific developer of hotels and housing across the country.

The project will span a 3.7-acre lot, creating 793,010 square feet of floor area with 448,800 square feet of office space between the west and east buildings, 34,580 square feet within the podiums, and 309,630 square feet for the two-level basement garage with the capacity for 838 cars and 84 bicycles. The parking capacity, while outrageously large, represents a 20% reduction from what the typical city zoning rules would require.

Mountain View-based DGA is the project architect. The curtain-wall glass exterior will feature shadow box framing, with texture added by the mullion extension fins. There will be cement and solid concrete or stone veneer on the base of the towers to visually symbolize the strong foundation. BKF is consulting for civil engineering. 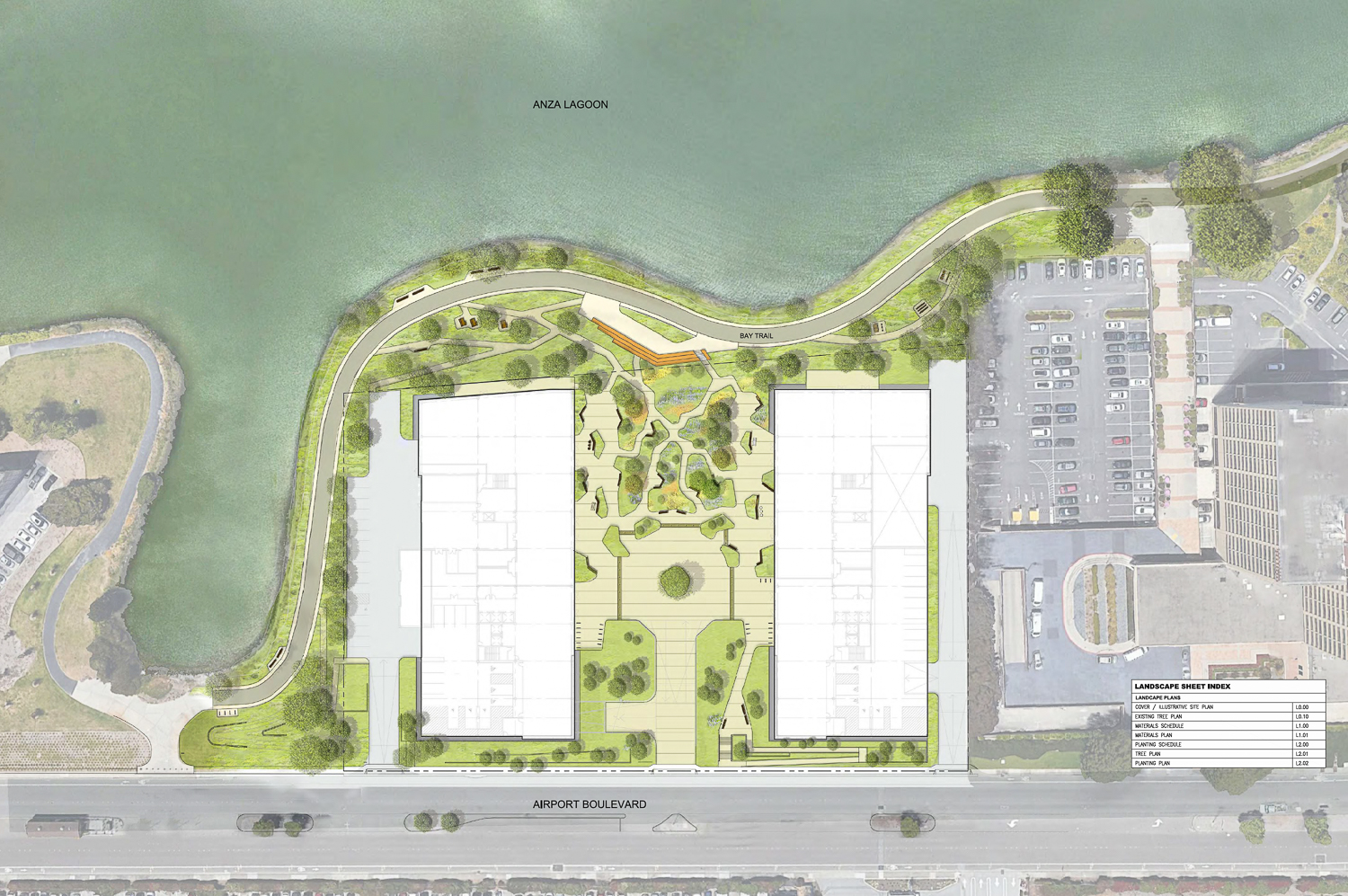 CMG is the landscape architect. The two towers rise on top of the podium, capped with a sprawling landscaped courtyard. The area is designed with a large open plaza area close to Airport Boulevard with a clear connection to the two building lobbies. Further north, the open plaza transforms into various narrow pathways to be surrounded by planters and trees, eventually connecting at various points with the Bay Trail, an extensive regional passage for pedestrians and cyclists.

The property is located along Anza Lagoon, next to the bayfront Hilton San Francisco Airport, owned by Stanford Hotels, the firm founded by Lawrence Lui.

The property owner, Boca Lake Office, is listed as connected with Vassar Properties and shares a San Francisco office address with Stanford Hotels. Lui is also a founding member and president of Cresleigh Homes, which focuses on multi-family housing in Sacramento. Cresleigh Homes is the property owner for the famed 2918 Mission Street, which was the historic laundromat’s location until its demolition earlier this year. 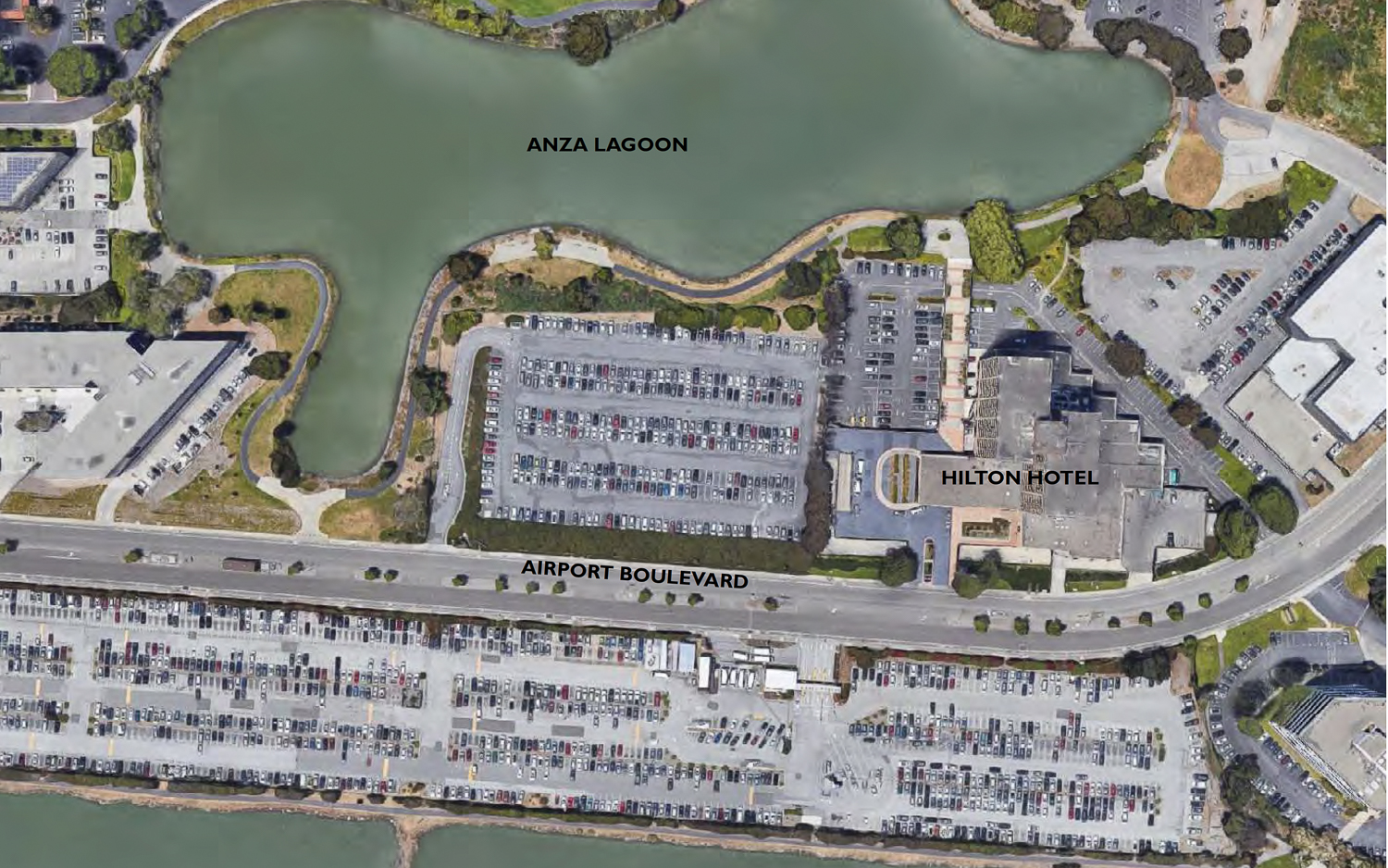 Following the design review study, the project developer is currently seeking entitlements for the construction of the two buildings. The meeting is scheduled to start today, September 26th, at 7 PM. For more information about the public event and how to attend, visit the meeting agenda here.

Be the first to comment on "Meeting Tonight for 620 Airport Boulevard, Burlingame, San Mateo County"